What Reason Do I Have to be Depressed? 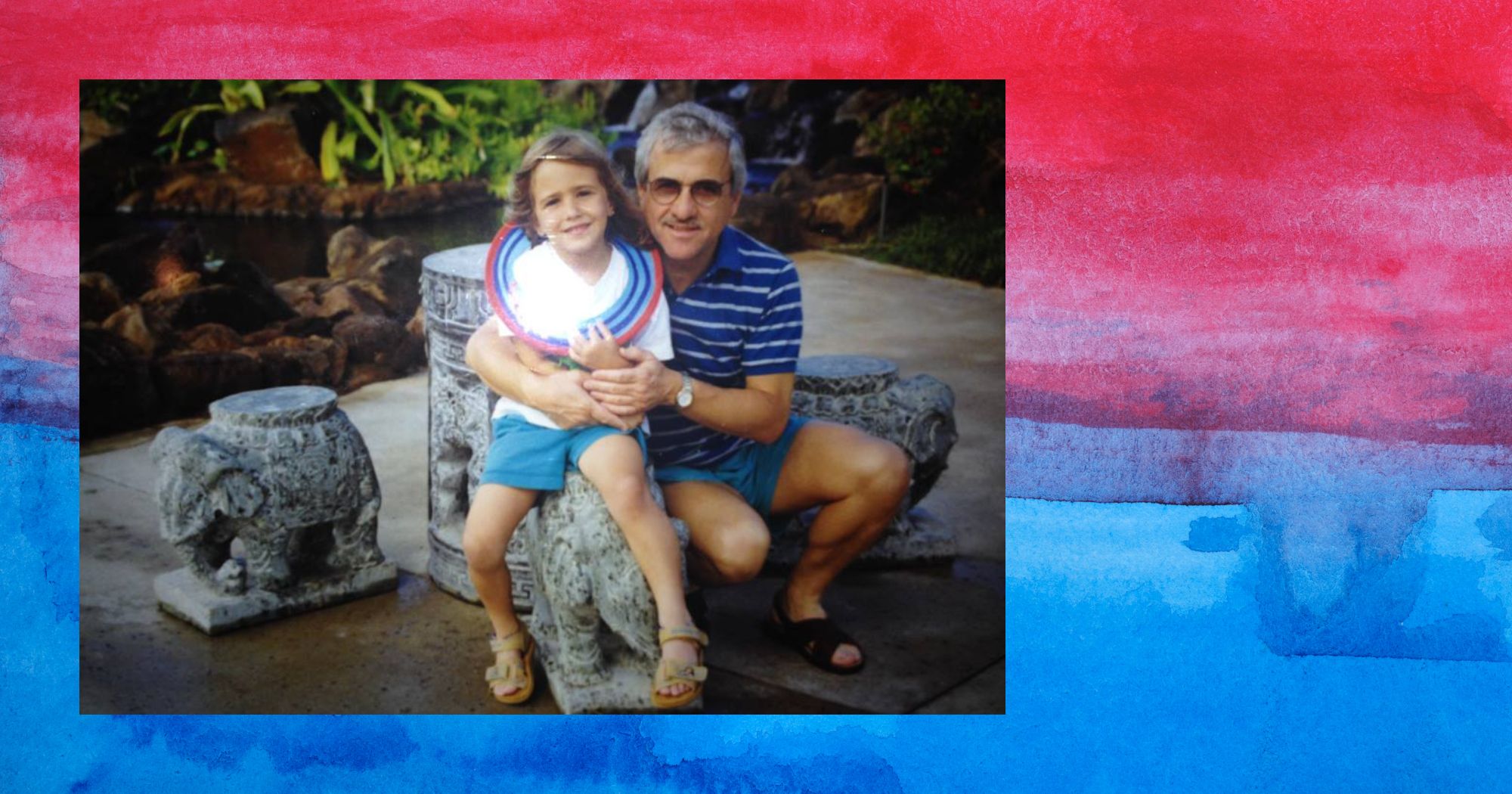 What Reason Do I Have to be Depressed?

Early one morning towards the end of a mostly sober summer at my parents’ house in the East Bay Hills, I woke with a heavy feeling in my chest and the following thought pressing against my brain: “None of this is going to last.”

Depression wasn’t new to me. My struggle with it dates as far back as seventh grade. Still, the early tween depression of that time felt different. It seemed, in retrospect, like a logical response to my life circumstances back then: the lack of meaningful human connection; the misalignment between my temperament and surrounding environment; and the sense of having little control over my life.

This time no objective reason seemed to underlie the fog of melancholy; I was twenty now, and my life was populated with diverse friendships and daily focus. Ample opportunities abounded in my vibrant college community, far more than I’d ever had in my childhood hometown. Access to resources and social events were plentiful.

What reason did I have to be depressed?

About a month or two before the summer that followed my sophomore year of college, I decided to stop taking the anti-depressant that I’d been on since high school. I seemed to be doing better, and I didn’t want to be taking medication unless it was absolutely necessary.

Initially, no negative side effects resulted from this decision. In fact for most of the summer, my emotions remained more or less stable. 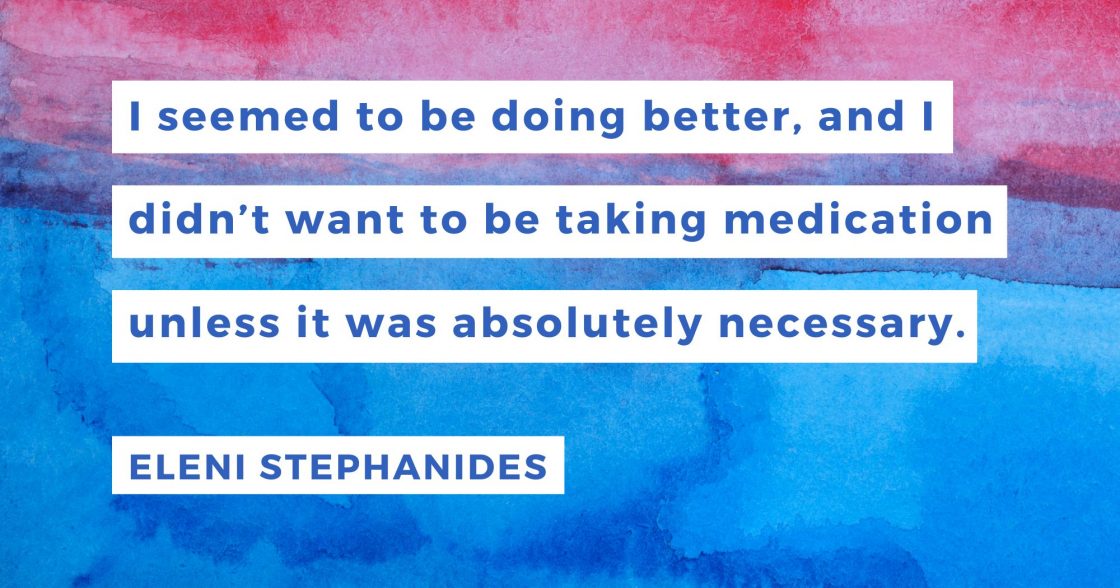 Only now, months later and seemingly out of nowhere, had this sinister and uninvited thought guest suddenly arrived.

It followed me from my parents’ house in Oakland up to Yolo County, where my third year of classes at UC Davis was about to resume. Once there it stayed with me all day—following me around campus when I went to register for classes; present when I conversed with the teachers and friends I saw in passing. It stayed when I tried to smile while responding to questions like,  “How was your summer?” and compliments like, “Cute new bike!”

Days passed, and then weeks. As the current of junior year swept me along and I busied myself with classes, friends, and clubs, the thoughts faded into the background, allowing me to focus on the day-to-day.

Come November though, they returned full-force, plummeting me into an all-consuming depression that, this time, did not go away.

Running, a hobby that had once brought immense catharsis, now felt like a chore. Where before I’d been able to joyously prance two consecutive laps around the three and a half mile Lake Merritt (and bask in the endorphin rush that followed), now I considered it a feat if I could manage a jog down the block to the J Street playground and back.

My head was so muddled that, for the first time ever, I found myself on the brink of failing a class (Spanish linguistics). As I worked on the take-home final exam for it one night in the student lounge with three other classmates, I kept trying to keep the thoughts at bay. Still, they continued coming back.

None of what we’re writing matters. All of these perfunctory daily actions won’t rescue us from our fate, they said to me, as they hoisted another hefty scoop of my brainpower and emotional energy into the back of their nihilistic dump truck. 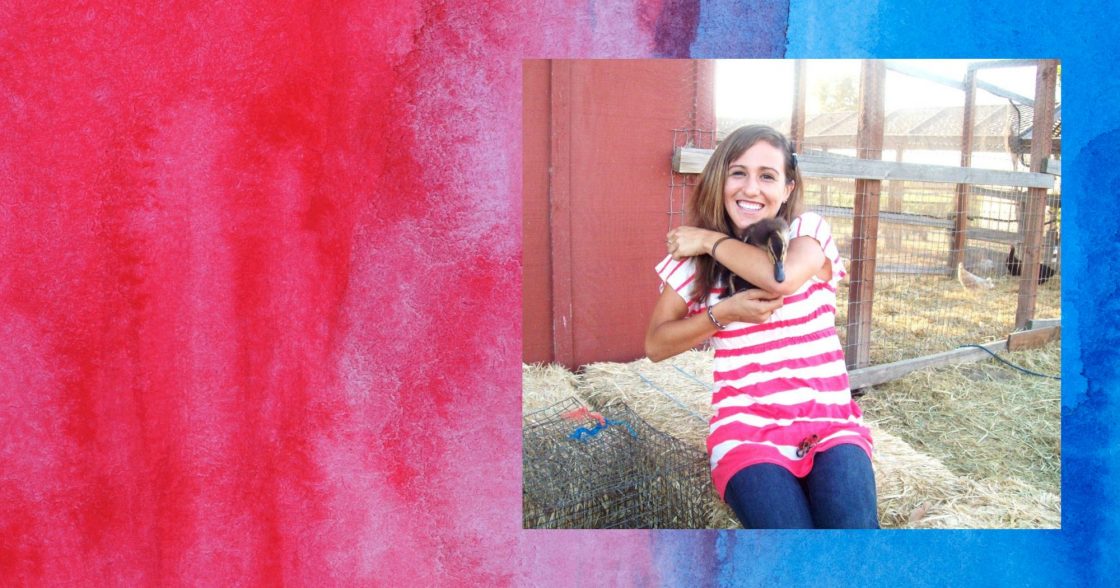 As my default state slipped further into zombie mode, the little things that once excited me now left me numb and indifferent. Sleep problems began to plague me. I’d lay awake for hours, my racing mind holding me hostage. Or I’d wake multiple times throughout the night feeling like my body was in a war-zone.

There were also moments when I just cried. Inconsolably, because (I believed at the time) no one could relate to what I was going through.

Friends offered what they could, but the majority couldn’t understand—and I didn’t blame them for this.

Healthy twenty-year-olds aren’t supposed to worry about these kinds of things, I acknowledged to myself.

I couldn’t see the value in the everyday things that other people my age were deriving pleasure from. Not only were they too ordinary, too routine, too boring—they also wouldn’t rescue me from these fears. True saving would require something grander and more powerful than the mundane, I’d decided. 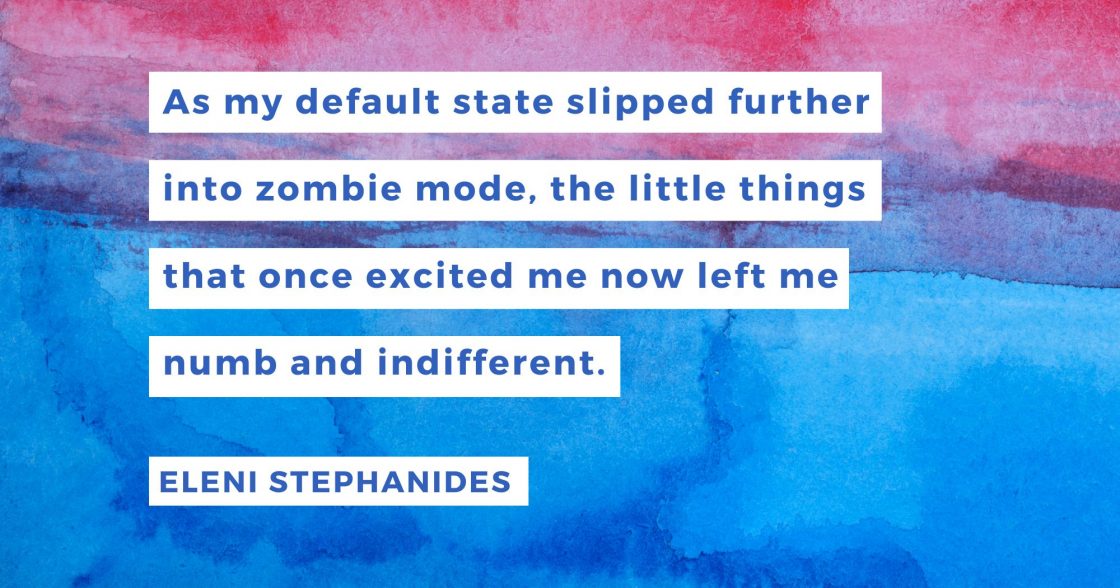 I shared these feelings with my mom and dad. Thinking twenty was too young to be consumed by such thoughts, they wanted to get me help. And I knew they were right. Others my age were out making the most of their youth.

A part of me wanted to be one of them. And yet, another part of me didn’t—because what was the point if the same end awaited all of us, happy or not?

Those healthy twenty-year-olds are just deluded, one voice said.

But at least they’re excited to get out of bed every morning, countered another. 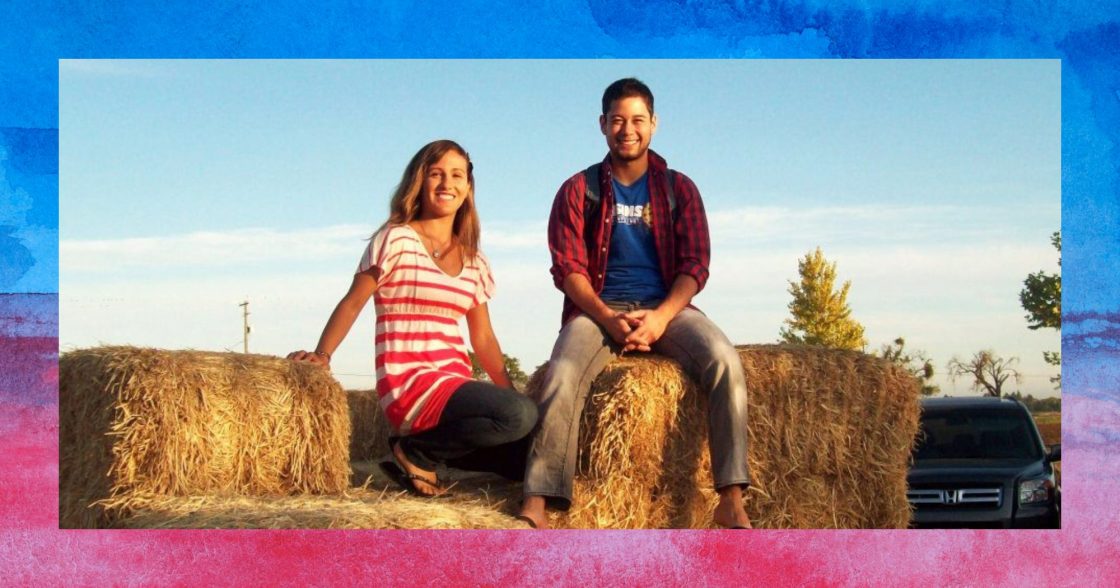 A week or so later, I began seeing both a therapist and a new psychiatrist up in Davis, who put me back on antidepressants.

While in the thick of my fatalistic thought loops, I’d been somewhat skeptical about treating the underlying depression that was responsible for generating them. I’d seen treatment as missing the point—or numbing a symptom without addressing the underlying problem.

I’m depressed because we’re all going to die. Prescribe me and everyone I love an immortality elixir—not an anti-depressant! I thought. Or: Don’t blame depression! It’s Death’s fault!

And yet despite my initial resistance, treating my mental health condition worked. Within weeks I felt the dark clouds slowly lifting and vitality rushing in to replace them.

The semester that followed ended up being the most vibrant and involved of my entire college experience.

I was taking enriching classes like Queer Studies and Environmental Literature. The LGBT Center had just moved from a small shed tucked into a woodsy corner of campus to a more centrally-located space, providing ample opportunities to connect with members of my school’s burgeoning queer community. 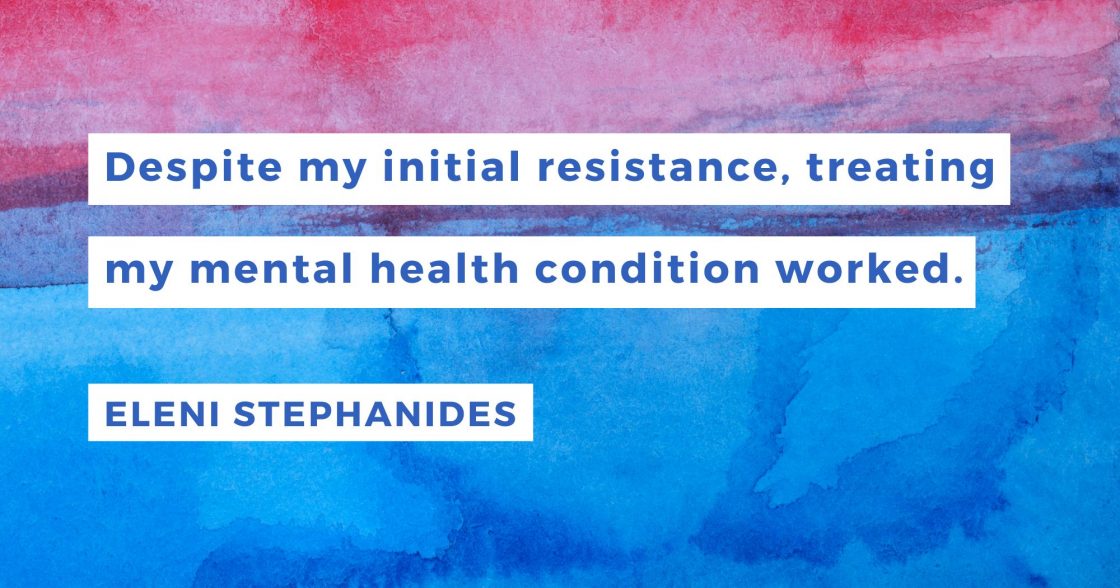 I had my first kiss with the girl who would thereafter become my most serious college relationship.

Hikes, bike rides, and Spanish club conversation circles populated my life. Housemates and I would smoke hookah on our backyard couch beneath the stars, talking late into the night about the big things and the little things and everything in between.

My goal of landing a column in The California Aggie (Davis’ school newspaper) came to fruition. And as my network of friends, acquaintances, and daily activities vastly expanded, my life cup brimmed with vitality.

Life that semester stood in such stark contrast to the previous one’s, and a picture of friends and me at Davis’ downtown Farmer’s Market captures the feeling of those months. In the background, dogs bound across the lawn. Bluegrass musicians strum their guitars. Families stroll with fruit-filled paper bags. The foot of the inflatable balloon monkey (which I’d bought for and wrapped around my then girlfriend’s wrist) brushes the top of my hand as she rests her head against my shoulder.

I wish words could do justice to the feeling that filled me during those months. It was one of limitlessness directly following a period of deadened bleakness. Maybe it’s the way a phoenix feels rising up towards the sun from the ashes of corpse dust.

​I think now of the 2010 spell as a (neuro-inflammatory) fire that blazed uncontrollably for weeks inside my mind. During that time, I’d seen solving the death conundrum as the only way out—and because this was of course impossible, I viewed the negative head space I was trapped in as all the more inescapable.

As I’d learn, healing required abandoning the solution-finding mindset altogether. It required acceptance of the problem’s inherent lack of fix. It would come from being present in each moment, then learning to live alongside the discomfort of not having an answer.

Since this all happened, I’ve been diagnosed with Celiac disease (October 2020), which I’ve discovered can also have a significant impact on mental health—so now that I’m treating this, maybe at some point I can discontinue the medication again, without having to worry about falling into another all-encompassing depression.

Now and then I’ll momentarily descend into that head space; I expect I will for as long as I’m alive. Yet the difference between how I deal with those thoughts now as compared to before is that they don’t ensnare me anymore. They don’t sap my life force the way they once did. My spirit remains intact once they’ve finished passing through. 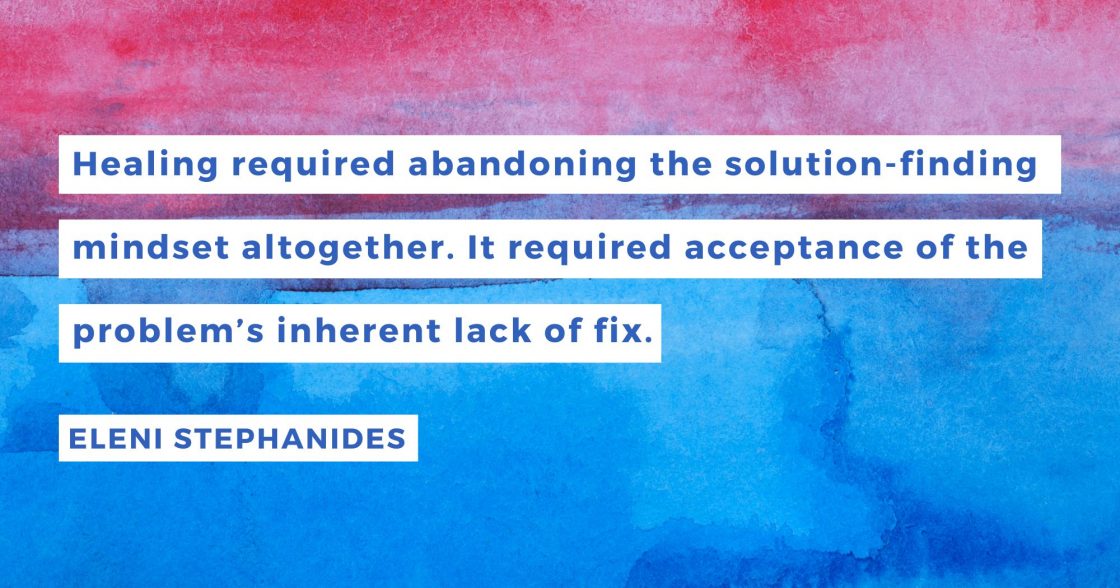 I treat them now in the same way I do all other thoughts: as transient passersby to whom I can give as little or as much weight as I choose. And when they do reappear, I’ve determined that it’s for a purpose. That purpose is to gently remind me to stop wasting my time.

The fear doesn’t ignite when I’m out in nature, for instance. It does after indiscriminate time spent on social media. It does when I’m falling prey to rumination and the comparison trap. It does when I’m succumbing to image-based anxiety, or ceaselessly wondering what so and so thought of such and such. Yet when time’s well spent, the emptiness and existential ennui fade.

I’m not sure I have the clean and simple answer my twenty-year-old self sought (to the question, what’s the point of living if all of this will end?)—at least not in the form she wanted, or even in words at all. But I’ll do my best to give to her, and anyone who may be struggling with what she went through, what I’ve got:

I think the answer lies in the feeling you get when you’re watching the turquoise water pass over smooth white rocks up at the Yuba River. When, after a rigorous hike across craggy switchbacks followed by a steak dinner at Texas Roadhouse, a friend and you are in your car singing off-key to a ‘90s song you somehow still know all the words to. Every time you resist a quick fix and opt for a slower burn reward instead. Every time you pour your energy into the collective stream of humanity that we are all so lucky to share at this exact moment in time. 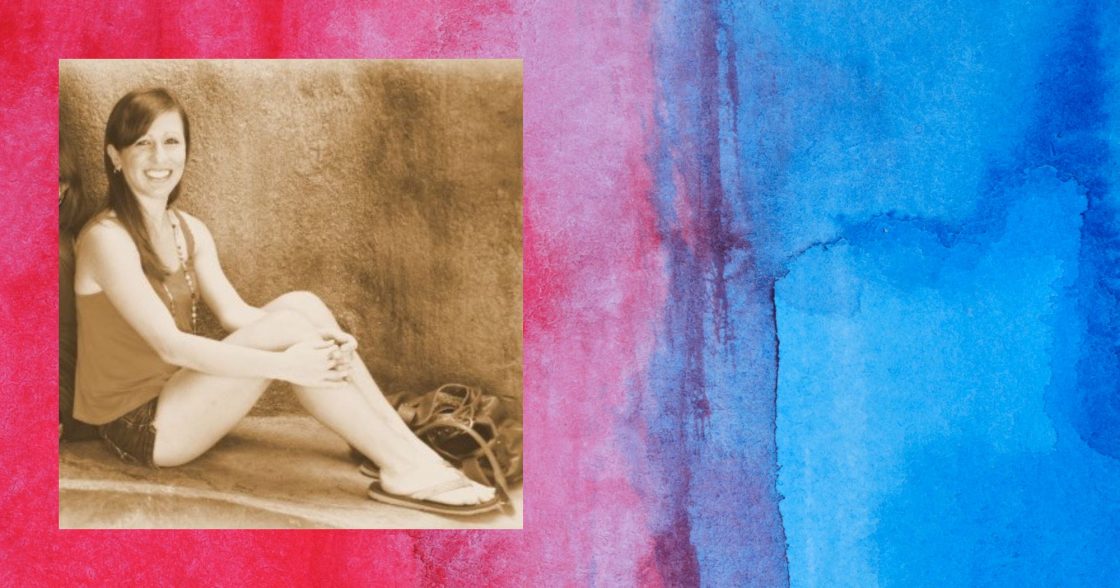 Eleni is a Spanish interpreter and freelance writer living in Oakland, CA. In her spare time she enjoys wandering through nature, reading psychology and mindfulness content, speaking Spanish, and petting cats. You can follow her on IG @eleni_steph_writer and you can check out her writing on Medium.com.

This mental health recovery story focuses on Ana’s journey with Complex PTSD, and intergenerational trauma. Ana eventually cut ties with family to begin her healing journey. Read to learn more about how Ana learned to ask for help and recover from trauma.