Hunting for Ninjas: When Trauma and Addiction is Hiding in the Dark 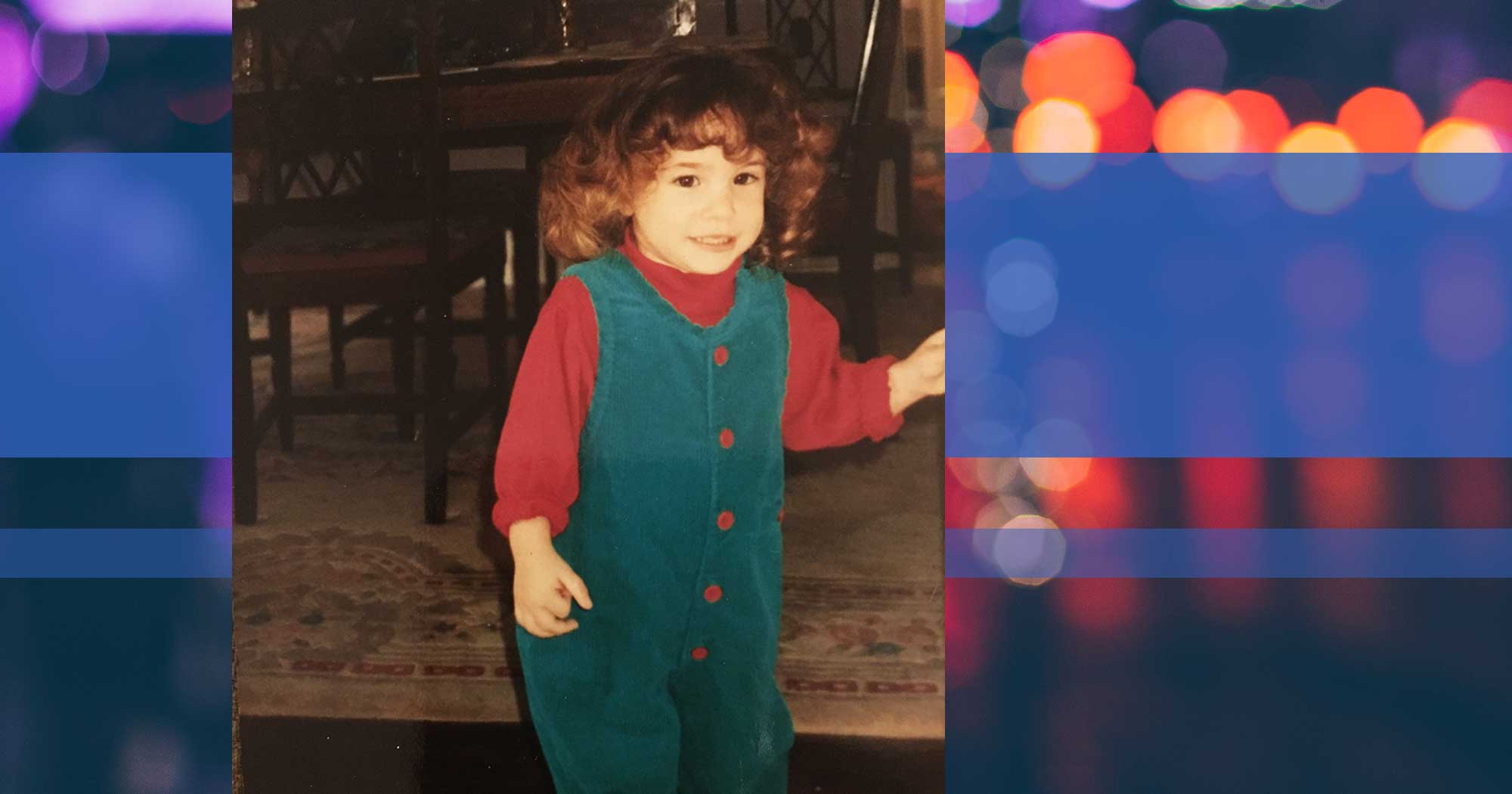 My brother used to wake me up in the middle of the night to hunt for ninjas. Literally. I saw it as precious bonding time and I felt special that he let me play this game with him. To me, the ninjas were as real as the garden fairies I wrote letters to in our yard with my dad while dressed like a princess. To him, they were as real as the darkness that overcame him when he got high.

As we searched our home, night after night, he would comb the carpeting with a knife, pulling up the secret passageways the ninjas had hidden from him under our house on Balboa Island. He believed that those secret passageways, (which was actually just the threading of the carpeting), led to the death den where they hid, along with the government agents planting microchips in his head while he slept. My brother is a heroin addict, and he has been since before I can remember. 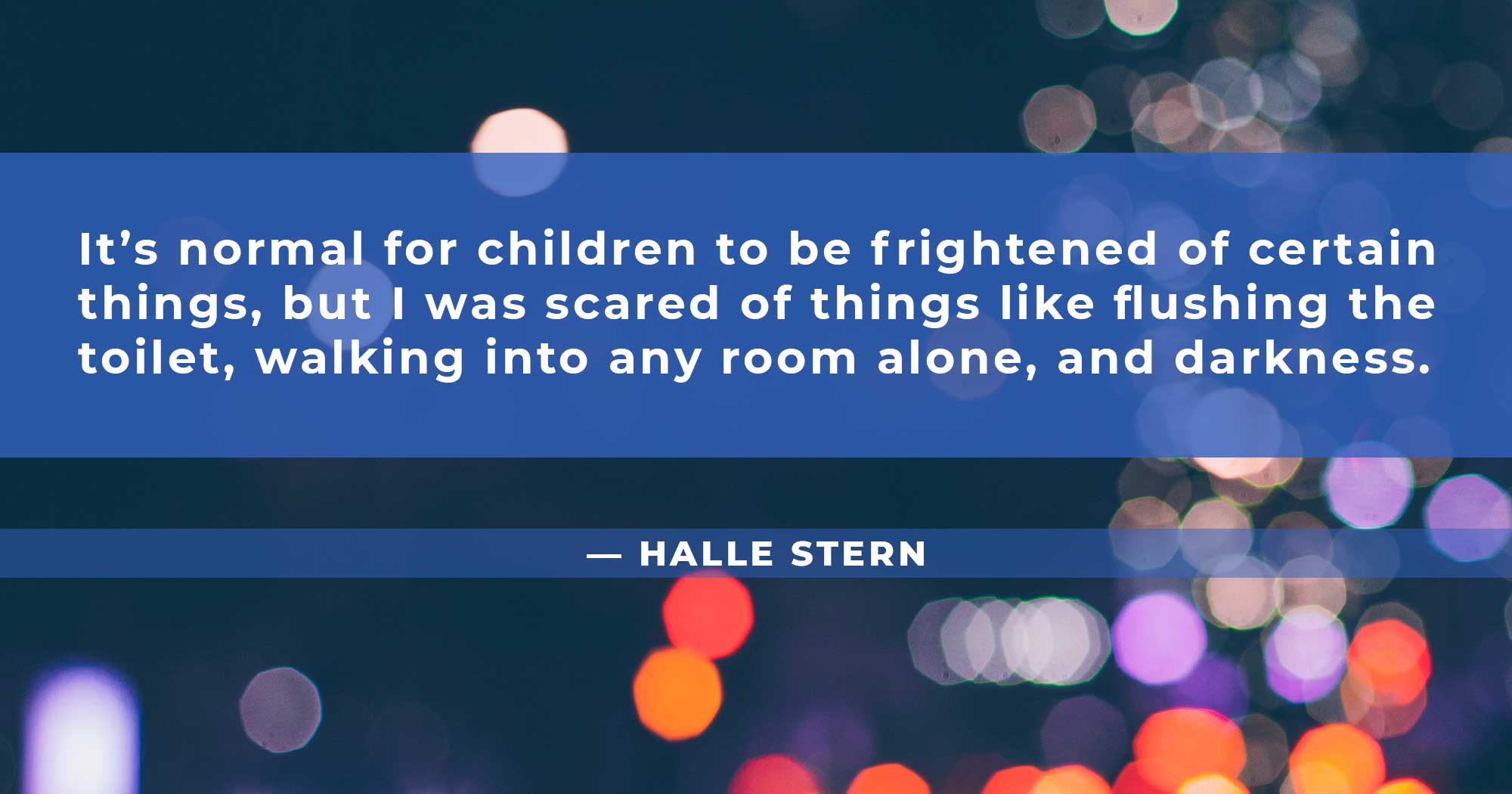 My father was also an addict, but was better at keeping it hidden. They say there is a fine line between genius and insanity, and he walked that line every day of his life. He was a pioneer in the telecommunications boom of the 80’s and 90’s, so when he “died suddenly,” everyone was shocked. They say when you experience a traumatic experience as a child, you block out the details. My memory jumps. I remember waking up to find his lifeless body in the guest bedroom of our giant house one morning in December. Nobody believed me. They had no reason to. Then I started school the following fall in a new city. There is no middle memory.

To say I continued on with my childhood unscathed would be a lie, though nobody would know there was anything wrong, at glance. And that’s what most people do: they glance. They don’t look. I lived in a beautiful house, played with my friends, and went on seemingly normally through therapy— so much so that the therapist, (whom I do not remember seeing), wrote me off as “fine” and declared that no longer needed to see her. Cured. 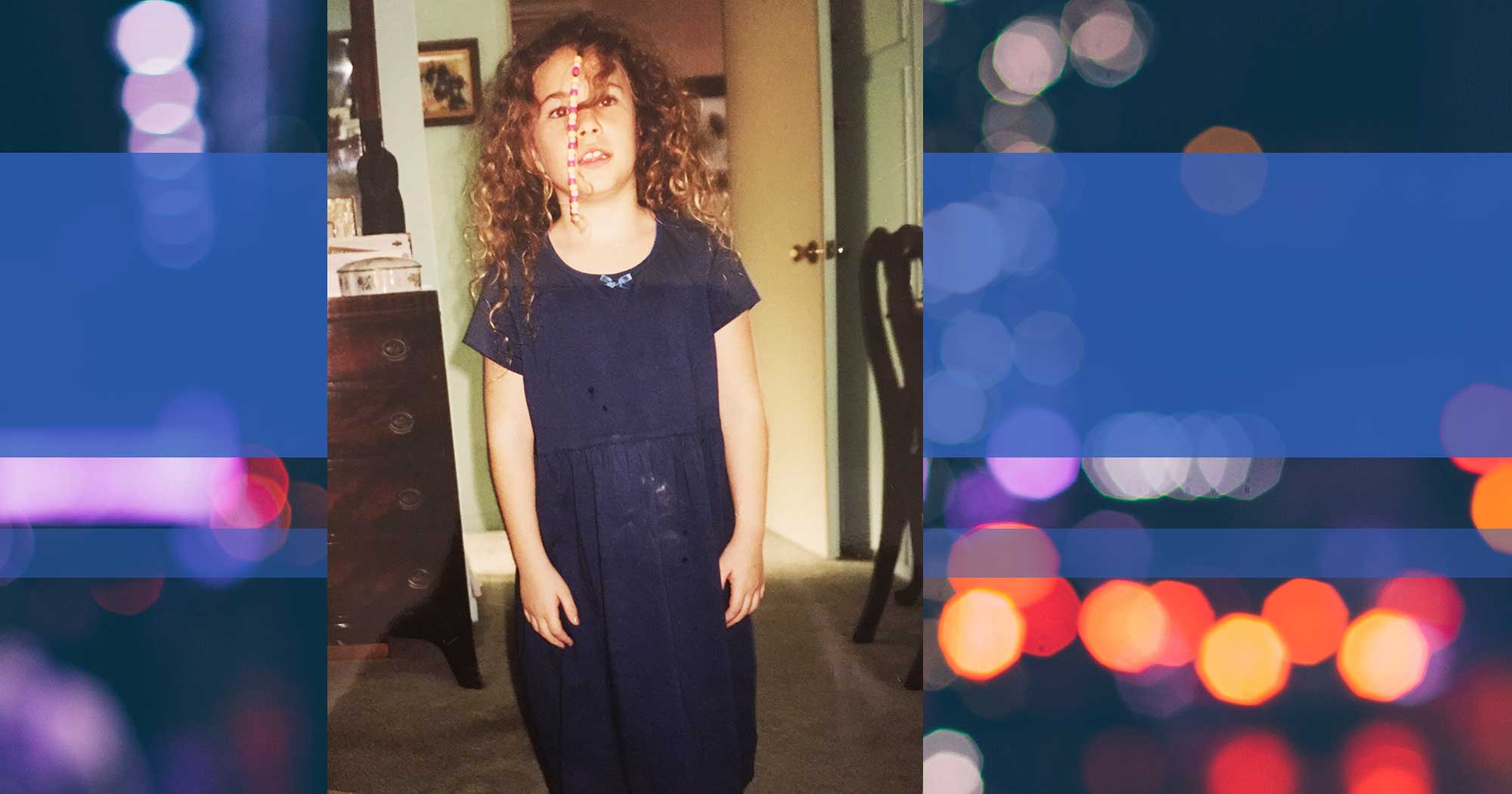 As life, and my brother’s episodes, continued, my family’s wealth disappeared. This depletion of our finances caused my once fairy tale life to disappear: POOF! What would have probably been routine growing pains for otherwise “healthy” children to work through were extremely difficult for me. I started having crying fits in the middle of class and I wouldn’t sleep in my own bedroom out of fear I too would “die in my sleep.” It’s normal for children to be frightened of certain things, but I was scared of things like flushing the toilet, walking into any room alone, and darkness. I would also insist on only wearing dresses because I was my Dad’s “Princess,” and “Princesses only wore dresses.” My peers, clad in more fashionable pants or leggings, turned on me and bullied me.

As my grades dipped from gifted to below average, I began seeing my mom less and less. She was busy trying (and failing) to keep my Dad’s business afloat while bussing my brother from rehab to rehab — from which he would always walk out of, come home, and spew his demons at me. I was, after all, the spitting image of my father, which my brother never let me forget. On top of the emotional abuse heaped upon me by my brother, I had to deal with an angry troll of a nanny my mother hired to help “care” for me. My happy, free-spirited demeanor faded, along with my identity.

Through the rest of grade school the bullying continued. By the time I was in fourth grade, we were hemorrhaging money and my mother’s credit score had fallen so low from trying to save my brother. We were forced to move at least once a year, making me the new girl at every school I attended between fifth grade and college. I was so disassociated from my surroundings that I rarely had any of idea what was happening around me. It was like watching a movie from the inside of my head and, as my brain shut off involuntarily, I would find it hard to contribute to any interaction at all without relying on repetition and baseline conversation, acting as a copy-cat to my peers. 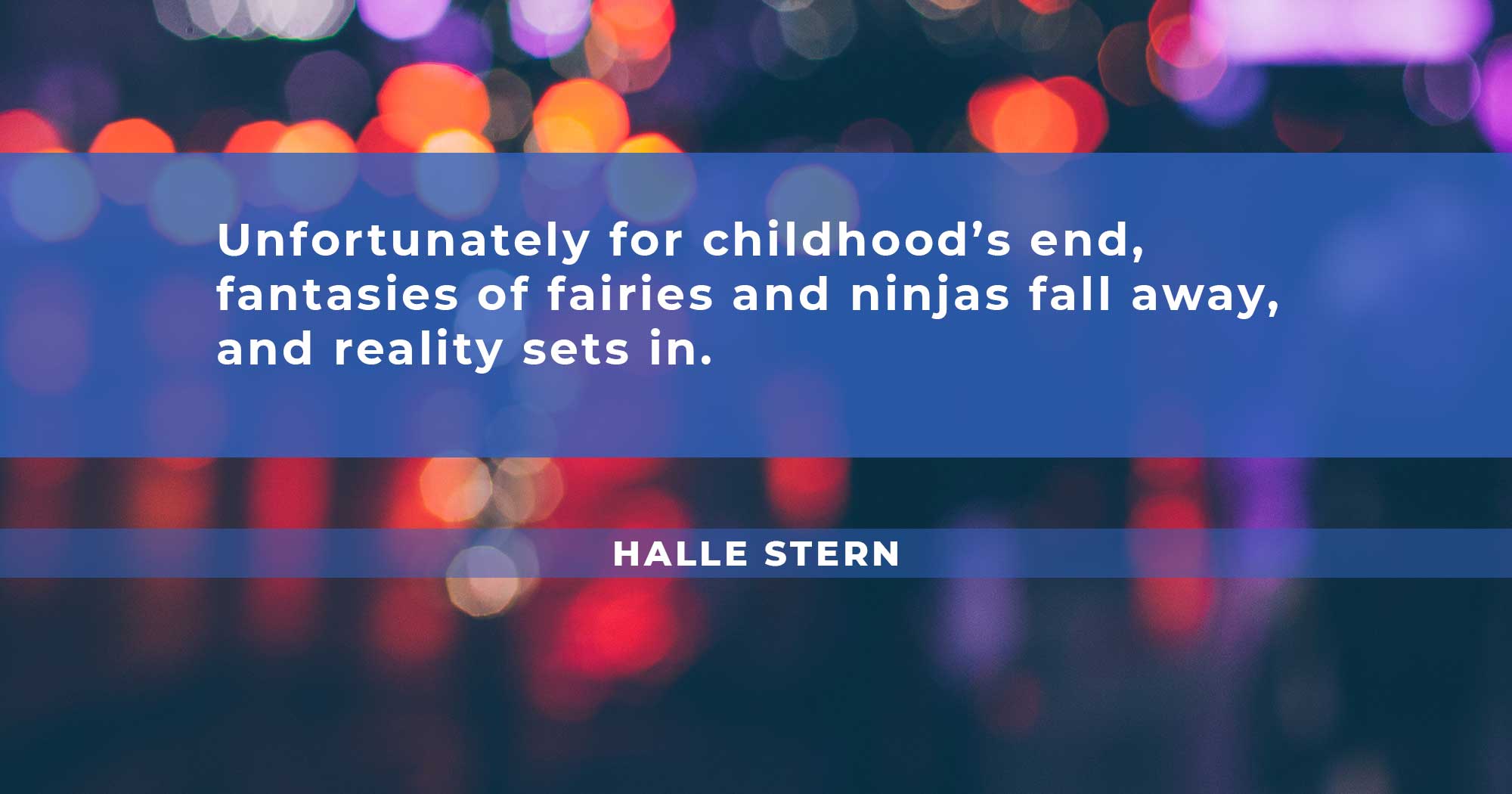 For my own sanity, I created an elaborate fairytale about my life, parallel to my brother’s fantasy in my own way. Here, I was the center of the world: a trapped princess who would soon take my rightful place as heir to my father’s throne. I was Simba. I was Alice. Cinderella and Sleeping Beauty; all wrapped up into one. This way, I could live in a safe place, watching the destruction from behind an impenetrable castle wall, drawing my personal drawbridge up to protect me from the chaos and horror outside. I could shutter myself away until I was sixteen; when my tower would come crashing down, despite my best efforts at pretending everything was going fine.

By the time tenth grade rolled around, I was tired. I was still having a hard time in school and my brother was still berating me. He had become partially paralyzed a few years earlier in a motorcycle accident caused from a drug-fueled joyride. He lived in his bitterness and, while his body fell apart, his anger got the better of him, aiming it at anyone in his vicinity. Over time, my mother had become just as disassociated as I was and lived in a world of her own. There was nothing she could do anyway. I was ready to snap, and I did. I could no longer take it. School. Bullying. Abuse. Pretending. The second I turned sixteen, I moved out, enrolled myself in a high school on the other side of the country, and set off to search for the missing pieces of my identity. How could anyone let this happen? How did my brother get so bad? Certainly my father never would have accepted this, I believed.

All throughout my time in high school, I searched for the truth, begging everyone, anyone to tell me what happened to my life. Just to give me a clue. Anything! I would fantasize that my dad was such a genius that he had found the space time continuum and was murdered just before releasing the information to the public…. or maybe he faked his death and one day I would receive a note, sending me on a life defining hero’s journey to rescue my family and save the world! Unfortunately for childhood’s end, fantasies of fairies and ninjas fall away, and reality sets in. I had to face the truth that I had known all along…That my brother accidently killed my father with a bad batch of drugs. He confirmed it while screaming at me in a drugged endued rampage that he does not remember, shortly before I graduated high school. Hi, adulthood. Hello, truth. 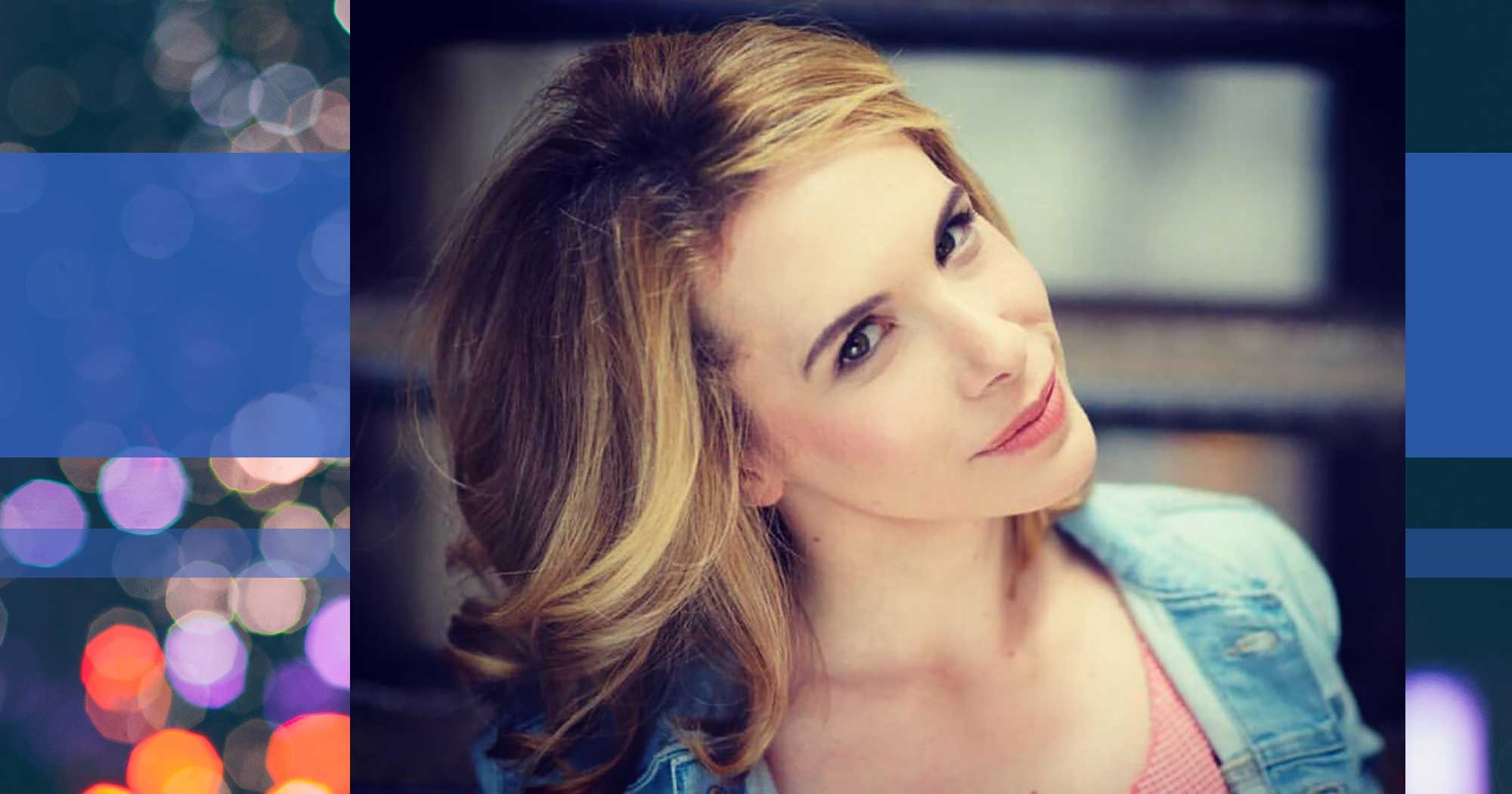 It’s taken me years to walk through the fire and come out on the other side of my life. I’m burned. Sometimes, while I am an arguably the most ambitious of my peers, and hold an extremely coveted job position in the Hollywood landscape, I still can’t access my thoughts… In order to be even close to the mental space I’m in now, I’ve had to learn to forgive my brother and my father, and my mother. None of them were bad people. My brother is not evil, nor does he deserve punishment. Frankly, I love him dearly, no matter what devastating story he’s made up to hurt me whenever we talk, and I truly would give anything to see him thrive. My brother is the product of a once-wealthy family, a family who placed no expectations on him. My brother is the product of my father, a man who introduced his impressionable, young son to heroin. And that reprehensible decision my father made ended up killing him.

The hardest lesson I’ve ever had to learn when dealing with addiction is that you can’t save someone who doesn’t want to be saved. You can give your life, your assets, and your soul trying to fix them but, ultimately, it’s up to them. My family lost everything in the process of trying to fix my brother and, though he denies it, he still uses drugs to this day. I can hear it in his voice. Losing a family member to addiction, whether slowly or suddenly, is life-draining. I lost my childhood because of addiction. My only advice to anyone with a family member caught in the unremitting snare of addiction isto give only unconditional love. It’s not your loved one screaming at you and belittling you; it’s the monster they become.

For my brother, there will always be ninjas. They are his manifestation of reality, sneaking up on him and fighting for a righteous cause that does not exist. He will continue to see what he wants to see, and so will most people. What’s your fantasy? Who are your ninjas? And where do they hide at night? 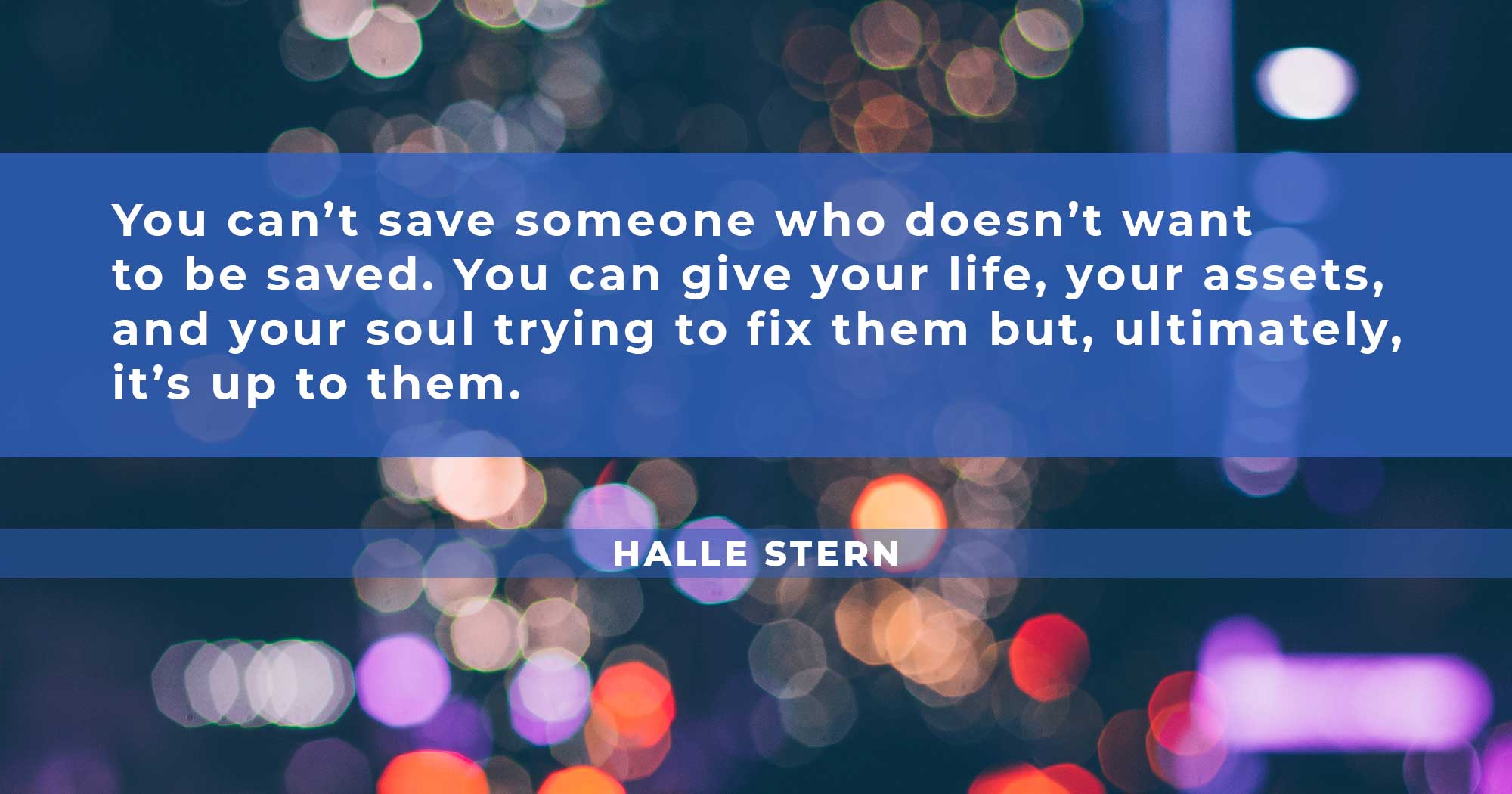 Halle lives in Los Angeles, CA where she surrounds herself with storytellers from all walks of life. She is active in the comedy communities, using improv, sketch, and stand up to help others mitigate mental illness and de-stigmatize those who suffer from it. Catch her on Twitter and IG at TheHalleStern.

I failed the postpartum screening given, as protocol, by the hospital, and yet they sent me home.