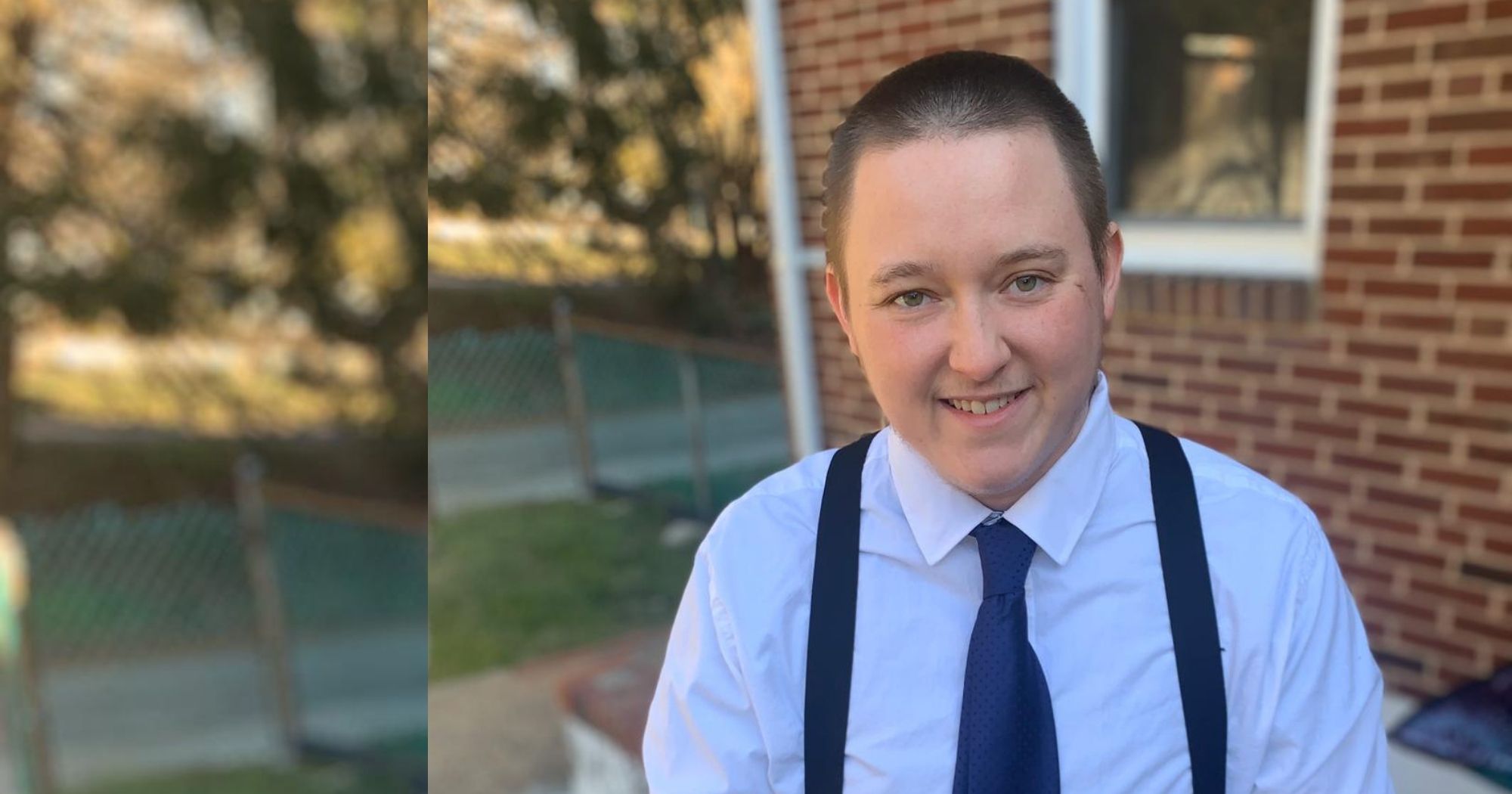 There is a tattoo of a plane wreck on my arm.

It’s spring of 2017 and I’m on a solo trip to celebrate two years of health.

I park my rental car in a makeshift parking lot on the side of the road, wanting to see an Icelandic black sand beach. The lot was nothing but a patch of gravel outlined by partially constructed driftwood fences. Getting out of the car, I can see the beach; it appears less than a mile away. I start walking. The weather is gorgeous: sunny skies, a nice breeze, and only slightly chilly. I am basking in the beauty of the mountains behind me and the ocean in front of me when suddenly clouds roll in, hail falling from the sky.

I keep walking. Thirty minutes through this hail storm, people are starting to turn around. Not me. Is this reckless? Dangerous? 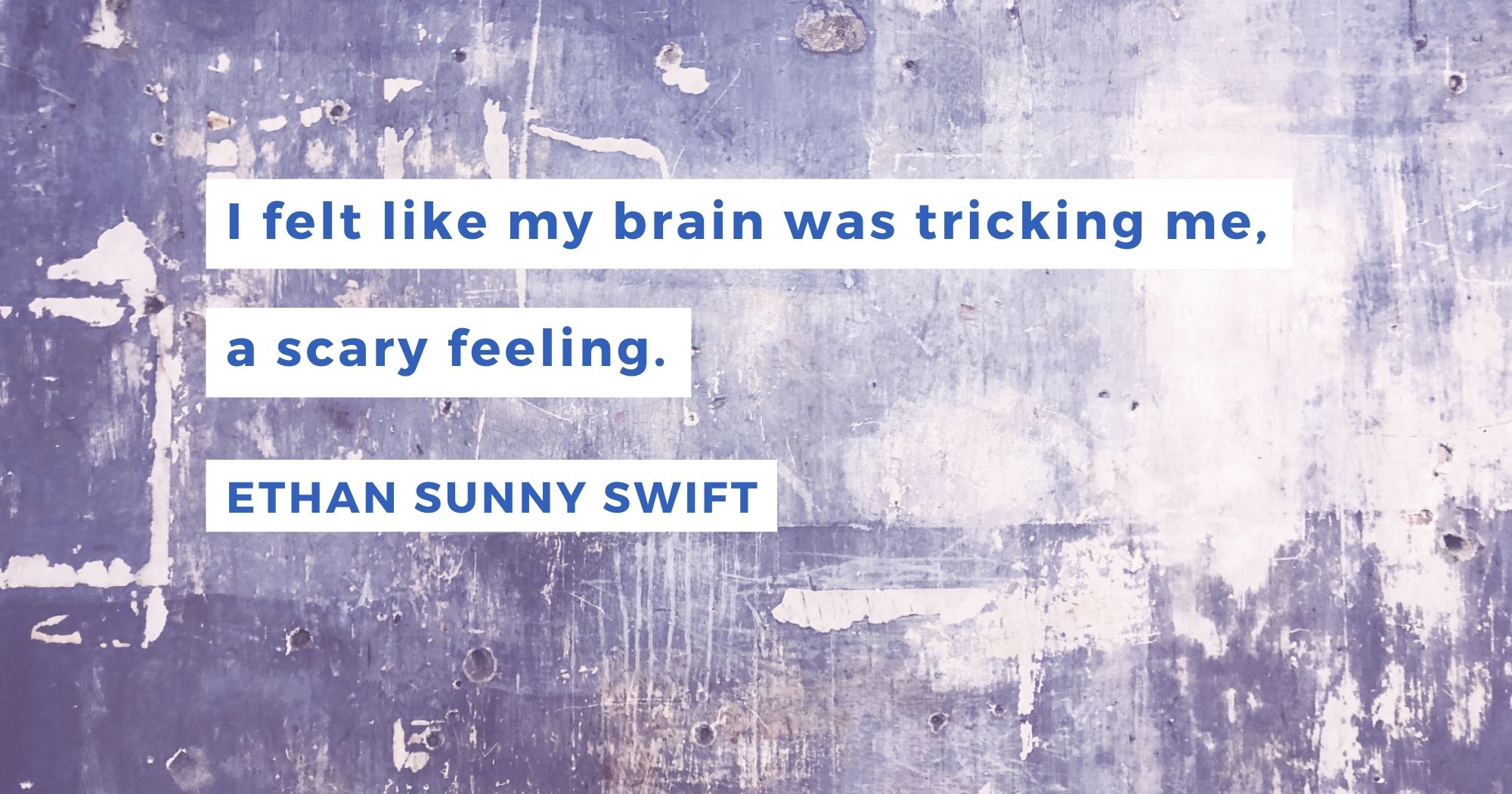 Almost an hour passes and I am finally getting a good look at something other than a distant ocean and a field of nothingness. What is that? It is a figure in the distance—jarring to my eyes. A structure of black and grey: large, long, and rounded.

Then the clouds disappear and the warm sun reemerges. My field of vision clears with a new sparkle and shimmer. I see it. A plane wreck: surrounded by black sand, powerful waves in its background. The plane wreck looks abandoned, yet intentionally left like it is a well-maintained permanent structure. Initially, it feels absurd so I avoid it.

Being by the serenity of the water, I cannot get the plane out of my mind. I decide to take a closer look. The way the plane landed was peculiar—it is almost as if there could have been survivors. I need to know. I pull out my phone and look it up, my 3G barely managing the search. The search says that the plane is the Sólheimasandur historical plane wreck.

I am living and, now, thriving with bipolar disorder. I am in recovery from addiction to cocaine and other drugs, which I started using around 20-years-old, around the same time I came out as transgender.

When I think of my initial journey with bipolar disorder, I think about the time when I was 19 and I accidentally bumped into someone’s back bumper at a red light. I had thought they put their car in reverse and hit me. I immediately got out of the car and started screaming at them until I suddenly realized my mistake. There was a family inside. They looked frightened and pale-faced. Embarrassed, I backed away and went back into my car. I felt like my brain was tricking me, a scary feeling. I thought, “am I crazy? This family must think I’m crazy.” 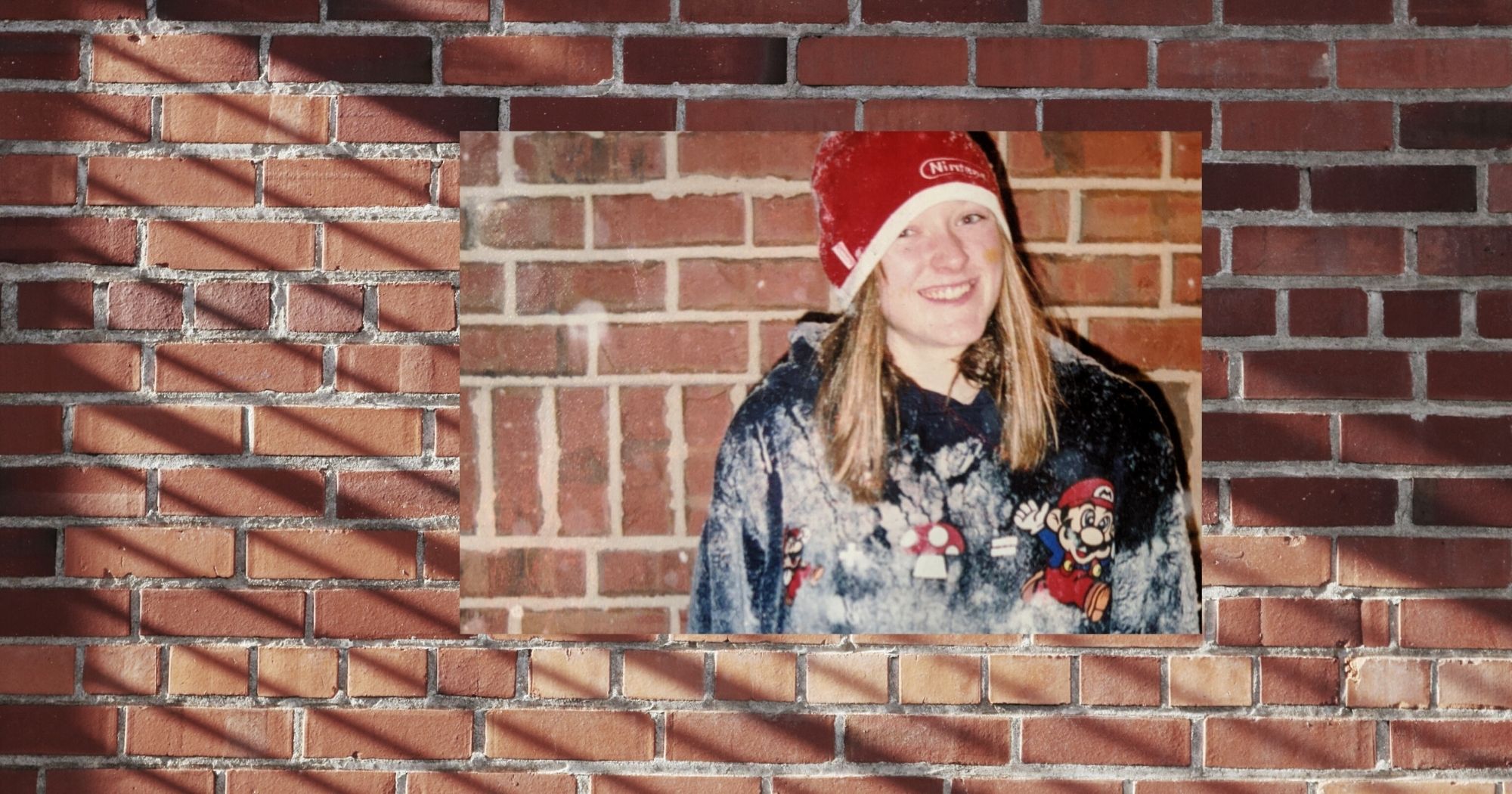 Upon my initial bipolar diagnosis, my doctor did not explain to me what it meant. Initially, I thought it meant “moody” or “unstable.” I had no idea it meant I was more likely to make impulsive decisions and engage in self-medication behaviors to alter my mood.

When I first started using drugs, I would use anything I could find, too many drugs to list, but I loved stimulants. Stimulants provided a similar rush to manic states. It provided hyperfocus, euphoria, and a feeling of invincibility. I would typically use drugs alone in my room. This happened almost every night for years until I prepared to enter graduate school to obtain a doctorate in psychology. My drug-use paused, but not for long. 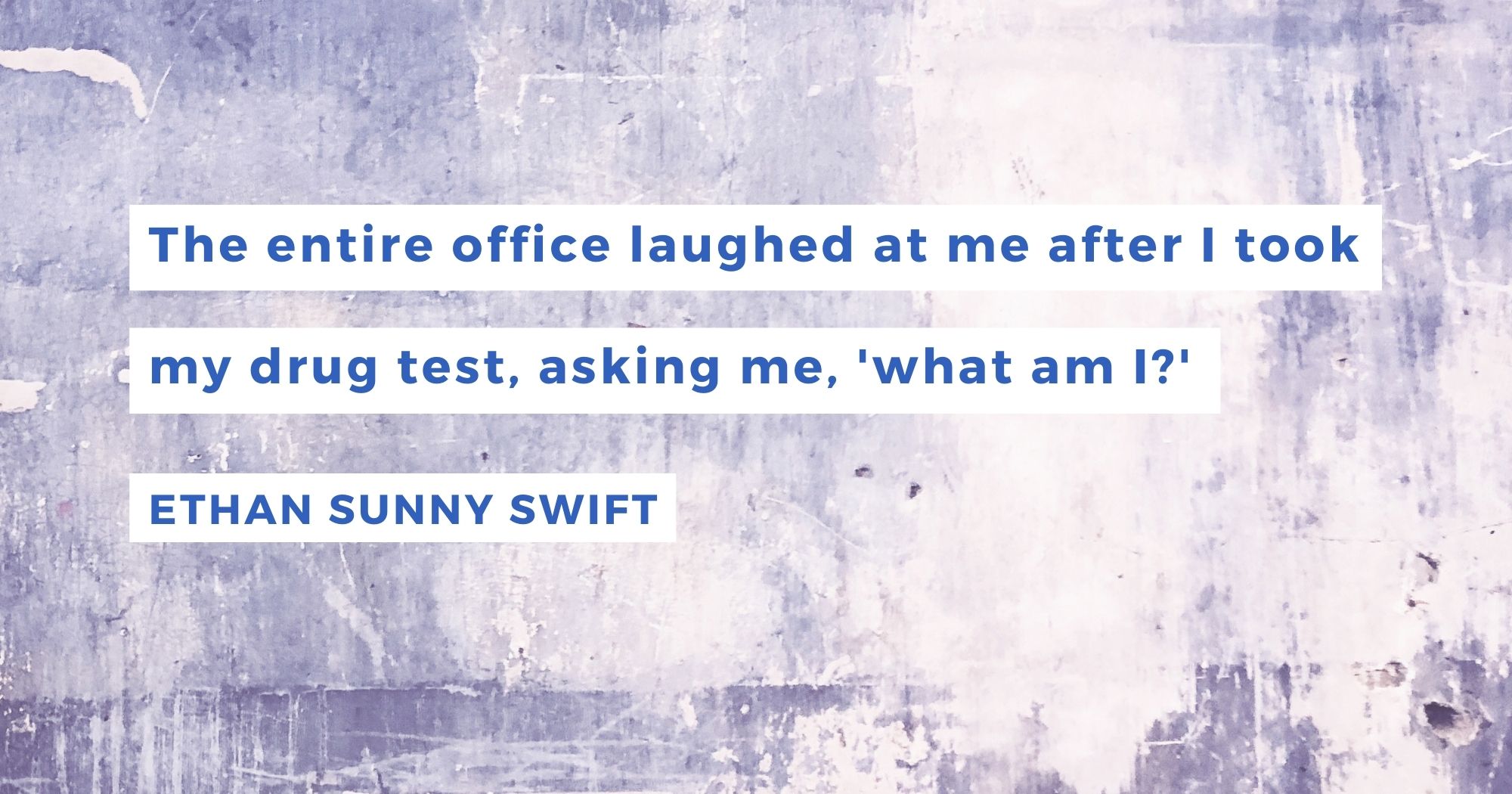 Eventually, I asked around and found cocaine for the first time. I told myself I would just use it once or twice, and that turned into using several nights a week. Then, every single night of each week. At first I could handle the all-nighters. Cocaine helped me get my homework done. About two years in, things started to crumble all around me. Rent was always late. My apartment was unbearably cluttered and dirty. I was preparing to drop out of my doctoral program as well as preparing to live in my car with no working windows. I became thin and pale. I couldn’t eat, and didn’t want to. I was lucky if I could stomach some of my favorite fast food without throwing up. To make matters worse, in the midst of everything, I was deemed incompetent as a clinician after a bout of bipolar psychosis. I felt I had failed my clients. This period of time stretched six months in which I could hardly even make out memories of my life, what year it was, or how to properly care for myself.

At the time I wanted to stop using, there were no affirming recovery support groups for transgender folk in Chicago: no twelve-step meetings, nor alternative recovery programs such as Smart Recovery, nor support groups for folks who live in drug abusing households or are in relationships with other users such as Al-anon. My parents did not support my recovery—they misgendered me constantly, called me by my deadname (my former name), and threatened to “institutionalize” me without my consent. I also had very few sober friends. My therapist was a consistent figure in my life, but I could tell I needed more support. 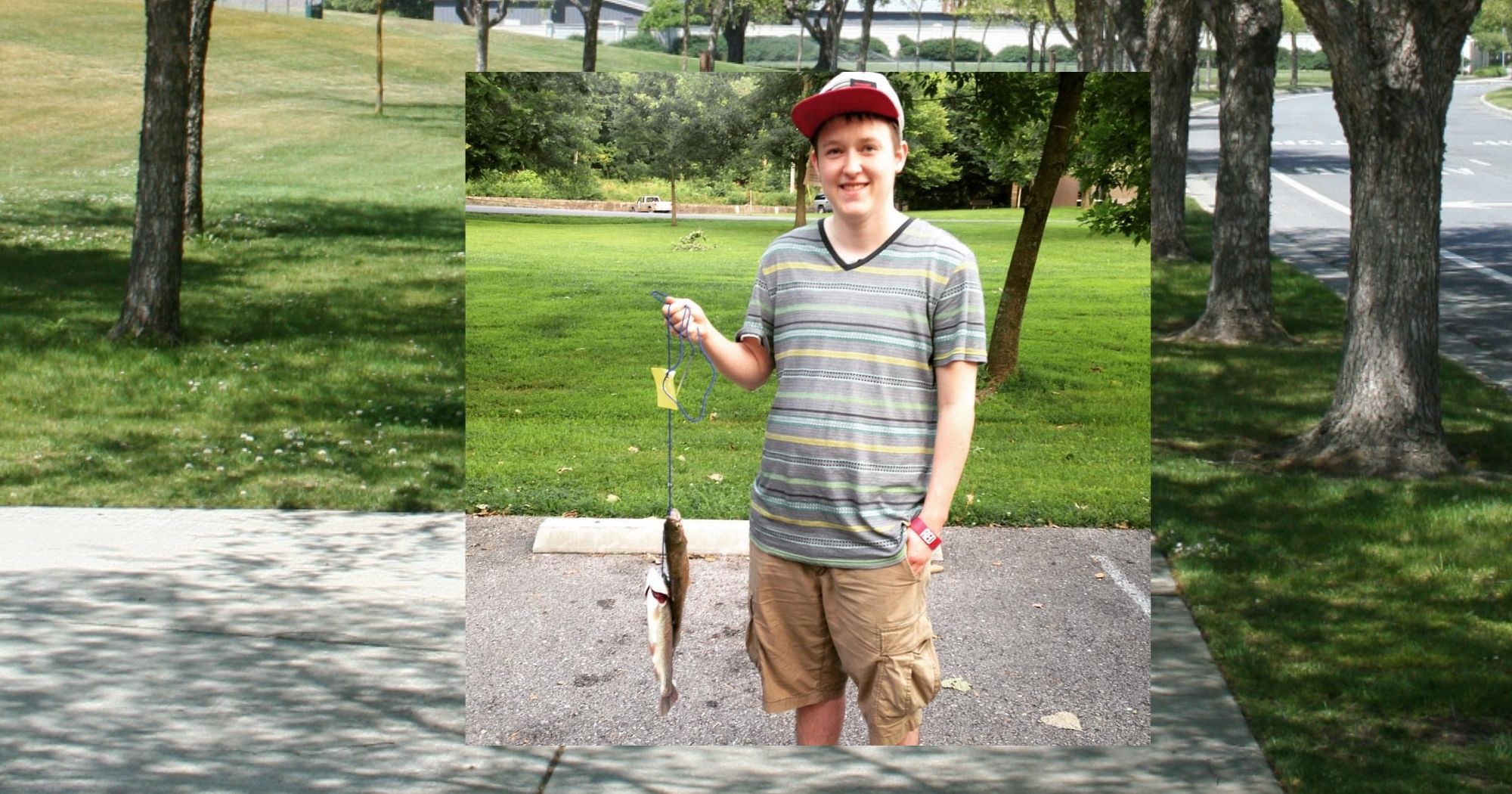 I even went to the “best” addiction recovery center in Chicago—or so I was told. The entire office laughed at me after I took my drug test, asking me, “what am I?” I did not consent to being watched while I took the drug test, nor did I know they were watching. I did not return after that.

I needed one more class that summer prior to dropping out of my program in order to ensure I had the right classes to leave with a master’s level counseling license. Ironically, that class was an addictions course taught by an old professor. I would sit in that class, week by week, silently suffering; I wondered if people could tell I had not showered, eaten, or slept. Learning about smoking cessation, I started to cut out cigarettes as a challenge to myself. That was immediately successful, which inspired me. My addictions class taught me alternatives to using, working through shame, and self-reflection. 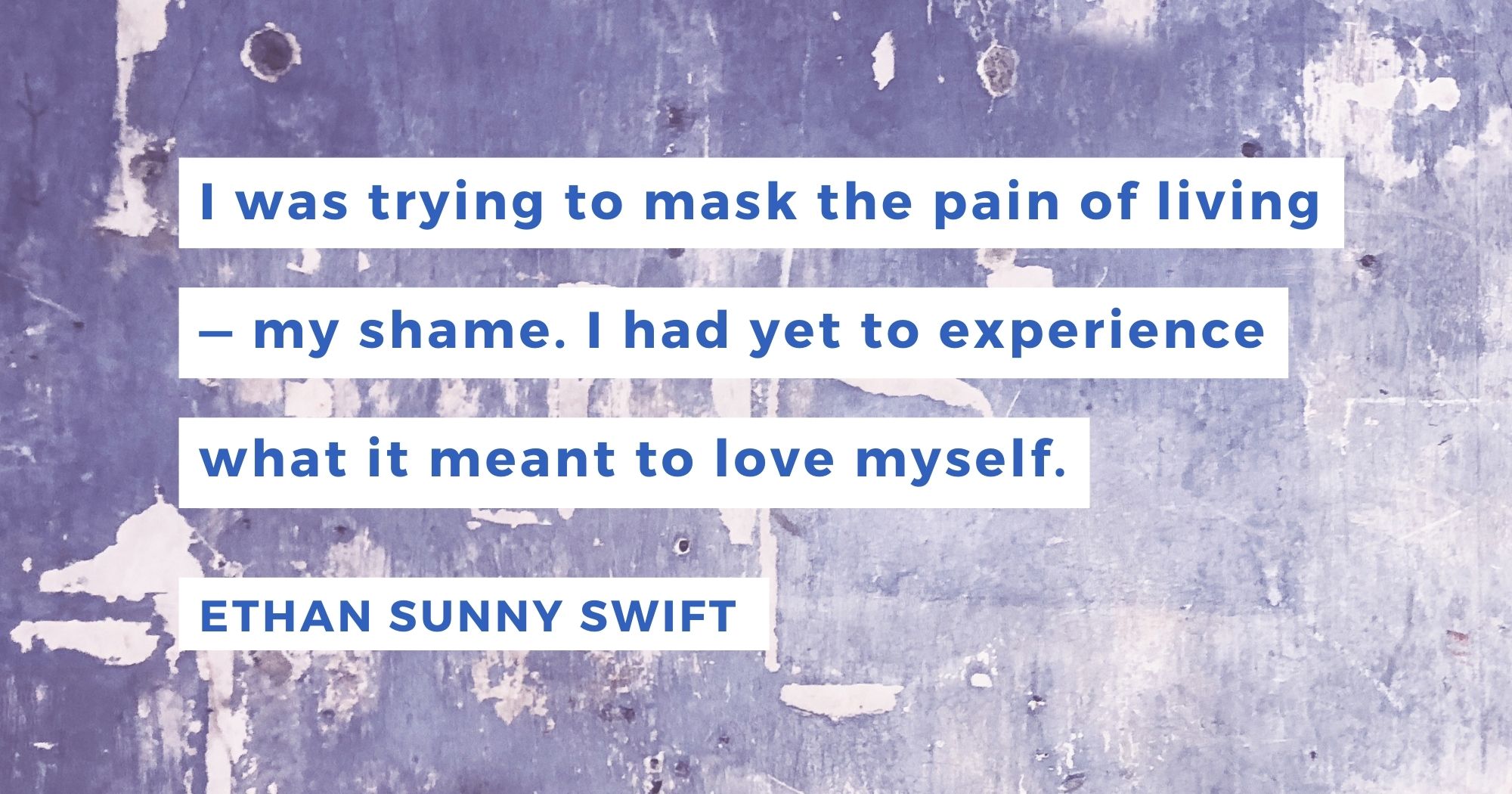 I started to replace old behaviors with new ones: I roller-bladed every day, started writing stories, creating art, traveled, enjoyed nature, went to therapy. I did anything that wasn’t cocaine. Self-reflections helped me discover that I was trying to mask the pain of living—my shame. I had yet to experience what it meant to love myself.

We had a final project in which I shared experiences of substance users and abusers from the transgender community. I understood the role of trauma, oppression, and culture as it related to the difficulties in navigating recovery. When I really thought about the ways in which so many of my peers and I lack access to recovery resources, are perpetually rejected by our families, and experience higher levels of trauma, my shame started to lessen as I started to realize I was set up to fail. Despite this, I don’t have to fail.

In this project, I was able to share my progress with smoking cessation with the class. However, I left my classmates in the dark. I was also documenting my recovery from cocaine use using everything I learned in the class. The final day of class was the day I began my full sobriety from cocaine. 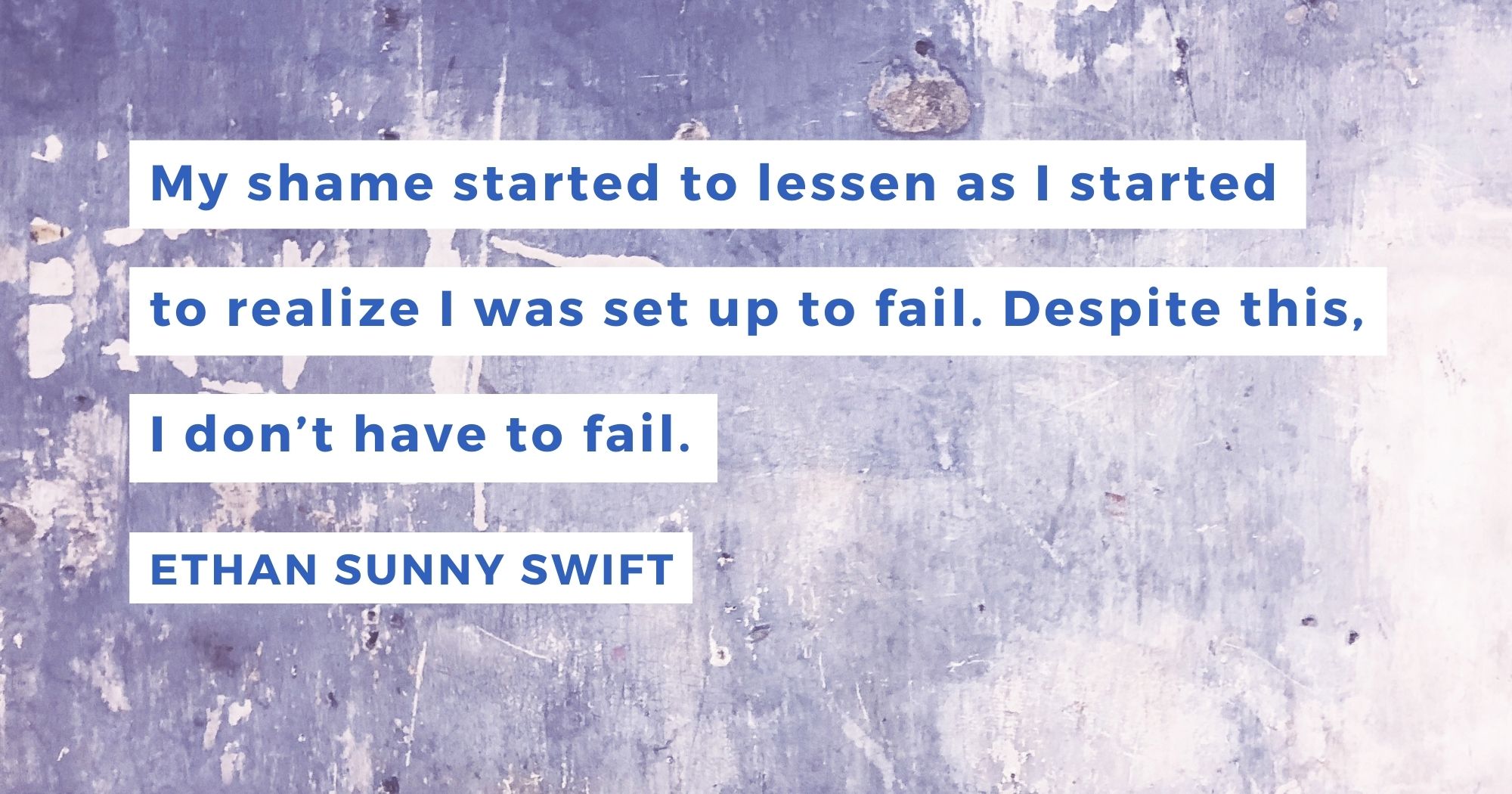 This year, I am four years sober. Four years thriving.

I’ve often been asked “what brought you to the field of psychology?” My response usually surprises folks. I say, “It’s more about why I stayed in the field.” Although I have made it through many trials and tribulations, I go back to that resilience and to strive to be a better person. Through my work as a mental health clinician I meet a lot of folks with self-doubt. Many folks have a strong drive to better themselves. I believe in the capability and resiliency of all my clients, asking myself, “why can’t they see it?” I conjecture it was because there were two things they have not heard enough in their lives: “you are worthy of love as you are now” and “you are resilient.” 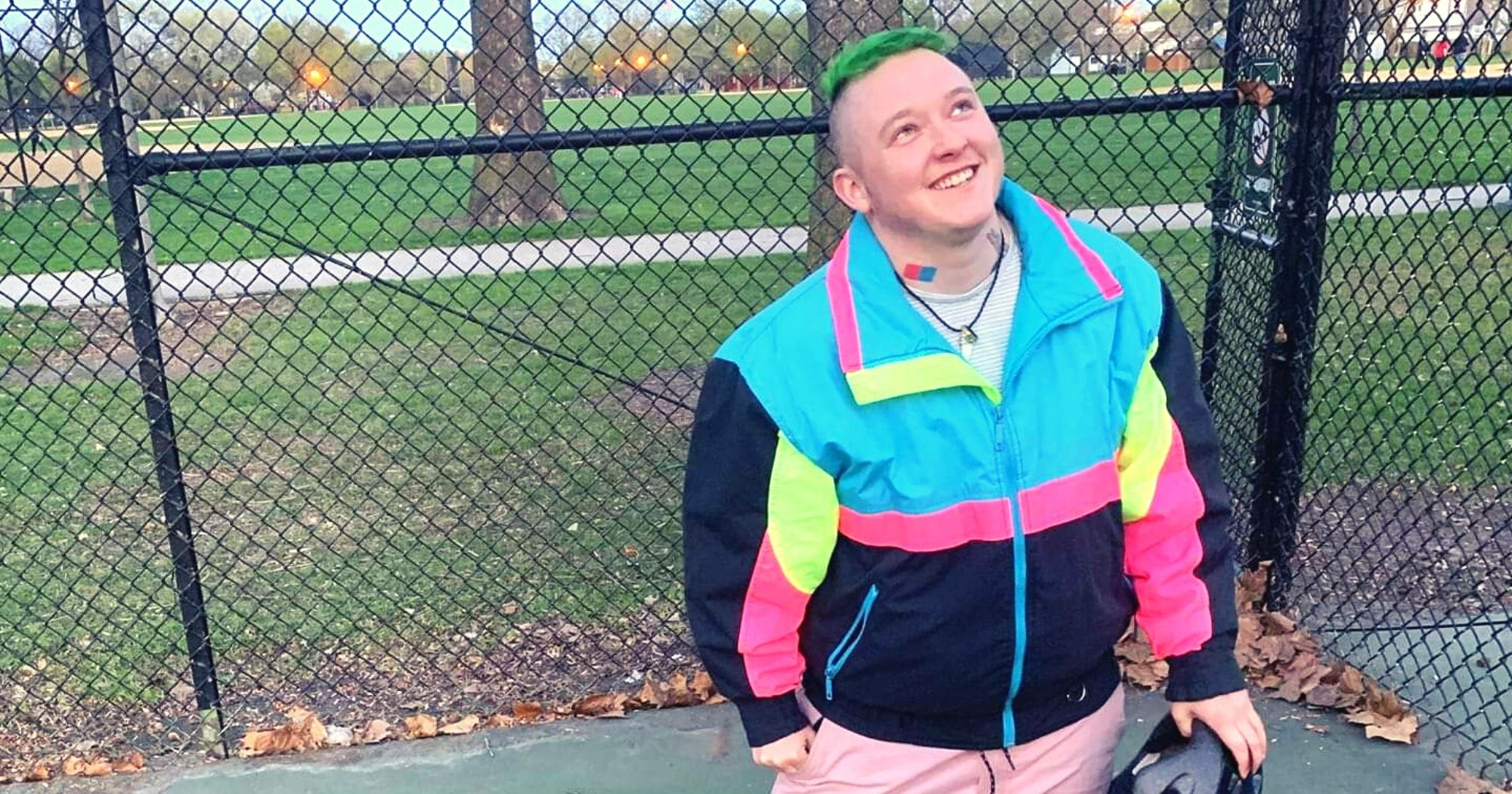 This year, I am still a practicing clinician. This year, I graduate from my program as a doctor of psychology. I have accepted a position of psychologist at a major academic institution in Baltimore, Maryland.

I have a plane wreck tattooed on my arm because I survived. Although I faced trauma, addiction, illness, oppression, and a system that was built to destroy me, I still made it. I can walk back through another hail storm like it is nothing. It is nothing because my resilience is everything; I keep going.

Ethan Sunny Swift is a traveler, creative, passionate mental health advocate, and bipolar person in recovery. As a Chicagoan newly living in Baltimore, he is finishing his doctorate degree working as a mental health professional at a university. Set to graduate in July of 2020, he hopes to be a member of a wider community who attends to the needs of the LGBTQ community and other marginalized groups. Ethan loves to travel by plane, train, foot, and in the camper vans he has owned over the years: #vanlife. The artist who did the tattoo spoken about in this piece is Donna Klein in Chicago, IL. You can find Ethan on Instagram at @transformative_traveler

Anuradha Malhotra has keeps finding ways to quell her depressive symptoms, but her cures always seem to run out of gas. Now she’s finding other ways of moving forward.