Bumps and Valleys of the Therapeutic Process by Mike Hedrick

Bumps and Valleys of the Therapeutic Process 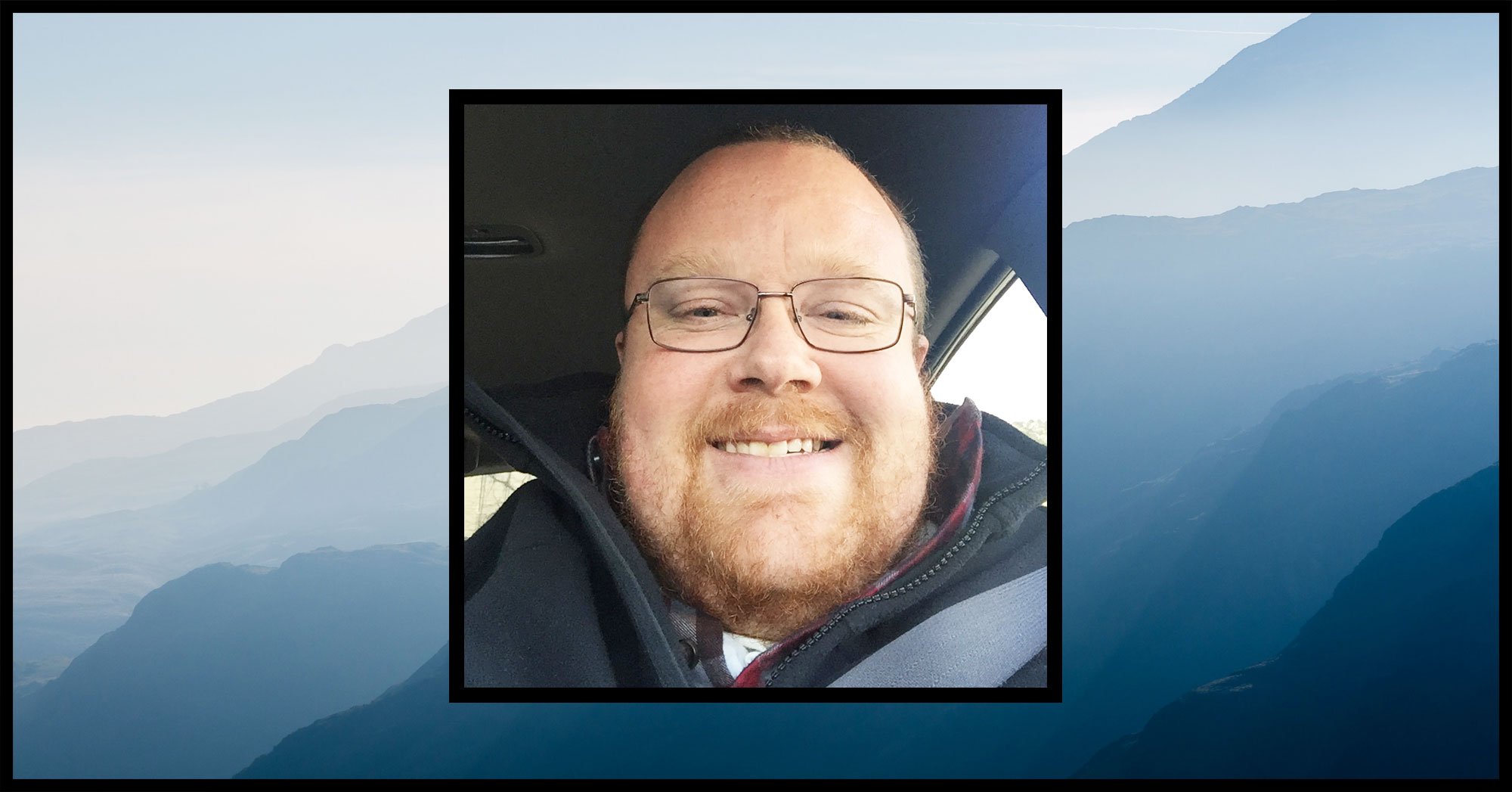 I think most people can benefit from therapy, in one way or another. Therapy has a way of showing you things you thought were normal in a different light, or maybe normalizing some things about you that you were convinced were aberrant and weird. There are a number of default behaviors of mine which are the result of past trauma and, up until this point; I thought they were basically normal. I thought the things I instinctively did to protect myself were perfectly rational and reasonable ways of dealing with the world.

I entered therapy for the first time about seven years ago, four years after my diagnosis. There was never any discouragement about it from my network saying that I was too psychotic or anything of the like. The role of therapist was co-opted by my then psychiatrist who met with me and my parents together for years as we navigated my recovery; and theirs’ too. I didn’t receive “therapy” until I joined the public mental health system and it was included as part of my client benefits. That first therapist made me feel like an alien in my own body and it was as though she was trying to convince me of things that weren’t true. It was a very surreal experience and, though I only had four or five sessions with her, I got turned off to therapy for a long time. Finally, last summer, my brother had been extolling the incredible benefits and virtues of therapy for himself, so I figured it would be worth a shot. I linked up with a different therapist and, thankfully, it has been a joy for the last year. We understand each other and she makes me feel as though I’m valid and that the things I’m experiencing are okay. 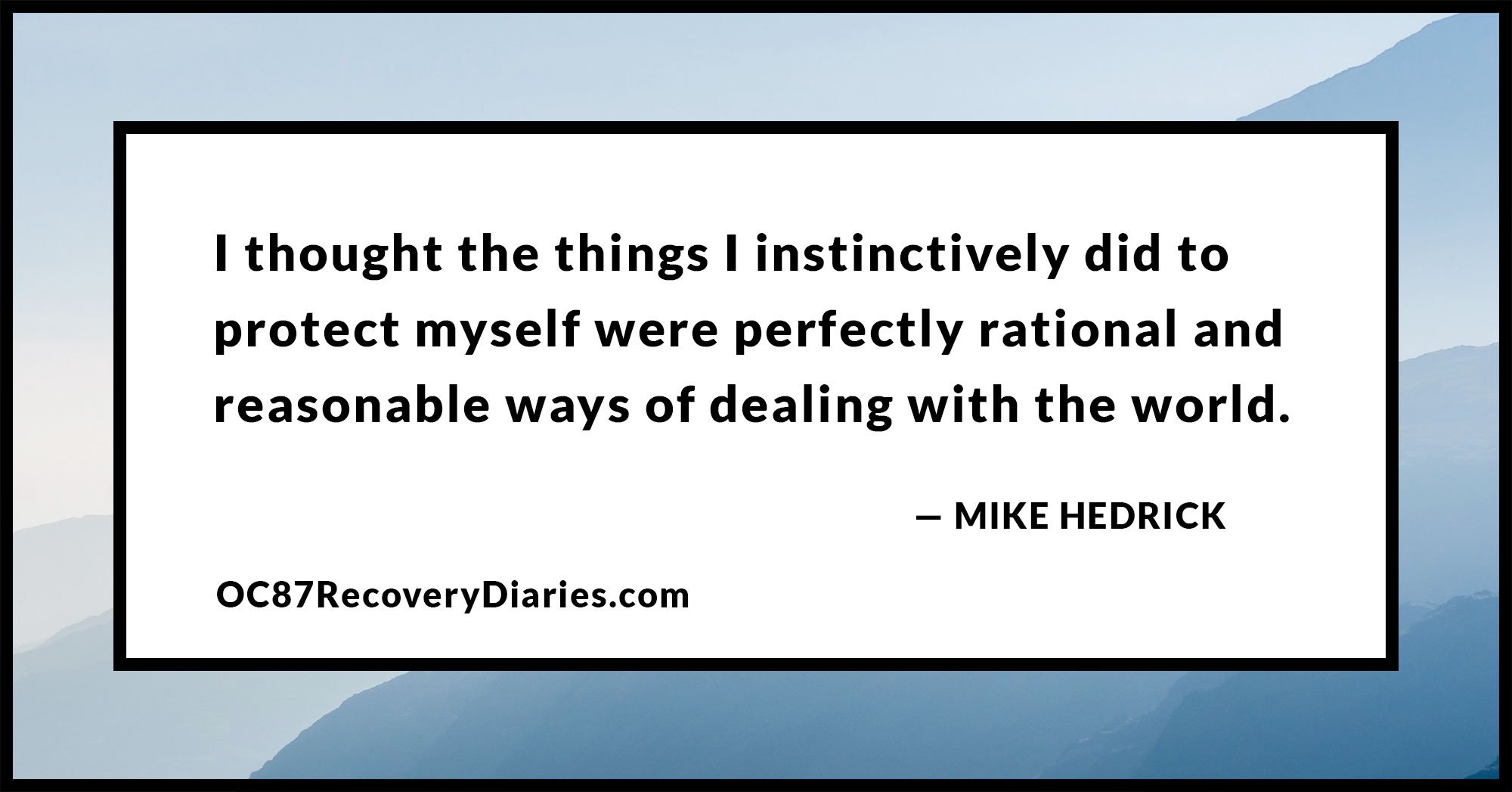 Therapy shows you that some of thoughts and behaviors are unnecessary, or maladaptive. I’ve learned that the things I do as a default are sometimes reactionary and that I learn new, healthier techniques that have been specifically developed for people like me. For a lot of my time living with schizophrenia, I wasn’t in therapy. I just saw a psychiatrist and I thought that was all I needed. I developed my own ways of surviving and coping with the world, and I still hold onto some of those old ways. Therapy has shown me that I can bypass a lot of those unhealthy survival tactics by reframing my outlook and my thoughts. Therapy can change lives, but there are, however, a number of bumps and valleys in the therapeutic process. While the ride can be difficult at times, I’ve found that it makes for a much happier state of being in the long run. 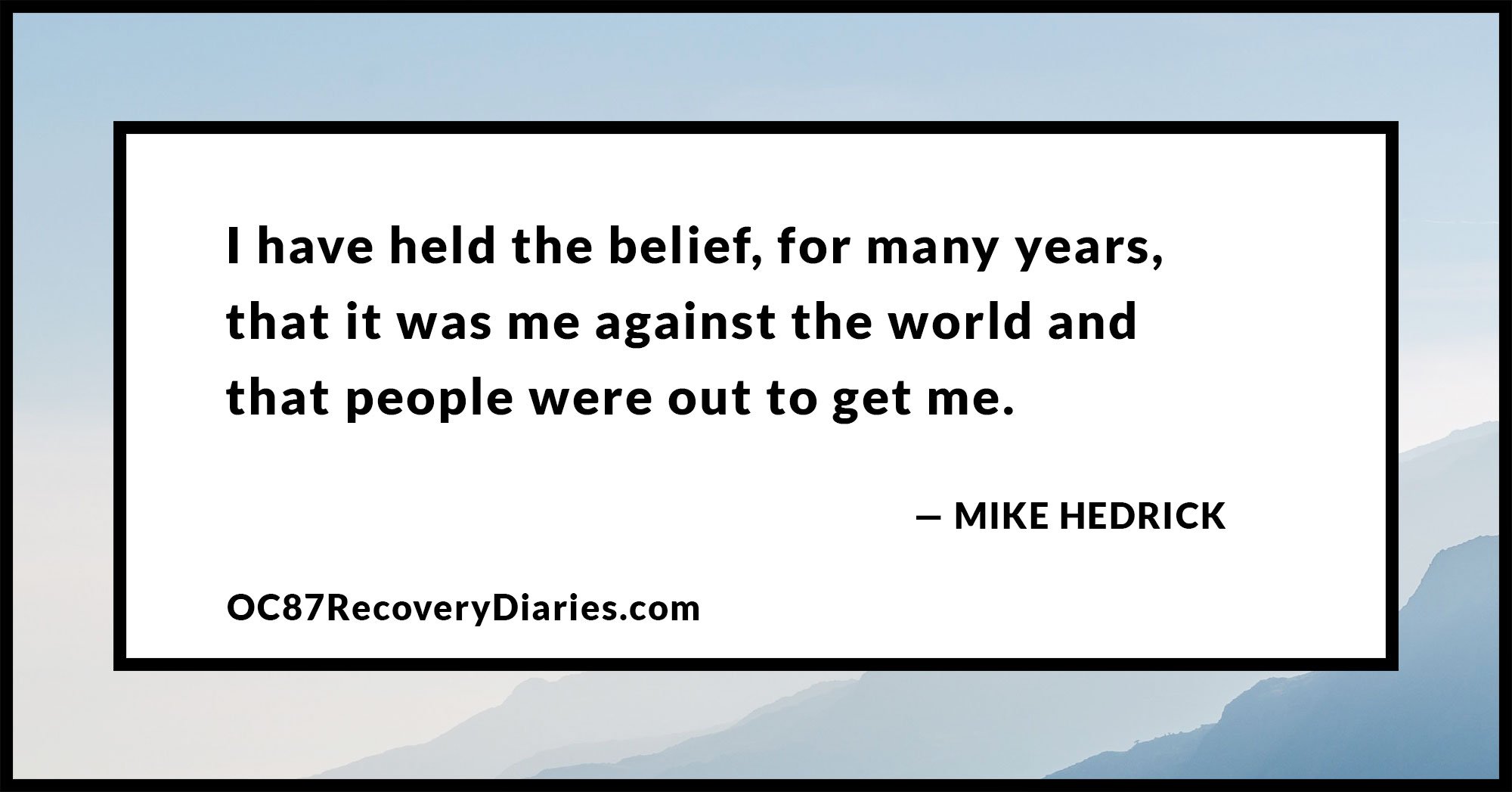 Bumps in the ongoing process of therapy, or issues that can make being in therapy potentially difficult are things like self-destructive behaviors and negative narratives, (about yourself or really anything), that makes you feel especially vulnerable. Many times you’ve developed these behaviors as self-preservation techniques in a way to shield you from the world but, in therapy, you learn that sometimes someone who you may think is out to get you is actually pretty benign. I have held the belief, for many years, that it was me against the world and that people were out to get me— they either had the motivation to make fun of me or to make me weak— and I put on a lot of emotional armor that I thought was necessary to survive. I’d carry this stuff around with me everyday, always hyper-aware and on-guard that any situation I entered could result in pain. It took an immense amount of emotional energy to even leave the house and, when I did, the only thing I wanted to do was to go back home. 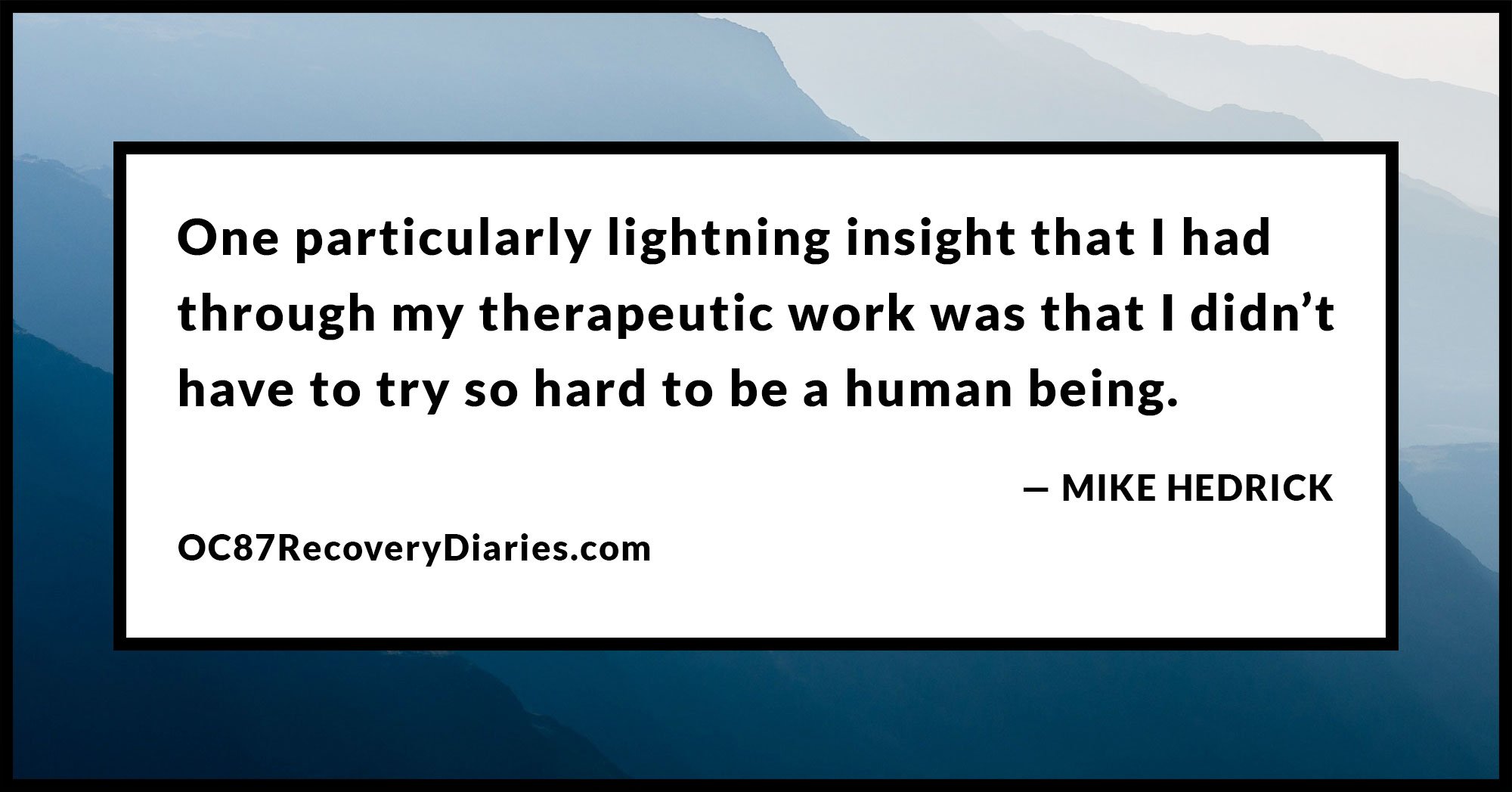 Society was draining with this worldview. It wasn’t until I realized, with the help of my therapist, that I was just arming myself against one particular instance in my past that caused me a great deal of pain. Slowly, we worked through my feelings and my behavior and reframed the situation, and all of my situations, until we got to a point where I could feel comfortable in my own skin and going out. There will be hard stuff to work through in therapy, that’s pretty much par for the course, and some of the stuff you don’t even realize you do until you’re able to reframe things. I’m still not perfectly comfortable in society, but I’m working on it. 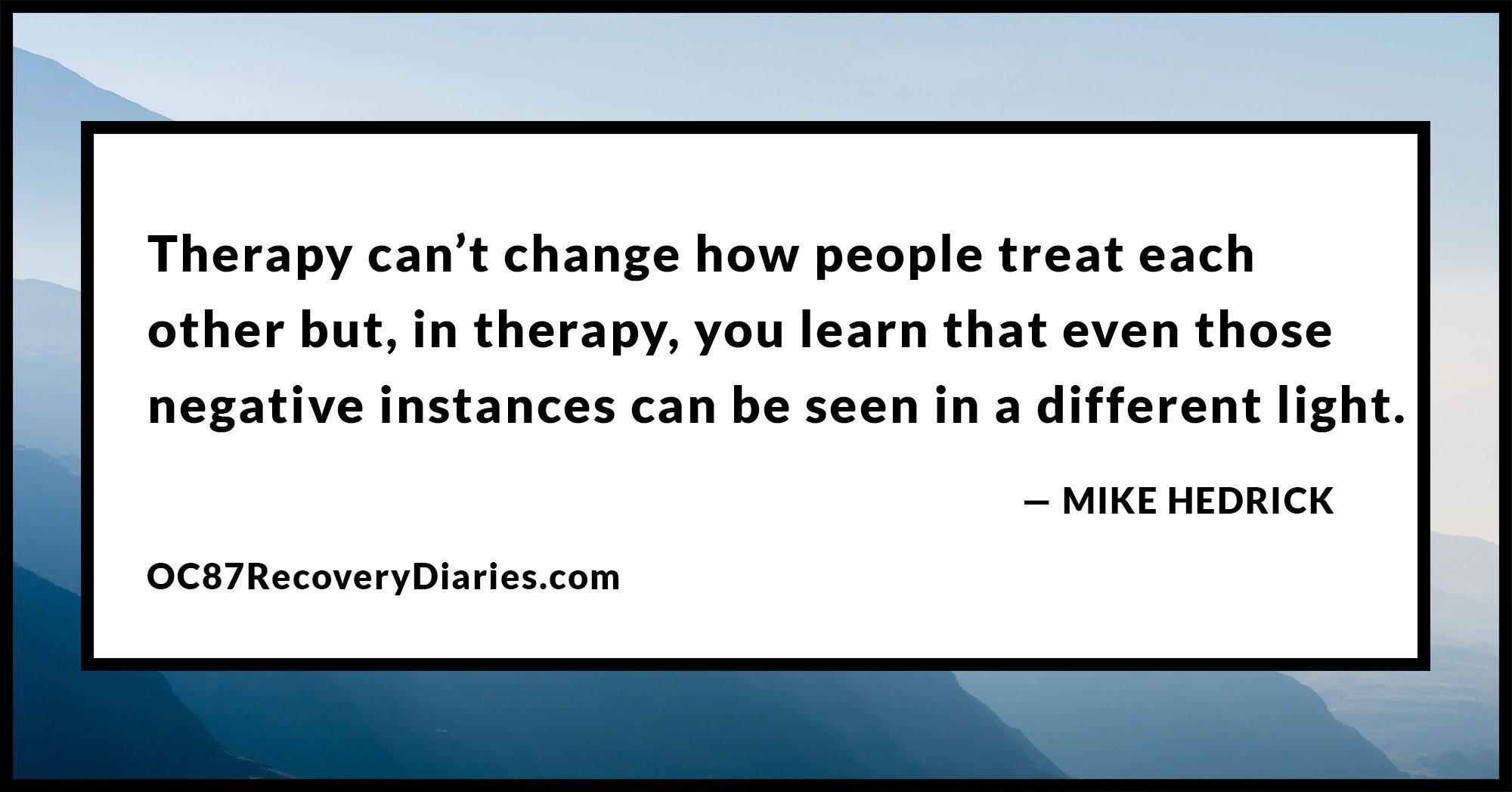 There are also valleys. These can be realizations that bring you joy and a sense of contentment and working through the bumps can lead you to these epiphanies. Sometimes they’re easy to see, sometimes you have go through a few hoops to see them. One particularly lightning insight that I had through my therapeutic work was that I didn’t have to try so hard to be a human being. I had no reason to try and put on my best face, my best behavior and a gregarious state of being. I realized that everything you feel as a human being is valid— even the tough stuff— and trying to keep people happy all the time is not a realistic expectation to place upon yourself. This was especially freeing for me because it meant that I could relax and be the person I am, not some extroverted, overly happy Type-A. I could ease into how I truly felt and I didn’t have to put on a show to get people to like me. That I think was the biggest valley in my therapy; it meant that the road was smooth, whether I was feeling good or not, and that not feeling happy or social is okay.

Therapy is something that can bring forth myriad revelations for all kinds of people in this world. I think I’m safe in saying that everyone has something that makes them feel off, and everyone has something that they don’t tell anyone about. Therapy can help you work through these things and find a life that’s free from the defensive. Sadly, therapy can’t change how people treat each other but, in therapy, you learn that even those negative instances can be seen in a different light. Most of the time, the world isn’t as nasty as you think, it’s just full of people that are having a hard time: people like you and me. 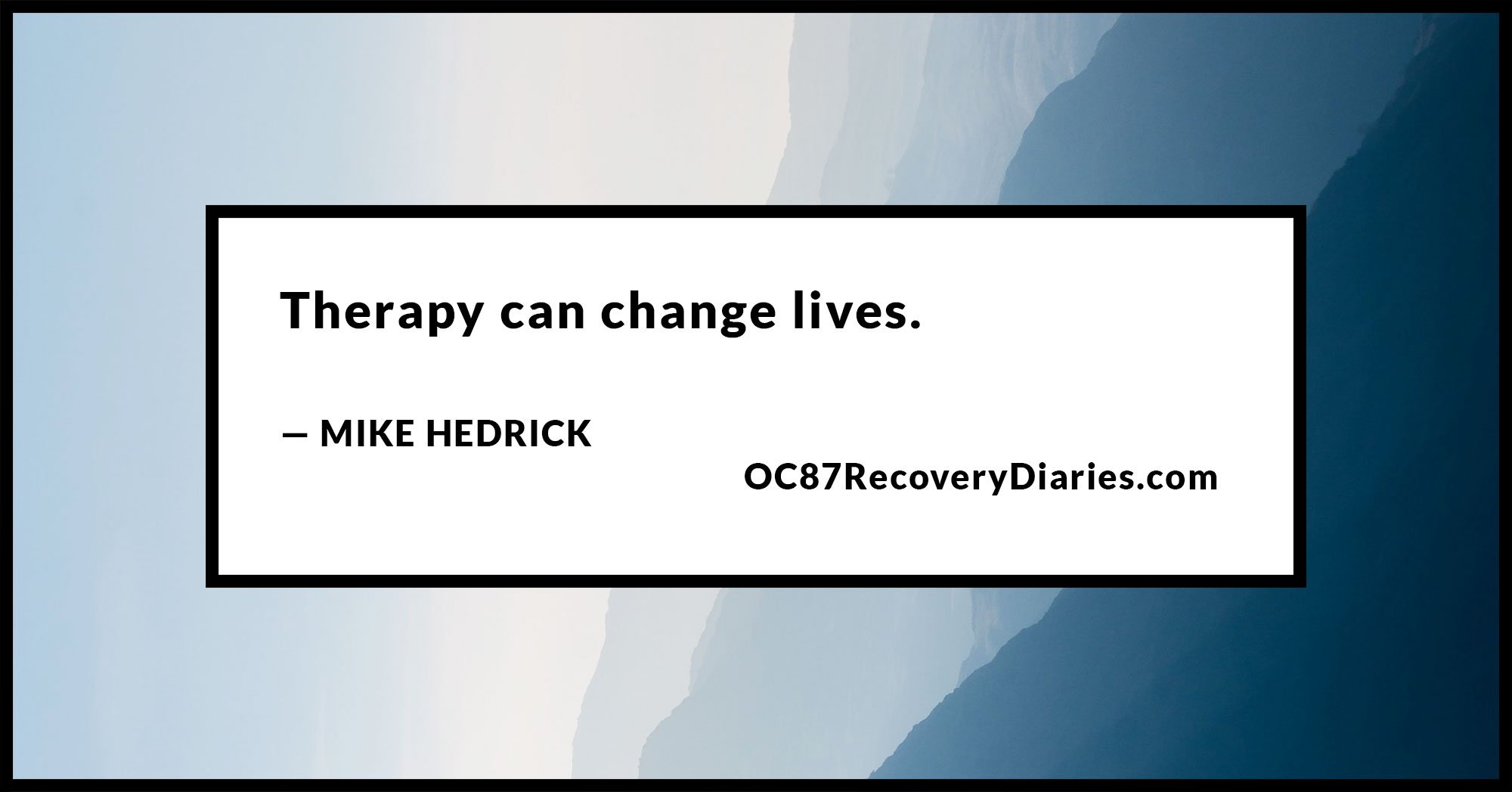 Obsessions and Addictions: Transformation and Transcendence

I am plagued with obsessions and addictions. On default I use mental compulsions (avoidance, reassurance seeking, mental rituals, etc.) to seek relief.