The Perks of Being a Wallflower - OC87 Recovery Diaries

The Perks of Being a Wallflower 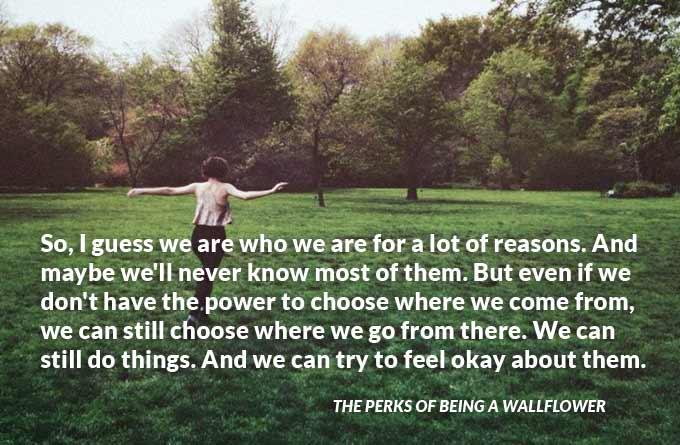 Stephen Chbosky’s The Perks of Being a Wallflower became an instant cult classic among teens when it was published in 1999. I first encountered the book as a young teenager, and it has played a big role in my life ever since.

The Perks of Being a Wallflower is the coming of age story of Charlie, an introverted and anxious teenager who describes his experiences of entering high school and falling in love among other things in a series of letters to an anonymous person. The letters are blunt and feel palpably real. Charlie is a thoughtful writer who writes about the trials and tribulations of attending high school, making friends, being a son and sibling, and excelling in his classes.

The book is geared to young readers, although it is a tale for anyone who has ever felt like an outsider. Charlie experiences mental health challenges, fears, and anxieties. He spends a lot of time working through his emotions and experiences. He does his best to be reflective and aware, though he has trouble getting outside of his own head. He wants to find connection to things.

Anyone can relate to his desire to find friendship and love.

I first came across this story in a time of great change in my own life and it deeply impacted me. The narrative feels like a diary, and when I first read the book I was keeping a diary. I related to Charles’ reflective nature. I liked the fact that he was sharing all of these thoughts with a stranger via letters and hoped to do something similar in my own life. I recognized the characters he writes about — they are our best friends, our parents, our teachers. They felt honest and true. I also related to his struggle. Charlie tries to navigate an often-cruel high school environment while attempting to forge his own path. Though at times he realizes: 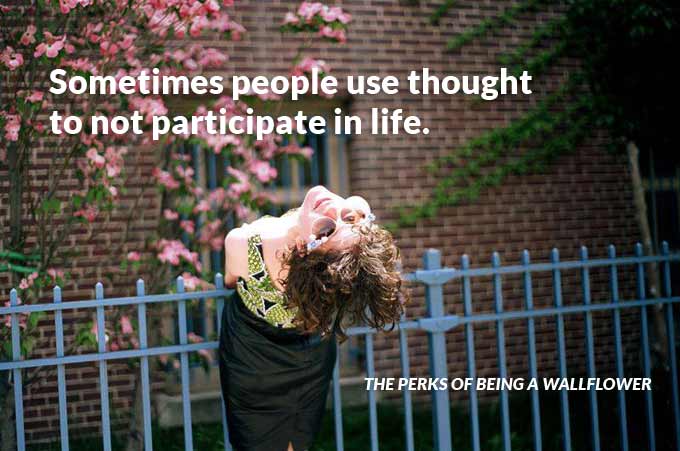 It is clear that Charlie is different from most high schoolers. He is very self-aware, at times self-loathing, rather anxious and as he describes it “both happy and sad, and trying to figure out how this can be.” His anxiety and at times lack of clarity are explained as the book takes a surprising shift at the end. We learn that Charlie has been through a lot of trauma, which cause him this sense of confusion, blurriness and guilt. In fact, these former traumas are most likely the cause of Charlie being a wallflower. He describes what it feels like when he is depressed: 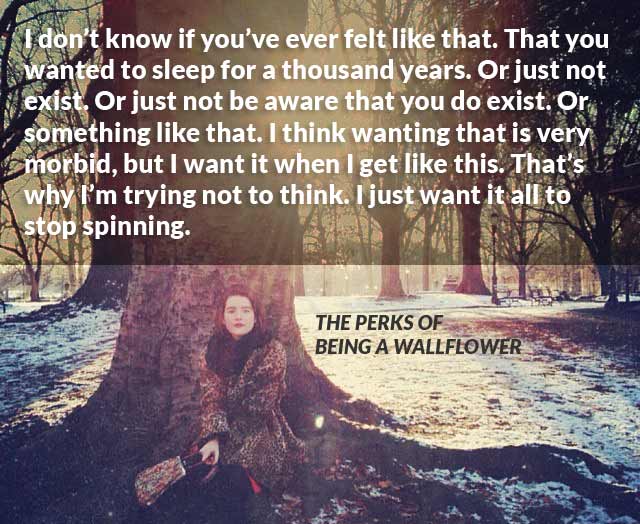 I first read this book in my 7th grade English class. It was a difficult year for me socially and academically. My teacher introduced me to this book and a new way of thinking about school and creative arts. The story and the teacher inspired me to write and I wanted to find my voice. I had always been a writer but it prompted me to journal more frequently, inspired by Charlie’s self-reflective letters. I even shared some of my thoughts with people just as Charlie did in sending the letters. I was learning that I, like Charlie, wanted to be a writer, and to do so I had to be an active participant in my life. (In fact, I still struggle with this as an adult, allowing social anxieties to get in the way of the things I wish to do.) In 7th grade, Charlie’s story of growing up resonated with me, but not the way it later would and does now.

In 2012, the film version of The Perks of Being a Wallflower came out in theaters. I was hesitant about seeing the film at first, as the story held such an important place in my heart. I feared the film would change the book for me. It had been years since I read the book, and in that time I experienced many changes in my own life, some of which were similar to what Charlie experienced and to the twist at the end of the book. I decided to see the film, hoping the book wouldn’t be ruined. And it wasn’t. The film was very moving, creating an image that felt true to the novel. It featured excellent acting by the entire cast, costuming that felt like high school in the 90’s and a set that made me reminiscent of being in high school hallways, or at the football game. The characters came alive for me in a new way that I had not expected. Perhaps it was in part because the film helped me re-remember the story and why it had touched me. I felt triggered as I watched some of Charlie’s experiences come to life before me on the screen. I left the film feeling nostalgic, hopeful and sad at the same time. 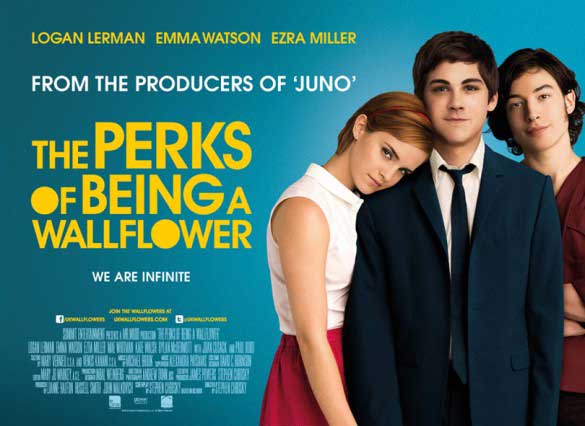 Then after watching the film, I returned to the novel once again.

“I think the idea is that every person has to live for his or her own life and then make the choice to share it with other people. You can’t just sit there and put everybody’s lives ahead of yours and think that counts as love. You just can’t. You have to do things. I’m going to do what I want to do. I’m going to be who I really am. And I’m going to figure out what that is. And we could all sit around and wonder and feel bad about each other and blame a lot of people for what they did or didn’t do or what they didn’t know. I don’t know. I guess there could always be someone to blame. It’s just different. Maybe it’s good to put things in perspective, but sometimes, I think that the only perspective is to really be there. Because it’s okay to feel things. I was really there. And that was enough to make me feel infinite. I feel infinite.”

–The Perks of Being a Wallflower

Re-reading The Perks of Being a Wallflower as a college senior, I experienced a whole new meaning and understanding to the book. I felt closer to Charlie. I had a new insight on why he made the choices he did. I found myself having many revelations about the text. Charlie was suddenly more relatable than ever. We all have experiences that shift and build the person we become but we have the power to change that with self-reflection and awareness.

The author of this essay, Laura Farrell, in August 2012

Charlie’s story and reflective nature brought clarity into my own life and mental health. It’s okay to be a wallflower. It’s okay to feel both happy and sad and to not always know how to navigate complex memories, emotions and traumas. We all face challenges and change. But the moments in which we feel infinite make the complications more bearable. The Perks of Being a Wallflower was a gift in teaching me these things.

Laura is a therapist, writer, editor and artist living in Philadelphia, where she currently works as a therapist while also editing for OC87 Recovery Diaries. In her spare time Laura loves exploring nature and looking up at the sky or out at the ocean when possible. Laura believes in the healing powers of the arts and has found them to be crucial in her own healing process.

As someone with Asperger’s Syndrome, it’s very difficult for me to take the perspective of other people. Recently, I made a breakthrough in this area.