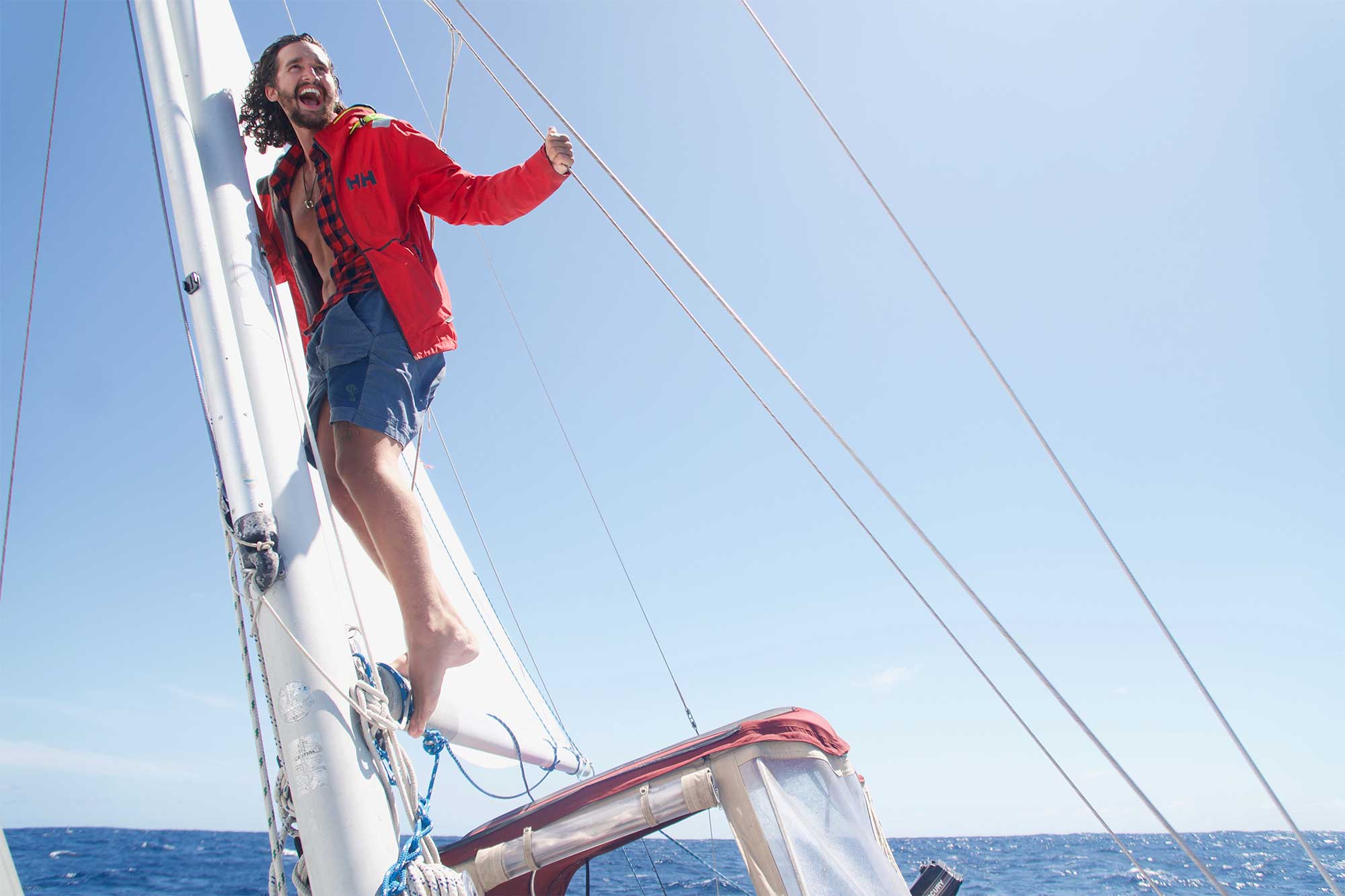 Over twenty U.S. veterans die from suicide every day. Every day. It’s a dark, ironic fact that the transition for military personnel into civilian life can be more deadly than combat itself.

This is the story of one veteran’s fight to beat the statistic.

Taylor Grieger is a former United States Navy Rescue Swimmer who has served in Guam, Japan, Brunei, Australia, Philippines, Hong Kong, and South Korea. He was diagnosed with complex PTSD several months after his release from the Navy. Upon his return to the U.S., Taylor was given little-to-no guidance on how to cope with his condition, and simultaneously had to confront the stigmas attached to veterans with PTSD. He was alone, adrift, and was sinking into depression.

To better understand his PTSD, he reached out to a former high school swimming pal, writer Stephen O’Shea, who had just completed a collection of short stories based upon the narratives of American soldiers who fought in Iraq and Afghanistan. Through his conversation with Stephen, Taylor realized that he was not alone in his battle with PTSD.

Despite his mental health challenges, Taylor is also a man of big dreams and action. He decided to confront his PTSD head on with an ambitious adventure — to conquer his childhood ambition of sailing the harshest waters known to man and sail around Cape Horn. He exhausted his life savings on a dilapidated, 36-foot Watkins sailboat and spent the next nine months reinforcing the hull, refurbishing the interior, and replacing the sails and rigging. He invited Stephen to join him on his life-changing sailing adventure. Stephen accepted his friend’s invitation. They departed Sept. 25, 2017, and spent almost 10 months on their seafaring adventure. The swimmer and the writer have been documenting their journey from the very start, chronicling their adventures on their website skeletencrewsailing.com.

OC87 Recovery Diaries is proud to support Taylor and Stephen and present Hell or High Seas, a short film that chronicles the first leg of their challenging journey. Watch the video to trace their trip and see how they faced the many challenges presented by hurricanes, a cranky old boat, and other misadventures. Through circumstances out of their control, they were thwarted from achieving their original goal in one trip, but they did not abandon hope.

This month, they depart for part two of their journey, which includes sailing around Cape Horn. For those non-sailors reading this, Cape Horn harbors the most treacherous waters on the planet. It’s where the Pacific and the Atlantic oceans collide, and everything gets magnified in that tiny channel, producing 100-foot waves with hurricane force winds. As Stephen says, “It is the “Mount Everest” of sailing, and it’s nicknamed the “sailor’s graveyard” for a reason.”

They hope to complete the rest of the voyage sometime in February of 2019. When possible, Taylor and Stephen will check in with us on their progress, and we will share on this site, and through our OC87 Recovery Diaries social media channels.

Hold fast, and enjoy this moving film about hope, perseverance and the power of friendship. 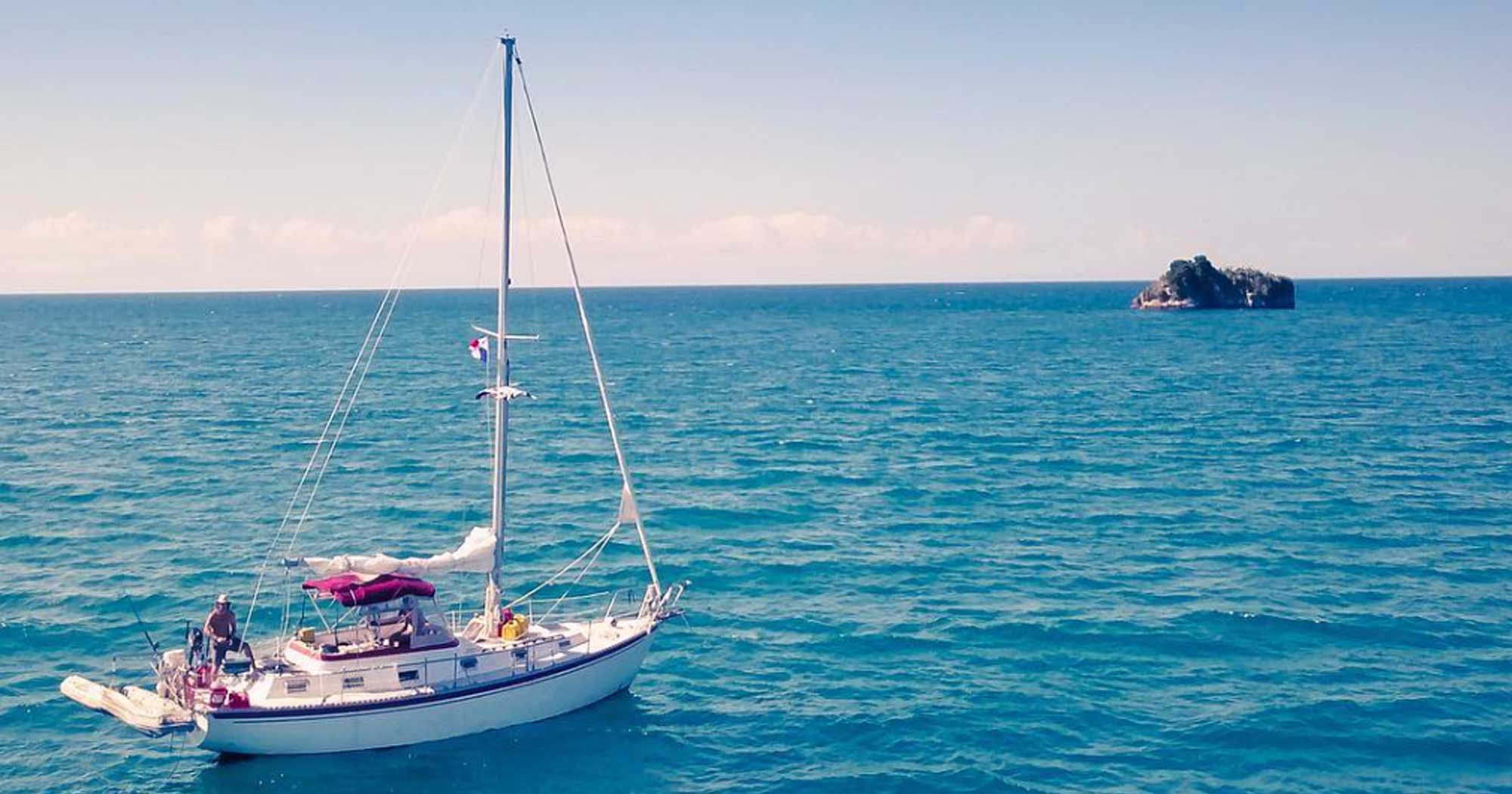 In addition to sharing a first name, they also share a passion for busting stigma about mental illness. Mental health advocacy brought them together, but something deeper created a connection.