Surviving Suicidality to Live in a Wonderful World 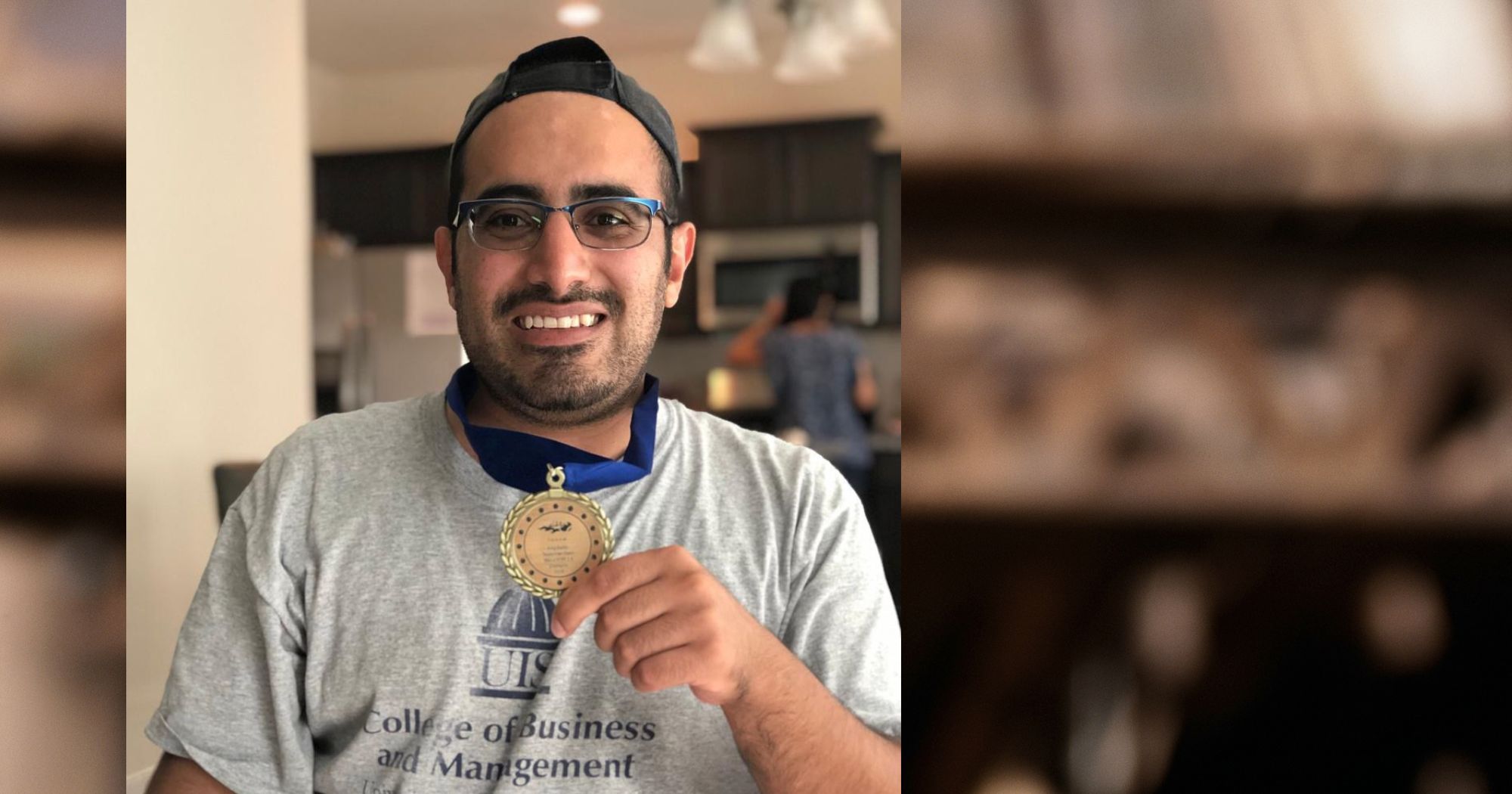 Surviving Suicidality to Live in a Wonderful World

​It is a wonderful world, I said to myself, on what I thought would be my last walk. It had only been a few minutes since I had last thought of ending my life. I had prepared my home for my suicide, and set myself ready to find peace on the other side, whatever that meant. I found relief in the prospect of my spirit going back to where it belonged while my body suffered the effects of my lethal method of choice.

Before I did that, however, I wanted to garner one last round of appreciation for the world I thought I’d leave behind.

This had not been the first time.

A few years before then, I sat on the edge of my balcony, up on the forty-seventh floor of one of Toronto’s ritzy-glitzy skyscrapers. Anything could have knocked me down: a strong gust of wind, one erroneous move, a gentle slide. I was inches away from plummeting, from transforming hopes and dreams into broken bones, torn muscles, and eventually, scattered ashes. 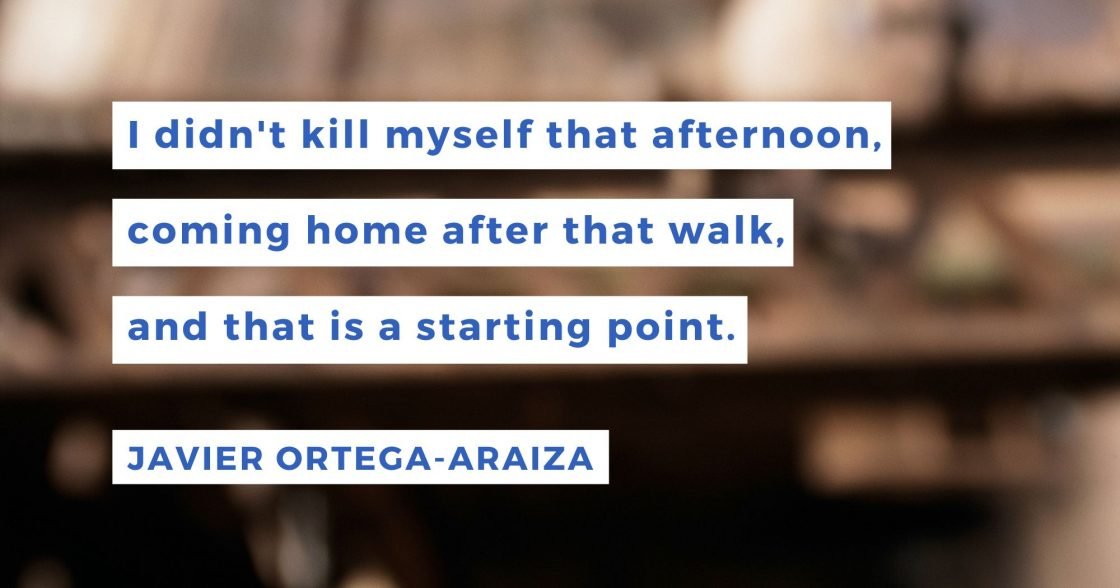 I recalled that Toronto night during that last walk. I also remembered the many times I nearly died, unintentionally, like in a horrendous car accident at sixteen, where the police officers who attended the scene exclaimed how surprised they were that I had emerged unscathed. My several episodes with substance abuse, and its correspondent reckless behaviour. Even if I seem to have accomplished a lot at a short age, there is a part of me that seems keen on self-sabotaging.

Occasionally, though, it is the light that wins.

I didn’t kill myself that afternoon, coming home after that walk, and that is a starting point.

People I’ve spoken with say that when we are about to die, we regain the capacity to love purely. All of our fears, resentments, guilt trips—we shed them, they fall away in the face of death.

I found that to be very true.

​Since I was a kid, I have been highly sensitive. I absorb the energies of those around me. When harnessed properly, these qualities are a wonderful asset. They can help us heal and be the healer.

I can’t blame them.

But because of this, I absorbed the values of the society around me. 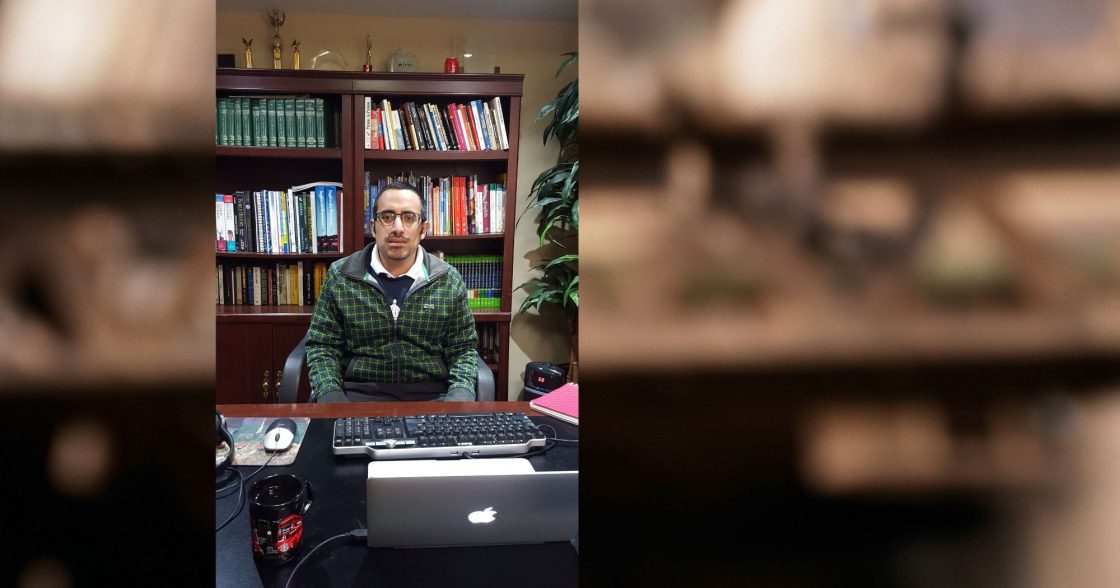 I wanted to be accepted, so I picked up the cues of what “being accepted” would mean. I clung to what everybody expected of me—which always had to be perfection—and as a result, engaged in people-pleasing behaviours. I didn’t know what boundaries were, so it didn’t occur to me that I had the right to set any. How can I know what I don’t know I don’t know about?

As a result, nothing I did was enough.

By the age of twenty-five, I had built a seven-figure business, I had travelled the world and made many friends around it. I was seen as a rising star with bucketloads of talent on every front: athletic, artistic, and entrepreneurial.

And yet, I never felt satisfied. 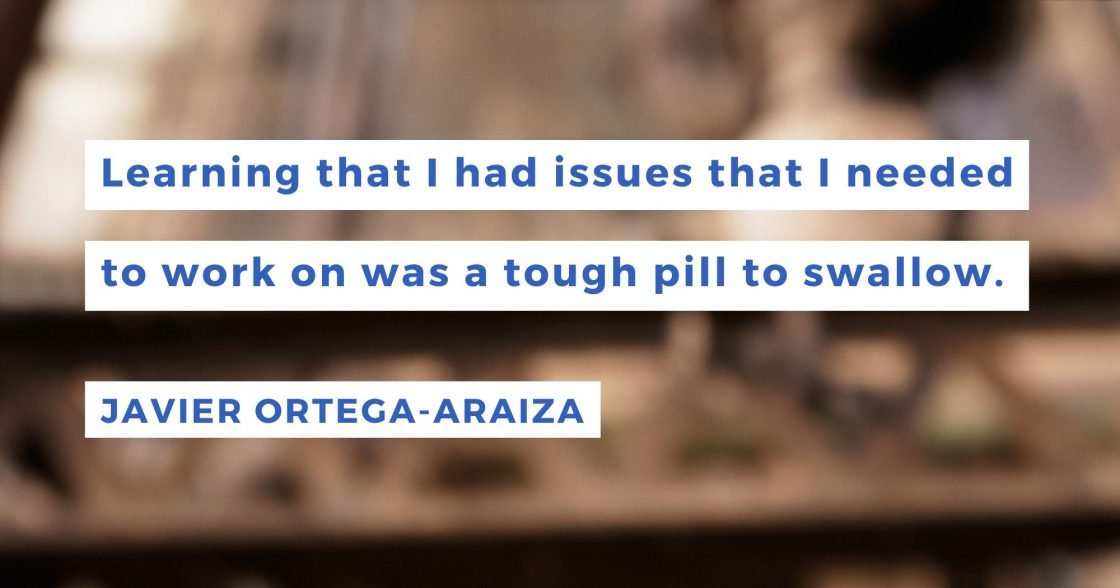 I ended up losing my business due to poor decisions: partnering with the wrong people, not leading from within, but leading to create an image I wanted others to have of me. This led me to be in deep debt.

When it came to my personal life, it wasn’t any better. I ended up in a codependent relationship where I was afraid of speaking up for my needs. Instead, I assuaged the pain with paid sex, alcohol, and other substances.

I was Jekyll and Hyde, seen as this wise, imperturbable Buddha—yet inside, I was falling apart. And I headed out to my balcony to let my body catch up with what already was my spiritual condition. Inside, I was already dead.

Sometime after that strange, mystic force persuaded me to walk back to safety, I found a business card in one bag that I was about to discard. It said something about healing and, for some reason, the energy of the card spoke to me. I decided to email this person. For the next three years, she became my therapist.

It wasn’t always easy. As somebody that had grown with the quintessential perfectionist attitude, learning that I had issues that I needed to work on was a tough pill to swallow. But, as the adage says, the only way was through.

Since I was a child, I had a feeling that I might have a certain degree of bipolarity. My confidence would ebb and flow—sometimes I was on top of the world, while other times, I couldn’t bring myself to do anything. This became more evident as I became a competitive tennis player as a teenager. I could play tremendous matches, pull out unexpected comebacks, and I won several doubles tournaments by taking the lead and inspiring whoever was my partner. 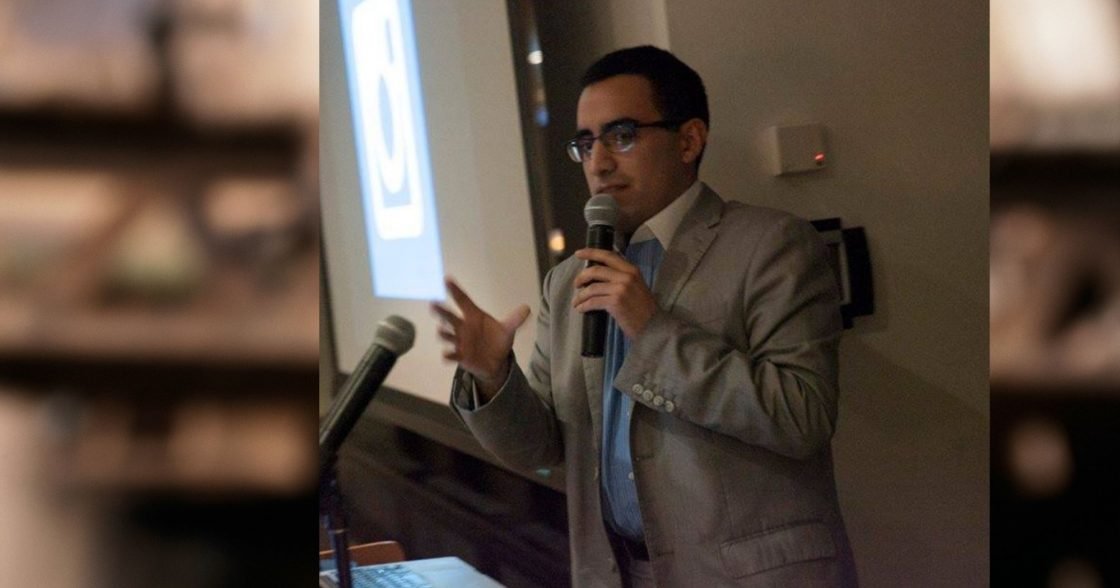 However, I was also capable of having complete meltdowns. I remember collapsing mid-match, unable to stop my mind and either exploding in anger or simply succumbing to indifference, the same way a few professional players throw the towel nowadays.

Why did sometimes I have the energy to do anything, to overcome any feat, while other days I could hardly get out of bed?

Working with my therapist helped me accept these swings as part of who I was, and to love myself not despite of it, but because of it. Working with her, I learned about boundaries, about self-love, about how to accept myself and let go of harmful, people-pleasing patterns. The following three years carried a lot of deep work, a significant amount of tears, of anger, and of letting go of previously-unprocessed pain. 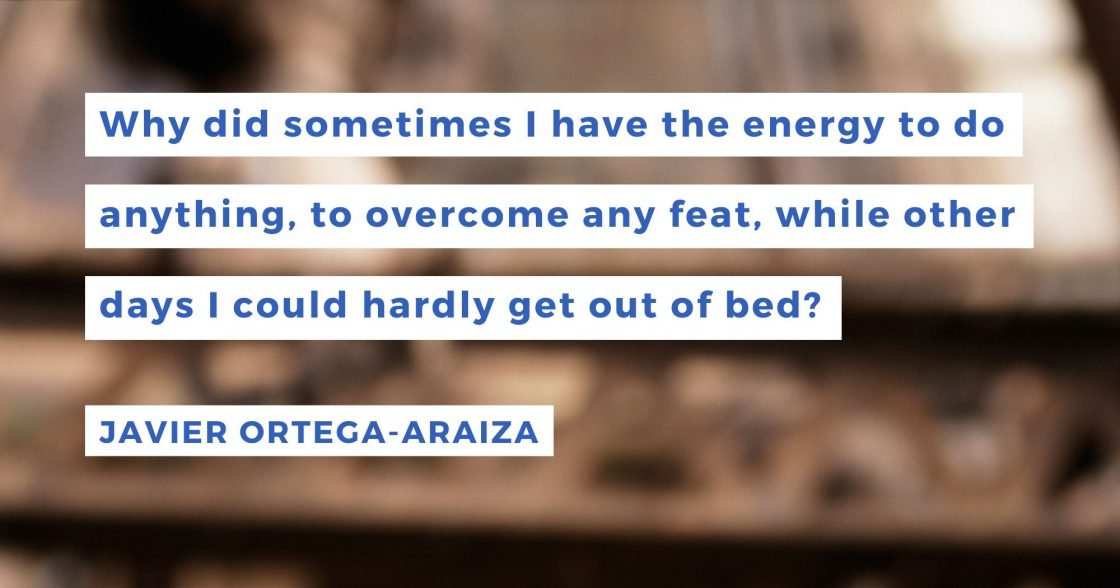 The work I did with my therapist led me on the path of self-love, growth, and healing.

Then, I began to do the work by myself. I developed a routine where I journal, meditate, and engage in the practice that has largely saved my life, the Ho’oponopono.

The Ho’oponopono is a practice developed by Hakuna Morrnah Simeona in Hawaii, and it revolves around reconciliation and forgiveness. It is based on four mantras: I’m sorry, Please forgive me, Thank you, I love you, through which we restore ourselves to our original state; a state of zero, a state of love.

​It has been this practice that has, also, allowed me to live one day at a time.

Shortly after my journey with my therapist came to an end, I met my girlfriend. It was the first conscious relationship I have had. Together, we have done a lot of deep, healing work. We have worked together through books like Hold Me Tight, by Sue Johnson, and Getting the Love You Want, by Harville Hendrix and Helen LaKelly Hunt. It has been through her that I have learned how to be vulnerable with another person, and how to let go of my previously codependent patterns to forge a relationship where two independent people can come together to thrive and help each other grow.

My girlfriend also possesses deep intuitive qualities, and it was she who texted me when I was halfway through on what I thought would be my last walk. It was not the typical, Hollywood-like saviour message, where somebody goes through an extreme sacrifice to save somebody else, because that is not what true love is about. 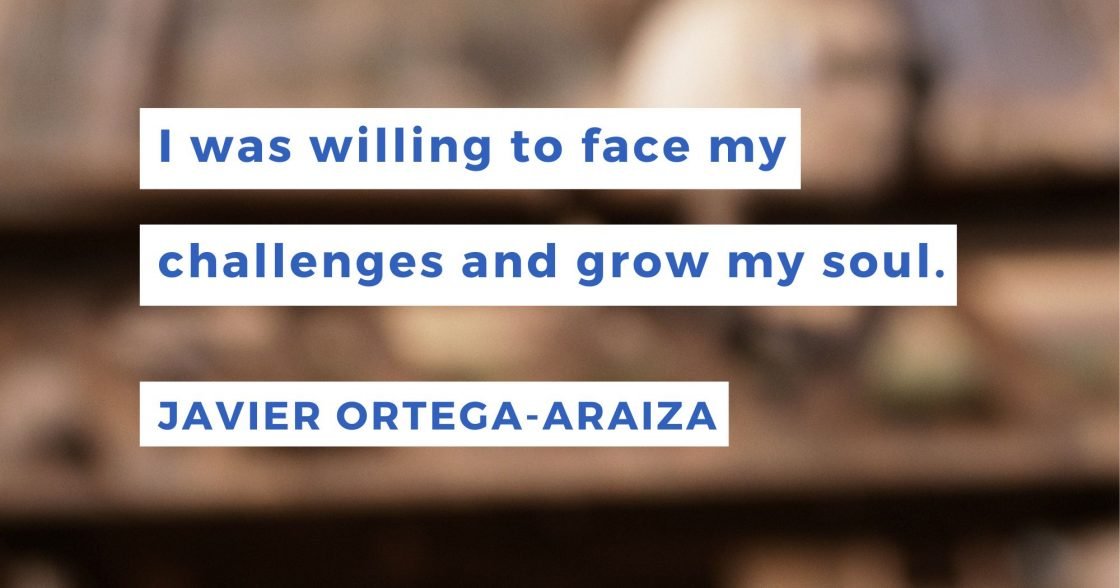 True love, as I have learned through this relationship, is about loving ourselves and others. About doing the work we need to do on ourselves so that we can help the healing process of those around us.

It was this that she reminded me of—of the importance of the work I was doing, and how it helped the world, mostly because I was willing to face my challenges and grow my soul.

On that last walk, I was marvelling at everything I saw. The birds, the dogs, the clouds, the trees, the way certain leaves pile up on the sidewalks. I do live in a beautiful town: San Miguel de Allende, in Mexico, where I moved four years ago. It is a town that has changed my perspective on life. And if it was supposed to be my last walk, how was I not going to enjoy, for one last time, its breathtaking streets and views?

For the first time in a while, I felt joy. What if I lived this way? I thought.

Perhaps not everything would be so dreary.

Perhaps I could find a way.

And perhaps, I could choose to live a little longer. 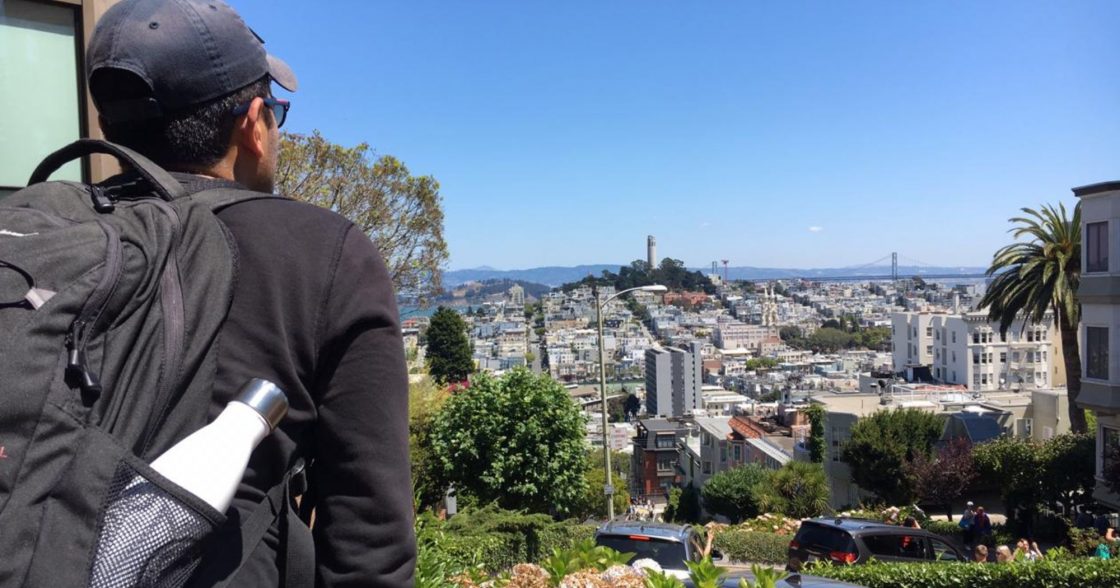 Javier Ortega-Araiza is a coach, serial entrepreneur, writer, and storyteller, among many other things in between, always with the intention of helping people break through their limitations, heal and grow, and become the best version of themselves. You can follow part of his journey through his newsletters Zen Capitalism, which combines thoughts on our spiritual journey, finance and investing, and entrepreneurship, and Spirit Rising, which focuses on personal and spiritual growth and healing, or through his Medium page.

Eleni Stephanides was skeptical that going back on antidepressants would help, but she soon felt the clouds lift, and her vitality return.