Childhood & Adult Suicide Attempts: A Vow to Get Better 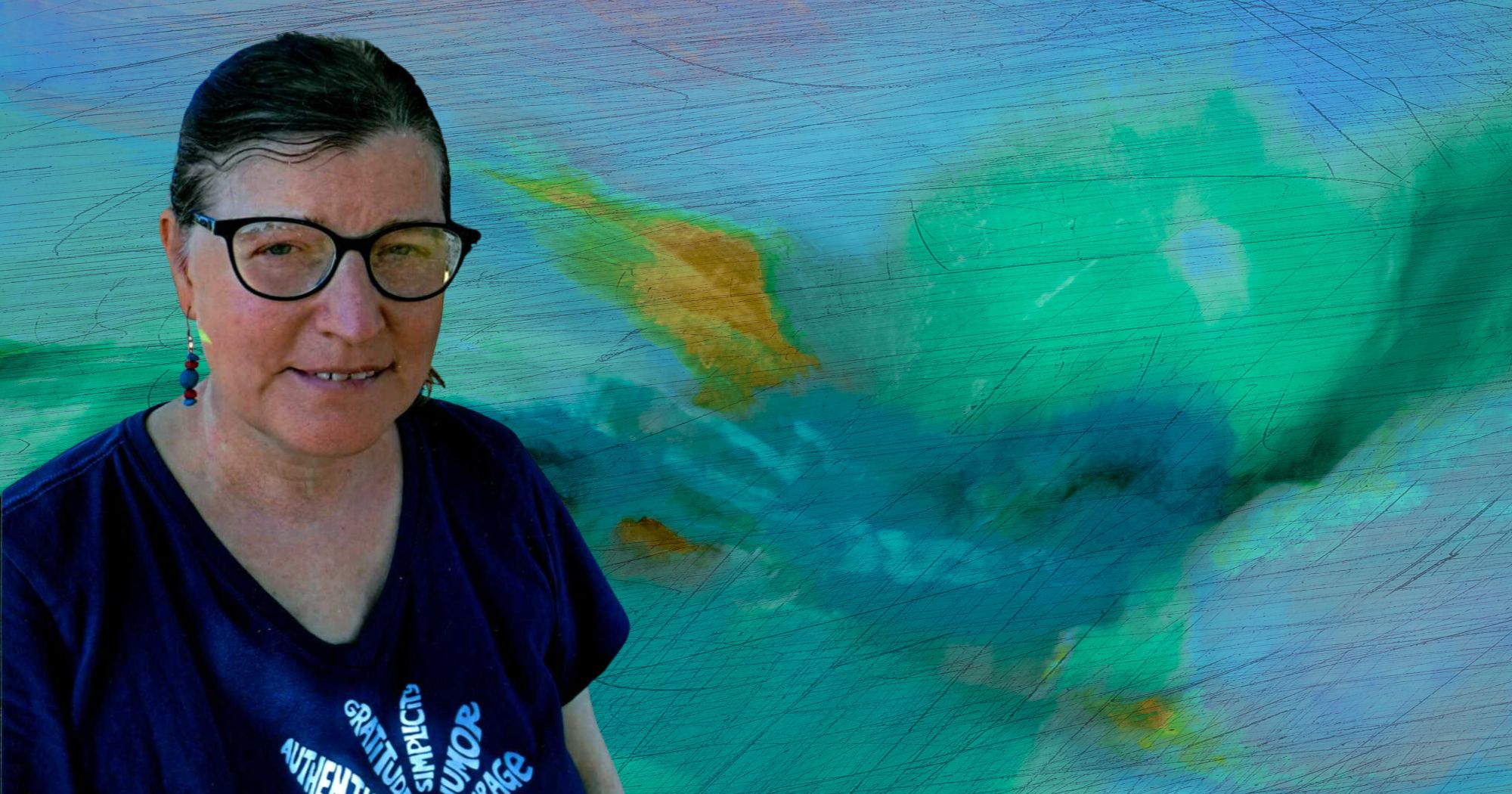 The first time I thought about killing myself, I was seven years old. My plan, unsophisticated though it was, was to stop eating and just…fade away. This went on for two days until the smell of my mother’s cooking eventually convinced me life was worth living. If my mother thought her daughter’s starvation plans were strange, she never said anything. Being married to my father, she had her own problems. I first called the police on him when I was nine. He was running around naked in the living room, waving a machete and threatening to kill me and my mom. After that, suicidal ideation became a way of life for me.

My body knew no real physical harm, but my mind became a cave to shelter my demons. I was just a girl but already had seen more trauma and pain than anyone has a right to. I’d rock myself for hours and hours, wishing I had never been born, wishing I could die, or I’d imagine my real parents were out there somewhere, coming to rescue me any day. My mind was like a movie theatre where tearjerkers played back-to-back-to-back. No matter how hard I tried, I couldn’t get them to stop. 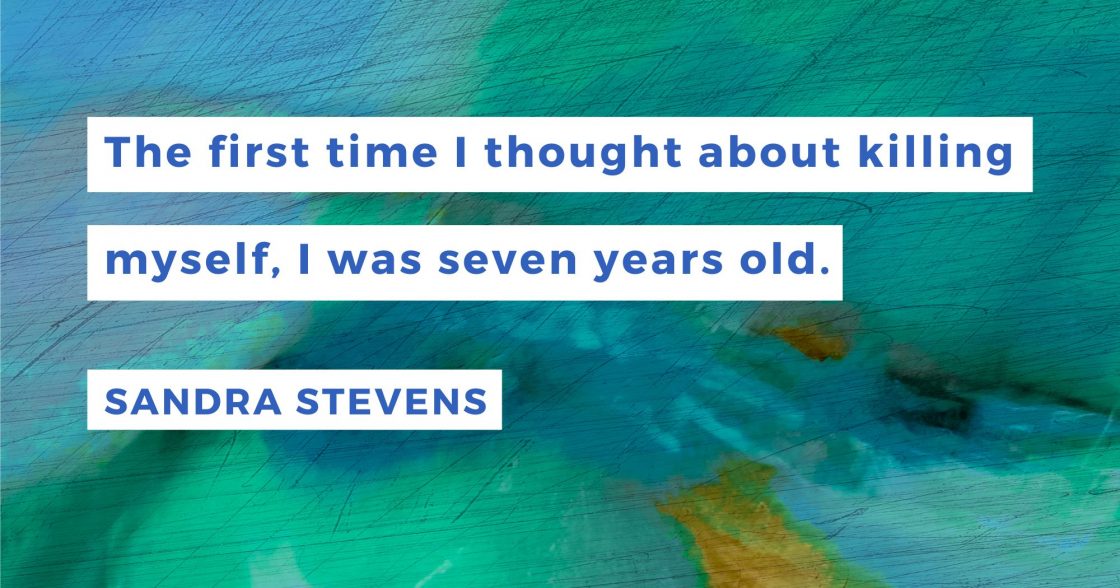 In November I will be fifty-seven, which means I’ve been battling depression and suicidal ideation for almost half a century. Fifty years have passed in a fog, and I only have a smattering of memories as consolation. I remember the first time I got published, how I foolishly thought I was cured, I had never felt so joyful in my life. That high lasted for a few weeks until I sank back down into an unrelentingly crushing abyss.

I didn’t seek therapy until a suicide attempt at twenty-two forced me into a psychiatric hospital in Atlanta, Georgia. My mom had to drive up from Tampa to sign some release papers otherwise who knows how long I would have lingered there. She was furious with me, chastising me for costing her money she didn’t have and how if I had problems, I should talk to her. Figuring location was part of what ailed me, I moved from Atlanta to San Francisco to Seattle then finally to Portland, Oregon where I plan to stay. Big surprise, my “shadow self” followed me from city to city. I could never shake the relentless pursuit of my depression.

​During the worst of the pandemic, I made another suicide attempt landing, once again, in a psychiatric hospital. Before being transferred to a cushy care facility, I was first sent to the psych ward of a local hospital that didn’t know what to do with me. It seemed like all the patients on the ward were screaming obscenities and pounding on walls. I just curled up on the faux-leather bed in my tiny room and tried to warm myself with the paper-thin blanket I was given. I don’t know why they kept the room so cold. I do know I never want to go through that experience again. The nurses ignored me and stared with blank faces when I said I didn’t belong there. The toilets were bare porcelain bowls because a patient once hit a nurse with a broken off toilet seat. When I arrived at the psych hospital, I was dismayed to see that all the patients were in their early to mid-twenties. I was the only middle-aged woman there. I thought there must be something seriously wrong with me if no one’s been able to cure me yet. When I finally met with a psychiatrist, he gave me less than five minutes of his time. He doubled my anti-depressant prescription. That’s it. I was hoping for a miracle cure, but he didn’t seem like he wanted to be bothered. 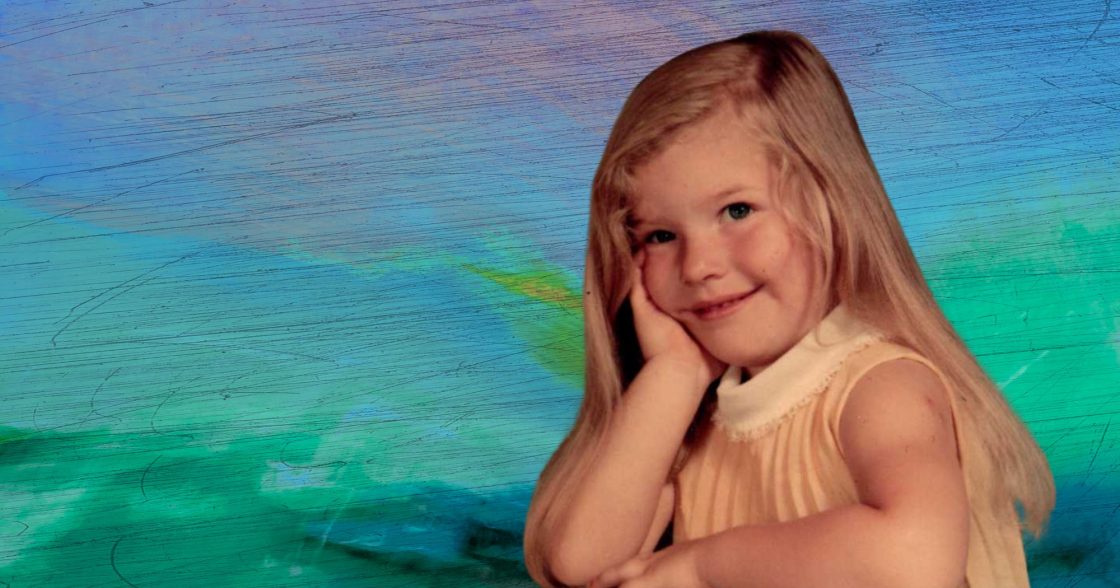 After this latest brush with the system, I made a vow to work hard on my mental health. Due to all my mental health issues, I have never been able to keep a job for very long. I ended up homeless for fifteen months. A social worker had me meet with a psychiatrist who determined I was unable to work, so I was put on SSI and found an apartment in government-subsidized housing. The thing about not working is it gives me way too much time to ruminate and play those ugly movies in my head. It would be great if I could read books all day, but most days I’m too depressed to get out of bed. I decided I needed some structure to help maintain my sanity and stave off another trip to a psych hospital. 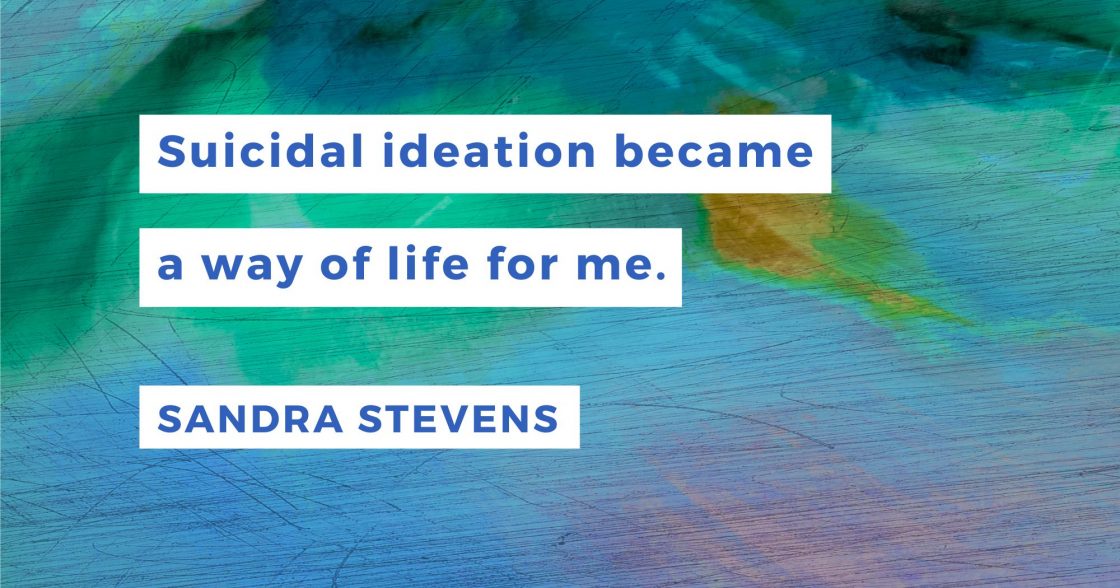 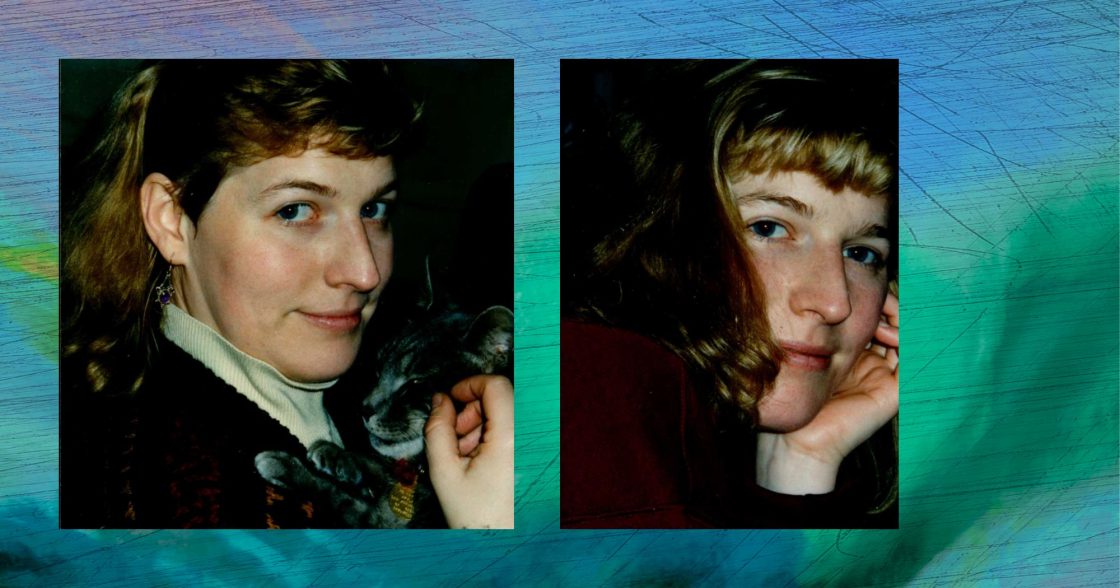 ​I’m going back to school to earn a BFA in Creative Writing. Like my compatriots at the psych hospital, most of my classmates are in their early 20s, but there are also some middle-aged people like myself. All my courses are online, so that satisfies my comfort zone to steer clear of people. Going to school at my age and with my health issues is very challenging but somehow, I manage to maintain an A average. I even won a writing scholarship, which thrilled me for almost a whole week. Soon though, the demons rushed to my side, letting me know the darkness will aways be with me. I know I’m lucky to have a passion for something. I live to read and write. Without literature as my guide, I don’t think I would have made it this far.

My maternal grandmother endured decades of sorrow yet lived to be ninety-two. My paternal grandmother lived to be ninety-seven. If I inherit that kind of longevity, I could be looking at another forty years of depression, unless I finally get some help. There must be a way to fight my genes. My father suffered from depression his entire life and eventually took his own life in 2005. My mother ate herself to death, becoming so obese she couldn’t walk anymore. Mom was such an enabler to my dad, she once got a job at a liquor store to get a discount on booze for her alcoholic husband. Neither one of my parents went to therapy or sought psychiatric treatment. Their response to my lifelong depression was anger and shame. They made me feel so ashamed, so pathetically weak-willed, that I wouldn’t meet with a therapist until my first suicide attempt.

Before I qualified for Medicaid, the therapists I saw all accepted sliding-scale clients and they got out of community health as soon as they could. One year I went through four different therapists. As soon as I bonded and trusted my person, she left for a better paying job. 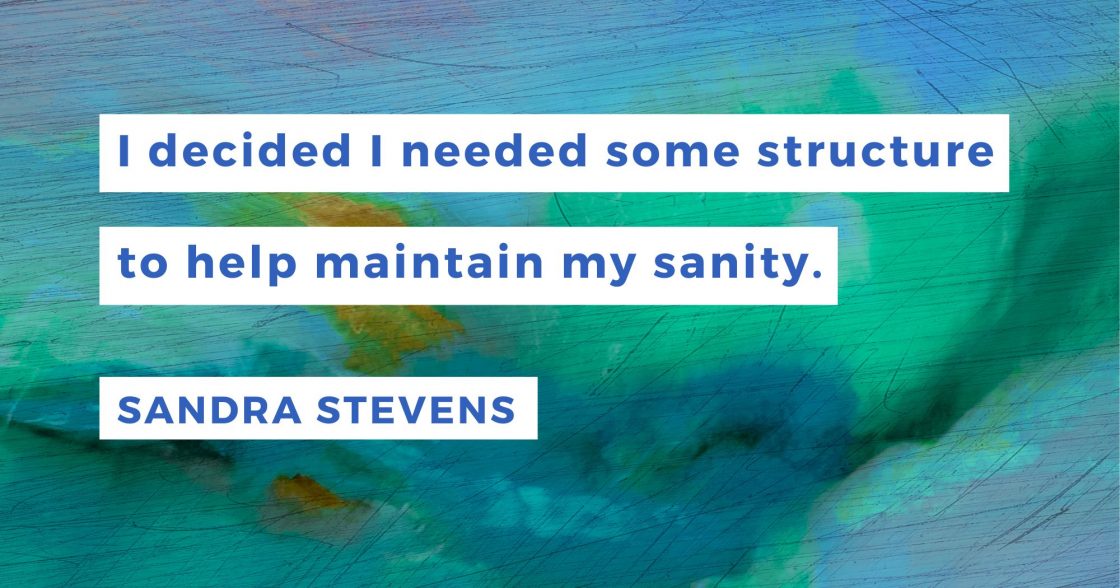 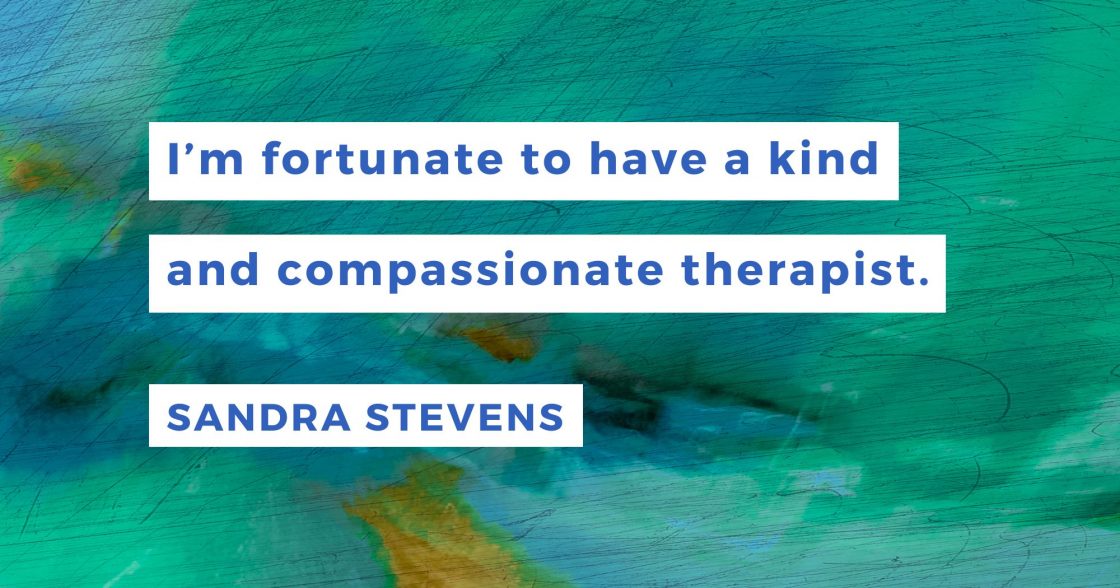 ​Sometimes, I felt like I was being judged for being poor. I remember one woman who studied her watch from the moment I sat down until it was time for me to leave. Another woman’s eyes went wild with horror when I went into details about my childhood trauma; I felt like I had offended her sensibilities and never went back. I’ve been told to imagine myself as a leaf floating down a stream, leaving my cares behind me. Another therapist told me to punch pillows when the flashbacks got to be too much.

Now that I’m on Medicaid, I’m fortunate to have a kind and compassionate therapist who works out of my doctor’s office. He really listens to me, and I’m impressed that he can remember details from memories I’ve shared with him when we first started working together. I saw him the other day; he suggested I try writing fiction since I’ve been writing a lot of intense essays lately. What a great idea!

Portland is the first city I’ve ever lived in where I’ve been fortunate to meet compassionate doctors who sincerely want to see me well. My current doctor tested my thyroid levels recently and put me on a medication that seems to be working. He convinced me to start walking for at least thirty minutes a day, five days a week. That was a tough hurdle because I’m a couch pillow by design; sleep has been my escape from sorrows. But now that I’m walking every day, I feel a lot better about myself and have more energy. I have also adapted to a sugar-free, healthy diet and that has made a world of difference. I researched foods that help fight depression and now have this list taped to my fridge: walnuts, tomatoes, leafy greens, apples, beans, berries and avocados. Finally, I’ve learned to be thankful for all that I have and never take anything for granted. I’m grateful for my current doctor who seems to know his stuff and he has inspired me to take good care of myself. This inspiration came late in life, but at least it came. 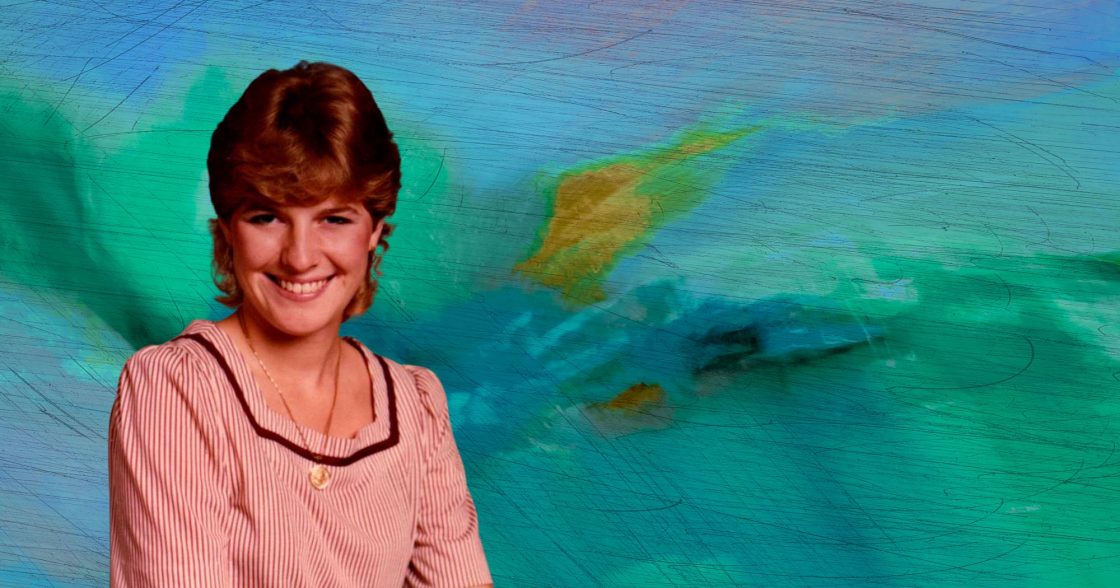 If you, or someone you know, is struggling with thoughts about suicide, please call, text, or chat the Suicide/Crisis Lifeline at 988.

Sandra Stevens lives in Portland, Oregon where she is pursuing a BFA in Creative Writing. Her nonfiction has appeared in Salon, Chicken Soup for the Soul, The War Cry and other publications. She can be reached on Twitter: @stevenssandrae.

Sarah Myers understands her schizophrenia. That is, she challenges it with logic, and develops healthy coping mechanisms to respond to her symptoms. In Sarah’s opinion, this is more than the medical industry can claim.