The Performance of Life: A Son with Bipolar Remembers his Father - OC87 Recovery Diaries 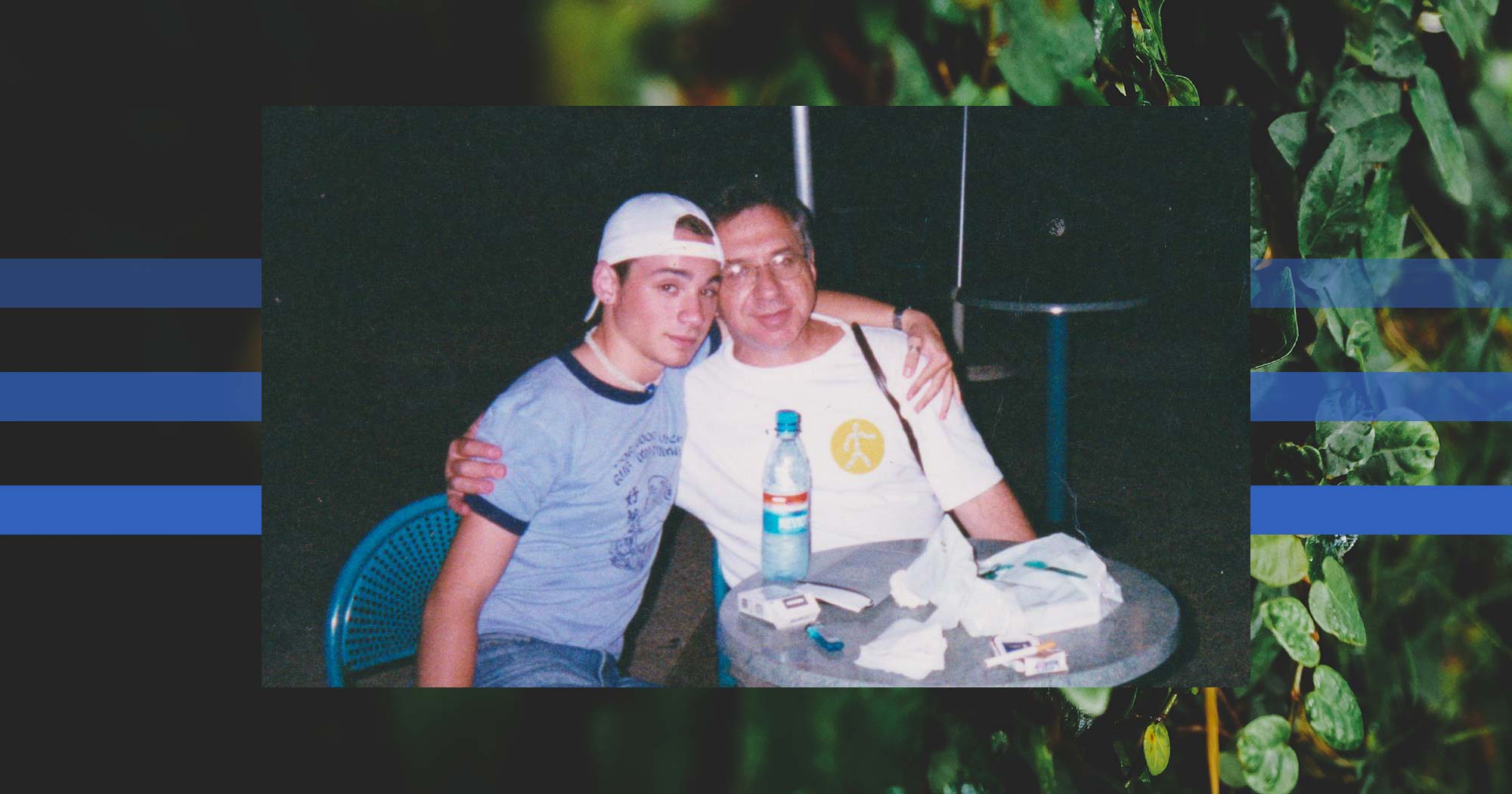 The Performance of Life: A Son with Bipolar Remembers his Father

I woke up as he was getting ready for his weekly sixty-mile bike ride, a feat he had been achieving regularly for several years.

“Boker Tov,” I said. That’s “Good Morning” in Hebrew. I asked him how he was doing. He snapped back, with typical, Israeli brusqueness, that he was “running late” for his ride and he had “no time to talk.”

That was the last time I would hear my father speak.

My phone rang. My mother’s voice on the other end—tremulous and different. Frightening. Dad had been in an accident. She was coming to pick me up to go to the hospital, which was thirty miles away.

As soon as I entered the room, I could feel that he wasn’t there. I would sit with him, I would even talk and sing to him, but his energy was gone. Mom was presented with the decision no one should ever have to make: take the man she had loved since they were teenagers off life support or let him linger indefinitely in a coma. I felt strongly that he was silently suffering in some in-between place, and we had to let him go; selflessly for him, but ultimately also for us. On September 15, 2011 the machines went off. Within moments, he was gone. 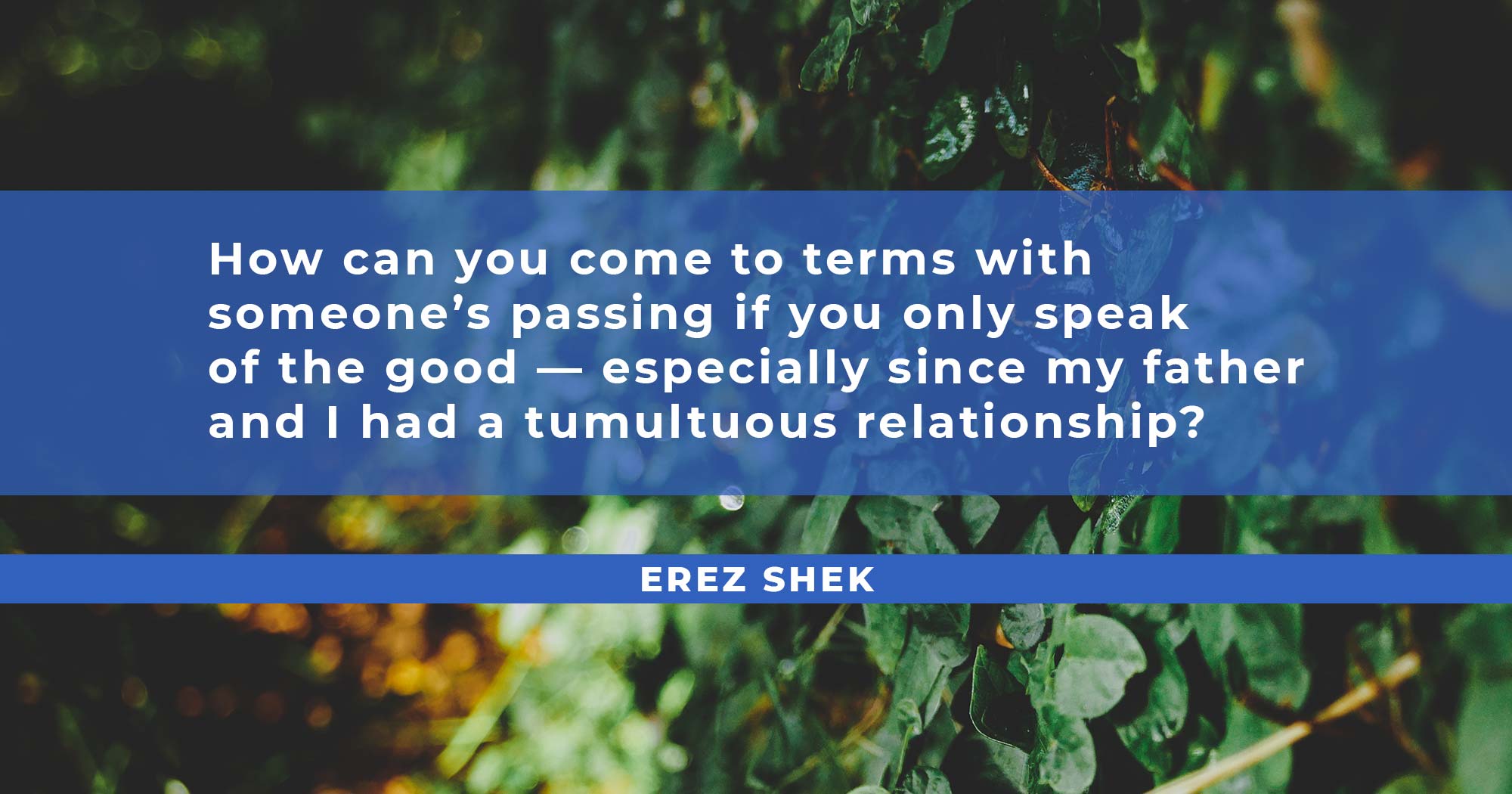 After the funeral, and sitting shiva, the customary Jewish period of mourning, I found it eerily easy to state the words, “My father passed away.” However, saying the words and truly feeling and grieving someone’s absence are two very different things.

So what did I do? I faced the reality of him being gone. I looked at pictures, I thought of all the memories (good and bad), I talked about them in depth and explored them to find peace. I smelled his shirts; I sat down every morning at the breakfast table we would silently sit at before he left for work every morning.

Hold up, that’s what I wish I had done.

I was “all good” with saying the words and telling the story of what happened, just like I’ve done here. I shared all my memories and anecdotes of what made him so loveable, charming, and incredible. What I wasn’t good at was completely connecting what it all meant, my unresolved feelings about my dad, finding peace with our relationship as it was left. So the emotions built up in me, they became a quick-building flood. Nobody likes dealing with floods: they’re messy and unpredictable. Dangerous. So I just kept building the gates that I hoped would hold back the flood.

My dad was very good at building those gates, keeping his own emotional waters at bay. However, his would open, often in anger, furiously yelling curse words in Yiddish or Hebrew. Since his death, this volatility of language has become something that is joked about with a strange, endearing fondness. I have joined in on those joking moments; however, they have always stung on some level as well. Never dealing with the fact that his anger has left me with an obsessive need for acceptance regarding almost everything I do. I especially crave that acceptance from men.

Of course, I’m not supposed to talk about those negative things now that he has passed.

One does not speak ill of the dead. I struggle with that. How can you come to terms with someone’s passing if you only speak of the good—especially since my father and I had a tumultuous relationship? Following societal norms and acting as though he was “All Hero” doesn’t do anything for him and does not allow me to properly grieve. In order to find closure, I could not simply “forget” all that transpired between us. 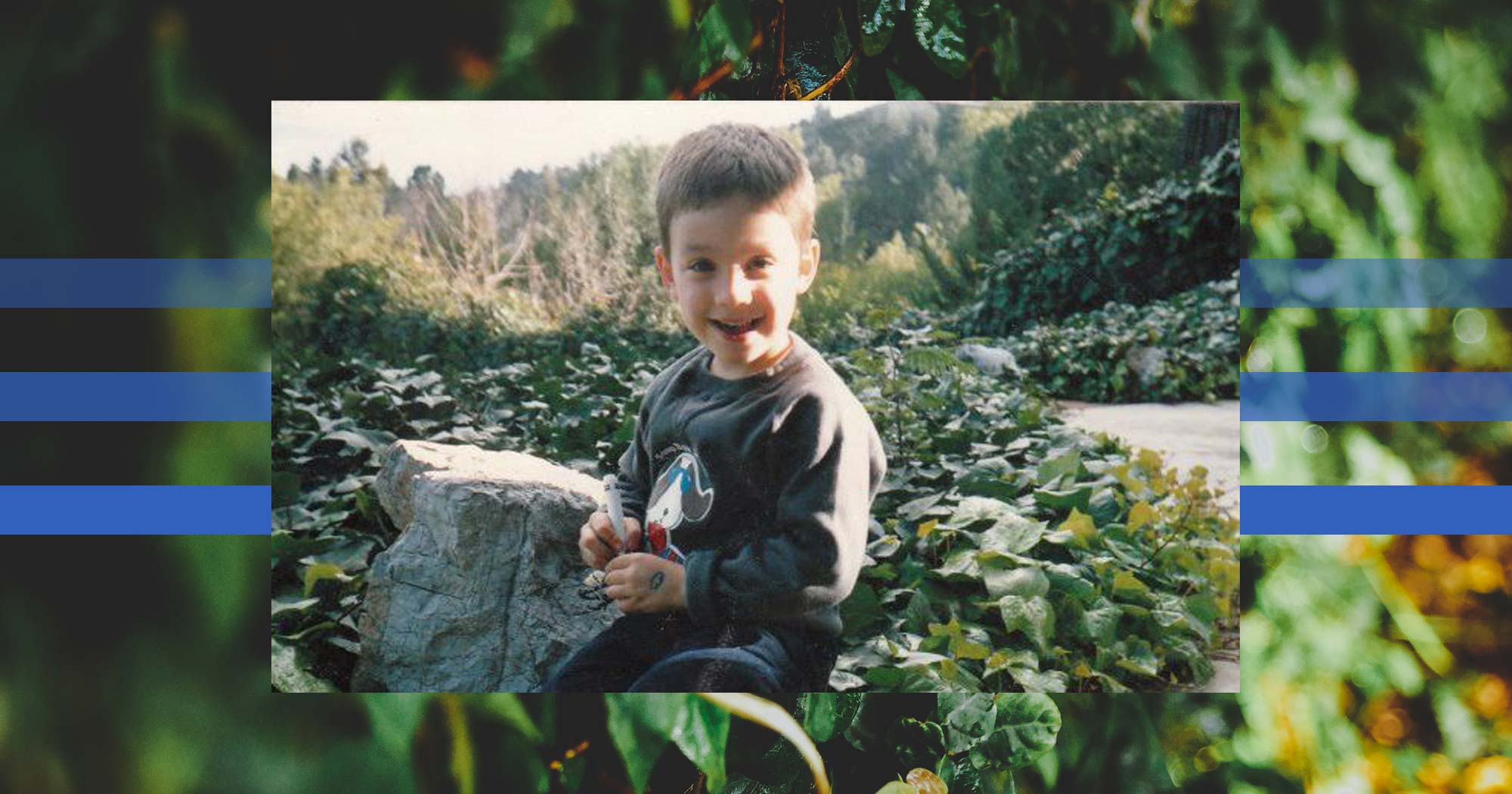 My dad was supportive of me in so many ways, and “grateful” will never be a sufficient word. Some sons never get a fraction of the fatherly affirmation I received. This doesn’t change the fact that he was also verbally abusive throughout my life. Occasionally, his abuse was physical. The times he got so angry with my math or science skills that he would go on tirades about how stupid I was. The times he had so much anger in his voice and his eyes, I felt the need to run from him. The time in high school that our dinner conversation became so tense that I walked away and he threw a knife in my direction. The time, when I was a kid, when he thought I had misplaced something of his and he pushed me so hard I flew across the room. Only to find he had misplaced that item in the first place.

He was one of the smartest and most driven men I knew. He rose from humble upbringings in Israel with an abusive father of his own. He skipped two grades and went on to earn two master’s degrees and a PhD that brought him and my mom to the United States of America to do research and development for pharmaceutical companies. He built himself up to the point where he was almost always a vice president in those departments. He faced so many roadblocks, but his desire to live a life greater than the one he knew fostered in him great ambition.

His compassion when I was diagnosed with bipolar disorder was unreal and unexpected. Not only was he proactive and zealous about finding ways for me to fulfill my dreams and manage my life financially, but he was also engaged in his own efforts to better understand what life is like with bipolar disorder by seeking out support groups with my mom. 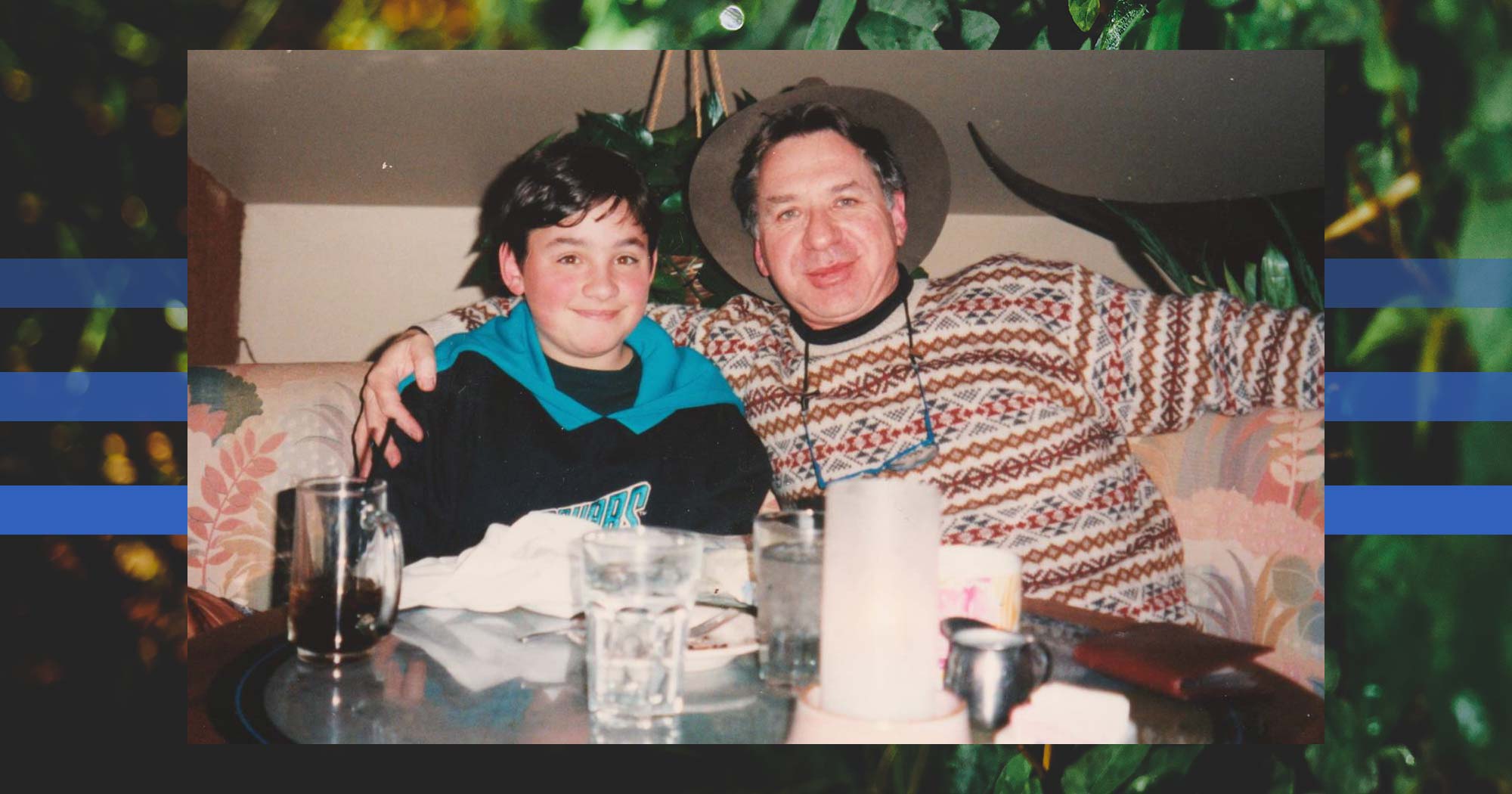 It was quite amazing coming from a man raised in Israel, where mental health awareness or acceptance is still taboo. I feel that it was his vast knowledge and understanding of science, chemistry, and pharmacology that allowed everything leading up to the diagnosis to suddenly make sense to him. I was always “off”, and that was probably confusing to him early on in my life, but a medical diagnosis was something he could understand; it was concrete and logical. Where he was challenged was in the area of the complex emotions that went along with that diagnosis. The dearth of sensitivity he received growing up didn’t help him, but he had more empathy than his own father. His desire to provide his children with everything he didn’t have drove him to work on things like his anger to an extent. It’s no accident that I actually started feeling loved and wanted by him after I was diagnosed. That would come and go as more years passed, but those hugs at my weakest times, the flights out to Chicago when I was in an episode, the dedication to my mental health care with psychiatrists, medication, and therapists were things that leave a permanent, warm imprint. That wonderfully human man did whatever he could to save me from my diagnosis, and myself.

That said; I deserve to find peace with the reality and totality of our relationship. To me, forgiving him, or anyone for that matter, is for my peace and mental health. For me, to forgive means acknowledgment, it means embracing all parts of my truth for everything our relationship was not and was; not just the things I’m told are “appropriate” to remember, not just the things I eventually came to believe were “appropriate” for me to remember. If I cherry-pick my memories to paint a cleaner version of him, I’m actually only hurting myself, and defaming all he was to me as my father. It becomes part of building that flood, and part of keeping up those gates. Unlike his frequent flood-breaking outbursts, I let mine eat up every part of my being and energy.

Something I learned this year about living with bipolar disorder is that it’s not just therapy and medication management that assists on the road to recovery. The challenge of facing myself, with as much transparency as possible, is where acceptance lies. When I find acceptance, it opens me up to begin the journey of finding a way to live with all that means, if I allow it. In that way, I don’t stop or allow myself to get stuck at just finding and stating the issues; I keep going to find a way to work past them or with them. I make the decision to work toward finding the growth and the strength to actually live life, not just get through life. I learned that it is possible, although for years I would not let myself see that. It’s not easy, and it is work but I spent much of my life doing “easy”, taking short cuts, and avoiding the work and it never inspired intrinsic growth.

Finding peace meant saying the things to society, and to myself, that we are told not to say. Even allowing myself to say, now, that I am not suffering from bipolar disorder; I am living with bipolar disorder. An odd thing to admit is that that being a victim was an uncomfortably comfortable place for me to live and extremely easy to stay in. 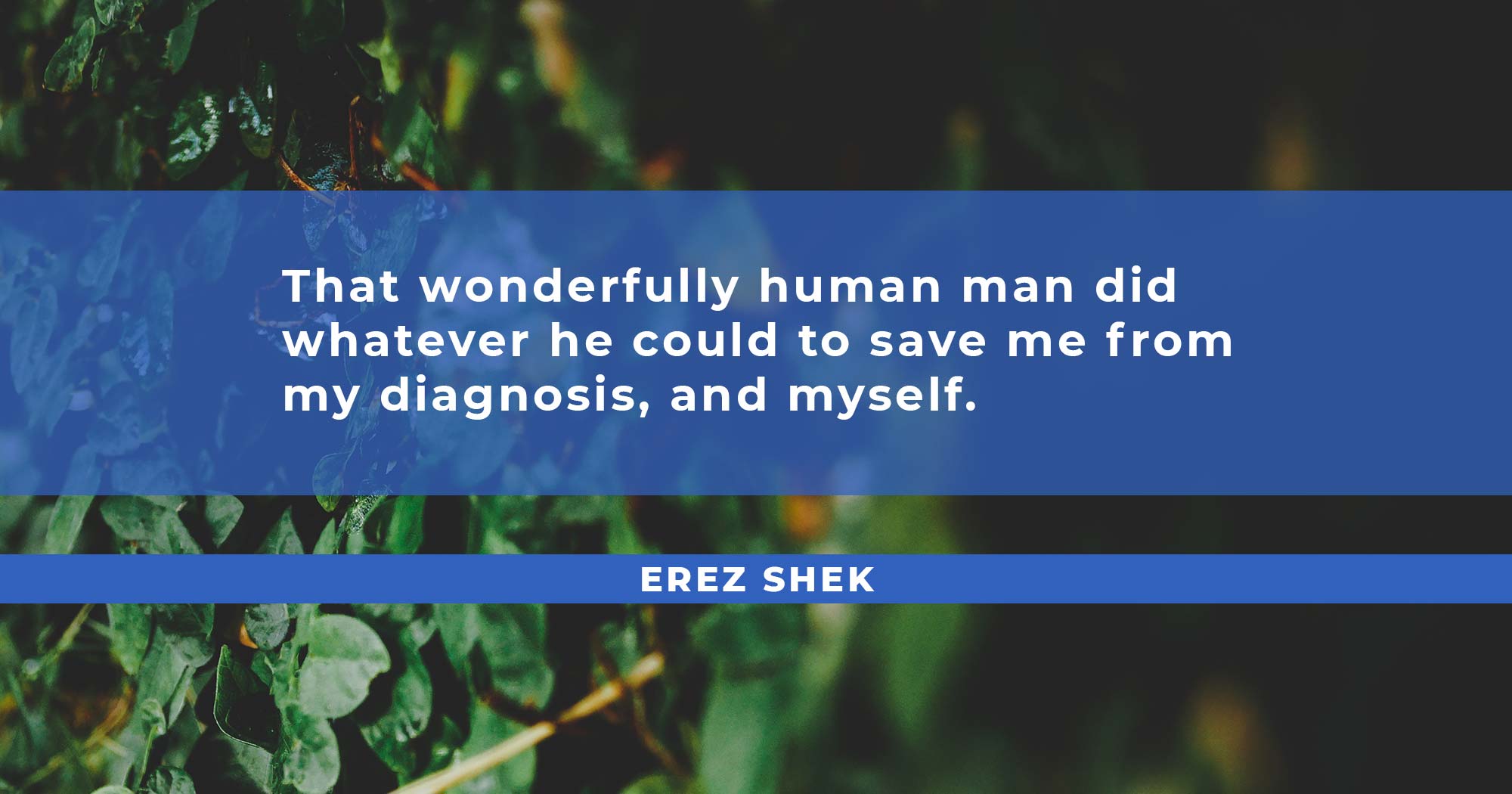 All the drama, and trauma, that happened between me and my dad put aside; the man spent years trying to give me what I needed. After my diagnosis, he wanted me to be able to go after my dreams and live a “normal” life. In some weird way, what he wanted for me all those years, the thing I actually was able to do this year, ultimately taught me how to forgive him and appreciate all that he gave to me. The resentment, anger, and hurt; they eventually gave me strength. Lessons to learn from and a way to love him that I wish I could have while he was still here.

Letting the water build, and building those gates comes way too easy; so easy that I’m unaware I’m doing it. I often think, since I live with bipolar disorder, why should I force myself to face any extra things that can bring me pain or hurt?

My answer: If I don’t, I’m actively building a gate that will hurt me in the long run. I am adding trash and sewage to the water building up within those gates. The end result works against my mental health. Water is too strong to hold back and should be allowed to flow free. 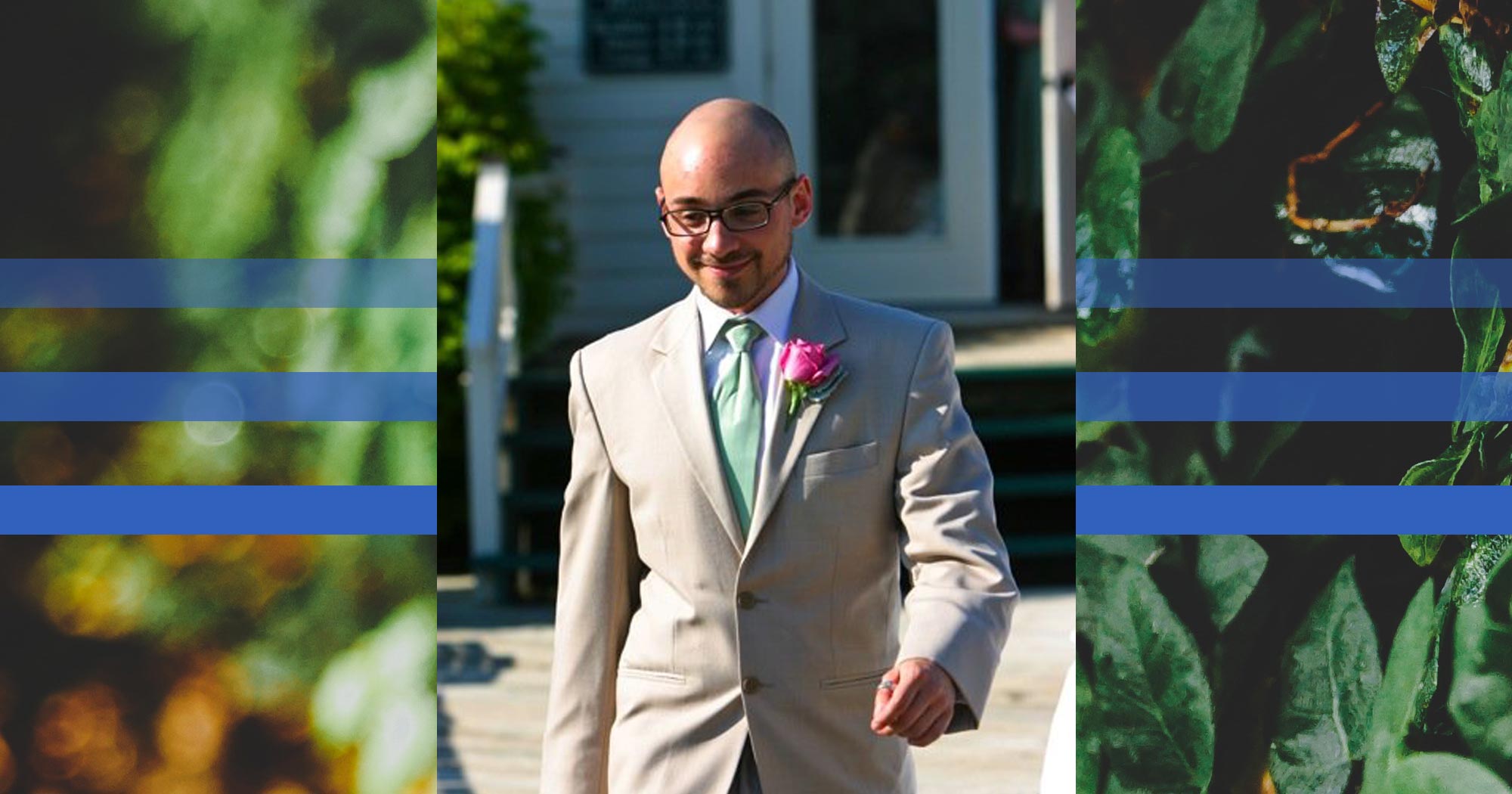 Erez Shek lives with bipolar disorder and, after surviving suicide in 2016, he decided to be part of the movement to end the stigma surrounding of mental illness. Erez uses comedy, music, video, and multimedia as his medium. His writing and videos can be found on www.TheShekCheck.com, a site that promotes fact-checking on mental illness and wellness, and focuses on our need to check ourselves to enhance our mental health.

In my research, I found several articles about Psychogenic Non-Epileptic Seizures. Doctors do not use the term pseudo-seizures anymore because it falsifies them and invalidates them. Pseudo is a prefix meaning “false” or “fake,” and the seizures I was having, while not epileptic, were anything but fake.