Social Media - Recovering from the Drug Addiction of the Nation 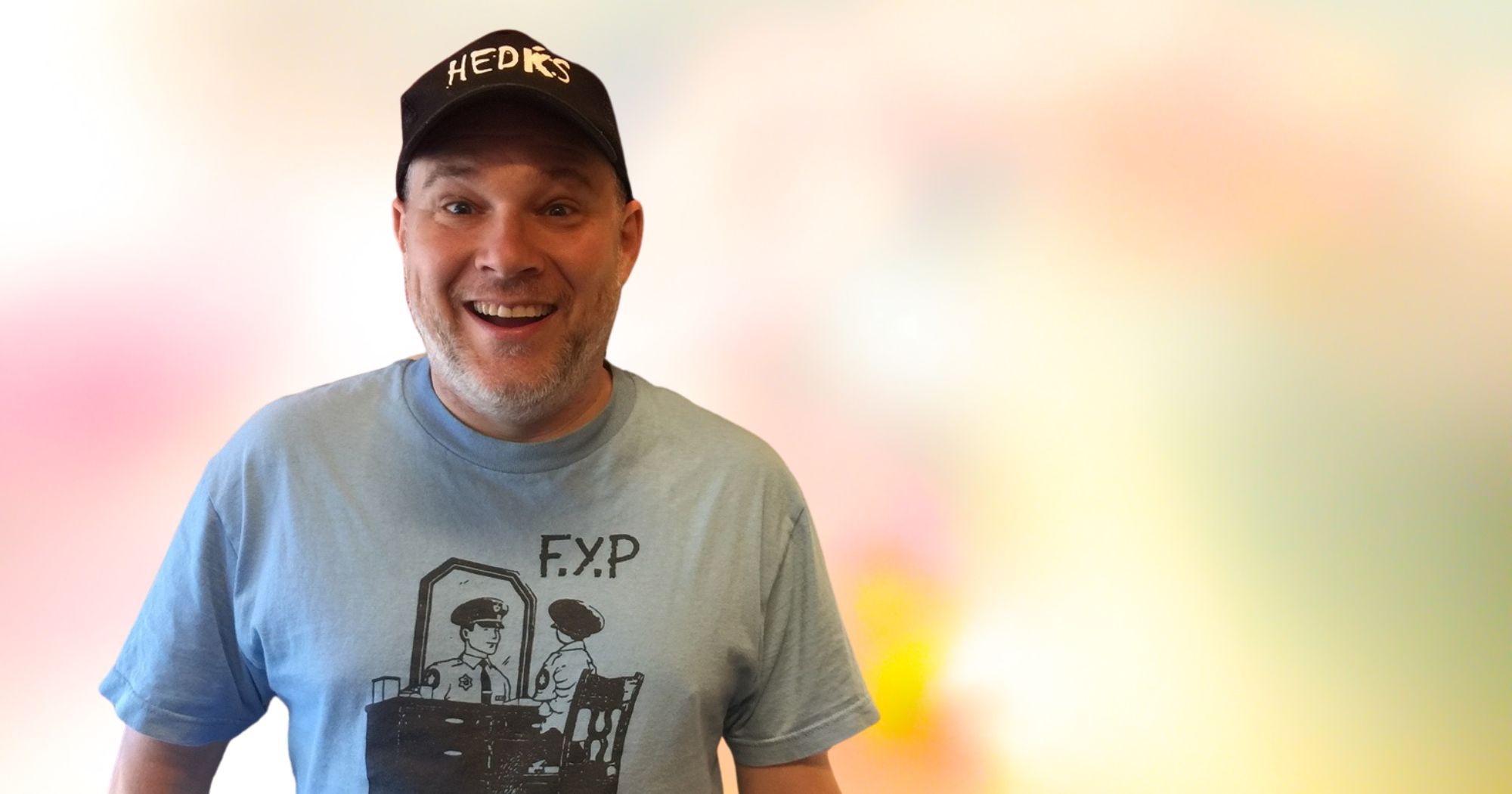 Social Media – Recovering from the Drug Addiction of the Nation

As a writer and social media dodger, I’ve often been told I need to be on the various platforms to create a “brand” for myself and promote my writing projects. Engaging with my audience and networking within the writing community without Twitter and Instagram? Forget about it. Here’s the problem: I’m recovering from a full-blown social media addiction. It’s an addiction that almost ruined my life.

For several years, I knew my social media use was a problem. Facebook has a limit of 5,000 friends and I was bumping against it. Most of these “friends” I barely knew. I would routinely go through my “suggested friends” list and click on everyone. I would do this into the early hours, unable to sleep. In my mind, I was the most popular guy I knew, with “friends” worldwide. 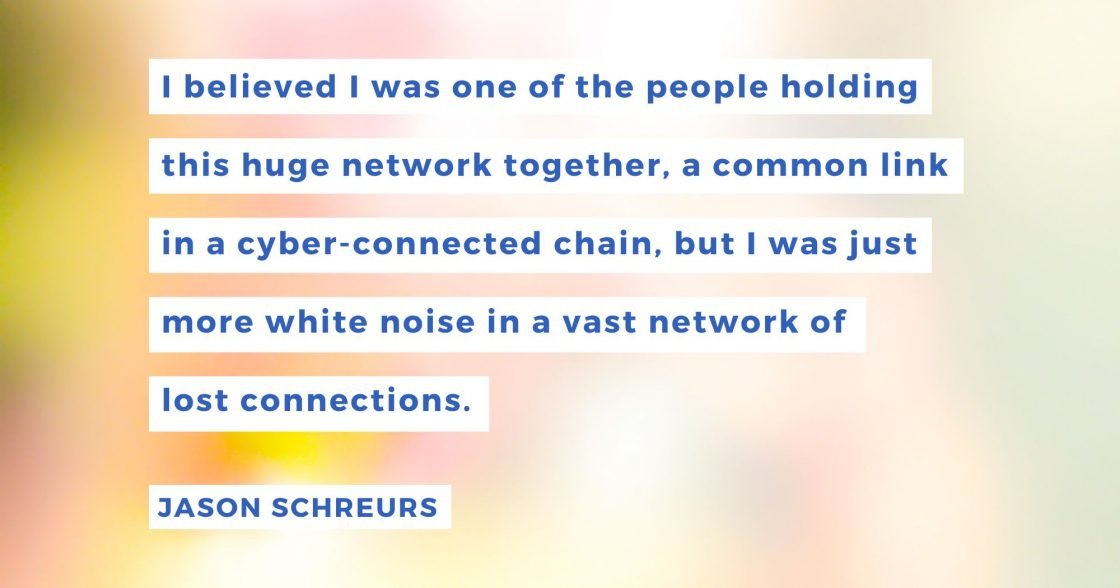 As my network grew and grew, I spent hours a day scrolling, firing off messages to people I didn’t know, and incessantly commenting on random posts. I believed I was one of the people holding this huge network together, a common link in a cyber-connected chain, but I was just more white noise in a vast network of lost connections.

Then psychotic episode began. As I was ramping up on a misprescribed antidepressant, my troubling online behaviour started by yelling at people in ALL CAPS. I had a new mission—take down everyone in my network who made sexist, homophobic, and racist comments. If I needed to stay up all night to do it, I would.

Unfortunately, social media posts don’t come with trigger warnings. When I came across a rape joke made by a Facebook friend (of a Facebook friend) I called his boss and demanded he be fired, then messaged him and his friends repeatedly, dumping my childhood sexual trauma on them to further my point—rape jokes are never funny. This started a flame war that consumed me. Four days later, I found myself in a psychiatrist’s office being diagnosed bipolar.

Nearly four billion people worldwide use social media. How many of those are addicted? And what about the tiny percentage of people who don’t use it? Those with their eyes unglued to social media can feel alienated, lonely, and ostracized.

The choice to leave your phone at home and not talk about whatever happened online that day automatically makes someone an outcast, whether it’s being snickered at in a classroom or feeling embarrassingly out of the loop at a dinner party.

I don’t need to see the delicious chocolate cheesecake someone ate for dessert, the adorable knick-knack they bought their mom for her birthday, or the amazing Mexican resort they stayed at on summer vacation. Maintaining mental health is my daily regimen. An important part of my wellness is to have space to think. Being bombarded with the minutiae of other peoples’ lives doesn’t afford me that space. 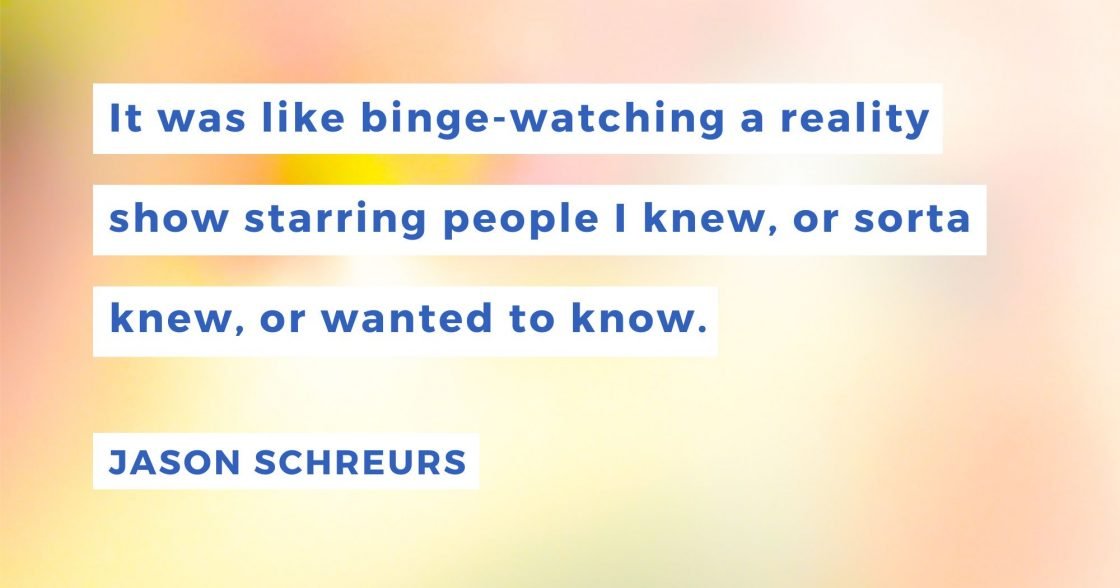 When I was using, I knew what someone in my network was saying, doing, eating, and feeling at any given time, and I was hooked. It was like binge-watching a reality show starring people I knew, or sorta knew, or wanted to know. If those people weren’t as interested in my life as I thought they should be, it became a constant chase for more attention and fueled my anxiety.

In 2017, psychologists at Nottingham Trent University in the UK found that social media use is associated with anxiety, depression, loneliness, and ADHD. The same team found, in an earlier study, that social media affected some users in many aspects of life, including interpersonal relationships, employment, and academics. And, surprise, they argue that these symptoms are indicative of alcoholics and drug addicts.

Health experts suggest you only use social media for 30 minutes or less a day. Doing this can lead to better mental health, according to a 2018 study published by The Journal of Social and Clinical psychology. Research company Statista, found that Canadians spent an average of two hours and 25 minutes per day on social media in 2019 and 2020. Currently, nearly 33 million Canadians use it. Like being cut off at the local pub, we’ve exceeded our limit.

Many treatment centres now include social media addiction in their programs and some are specifically tailored to scrolling addicts. A few of the centres are devoted to teens who suffer from screen time overuse and internet and gaming addiction. The new era is here and with it comes new addictions.

I treat my addiction to social media the same as living with any other. That day in the psychiatrist’s office, with psychosis still coursing through my veins, my mom confiscated my phone. I remember relief washing over me. I was 46, my mom was taking away my phone like I was a junior in middle school, and I gave it up willingly. 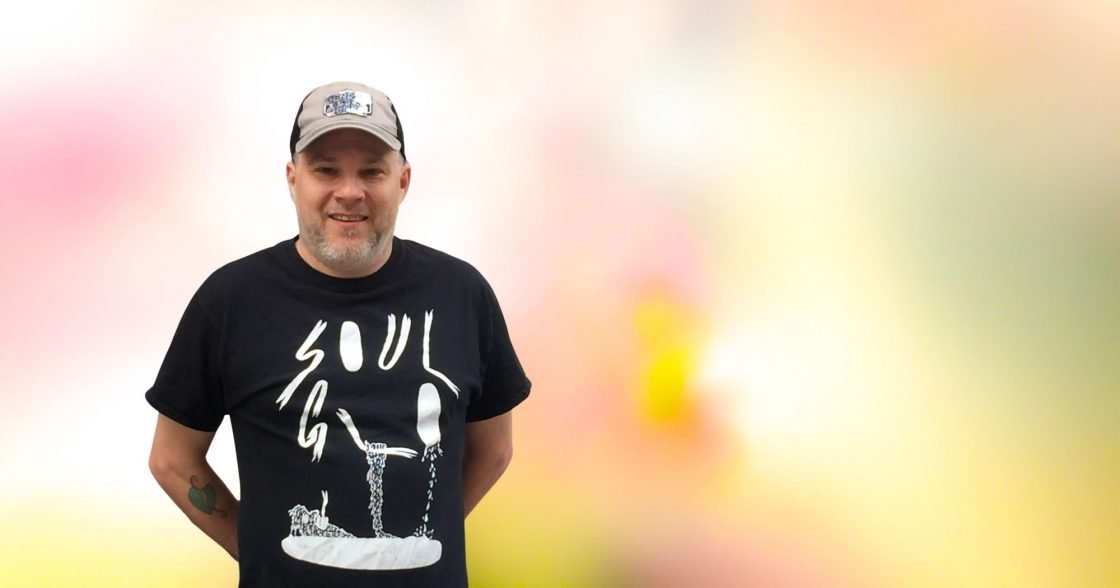 In the days to come I would ask my wife for my phone back again and again like a whining pre-teen. “Just one more post, just one more post.” It wouldn’t be easy to wean off the most powerful drug I’d ever known. I went back to using almost right away, but it didn’t have the same rush anymore. Social media interactions triggered me and convinced me that no one liked me.

I used Facebook as TV for a while, just watching, not interacting, still addicted. I eventually became tired and bored, and my head hurt. It took a year to find more productive activities like hiking, playing music, and having real-life conversations with friends.

I still have urges to use. I want to sneak peaks at Facebook and Twitter. Even though I don’t have any accounts, social media feeds are only a Google search away. Social media “feeds” — like feeding an addiction. 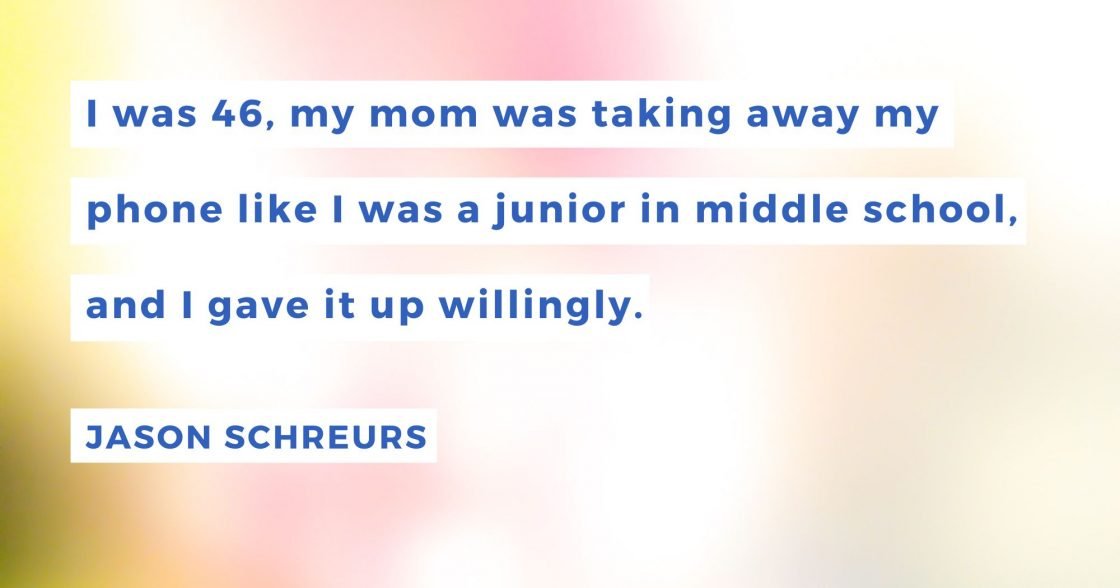 An article published by HuffPost titled “No Excuses! Why and How Writers Should Embrace Twitter” makes me feel like I’m being sold drugs. “Twitter was in its own unique way reminding me that, at its very best, social media can be wonderful. I was hooked,” the article reads. It’s reminiscent of how drug users sometimes describe how they became addicted. “It was wonderful. I was hooked.”

Another article called “Saying No to Twitter: What Authors Need to Know” on writer Jan Friedman’s website, has some contradictory statements about writers and Twitter, belittling over-users of social media.

“The biggest complaint I hear from authors about Twitter,” it reads, “is that they feel the need to be plugged in, keeping an open tab on their browser, or repeatedly reloading their app on their phone. The anxieties are overstated, sure, but that doesn’t mean they’re not real.”

Overstated? What’s being described is addictive behaviour. It minimizes people who can’t fight their compulsions to use social media. Twitter doesn’t come with a warning label advising people to Tweet responsibly.

Most people trying to recover from social media addictions have likely heard the name Cal Newport. Author of New York Times bestseller Digital Minimalism, Newport takes social media companies to task, especially the way platforms were developed. Gambling addicts might find the instant gratification of social media familiar, he points out. It’s the same dopamine hit that gamblers get every time they pull the lever on a slot machine. 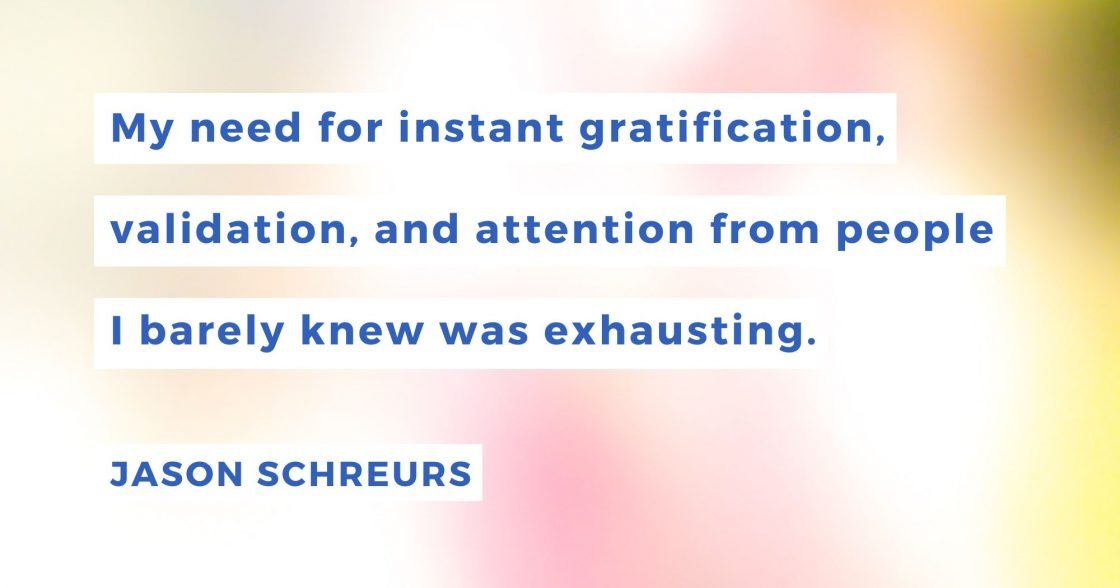 Instead of listening to blanket statements like “just get off Twitter,” Newport suggests social media users should begin a weaning process. Like cleansing or detox, Newport recommends people overusing social media take a clean break for 30 days, then slowly bring back online activities that align with their values and morals. Some don’t go back at all. For those who do, their use is less like that of an addict.

Quitting social media was a necessary choice for me, probably the best choice I’ve ever made. My need for instant gratification, validation, and attention from people I barely knew was exhausting. It might well have been a full-time job. I still sometimes think, “I have to share that!” After giving my head a shake, the urge fades. If what I wanted to say was that important, I’ll just tell my family and friends in real life. Often, I’ll forget what it was I wanted to tell them.

Without social media, I know I have the support system I need, a longer attention span, and better self-confidence. Plus, time! Holy shit, do I have time!

I often think back to that day my mom confiscated my phone in the psychiatrist’s office. I hoped it would be a temporary fix until my psychosis and mania subsided enough for me to use again. I never thought that three years later I’d have zero followers, zero likes, zero comments, and a new life. 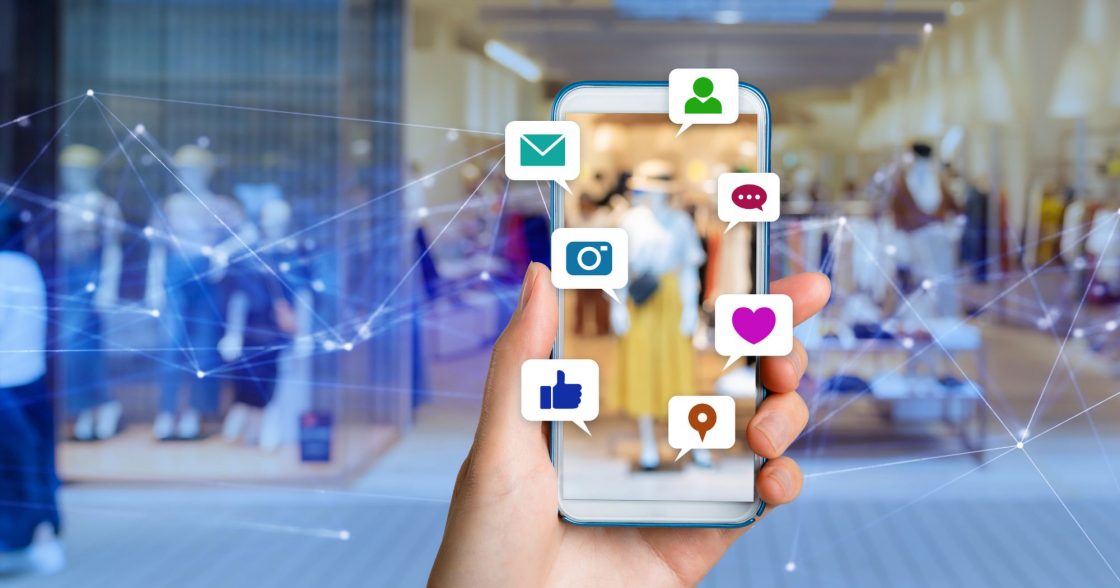 Jason Schreurs is a music and health journalist, creative writer, and self-proclaimed punk weirdo. He hosts and produces the internationally renowned Scream Therapy podcast, and punk rock and mental health are his lifeblood. Jason also facilitates a provincial bipolar support group and coaches people with chronic mental health conditions. He screams into dented microphones, plays his guitar like it’s a percussion instrument, and chooses Fugazi as his desert island band. He has a Master of Fine Arts in Creative Nonfiction at the University of King’s College and his upcoming book Scream Therapy: A Punk Journey through Mental Health is about, you guessed it, punk rock and mental health. Jason lives with his wife, also a writer, in Powell River, BC on the traditional territory of the Tla’amin Nation.

Megan Fisher wonders whether or not there is room in her life, and in people’s minds, for the child she was, with OCD, and the adult she is, with OCD.