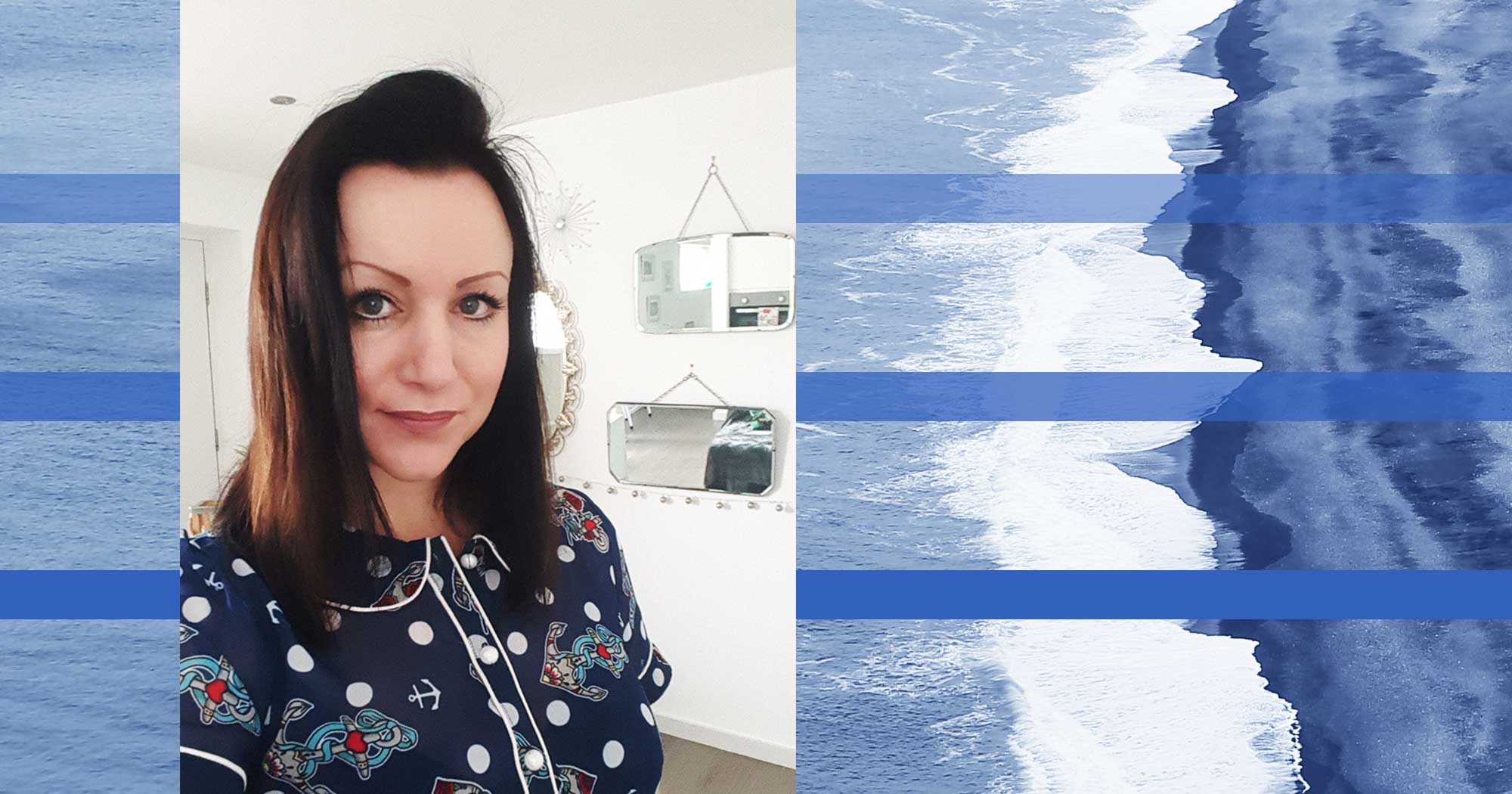 I could feel my chest pound. My mind went blank. My skin boiled and I went red, floating away as the world went quiet. No, I wasn’t in a hot air balloon, drifting across the blue sky on a gentle summer’s day. I was in the Arndale shopping centre and I had just had my first panic attack.

From that day, my life was governed by crippling anxiety, social anxiety, and depression. These diagnoses all seem to go to go hand in hand with each other and, for me; they are all triggered by stressful experiences. My recent relapse involved a breakdown at work due to stress. The doctor signed me off unfit for work just over a year ago. I came off medication and moved away briefly, thinking I could run away from it all, disappear and start again. Unfortunately, I relapsed after five months and moved back to my sunny hometown by the sea where I am today as I write this.

Anxiety makes my life debilitating. I became a recluse for a long while, working all week and then going into hiding at weekends. I was anxious about shopping and so would only go to my local shop for food. Relationships were fraught with me struggling to not to have an anxiety attack with the guy I was seeing back then. Back in the days of pagers, he used to page me and so I’d go to the phone box (back in the days of phone boxes!) to return the call, but would have to hang up after a couple of minutes due to anxiety. Eventually it all took its toll and, in 1998, I was so depressed that I attempted suicide. It was only due to an out-of-character intuition by my mum that I was saved, as she decided to turn up that morning and found me. I’ve read book after book and read numerous accounts on the internet since then, had doctor’s diagnoses, taken antidepressants, had counseling, and discovered a few years ago I also suffer social anxiety as well as my GAD (general anxiety disorder). 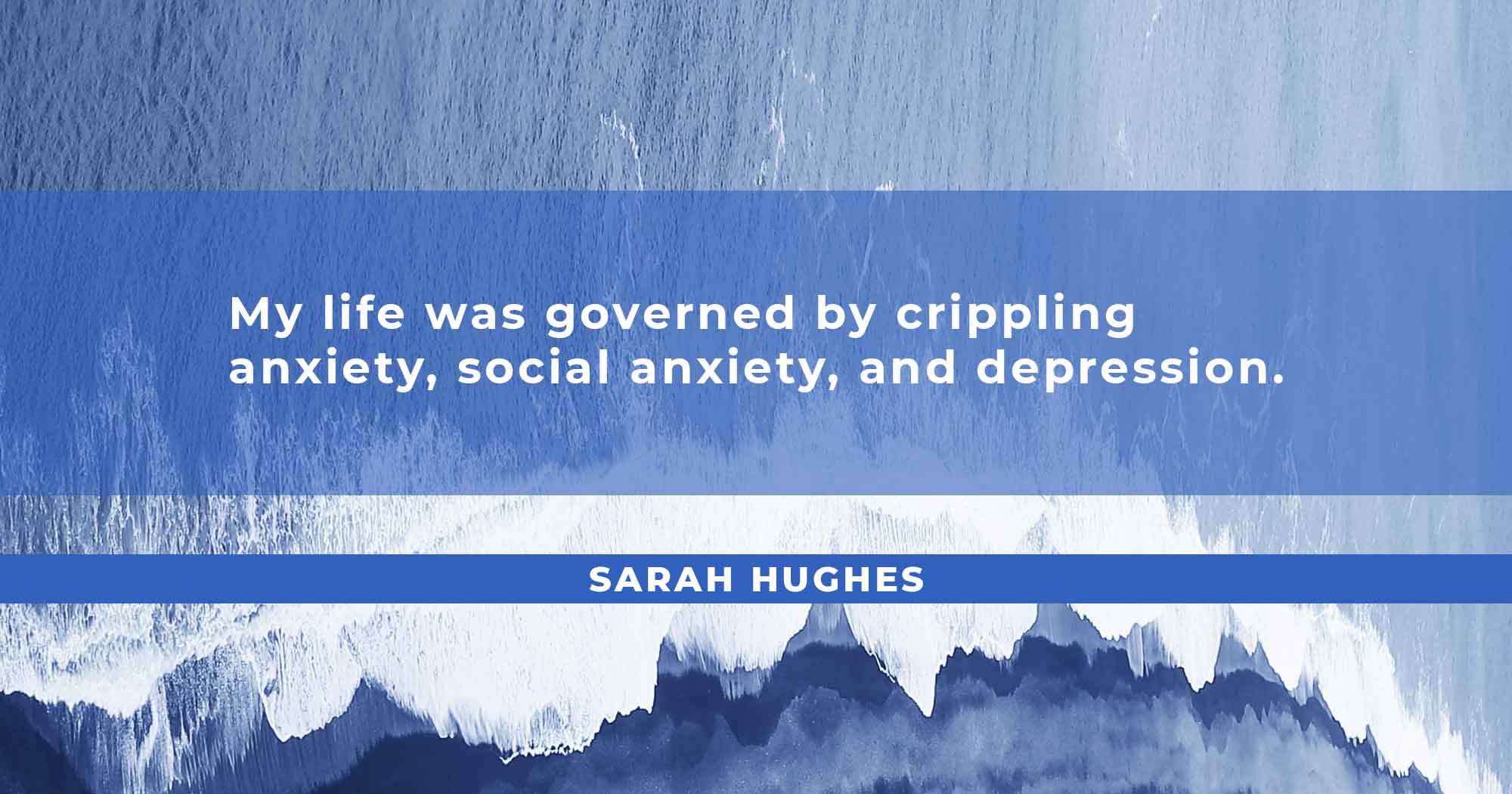 That was it! The anxiety attacks before phone calls, interviews, dates. I never felt I fit in with my other friends who were social butterflies and, sadly, that meant I missed out on lots of weekends away, my best friends bachelorette party and doing things most ‘normal’ women my age were doing. Work was always a struggle when I’d gotten the job. I spent years as a delivery driver, which I loved, but it meant small-talk with customers and I’d end up having an attack—sometimes in front of the customers. Luckily, when mobile phones were used it became a vice, as I used to pretend I was on the phone to avoid conversation when delivering to some of my clients.

When men I was dating wanted to go out and have me meet their friends and be sociable, I resisted and that caused a few issues. I was glad there was a type of anxiety that described exactly what I was experiencing. I’ve since realized less stress equals less anxiety. My last job role was very stressful; new management, large workload, long hours, low pay—it eventually took its toll and, after one day where I began slurring my words on the phone to customers, noises became magnified and I could not take in what any of my work colleagues were saying, I knew I was ill, I was breaking down. That was November of 2016…I got signed off by the doctor as unfit for work, with stress.

So here I am. It’s 2018, and it’s been just over a year now since I’ve been unable to work. I spend a lot of time by myself, mulling around, painting anything in my flat that I can paint—which leaves very little left, apart from Marley, my trusted, furry friend. I discovered that there is another way of being sociable but without actually seeing anyone. I spent hours scrolling through Instagram, looking at anything vintage from the 1950’s 1960’s, and I found IG quite an escape. After a while, I found the courage to comment on posts I found of interest. It was nerve-racking, as I had lost all my confidence, but people replied, and it felt nice to converse with people who didn’t know me, and to chat about something we had in common. Obviously, my other interest, apart from mid-century vintage, is mental health and I was pleased to see there were hundreds of posts and people that were all about mental health. I began following a few and found that so many other people were in the same boat as me. 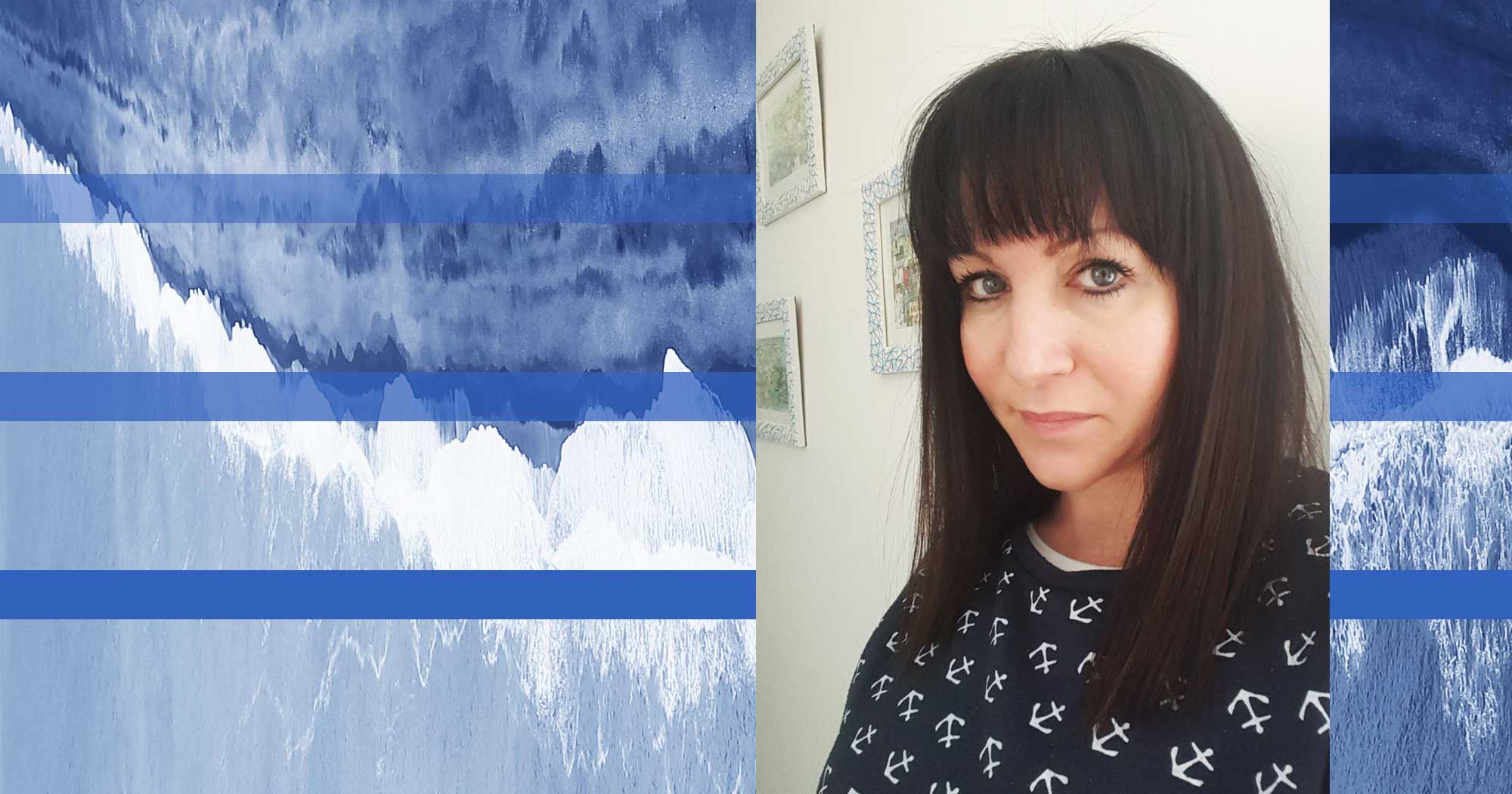 I decided to post some of my vintage finds first and some of my own upcycling projects, it was nice to get some appreciation. I found a retro meme that described me, and I thought maybe I could incorporate it into a post about my mental health and put out there what I was going through, just to see what response got. I felt I wanted to let people know what I was going through and see if there were any people I could chat to about it. I nervously posted it, hash-tagging away at all the words that described me.

Social anxiety still exists online. You’re still putting yourself out there and you feel vulnerable opening up, not knowing what response you’ll get. My first post about anxiety and mentioning my issues turned out to be a popular post, and I noticed the comments were from people that too had an interest in vintage or a page on mental health, so it was reassuring. From then on, I posted more, and I began getting people recommending medication, asking me for advice and suggesting therapies. It was a therapy to me to talk to like-minded people! Talking of therapy, I had begun CBT, but I couldn’t finish it as I wasn’t in a good place at the time. I have recently signed up again to Steps 2 Wellbeing again to see what sort of therapies and counseling are available. 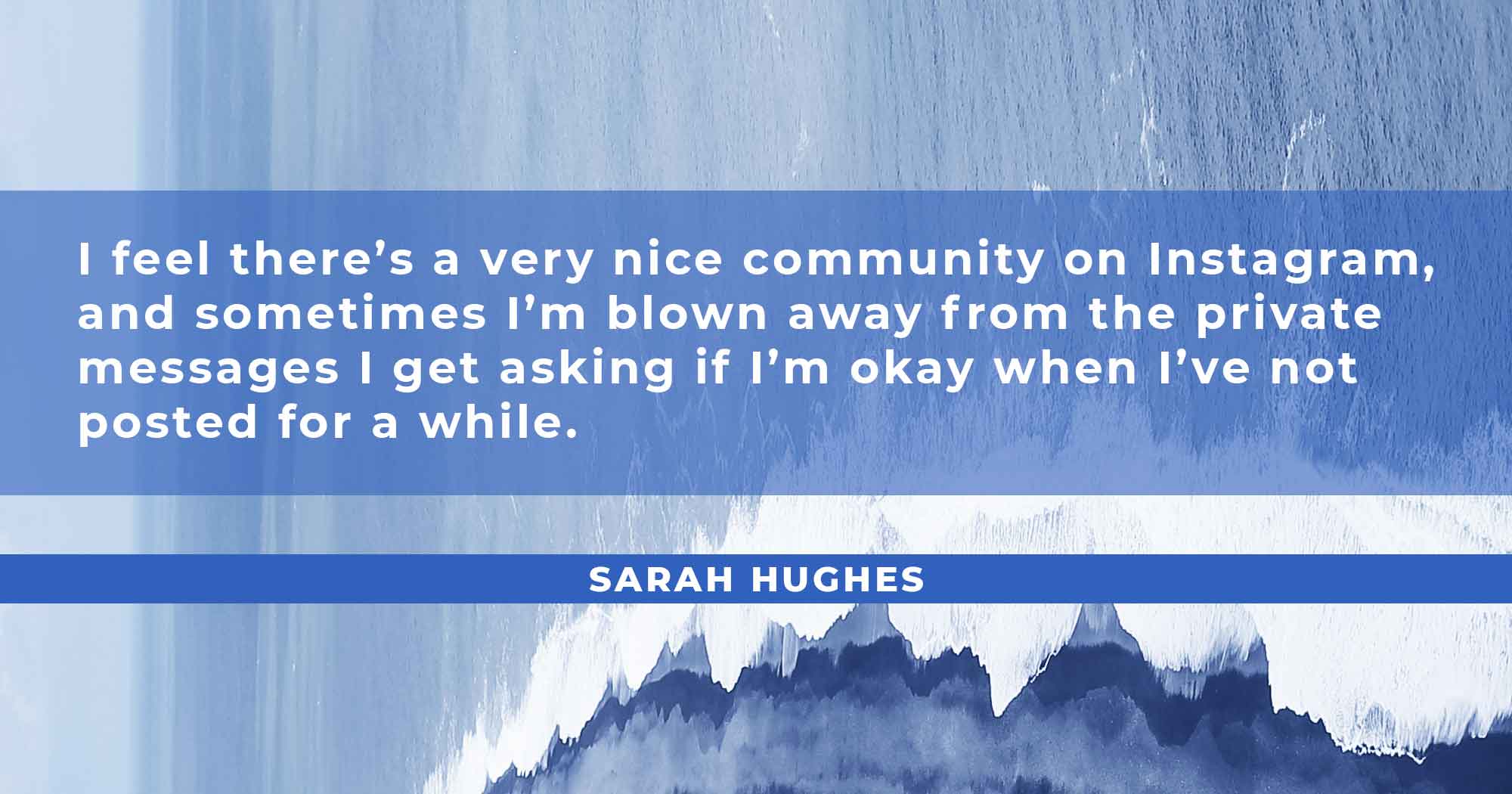 I have made some wonderful friends since I’ve been active on IG. One of my followers is a lovely lady who is very into vintage and always looks glamorous. She opened to me and said she had anxiety too and suffered with depression. We now call each other “Sis” as we’re very similar. She has invited me to visit, which I will do one day, when my anxiety allows. I have also had a surprising gift from a lady who felt saddened by some of my posts and felt I deserved something nice. It was a lovely flamingo garden bench I’d posted about once. I cried at the time, no one had ever done anything so kind for me before, especially someone who lived the other side of the world. I feel there’s a very nice community on Instagram, and sometimes I’m blown away from the private messages I get asking if I’m okay when I’ve not posted for a while. 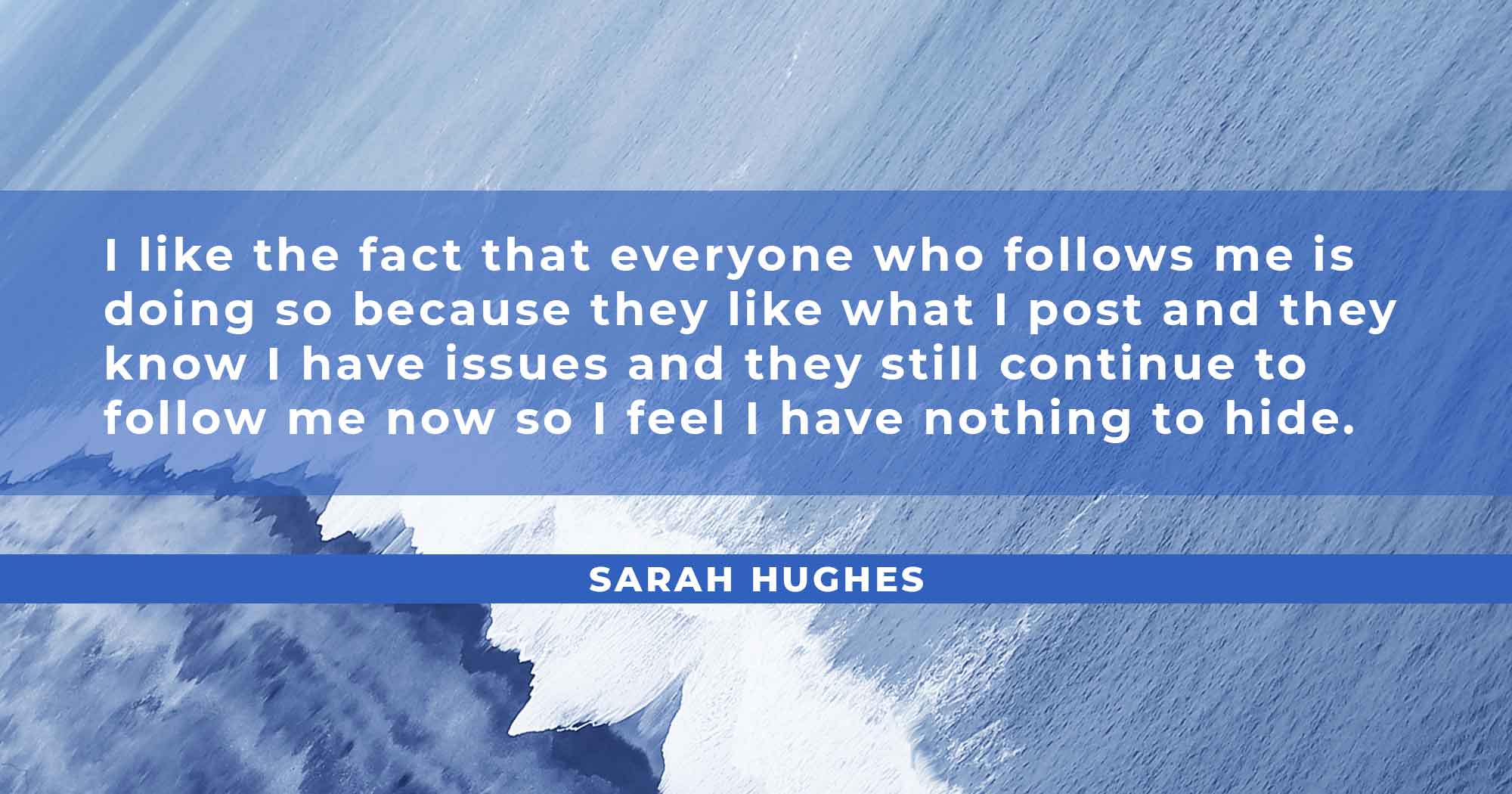 I’m not saying, by any means, that having a social life online is better or healthier than having a “real one,” but you can be more selective, I suppose, in choosing your friends this way. I like the fact that everyone who follows me is doing so because they like what I post and they know I have issues and they still continue to follow me now so I feel I have nothing to hide. My normal friendships are with people I’ve met through the years through work etc. or childhood friends and so with them it’s different, as they don’t necessary ‘get it’. I flake on them and they get frustrated, but my online friends understand anxiety. I do still experience social anxiety when I’m online; don’t get me wrong. I still get nervous and over-think before I hit post now. How will it be received, and will I lose followers… but that has declined since amassing over 5,000 followers.

I’d say my experience online is a positive one. I will continue to use IG when I am better as I have made some special connections. I am proud that I am playing a part in ‘breaking the stigma’ of mental health and I’ll continue to do so. 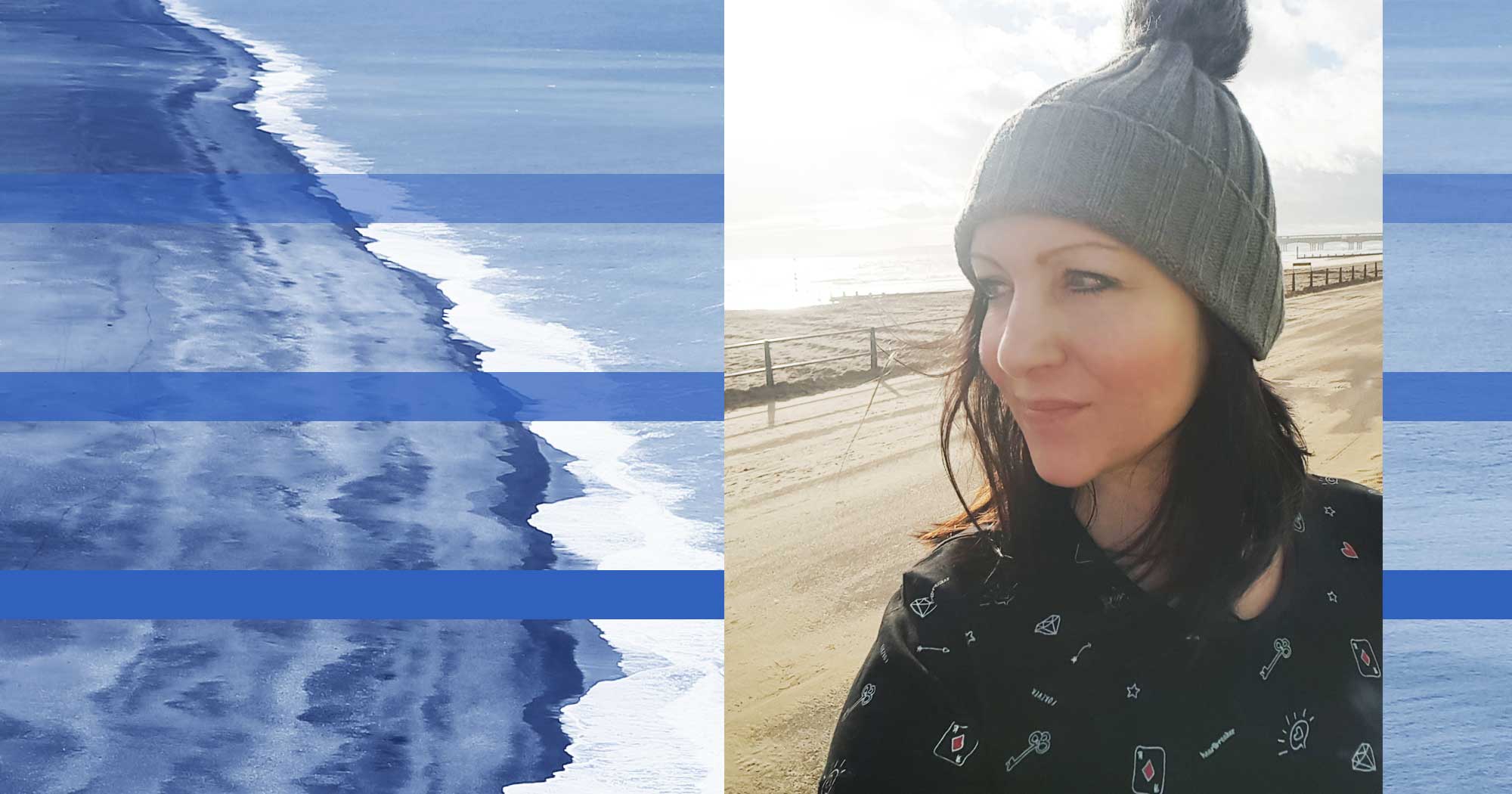 Sarah Hughes is a 39-year-old anxiety sufferer of 20 years. She lives in Bournemouth in the UK with her beloved cat, Marley. An avid lover of crafts, upcycling and all things vintage, she shares posts related to this affinity on her Instagram page along with spreading awareness about mental health in a relatable and humourous way.

I am trying hard to make good decisions. I see my psychiatrist regularly. I take my medication. I try to live a healthy lifestyle with schizoaffective disorder.