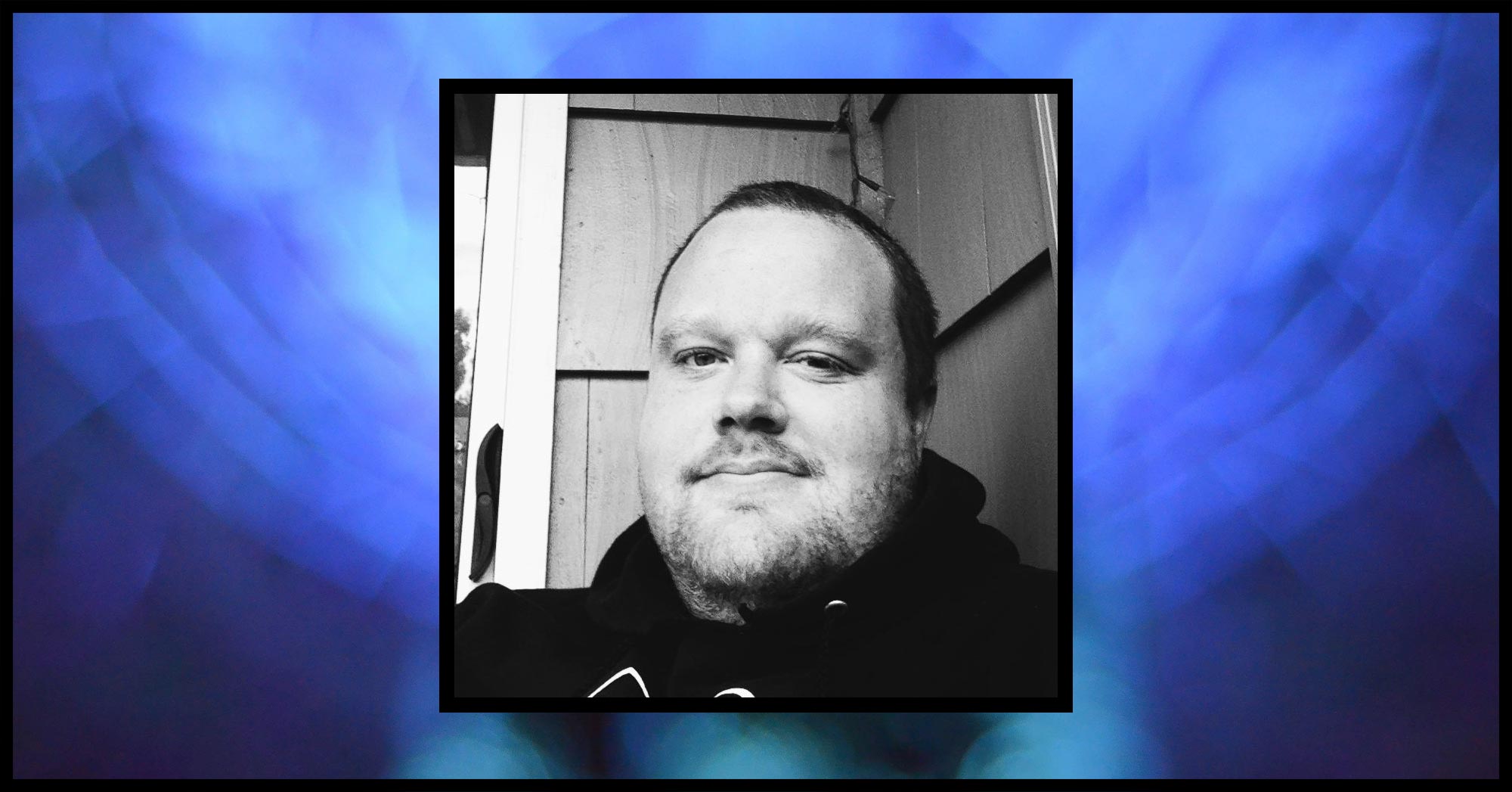 Imagine you had to trade health for happiness, and happiness for stability. Which would you choose? You have to make a choice, because that’s the deal when you take antipsychotic medications in this day and age.

Inevitably, in order to maintain some sort of mental stability, you have to give up either the broad spectrum of human emotion; love, joy, pain, and excitement for the somewhat faint possibility of health and longevity. Of course, this choice gets easier as, years down the line; you become accustomed to the dull, blunted affect you wear like a mask. You learn to find contentment in the small things but no longer will you feel the searing joy you felt when you weren’t on meds. You learn to cope with the weight gain and the restlessness, and the shorter life expectancy as well. 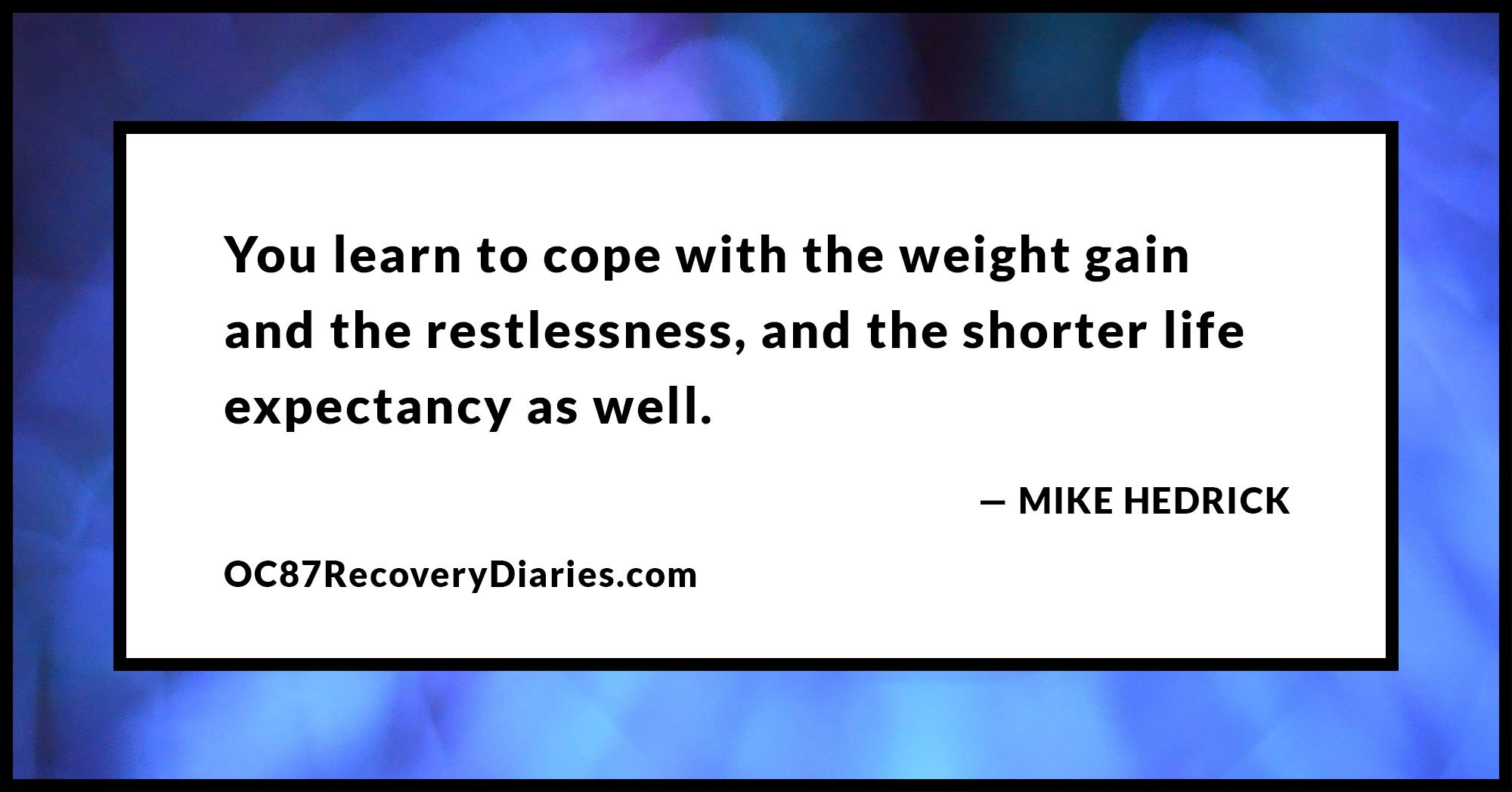 Throughout the last eleven years that I’ve lived with schizophrenia, I’ve been through the full gamut of side-effects. I can’t even remember all the medications I’ve been on, but a few stick out in my mind. First, there was Abilify and, along with that, came the akathisia, a nasty condition where you feel spiders under your skin and in your muscles and you have no option but to move because sitting still would drive you mad—well, mad-der. When I was first experiencing akathisia, I walked for miles in some effort to quell the sensation of restlessness, but I could never be rid of it until I switched meds.

With new meds came new challenges. On Latuda and Seroquel, I gained eighty pounds in the span of a year. I also developed high blood sugar and was forced to switch medications again lest that condition continue into full-blown diabetes, a common co-morbid disease found in people with mental illness. With Geodon, new side-effects popped up to say “hello.” This time, I couldn’t feel. I had no empathy. I’d heard about the death of a friend’s mother, a woman whom I had met several times, and I didn’t know how to react. I was just blank and I think my friend saw that as an insult. Every now and then, I’d hear about my mom’s friends being diagnosed with serious, life-threatening illnesses, and I just did the socially acceptable bit of saying, “I’m sorry to hear that,” but I just didn’t care. I thought something was wrong with me. In spite of this dramatic alteration in my affect, I stayed with Geodon and I lost the weight. Then I got paranoid again and things got bad, so I had no choice but to go back on the “weight gain med” in hopes that I’d get better psychologically. I did, but I also gained almost all the weight back. 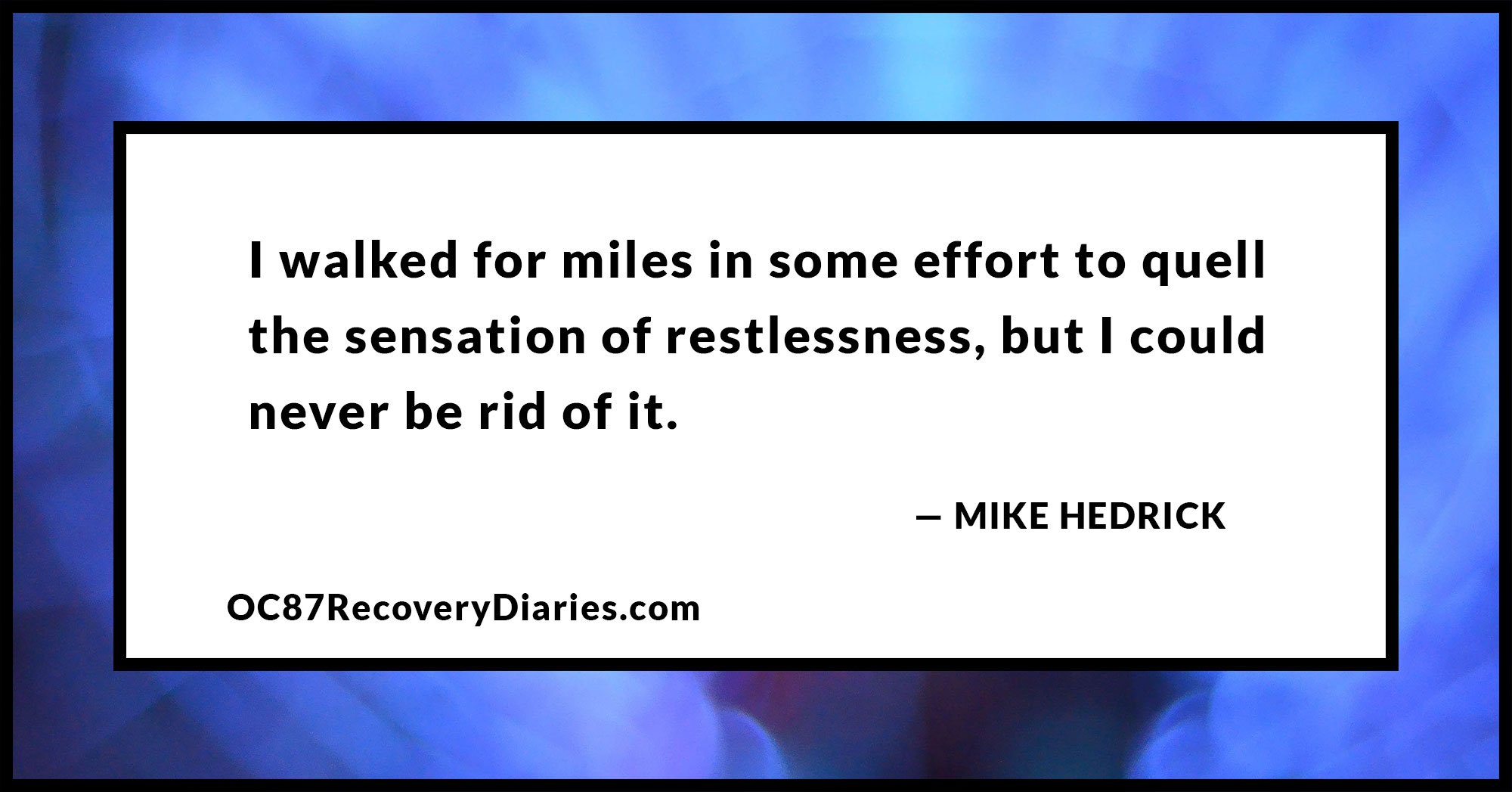 I can’t recall entirely what happened between then and now. It’s been a blur of medications, doctor visits, and ups and downs. There would be periods of stability, and then chaos, on and off like that for years. I have struggled, during stable periods, with wondering if I really needed meds, but then I’d have a bout of paranoia or a delusion and I’d come to my senses. I have never gone off my medication and, thankfully, I don’t think I want to. There have been times where I’ve known that my psychiatrist was doing the wrong thing, or so I thought, but, after some convincing, I would get to where I needed to be. Finally, seven years down the line, I found the right combination of medication that quells my anxiety and doesn’t make me gain weight. I’d be lying, however, if I said I didn’t still possess a relatively flat affect. I’ve come to accept that and I’ve made the choice to recognize that as a strength, I like that life’s little dramas don’t impact me too much and that I don’t get worked up. My affect works, for the most part, and I’ve come to the conclusion that that’s about the best I can hope for. 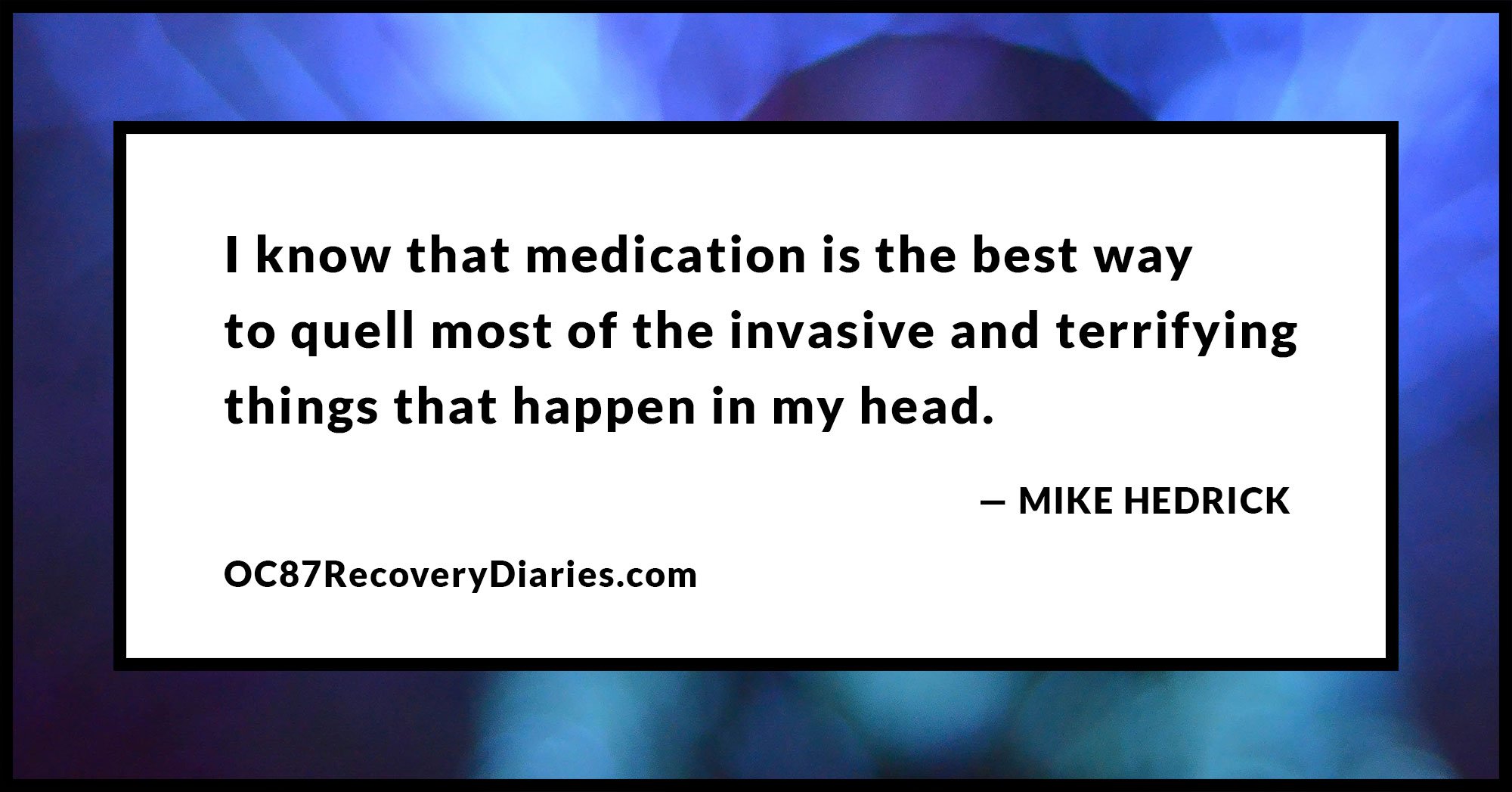 That’s what I have to keep in mind about antipsychotic meds. Nobody is ever going to be entirely happy with what they do and how they do it, but the hope is that, at some point in the future, we can all feel a relative sense of contentment. I’ve always said that, yeah, these meds cause some pretty nasty side-effects but at least I’m not “crazy” anymore. The truth is that I don’t ever want to experience or act on psychotic delusions, and putting up with side-effects just for that hope of stability is worth it to me. I know how terrified and anxious I was when I was symptomatic, when I thought that everyone I met had a personal vendetta against me and that I was some sort of god.

I like fitting in, as most people do, and I like knowing that, aside from momentary episodes of anxiety and paranoia, nobody would be able to tell that I have this serious debilitating mental illness. I know what the stigma of schizophrenia can do in people’s minds, I know that it’s a scary word and it seems like people who have it could easily lose it if just one big thing went wrong. 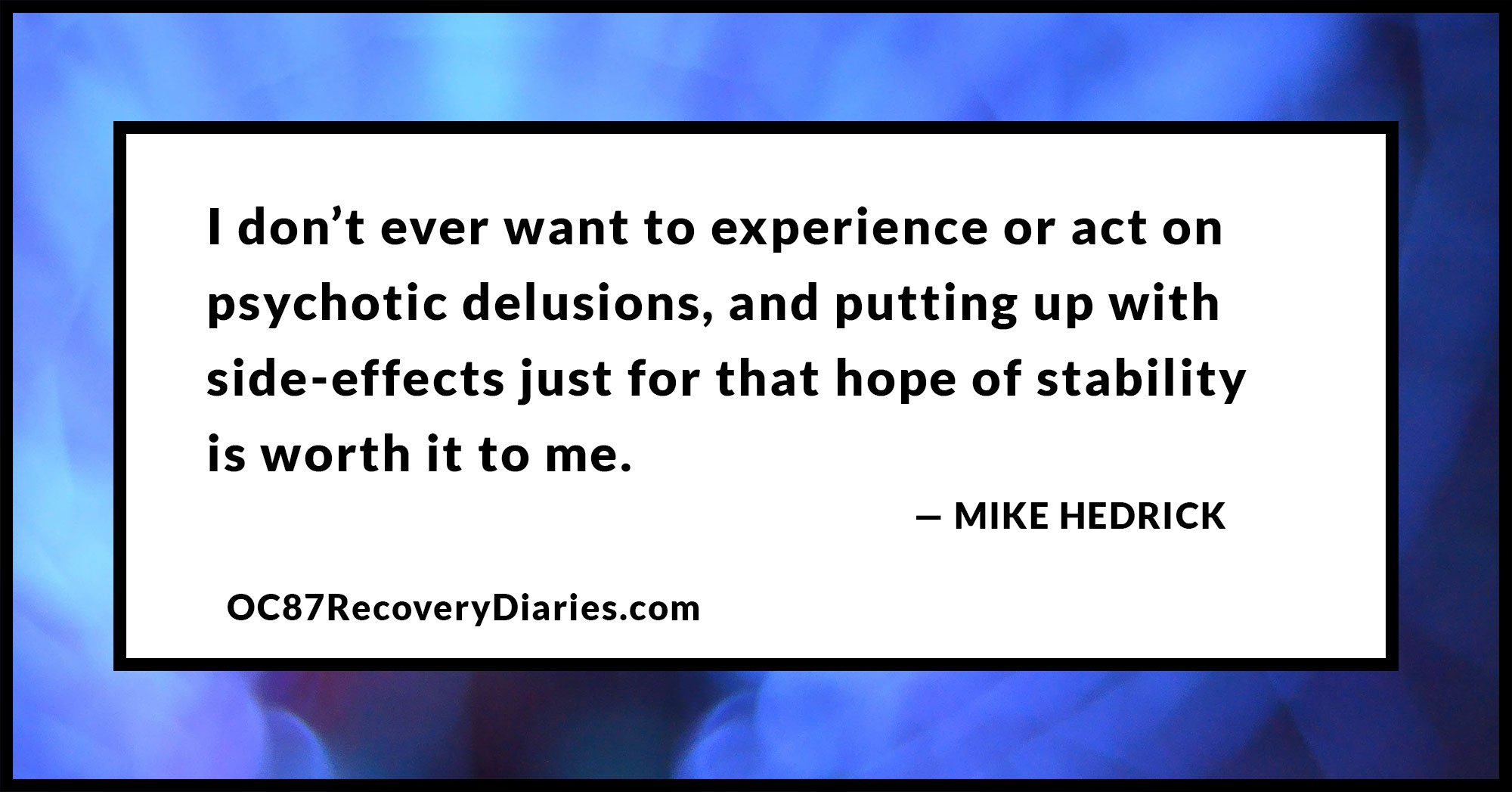 I have to live with that fear every day. The thing is, living with a mental illness is like living with the fact that you’ve seen some of the worst of what can happen to a person, and that gives you an enormous amount of strength and insight. There are pharmacological advancements, and the side-effects of today’s antipsychotics are relatively mild compared with the horrific side-effects of some of the early drugs. I understand why people go off their medication. I understand why people seek alternative therapies, but I’ve been through hell and I’ve come out the other side, and I know that medication is the best way to quell most of the invasive and terrifying things that happen in my head. Life with mental illness is a trade-off, a series of trade-offs, really. Sometimes you have to give up something good to find something better. Think of it like challenging yourself to make friends; you have to give up your comfort of doing your own thing because of the hope is that life is better when you have people around you. Negotiating your existence with schizophrenia is just another microcosm of the great experience of living life. 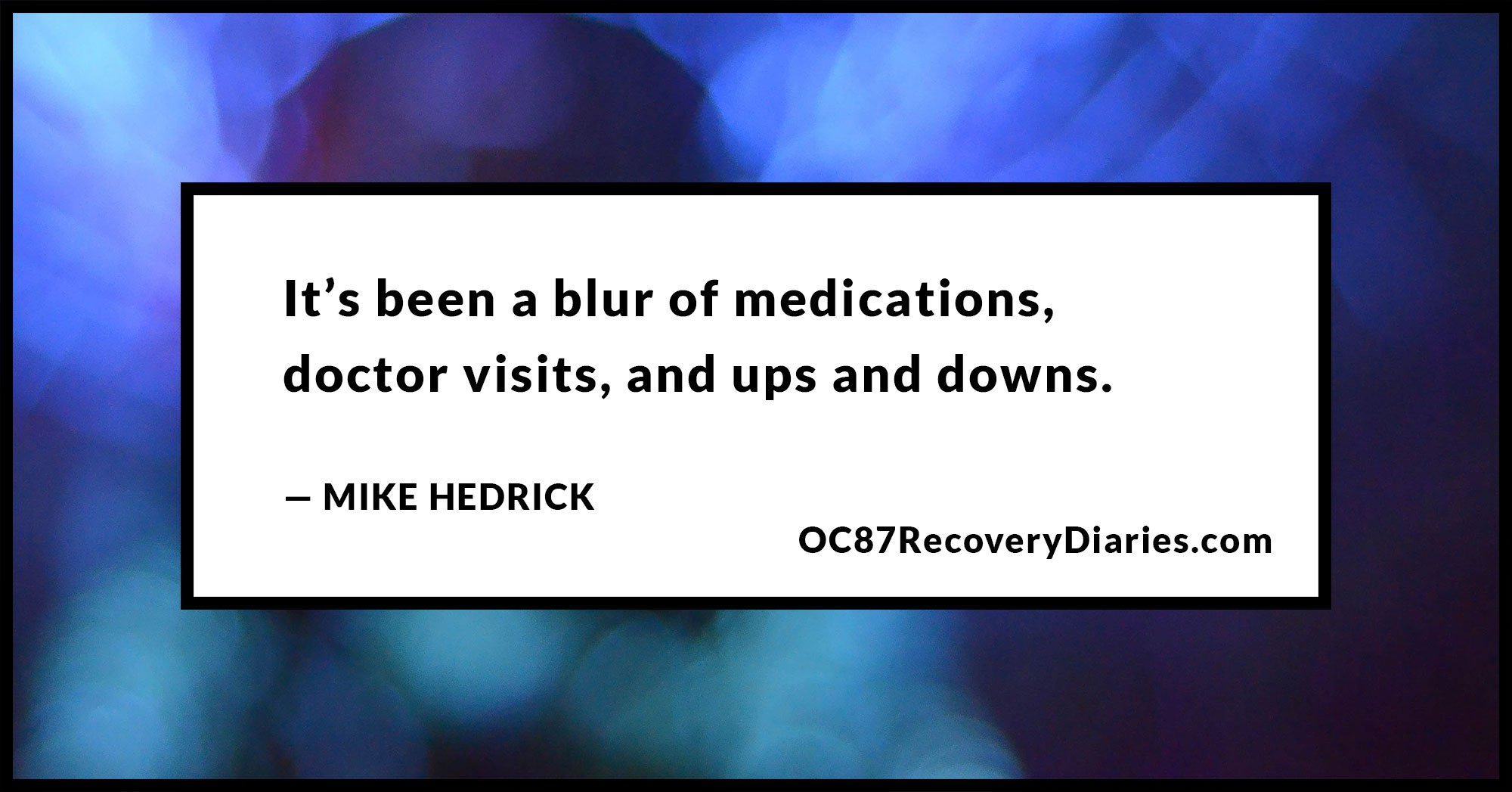