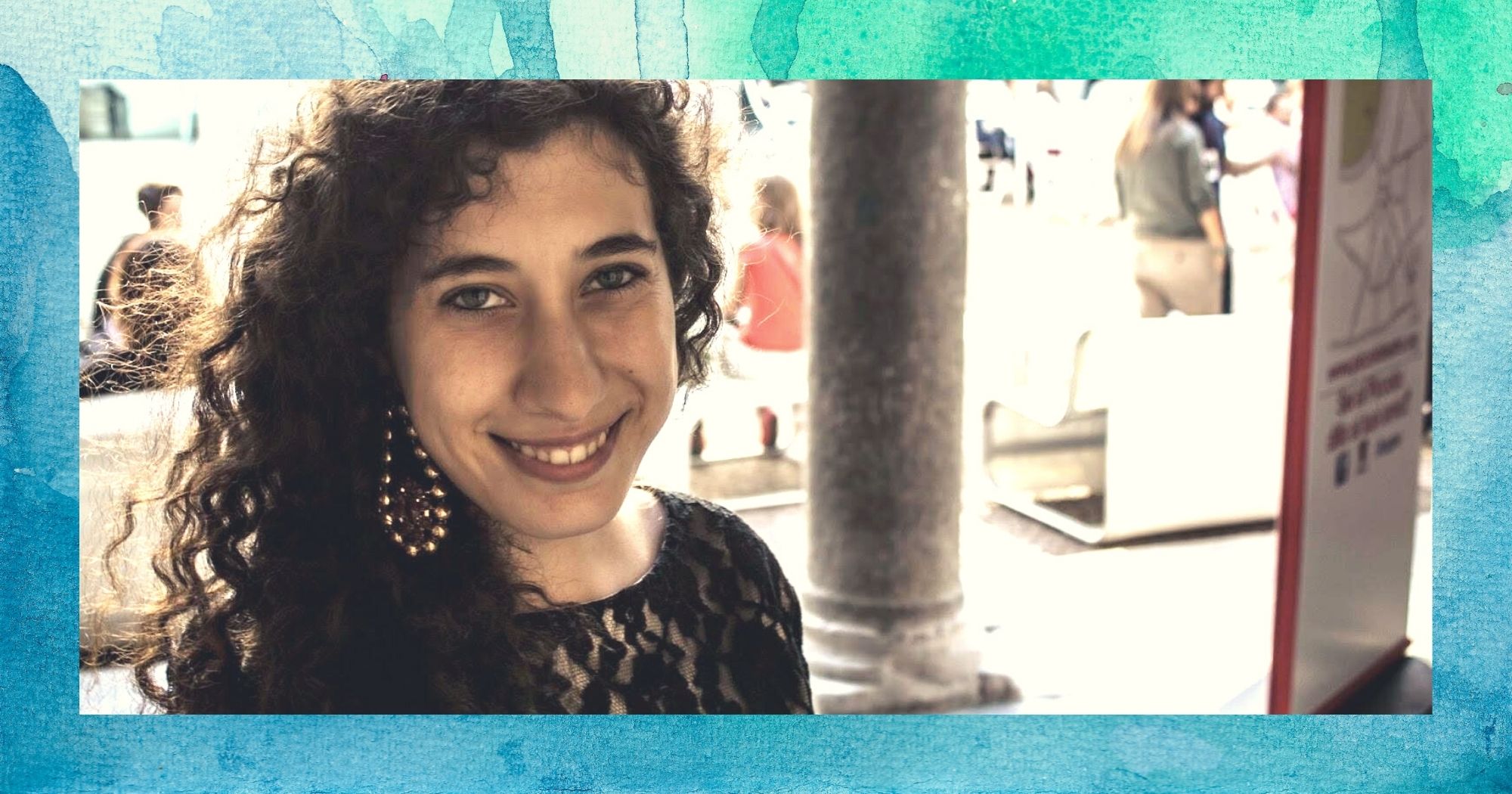 Can a fictional character save your life? I believe he can, if he is a mysterious, austere, inky-caped Potions Master and you are a chronically ill and confused twenty-three-year-old girl.

Being born in 1992, I am defintely part of the Harry Potter generation, but for some reason I couldn’t stand that four-eyed insufferable kid when I was his age. He was impulsive, arrogant, and reckless: all personality traits I abhor. To add to the disdain, my friends and schoolmates were obsessed with him and I could’t stand hearing them talking about him every single day. When I was seven, I read the first few chapters of Harry Potter and the Philosopher’s Stone and decided I would never, ever meet that guy again. Of course, though; I did. I mean, how could you survive the first decade of the 2000s without being dragged to a Harry Potter movie? 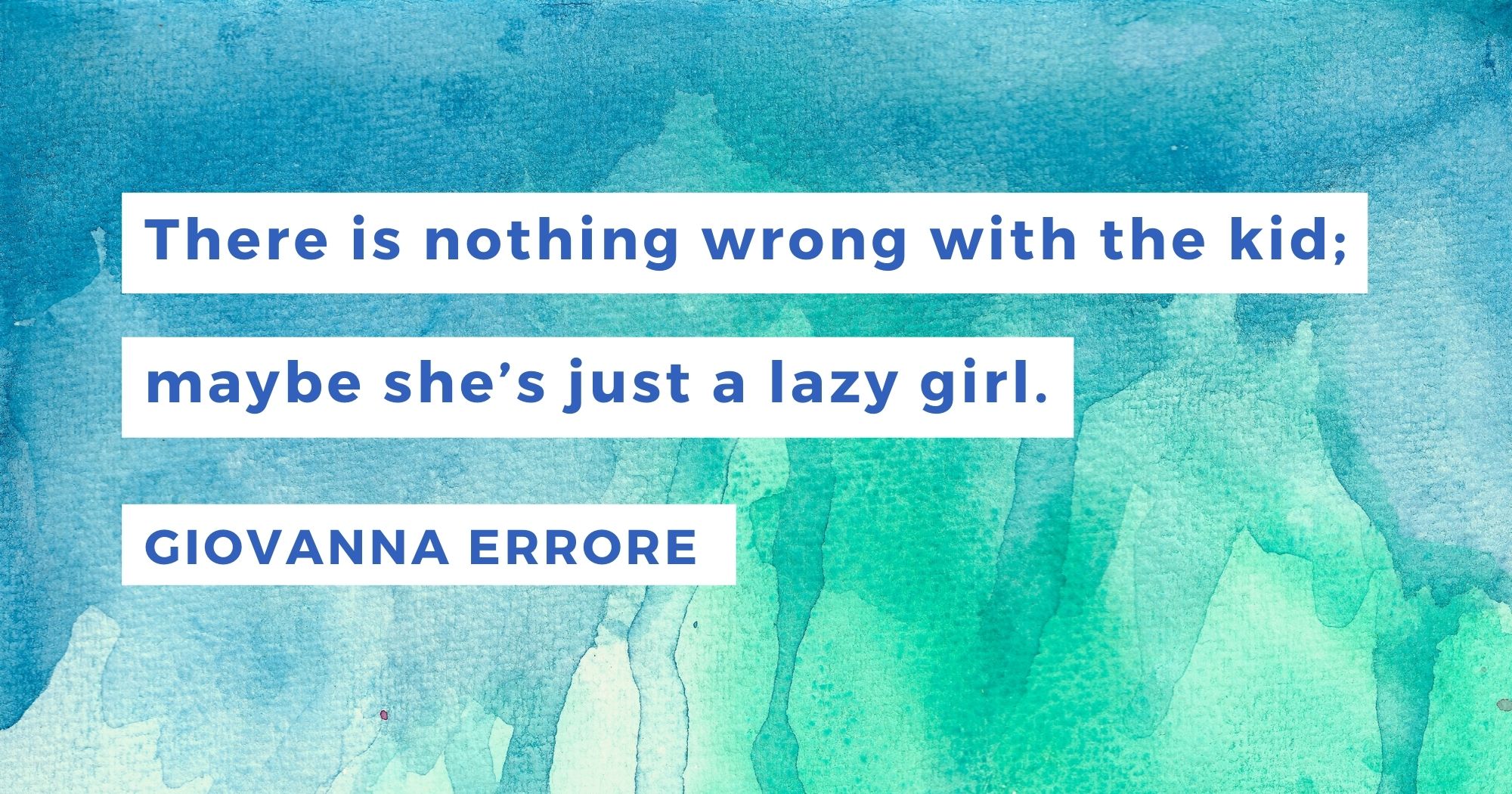 Everything changed when I met, I mean really met, Severus Snape. It was around December of 2015 when my life seemingly fell apart. I had always been a quiet, placid girl who loved reading, writing, creating marvelous adventures with my Barbie dolls and My Little Ponies. A little nerd in the making, actually. I felt very embarassed during physical games, I didn’t do sports (and when I did, I failed miserably), I always felt exhausted without any discernable reason. My parents and I would tour about hospitals and clinics and always get the same answer:

There is nothing wrong with the kid; maybe she’s just a lazy girl? Maybe she seeks attention? Maybe she has anxiety?

Very early on, I learned that I needed to deal with this whole situation on my own. Each appointment was more mortifying than the last and each doctor more humiliating than the last. They were implying I was jealous of something, I had a bad character or I was desperate for attention, which was untrue. So I started concealing everything I felt. At first, it was just pain and physical problems. It’s ok, Dad, I have high fever but I feel quite good. It’s ok, Schoolmate-Who-Wants-to-stay-on-the-Beach-all-day, I’m not tired. It’s ok, Professor, I can re-write my essay even if I have an excruciating pain in my hand.

​Growing up, I would do everything to appear healthy and normal. I would go to every party hosted by every person in my school, I would apply to volunteering projects, I would study hard and get my straight A’s, then do my piano lessons and run my school newspaper. In college, I was graduating at the top of my class three months in advance; supporting two students organizations; doing an unpaid job overseas; going up and down Italy to see my boyfriend. He knew something was wrong, but the doctors were clear: it was “just” anxiety, I just needed a distraction and I would be well. All the while I was ignoring my physical pain and nurturing my emotional discomfort.

So I had started to conceal my emotions too. This may seem hard to do but, for me, it came quite naturally. If I could stay on a bus for twelve hours without complaining about my horrible back pain, surely I could stand betrayals from my friends with a smile on my face. Surely I could endure insults about my looks and laugh about it. 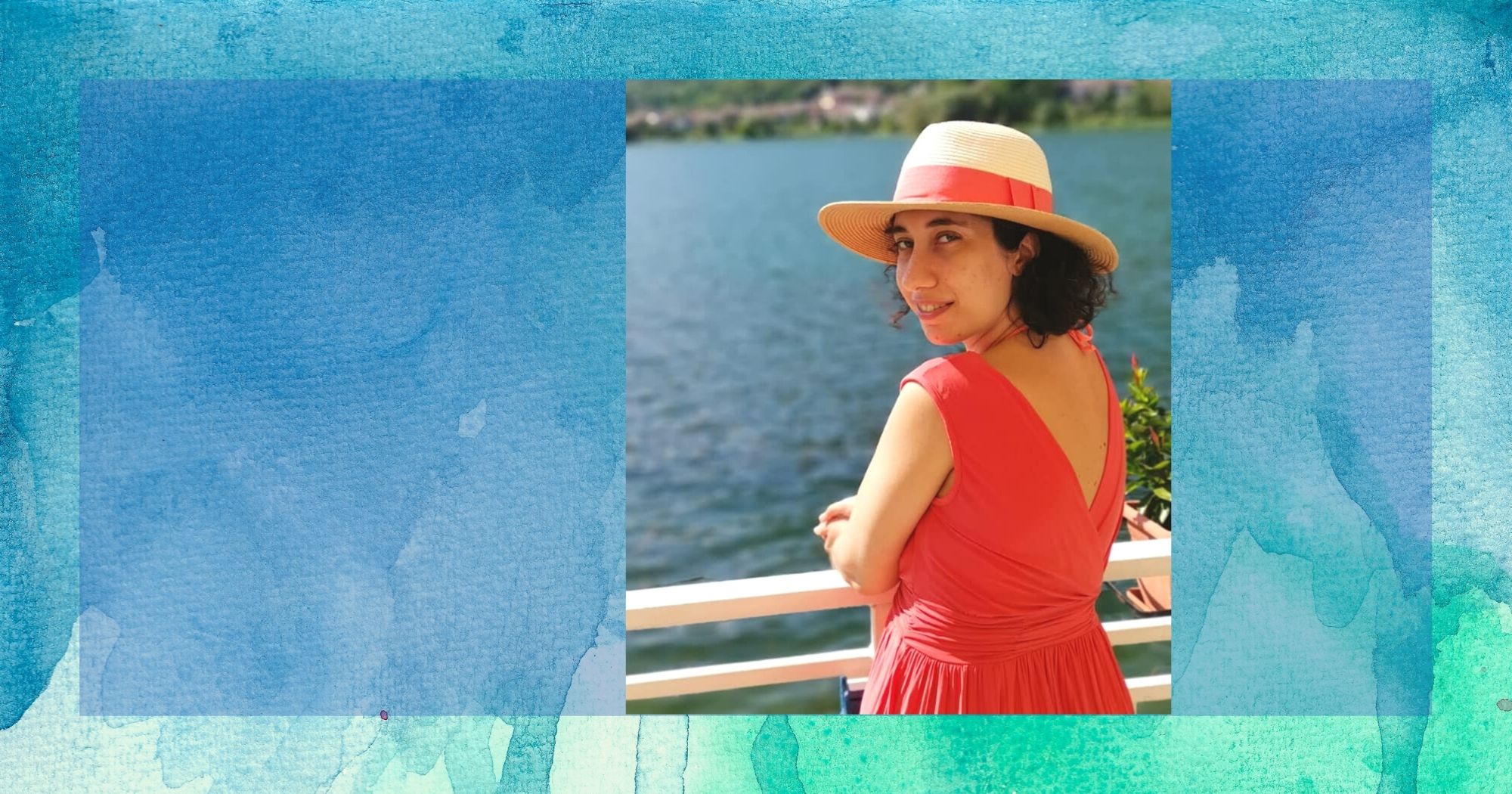 I was adrift in an ocean of rage, embarrassment, pain, and fury with a calm and steady surface. Everything was fine. Except it was not. In December 2015, I finally got my diagnosis: ‘fibromyalgia’ was the weird-sounding word a doctor in Milan said to me for the first time. I had to leave my dream job, my dream city, and go back to my parents’ house. Still, everything was fine. I didn’t need a therapist. I didn’t need to talk about it. No one could understand, anyway. Until Severus came into my life. 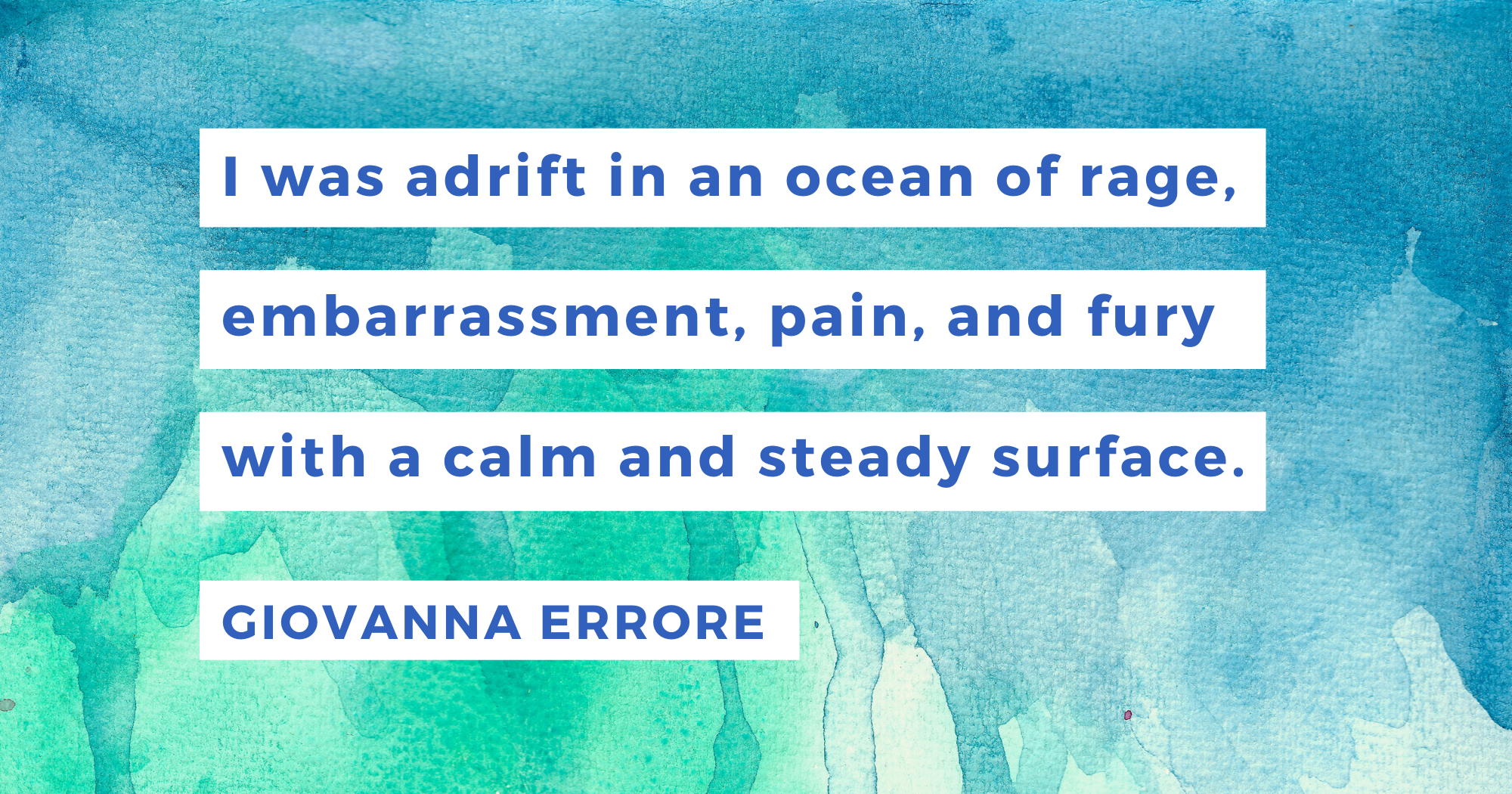 ​Alan Rickman died on January 14th 2016, right in the middle of my no-one-understands-me phase. I watched Harry Potter and the Philosopher’s Stone that night and something just clicked. When that majestic black cape swirled on the screen, I was instantly in love. I needed to watch the entire series again, yet I couldn’t understand. Yes, the Harry Potter kid was still annoying, but what about this sad, gloomy, intrinsically mysterious professor? He resonated with me event though the movies were very briefly focused on him, so I read the books. During this time, my boyfriend had convinced me to go see a therapist, and I started unfolding the intricate puzzle that was my emotional self. And I couldn’t help but wonder, how can I be an adult rationally investigating my physical and mental health and at the same time so in love with a fictional character from a children book? When I read The Prince’s Tale, I was a mess and I finally told my therapist. I cannot undestrand which emotions and feelings are mine and which ones are Severus’. How is that possible? She had a simple yet eye opening answer: they are one and the same.

This masterpiece of a fictional character, so imposing and impressive while I felt so little and weak, is just like me. He too, being a perfect romantic anti-hero, “feels too much,” same as a lot of doctors say for fibromyalgia patients (whether it is a neurological problem or an immune system issue, they still don’t know). He is literally devoured by his own passions, both positive and negative. He loves without limits, hates without limits, believes without limits. Every relationship is stretched to the extreme; so much so that his school sweetheart becomes an obsession, his childhood rivalry persists with a mature hatred, his youthful mistake requires a lifelong atonement and the ultimate sacrifice. But Merlin forbid that someone knows it! His fervent feelings do nothing but trap him in this intricate cage of lies and masks. Everything about this almost Byronic character—from his all-black funeral attire to his prophetic name—hides a lot under the surface, just like me. Layers and layers of fabric tightly buttoned up to the chin to conceal a fragile man who has been abused and bullied for his appearance. His austere and alliterative name is reminiscent of a venomous snake, but no one really knows who is the target of his poison. 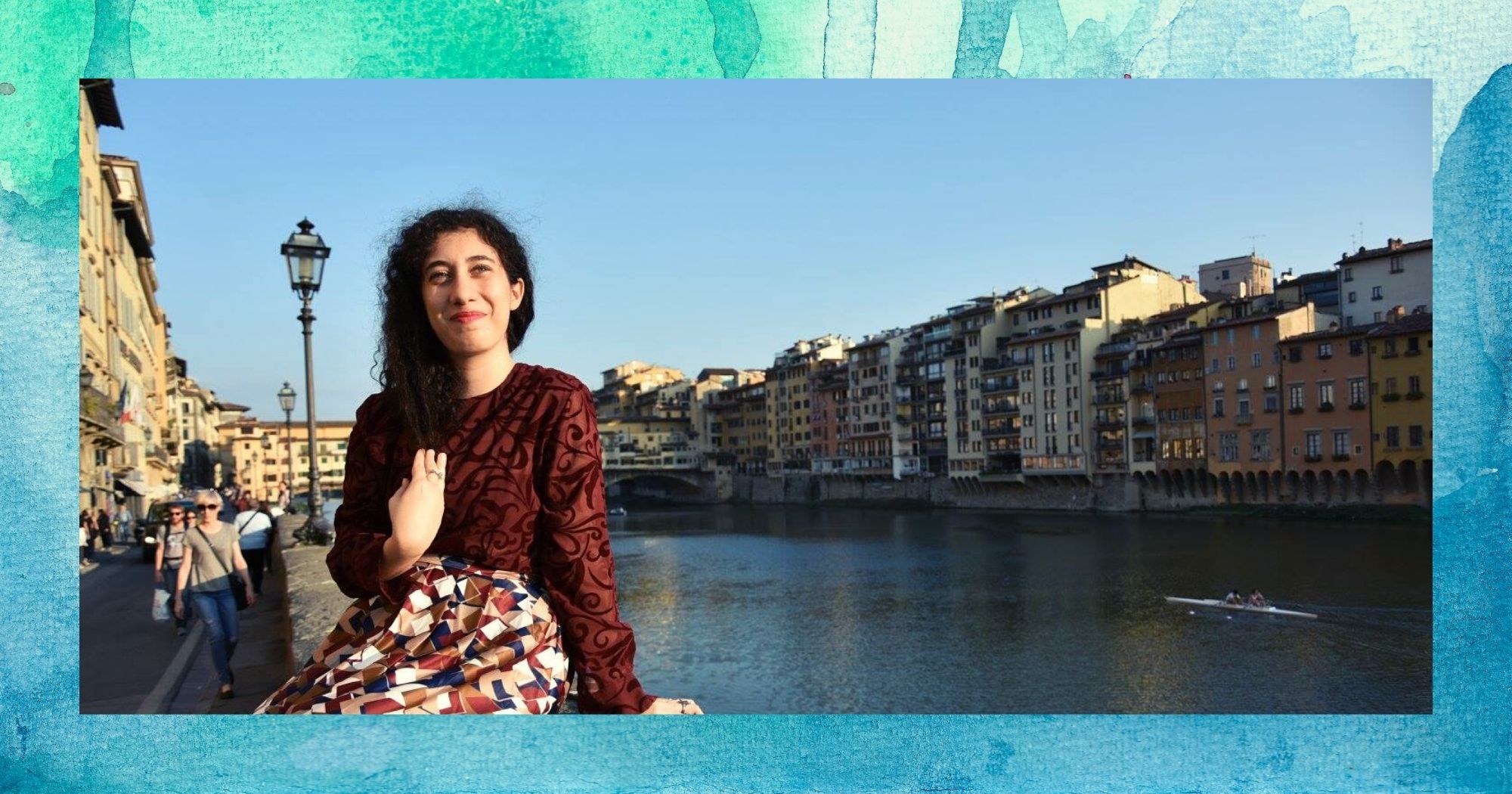 ​Talking to my therapist about Severus, I finally recognized that there was an element of mental illness to my overall situation. Fibromyalgia is not a mental illness, but the stigma and isolation that come from the physical pain can cause depression and anxiety. The feeling of not being believed can be really frustrating and you start to question yourself and your own sensations and mental sanity. You start to think that maybe you’re just too emotionally fragile to navigate this world. Maybe you’re useless. After all, you can’t really connect with people who don’t understand your pain and you don’t have any actual examination to prove you really feel what you feel. Just like Snape can’t talk to anybody about his excrutiating pain, “invisible illness” patients sometimes feel like they can’t either. 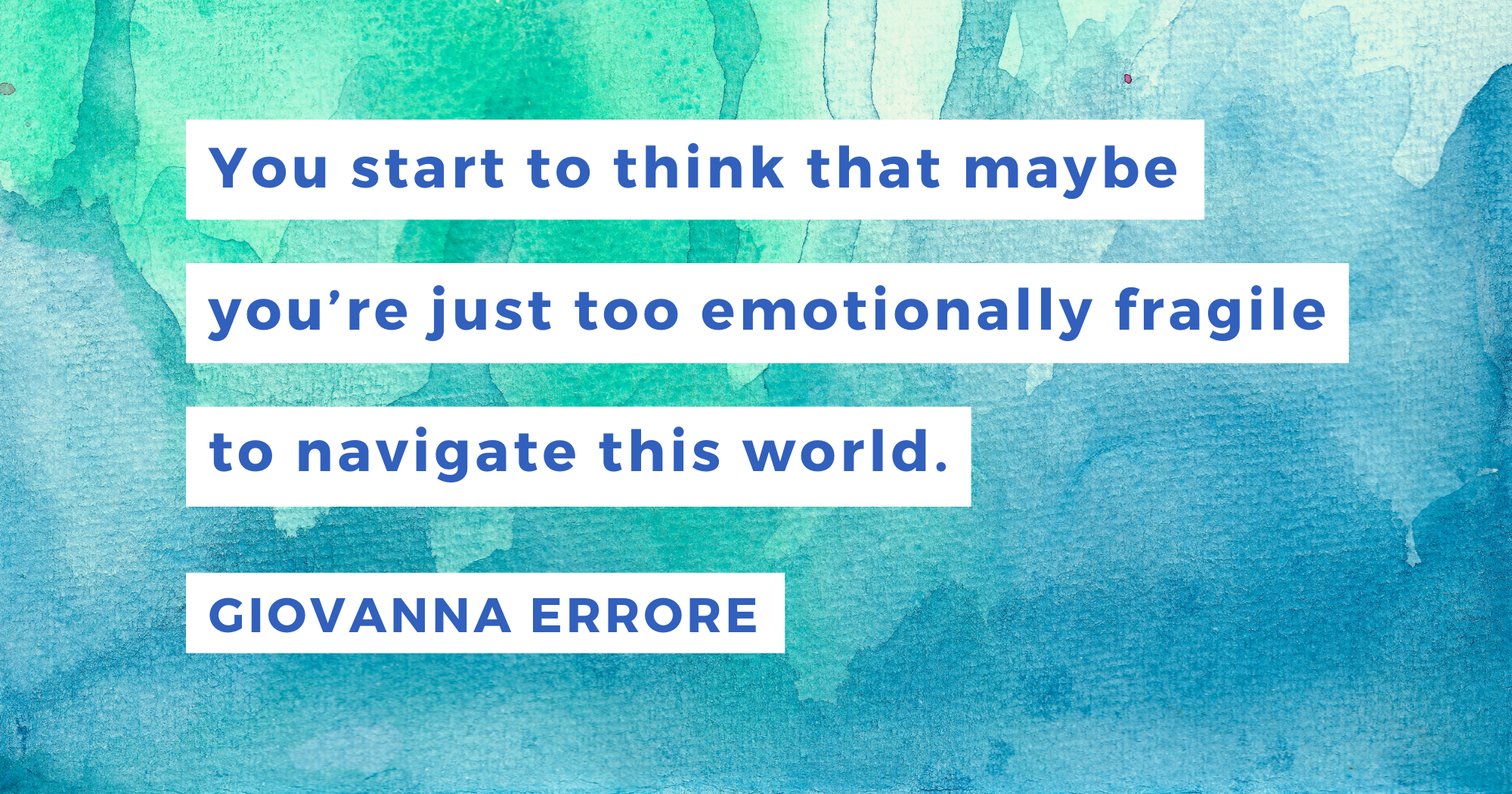 So what was the point in living? I think I could never harm myself, but I can’t say I didn’t think about it. I was alone and misunderstood and I tought I didn’t have a place in the world. Just like Severus. As sad as it is, from a narrative point of view, his death is inevitable in the series: he simply doesn’t have a place in the post-war world. And I felt like I didn’t have a place in the sane, healthy people world. I couldn’t work and I couldn’t enjoy my life like my peers, I felt like a burden for my friends and my family and my boyfriend. But then I realized something: Snape had made a choice. He had chosen to be invisible, to be disconnected from others. He could have chosen differently. What if he had told Lily about Voldemort’s threat instead of talking with Dumbledore? What if he had apologized to the Order of the Phoenix and revealed his double agent work for them? He would have been exposed then, he would have risked more lives. But maybe he would have felt loved and appreciated. His life would have had a different meaning. 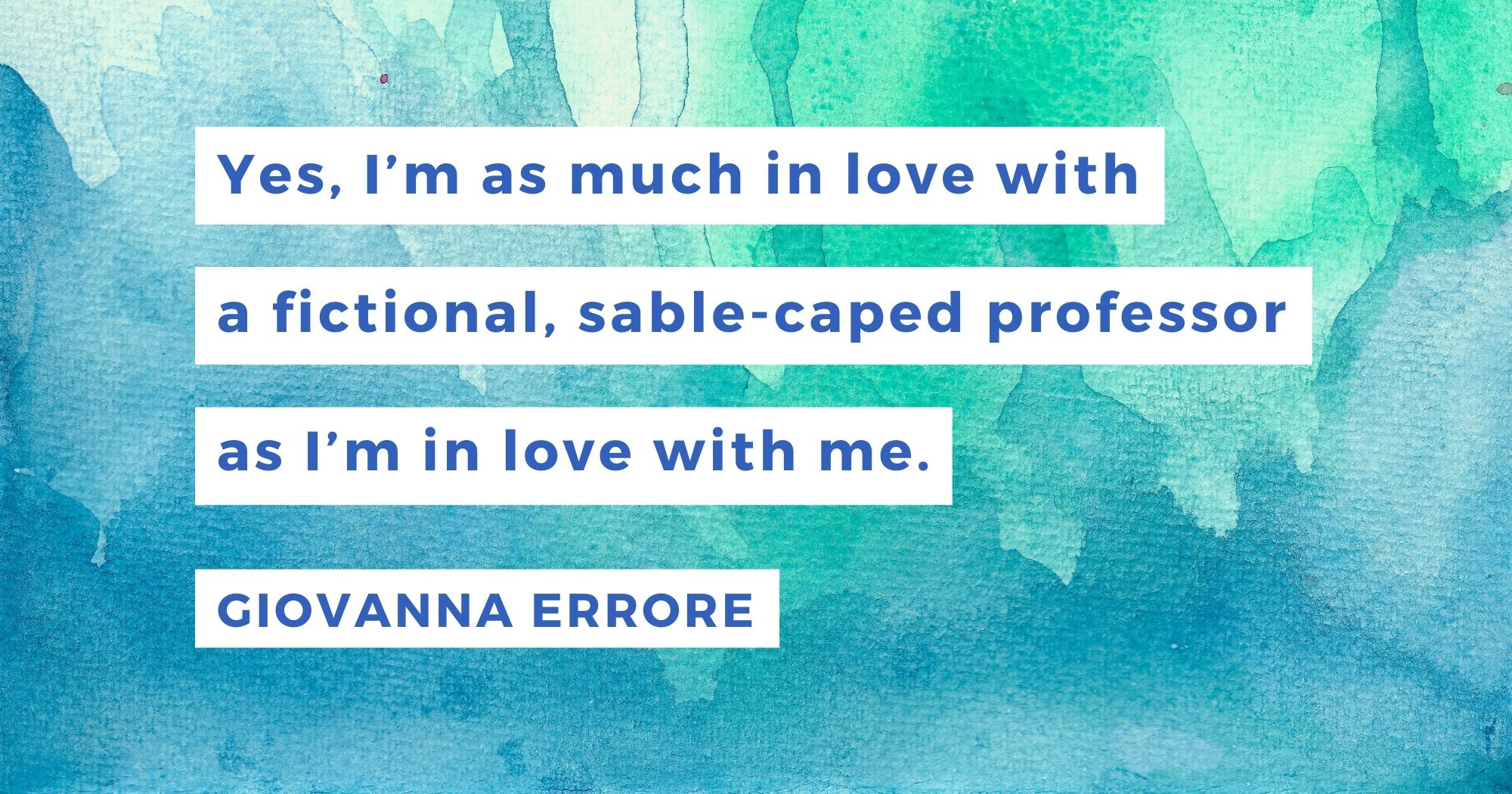 He is a fictional character and his choices and actions are what the story requires from him. But I am not a character in J. K. Rowling’s mind. I am a person. I can still take the narrative of my life in my own hands and make different choices. I can open up to the most important people in my life and they can understand. I can work from home as a writer. Sure, it’s a less physically demanding and life-threatening job than being a double agent in a war, but I can still be useful and valued. In investigating Snape, I started investigating myself. This is where I really started a tangible and serious work in therapy, which is still ongoing. I feel his pain so much I need to untangle my own in order to save him from his misery, and to save his life, just like he saved mine when I thought nobody will ever understand being lonely and afraid and incapable of asking for help. Yes, I’m as much in love with a fictional, sable-caped professor as I’m in love with me. It’s a complicated and beautiful romance. 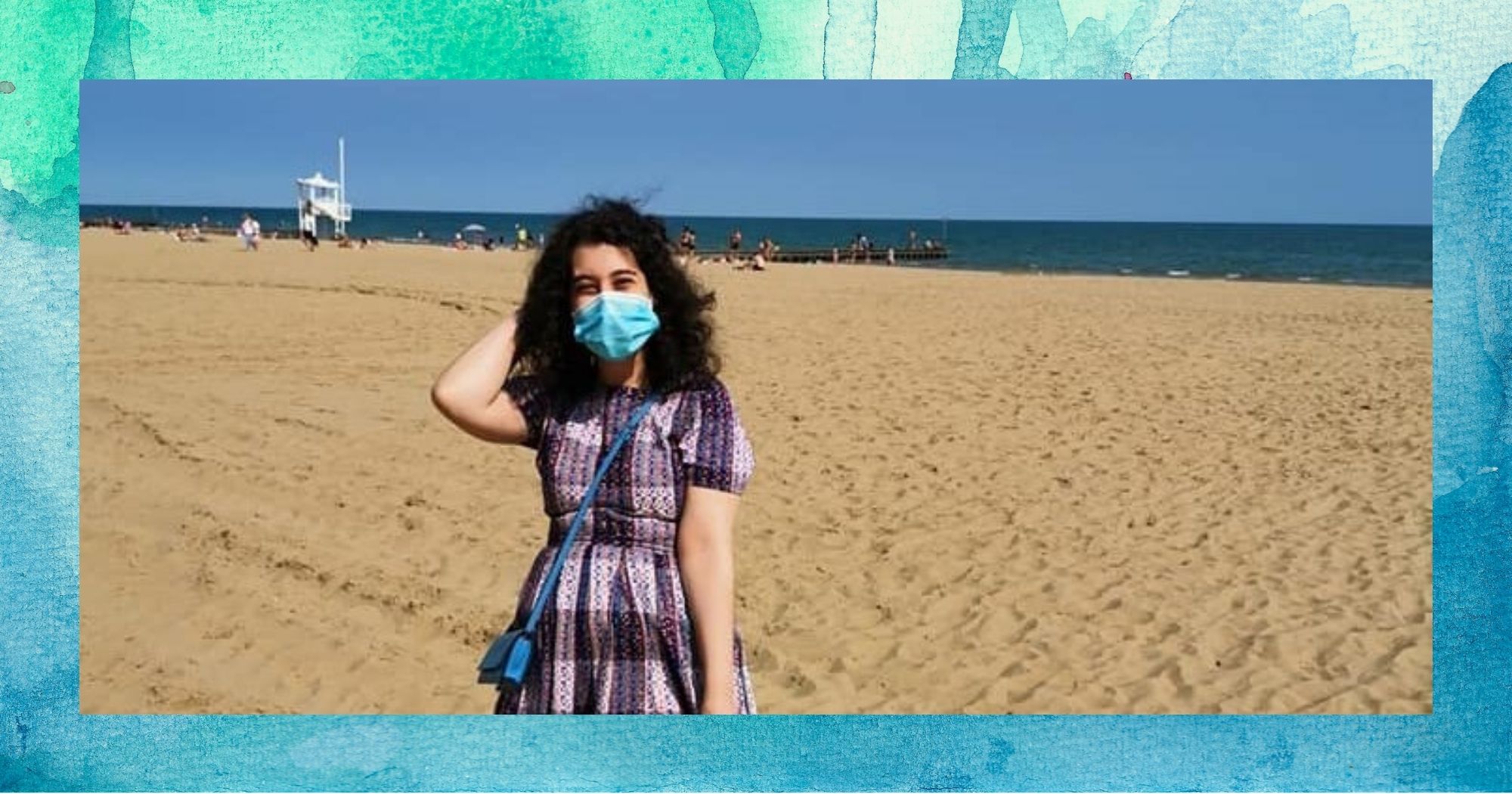 Giovanna is a freelance writer and translator. Born in Sicily, she is currently living in Northern Italy with her husband-to-be. With a bachelor degree in Foreign Languages and a Master Degree in Fashion Communication and Journalism, she loves literature, cinema, fashion and pop culture. Being a chronically ill patient, she strives to raise awareness of physical and mental issues through her blog www.sbirillablog.it. She’s clearly a Ravenclaw.