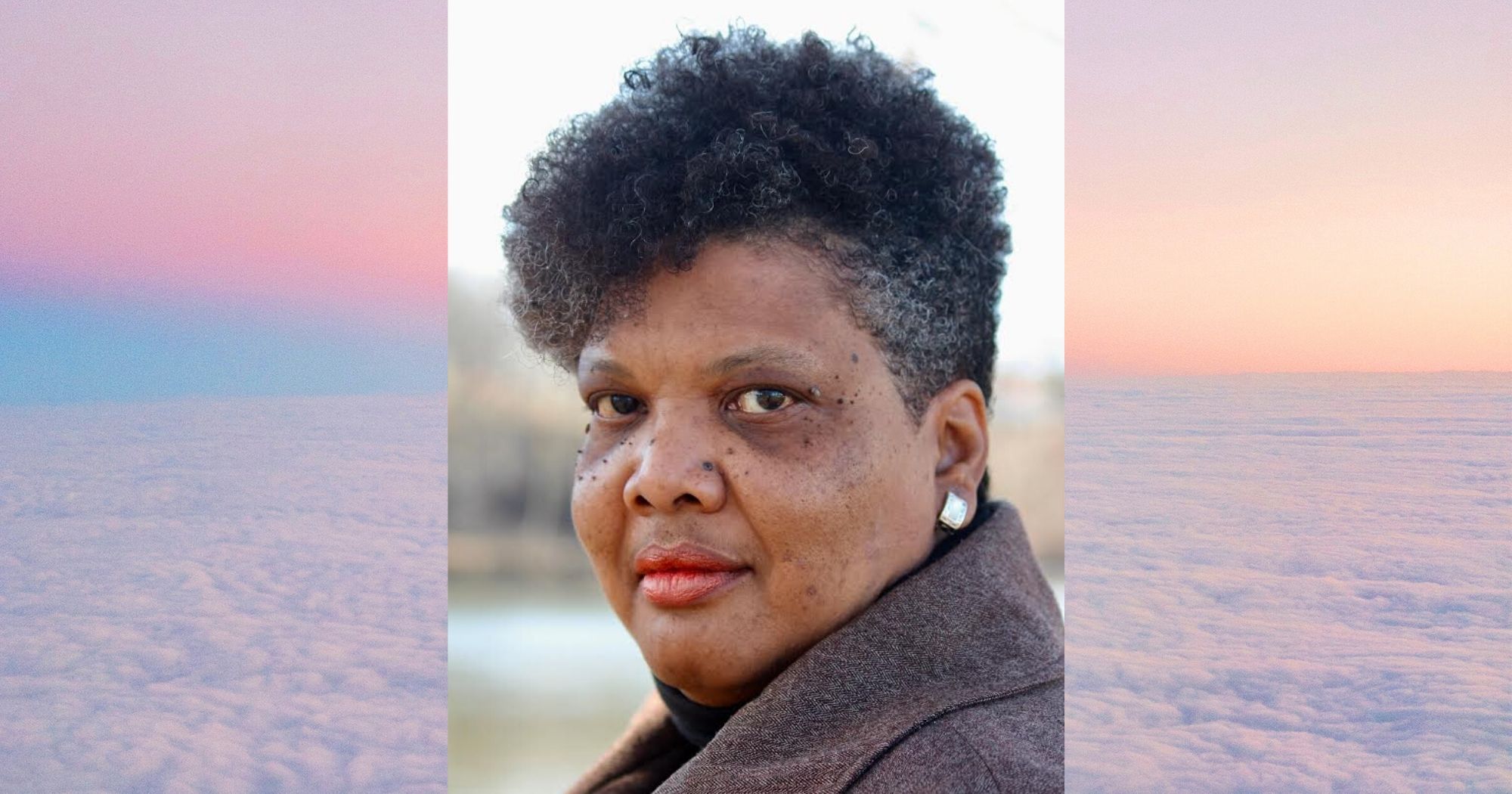 There is nothing more cathartic than paths being made and changed inside the brain. Thank God for neuroplasticity…

I had the blues on crack. The kind where you wrap yourself around yourself in a corner so tight you can’t rock, can’t produce tears, and a straight-jacket looks inviting. Lucidity goes out to play. The stark bareness of trees in the thick wind reminds you of dinosaur bones on exhibit in a small room of the Carnegie; frightening. My thoughts on loudspeaker so loud, like the cars rolling through the streets, I expected the thought-police momentarily.

So, I moved my lifeless shell through the town by pulling the levers in the control room behind my eyes. The machine was outdated. I saw black in Light.

I had convinced myself, especially in the aftermath of the 2016 elections, that life as I had previously anticipated embracing was over. I had planned to start a career in inspirational writing and speaking from a mental health perspective. Now, I feared the gestapo would come. 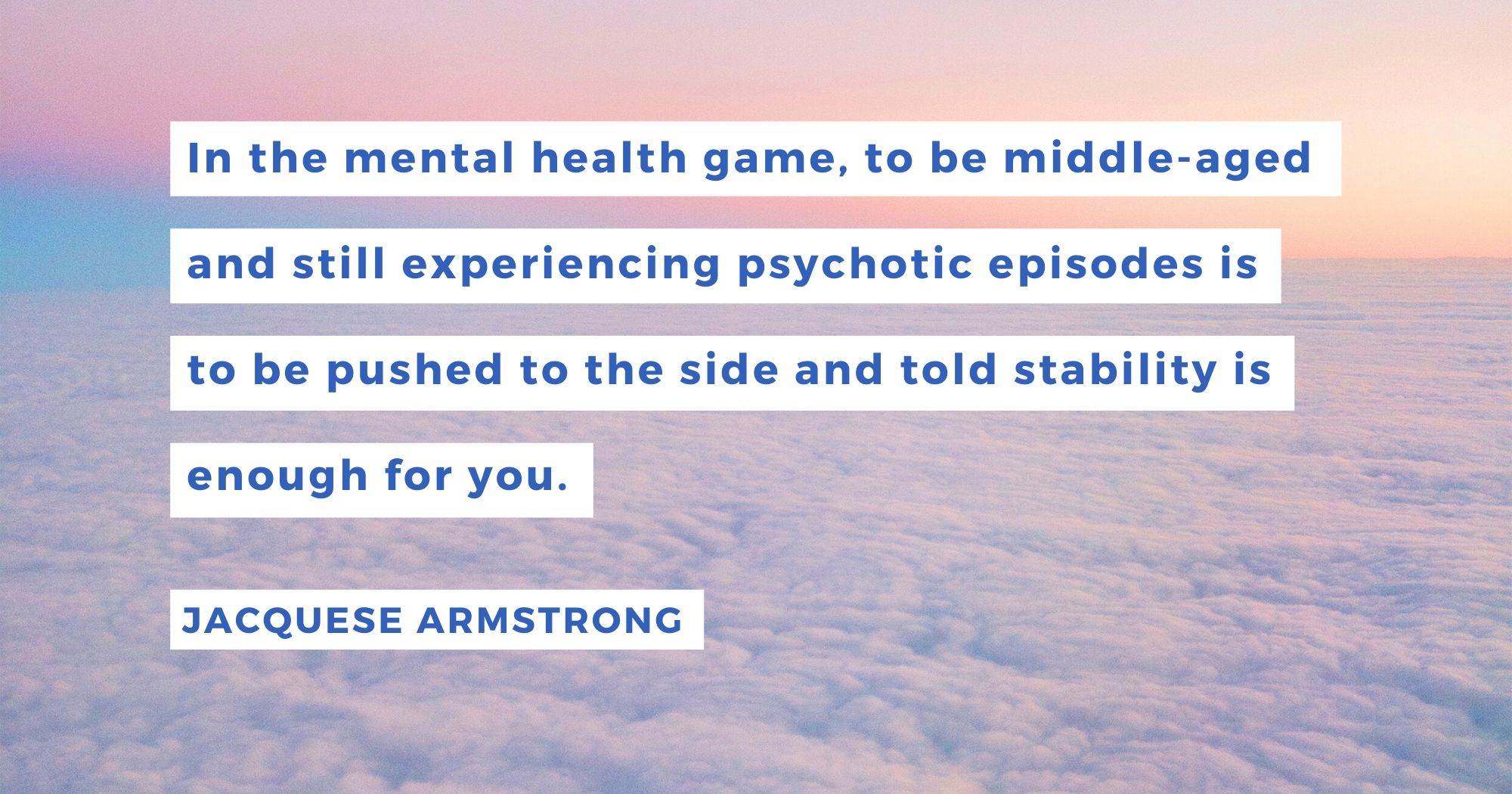 It’s very disheartening to watch the country fall apart as you are coming together. The pressure is mounting up and you just want to coast a little, having walked through hell on your hands and knees looking for your name for three and a half decades. I started this journey at 20, my junior year at the University of Tennessee, Knoxville. I was studying chemical engineering and was involved in an internship program at a chemical company. The financial security I may have had, I still mourn for. But I stopped sobbing about it. I have a B.A. in Journalism that I paid for in blood on the revolving door plan. (The only other thing I could do was write.) I spent one quarter in school and the next in the hospital for two years until I finished.

If you remember, the eighties, the decade when I lost my mind, were a sweet, lucrative period. Optimism and that dreaded of all words promise were the cloak I enveloped myself in. Even after the doctor told me I would never finish school and basically never have a “normal” adult life, I still ran. I ran like the wind. My brain had been hard-wired for success since I was little and I could not conceive of not having it or even changing my definition for it.

But I was young and strong and popped back up very swiftly like a weeble when life punched me in the gut daily. I’m a dreamer and without a dream, my life may as well be over. So I heard no word the doctor said and played games with my situation.

It was such a sweet time though. Everyone was happy. Something happened as the decade progressed. There was a dark veil that enveloped me and I couldn’t handle the day to day, especially reporting. A certain nastiness appeared in the atmosphere. It may have just been my paranoia, but its vibe wrestled with my psyche until all hell broke loose to the point that I found myself in a hospital bed the next morning after a horrifying first panic attack episode.

However, the American scene really is hardcore now. So, I doubt if anyone would want to listen to inspirational vibes or even understand what they’re for. I find that I am once again questioning a newly bought dream. 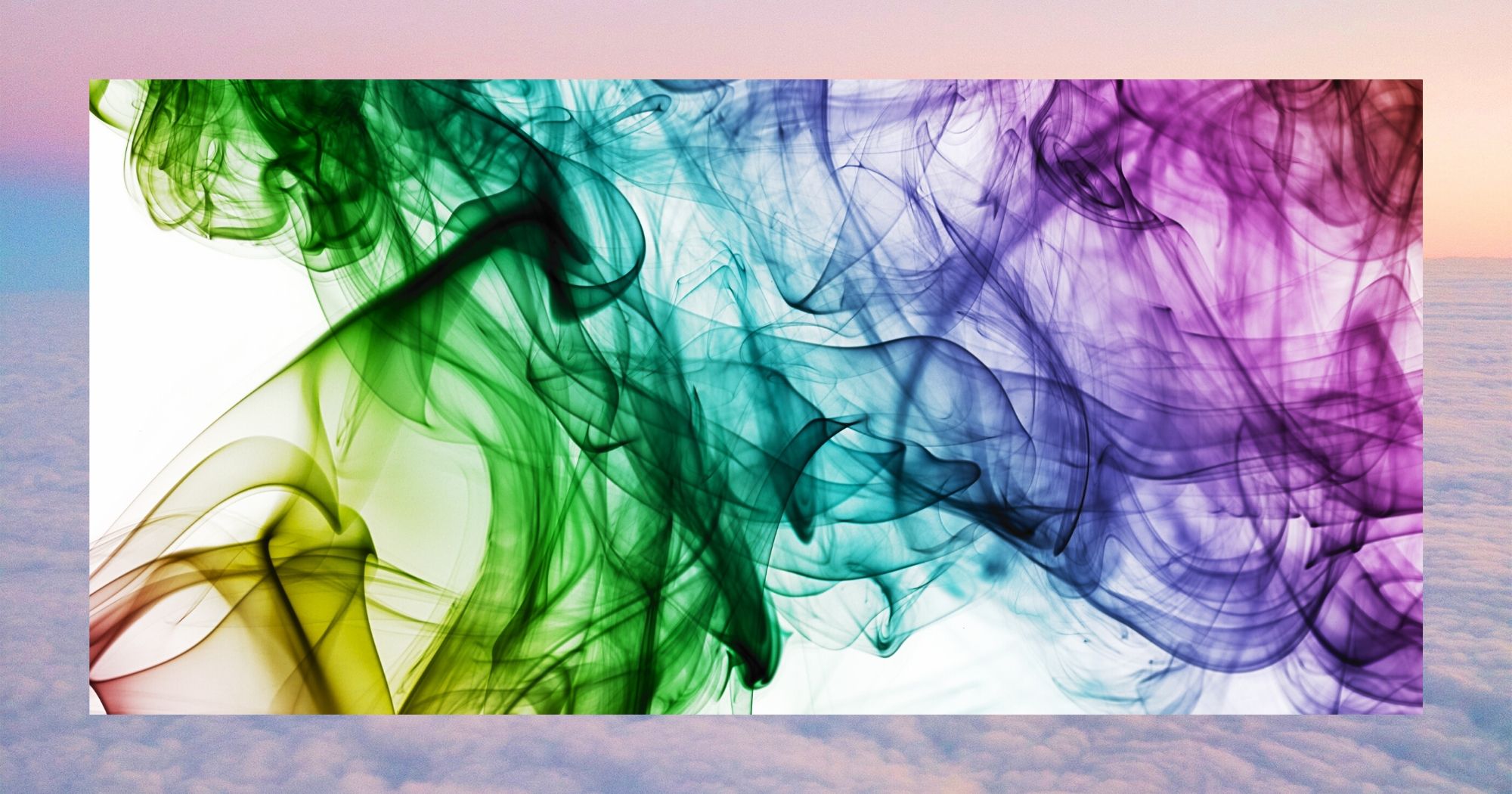 This epiphany was exacerbated by a subtle, total rejection of my services for a job I sought, because of my age. I asked to be considered for a peer position in a program that treated individuals in a younger demographic. They didn’t even want to hear what I had to say. They wanted young blood and energy. I am now one month into 55. This is America. Need I say more?

In the mental health game, to be middle-aged and still experiencing psychotic episodes is to be pushed to the side and told stability is enough for you. That is until the nursing home can fit you in. These are the foibles of being on disability at middle age. 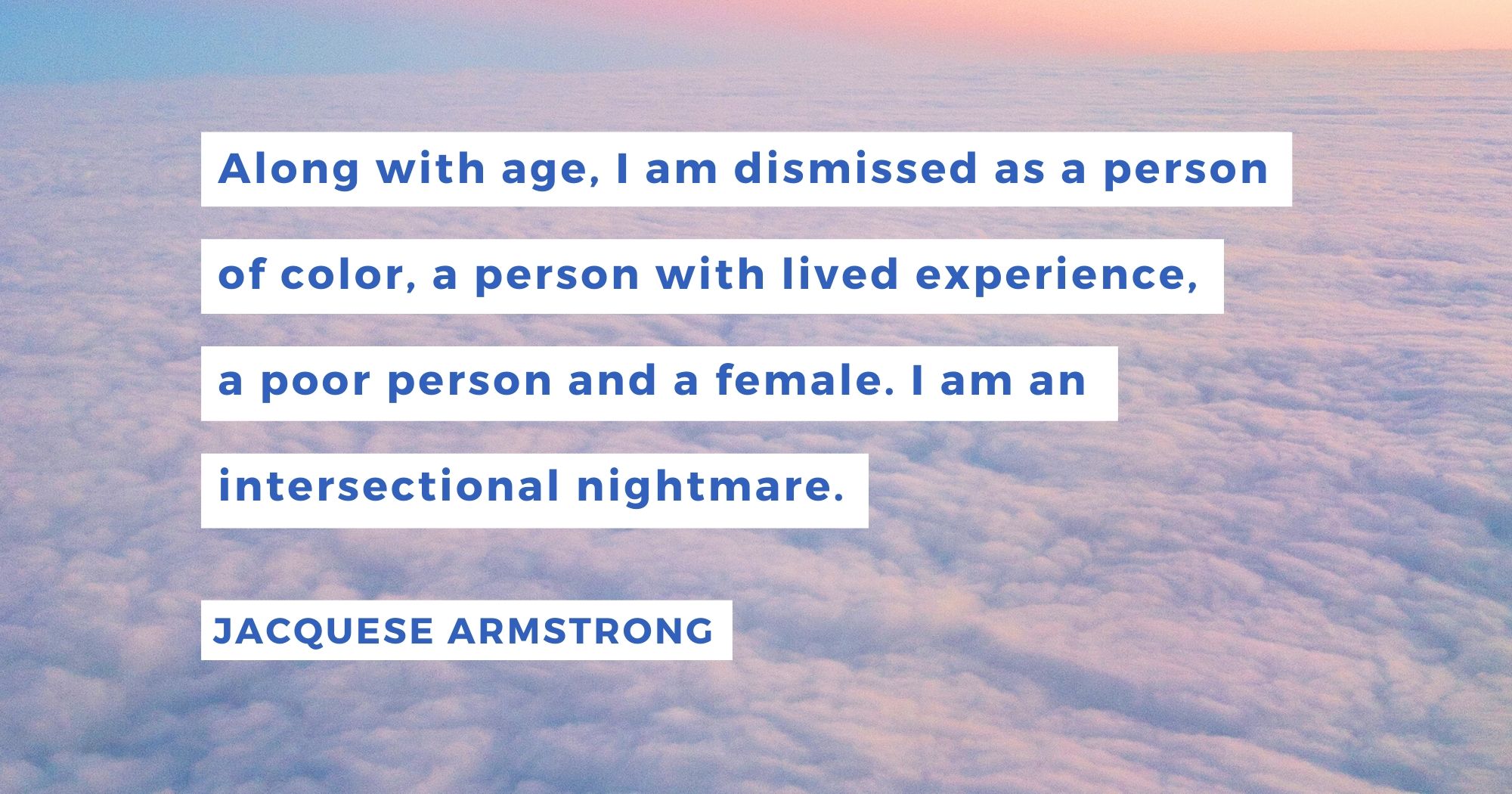 It has always been my main goal to be rid of that monthly reminder and replace it with my own, but I haven’t worked full-time since 2002. My only way to make it out in my right mind is to figure out something on my own, using the wisdom amassed from living this long.

Why are we so obsessed with youth and speed anyway? We never consider using wisdom over whimsy. That’s why the country’s falling apart. There is no substance.

I really needed three fights to get my blood boiling though, so I add age to living while black in America and having thought and mood disorders. Then, no, I’m female; that makes four, since the country was overwhelmingly proved to be misogynistic in our tendencies this last election.

Along with age, I am dismissed as a person of color, a person with lived experience, a poor person and a female. I am an intersectional nightmare. Mostly, as a person of color writing poetry from a historical context, I am dismissed by the literary mainstream. By having a different “reality,” I am also dismissed by the black community mainstream. Being a middle-aged single black female writer of limited cash flow who discloses mental health challenges in speeches makes men run.

It’s the “reality” thing that they’ve bought into that I refuse to let fester my soul. As far as I’m concerned, the area under the bell curve shelters automatrons who’ve bought into the system hook, line, and sinker whether it serves them or not. They’ve never had to think for themselves; they blindly follow the guidelines for what’s supposed to be. 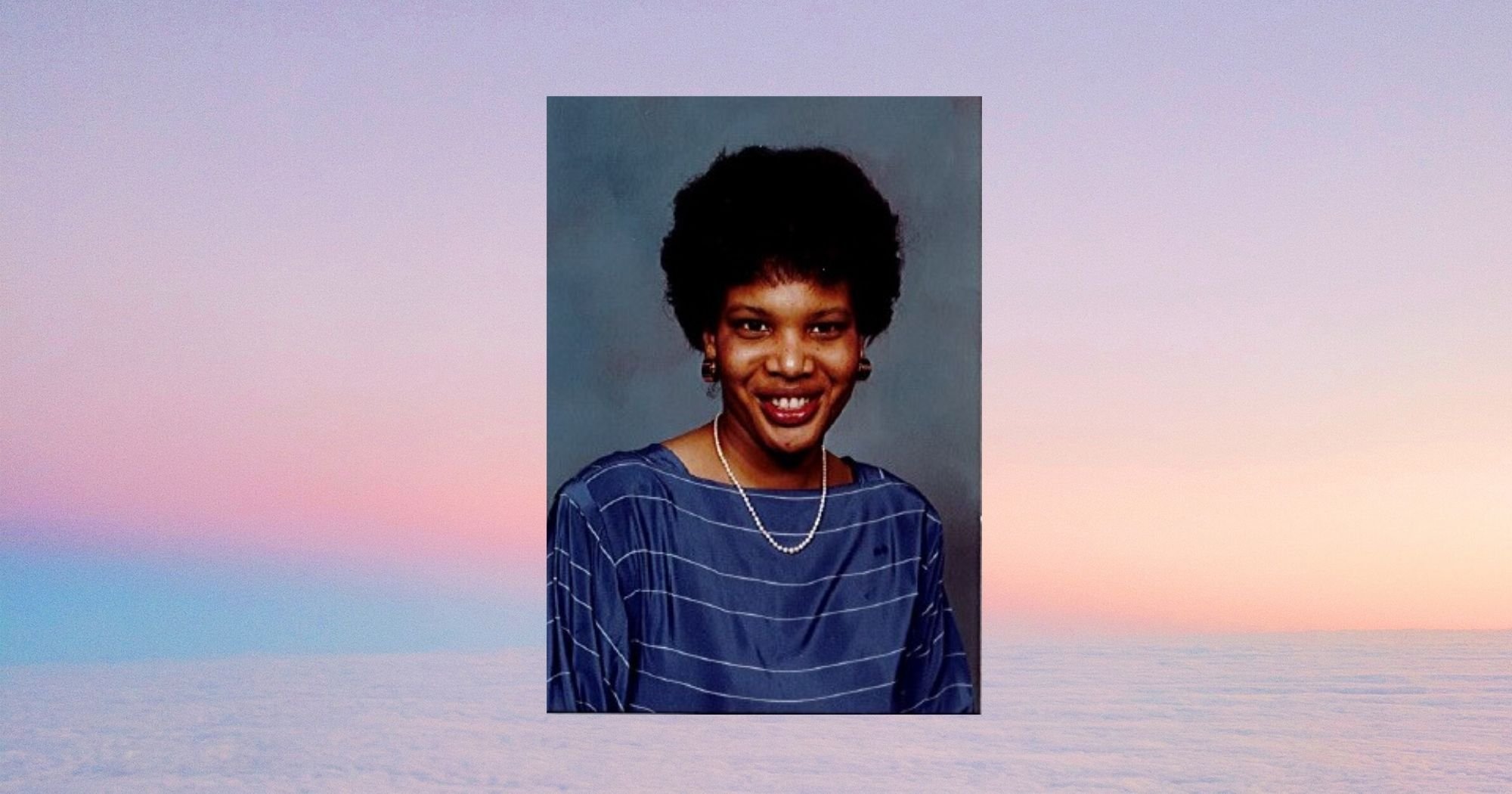 I have a statement I say to myself: “I’m a warrior.” But even warriors sometimes have the “wearies,” when you wonder if all the bullshit you’ve dreamed up is ever gonna play one day. The “wearies,” enticing your mind to turn on itself and feed like a zombie on human prey. The “wearies,” the state that forces you to confront the mirror, cracked to pieces at 20 complete with cobwebs, that you were willing to be whole on a wish. It’s when you realize no matter how young and vital you feel, society has nailed you in a coffin times over…and you’re still breathing.

But, weariness is not allowed for the “sane” portion of travel in a “severe and chronic” mind. “Keep going” are the only two words I’ve ever known. They navigate my every move. 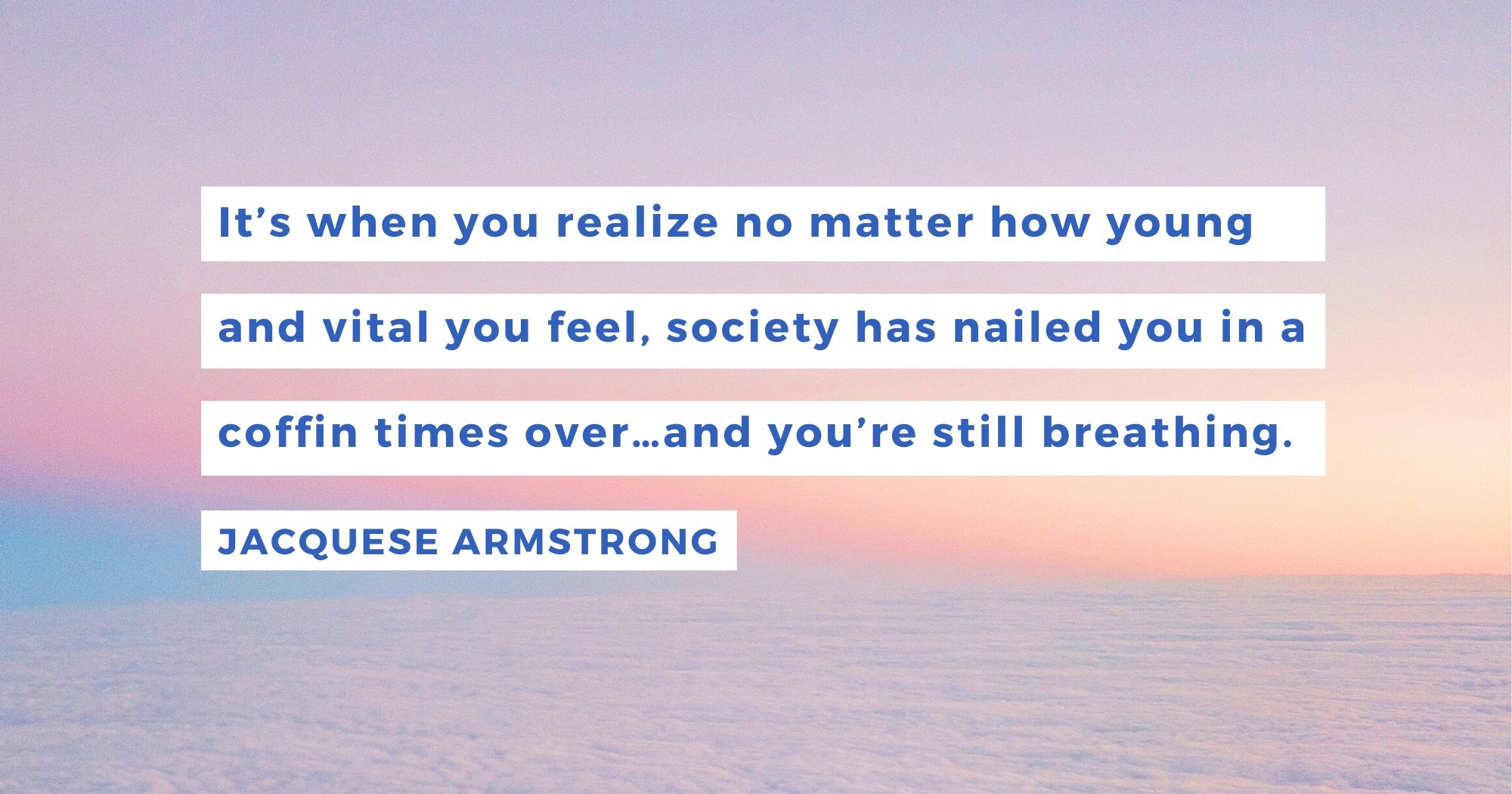 In the wake of this age thing, I had to assess how much I wanted life.

When you’ve had the odds stacked against you so hard for so long and never had a pay-off and then you realize you’re middle-aged with nothing to show for it but your breath, it starts you thinking. I’ve lived my entire life on the weeble principle (“weebles wobble but they don’t fall down”), it takes longer for it to kick in now. But there is a crevice on my brain designating this specifically. Because just then, the path I was walking on in the terrain of my head changed course.

I’m not easily intimidated after all I’ve been through, especially when principle is involved.

You can’t tell me I’m inferior based on race or mental health status. I won’t be swept like that. Like I said, it’s just one more battle to add to the fight.

So, I’m putting the world in check. I will not let anyone, including me, dismiss my validity based on age either. This society needs to view age through a truer lens and capitalize on wisdom instead of dumbed-down entertainment, deceit, folly, and reality TV. Most can see where that road has taken us. Those who have travelled the raggedy mile and refused to have their messages, tendencies, ideas, and the pursuit of those ideas truncated possess such a wealth of knowledge, strength and wisdom; it is unfathomable why you wouldn’t want to use it. 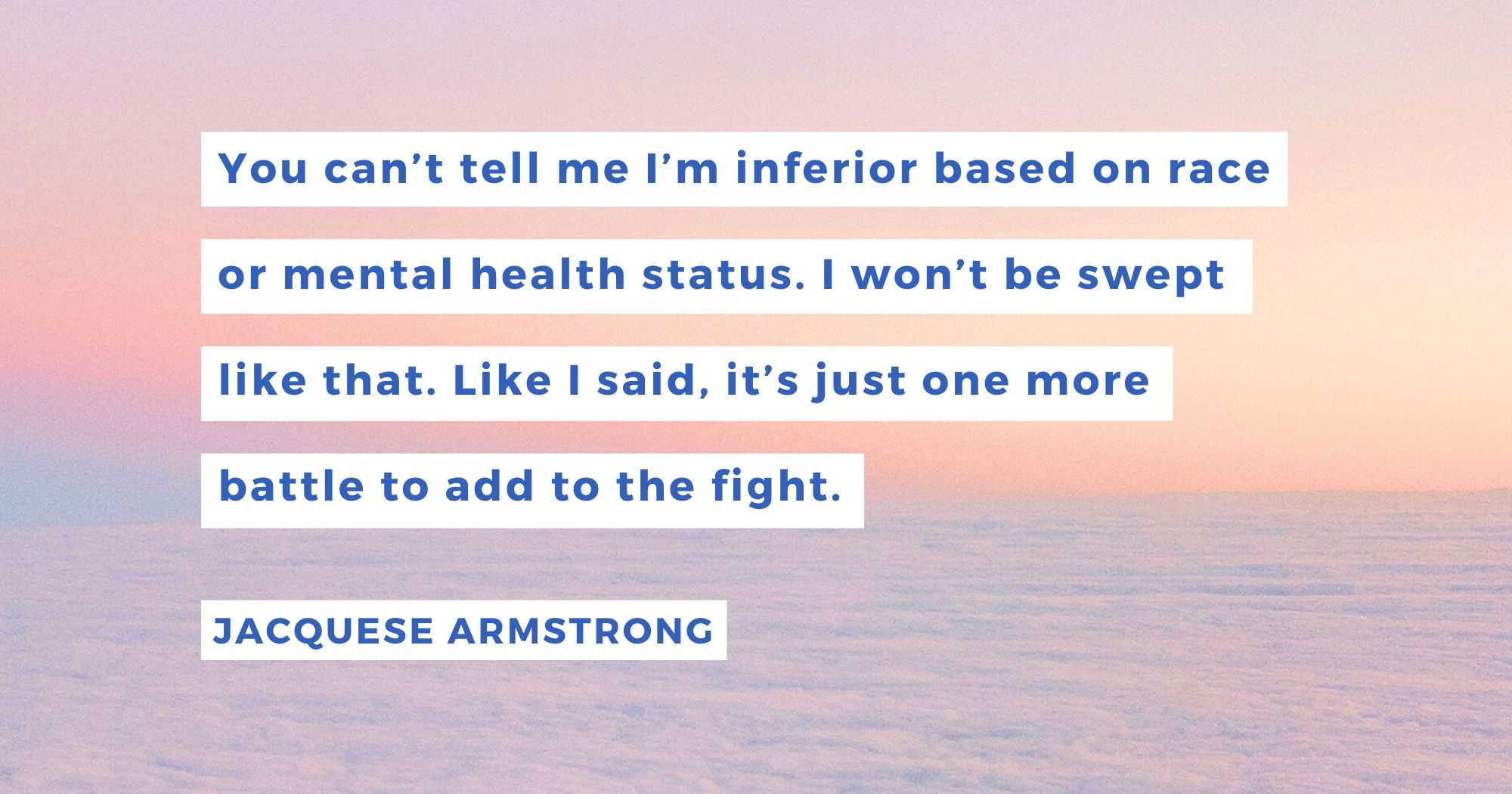 We’ve seen the cycle pass a couple of times, the younger set thinks they created it.

Some reach an apex later in life. These are the people who have more to offer. These are the ones with thoroughness of thought in their pursuits. Personally, I hope I don’t reach that apex until I draw my last breath.

Okay, I have a thought disorder and I’m middle-aged (not a self-imposed description). But I do have a thought disorder that manifests itself in psychotic and delusional thinking patterns at times. And so, it is diagnosed with that god-awful term, schizophrenia. Well, I’ve outgrown the terminology and the world’s self-righteous iron-cast judgments. I decided to grow weary of that. 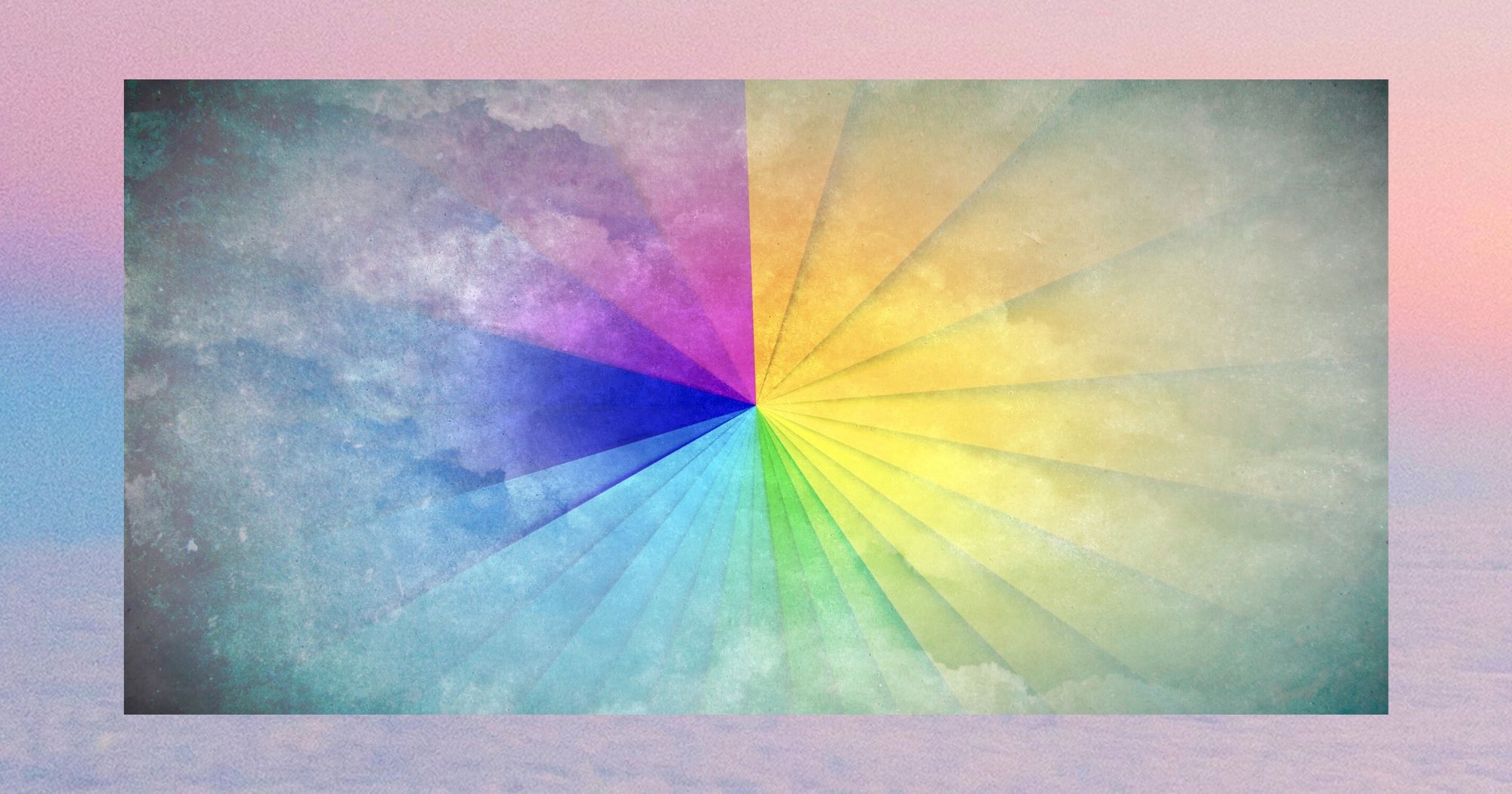 I decided to grow weary of the fact that the diagnosis word schizophrenia is the brunt of most mental illness jokes. The supposed cause for all mass murders. And, the fact that no one really understands what the symptoms are. They think its a multiple personality disorder. Well, I decided to put them in check as well.

I have a rainbow mind on a color induced journey that never ends. What more could you ask for?

Jacquese Armstrong is a self-proclaimed poet/writer/speaker who works as a coordinator of an expressive arts program for a mental health non-profit. She hates playing games, but finds that she must be generically social Jacquese to survive in the outer realm of reality; what others call “the norm.” She’s won a few awards, including the 2019 Naomi Long Madgett Poetry Award and authored two books of poetry: Blues Legacy (2019) and Dance of the Shadows (2017). You can find her work in various journals like For Harriet, midnight & indigo, and Ourselves Black.

Ananya Sahoo, a young woman from India, tried to suppress depression and place the intense grief from losses in a box; but theses boxes always open.