A Kenyan Man’s Journey with Schizophrenia, Medication, and Therapy 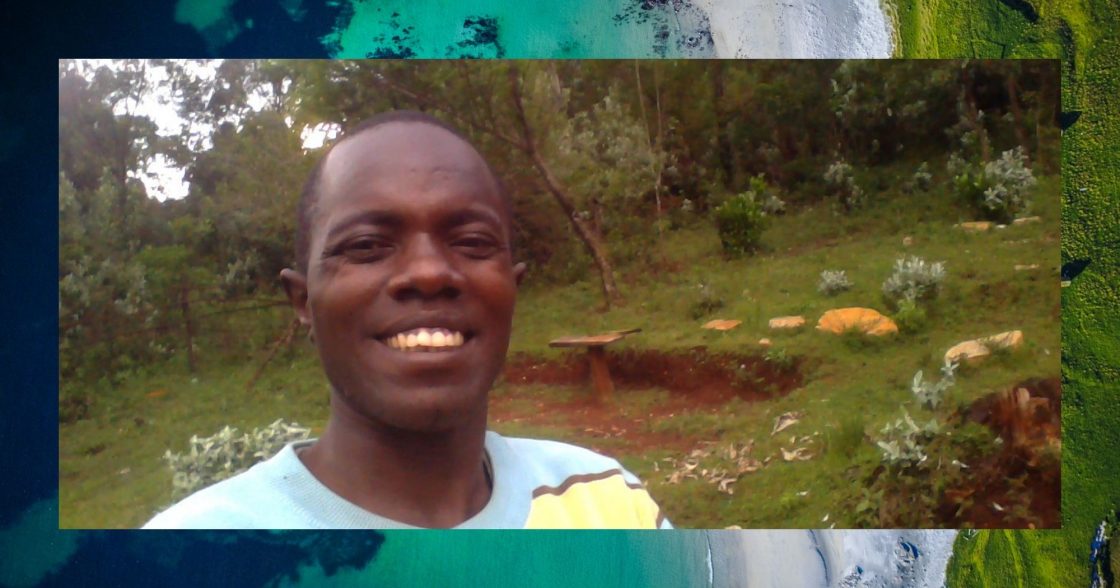 Fresh from a Kenyan village, I am twenty-three years old and bursting with energy. It is Monday, January 10, 2010; I am in Mombasa University in our coastal city of Mombasa, to pursue a diploma in tourism management where I meet all sorts of characters, both good and bad.

I had a friend—a friend?—who was a regular drug user; he found it psychologically rewarding. He advised me that weed was way cheaper than beer for students like us to get high without necessarily breaking a bank.

That evening we purchased a joint from the vendors who lurked around the college fence. Although the drug is illegal in Kenya, it is readily available, thus, many people were busy smoking in their cars and along the fence. The first puff, then the second, I started seeing blue. 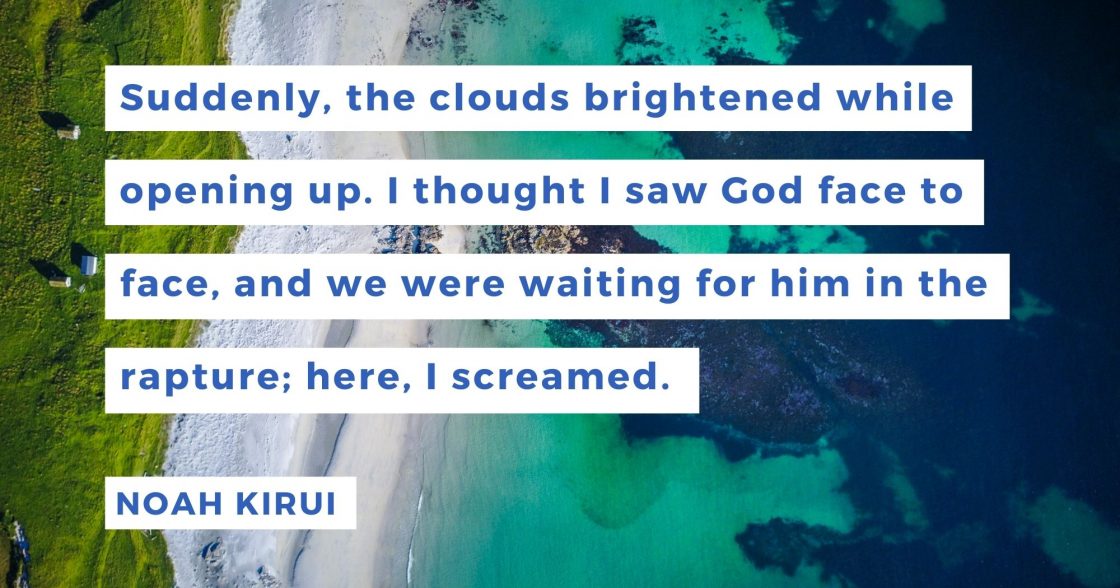 The world suddenly changed. It was 4:00 PM, and the predominantly Muslim city coincided with the local Imam saying his evening prayers which you could hear from the loudspeakers mounted on its minaret. Suddenly, the clouds brightened while opening up. I thought I saw God face to face, and we were waiting for him in the rapture; here, I screamed.

My Muslim friend later told me that he took me inside the college because we were just smoking along the fence. In the college dispensary, I was given a sedative and taken to sleep in my room located in the college hostels.

The joint might have been laced with other things, or, maybe because occasional mental illness runs through our family—my father and sister were once affected by psychosis—as a result, the drug might have triggered some cells in my brain. But one thing for sure, after consuming it, my outlook on things was not the same again.

One day, I called home and rudely demanded money. I even told my Christian parents that I was in a club, smoking weed, and drinking alcohol. The next day, my brother, who lived with my parents, called and told me to go back home, some 1000KM away, because, as he told me with a firm voice, I was sick. 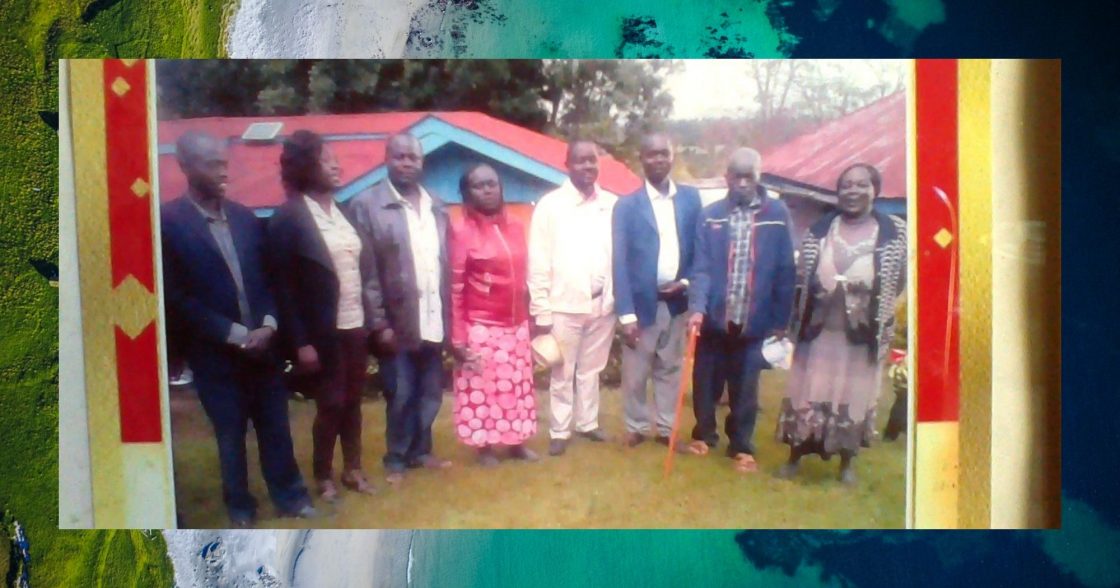 During the twelve-hour bus journey from the coast to inland Kenya, I kept blasting my co-passenger, an old man with questions about his family and suggestions of how I could change his life forever. As we were alighting in Nairobi, I even gave him my phone contact to call me. But he never called.

I then made a stop-over in Nairobi at my brother’s house who was waiting for me. He asked me what was wrong with me, but I could only answer that I just seemed to be out-of-control. 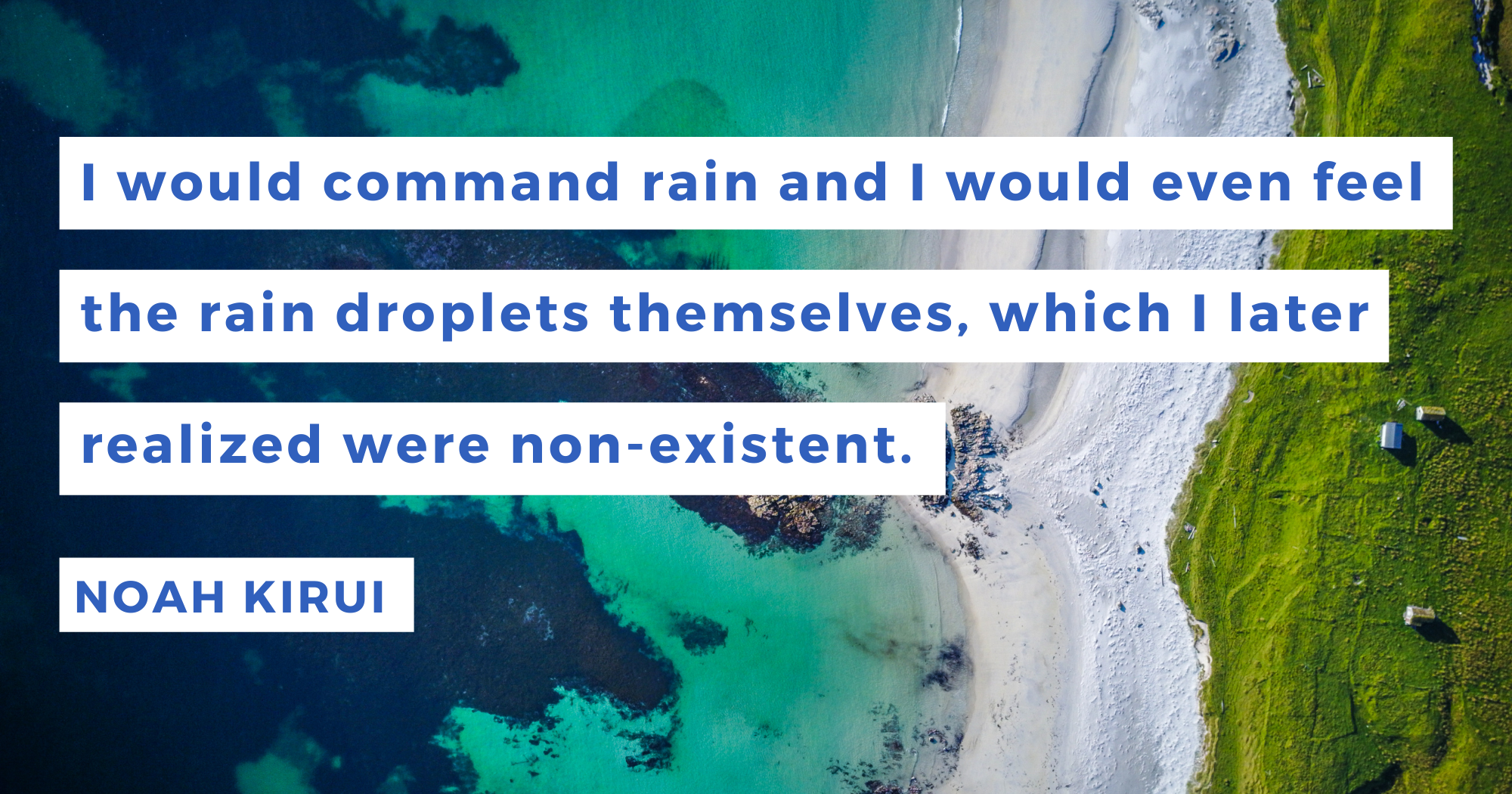 One evening, he came and was surprised to find that I had not cooked dinner. When he asked why, I answered rudely. He became angry and removed a chicken knife and tried to stab me. My eldest brother, who was staying with him swiftly intervened. After that, my brothers realized that all was not well with their younger brother. I stopped using the drug since I came to Nairobi, nor did I ever use it again, however, I could drink a lot of water and talk incoherently.

I would even tell my sister: “See? I can move that mountain! Do you know it’s possible?” And I was very serious about it. I even thought I was a son of God, and sometimes I would think that my aging father was God himself. I would command rain and I would even feel the rain droplets themselves, which I later realized were non-existent.

One day I was given a checked shirt. When I put it on, I thought it crawled with huge caterpillars, which are known to be poisonous. I screamed and removed the shirt very fast. The insects were so real to me. But, remember, they weren’t actually there, as I was told some years later.

Another day I tried to cut a cross into my arm with a needle. The following day it was so painful that it got me thinking, what is this? Why can’t I magically heal it? Am I not powerful, the son of God? At night, I would hallucinate. I would imagine that I was sleeping in a mortuary and that I was long dead, dead for a thousand years. I could even smell death.

For the following week, I was paranoid. I could not allow someone to lock the door after them, as I thought they will lock me in the room for eternity. 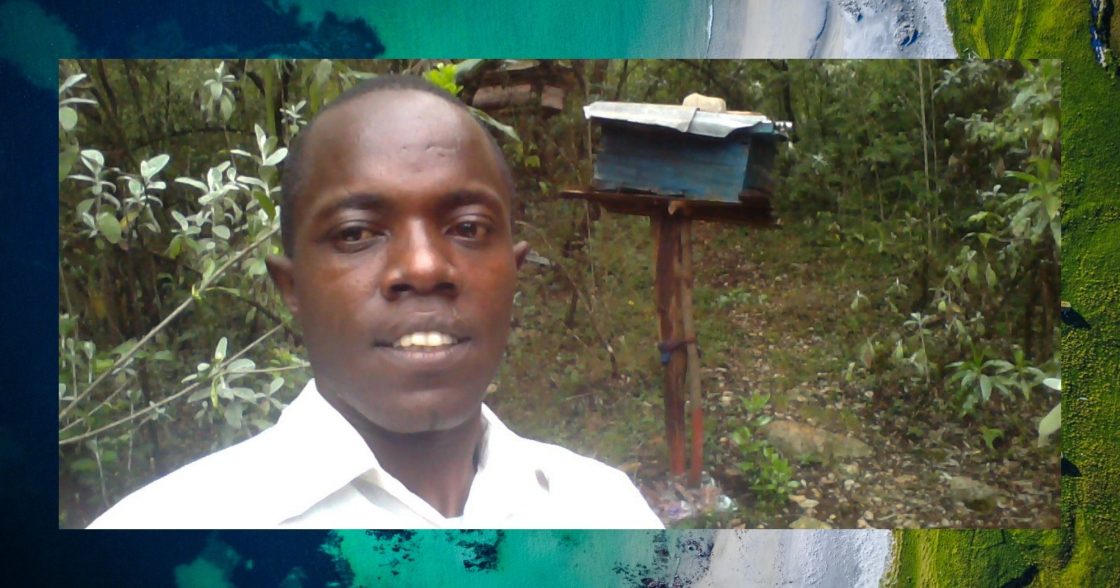 We had to go to the Kaplong Mission Hospital, which is 100KM away, to see the only psychiatrist in that region. My mother, brother, and I would board a public vehicle in the morning. When moving, it would seem to me that the vehicle was very heavy, full of dead people.

In my province, mental health is treated with stigma. Most people believe that you have been bewitched or that you have done something very evil in secrecy, so most people turn to religion or witch doctors for help with mental health problems. So, naturally, I became a social outcast. Therefore, I lost all of my friends.

As most people view the illness as a curse, they turn to local traditional healers who are not trained in recognizing different types of mental illnesses and are quick to believe that an evil spirit is ingrained inside you. So, the visit to the healer will secure you with whips, as the spirit must be caned out of your body. 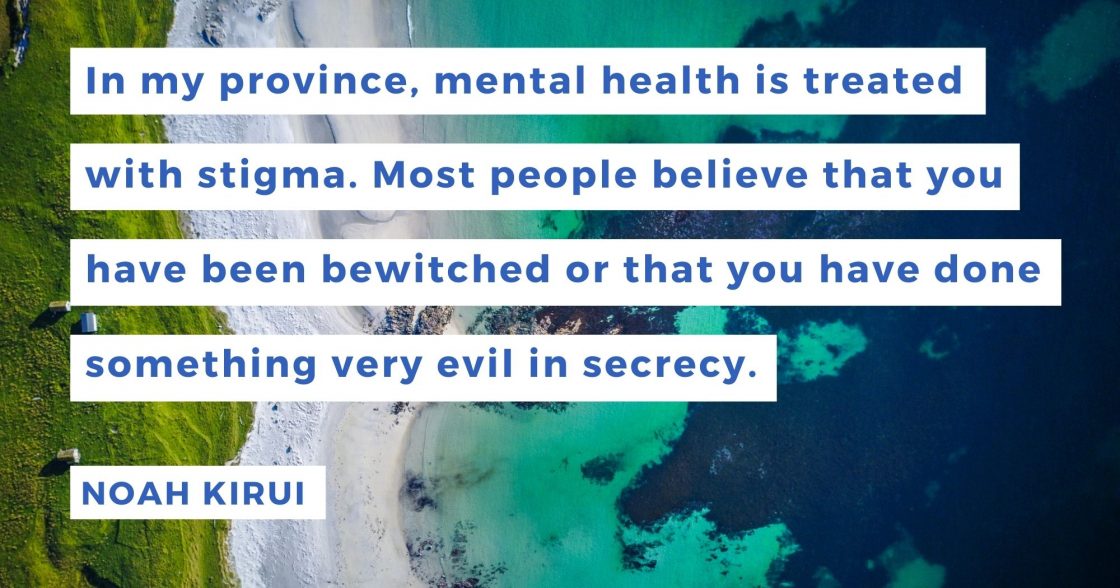 The diagnosis will range from spirit possession to witchcraft. So, they use a mirror—spiritual imaging. While others consult with the spirits, others beat a drum to get revelation, and then the patient is given herbs to drink and to bathe in them.

Afterwards, the witch doctor moves to the patient’s home to remove some items in the compound which the healer claims to have been used to bewitch the patient. They claim that their powers were inherited from their parents who were witch doctors, and after the job, they must be paid in terms of cows and sheep.

​But, I came to later consider these traditional measures as semi-barbaric, as considered by my mother who resisted pressures from my aunts for us to visit a traditional healer. She told them that my father and sister who were once affected by mental illnesses were healed by modern medicine, so we will follow the same route.

In the hospital, I would think that the people were long dead and were just resurrected and that in the maternity wing, they will not give birth naturally but only that a lump of frozen meat has come to life, which must be taken home. 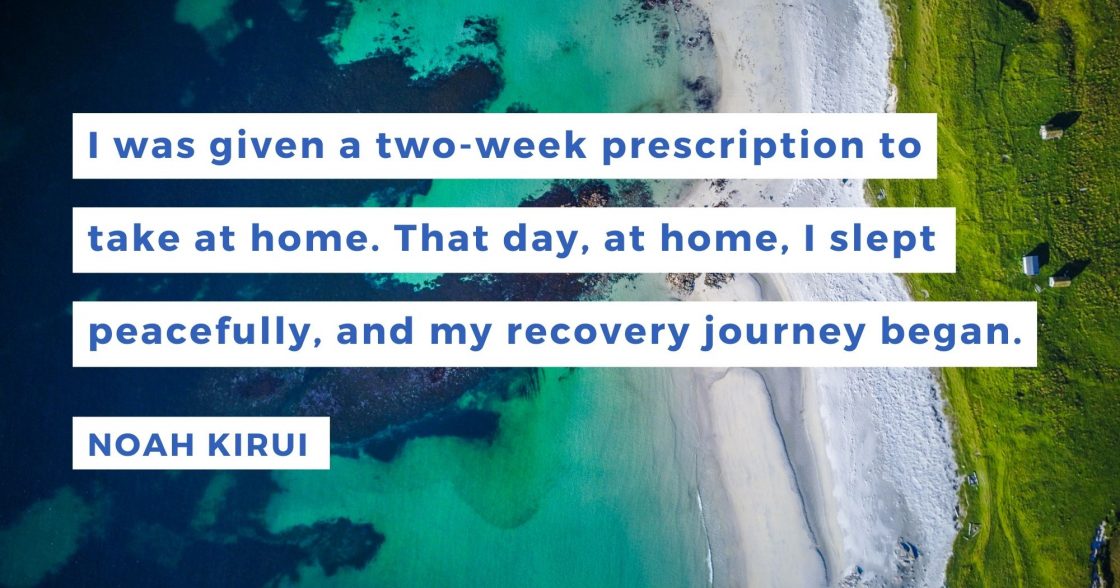 I met the only psychiatrist in the hospital and I answered all of the therapist’s questions. Afterwards, he tried to give me pills to swallow, but I told him no. I preferred injections since I thought the pills were just sleep-inducing like the ones I was given a month ago at college, and thus would not improve my condition. Afterwards, I was given a two-week prescription to take at home. That day, at home, I slept peacefully, and my recovery journey began.

I would relapse to insomnia at night, and during the day, I experienced anxiety and the general heavy dark clouds hanging about me, but my family saw that the medication and the therapy were working, so an appointment would be booked with the doctor immediately. Most importantly, since I left Mombasa, I stopped using marijuana, and I don’t recommend someone to start using it. 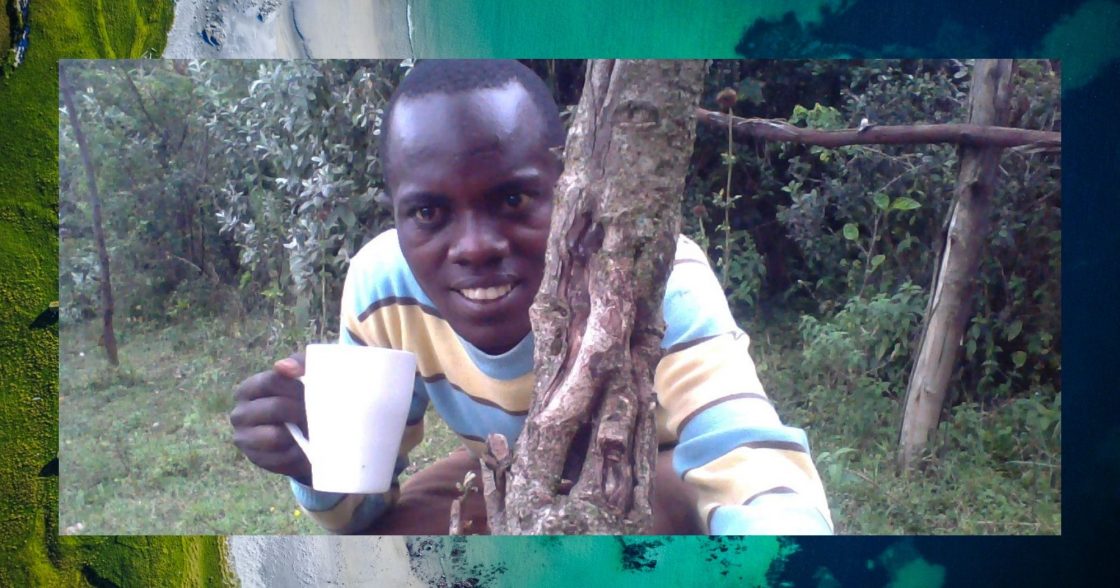 Nowadays, when I see a mad person do some juggling tricks or crack some dry jokes, I find it not funny. I don’t laugh at all as most people do in this semi-arid village of Longisa. Schizophrenia is a disease that I hope will be rid of soon, and hope that it doesn’t happen to a new person.

Fortunately, for me, my doctor wrote a letter that I was supposed to take back to my college. It said that his patient has recovered back his calm disposition and obedience. I know that, if I had come from a poor family or a family that was unenlightened about mental health problems, I might have been taken to a witch doctor, and maybe I would still be insane and would not have written this story, as, according to my knowledge, the therapy and the medication worked wonders. Most importantly, I hope one day to complete my diploma.

Noah Kirui is a literary enthusiast who lives and works on his farm in Masai Mara, Kenya. The 32-year-old spends most of his time reading and writing articles about life in general. He enjoys apiculture, studying plants, and birdwatching during his free time. You can reach him on LinkedIn or Facebook; Noah Kirui for more.

David Thomas is a musician who lives with bipolar disorder. His first single, “Dear Me,” stems from an exercise assigned at a group therapy session.