The Religious Component of Psychosis 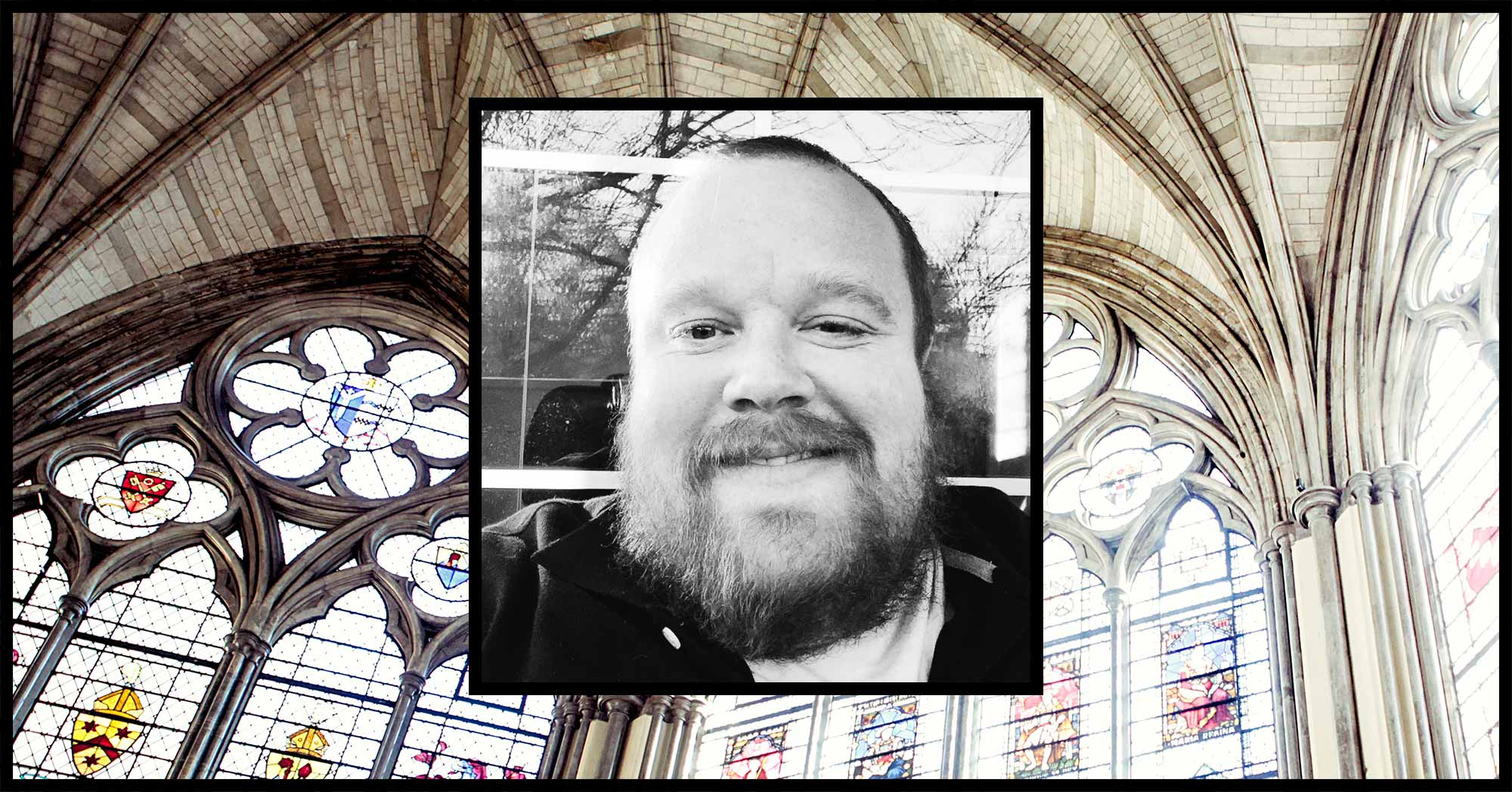 When I was deep in the midst of a psychotic break, I was convinced that I was a prophet sent from God to save society from its ills. Many people I’ve spoken to about schizophrenia experience similar beliefs. When psychosis hits, there is often a function of thinking that you have been ordained with supernatural authority. Some people think they are Jesus or God himself and many others are convinced that they hear the voice of God. It’s easy to see why religion seems to take such a central hold in times of psychosis. Psychosis, in and of itself, is a kind of supernatural experience. Religious texts are filled with myths, stories, and folklore about people who communicate with God. The symptoms themselves, which seem to suggest that there’s something otherworldly occurring, through either a perceived telepathy or delusions of grandeur, make it easy to conclude that you are connected to something divine.

Schizophrenia involves a break with reality, introducing thought processes that don’t seem to exist in any “normal” person, and it creates experiences that suggest there’s something occurring that is outside the purview of daily life. When you have schizophrenia, you exist in a fog. In this fog, you experience situations that may be construed as pure coincidence to anyone rational but, to the person operating under the veil of delusion, seems to hint at something much greater. It’s as if divine workings are taking place right before your eyes. You believe that these things are happening because of karma or because God placed them before you at just the right time and place. You start to see everyday occurrences for the magic that they are. 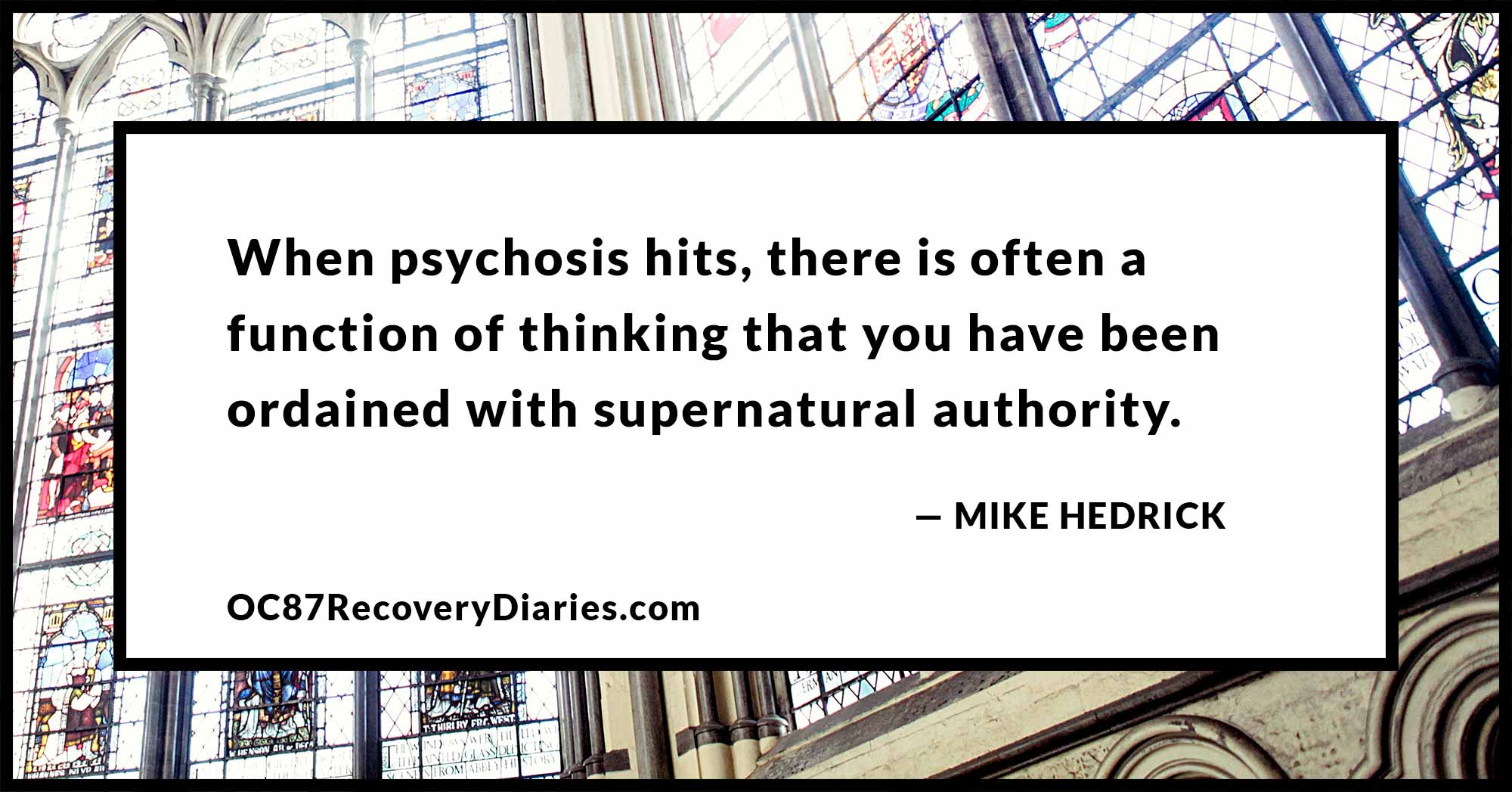 For example, think about the regulars at a coffee shop; those people who arrive every day at the same time. They get the same drink, they sit and converse with each other. It seems simple, regular, and boring, but each of these people had to decide consciously to come to the same place at the same time and then they had to decide to interact with each other. There exists a small community of these same people who see the same faces everyday despite the overwhelming other number of things they could have done and, to someone with schizophrenia, that alone seems like a kind of miracle. It’s easy to see the weird depth of these things when your mind is buzzing from connections and racing from one notion to another. It’s magical, it’s pre-ordained. It’s not an ordinary morning at Starbucks: it’s a religious experience.

Aside from the magic of everyday occurrences, there is also no shortage of myths and stories throughout the millennia of people interacting with some divine power. Take Jesus or Abraham or Moses, who all spoke to God regularly, and who were tested by their faith to do things they wouldn’t normally have done. The notion of divine communication exists everywhere, from the Talmud to Greek literature to Native American folklore. With this prevalent foundation, it’s easy to construe the thoughts in your head or the secret messages you receive from the media as some sort of divine intervention, thus assigning you as some sort of prophet or shaman who can read the mystical occurrences of the universe. You believe that God chose you to receive these messages and that, in turn, makes you special. That’s the spark for delusions of grandeur. If God chose you, you must be pretty important. Now you know why being diagnosed and medicated and seeing the real truth can be so heartbreaking for so many. You truly believe, in your heart, that you’ve been ordained with some supernatural powers, abilities, or gifts, and it turns out you’re just crazy. This harsh realization can be a contributing factor to suicide for individuals coming out of psychosis, and this reorientation to reality must be treated carefully and with great sensitivity. 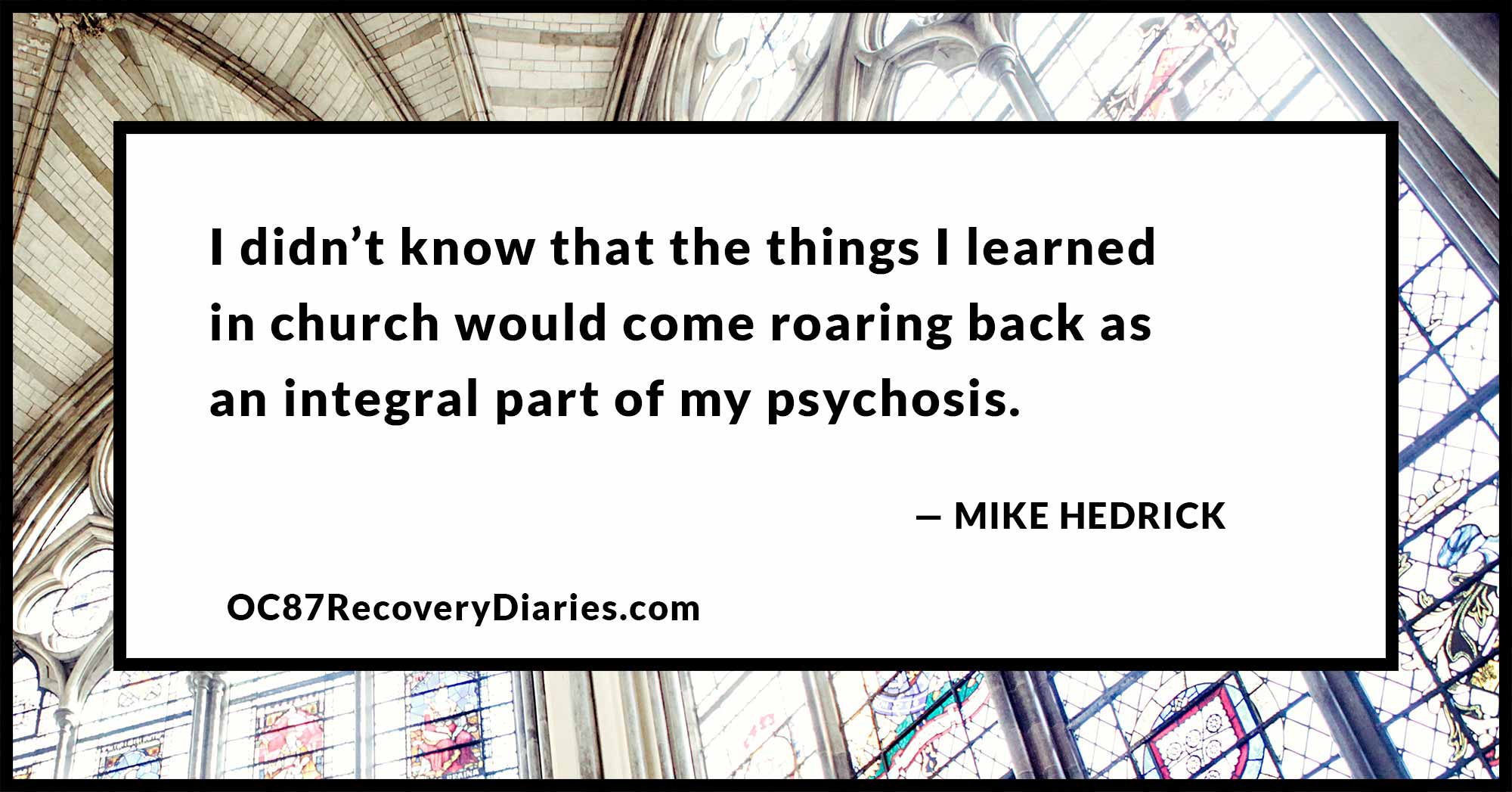 I grew up in the Presbyterian Church. I attended church almost every Sunday with my parents and went to Sunday school, then youth group, then high school ministries. I think that religious education was valuable for me as a young person; it gave me something to believe in and kept me from straying too far in a wayward direction. Church was an important thing in our family, though I eschewed those lessons in college as I got more into drugs and partying. I didn’t know that the things I learned in church would come roaring back as an integral part of my psychosis.

In Sunday school, I learned about Abraham and Moses speaking to God and I always regarded that as miraculous. Ordinary people don’t have experiences like that. I learned about John the Baptist, who was sent to spread the “good word” of the coming Messiah. While I never felt an intense attachment to my religious upbringing, those stories stayed with me. I was moved by the idea of spreading good, benevolence, and kindness to my fellow man. I think those ideas formed the basis for my delusions in that it was my job as a prophet to bring peace and understanding to the world. Deep down I was convinced that I had the solution to society’s ills and I thought that society had recognized that. It was a surprise to me that the world wasn’t more accommodating to me: the prophet that had been sent to spread the good word, but I just resigned myself to the idea that I’d have to work for the rest of my life to bring about this change, just as Jesus did. It didn’t occur to me until much later that the prophet delusion is common among people in my situation; those who had upbringings similar to mine, and those who did not. 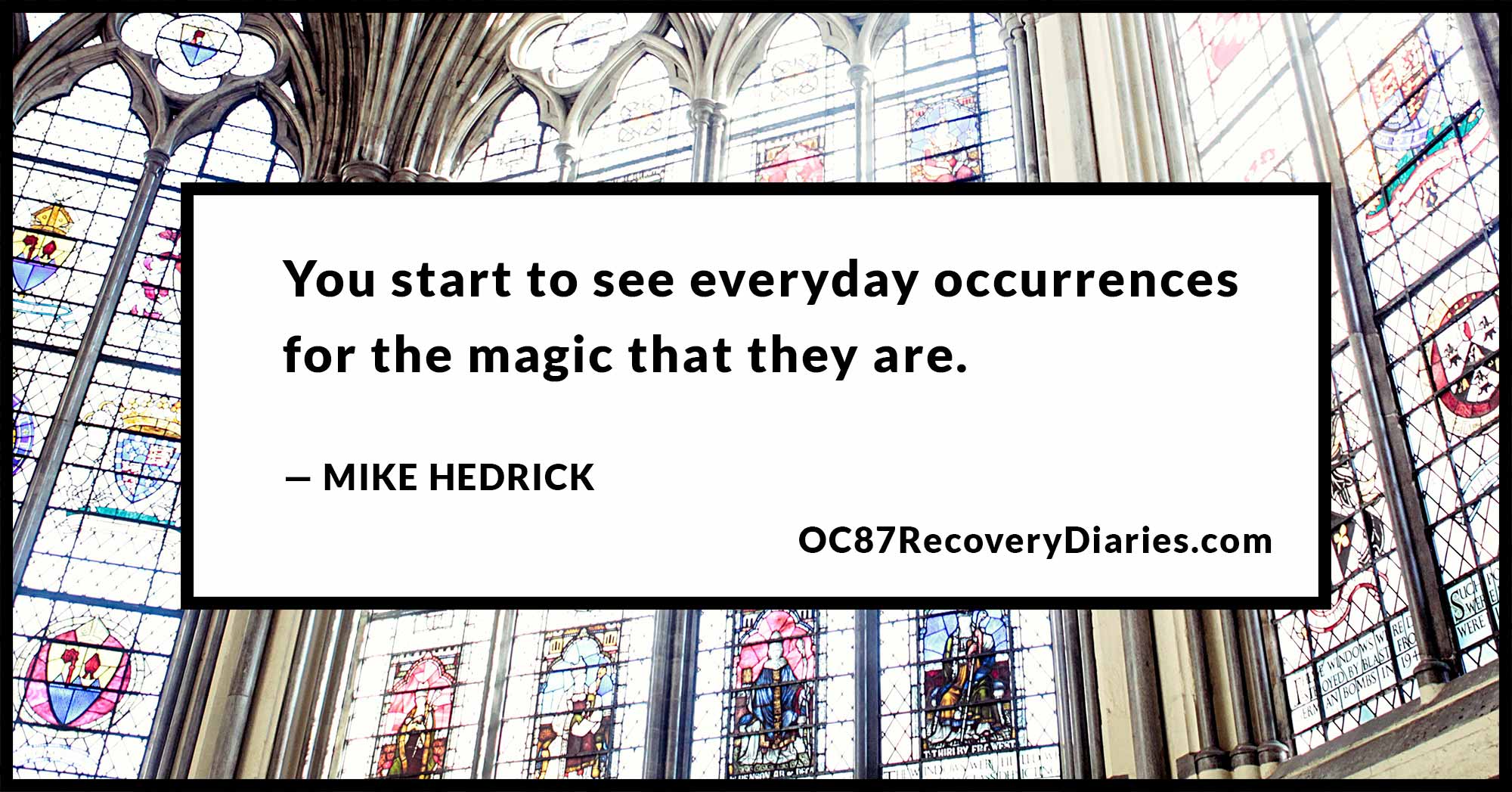 I still want to believe, somewhere deep down, there’s some magic in the universe and that the second coming of Jesus (if that has any basis in reality) isn’t just going to be chalked up to mental illness. I don’t know. For me, religion is so interconnected with the experience of being mentally ill that it’s easy to see how someone can think they are prophet. If it’s not myths, or the symptoms themselves, it’s a function of the fog of finding yourself in the midst of things that aren’t easy to comprehend. Either way, I don’t know exactly how mysticism works but it’s probably not a function of mental illness. Even if there is something to the stories of prophets in religious texts, and they aren’t just crazy, mental illness is a very real and definable thing whereas religion relies purely on faith.