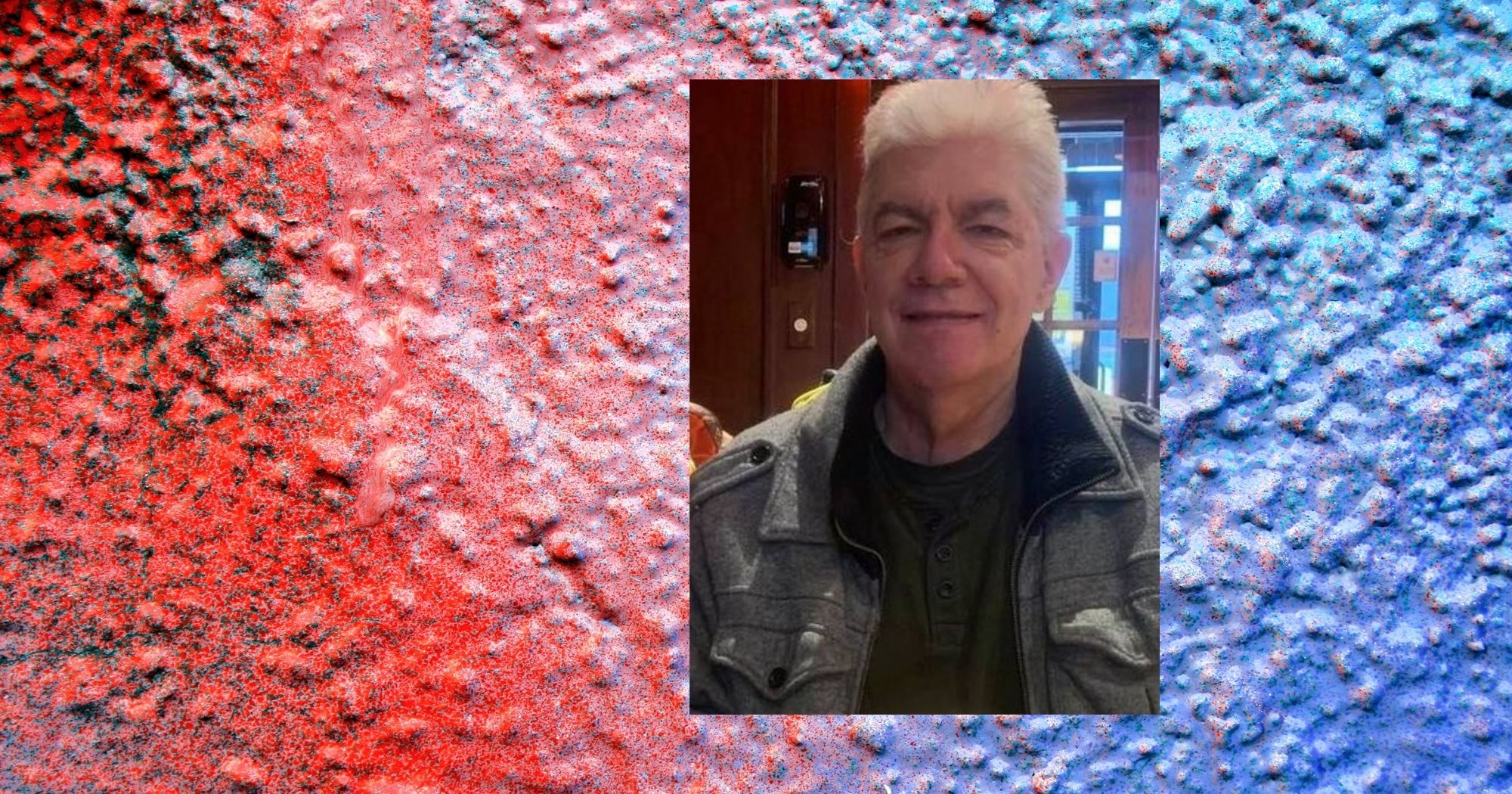 ​After a sudden, crushing depression, I discovered, by fate I will forever believe, a person that would provide guidance, sincere caring, and a unique connection that would help shape my life for thirty years. That person was a psychotherapist. Yes, a deft provider of that personal, one-on-one relationship that fosters, ideally, an atmosphere of sharing innermost thoughts and emotions and of facing roadblocks in the aim for clarity and happiness.

Finding such a person, of course, can be difficult and the right connection is always vital to success. Many try therapy with one or more professionals before giving up, frustrated that the give-and-take necessary for enlightenment is lacking. I was fortunate to enjoy a most unique and rewarding experience. I found a lifelong therapeutic partner, merely by chance. 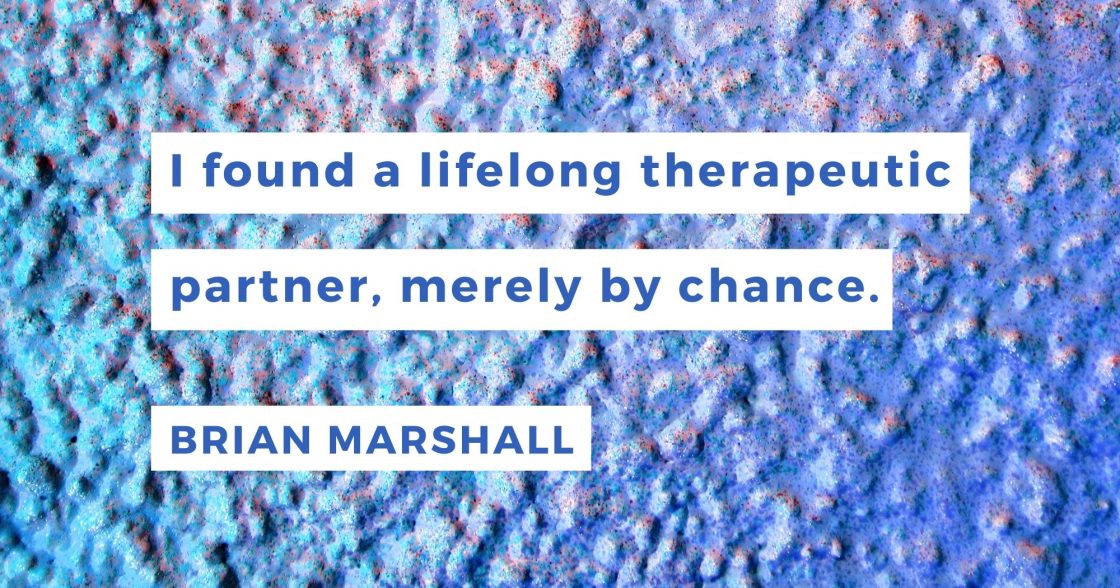 After a brief bout of depression upon graduating from high school, I had gone five years “in remission” from any sort of depression as I thoroughly enjoyed college and three years of being welcomed into a wonderful group of co-workers and friends in Texas. I am sure now that my bipolar disorder was simply taking time off. I was not on medication, not seeing a therapist and enjoying life.

I am also sure that my relapse was triggered by situational factors. I gave up a job I loved, sports-writing, because my girlfriend lived two hours away. I took a job selling furniture, which I loathed every morning as I tied my ridiculous tie.

I became engaged to Stacey after a year. When I realized that Texans, because of pride and a love of their wonderful state, rarely leave Texas, reality hit. I was and am very close to my family, who reside many states away in Michigan. I would only see them on occasion the rest of my days if I dove into my new life in the South.

Those two factors, selling out professionally and forgoing the wealth of happiness forged over a lifetime, resulted in a deep depression and a hospital stay. I quickly had a moment of clarity. I had to go home. Stacey and I didn’t break up. I was ill and was only going to get better surrounded by family. She understood and stayed by my side.

I called my father, my hero always, and told him that I needed to come home. An immediate sense of relief followed when he replied, “OK, when do you want me to come?”

My father flew to Texas ASAP. We were to drive 24 hours to Michigan. We did so in two days and nary a word was said. My father was the strong type who kept his emotions in check. I felt safe and secure sitting next to him, but feelings of embarrassment, failure and fear kept me from discussing my feelings. 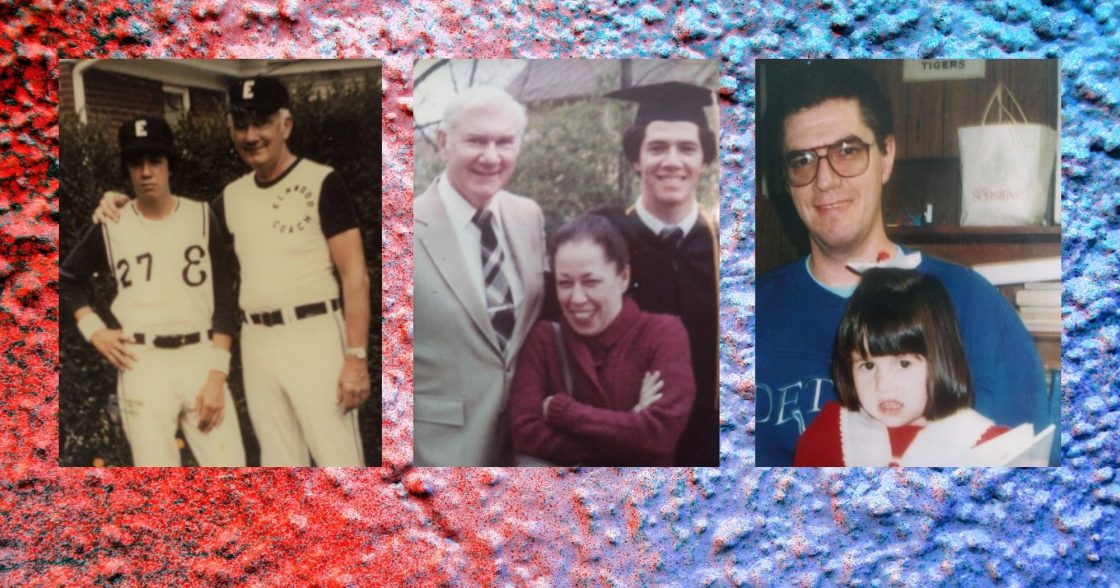 Once back in the bedroom in which I grew up, I wallowed in anguish, totally withdrawn from people and the world. No direction, no motivation and way too much restless sleep.

Then came my introduction to Claire Allen.

My father was a police officer. Not one of the macho, “look I’ve got a gun” cops, but one who cared about people and often was utilized in domestic strife situations. My friends loved him. He was big on humor, but didn’t reveal his emotions. 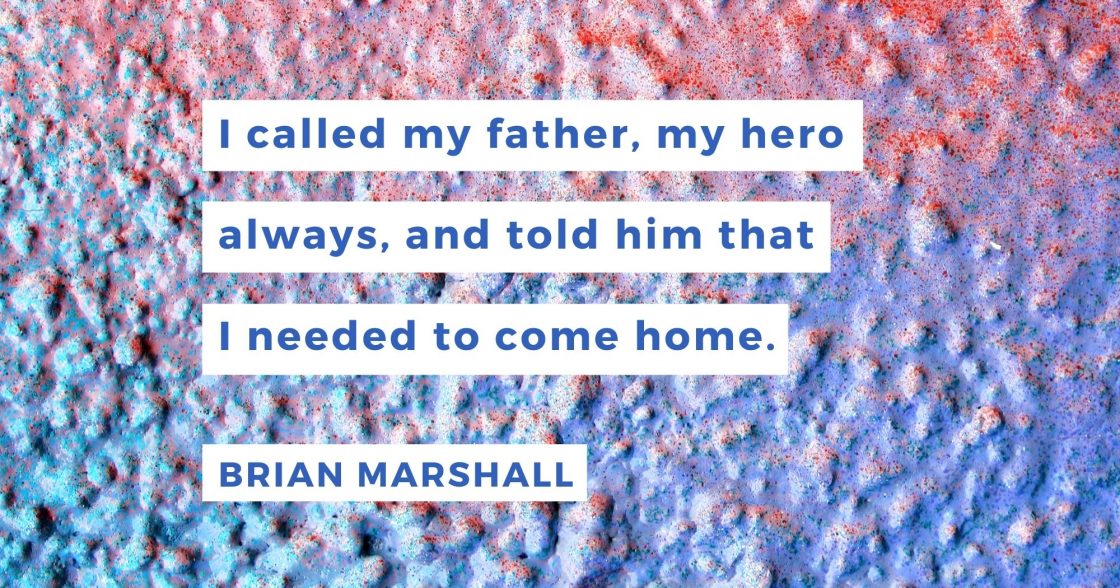 He held jobs on the side. He was painting the home of a woman when he noticed a steady stream of bike-riding youngsters dropping by, spending a spell inside, than pedaling away.

With his troubled son at home, my father built up the courage to ask his client about the kids and she told him that she was a psychotherapist that worked with the kids at the behest of their parents. My father explained that his son was very depressed and asked whether she would see him.

“Of course. Just have him call and we’ll set up a meeting,” Ms. Allen said.

My father told me, years later, that asking for help was one of the most difficult conversations he’d ever had. There was little to draw upon as mental illness appeared to have skipped a generation. My maternal grandfather was described as a nice but brooding man who often stayed up late alone painting. A link? Perhaps.

Agreeing to go to therapy, I soon discovered that this woman had a spirit and positive aura that awakened me, albeit slowly. I returned weekly and while there were some quiet sessions, I was able to get to a place where I could truly begin to address the real issues and emotions that had rendered me emotionally frozen. 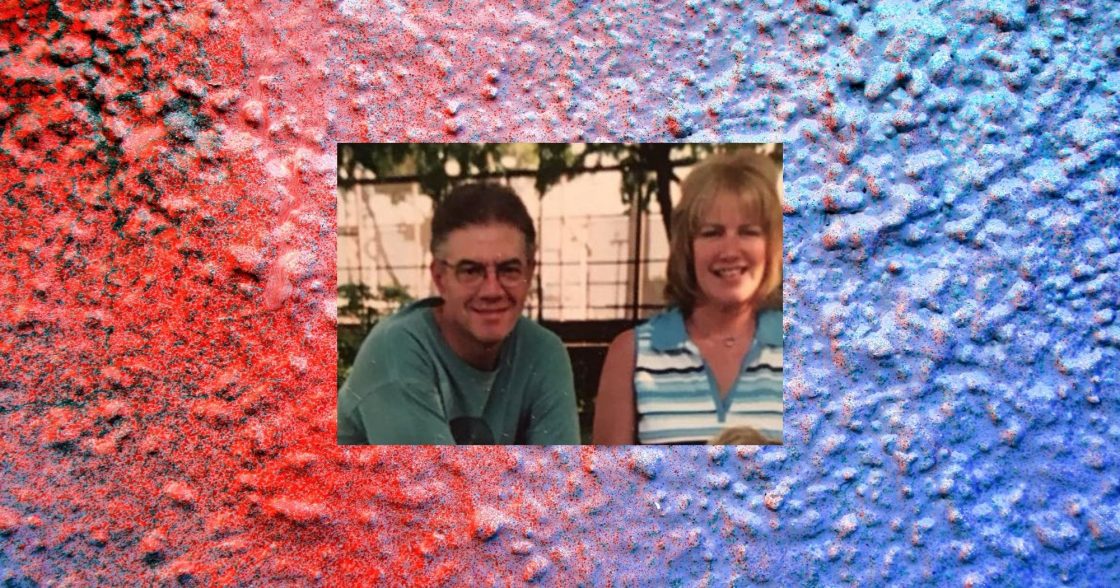 Claire Allen, a heavily educated psychologist, had been helping clients find healing, direction and hope for many years. She moved from a busy office setting to hold sessions from her home in a tree-lined cozy area in Michigan.

What would proceed over the next thirty years would be an incredible journey of self-inspection, learned coping techniques and unearthing confidence and self-esteem that had been whittled away by my own perceived failings.

It got to the point where Ms. Allen could read my face as I entered the room. “What’s happened?” or “glad to see you’re feeling better.” I’d plunk into a chair and we’d go to work. 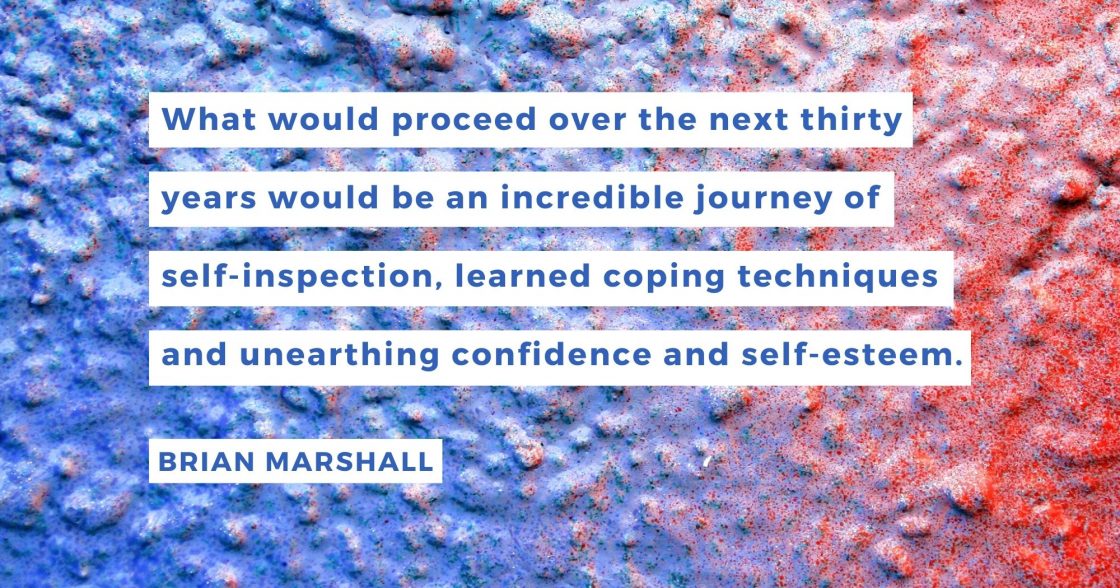 Oh, the usual things: family, job, my current state of mind. She would offer instant recognition to whatever plight may have emerged, able to cut through pretense because of our unique chemistry.

She helped me stop agonizing over what others thought of me; instead, she reminded me of the many people in my life who respected and loved me. We role played, we examined “what-if” scenarios and I learned to avoid harmful triggers.

​Mostly, though, it was those 45 minutes (that seemed like 10) in which our growing therapist/client relationship blossomed. There were a handful of hospitalizations over the years when the chemicals flared and periods I didn’t know I could persevere.

Always, however, there was my trusted ally to steady the ship, slow me down and get me to dig deep. She showed me how the past shaped the present, but that the only thing that mattered was what I would do to make the future better. She had a database into my mind without needing a file.

Ms. Allen would meet some of my family members she knew so well as portrayed in our sessions. No one in my life went without examination. If they only knew! She attended some of my children’s milestones and was sought out by more than one family member during trying times. She called me her “No. 1 patient,” I’m not sure because I hung around so long, but I would like to think because we had collaborated on such a challenging and rewarding journey.

Ms. Allen semi-retired when I was in my mid-50s. This would have been about 8 years ago, but she still—well into her 90s—takes calls from a thick catalogue of clients and friends. 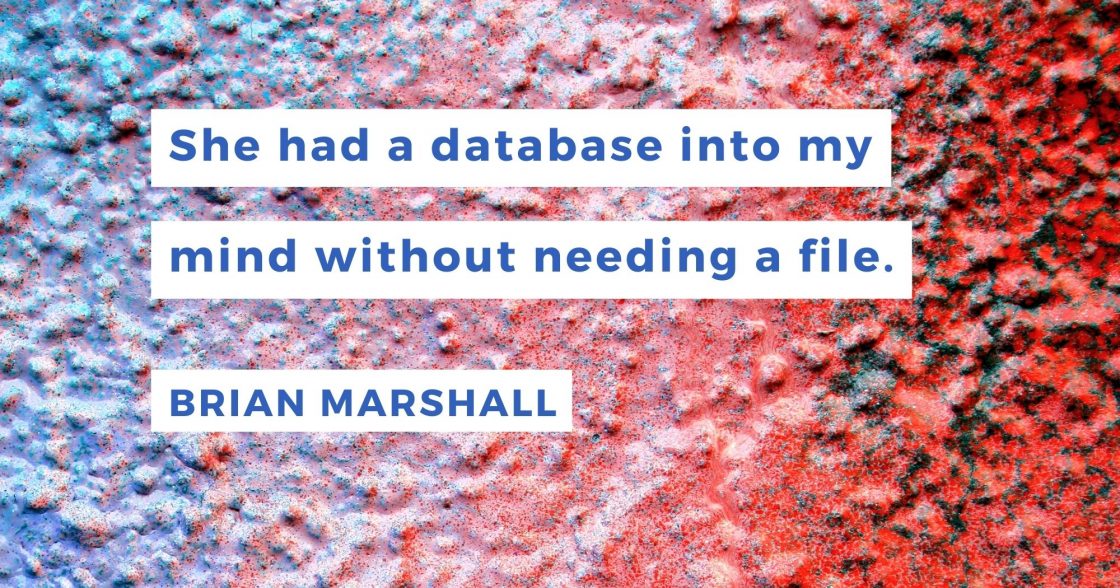 It had been a couple of years since I recently checked in with her. I was going through a rough time and felt the need to reach out. In a 5-minute conversation, she gave me orders that I had heard often through the years.

And so I did, thanking her for being there for me through all of my life’s trials and joys. For forming a bond that to this day prompts me to ask “What would Claire say?” when I am met with the latest of life’s challenges.

And I wrote this. I hope it inspires others to at least consider finding help when strife is ripe.

Brian Marshall was a reporter for daily newspapers for 25 years. A Michigan native, he has been freelancing for the past 10 years on subjects from animals to mental health. He enjoys (perhaps foolishly) following the Detroit Tigers and the Detroit Lions and spending time with his grown children. He hopes this essay will encourage others to seek help when challenges seem overwhelming. You may search for him on Facebook, or reach out to him via email at bmarshall20201@yahoo.com.