How do you Recover from OCD and an Addiction to Self-Hatred? - OC87 Recovery Diaries 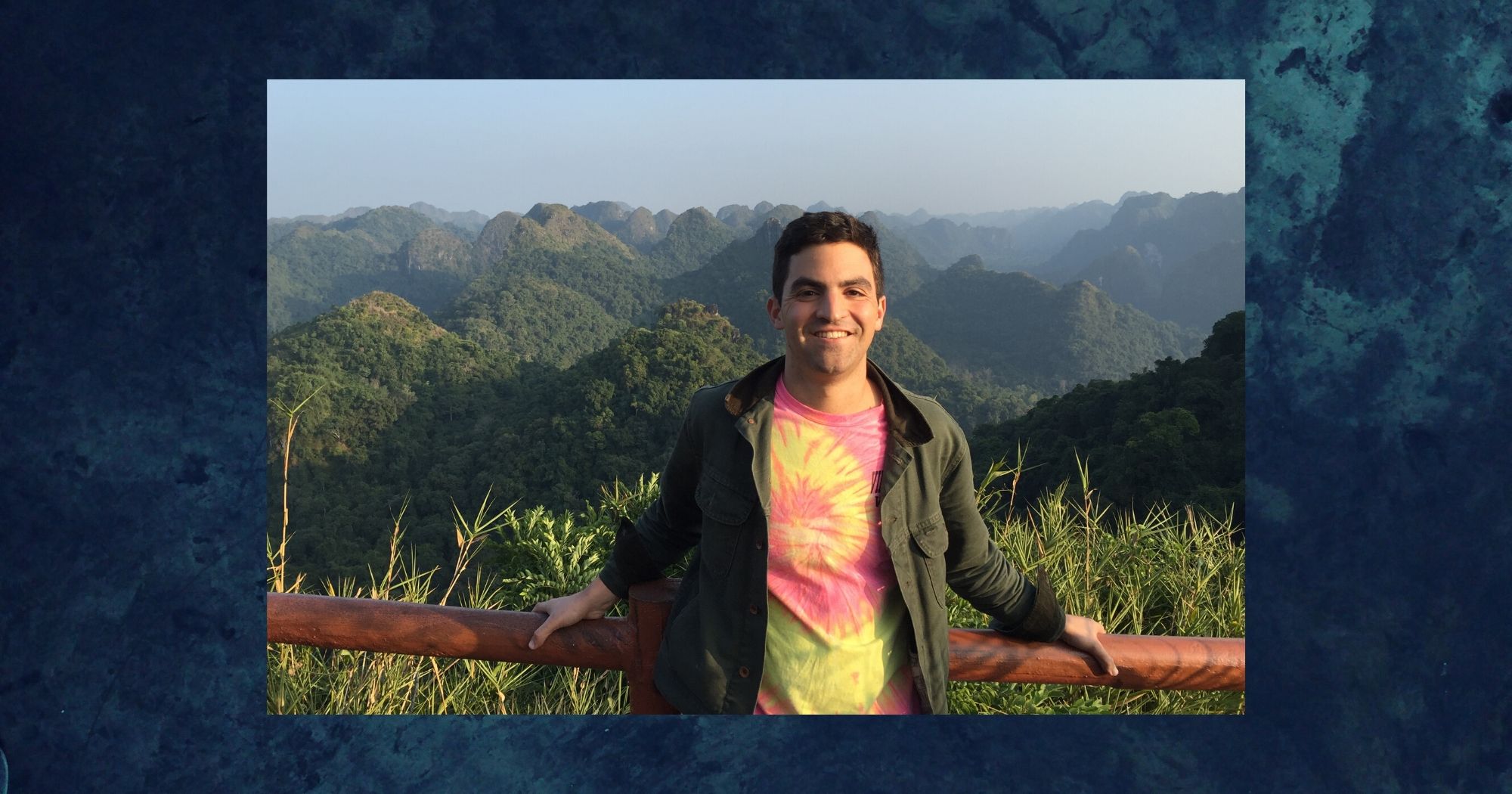 How do you Recover from OCD and an Addiction to Self-Hatred?

My name is Harris and I am mentally ill.

I am recovering from my addiction to hating myself. I used anxiety, depression, panic, obsession, delusion, and hallucination to prevent myself from liking me. It took severe self-abuse and near complete disconnection from reality for me to truly kick the habit.

Anxiety was my gateway. It allowed me to avoid the chaos of my house. After a decade of unrelenting abuse and chaos, I gave up and turned to depression. My first major depressive episode occurred when I was twelve. I swung back and forth from anxiety to depression for the rest of my teenage years.

At some point, the panic attacks started. I was 19 or 20 the first time I went to the hospital for a panic attack. There was a pain in my chest so severe that I struggled to breathe. I thought I was having a heart attack. I don’t recall what the doctors gave me as a diagnosis, if they gave one at all. I went back to my dorm that night and resumed life as if nothing had happened. 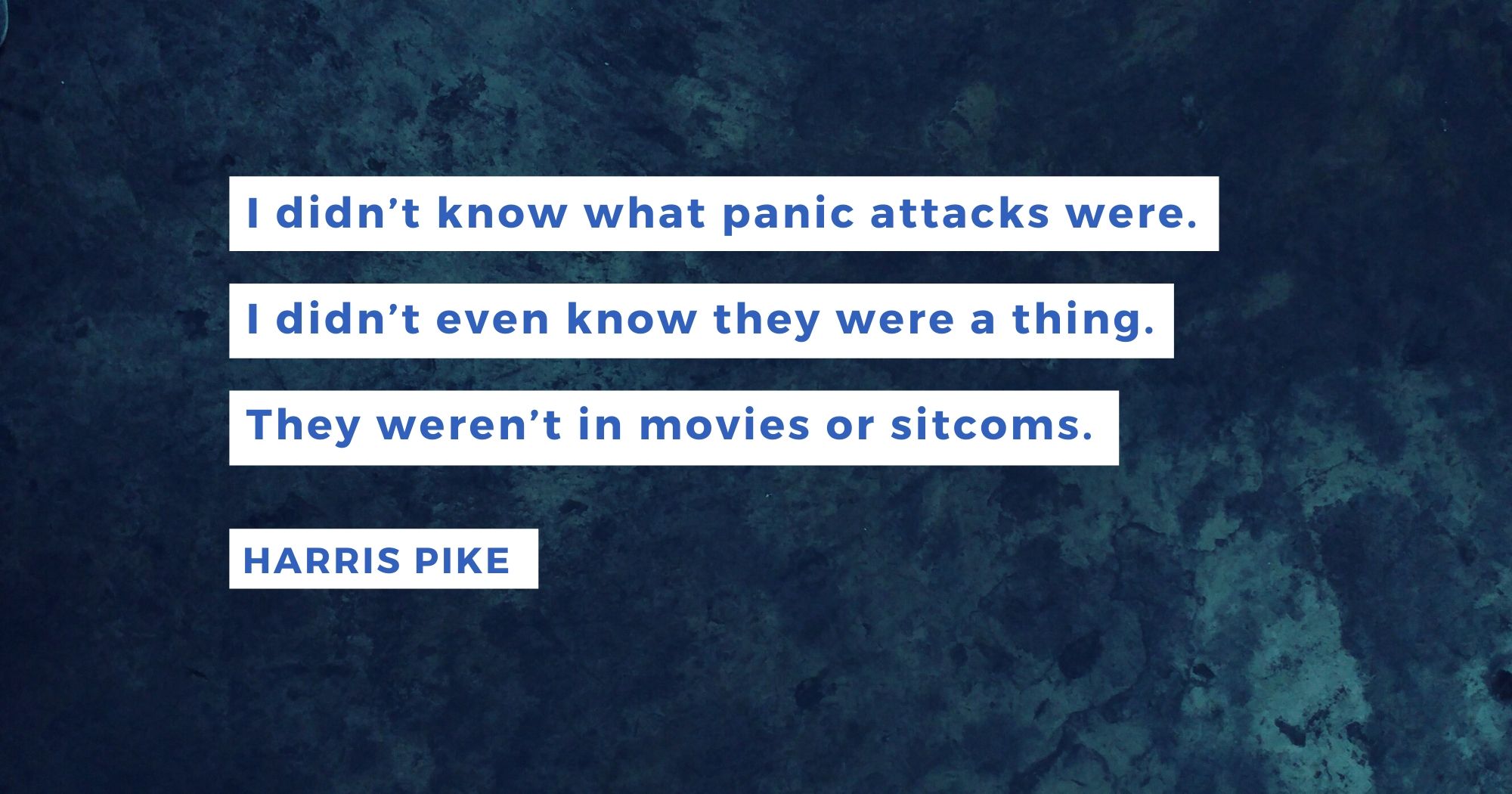 I didn’t know what panic attacks were. I didn’t even know they were a thing. They weren’t in movies or sitcoms. It wasn’t covered in health class. Did I miss the day we fed pills to a banana curled in a fetal position?

My anxiety and panic got worse after college. I grew up on Long Island in a culture where work was king. It took precedence over life. It’s not that one’s job defines them, it’s that there is no difference between job and self.

This is not an abnormal mindset in America. It is not something that will inherently cause or augment panic attacks. However, I had panic attacks at college parties where the biggest pressures were how much beer can I drink and how low is my bar for getting laid. Office life? My shit was so bad that, if my boss sneezed in my direction, I’d spend at least a month questioning if this meant he wanted me to die or that I needed to create a report on year over year tissue consumption.

I was ostensibly ‘getting help’. I saw a therapist. In fact, I began therapy before the first panic attack. Nobody told me that getting help meant I had to do work. I thought it meant bullshit some old woman about how great things are. Add that to the list of things I missed on the day I skipped health class to smoke weed and go to Dunkin’.

Psychedelics clued me in on my disorder. Not long after my third acid trip did I enter into a psychosis. I was twenty-three and had no psychological diagnosis. I knew that I was depressed, but in the way a fish knows it’s in water. I would later be diagnosed with bipolar disorder, but my present psychiatrist believes this was a misdiagnosis. 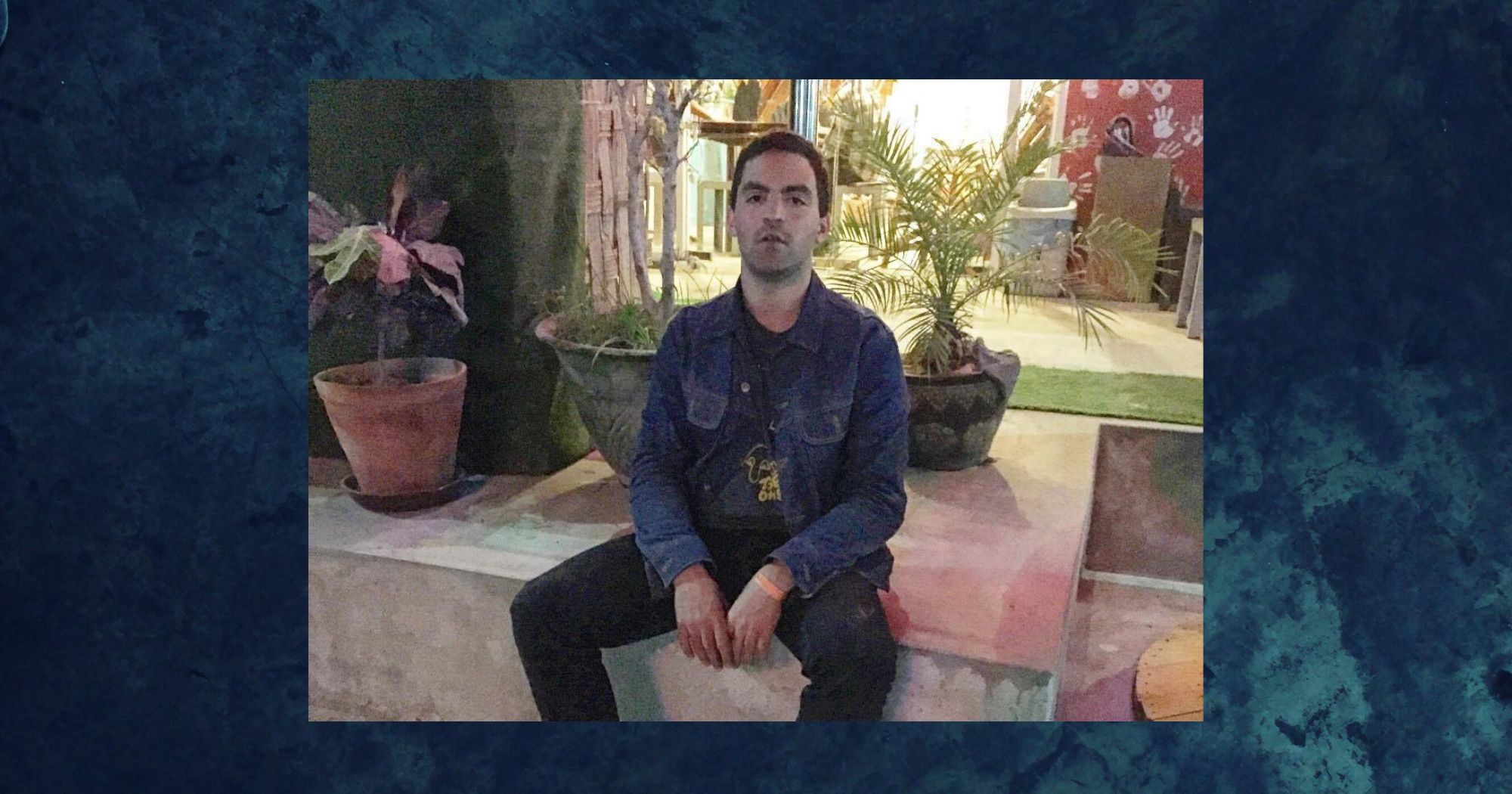 It was a relatively light experience. Colors blended from one object to the next, simple patterns would entrance me for hours, and raw foods gave me immense pleasure. None of this caused me to panic. In fact, my panic over office work was so bad that this hardly registered. For the most part, I pretended nothing was happening and went about my life as usual.

The thing that did register is that I was miserable and the help I was getting was not enough. I told one friend about the hallucinations and told his mom, who is a therapist, about my misery. She strongly suggested that I find a new therapist. Around the same time, I told my family doctor that I was feeling anxious. He said that if I were to see a new therapist that he would prescribe me an anti-anxiety medication. 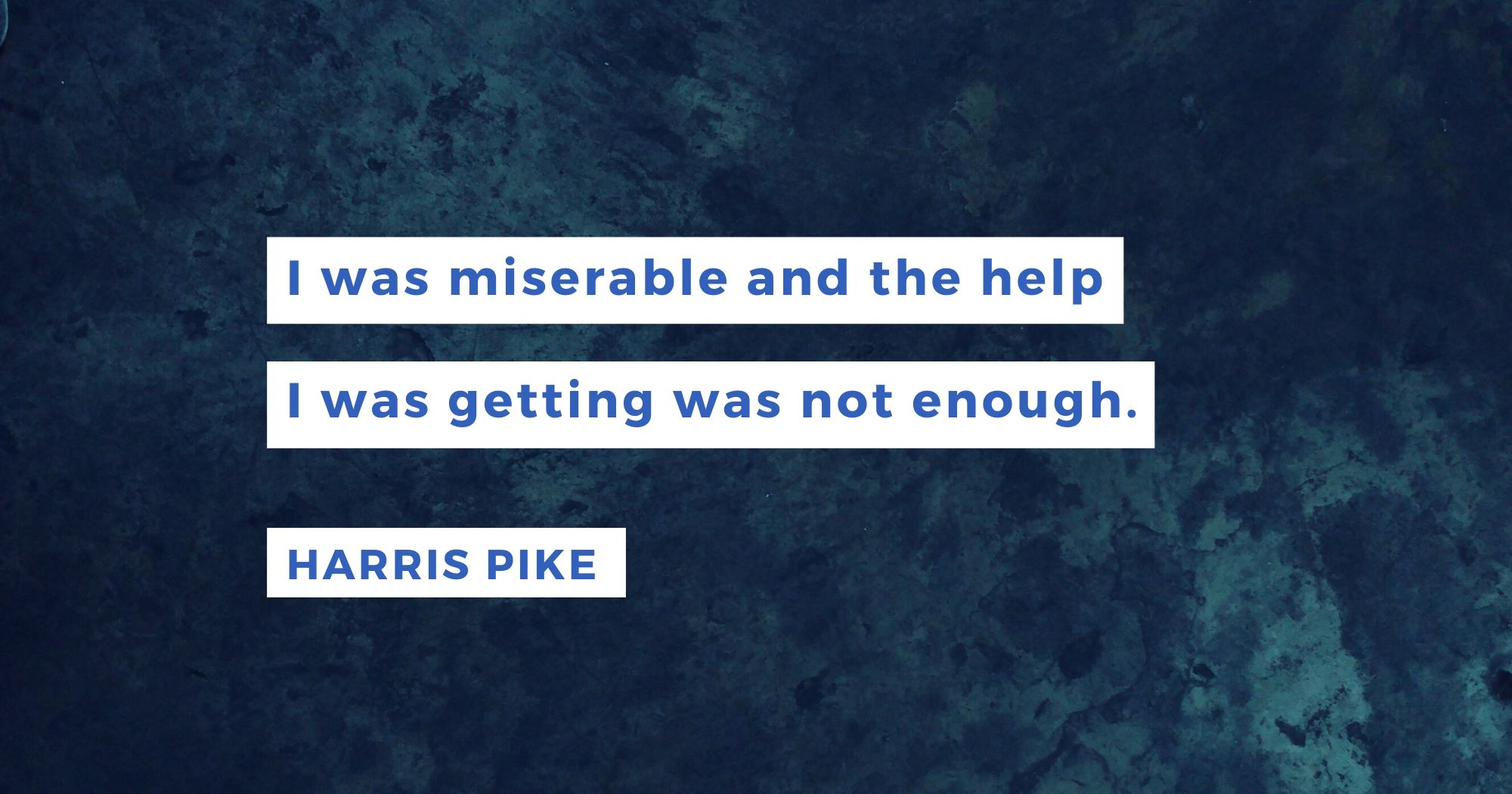 These two changes drastically altered my life. The drug allowed me to breathe and my new therapist challenged and supported me. Additionally, she encouraged me to use mindfulness. I began practicing yoga and after two years found the courage to take an antidepressant.

I healed tremendously through years of yoga, pharmaceuticals, and therapy. I felt empowered and in control of my life. I was doing so well that my therapist suggested that I no longer needed medications or to see her. On one level, I was convinced that I had healed.

On another level, I knew that I hadn’t. I fought with myself daily and felt powerless to it.

Yoga initially empowered me, but became my method for self-abuse. I eventually devoted myself to rigorous daily routines because I could not stand my body. I could not look at myself in the mirror and could not shower without pinching my body for fat. I became extremely strict with my diet, essentially starving myself on mung beans and rice. A coworker strongly confronted me, in a loving, mom-like way, about how thin I had become and demanded that I eat more. I half-listened to her advice, though I mostly believed that practicing more would fix any mental or physical problem I had.

Things had to get worse before they got better. I gave up everything to get to the root of my neurosis. No booze, no drugs, no sex, no social media, no news. Anything I considered a distraction, I, to use my own words, ‘took a step away from.’ This created a lot of time and space. Guess what I did to fill it? 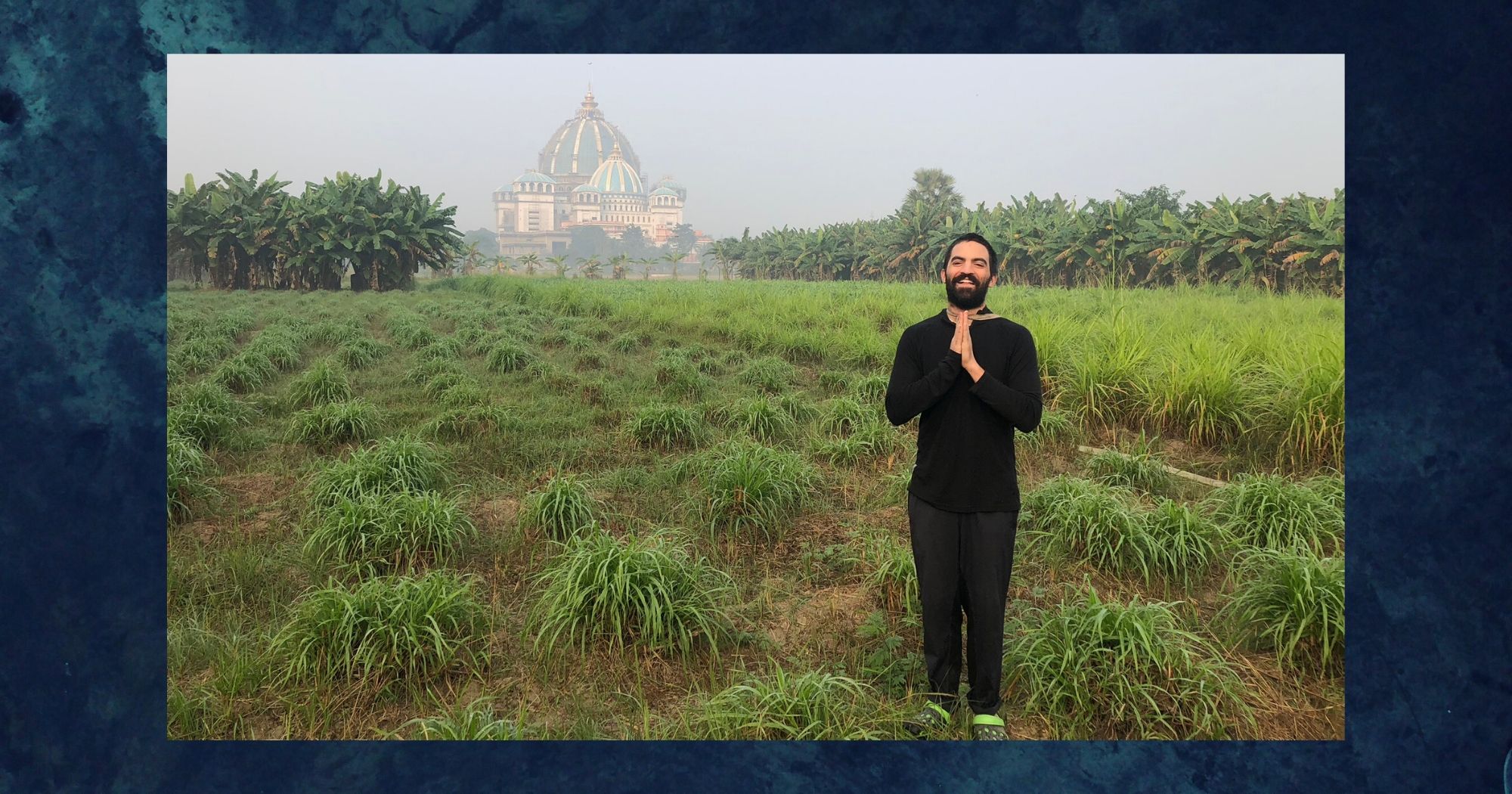 I became militant about my yoga practice. I started practicing three times a day and extended my two-hour morning routine an extra hour-and-a-half. Yoga, the thing that had once empowered me was now squeezing the life out of me. I needed help before I broke.

In my desperation, I signed up for an ayahuasca retreat in a country where the drug is legal. Ayahuasca is a plant-based drug from the Amazon rainforest that is widely regarded as a miracle drug. Many people have successfully overcome heroin addiction with its help. I did not go thinking I needed to break my addiction to yoga. I thought I needed to be healed of my bipolar disorder (which to reiterate, turns out was a misdiagnosis). 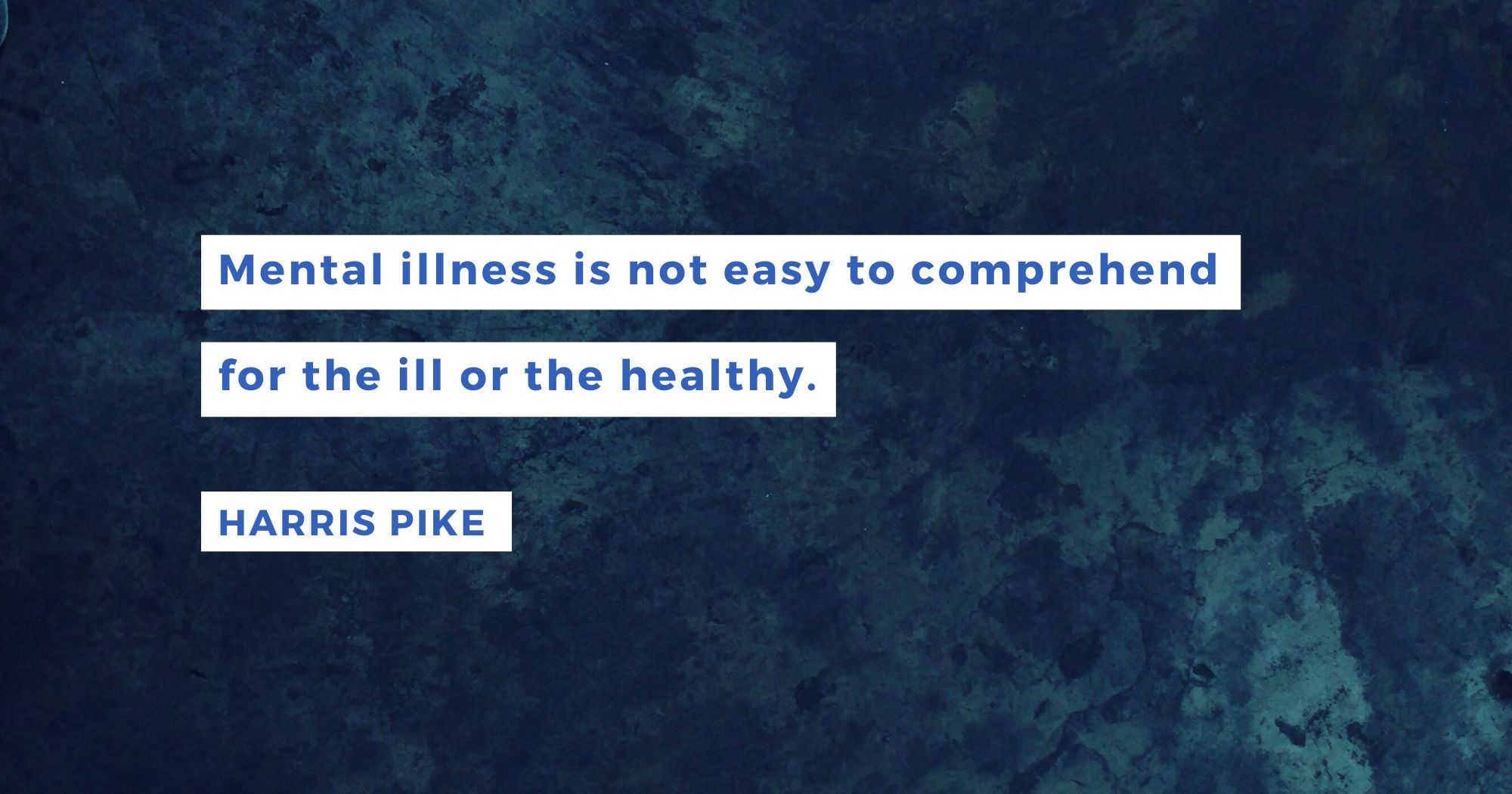 This ayahuasca retreat broke my addiction to yoga. When I returned, I literally could not perform a basic posture without feeling emotionally drained. I was furious. I felt like this ‘miracle drug’ had destroyed me. Yoga was my cruise ship to sandy shores. It felt like ayahuasca had thrown me off the side and left me for dead.

Maybe it actually did me a huge favor. Yoga was a cruise ship, but it wasn’t a Norwegian trip to the Bahamas. It wasn’t even a Carnival cruise to Canada. It was more like the Titanic and I was too proud to hop on a life raft. Maybe ayahuasca didn’t leave me for dead, but actually lifted me out of the freezing water and into a life raft.

I began chanting mantra a lot. I mean I chanted a lot before, but now I chanted A LOT. I ate with fewer restrictions. It turns out that after years of a minimalistic diet, I didn’t suddenly want a Big Mac and fries. I wanted good tasting, freshly cooked food. I put on a little bit of weight and felt a lot better in my body.

I met new people and found new ways to respect my body. I developed healthy friendships based on trust and respect with some of the most interesting people in the world. I danced and sang with reckless abandon.

Even though I hated ayahuasca for taking away yoga, I drank it again. This time it broke my addiction to hating myself. Within a few weeks, I could practice yoga and exercise again. It felt like a curse had been lifted. 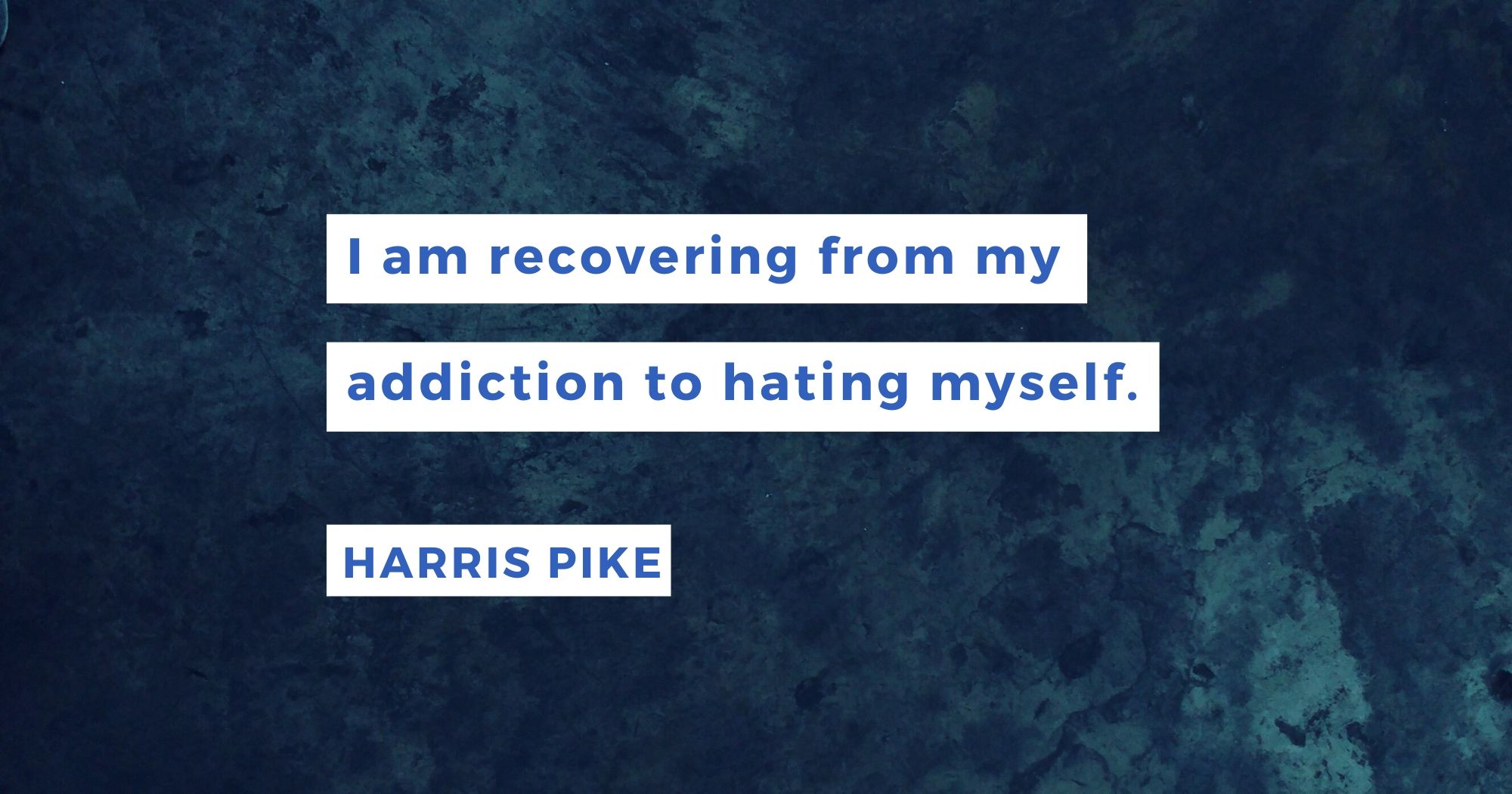 I began seeing a great psychiatrist shortly after, who has helped me tremendously in making sense of my childhood. He has said that I likely experience a panic disorder and has suggested obsessive-compulsive disorder as well. Additionally, he believes that any psychoses I have experienced were drug-related.

It’s necessary to add that I entered a major psychosis during the first ayahuasca retreat. This was the result of a confluence of complex factors. According to my psychiatrist, it likely would have passed quickly, but was extended due to abysmal medical advice given by the center. The second time I consumed the drug was under much greater supervision. It did not result in any psychosis.

These experiences have taught me a lot about mental illness, though I still don’t have a full picture. However, the further I progress with my personal journey, the more clear it becomes. 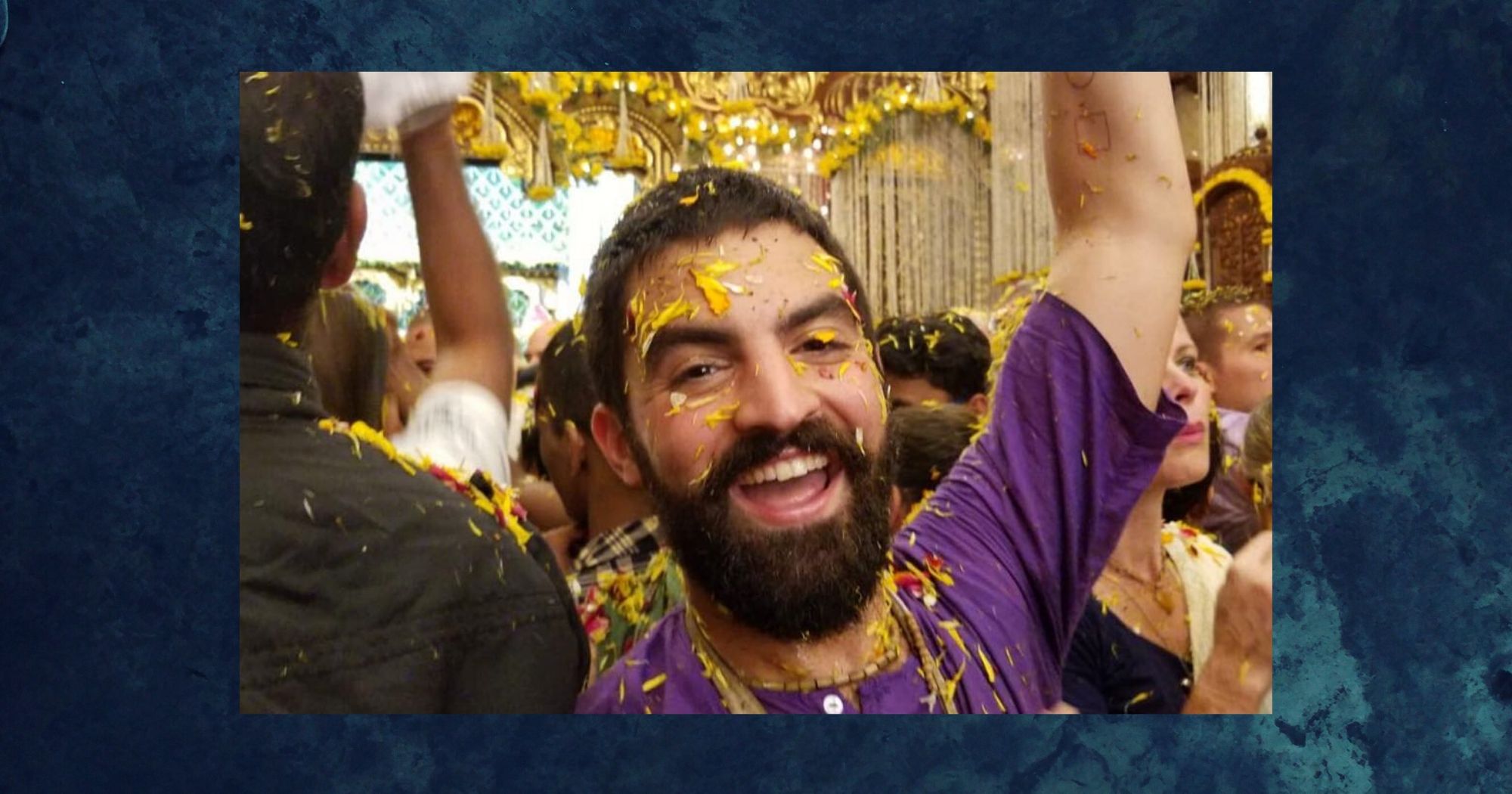 Mental illness is not easy to comprehend for the ill or the healthy. The overwhelming majority of medical professionals believe that many disorders are incurable with our current tools. Many say the best a person can hope for is relief from the symptoms.

In my experience, this is not the case. I believe that mental illness is the result of the mind and body recognizing biological responses that are typically limited to extreme circumstances as homeostasis. It takes a tremendous effort to heal, because the person must use the thing that knows disorder as order to find a new sense of wholeness. But it is possible. It is completely possible.

Harris Pike lives and works in Philly, the city he has called home for the past thirteen years. He writes about his experiences with mental illness to allow others to feel safe, connected, and normal. He enjoys singing bhajans, participating in kirtan, and allowing others to Google what those words mean. Follow him on Instagram for more.