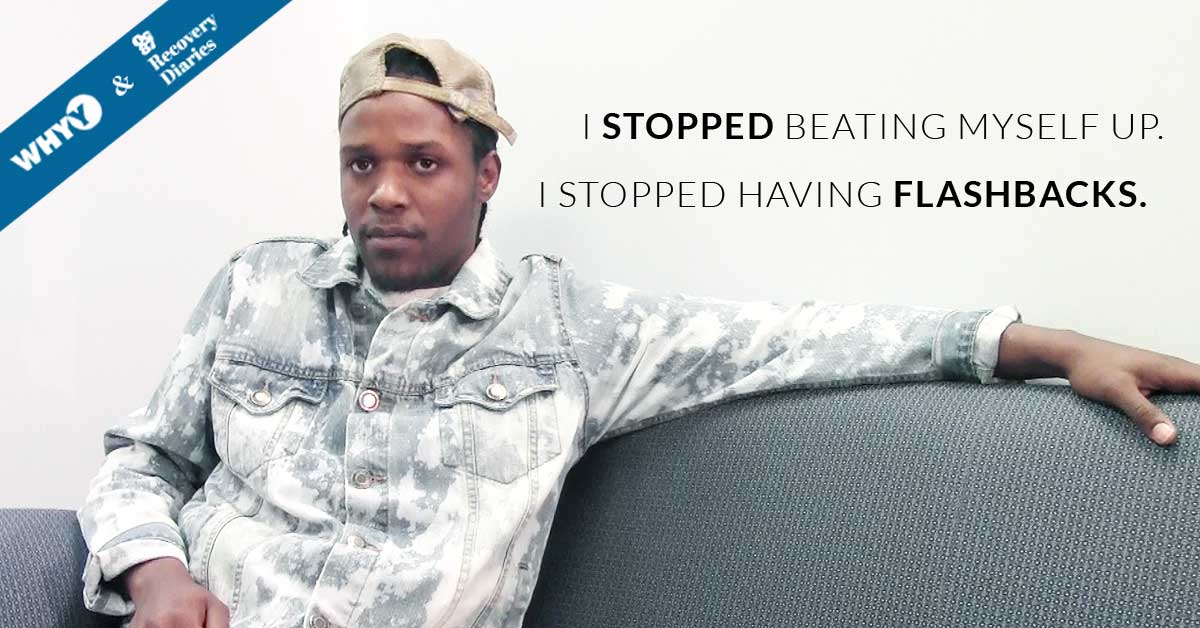 Jermaine McCorey is a trauma survivor with a story to tell.

As a young man he became caught up in a life on the streets. A life that offered fast money, but little or no opportunity to think about — or dare dream about — a future.

In 2011 I was shot selling drugs. A guy was trying to mug me, and I didn’t want to give my money and drugs up so he shot me.

I would have flashbacks, I would be sitting, watching TV and then I would go and daydream, and hyperventilate for about a minute or two. Not breathing. And I would see the whole experience over again – from sounds, to feelings, to what I was thinking. All in those two minutes, it all came back.

We are thrilled to present Jermaine’s Story, created by Jermaine McCorey and Linda Rich. Linda Rich is the Education and Consultation Director at the Center for Nonviolence and Social Justice and the Healing Hurt People program at Drexel’s College of Medicine in Philadelphia.

While he was in the hospital, Jermaine was contacted by Healing Hurt People, a program affiliated with the Emergency Department at Hahnemann University Hospital and the Drexel University College of Medicine in Philadelphia. Healing Hurt People works with young people who are seen in the emergency room for violent injuries (gunshot, stab, or assault wounds). 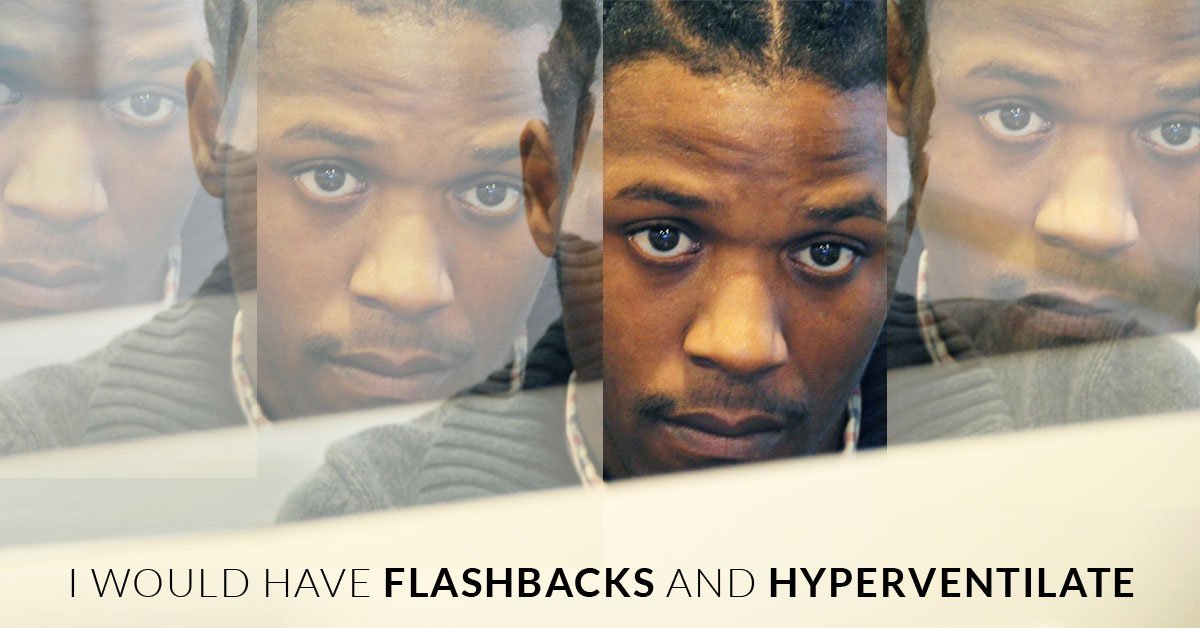 The program is a kind of “intervention” that addresses the needs—physical, emotional, and social—that victims of violence face after being released from the emergency department. It was created by a team of health professionals, including an emergency physician, an internist, a psychiatrist, a social worker and a psychologist.

At first I didn’t trust the social workers, I actually thought they was police. They had black trench coats on, and I’ve seen that oh, so many times. And at the time, I thought that I was the only one in this situation. All these feelings that I’m feeling, that I felt at the time, what I’m going through, the depression stage I was in, they told me that it was normal. And that made me ease my mind as far as what I was going through traumatically.

I stopped having flashbacks, I stopped beating myself up for putting myself in a situation.

In the Healing Hurt People program, Jermaine attended peer support groups and met with social workers to help him dream about a future. It is designed to reduce re-injury and retaliation among young people who have been victims of violence, helping young men to focus on planning for a productive life, rather than “settling scores” with perpetrators of violence. 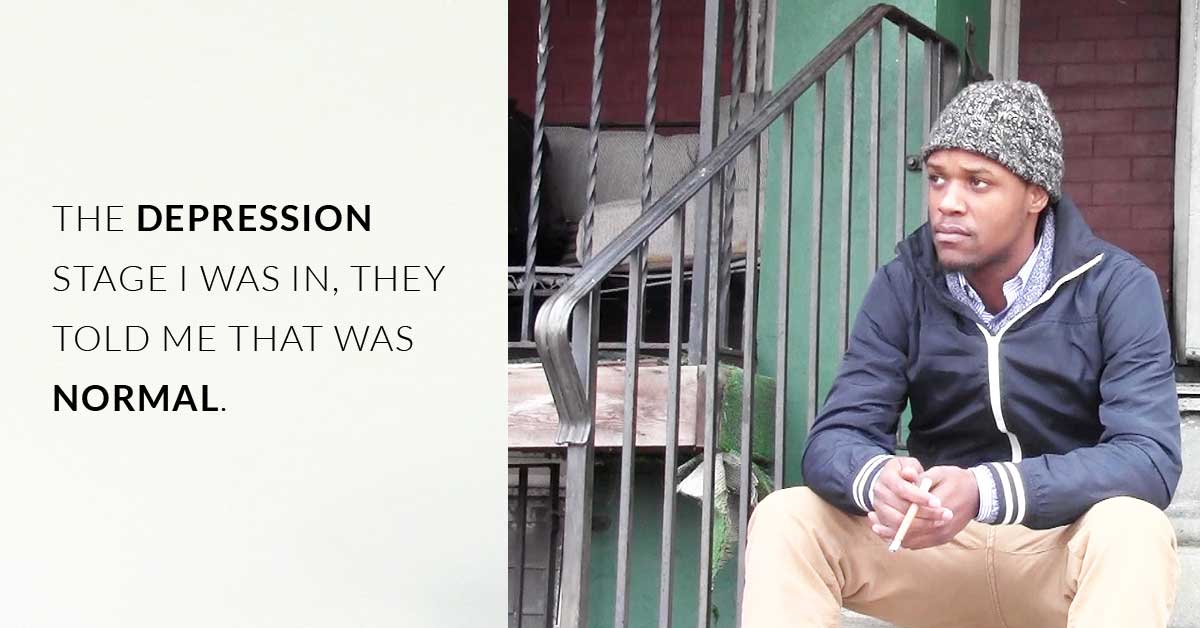 It helped me want to change, because I thought I was the only one going through my situation, but when I started hearing people tell their stories, I started realizing that I’m not alone, and they could help me in my recovery.

Well, what was important about my healing that I got a different perspective on life. Just not being, not having to do anything illegal just to get paid.

What helped me get to the next place was my support system. Friends that didn’t want to see me, well, die. And I didn’t want to let my family down. I felt like I let ‘em down because they – my brothers and sisters looked up to me.

Well, I do want to be a statistic, but just a small percentage of young black men in Philadelphia that decides to make a change.

Today, Jermaine is using his life experience and his recovery journey in his work as a Peer Intervention Specialist at the Center for Nonviolence and Social Justice at Drexel University in Philadelphia.

In the future I see myself being a mentor, for the youth, the inner city youth. Advocating change, that there is a chance for change. And you can do it. And just give the message back to the youth and try to tell ‘em about trauma. Just try to teach it more because I think if I would have learned about trauma when I was out there selling drugs, maybe I would have avoided some of the things I was doing. 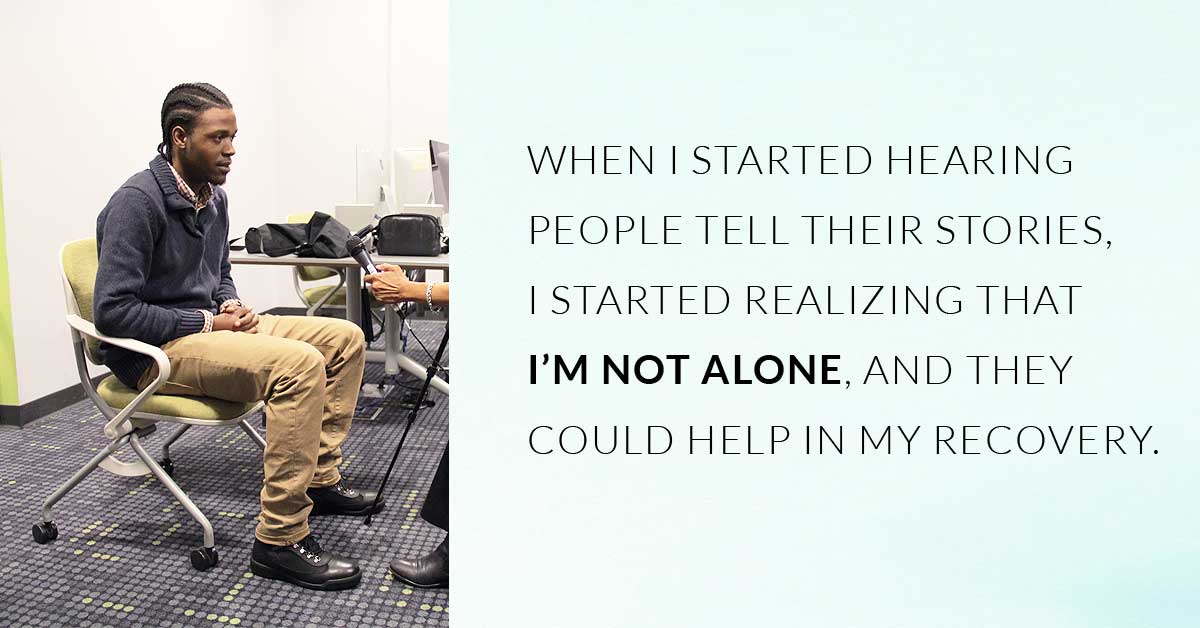 And try to stay away from negativity that’s how you can move forward positively living in poverty in the ‘hood. All you got to do is think positive, stay around people who think about their future in a good way and you can make it out.

Healing Hurt People, Linda Rich says, “is a model for how we should work with young people, not only to prevent future violence but to think about it as a way of counteracting some of the neighborhood and city stresses to prevent perhaps, violent injury in the first place but to also give these folks an opportunity to build their dreams.”

Watch this interview to hear Linda and Jermaine talk about the project, and the life lessons learned while making this video.

I think the most challenging thing about making this video is you really have to think and use your imagination a lot of times during this project. It was a humbling experience. 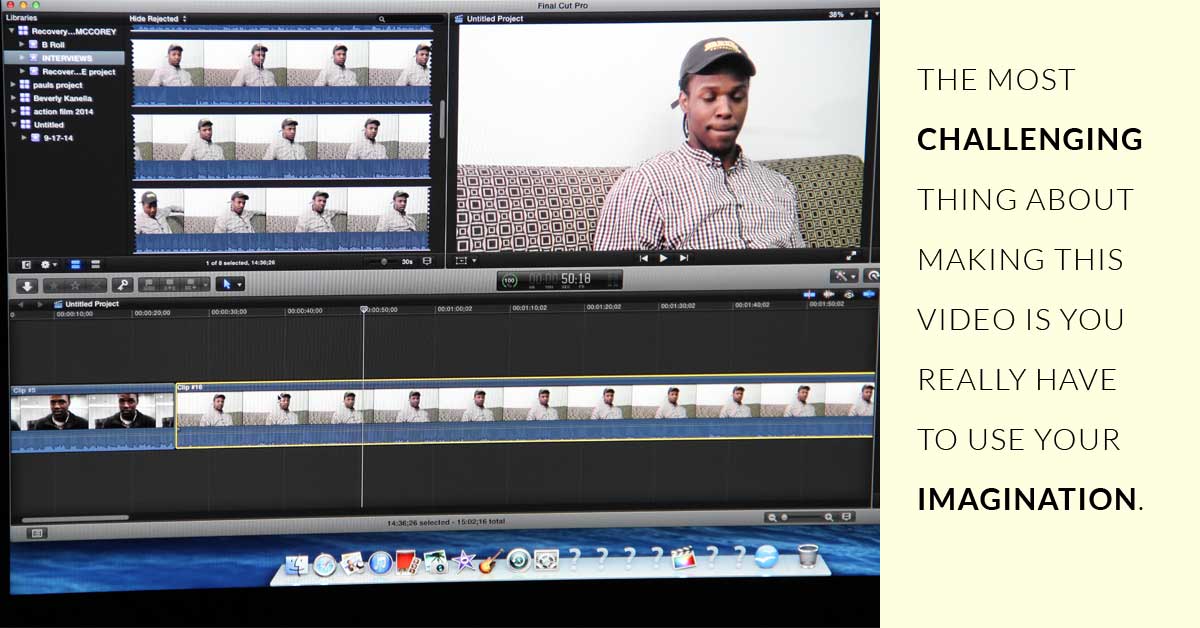 Where I come from people like to build up walls to cover up their life or they don’t like to talk about their experiences that much. And just by me doing a film on myself — that’s brave.

OC87 Recovery Diaries and Philadelphia public television station WHYY teamed up with first time filmmakers from area organizations that deal with mental health and wellness to create original short films that detail journeys of recovery and transformation. Watch all of the videos here >> 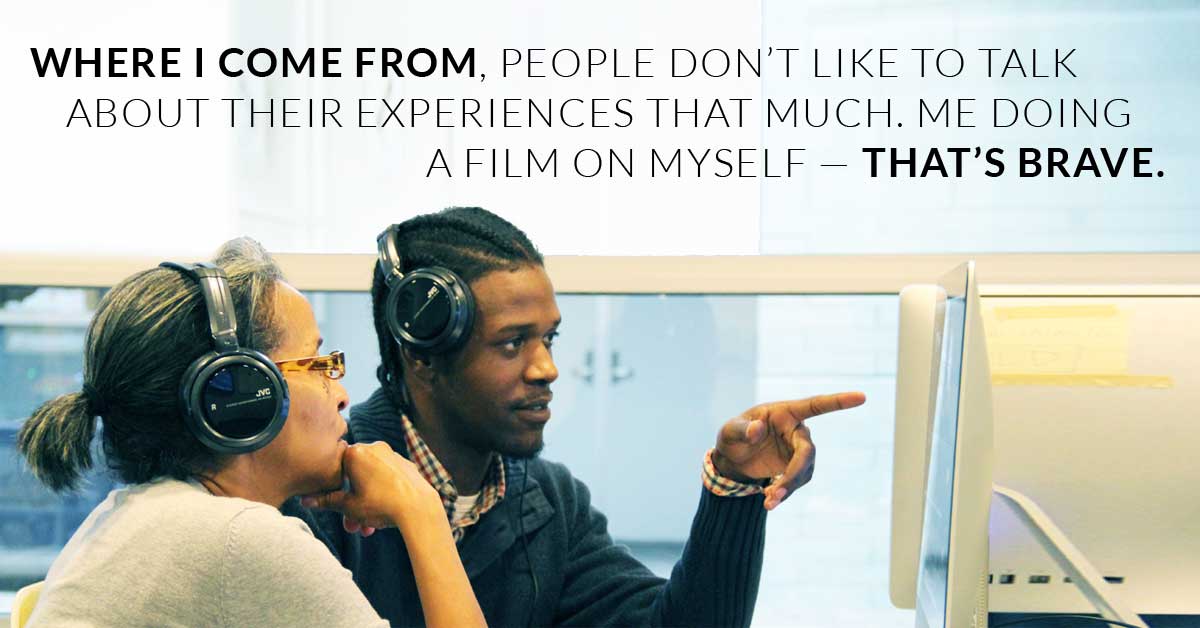 Ron Thompson is a fascinating guy — an artist with a pen, a poet with words. His video, Drawn to Forgiveness, incorporates both of these strengths.