Rosy is the New Bleak; How a Psychotic Break Saved My Life 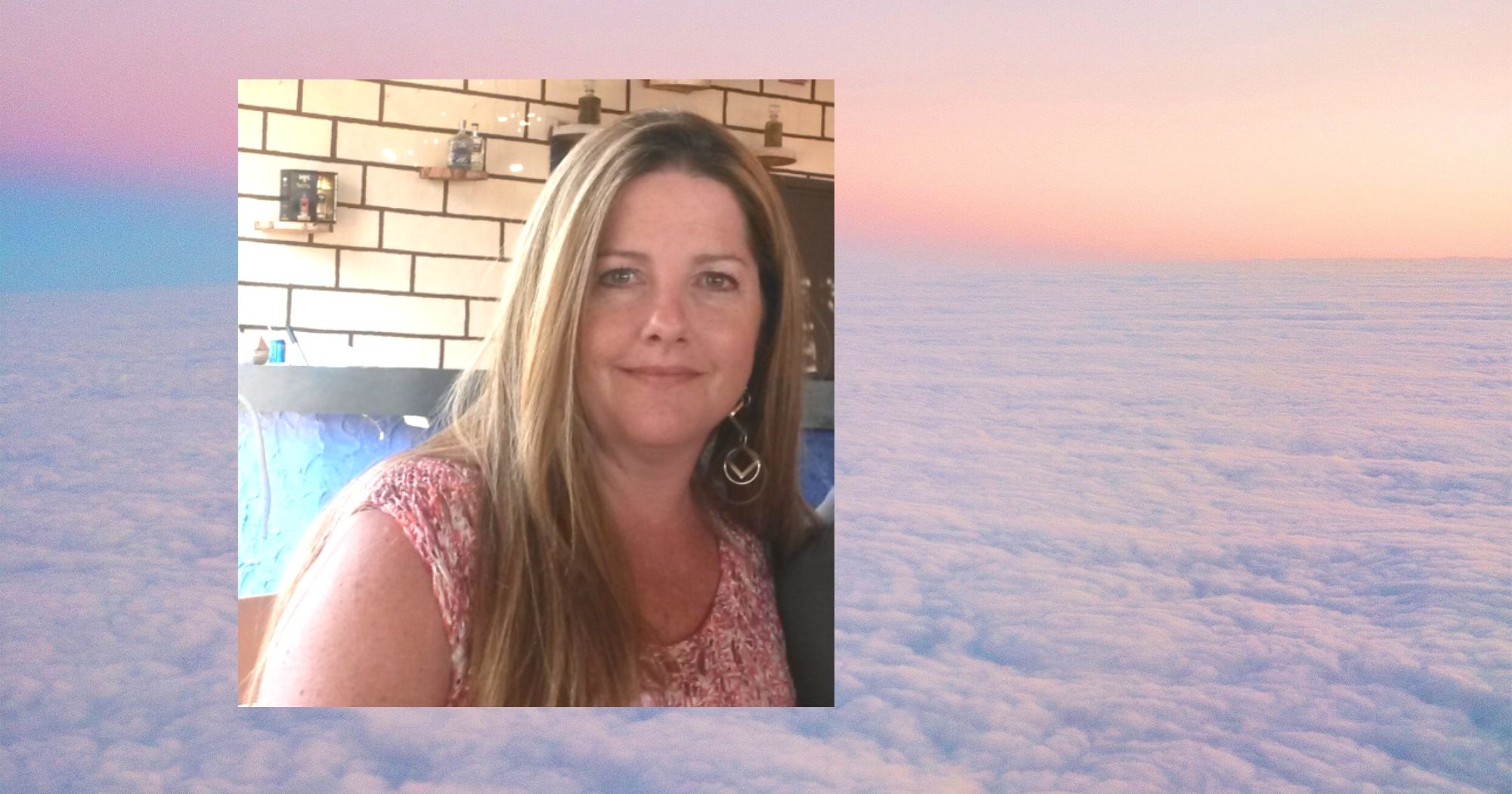 Rosy is the New Bleak; How a Psychotic Break Saved My Life

In June 2010, my husband, young children, and I were preparing to leave Ohio after thirteen years. In a couple weeks, our plane would be taking off for Lebanon.

I could see what our move to Lebanon meant for my husband and our kids but, for me, it felt like I was in a supporting role. I fancied myself the sacrificial mother vehicle. Could there be a nobler position?

“You aren’t going for the reasons you think you’re going,” my friend, Marianne, declared.

Candlelight flickered in her glasses, two dancing flames just below her bangs.

“Why am I going?” I asked, looking into the fire.

I sat across from the bespectacled, Lenin-archetype psychiatrist. A shining placard, “Ramzi Haddad M.D.” sat across the front of his desk. 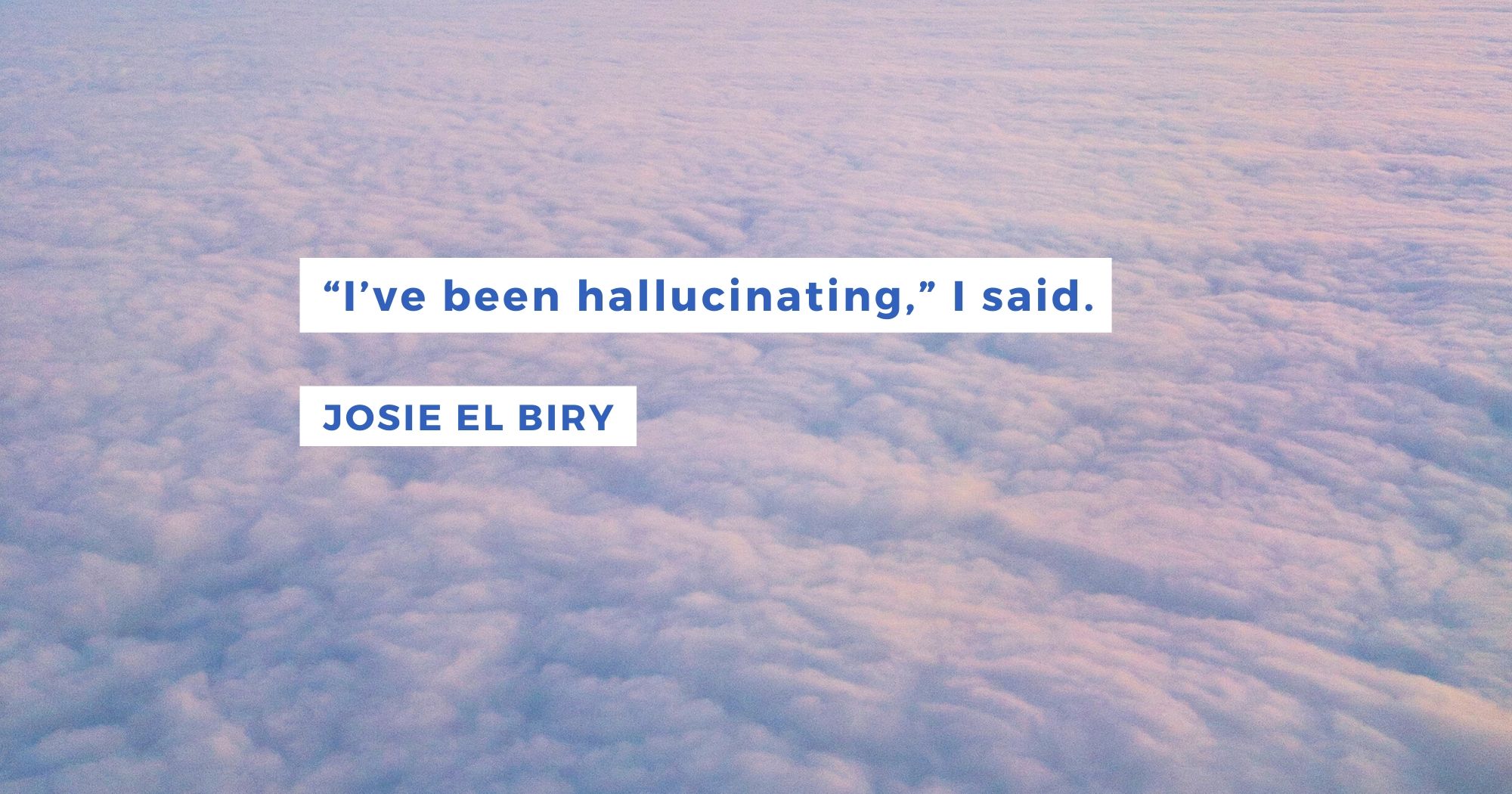 I told him about the crying spells, which had begun maybe four months prior. I had been in Lebanon for two years, and I had long figured the crying was normal because I had lost a few dear friends in the last six months, plus I was premenopausal.

“How did your friends die?”

“One overdosed on heroin,” I said, “and another died from Hep C…from using heroin.”

I grazed his eyes with my own and looked down at my wrung hands. I winced, waiting for the man on the other side of the desk to launch into an examination of my close proximity to people who died from shooting up.

“A third died from cancer,” I added hastily. A judgement-free death.

“What else?” he mercifully redirected.

“I’ve been hallucinating,” I said.

Dr. Ramzi was my last link. I needed an objective person to validate what I had been suffering. I had caught myself turning in full circles to follow a phantom, black vortex out of the corner of my right eye, both at home and in my fifth grade classroom at school.

I told him of the full day and night when I had been consumed by a memory that I had killed someone and hidden the body. I hid in my bed, petrified of who I really was and how I was going to reconcile such a monstrous crime with my family.

“The location of the corpse was on the tip of my tongue,” I continued, tears blurred the room. “I was terrified. I didn’t want to remember.”

I told him about my eight-year-old son leaning over my bed with his small hands on the mattress, hesitating to touch me.

It was like trying to explain a nightmare the next morning, when the bright light of the sun has revealed your sheer terror to be nothing more than a shadow cast from a hanging coat.

“I woke the next morning, and the panic was gone,” I shrugged. Of course I hadn’t killed anyone. How could I possibly have believed otherwise? 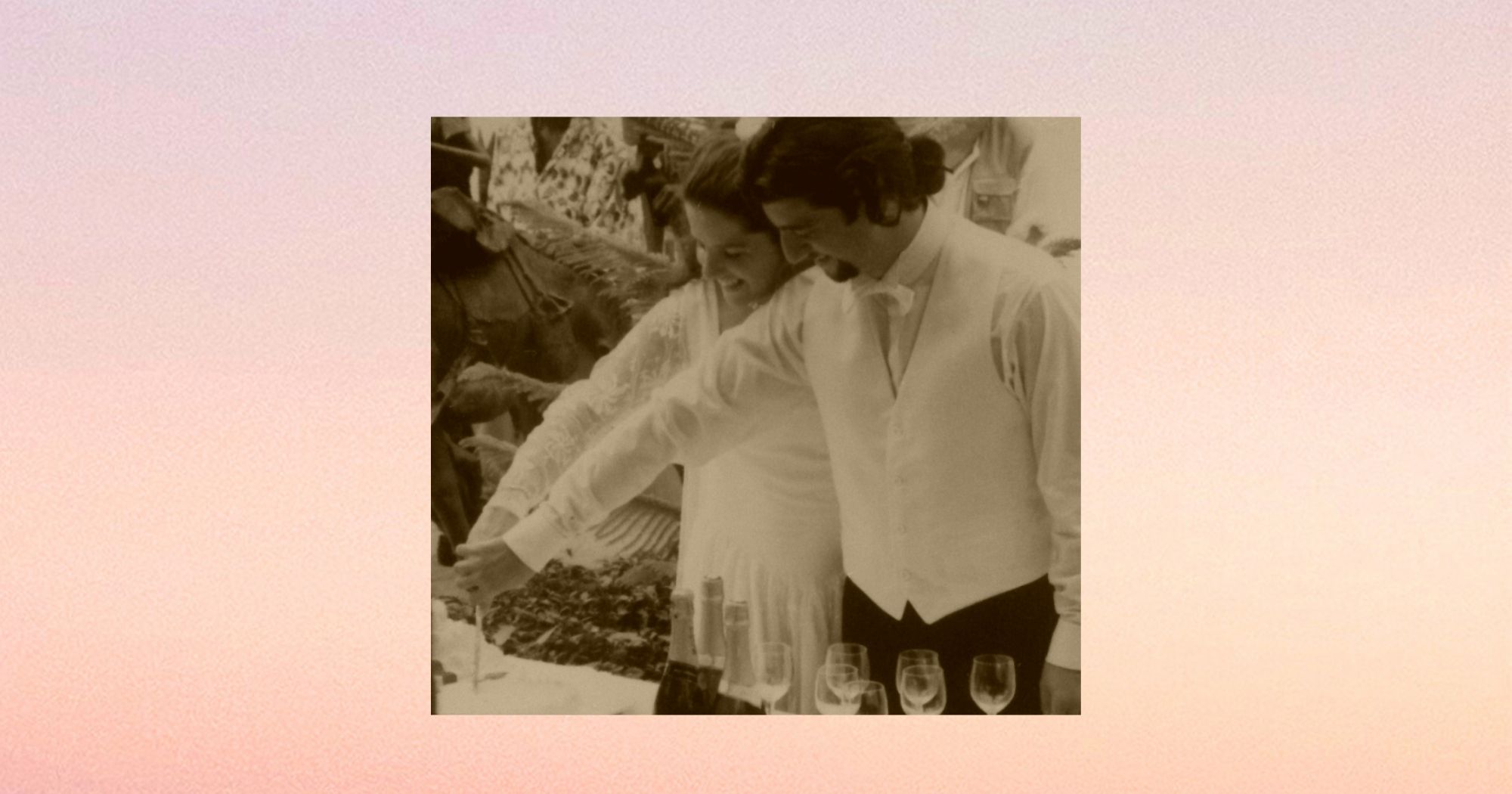 I continued to the most recent incident. My husband, Anthony, and I were at the table after lunch, having cake and talking to the kids. There was laughter. Something in my mind snapped, and I detached. I left my body. The din of conversation muffled around me, and I floated above the table. I could see my cake and the small fork next to the plate.

Dr. Ramzi listened and wrote as if he’d heard such scenarios a hundred times before. Wasn’t I hoping he would gawk at my condition? I was tinged with disappointment. All the things I had previously owned — my sexual abuse, my addictions, my rape, my trauma — had been eclipsed by a Podunk mountain community full of Lebanese people who believed that saints routinely performed miracles. Everyone here was so goddamned balanced and happy, I couldn’t even be uniquely psychotic. These problems didn’t exist here. I grew to feel like a defunct roadside attraction.

We went over my History of Abuse of All Kinds (Vol. I and II) and I told him of the time I was evacuated out of a coup d’état by the Marine Corps, lost my dad to cancer, got married and started having children; all within a five-year span.

That got his attention, which means I saw his eyebrow twitch, and then he looked at me. 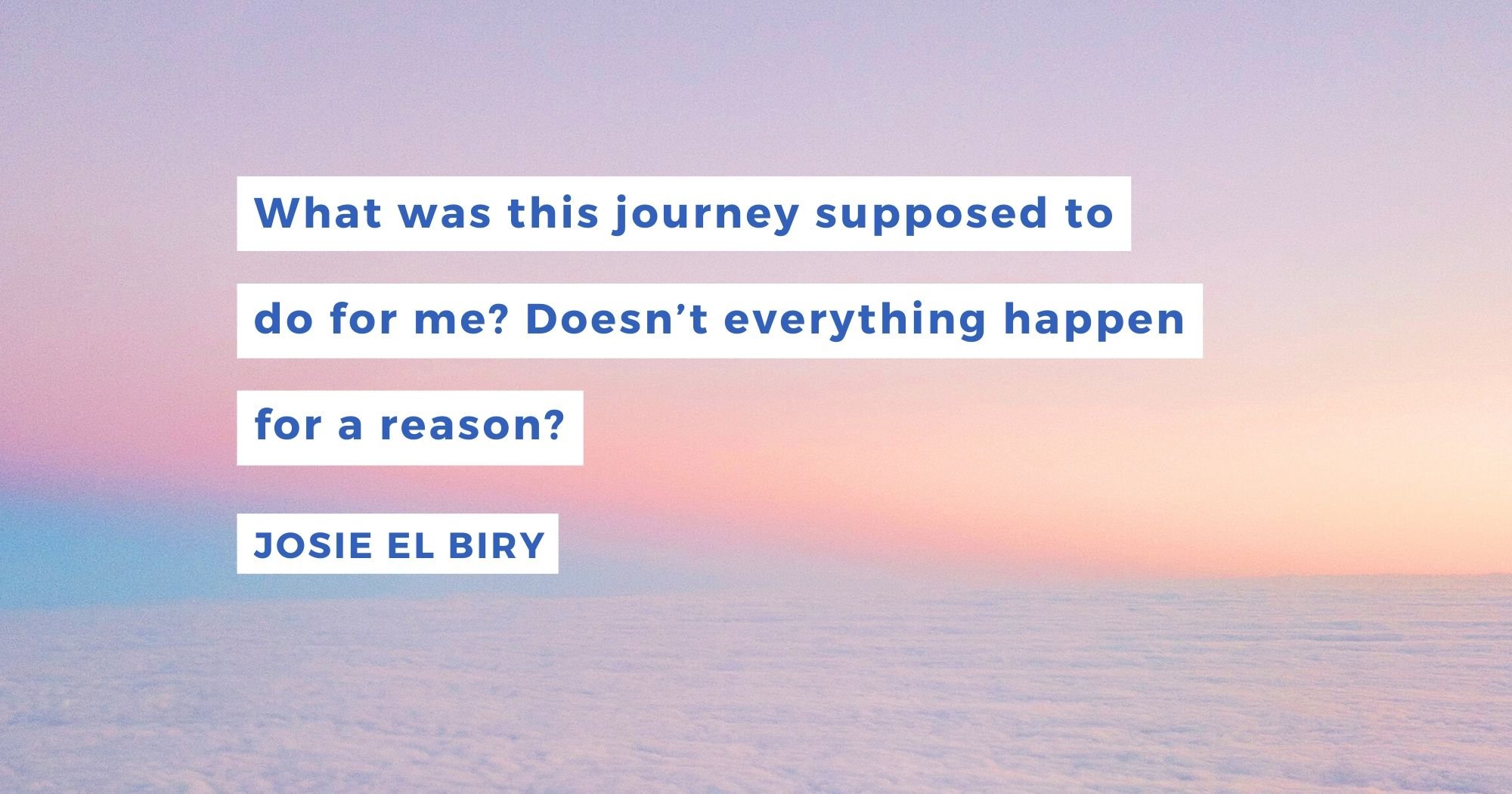 “I’m surprised you didn’t fall apart twenty years ago,” he said. “You are extraordinarily strong.”

My eyes shot up and met his gaze. Thirty minutes into my evaluation, thirty years into this odyssey of self-loathing, of believing that the loneliness and the sadness were self-induced, that I deserved instability and all the hysterics, and the shame that goes with it—something clicked deep inside me. His eyes didn’t waver.My shoulders collapsed, and my lungs filled with air, and my whole body deflated as it emptied of a great and heavy shame; that monster that had goaded me to self-destruct, to let people shred me to pieces. After decades of torture, I was being told in no uncertain terms that it wasn’t my fault.

“The crying, and especially the hallucinations,” he continued, “You’ve suffered a kind of psychosis brought on by anxiety…”

A psychosis. Yes, that sounded fitting. The word bounced around in my head as his voice timbered away.

​All this time, Anthony had been in the United States to check on our property and do some shopping. I went downstairs and emerged from the building to find Elie and Gilbert smoking cigarettes at the curb. They were Anthony’s appointed surrogates, charged to guide me while in the throes of this window-ledge chaos. In a surprising gesture of kindness, they each put an arm around me.

We ambled toward the pharmacy at the end of the plaza. My brain could no longer handle life without pills. As I approached the neat pharmacist in her white coat, I wished like hell I’d had the flu and I was there for something, anything other than anxiety (correction; acute anxiety á la chronic depression).I thought she might have to call some invisible authority from the red wall phone to validate my script…surely people don’t need this stuff everyday? I just wordlessly slid the paper across the counter.

This wasn’t the spiritual growth I’d had in mind when we moved across the world. My derailment had shined a light over a question cast aside from a few years prior: Why had I moved to Lebanon? What was this journey supposed to do for me? Doesn’t everything happen for a reason?

I thought back to Marianne and when she first came into my life. 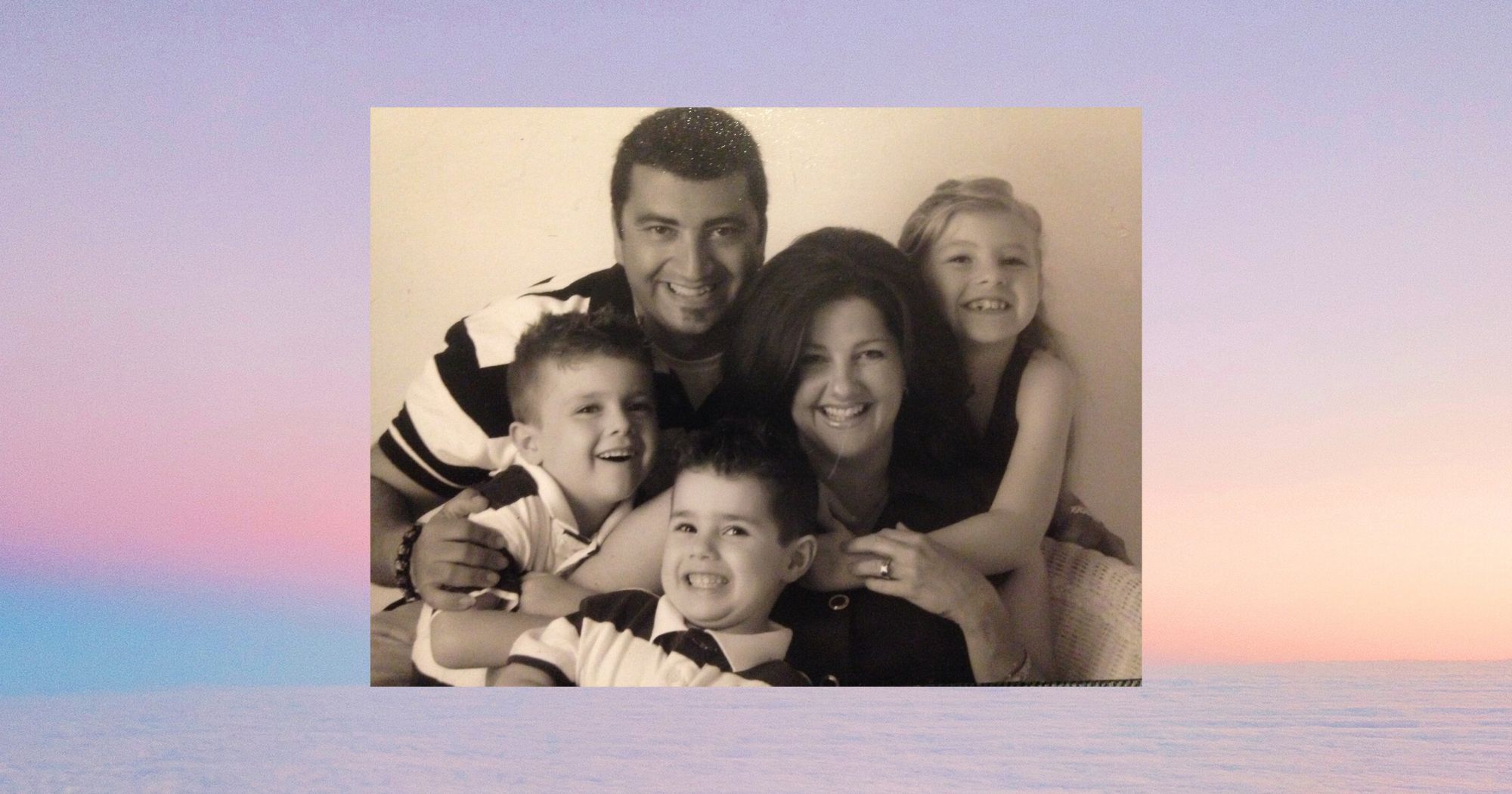 She stood in the dim living room and took in the oppressive, stale air. I sniffed to see if I could smell what she smelled. I was disappointed that, at three months pregnant, I wasn’t more tuned in to what she referred to as energy.

Marianne unpacked some sage and matches. Kerstin arrived with smudge. Annette completed the coven with some chimes.

Four women moving the air with hip sway and bells, we awakened the house from the rafters to the basement and back up again, four floors of counter-clockwise movement, walking the periphery of each level like following a corkscrew. We pushed the old, heavy energy of previous inhabitants right out through the roof. The house felt open and nimble, ready for the furniture, which was arriving on Tuesday.

Nine years later, when Anthony and I decided to move to Lebanon, these friends came back to help us depart. They put me in a circle of their arms. They prayed over me while I cried. Nine years and three little kids and a dog and a cat whirled up through the attic to make room for new tenants, someone else’s beginning. 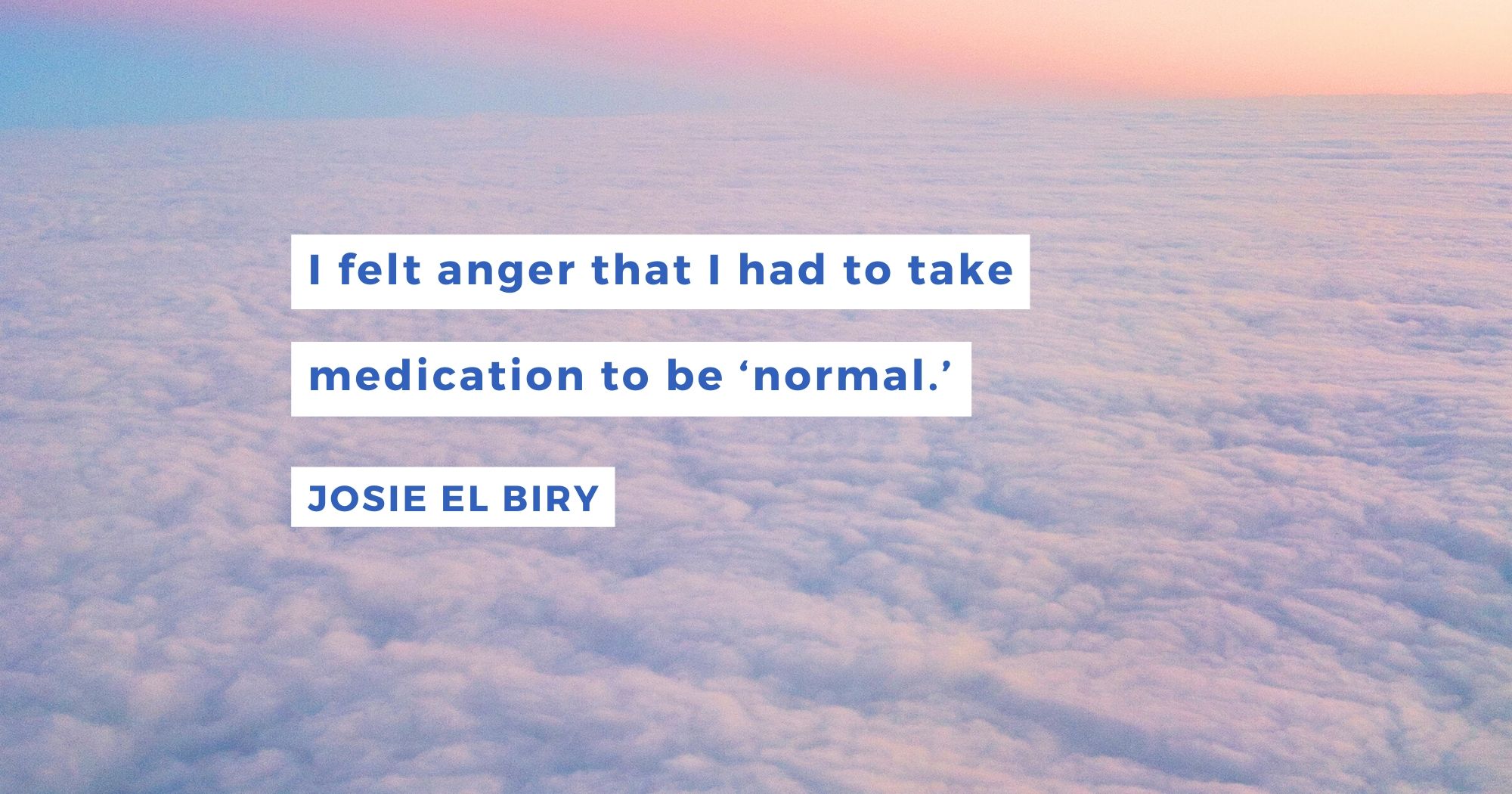 Fresh in Lebanon, I remembered Marianne’s words and kept my eyes peeled for a sign. I went through phases of discoveries and friendships, each with enough gravity to possibly count as an impetus for my having landed here. I even found myself loving my mother-in-law.

But none of these experiences felt transformative. I trudged through the motions, acclimating and working, tasks which left me feeling invisible and defeated. I forgot about my search, and I began to fill with stress and loneliness.

The pin thus pulled and discarded, I detonated, like an exploding beast, leaving guts and teeth all over the tiny, movie-set mountain village at my feet.

At Dr. Ramzi’s desk, I was an empty sack. I didn’t understand how I could possibly sew myself back together…

…until I started taking the lithium carbonate and the anti-depressant I picked up from the pharmacy that night with Elie and Gilbert.

I felt anger that I had to take medication to be ‘normal.’ My limbs were stiff and sore through the transition. Worst of all, my jaw was wired shut with tension, and my ears began to ring. I hated lithium, but my body adjusted to the dosage. 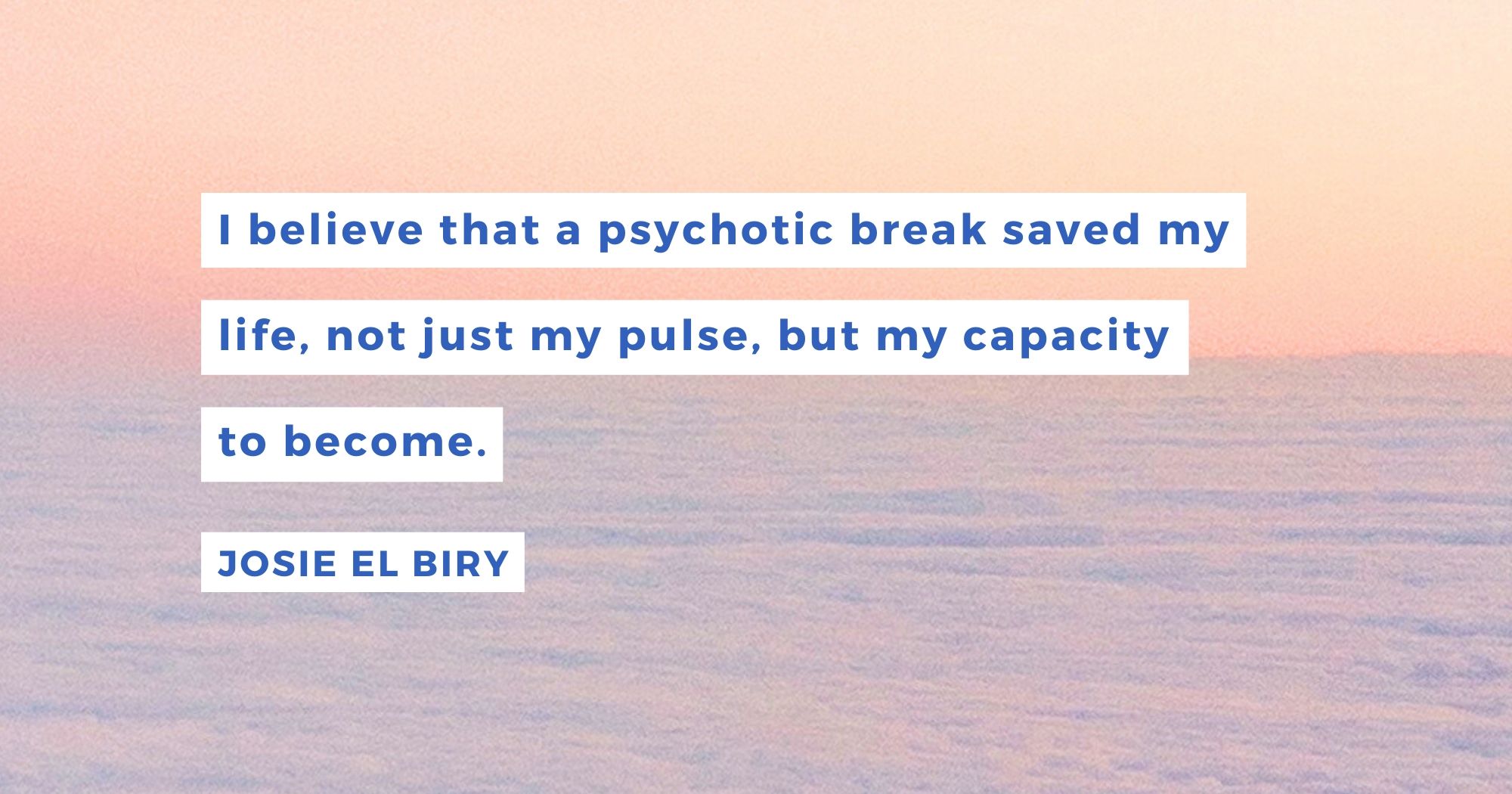 Coupled with the anti-depressant, I slept like I hadn’t been to sleep in years.

I still remember the first time I woke up and didn’t feel impending doom, didn’t feel paralyzed, didn’t have globs of tears racing into my ears and onto the pillow.

I looked at the ceiling, with a tiny smile on my face.

And that’s when it hit me. 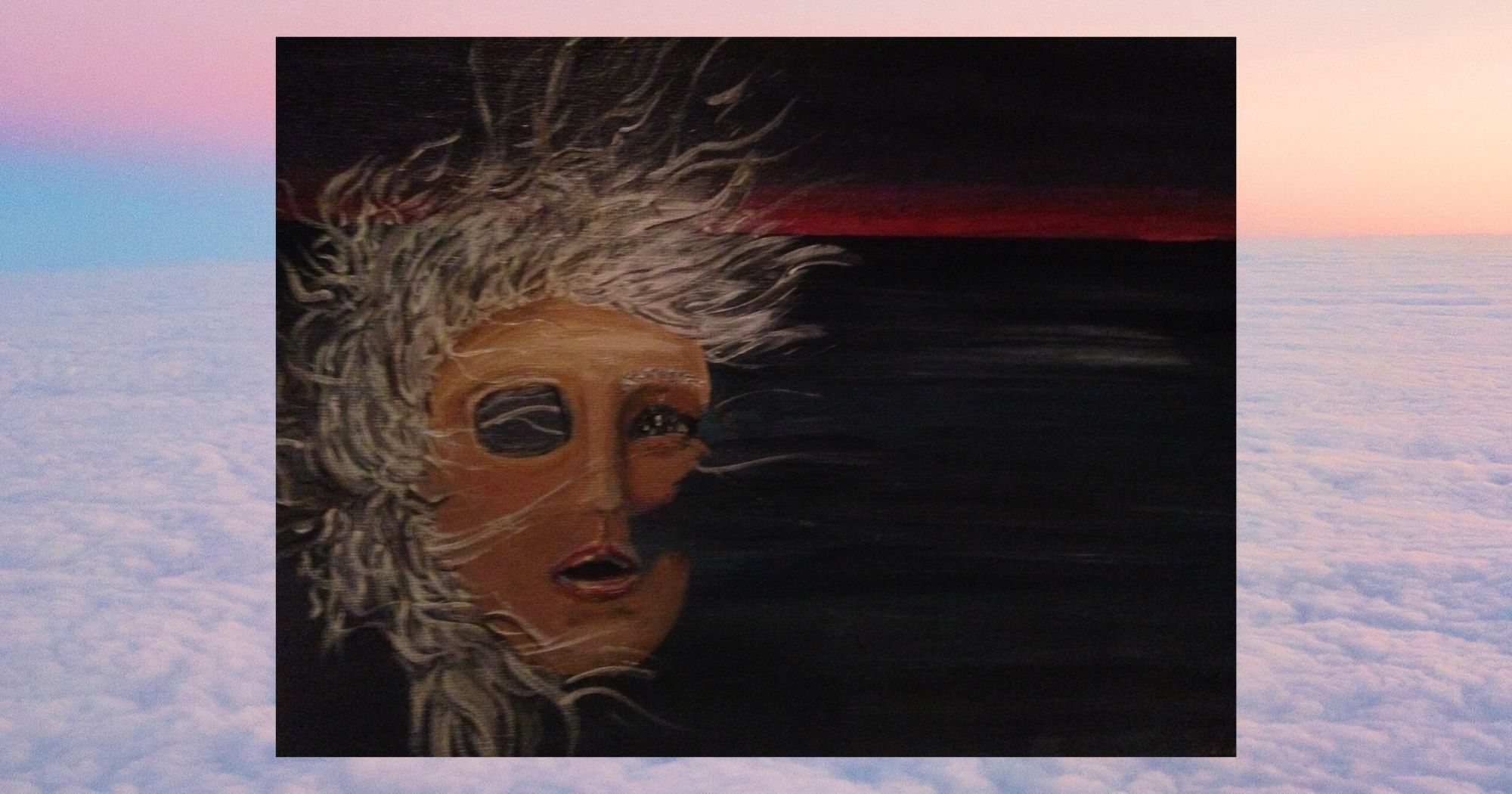 Moving to a foreign place, enduring a career change and isolation in a strange culture: these were enough to softly nudge me off my cloud and into the stratosphere, where I promptly began to plummet to Earth.

At terminal velocity, every circuit in my body misfired. The fall was bottomless, and the friction had me bound as to a tree, only it wasn’t a firing squad in my view, but the giant Earth itself, rushing toward me, a tsunami of shock waves pressing my body flat. I was suffocating. I was so afraid; I dissolved in mid-air and disappeared before the fatal impact.

Had I stayed in that old house in Cleveland, I might have cruised along in the same fog for decades. I may never have broken apart, but I’d have only existed and not lived.

I believe that a psychotic break saved my life, not just my pulse, but my capacity to become. All the empathy and love that I didn’t think I deserved now emanates from within. I am now a seedling on perfect soil, and I am no longer afraid.

Josie El Biry is an American writer published in Medium, The Writing Cooperative, House of Haiku, Be Yourself and Nicole Dieker’s blog. She was diagnosed with chronic depression and acute anxiety in February of 2013 and has explored a theme of growing (rather than coping) with mental illness ever since. She lives with her husband, mother-in-law, and three children in the mountains of Lebanon.

Katie Thomas is a caring mother, sister, and wife, but often battles intrusive thoughts of doing horrible things to the ones she loves.