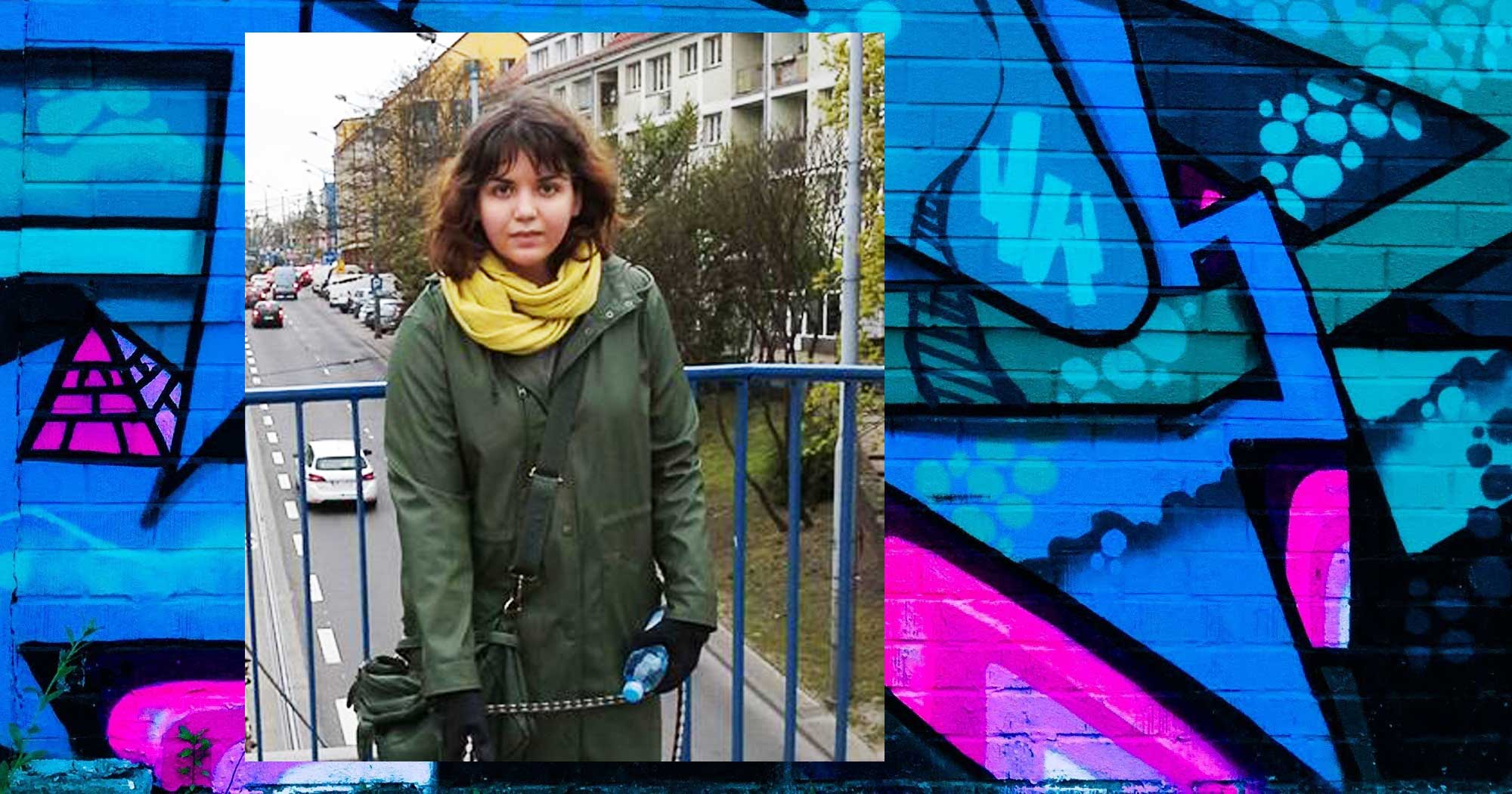 Psychosis: A Beginning. An End.

I remember breaking down so many times. Crying, screaming in pain.

I was diagnosed with psychosis in May, 2007, while living in the south of Sweden. My impaired judgement was obvious even in the early days of my illness. I exhibited so many of the symptoms associated with psychosis—a substantial drop in my grades, trouble concentrating, declining hygiene, a significant weight loss, oscillating from strong emotions to a feeling of emptiness to name a few. On the day my mother told me she was taking me to a doctor, I was afraid. Paranoia, which had fast become a close friend, set in. I walked out the door clad in nothing but my pajamas, shoes and a disoriented mind. I just felt that I had to escape. I was absolutely paranoid that my mother wanted to kill me, and even though my paranoia was baseless at least so far as reality goes, it carried a lot of weight with me.

The police found me in the end and took me to hospital where I was diagnosed and submitted to inpatient care, the kind where you are not allowed to leave, even if you want to. They call it “tvungsvård” in Sweden, meaning, “forced care.” 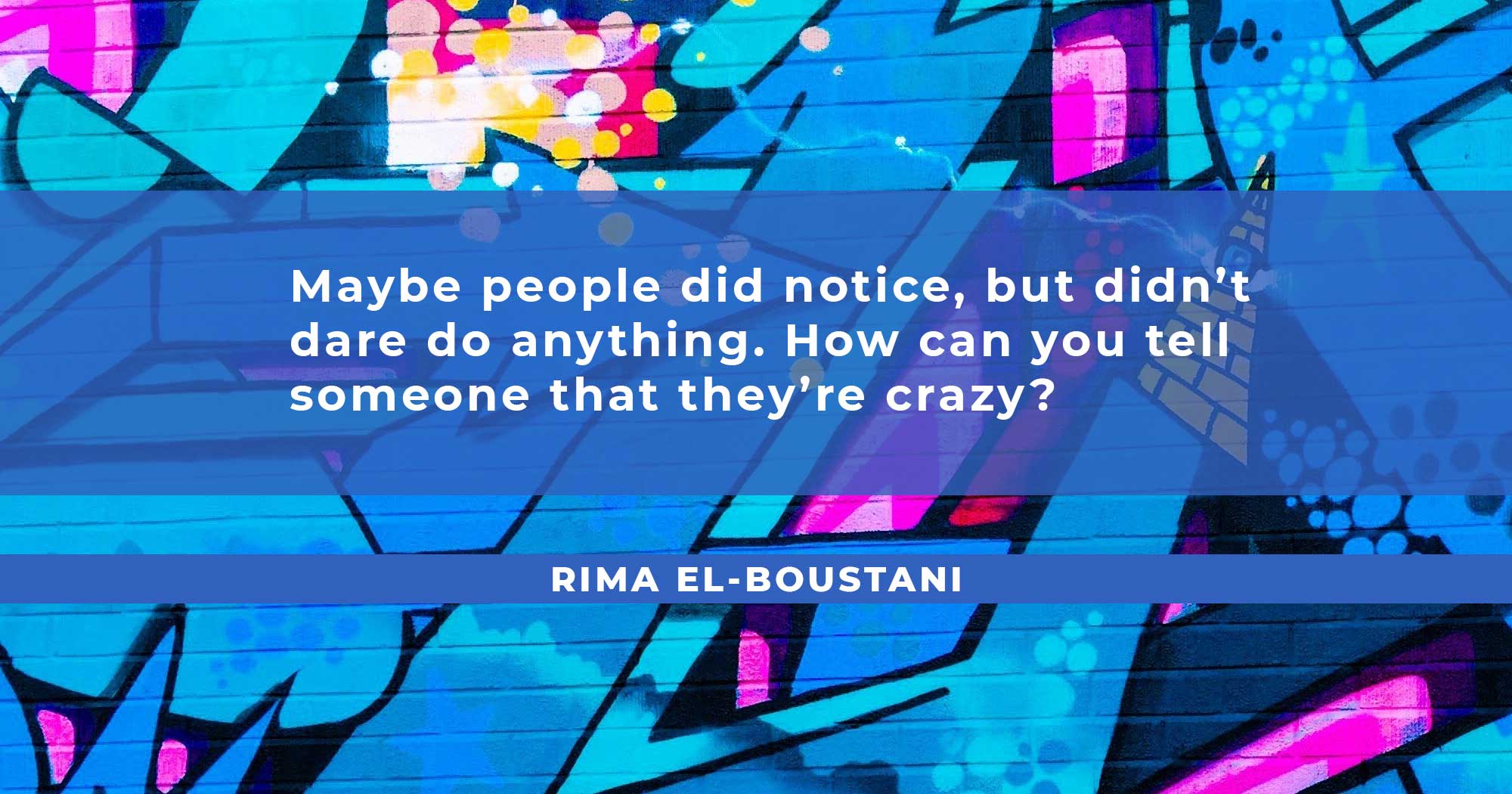 Being admitted to hospital constituted a pivotal junction in my mind, because they said, “you have psychosis.” It was my first time talking to a psychiatrist and it took a while to absorb the cold hard fact that I was insane. Our first question was, “how long until I will get better?” Unfortunately, there was no nice answer.

There were signs, however, signs that I should have noticed, and that the people around me should have seen. One time, prior to being admitted to hospital, I locked myself in a school bathroom and just screamed and screamed but nobody noticed. Or if they did, they didn’t care. That’s how it felt. I isolated myself from friends and family. I existed on a different plane to everyone else. There were countless instances where normal (or abnormal) circumstances could have proved fatal to me due to a lack in judgement. For example, I crashed a bike into a brick wall when I tried to escape from the hospital ward the first time I was admitted—my only excuse was that I hadn’t yet realized or understood what it meant to have “psychosis,” or how dangerous I could be to myself.

Maybe people did notice, but didn’t dare do anything. How can you tell someone that they’re crazy? I made it to two of my exams and had to retake the other four the forthcoming year. Having never failed anything before in my life, this had come as a huge blow to me. I had gone from being a straight-A student to barely scraping by and I just couldn’t deal.

I felt that I had to own this change in my mind and make it mine in order to survive it. It was mine. That meant you couldn’t judge me or say that I’m wrong, because you didn’t know. “My psychosis,” as I would call it, was intensifying more each day and manifesting itself more openly. I couldn’t control it.

Psychosis, in the clinical sense of the word, means living inside of myself. My imagination is what was real for me. I suffered from delusions, hallucinations, and everything else typically associated with the illness. My most powerful symptom, and perhaps one that I to an extent cultivated because I liked it, was hearing voices. These voices would have a certain identity and they were almost addictive, the way a good friend can be interesting. They knew me so well and they were often entertaining. It didn’t occur to me that I got along with them because they were me. Or a fragment of me. 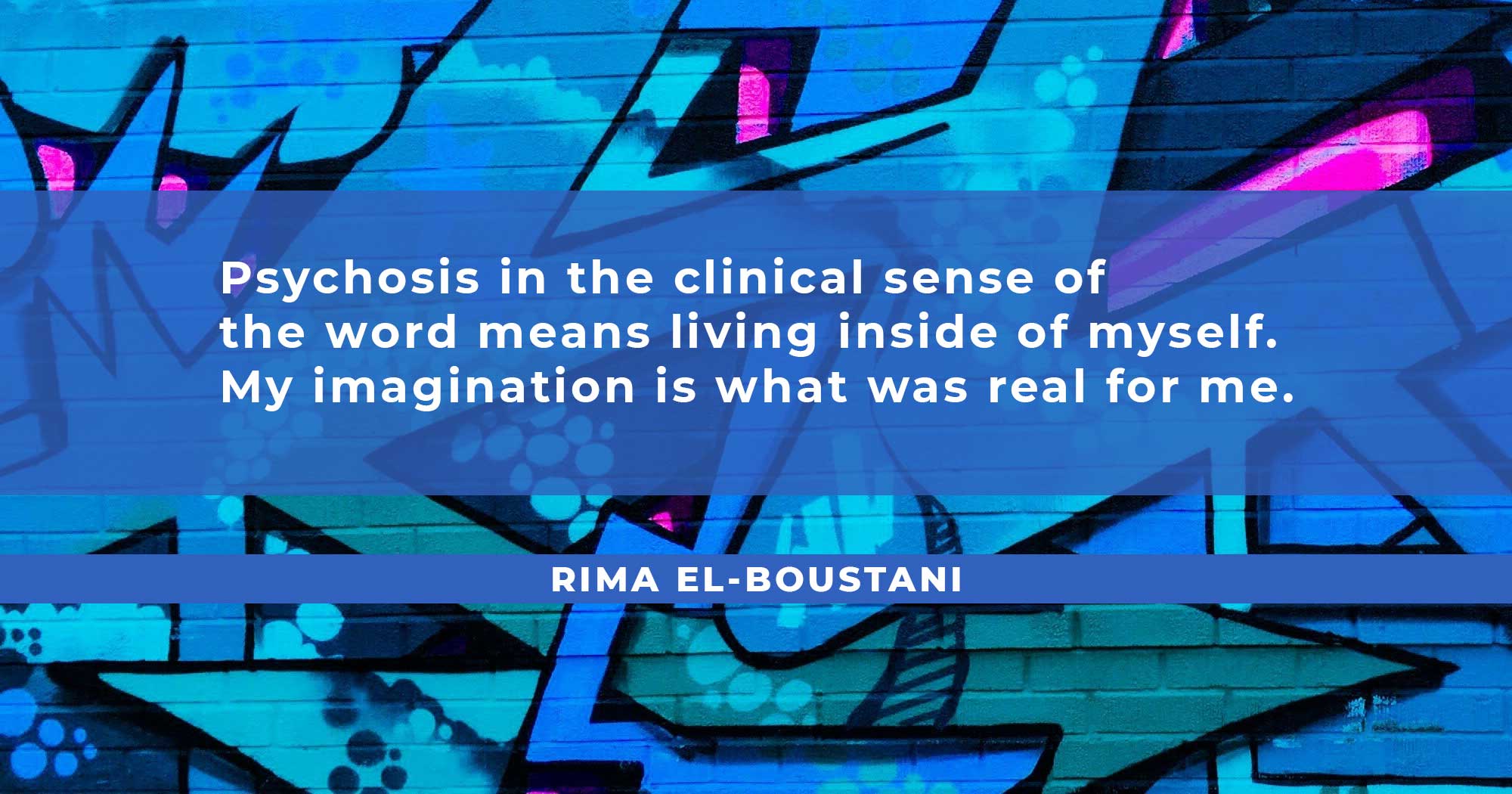 The journey should have been easier after that first junction, but insanity is, if nothing else, unpredictable. I spent many stressful, scary, and misconstrued days in the hospital, while I was under observation. At first, I was confident that I was in a morgue and when I heard the clattering of knives and forks during lunch and dinner hours, I was absolutely convinced that they were waiting to cut me up. Another time I felt certain that the jug of apple juice on my bedside table was in fact urine. As part of my forced care, somebody had to sit outside my room watching me all the time. A normal person might assume that they took this in shifts. I assumed that they were alien-esque, shape-shifters sitting outside, observing me, waiting.

My mother had been afraid to put a label on me, especially if that label was “crazy,” but that label was one of the tools I used to deal. She worried that I might never get out of it, or worse, that I would lose the will to try. She thought that I might like the world I created, that I wouldn’t want to leave it behind. She was afraid of the stigma of taking me to see a psychiatrist. She was not alone in her denial.

Throughout my journey, many things shook my confidence. But there was one quote I remembered from a philosophy class that gave me hope. I thought this one clear thought that has kept me going many times since: “I think, therefore I am.” This philosophical revelation of Descartes’ was my saving grace. It told me time and time again thereafter that, because I could think, I must be alive. Psychosis, by its very nature, could not stop me from being. Instead, it validated it.

The treacherous path, however, was far from over. For years after this, I battled with gods, was humbled by them, forced into prayer and rituals, I fought evil in the form of demons and terrorists, attempted self-exorcism and so much more. Many times, I hallucinated that countless lives were at risk if I moved, fell asleep, or got distracted. A few times I was a computer, other times I was God—the burden was always there, in every thought and feeling. It was very much a kind of self-induced torture. It was truly my own little world and nobody understood it like I did. 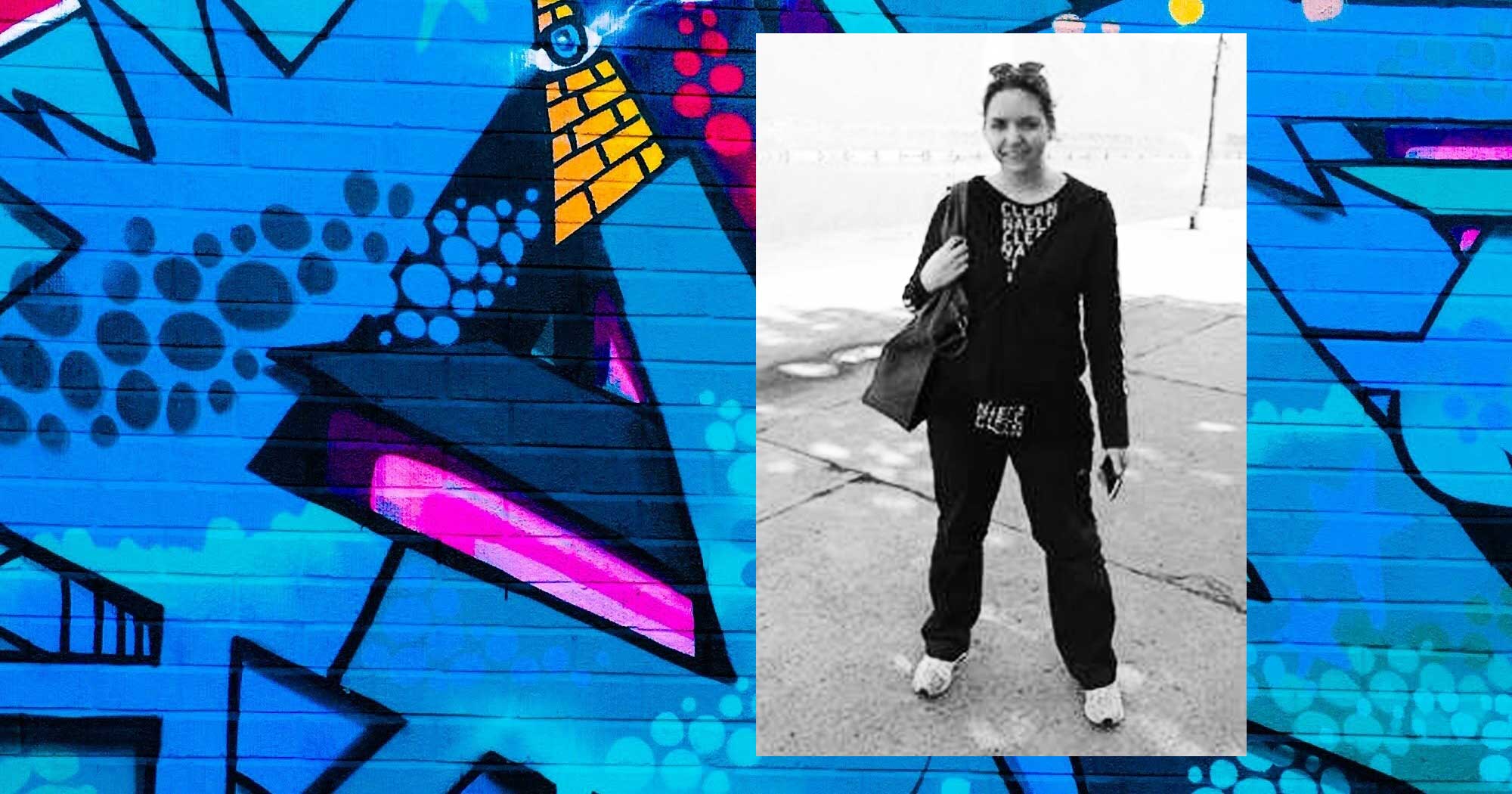 Nothing people said could change how real things seemed to me. My mother and psychiatrist spent countless hours and sessions trying to convince me to see things rationally. They would tell me things like, “do you understand how unlikely this is?” or, “how improbable that is?” “It is impossible that you are fluent in Czech without having studied it.” Things that seemed incredulous to the ‘normal’ people around me made perfect sense to me. It just was.

And, so, I survived another day for a full ten years. Each day was hard, with its own tribulations, its own memories.  Often, I had just enough willpower to go to sleep in those moments where I could not handle the life I was living anymore. Sleep was the best drug I had. It gave me just enough strength to survive another day. Even my better days were difficult because I would always slip back. I had no control of the twists and turns that psychosis took. In many ways, it was its own being. It could choose the thoughts I felt, decide if this day was good or bad. It was alive. And even though I relished the good days, there were only so many times I could relapse back and forth without giving up. Only so many times I could go from good back to bad, always back to bad. But I didn’t give up.

Now, I am in remission and glad of it. I think that medicine as well as a deep will in myself and my family were paramount in my recovery. There were also many practitioners behind the scenes who facilitated my recovery. In Sweden, they have something called a “stödperson”—in short, this is someone who helps you with your daily life and is there to talk. I had a therapist at one point as well as the usual psychiatrist and psychologist. I saw a physiotherapist and nutritionist to help me lose the weight that the medicine piled on me. Also, the medicine is free for a year after you have spent a certain amount on it, as are the visits to doctors. They had an excellent system of support for the sick. There is no “stigma” of being mentally ill, as my mother had worried. Rather there is an acceptance of it within Swedish society. In many ways, Sweden itself, with its system and its people also helped me to accept my illness and to recover. 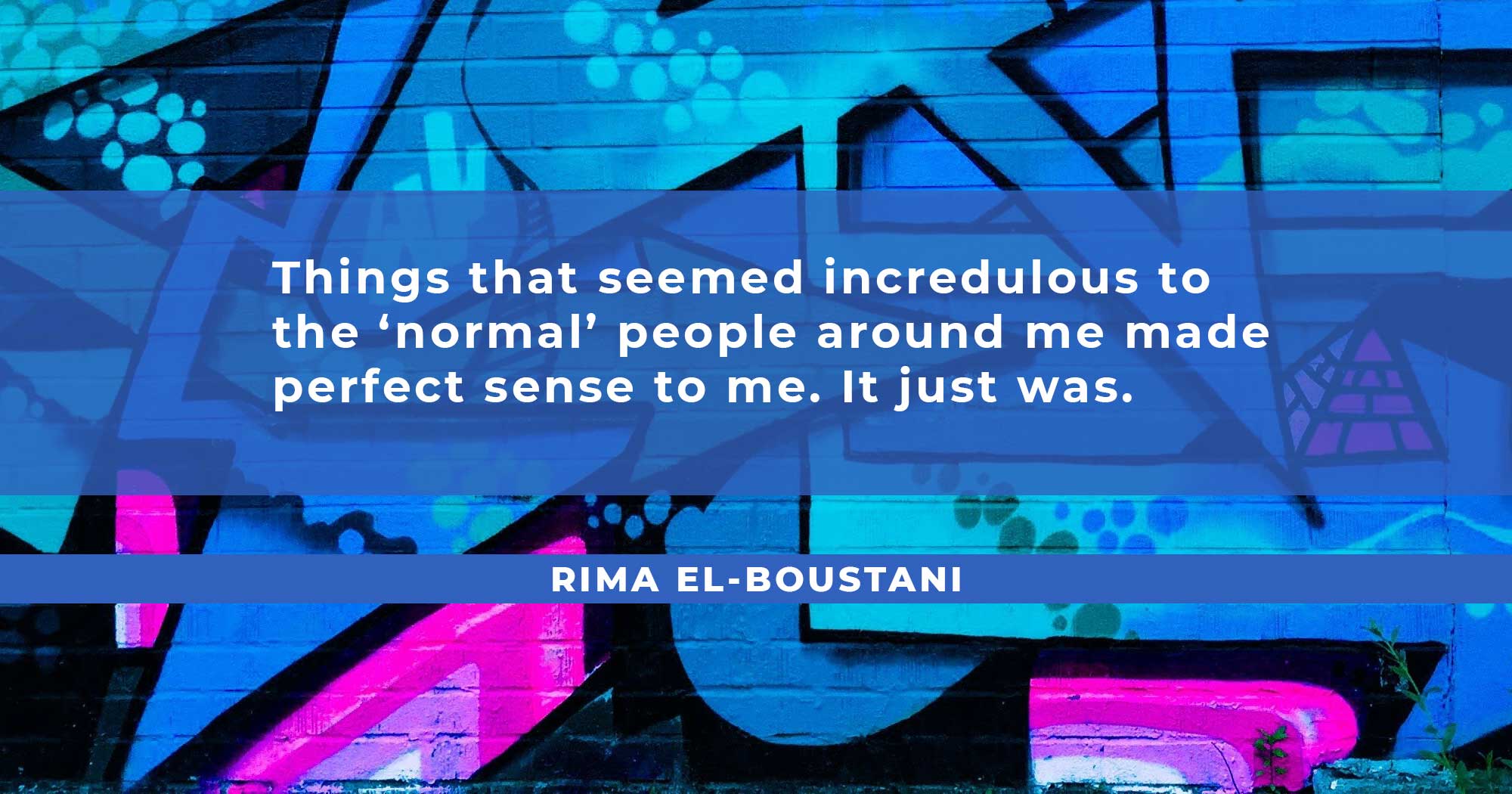 There was no one turning point, but rather a series of turning points. Every time I got better after a relapse I would understand why the things I thought were impossible. That meant that the psychosis had less power. In a way, I used up its reserves. Eventually I came to a point where there were just no more “new” ideas with which to plague me. And I couldn’t believe the same thing twice. I am no longer cocooned in that fantasy life. I now understand that I created it, even if it was my subconscious.

My journey with psychosis is finally at an end. Nowadays, sleep is no longer my crutch. I adopted a dog and walking him has now become the routine that once was psychosis. I also write. In short, everything that was once characterized by my illness has become positive. Everything is normal. It may seem strange, but when you know what an abnormal life is like, being normal is everything you could wish for. 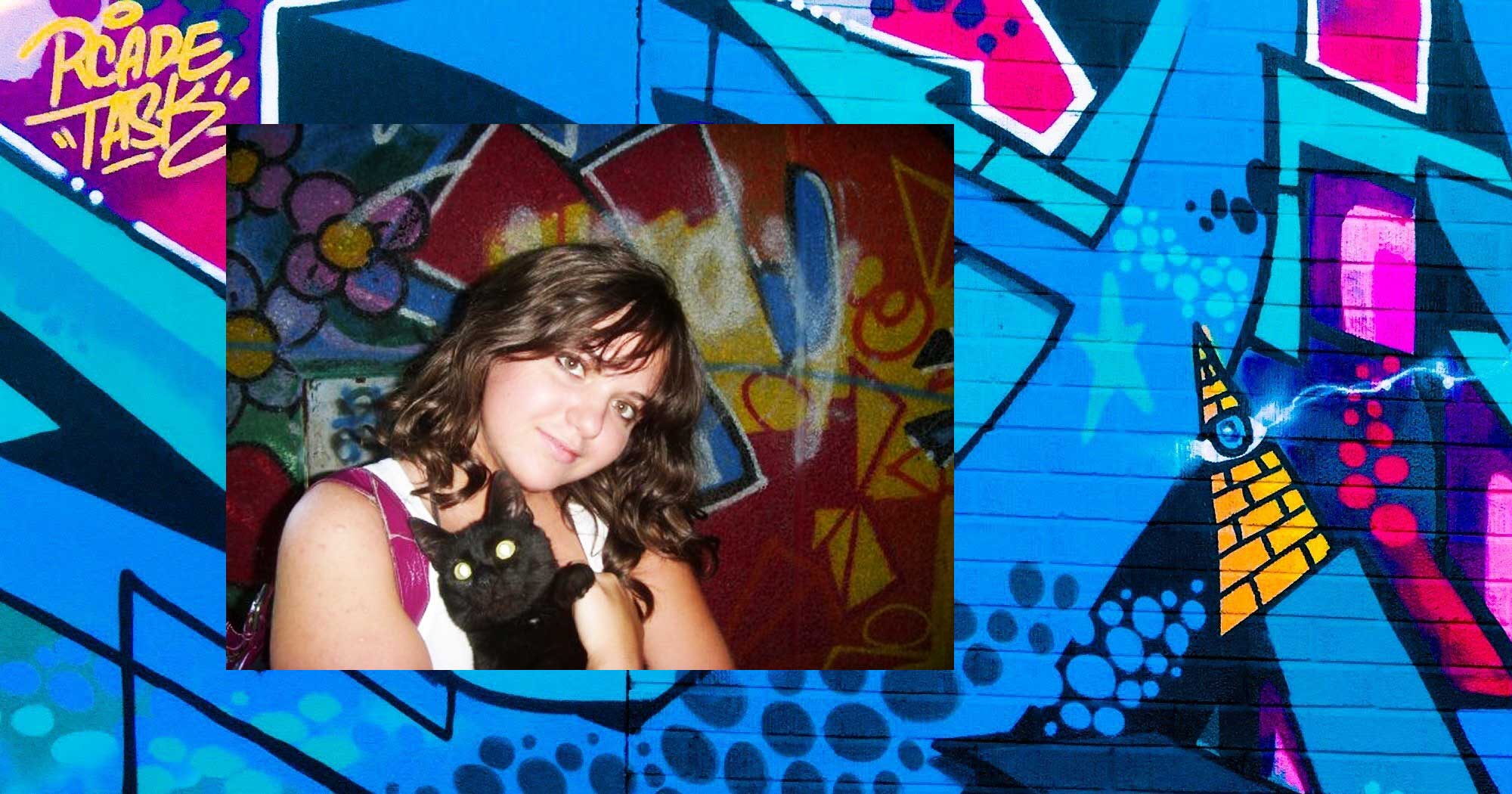 Rima El-Boustani is a Polish-Lebanese student living in Poland. She was born in Qatar and lived in Sweden at the time of her illness. She plans to go back to University and get her degree sometime next year. Eventually, she would like to be a researcher in Economics.

A never-ending cycle: Broken souls having children only for those children to be shattered souls themselves. Because I know that millions experience this, I want to share my story in order to change a life or even save one.