Coloring Sadness: What We Lose, and Find, in a Psychiatric Hospital 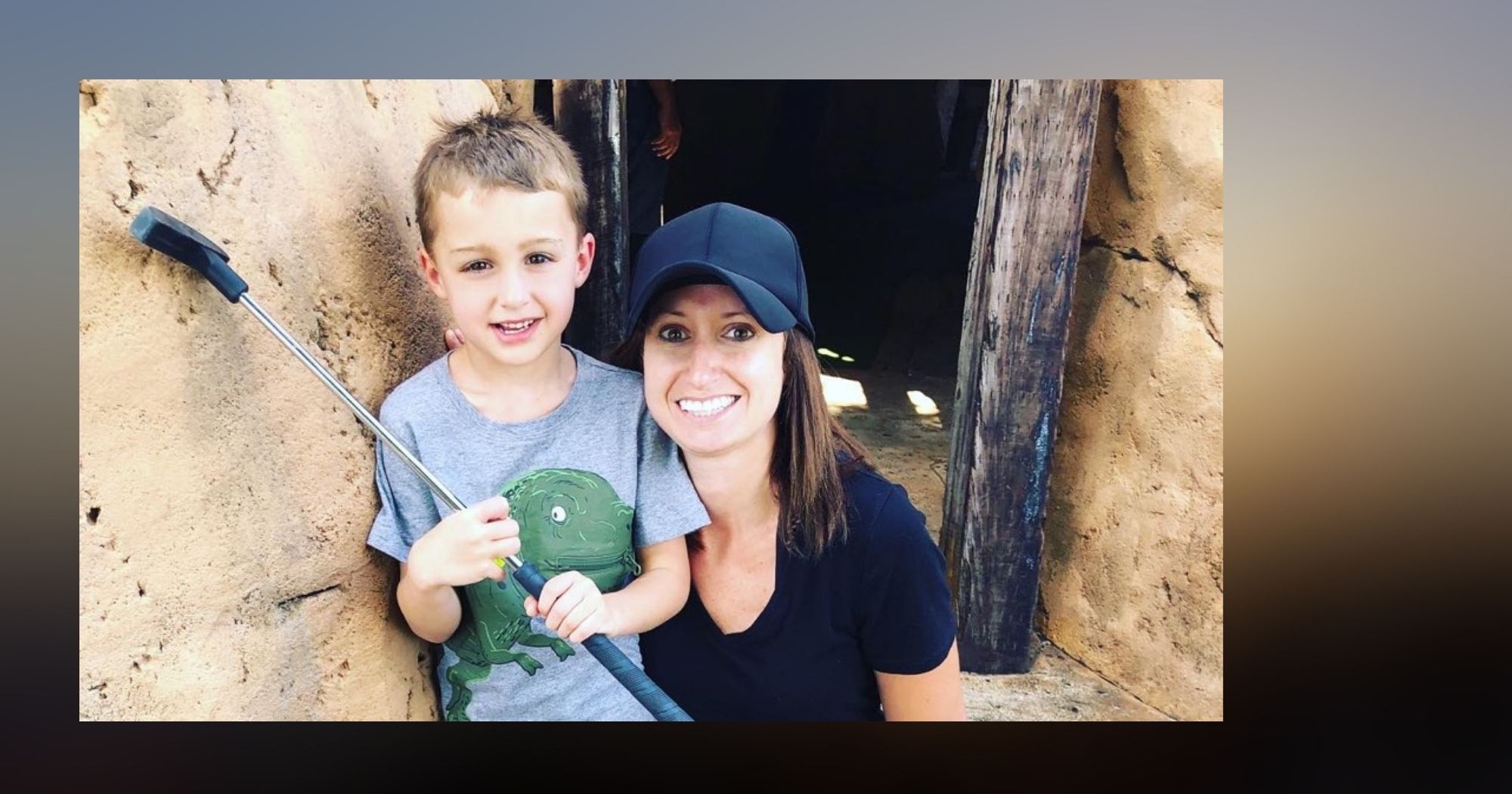 Coloring Sadness: What We Lose, and Find, in a Psychiatric Hospital

The psychiatrist stared at me expectantly; pen poised in hand, dark and penetrative eyes blinking at me. The man was immaculate. Polished. Professional to a fault. His perfunctory “How are you doing?” was not asked to encourage any emotional exploration. He wanted to see evidentiary results, measureable, and demonstrative. Lower blood pressure. Less fidgeting. More energy. I was his psychiatric guinea pig, racing on a wheel; a mixture of chemical compounds concocted to rewire the neurons misfiring in my brain. I wasn’t certain that the circuits had been wired correctly to begin with; therefore, I wasn’t sure what kind of answer was expected.  He was the ‘numbers guy’ and I dabbled in the art of expression. Seldom did our worlds collide. 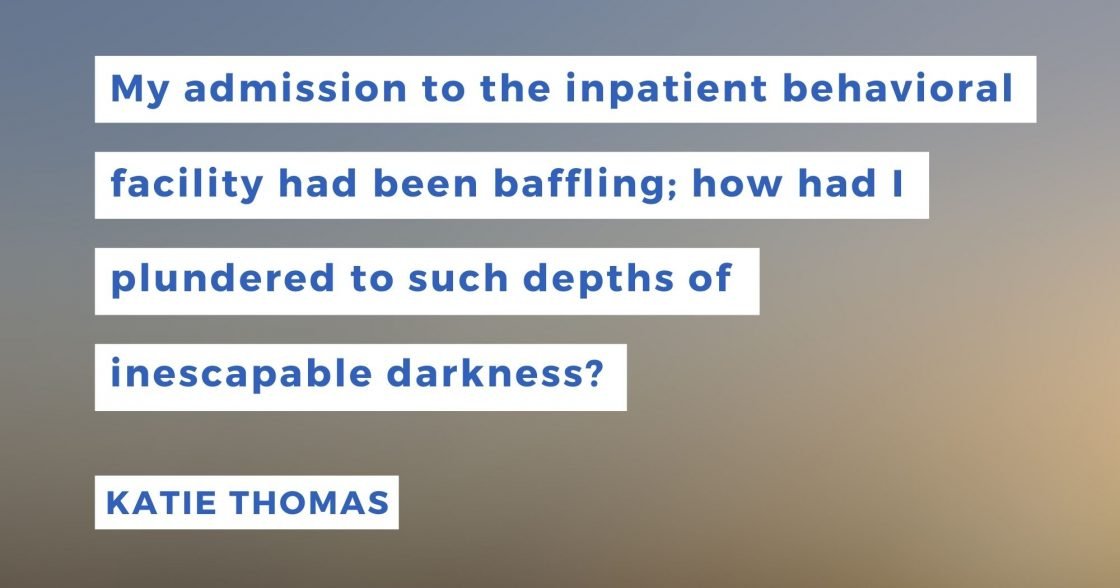 His question left me grappling. My mind was suspended in an alternate universe. My stomach felt queasy and the physical signs of my distress could not have gone unnoticed by the proficient doctor. My legs tapped wildly in front of me, palms sweating, and I picked off imaginary lint from my t-shirt in an attempt to avoid eye contact. My admission to the inpatient behavioral facility had been baffling; how had I plundered to such depths of inescapable darkness? I wanted to go home. Nevertheless, the doctor had a stack of patient files on his desk that leered at me, reminded me that I was only one of many entrusted to his care; one of many who wanted to go home, and weren’t. He wanted a five-minute summation of notable progress when all I felt was stagnation.  He was too busy to spend much time with me, so whatever response I had given him must have sufficed. He closed my file and shoved it off to one side, dismissing me back to the community room. There was an air of finality to the whole, brief affair.

​I could not, however, let my disappointment show. It would only make me seem more unhinged. I left his presence with a dignity that felt foreign to me, as if a puppeteer was commandeering my physical movements. I tried rearranging my features into something indecipherable for the benefit of those in the community room, but my attempt at smiling felt feeble at best. I managed to float to an open table in the far corner of the room without crumbling into a heap of tears. My predicament felt too overwhelming to overcome. Why could I not dissipate into air like confetti?

The patients were an odd adaptation of ‘The Breakfast Club,’ a group full of misfits unified by emotional instability. None of us were psychotic; we did not necessitate the use of a padded room. I wasn’t even sure that those existed anymore. Most patients looked ‘normal’ by physical appearances; we were just a group of people in invariable stages of sadness. Broken people, but people nonetheless. Our separation from the functional world was only in our inability to quantify our level of hopelessness. Words carry a lot of weight. Grief has no exacting translation. 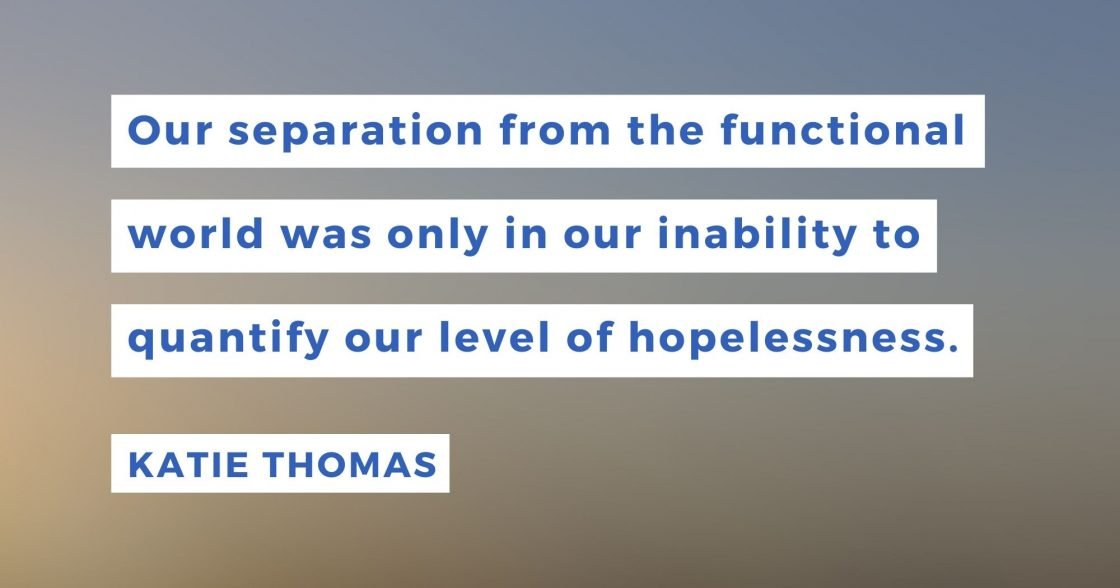 I sat down next to a young, amiable man that had become a ‘regular’ around our community table. He was kind, gentle, and altruistic with his attention. His eyes were a startling blue. His gaze felt personal. The man was handsome but also oblivious to it. I was certain he could make many women swoon. As much, though, as women wanted to concentrate on his face, it was impossible to do so. Our eyes kept drifting down to his neck. We were all aghast. The skin was sewn shut with thick fishing wire, a black gnarl of stitches that implied violence and a sense of urgency. A horrific suicide attempt. His intention had been to kill and not maim. Did the decision spring up all at once? Or was it a slow burn? The jagged incision mesmerized me, confused me, it was a staggering revelation that these incidences were real life and not some fictional body of work. Real people were not supposed to follow through. Or did they? Was the man disappointed or relieved that his effort had been thwarted? I didn’t ask, but it troubled me.

​A woman across from me was sunburnt to a crisp. I watched her from across the table in a state of revulsion; a compilation of dead skin cells fluttered like snow into a pile that covered the tabletop. She was decomposing into ash. The patches of dry skin had developed while she had melted underneath the heat of a smoldering sun. Blistery and red, she laid unconscious at a cemetery. She had swallowed a bottle of pills and had wished to disappear into the same earth that had spit her out at her birth. A groundskeeper had found her and called 9-1-1. 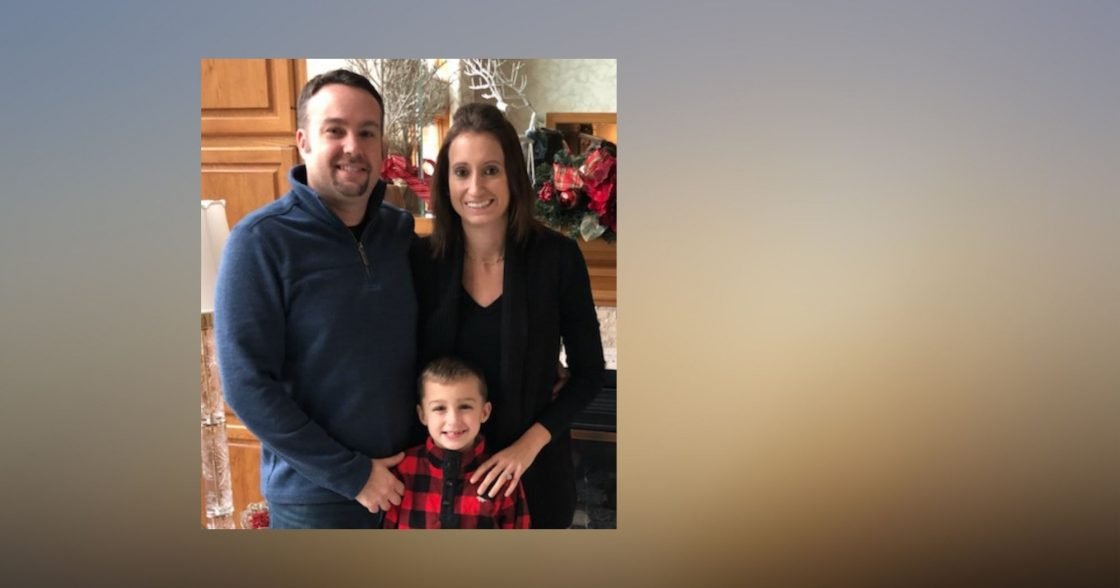 Quickly averting my gaze, I gravitated to one young woman at a table more naturally than the others. We were similar in age, shared the same interests, and enjoyed each other’s company. We killed a lot of indeterminable hours together during our hospitalization. There was a whole lot of free time and not a lot to do. Cell phones were confiscated. One television was shared among an army of people. We avoided our drab hospital rooms as much as we could. They were cold and antiseptic in a way that only intensified my anxiety. It was an echoing reminder of our isolation from the world. I could at least pretend to have a sense of normalcy while in the presence of others. 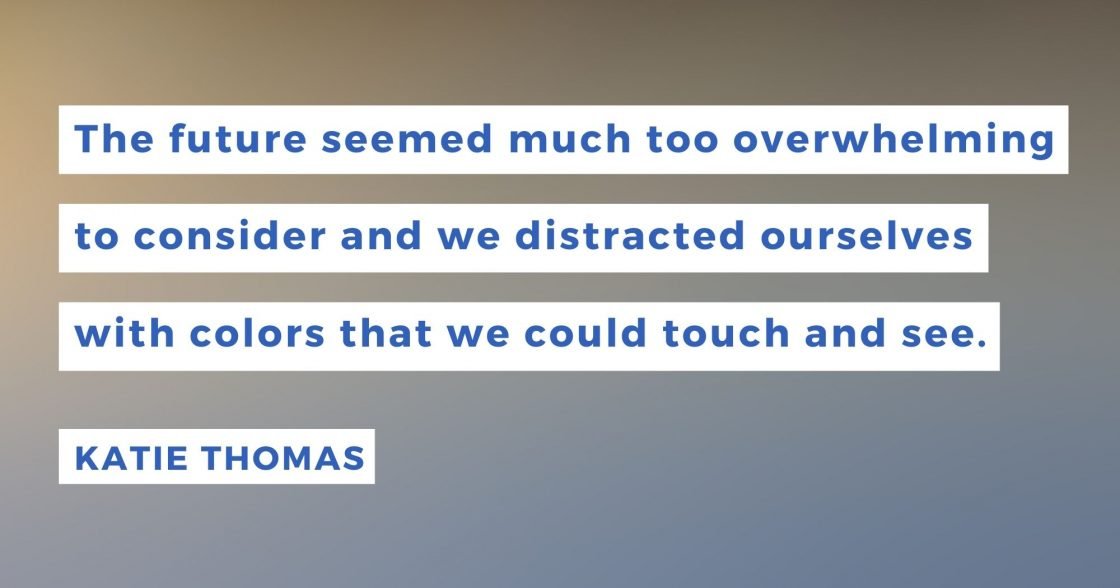 She and I would color from an endless stack of coloring books. I should have been affronted by the juvenility of such an activity, but it calmed me. It let my brain wander to more desirable places. We’d sort through nubs of broken crayons and take out the best ones, stockpiling our collection, until we had the most enviable ones on the floor. The exercise gave us a joint purpose; we could concentrate on something that felt achievable and within our reach. The future seemed much too overwhelming to consider and we distracted ourselves with colors that we could touch and see. Butterflies. Flowers. Smiling children.

​This was a strange way to form interconnectedness with another person but, somehow, we did. She made me laugh when I didn’t feel like laughing. She was thought-provoking. She also made me a little sad. The woman had divulged at one of our many coloring sessions that she had tried to kill herself.  I could not imagine a world robbed of her enamoring soul. I understood her anguish. Our unanimity was as if the same weight was tied to both of our ankles. It was a matter of tolerability.  Her pain was dark, murky. Swallowed up by an ocean. I was still kicking to the top, but neither choice was enjoyable. 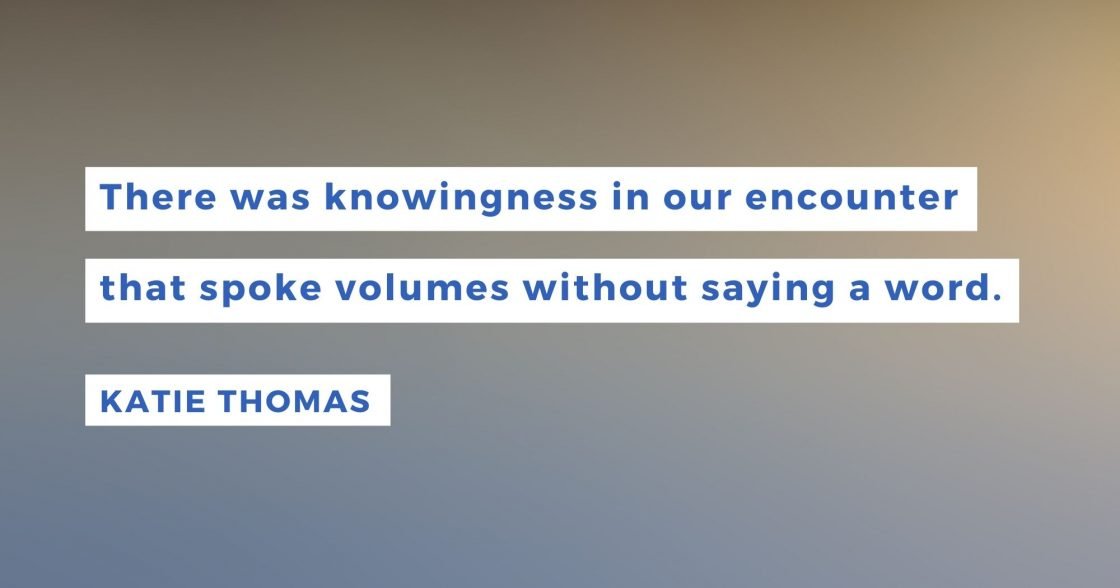 I would love to say that she and I had kept in touch when we had completed our hospitalization. We didn’t. Perhaps the painfulness of our experiences was something that we both did not want to revisit. It was too raw. I thought about her often, remembered her gentleness, and I prayed for her. I wished good things for this woman in the same way that I wished for my own healing. It came as a surprise that I ran into her several years later: My day had started off as indistinguishable. I had since married. Given birth to a son. My new psychiatrist was wonderful and I didn’t dwell on my past. A miracle, really.

And yet, as I was taking my young son to an annual visit at the pediatrician, my eyes scanned the entirety of the waiting room. My eyes landed on hers. There was a flicker of recognition. We smiled at one another. She had a baby wrapped around her waist and I thought she looked so content. Fulfilled. I looked down at my own son, mesmerized by his full lashes and slobbery giggle, and wondered if the sight of us had warmed her too. We had come full circle. There was knowingness in our encounter that spoke volumes without saying a word. I left the office feeling heavy. Strangely bewildered. Thankful for the moment that felt divinely appointed to perfection. We were thriving. Living full lives and not muddling through.

I cried the entire way home. 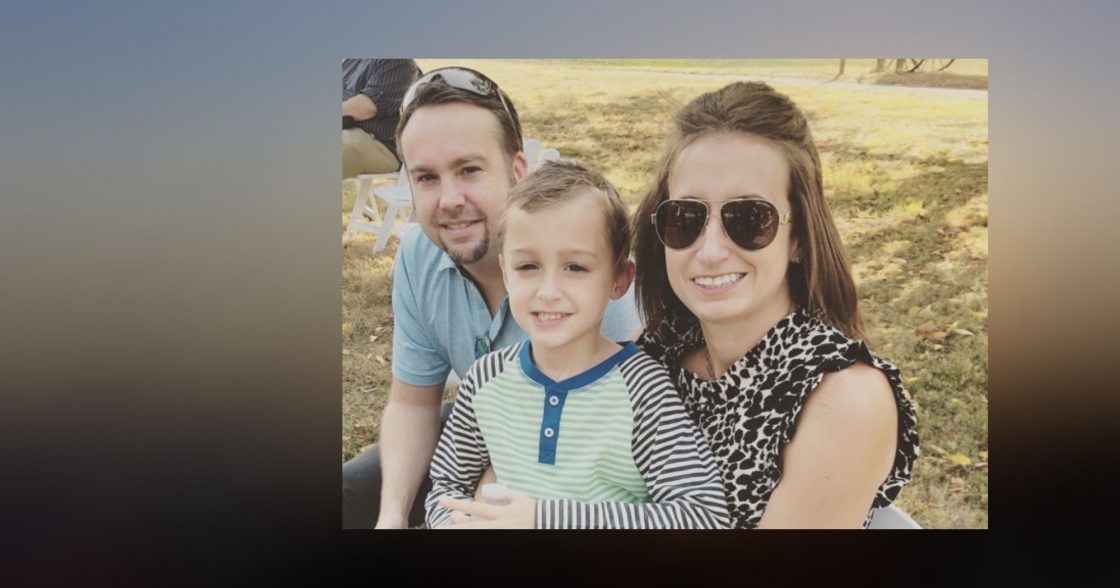 Catherine Thomas, better known as ‘Katie,’ is currently a stay-at-home mom. She stays mostly busy by chasing after a young son and writing for fun. Daughter to a Methodist minister, Katie has lived overseas with her missionary parents and currently resides in the United States with her husband and family. Diagnosed with ‘Major Depressive Disorder’ in early adolescence, Katie has spent numerous years combatting the debilitating illness and journaling the experiences. When not writing, she enjoys hanging with her family and pup, meeting new people, and laughing with friends.