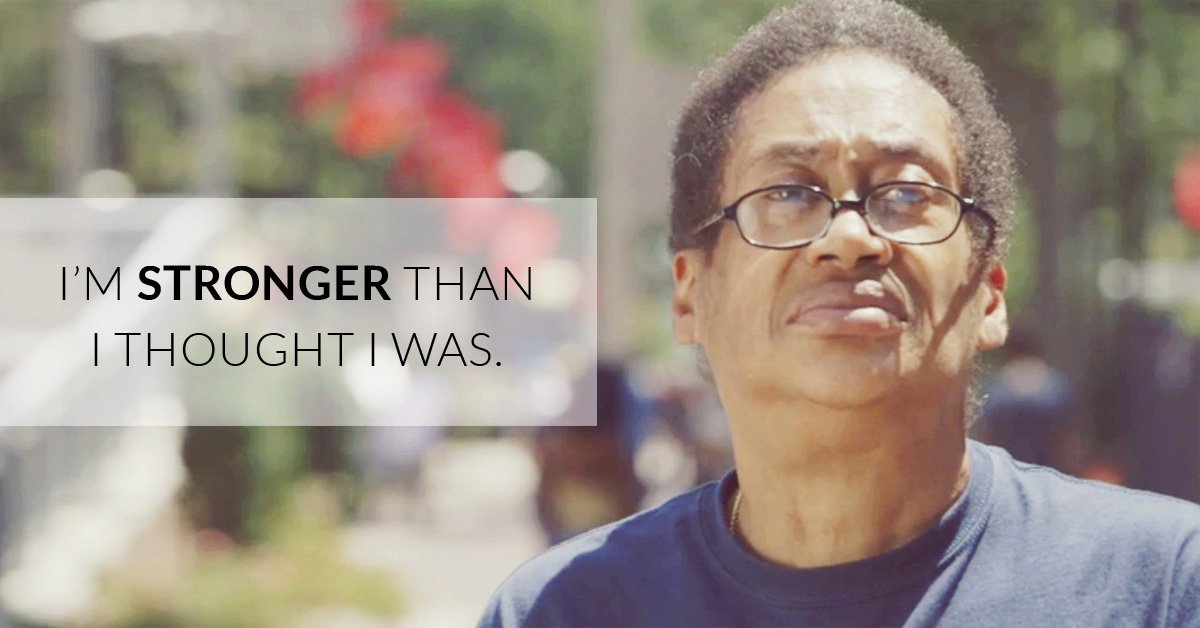 Excerpts from an Interview with Hyacinth:

At first when I heard voices I was like, “Wow, God’s talking to me.” Voices are coming out of the television. My voices were telling me that my parents were trying to hold me back, to get me into trouble, to kill me actually.

So, I just got in my car and just drove into the wild blue yonder.

I first met Hyacinth King seven years ago, when I was working on OC87: The Obsessive-Compulsive, Major Depression, Bipolar, Asperger’s Movie. I was co-directing the film with Scott Johnston and Bud Clayman (Bud is the founder of this website and the subject of the film).

Bud and his mother were supporters of Project HOME, an inspiring and super successful non-profit organization located in Philadelphia. Project HOME empowers people to break the cycle of poverty and homelessness through affordable housing, employment, health care, and education. Since 1989, Project HOME has developed nationally recognized programs that have proven that homelessness can be solved.

We went to Project HOME to film an interview with Sister Mary Scullion (one of the organization’s founders), about the connection between mental illness and homelessness. Afterwards, Sister Mary introduced us to Hyacinth.

I was first struck by her beautiful name. Then, by her compelling story.

Hyacinth told us of her journey from private school to private hell, as she wrestled with the toxic combination of schizophrenia, drug abuse, and homelessness.

I was born here in Philadelphia. Raised in Philadelphia. I went to Friends Select from Kindergarten through 12th grade. Here I am this middle class black girl. I’m very proud of my heritage and being able to attend such a private school. I wanted to be a lawyer or a doctor.

You know how each generation wants the generation after it to be better? That’s what my parents were focused on, that, and not have to work as hard as they did.

My mental health came down on me in my junior year of college. I went to Temple University. I did graduate, not with honors, let me tell you. My last two years were quite a struggle.

It’s hard to comprehend what you’re reading if there’s voices in your head that are constantly taking up space that you’re trying to reserve for something else.

In her junior year of college, Hyacinth was struck by schizophrenia. This is a time of life when mental illness strikes many young people. Voices in her head told her that her parents wanted to harm her. “I had no idea what was going on with me in my brain, ” she says. The family had no experience with mental illness. “My father was like ‘You need to pull yourself up by your bootstraps.’ My mother said ‘she’s trying her best.’” Still she struggled. And though she graduated from college, she ended up homeless for four years. 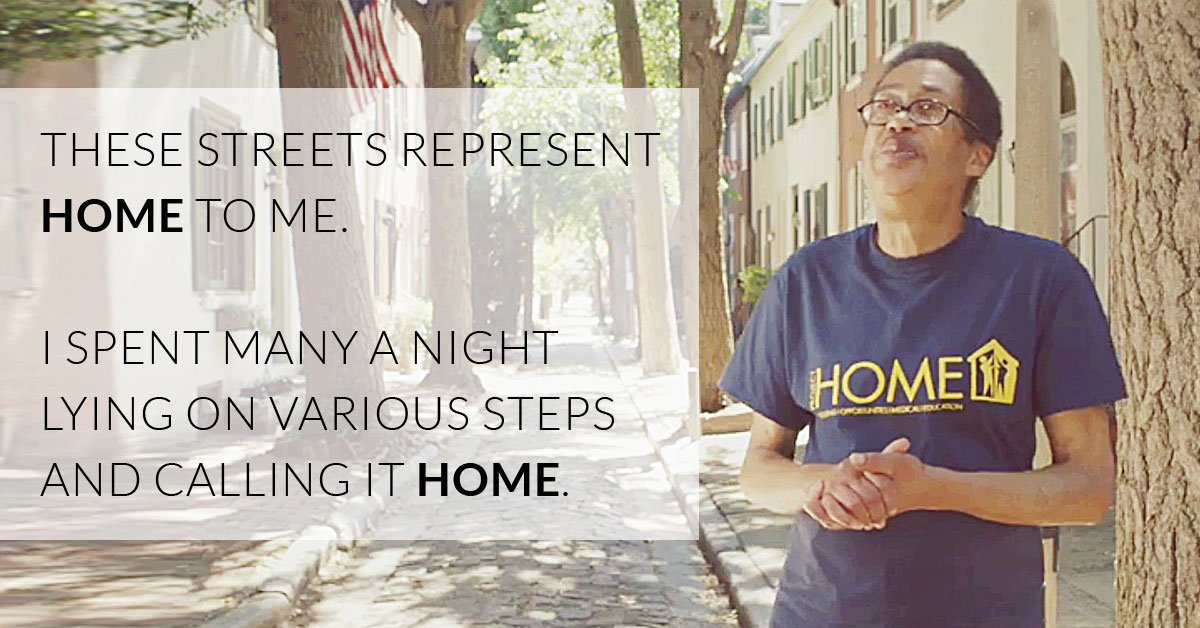 Shelters weren’t an attractive option — she tried a few — but preferred to remain alone, sleeping in a refrigerator box on the little streets of Philadelphia. She did seek help, frequenting area mental health facilities and drug and alcohol rehabilitation facilities, but none were equipped to help Hyacinth with both her addiction and her mental health.

Being homeless is very lonely.

My family hadn’t given up on me. My mom used to come and look for me and when she found me I’d have to move my box, my home, to someplace else so she wouldn’t know where I was because I was still being symptomatic about my parents trying to hurt me.

The turning point was in my clarity, an outreach worker from Project HOME got to me and asked me “What did you want to be doing five years from now?” and I could not say I wanted to be in that box for another five years. 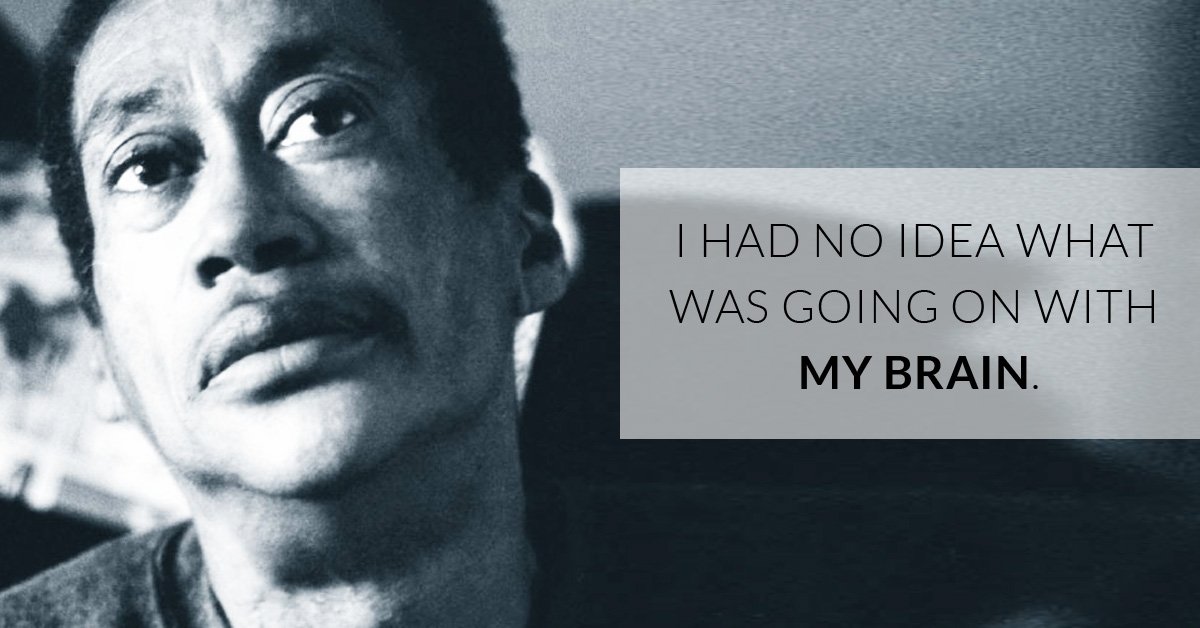 In a “moment of clarity,” Hyacinth says, she decided to give it a try. Project HOME has been home ever since.

Project HOME was just everything that I needed.

First off, I had a roof over my head. That was some stability there. You can’t beat your mental health problems if you’re not stable. Stability is number one. Number two is to have someone — a good support system behind you.

Hyacinth shares her story willingly, in hopes of inspiring others. She is a member of Project HOME’s speakers bureau, which tries to educate the public about the realities of homelessness and poverty.

I’m fortunate enough to be employed by Project HOME, for like the last 16 years I believe, and I’m in the outreach department.

The reason that a lot of people are homeless is that they have mental health diseases. My hope for them is that they don’t spend another winter on the street. Winter is outrageous. Just outrageous. 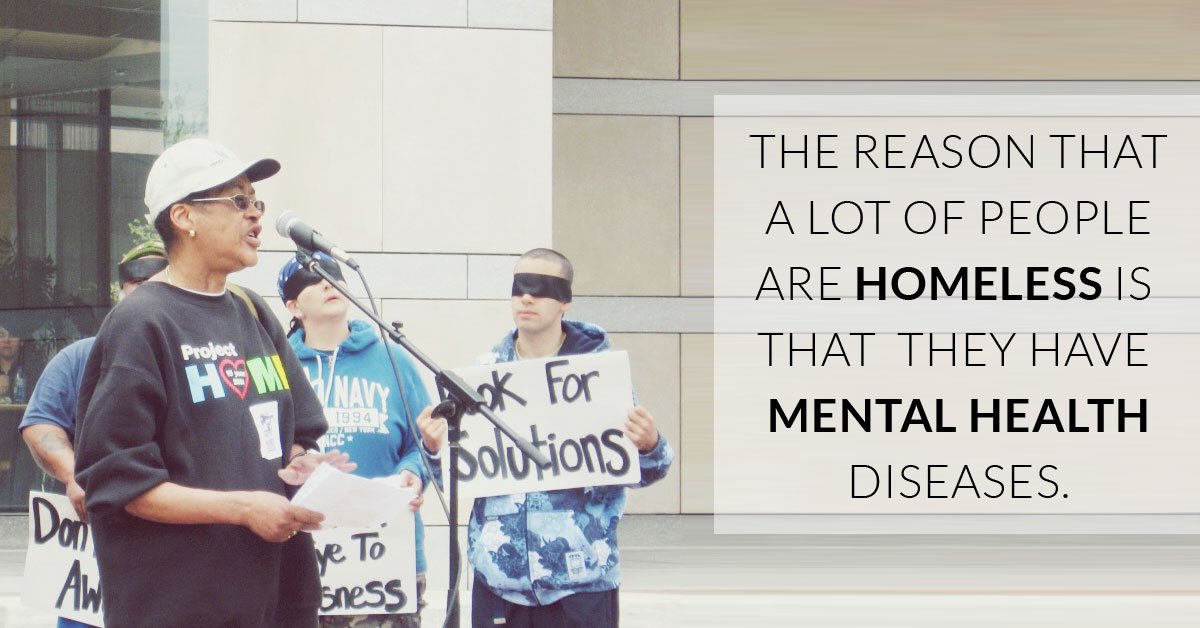 Together, we decided to visit those locations of significance in her life as a way of telling her story for this short film. She was enthusiastic about visiting the campuses of Friends Select School and Temple University, and the Center City streets that were once her home, to recount her journey chapter by chapter, as it were. I was concerned that a visit to the very streets where she slept in a cardboard box for many years might trigger some strong emotional reaction, but she reassured me in our preproduction meetings that she would be fine. And she was. In fact, passers by stopped to listen to bits of our interview on site, and were impressed by her strength and wisdom. I was, as well.

Hyacinth has a warm and friendly demeanor, a gentle presence and a terrific sense of humor (she calls the cardboard box she slept in for four years her “condo”). She is still a fan of math and science (she built her own computer!), and is a lover of animals, especially dogs.

There is a deep appreciation in her voice when she speaks of all that Project HOME has done for her. They helped her find the right medical care, provided her with employment and a permanent place to live. However, I can’t help feeling that now — 18 years after she first passed through the front doors at Project HOME — that the community there is also grateful for all that Hyacinth has done for them. She has worked in almost every department at the organization, was a member of the board for nine years, and is a tireless advocate and frequent public speaker, communicating a message of dignity and hope to many groups.

“I’m stronger than I thought I was,” she remarked when we were filming on the very streets where she used to sleep.

My mom told me on her deathbed, “You stay there.” So I stayed. And I’m not sorry that I did. I’m here. I’m here for the long run.

There was no future for me. That was my opinion of myself. I had no worth. It was only after my mom and dad and I started to bond that I felt I had a future, possibly, going for me. After I came to Project HOME I was like, “Oh hell yeah, there’s a future!” 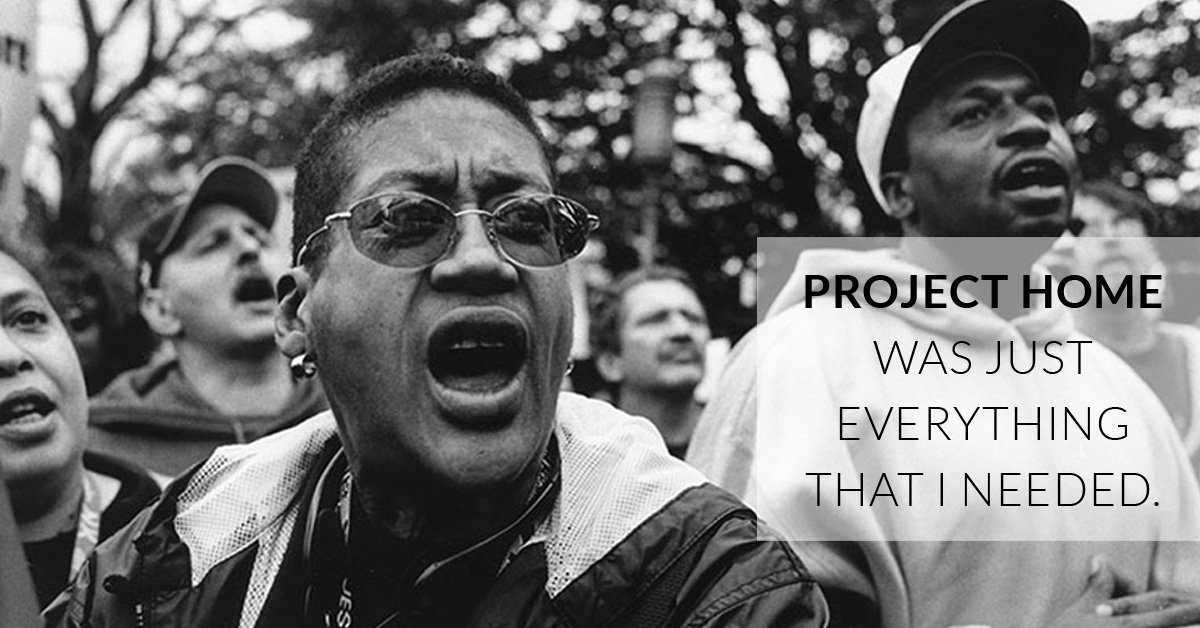 As we followed Hyacinth on her outreach routine — where she scours the city to help those who are currently ensnared in the tangle of mental health issues, drug addiction, poverty and homelessness — I couldn’t help but agree. Hyacinth, whose journey home was sparked by an outreach worker at Project HOME, is now an outreach worker herself. And though it’s heartbreaking to know that a life full of promise was interrupted by mental illness, it’s inspiring to see that her life’s purpose has been revealed after so many years of struggle and pain.

“Young, Black and Bipolar” helps people navigate through the craziness of accomplishing a normal life after being diagnosed with bipolar disorder.