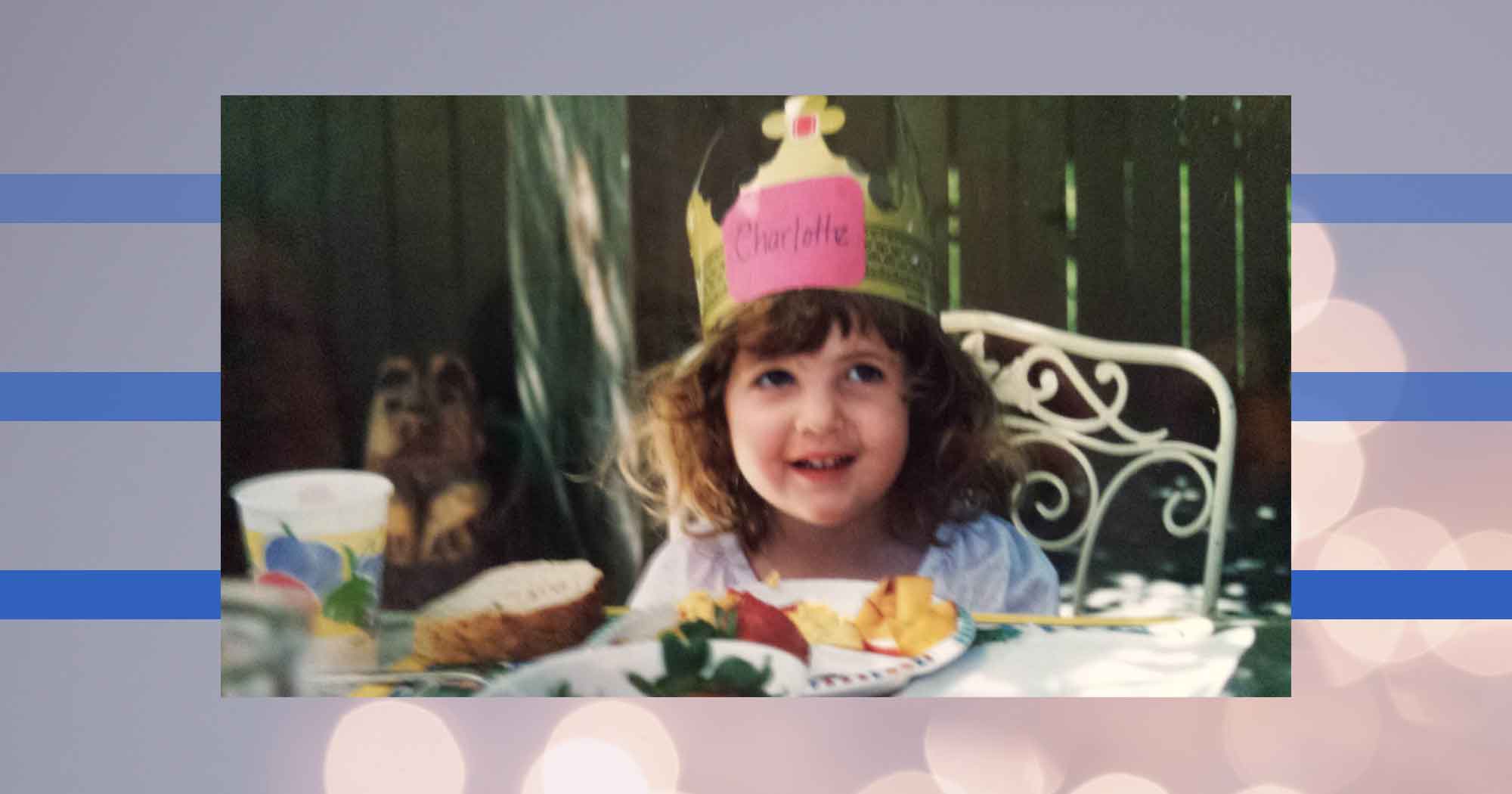 Typing that title just scared the living shit out of me. My face is flushed, I’m sitting alone on my couch and looking over my shoulder as if someone is going to walk down the stairs and bust me. Writing about passive suicidality is scarier than the writing I do about my anxiety or my eating disorder. I often talk about how, in my mind, there’s a hierarchy of mental illnesses; their perceived severity and their potential danger. It almost always goes like this, from “least severe” to “most threatening”:

My logical, rational mind knows that eating disorders actually have the highest mortality rate of any mental illness, especially anorexia, and I have been diagnosed with atypical anorexia nervosa. My emotional, sometimes irrational mind is scared to death of my depression, hence its “place of honor” on my list of terrors. Growing up, mental illness was not something we ever talked about. It felt as though mental health didn’t really need to be talked about unless there was a reason for it, if someone had something going on. It was almost as if, the less we talked about it, the less likely we’d be to actually go through these experiences. I get it; mental illness is scary and talking about it makes it real. The only time I ever remember therapy being brought up was shortly after my parents got divorced, when I was in first grade. At the time, I was adamant that I didn’t want or need to talk to someone. I was young, happy, and carefree, so why would that ever apply to me? As I got older, I started to recognize the signs of different mental illnesses throughout my family. More than anything, I saw how badly avoidance of these feelings and emotions was hurting them. It was like a slow burn, spreading through their bodies, but they liked to pretend they weren’t on fire.

These feelings were so repressed, so pushed away, pushed aside, and pushed down, that talking about mental illness beyond having anxiety became so taboo, so dangerous, that I couldn’t imagine giving voice to any of it. Sometimes I still feel this way. I was at a doctor’s appointment about a year ago to view MRI results and see whether I should have surgery, and my family came with me. The nurse had to ask the requisite, “Have you felt down, depressed, or hopeless in the last two weeks?” Before I could answer, one of my family members quickly joked that, “You better not!” I shook my head no, of course not, and pushed my true feelings deeper down inside. You know; where they belong. 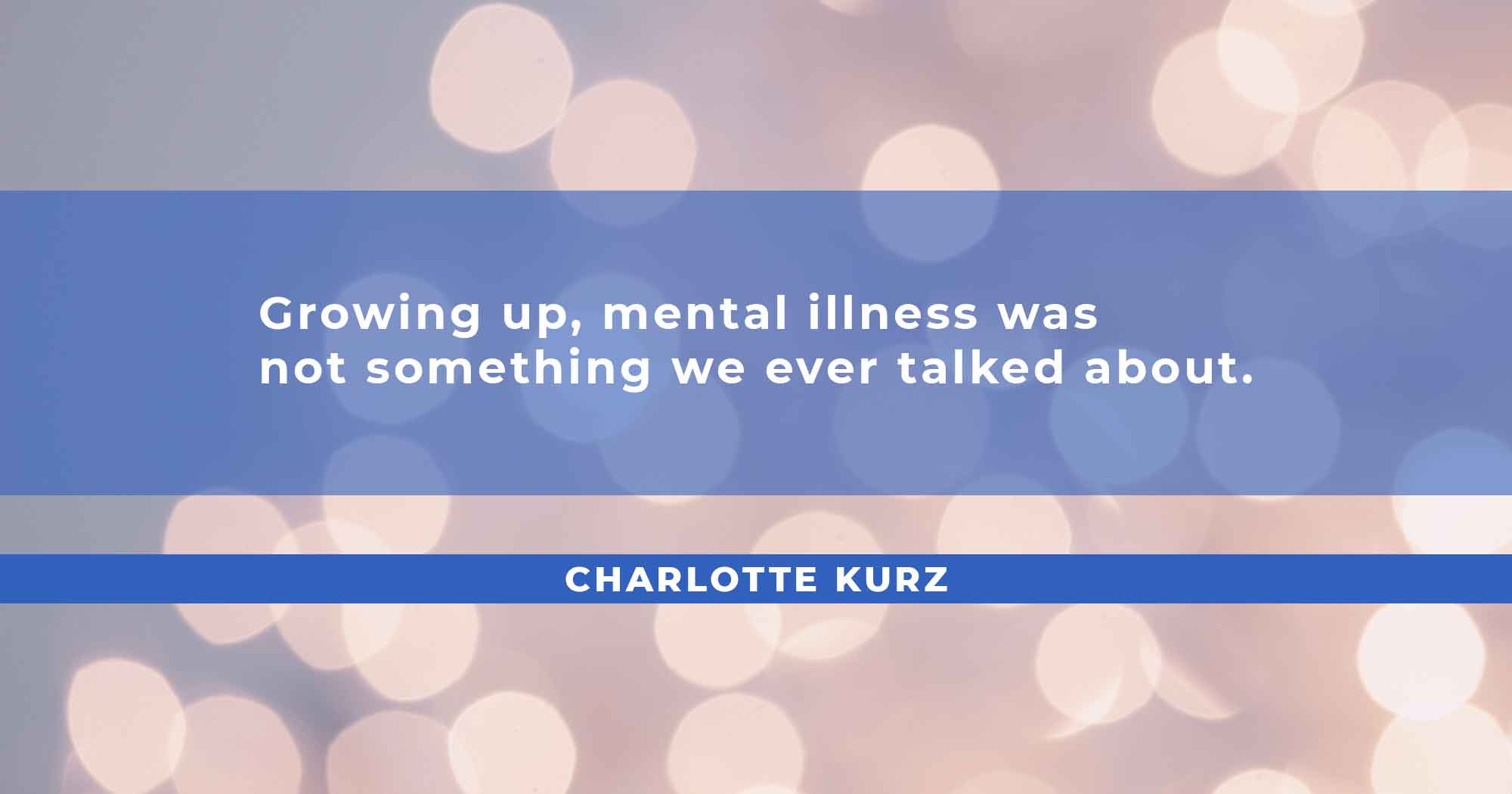 By the time I was in college, I only had two pictures of what people with depression looked like. They were both intense, terrifying, and they haunted both my family and my friends. My limited knowledge of my family’s history with mental illness was that when I was in first or second grade, my uncle Scott, died by suicide. That’s all I ever found out, and it never felt like something I could ask about. Even now it’s almost like the pain is too deep, too raw, to ever explore, outside of my own head, that is. My mind filled in that it must have been depression, and I moved on from there, holding this close to my confused heart.

If I ever had willingness to speak about depression before, that urge quickly went away after my freshman year of college. I had a roommate, with whom I instantly clicked. We became inseparable, like sisters. All of the signs of major depression and other mental illnesses were there, glaringly obvious as I look back on this time. But I was eighteen; young, naïve, and absolutely clueless about what mental illness looked like. That is, until one night in May when she got extremely drunk and apologized to me, through tears, about what she would eventually do to herself. No one took the proper actions, including me. A couple nights later, she got drunk and attempted to take her own life. Thank God she survived and was later admitted to a behavioral unit at the local hospital, where she was diagnosed with major depression. 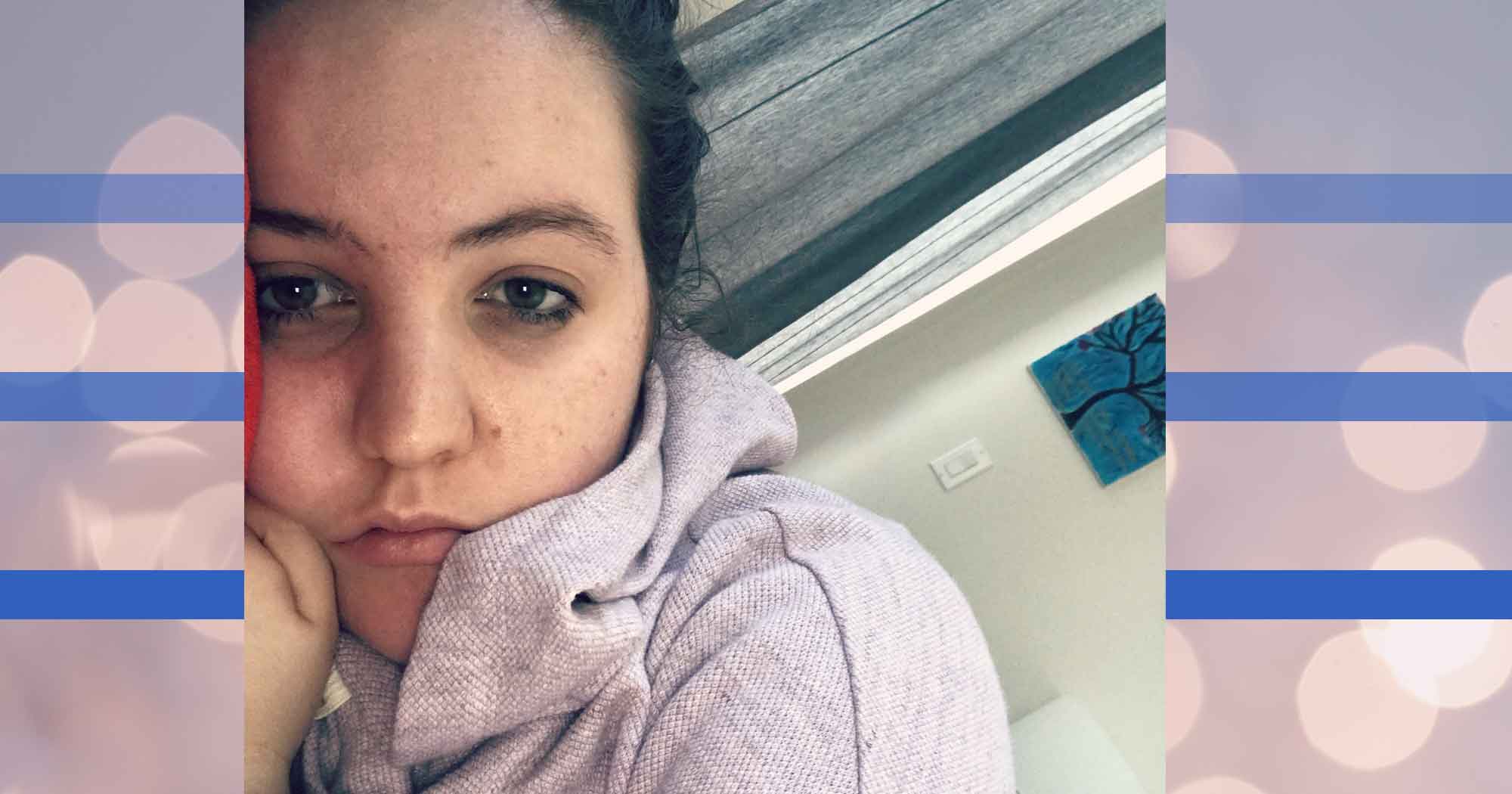 In a way, I am grateful that I was thrown into a situation where I was forced to learn about mental health. Seeing first-hand how intense and real mental illness is meant that we could no longer stand ignorant on the sidelines while others were suffering on the field. I became more attuned to what was going on with others around me, and it is through my coming to terms with this experience that I eventually was able to recognize my own signs and symptoms of mental illness. I also have come to appreciate the increase of the mental health landscape on college campuses, with more awareness events and peer encouragement to seek help when necessary.

However, with the stark and traumatic examples of my uncle and my roommate being my only references for depression, I never thought that I could be depressed. My feelings and experiences didn’t match the intensity and severity of their lives. My struggles didn’t “measure up.”

It makes a lot of sense, logically. I have an anxiety disorder and an eating disorder. Mental illnesses are almost always co-morbid, and these three generally go hand-in-hand as diagnoses. But it was still hard to see this.

It took two years and three therapists before I finally broke the silence about my being depressed. Prior to this, I had no formal diagnosis of depression, and had always avoided talking about anything that could point the therapist to depression while I was under their care. This always felt like a conscious choice, that somehow, by silencing my depression, it wouldn’t be there. If I didn’t speak its name; it couldn’t hurt me. 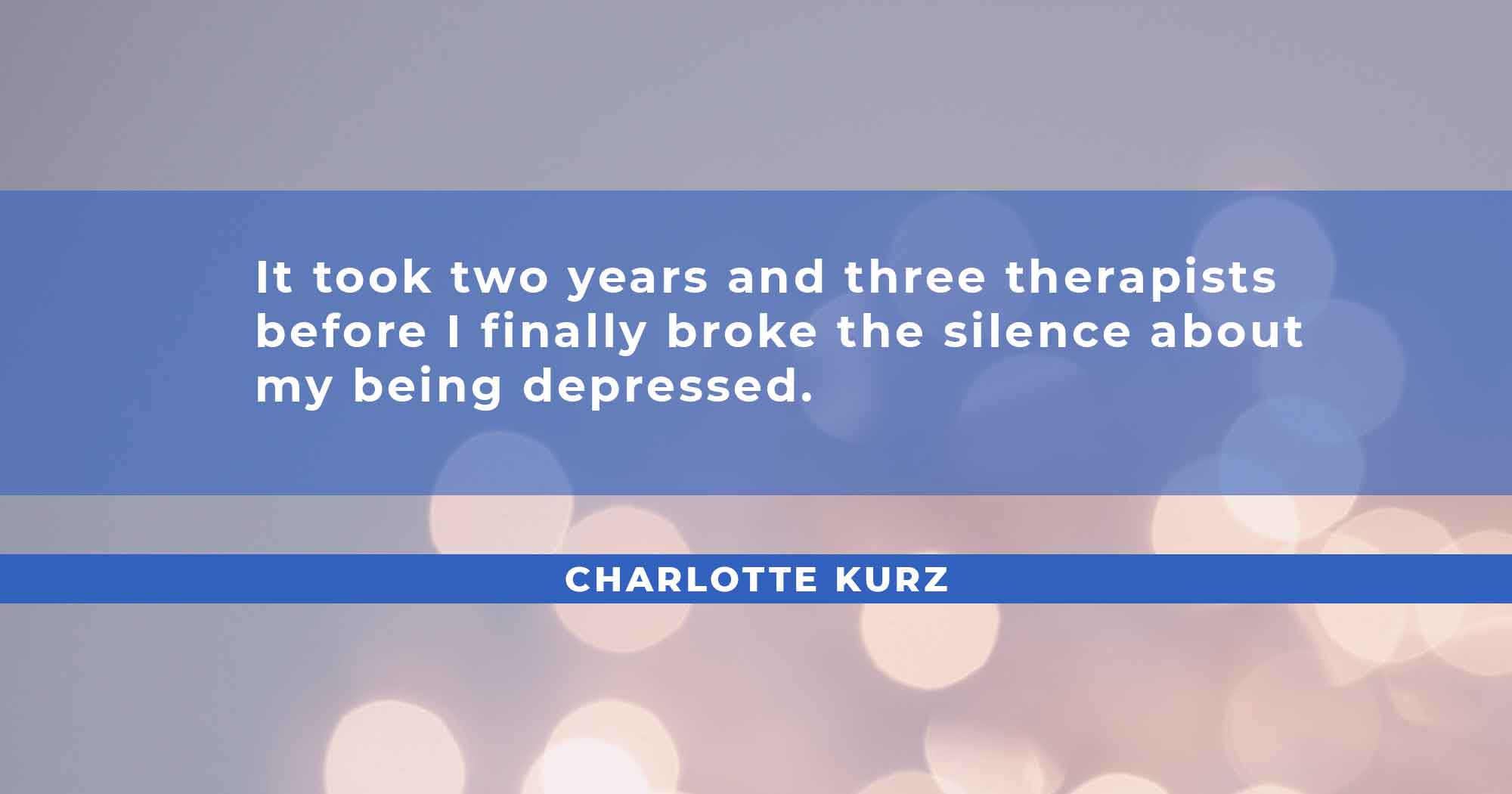 My new therapist, however, was too good at her job, for which I am extremely grateful. She saw right through my charade and I eventually started speaking up about my experiences with depression, especially more so after graduating college and moving to a new city.

I finally felt comfortable enough to open up about the terrifying, gnawing feelings I would get sometimes. When I was feeling overwhelmed, extremely anxious, or rejected, I would get recurring thoughts that I would be better off if I simply weren’t here anymore.

Sometimes these thoughts would come up when planning something felt too complicated, or when I started to feel like what I needed was too much of a burden. Sometimes they would be very simple thoughts, the voice in my head telling me that it would just be a lot easier if I weren’t here. These thoughts are the fleeting kind, quick and painful. When emotions were heightened, these thoughts came more like suggestions, intrusive and disruptive. These thoughts were like visions, when the pain in my chest made me feel as if I were about to burst. “Just go up on the roof… it could be as simple as falling into the tracks…” Any time I would bring this up in session, I would quickly (and honestly) follow up with, “but these are just thoughts, I truly do not want to do any of this.”

And that’s the thing.

I want to be here.

I want to be alive.

Following some exploration with my therapist, we have discovered that this is “passive suicidality” that is very much linked with my eating disorder. I used eating disorder behaviors to numb and avoid situations and my true feelings. Since I’m in recovery and no longer using behaviors, the suicidal ideation stepped up as another way to escape.

I am extremely thankful for my therapist and my treatment team for teaching me the coping skills and behaviors that have started to replace my eating disorder behaviors and lessen the severity of these suicidal thoughts. I am currently in a Dialectical Behavior Therapy intensive skills group twice a week, and I can honestly say that DBT has changed my life in the last three months. We go over topics ranging from emotion regulation, distress tolerance, interpersonal skills, and mindfulness. For example, my two favorite skills are radical acceptance and checking the facts. Checking the facts means whenever I have a particularly disordered thought, I “check” for facts that either support the way I’m thinking or act to disprove what I’m thinking. Radical acceptance means accepting things as they are, right now, fully and wholeheartedly. Every day is a new struggle in recovery, and some days there is nothing I want to do less than go to therapy, follow my meal plan, and tolerate the depression and anxiety. And yet, those are the days where that’s exactly what I have to do, and I have to accept that as part of what I need. Radical acceptance says you don’t have to like it; you just have to accept it. 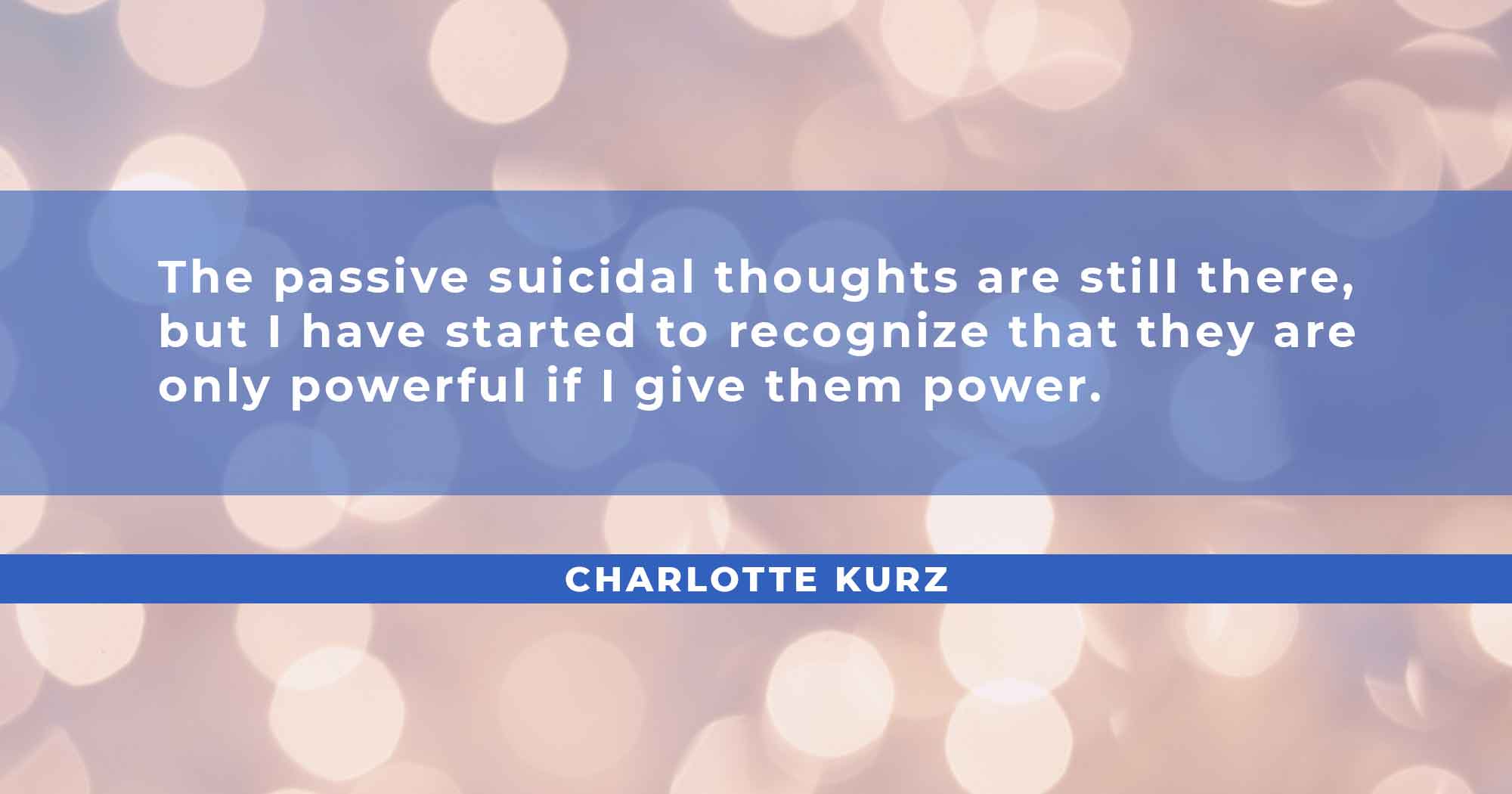 The passive suicidal thoughts are still there, but I have started to recognize that they are only powerful if I give them the power. They are still distressing, but these skills help tremendously.

In October, I got the semicolon tattooed onto my wrist. This is part of the semicolon project, which represents the semicolon in writing; the author has the chance to continue the sentence when they could have ended it. It’s a reminder that you are the author of your story, and you have the choice to keep going, even when it feels too hard.

I look at this every day as a reminder that my thoughts and my depression are not in control of me. I don’t have to be ashamed of having depression, or of any of my mental illnesses. And I will be here.

I will stay here.

I will not give up. 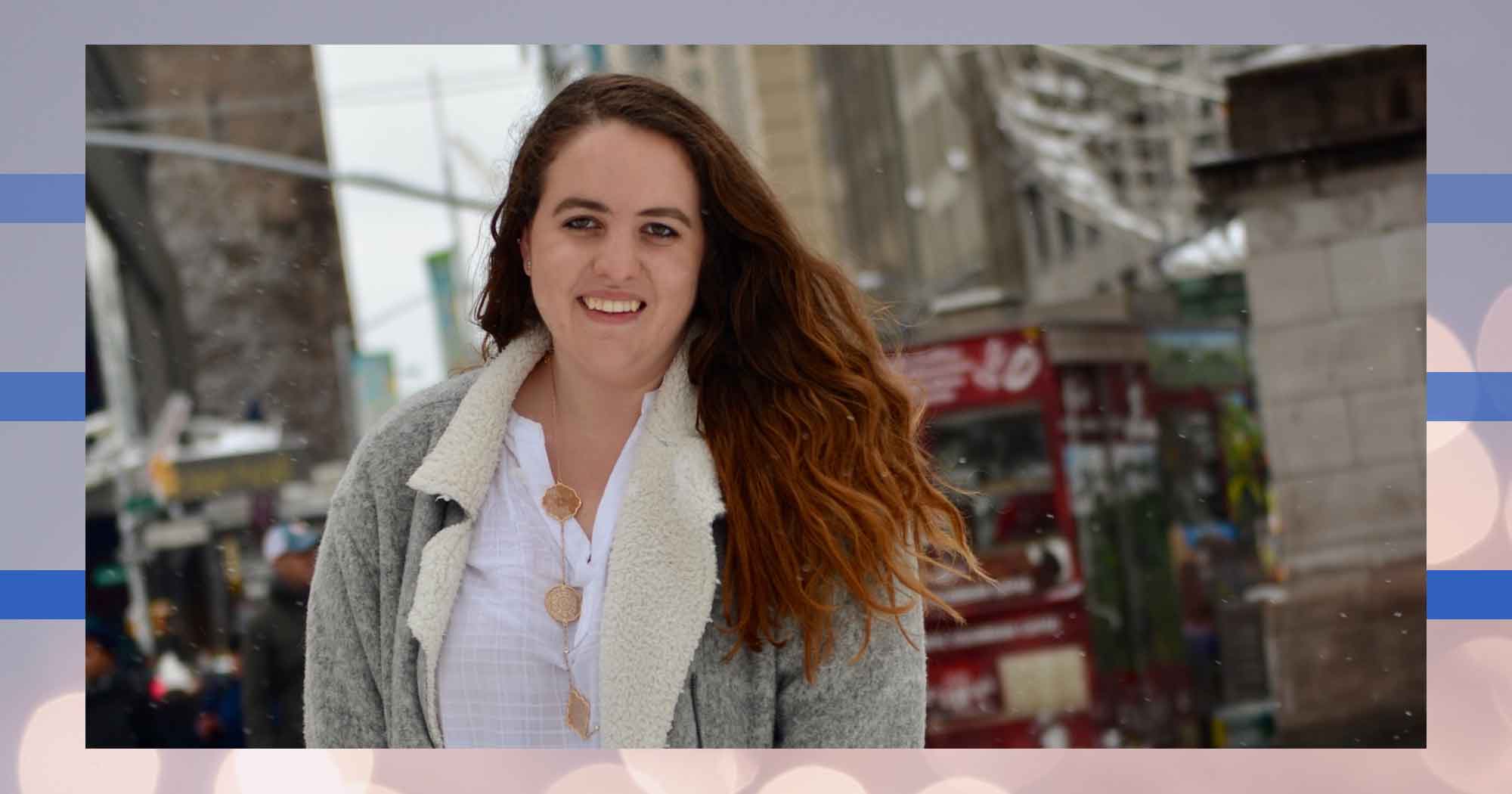 Charlotte Kurz is a 22 year old MPH student at NYU studying community mental health. She is passionate about breaking the stigma around mental health; starting the conversation and helping others access mental health resources. You can find more of her writing on her mental health recovery and advocacy blog: livingfreec.com or follow her on Twitter @chachalivesfree or Instagram @chacha_livesfree.

When I finally saw a psychiatrist, she was surprised that I was still alive, having been afflicted with depression for so long without medical treatment.