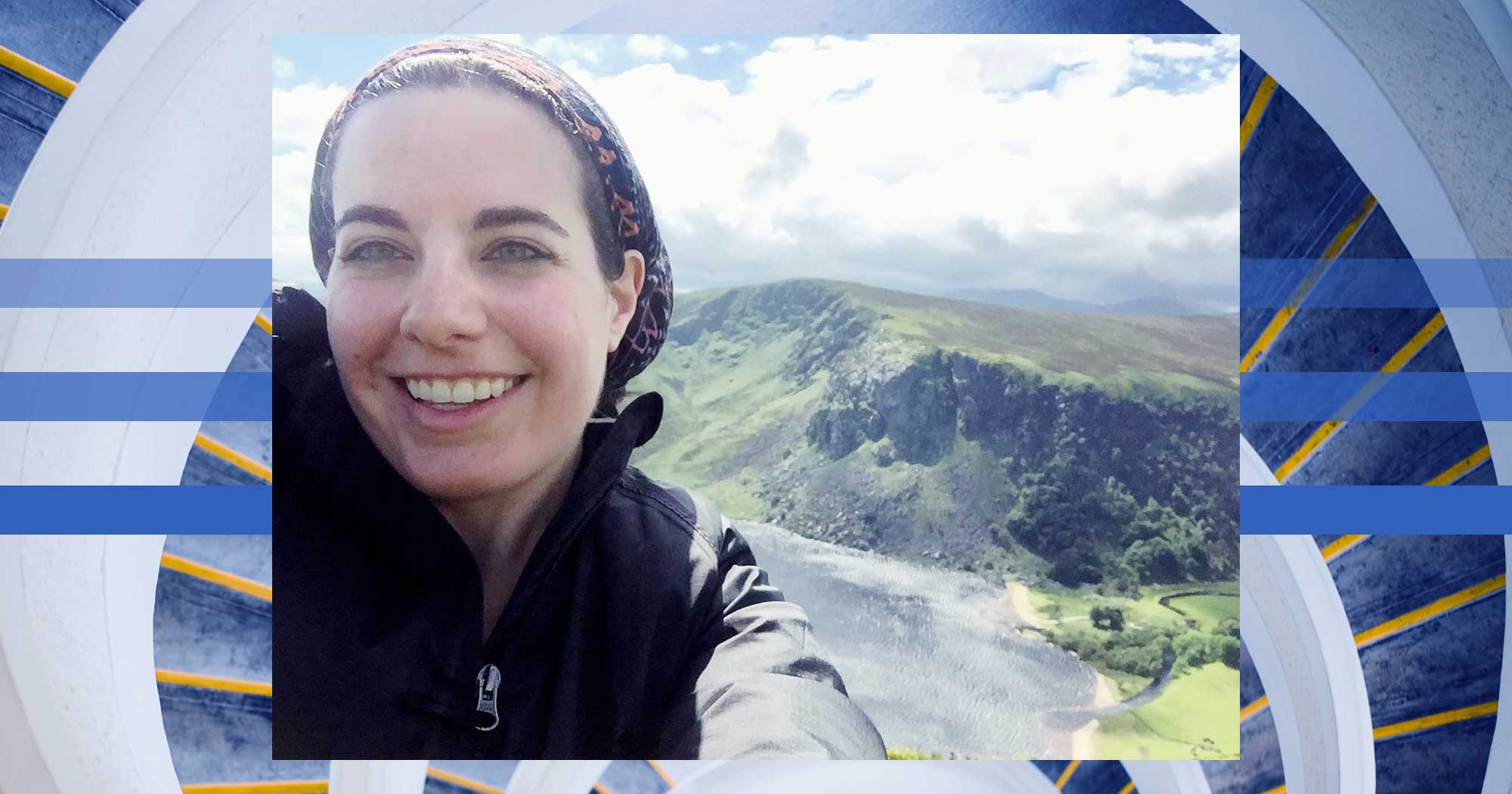 I’ve had OCD since before I was born—literally. My first compulsion was thumb-sucking, which began in the womb. I have never been able to kick the habit, and I still suck my thumb today. By the age of three I had progressed to hair pulling, or trichotillomania. I pulled all the hair from the right side of my scalp, and my mother had to shave my head to even it out. In high school, my hair-pulling compulsions progressed into obsessive eyebrow plucking, which led to scabbing and eventually a skin condition, which then spread all over my face. Even now, at twenty-eight, I’m still struggling to control these compulsions.

I don’t have the typically associated compulsion of hand-washing that is portrayed most often in films and the media, but I do have a lot of self-grooming compulsions. For instance, it takes me over two hours to shave my legs, two hours to put on makeup, two hours to do my hair and so on. Everything has to be done to the utmost perfection. Although I am constantly striving for perfection, my obsessive-compulsions often make things worse. For instance, the eyebrow plucking—I will try for so long to get my eyebrows perfectly symmetrical that I will end up having none left, because perfection is unattainable.

I have a hard time wearing any article of clothing more than once because of self-contamination fears—I am often afraid of getting some kind of an infection from my clothing. I worry about getting infected after sitting on a bus seat or from my pant legs dragging on dirty city streets. I change my socks and underwear at least twice a day because I hate the feeling of damp, limp fabrics on my skin. I am afraid of getting an infection from bacteria that grows in damp places. I have to wash my towels with hot water after every shower to prevent the spread of bacteria. This means that I end up spending about four times the amount of time it takes an average person to do their laundry per week. It is an endless and exhausting routine. These routines are unrewarding, they never truly quell anxiety or stop the obsessions, and they often make me feel worse about my condition.

Maintaining a full-time job is extremely difficult, in part due to the length of time it takes for me to conclude my grooming rituals, along with the fact that I have repetitive, intrusive thoughts that can trigger emotional distress at any moment during my work day. If I hear about something bad that happened on the news that morning, my brain will continuously replay the scenario with full graphic, forensic detail. I currently work as a recruiter and technical writer. Trying to write directions for new hire paperwork when you have severe OCD is grueling—my meticulous attention to detail and grammar can turn the simple task of writing a paragraph into a three-hour ordeal. Writing directions for anything while your mind is constantly playing a loop of your friend being shot to death by police feels impossible.

It is traumatic memories like these that get my mind stuck on repeat. My OCD forces me to imagine every detail of a traumatic scenario, whether it be one I have witnessed or heard about, with the attention and consideration of a forensic investigator. I imagine everything that occurred, down to the exact pattern of blood splatters on cement, or the smell of pizza on a dying man’s breath. This all makes having a “normal” life painfully difficult. When I have these repetitive thoughts, I can become inconsolable, which is embarrassing in a workplace.

When I first started writing, it began as an obsession in itself. I used to write to record and analyze moments that I believed had hidden significance. Then, at some point during my MFA experience, I figured out how to use writing to exorcise myself. Poetry allows me to exorcise my mind of intrusive thoughts by forcing my brain to engage my frontal lobe in logical thought, instead of letting my amygdala—the emotional center of the brain—run wild with emotional responses. For me, it works the same way visual-narrative therapy does for patients with Post Traumatic Stress Disorder. 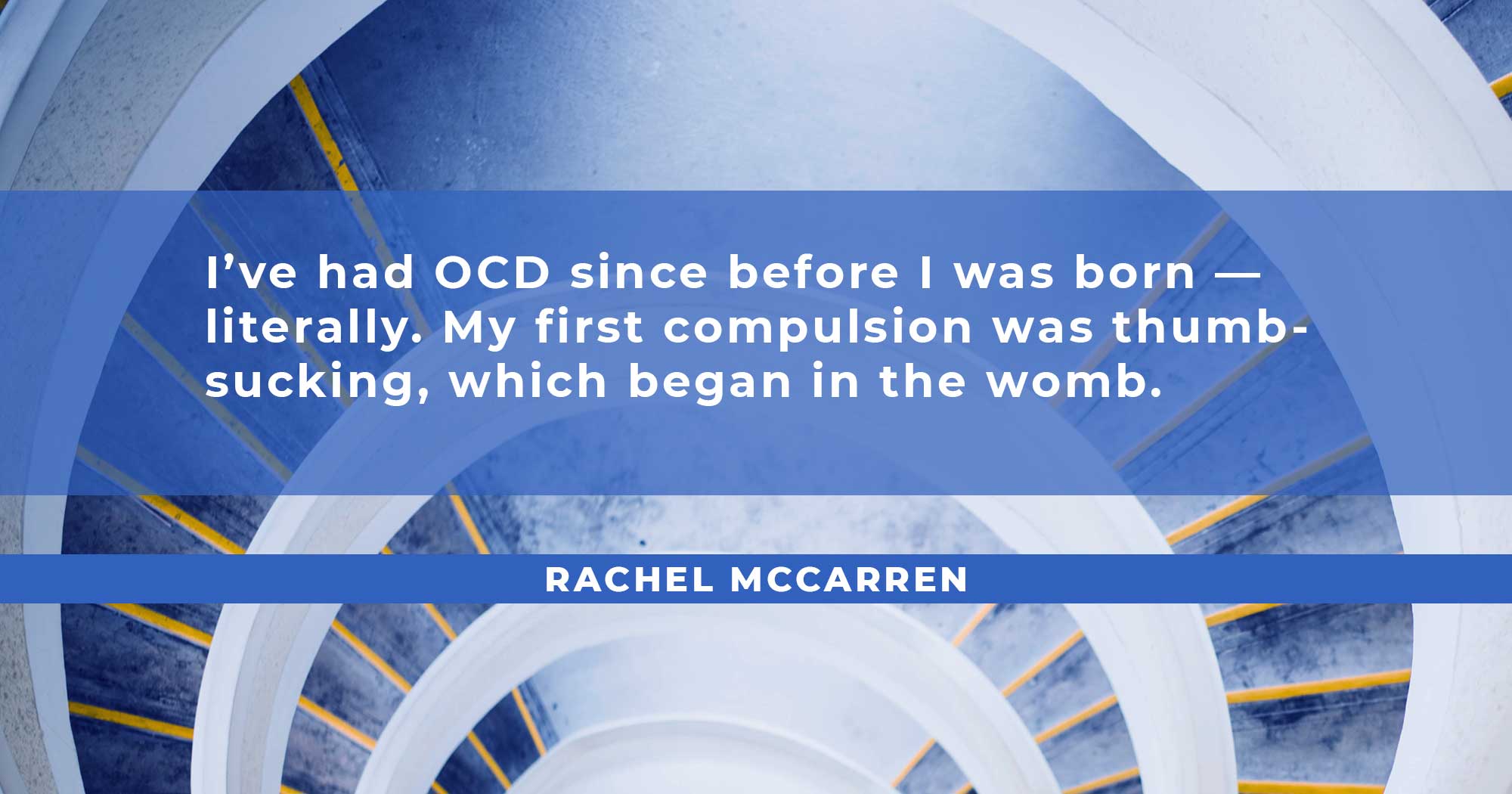 I have a repetitive traumatic thought. I allow myself to indulge in my obsession and have an emotional response. Then, I slow it down to a crawl, so that I can record all the gory details as they progress inside my head. After I have fully exhausted the imagery, I force the words into a poetic form. This separates each word from its emotional content because it makes me consider language on a purely sonic-aesthetic and numerical level. I squeeze the forensic details into poetic lines, count syllables and try to break lines evenly without disrupting their impact or meaning.

I use poetry as a form of visual-narrative therapy that works similar to exposure therapy, which I have tried and found effective. I force myself to follow through with a traumatic train of thought until its ultimate ending, bringing the obsession to its logical conclusion, instead of allowing the distressing parts of a memory to replay over and over again inside my head. It’s a handy trick for dealing with my OCD that also happens to result in strikingly powerful poetry that explores the lasting effects of psychological trauma.

It has never been unsafe for me to follow an obsessive thought because once I’m past the climactic moment in a scenario, I realize how improbable it is, and that there are other more reasonable outcomes that are much less traumatic than the ones I have imagined in my head. For example, if my obsessive fear is that my neighbor is holding a woman hostage in his apartment, I will write out the scenario on paper, and try to find logical evidence to support my fear. Usually, that evidence is altogether absent, and then I realize that my obsessive mind is playing tricks on me, and that there is really no reason to believe that the crying woman I sometimes hear through the wall is tied up on the other side. The woman could be the neighbor’s friend who has just had a bad day at work, or received some sad news, or something much less threatening than my fear that a kidnapper lives next door. Writing out the scenarios on paper helps me come back to earth. After examining the logical order of events, I realize that, in order for my fears to be legitimate, there must be ample evidence to support the worst-case scenario that I have imagined in my head, and if that evidence isn’t apparent, then I know that I have nothing to worry about, and I can break the cycle of obsession surrounding that fear. 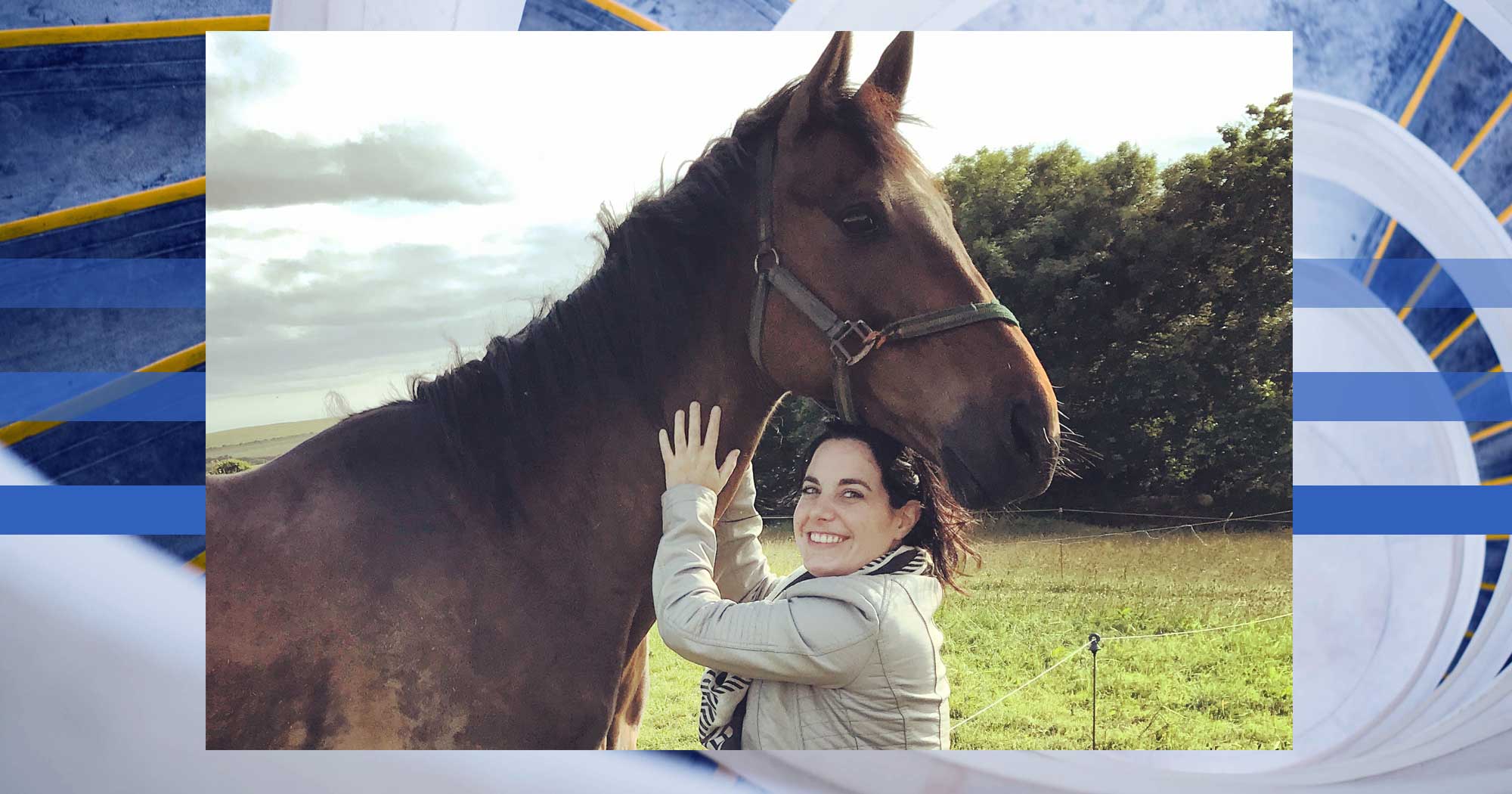 I developed this method after my art therapist taught me about narrative therapy—using drawings to revisit and resolve traumatic happenings. I experienced rape twice in my life, during college, and after illustrating both instances in detail, I was able to trust myself and my own account of what happened to me. This was a huge step in my emotional processing of the events. Narrative therapy helped me to get the rerun of the rapes I had experienced out of my head, so I figured I would try it on my other traumatic memories and intrusive thoughts as well.

I chose to do it in writing because, for me, it took less time and was less frustrating than drawing out the scenarios. With my level of obsession with symmetry, drawing has become incredibly difficult and time consuming for me. Writing a poem is much easier for me, especially thanks to modern technology. You can’t hit the “undo” button on a physical drawing, but you can hit it as many times as you like when you’re working on a Word document, and you can save many different versions of the same document on your desktop—in case you’d like to return to an earlier draft. 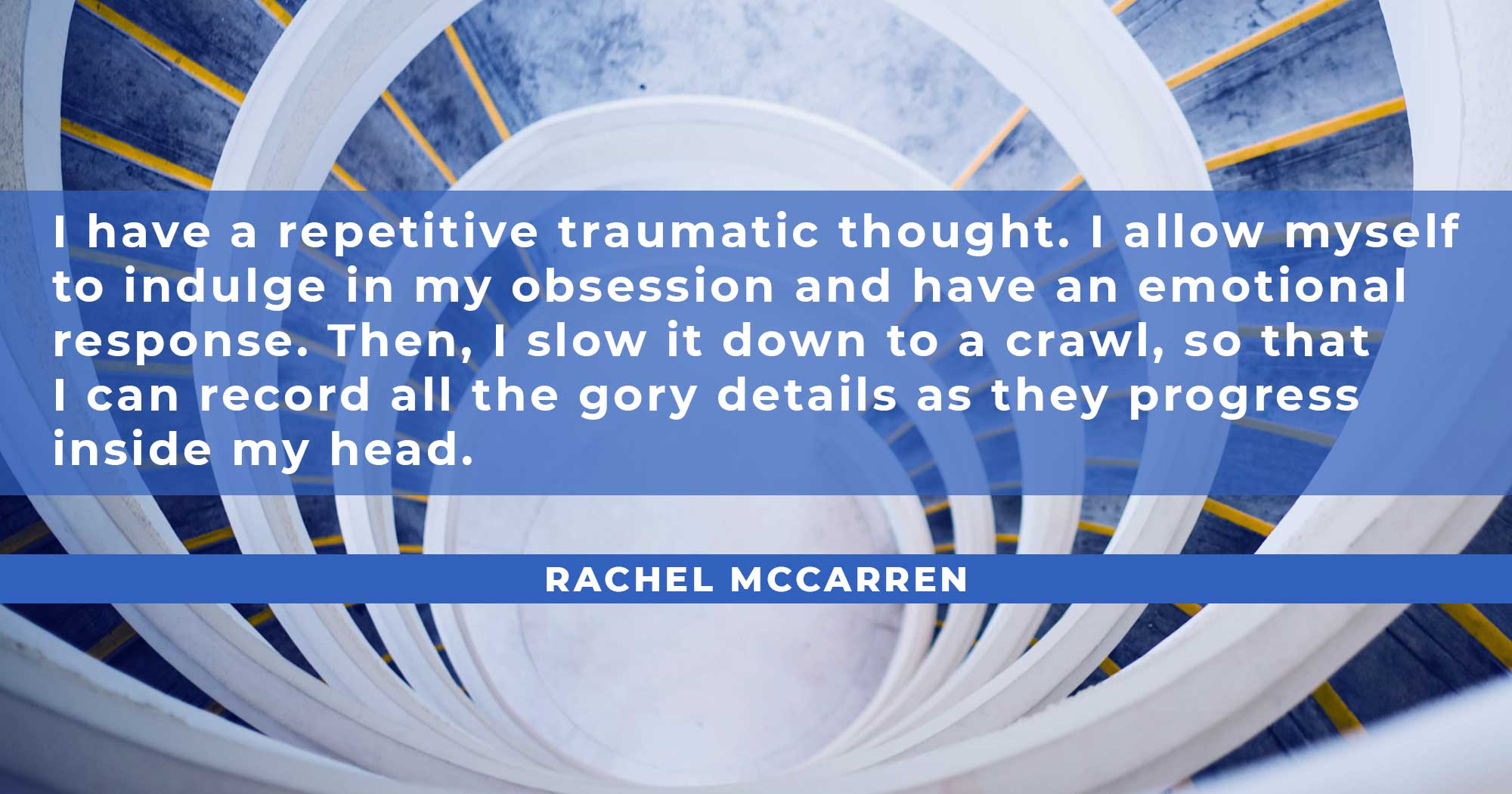 The following is a poem I constructed from a repetitive intrusive thought about my friend, neighbor, and coworker who was tragically killed after experiencing a psychological crisis and begging a state trooper for help outside his home. My friend had been experiencing suicidal thoughts and homicidal ideations, and after being turned away from another hospital, he thought the only other place he would be safe was in jail. However, when my friend presented a gun, the trooper shot him on the spot. …

As your brother drove you to the hospital,
I slept alone.
Your blood unfurled
in thick, fat ribbons
all over the passenger window.
I did not know you well.

The internet tells me you are dead—
a 25-year-old man was fatally shot
after pointing a pellet gun at a cop,
then at his own head. Neighbors said
the man begged for help,
but when the officer yelled
put down your weapon!
the man did not listen.

Our neighbor, the state trooper
shot you five times in the chest.
He claimed he had to protect
his family against an armed intruder.
He pulled the trigger,
the pin struck the primer—

Tonight, if I lie still enough,
I can hear the moon
crawling into my room. 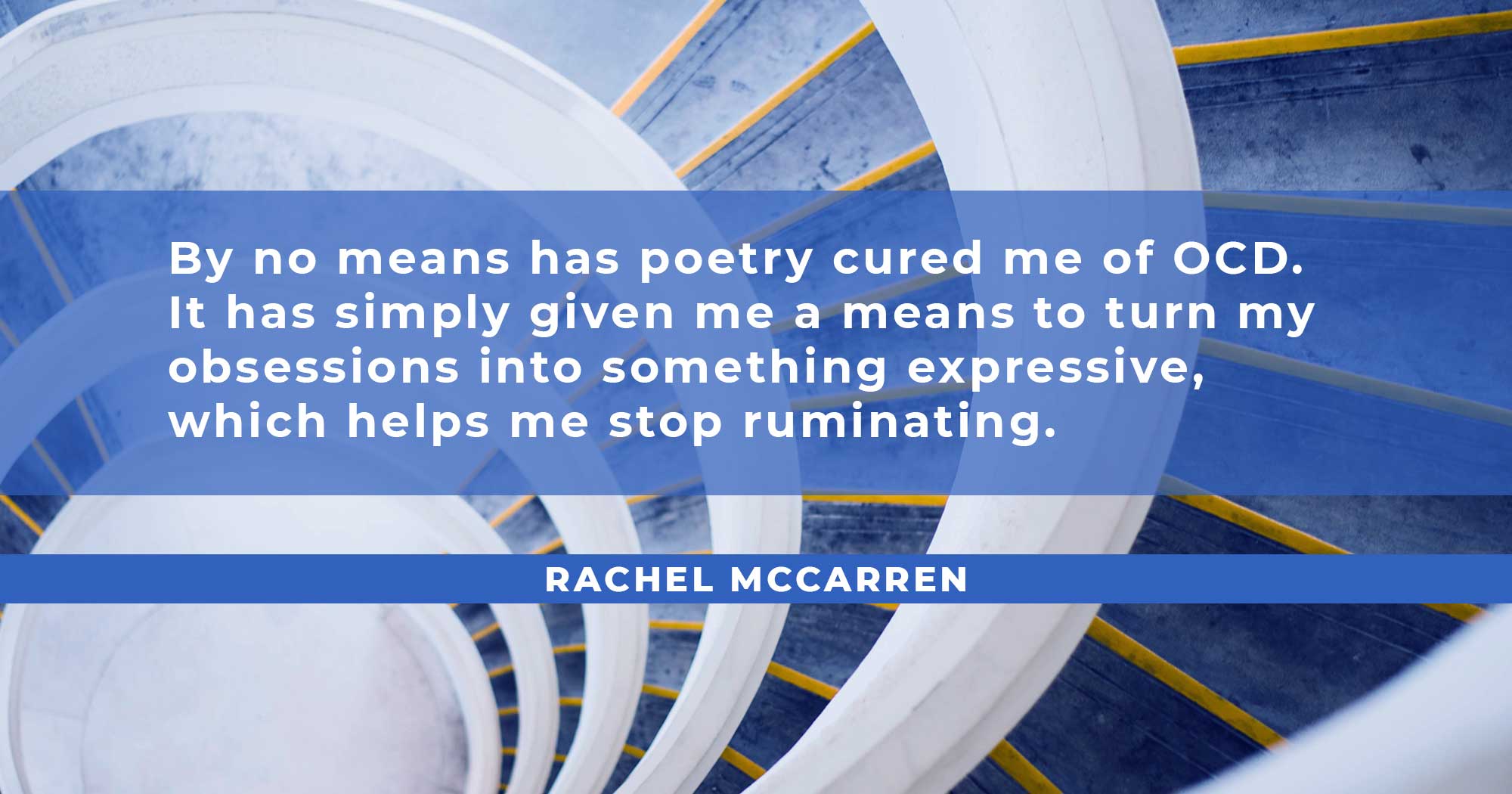 By no means has poetry cured me of OCD. It has simply given me a means to turn my obsessions into something expressive, which helps me stop ruminating. When I produce a poem, I’ve run the obsession into the ground, out of my head, explored every avenue of the traumatic event, and put it to rest. I still haven’t found a way to effectively deal with my compulsions, they tend to amplify any time I am experiencing stress, but at least my mind is at rest for a moment after every poem I write, free from the grip of traumatic memory, fear, and the obsessive worry that comes with OCD. I hope to someday find a method of stilling my body like I have found for freeing my mind. 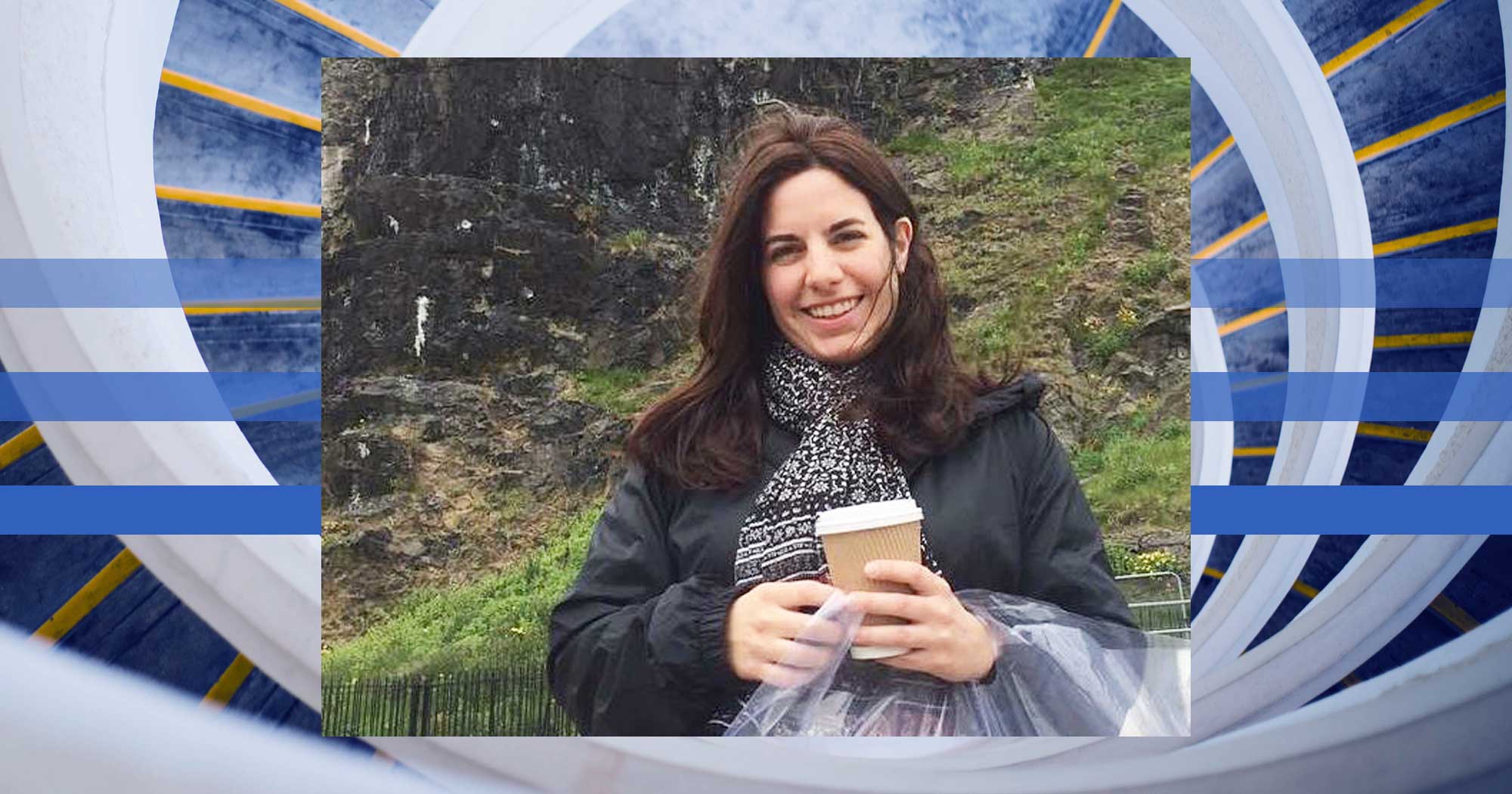 Rachel McCarren lives in Pittsburgh, PA. She earned her MFA in Poetry from Carlow University in Pittsburgh, in conjunction with Trinity College Dublin. She hopes to relocate permanently to Ireland with her partner in the next few years, and plans to pursue her PhD in Creative Writing overseas. She enjoys traveling and researching Stone Age history.

If you think only a super-human force can successfully battle depression, then you don't know Shawn Reynolds, comic book aficianado and mental health superhero in his own right.