OCD: Not “Just Another Quirk for Caitlin" - OC87 Recovery Diaries 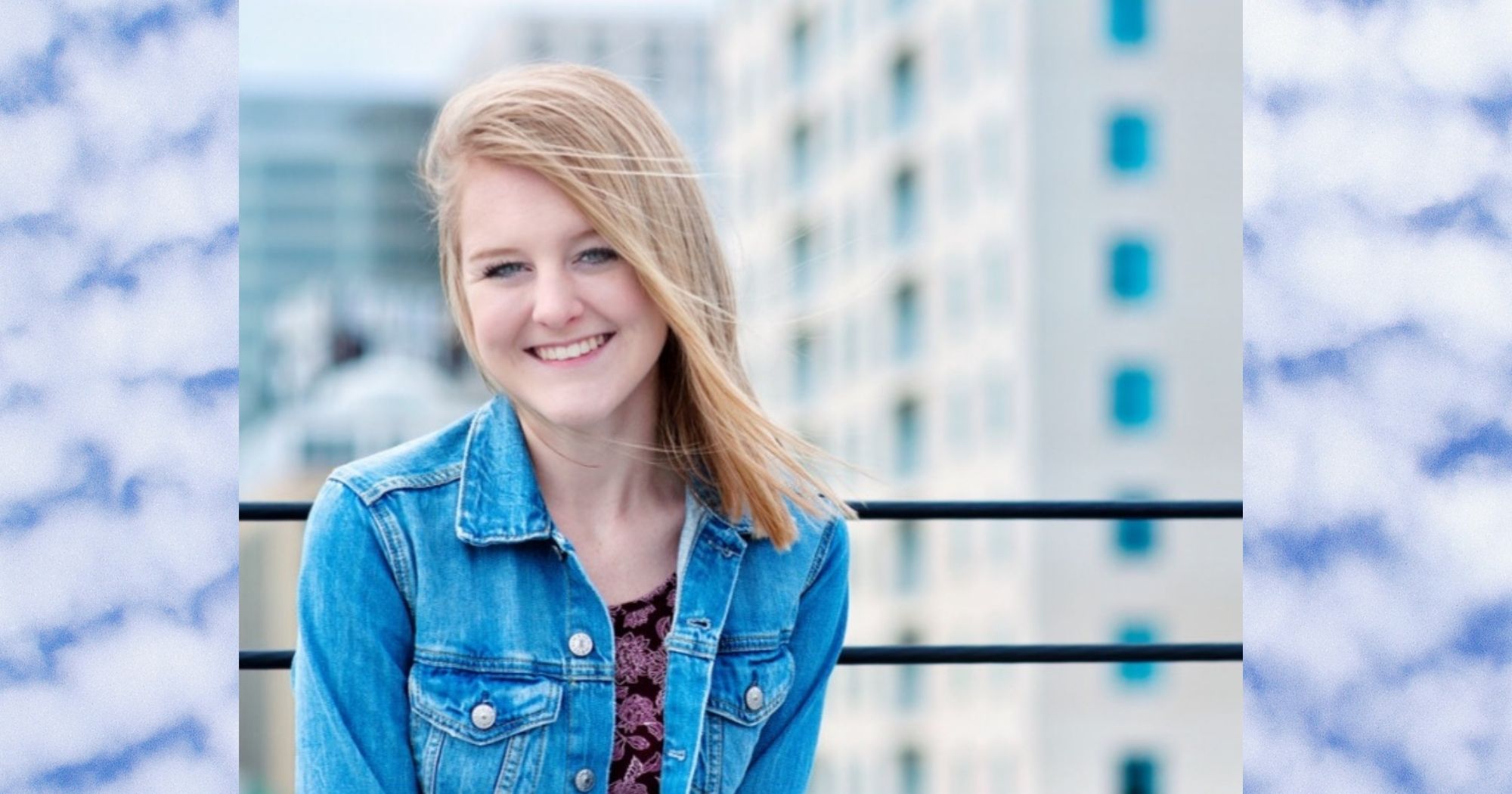 OCD: Not “Just Another Quirk for Caitlin”

​The summer before I started college, OCD knocked the wind out of me. It had been lurking in the shadows in the earlier months, waiting for its chance to attack—I had intrusive thoughts in the middle of the night, irrational worries about friends and family, and avoided things that caused me stress. But after a particularly sickening intrusive thought sent me into a long-term spiral, I knew I was in trouble. I didn’t yet know that the OCD portrayed in the media wasn’t at all how it really is. In fact, I can remember making fun of it just a few weeks prior, laughing at color-coded Instagram posts about how “OCD” I was.

Not surprisingly, it took a while to even realize what I was suffering from. The main subtype of OCD that I have is far from well-known. Purely Obsessional OCD, or Pure O, is something few people have heard about. Pure O is just like “regular” OCD, but with compulsions that occur internally. They’re still there, of course… just a little less visible.

I can still remember the moment I found that first article, detailing what OCD really was—what intrusive thoughts really were. That reassuring yourself, analyzing thoughts, repeating comforting phrases, and avoiding situations were all considered compulsions. 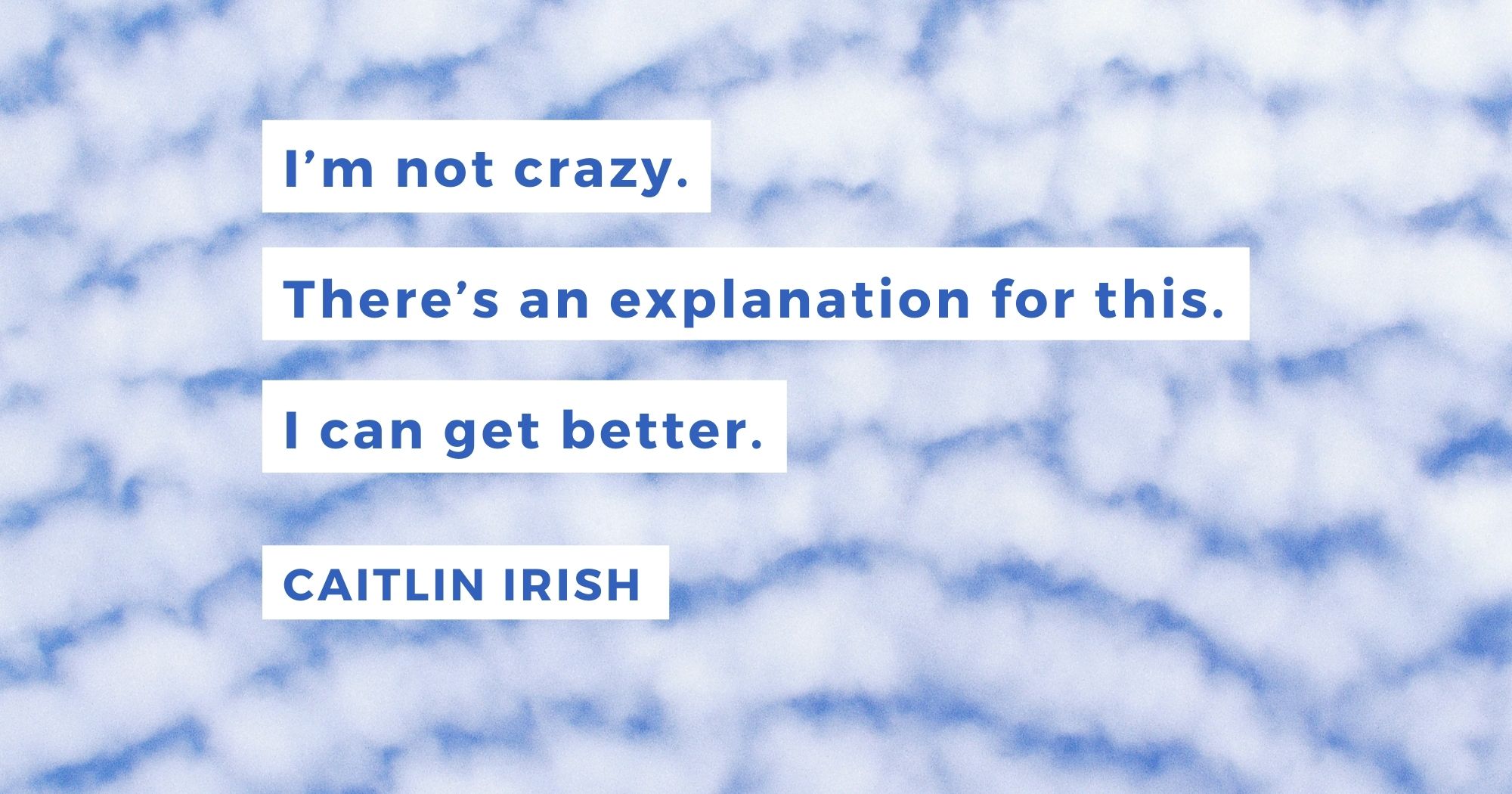 Tears spilled from my eyes, and a weight lifted from my chest. I’m not crazy. There’s an explanation for this. I can get better. I thought back to all the little moments I’d previously brushed off, moments that built my case. At age six, I would tie and retie my shoes over and over again, because they had to be the exact same “tightness.” I didn’t know why I had the need to make them the same—I just felt that something bad would happen if I didn’t. At age thirteen, I remember researching my town’s crime rates at two in the morning because I was convinced I’d be robbed the next day. Despite the terror and anxiety I felt that night, I laughed it off in the morning. Just another quirk for Caitlin, I thought. At age sixteen, I began starting prayers over and apologizing to God because a nasty thought interrupted me. I brushed it off as nothing, even as the anxiety built. These were all moments of fear that stemmed from OCD… and I didn’t even know it. I’d just considered all those things to be little oddities and habits—and so did my loved ones. None of us thought it could be something more serious. I even laughed at how silly it was to be anxious about such irrational things. I never knew there was a reason behind all my anxiety and panic.

But I did now.

For months after my OCD spiraled, I spent my time learning about my disorder, eventually getting diagnosed before beginning college. But just because I was learning about OCD didn’t mean I was okay. In fact, my freshman year of college was one of the hardest years of my life. Panic attacks and intrusive thoughts, on top of the fact that no one but my boyfriend knew about my struggles, were incredibly tough to cope with. And when my OCD started to attack my faith and relationship—two of the only things holding me together—I felt like I’d never get better. My heart broke every time I saw my saint of a boyfriend look at me, knowing that all he wanted was to make me feel better. I found the ability to thank God for him each night, despite the crisis of faith I’d found myself in. My OCD often jumps from theme to theme, and at that point, it landed on scrupulosity, staying there for months. It was truly a nightmare to experience, as my brain constantly insisted that I would go to Hell for a multitude of different things. If I wore leggings in the chapel, if I wrote about anything other than God, if I crossed my fingers while saying a prayer…all things my thoughts told me would damn me. Eventually, my obsessions switched themes again…but the effects of the scrupulosity lingered. To this day, I still get intrusive thoughts whenever I say my prayers. 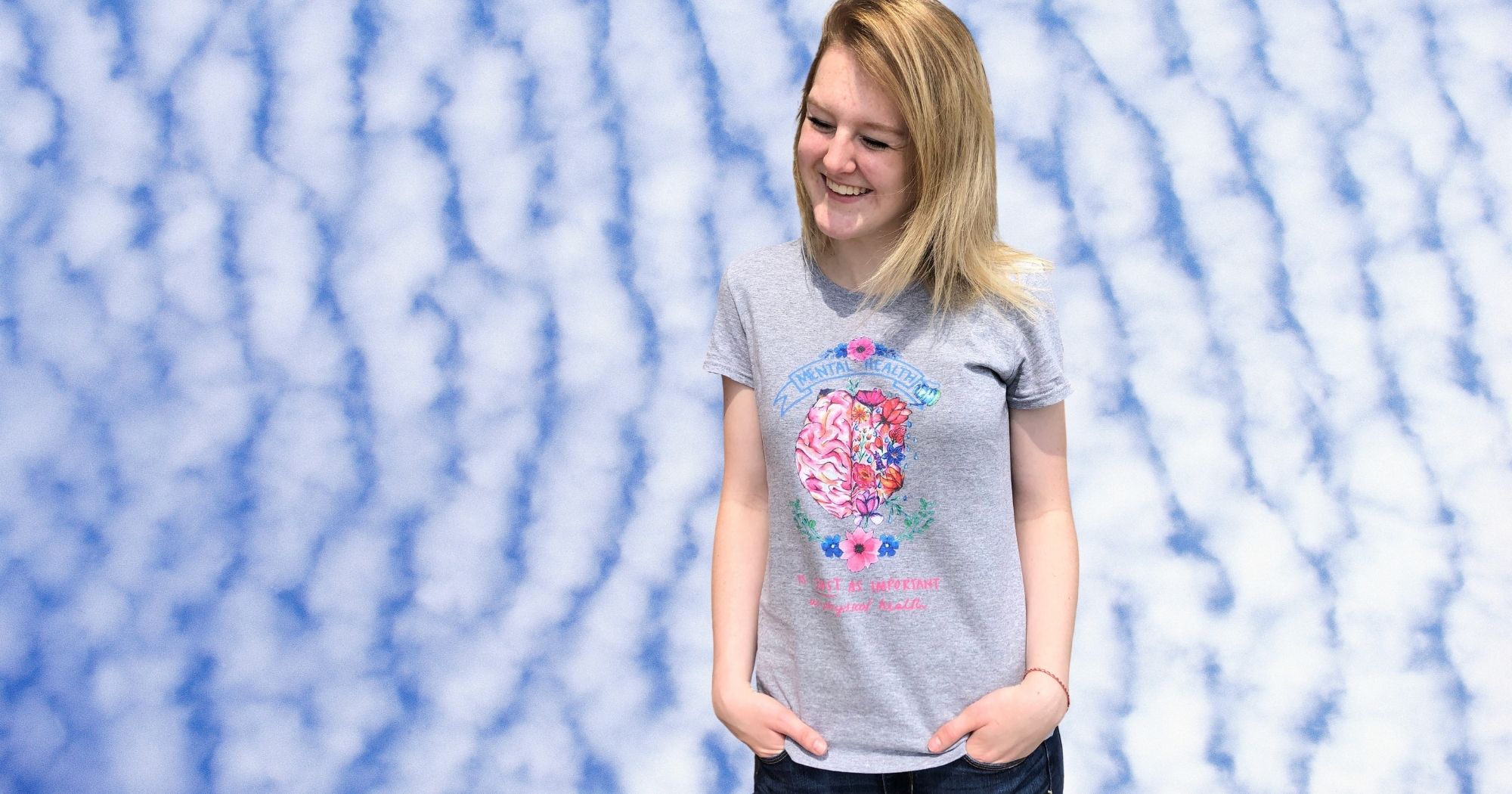 I took to writing to cope with my symptoms, filling pages upon pages with poems, journal entries, and prose. I’ve been writing since I was very young, and it’s always been a dream of mine to be an author. In writing about my OCD, I was able to put some of my greatest turmoil into words, sometimes too clearly. There’s a portion of one of my journals I stapled shut, because I couldn’t bear to read what I’d written. I still can’t to this day, and the staples remain. I hope to read those passages someday, once I’ve healed a little bit more. 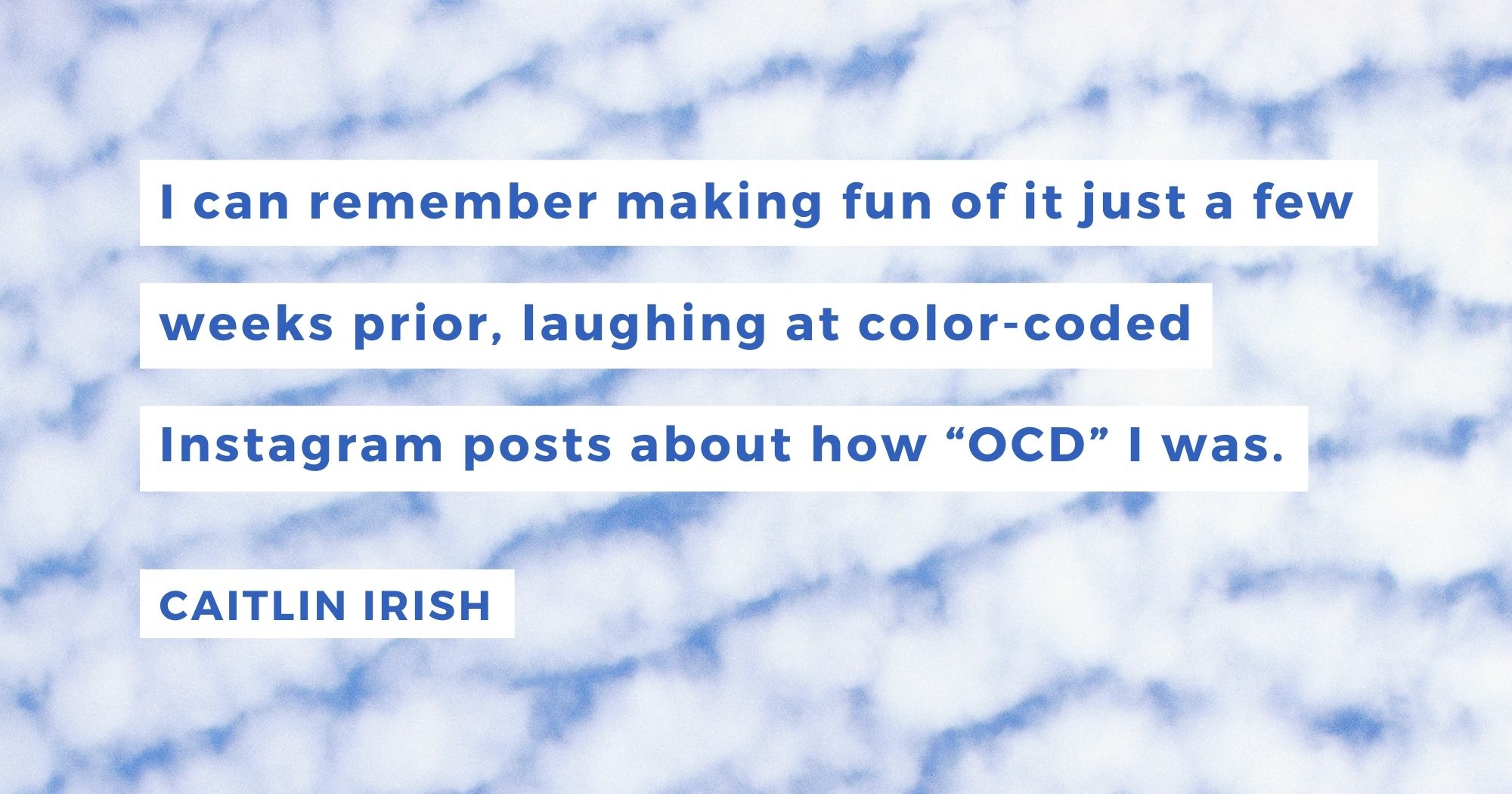 Poem after poem, paper after paper, the more I told my story, the more comfortable I became in it. I even started writing a book about OCD, which is still in progress today. I started to gain the confidence to talk about my disorder, a little bit at a time. Bit by bit, I shared my poems, my diagnosis, and  my experiences. And each time, the sharing became a little easier. Using my gift and passion for writing lead me to opening up about my life, which was incredibly freeing…and frightening. I didn’t know how people would react to the things I was sharing. Is my poetry too dark? Too niche? Maybe they won’t understand. I could end up ostracizing myself…I’ll end up even more isolated. All because of this illness.

To my immense surprise and relief, I was met with unmitigated support. Friends, family, and people I didn’t even know voiced their gratitude that I was willing to share such vulnerable parts of myself. One of my poems was even published in my university’s literary magazine. Sharing my story helped others realize that they’re not alone in their own struggles, and that they can push through the bad days too. Ever since I was little, I knew I wanted to help others, no matter what I ended up doing with my life. That was my purpose. I started realizing and using this purpose as I continued sharing my story, eventually leading me to volunteer at the National Alliance on Mental Illness, or NAMI. 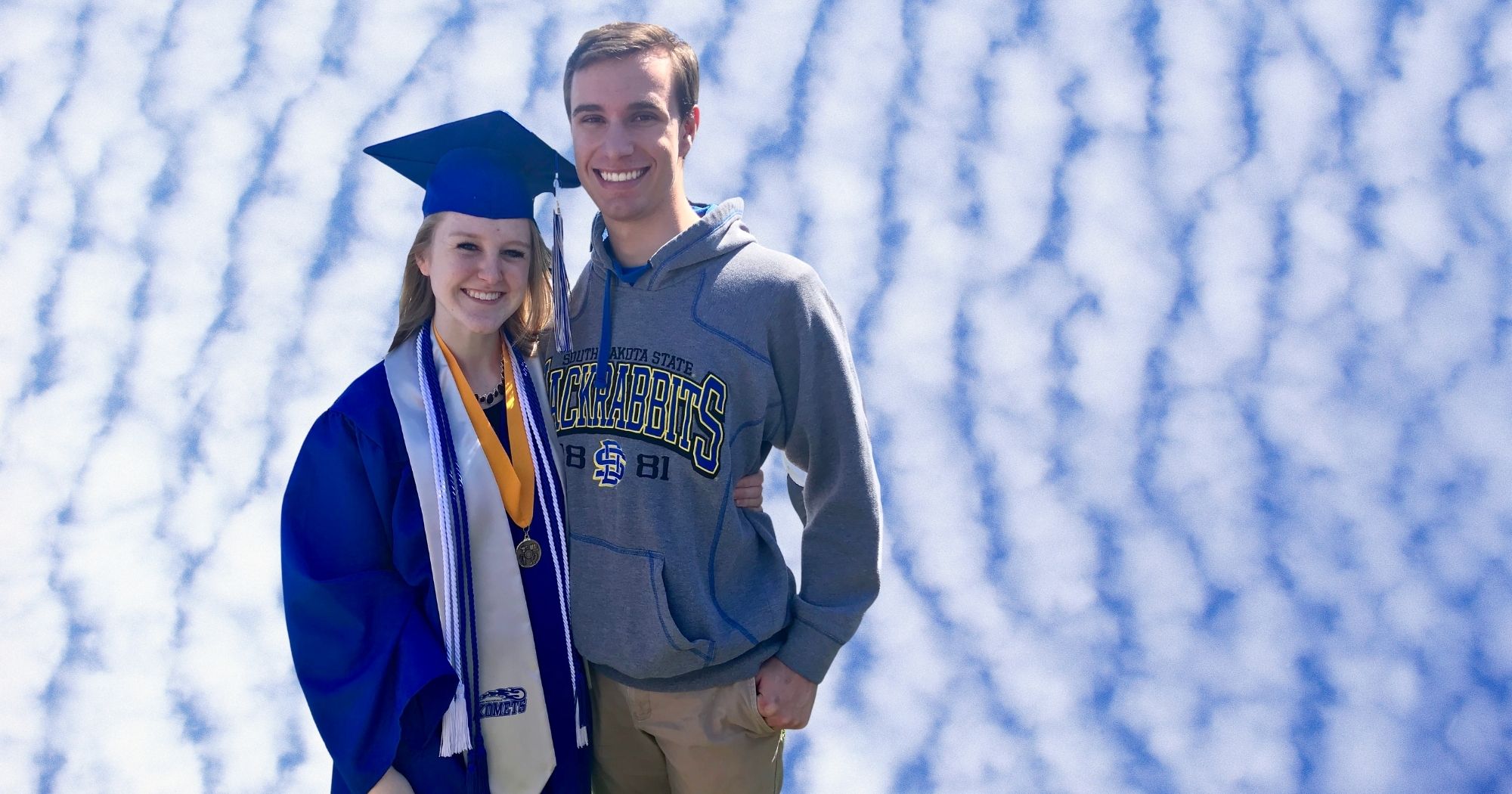 When I started volunteering at NAMI South Dakota, I was nervous. I’d never spoken about my mental health in a classroom setting before, but that was exactly my role. As a young adult presenter for the Ending the Silence program, my job is to share my experiences with others, making sure to emphasize that recovery is absolutely attainable, and that stigma against mental health struggles has no place in society anymore. Though I haven’t been involved for very long, it has certainly changed my life. Reaching others in such a tender, vulnerable fashion has made me realize how far I’ve come in my healing, and how much I desire to help others get to that place as well. I’m able to give others the love and support I so desperately longed for myself. 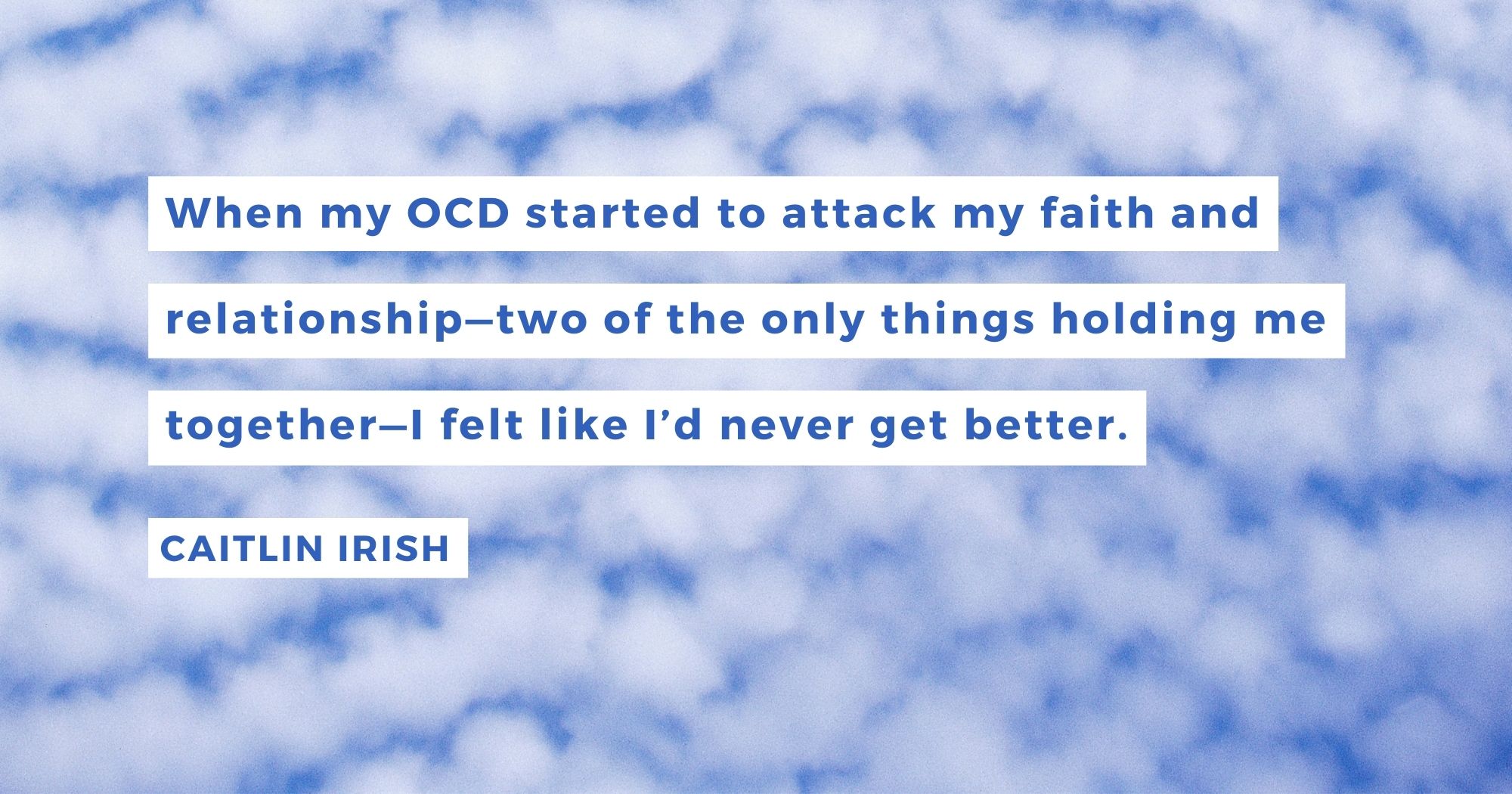 It was in those moments of support that I thought back to when I was a kid, how I’d been so sure that I was meant to help people. I had such big ideas for what I was going to do, and how I would change the world. But as I sit here, reflecting on my story and listening to The Oh Hellos on repeat (if you haven’t heard them yet, you are missing out!), I realize now that help doesn’t have to come in shiny, extravagant packages. Sometimes the best help you can give the world is sharing a little piece of yourself, reminding everyone that they’re not alone in the fire. I don’t think my OCD will ever completely disappear. But the good days outnumber the bad days tenfold, and that’s good enough for me. One good thing that came from my OCD is the ability to help others in such a rewarding, powerful way. And that has brought me more peace than anything, even on the worst days. I am not alone. And neither are you. 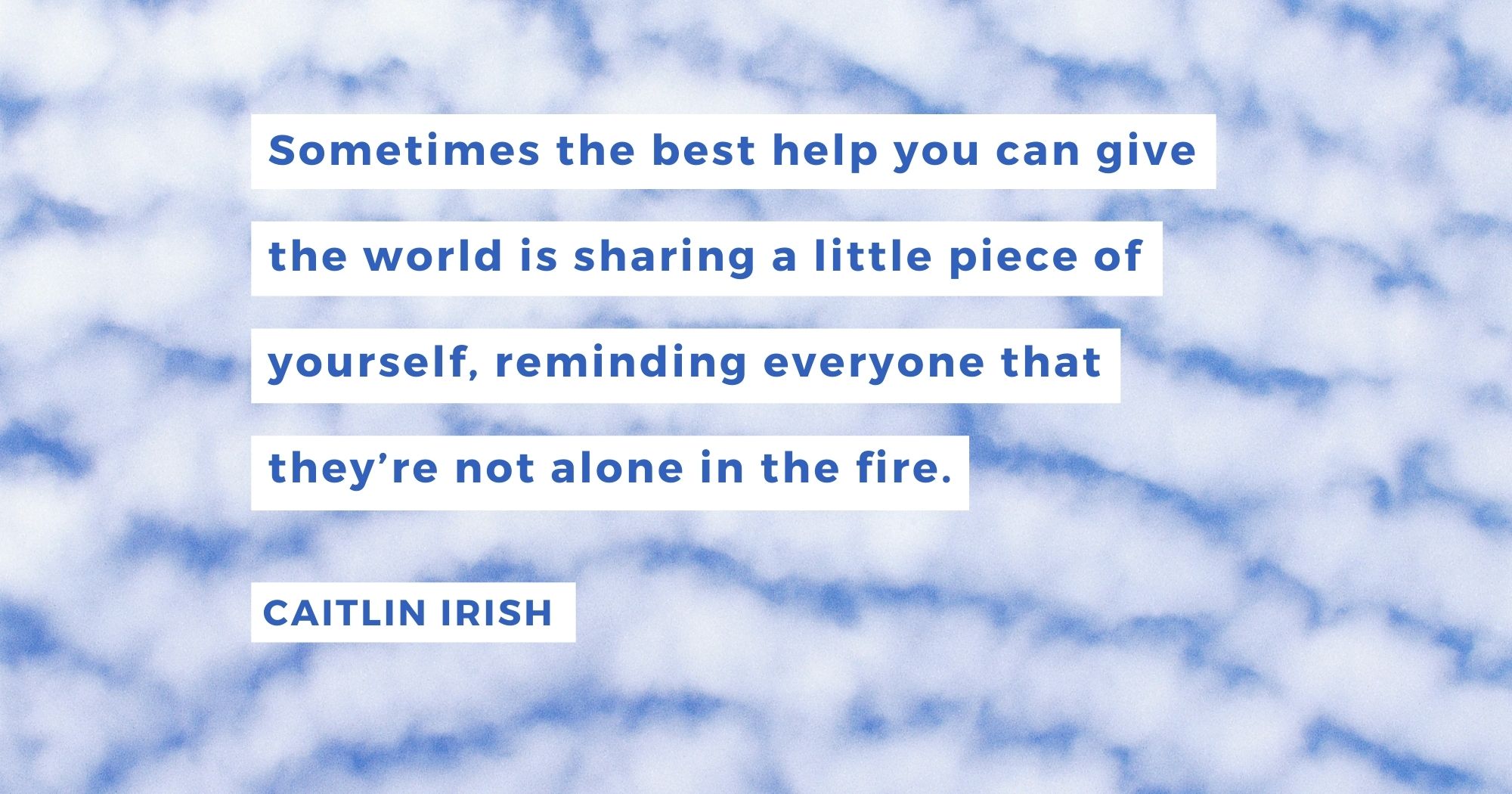 When I read, To make stained glass candy,
I pictured Saint Cecilia standing guard
at my side as I stood outside church
the last time, the curve of her harp
in the crook of her elbow, her other arm
cradling mine. Saint Dymphna urged
me to find solace inside, while she
cut down my fears with her sword.
I asked them to join as I entered
the church, fearful they’d leave me
behind.

When I read, Once sugar dissolves, raise
to a boil, I pictured the stained chapel
windows I loved, and the thoughts that soiled
the memory. Plenty of questions
of if I had sinned from passed-over prayers, movies
of me falling into flame, constant
wondering if I was the one lamb left
with no one to search for or find me.
Could God really hate me the way
I imagined, or was illness the culprit
again?

When I read, Stir in coloring and pour
into pan, I pictured the saints who prayed by my side,
weeping as Jesus had done, as my prayers
turned to cries, and
Easter incense turned to stove burner steam.
Stuck in a purgatory of doubts, alone
in hazy shades of gray, this candy
was the only semblance of chapel
I could bring myself to visit.

After candy is set, break into pieces. 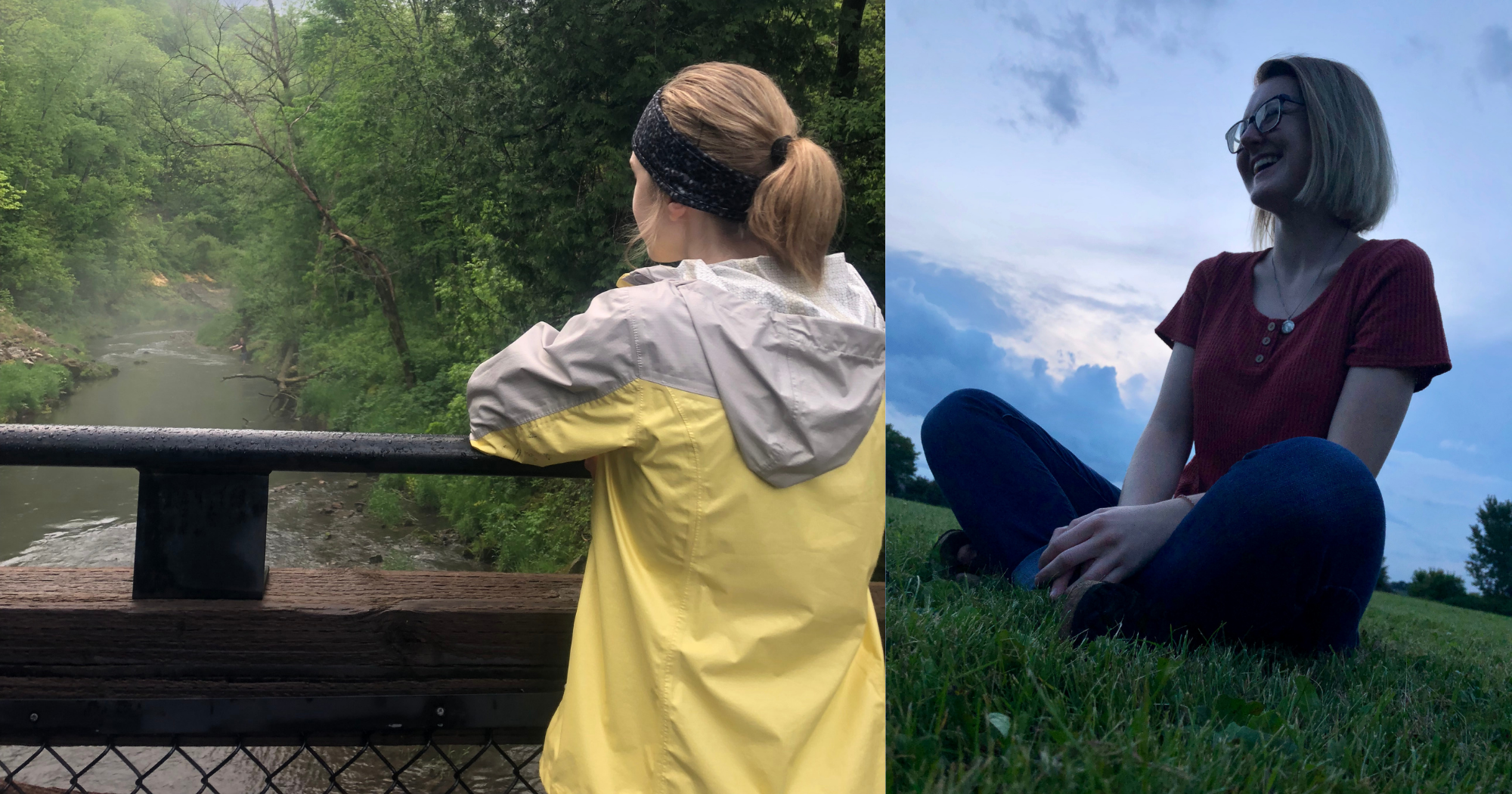 Caitlin is a senior nursing student from the Midwest with a passion for mental health and wellness. She is planning on pursuing psychiatric nursing after graduating with her BSN. When she isn’t studying for exams, she can often be found volunteering for NAMI, writing her first novel, or playing with her emotional support hedgehog, Bobbin.