The Good, The Bad, and the Obsessive Compulsive: How We Stereotype Those with Mental Illness - OC87 Recovery Diaries 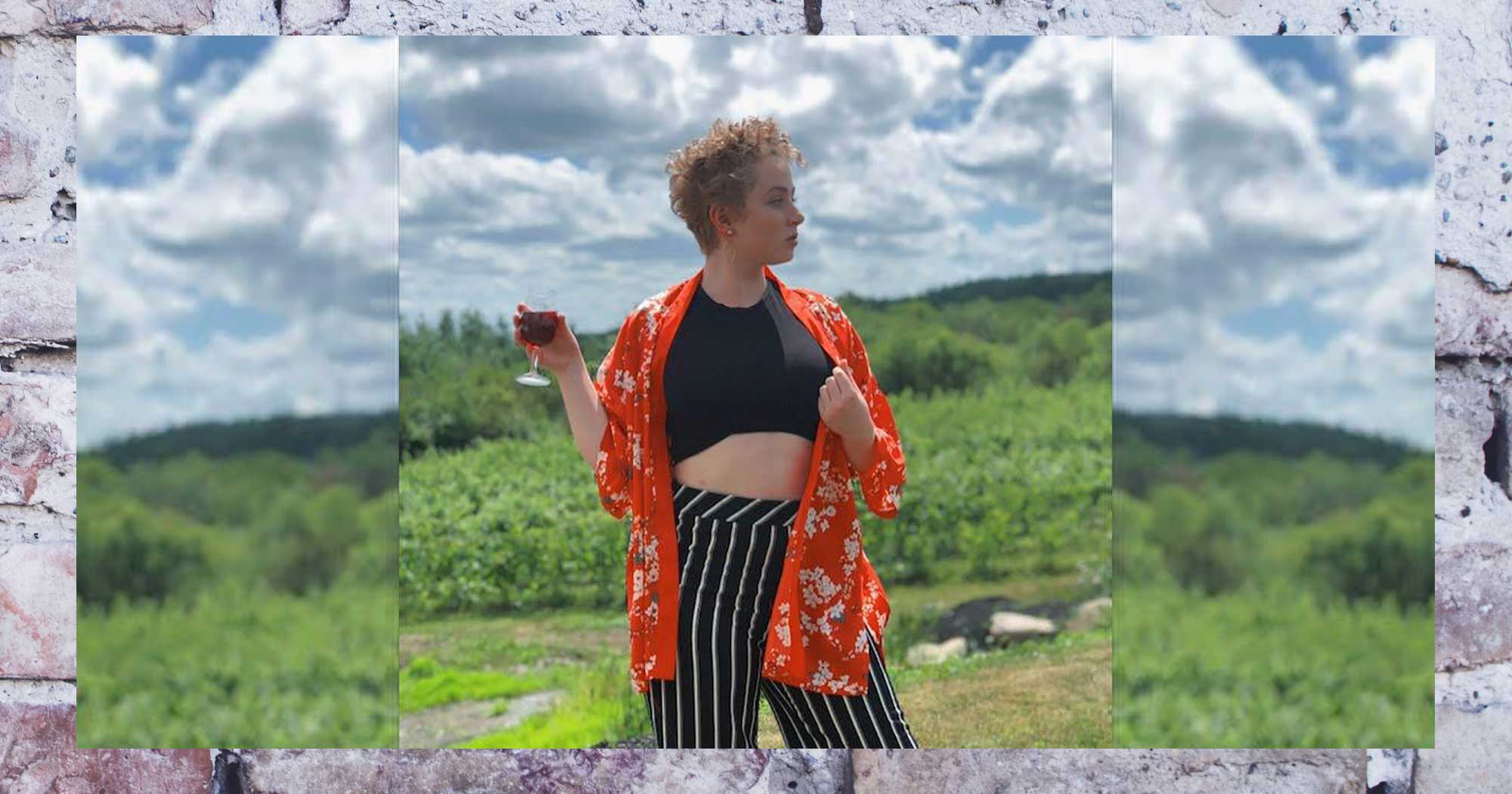 The Good, The Bad, and the Obsessive Compulsive: How We Stereotype Those with Mental Illness

Growing up, my views on mental illnesses were almost entirely based on what I’d seen on television and in movies. The catch, of course, is that a TV mental illness is radically different from an actual mental illness. However, at age 13, when my OCD symptoms first began to present themselves, I was painfully unaware of the distinction between the two. Media mental illnesses exist on a spectrum based largely on morality, with some illnesses being far better than others. There are Good mental illnesses, like anxiety and depression, which certain lazy writers use not in a medical sense, but instead as a character trait. Invariably, anxiety and depression are attributed to the (usually female) love interest, who is generally very pretty as well. By being beautiful, she manages to avoid the troublesome connection between mental illness and ugliness; her physical beauty serves to balance out what some would perceive to be an ugly mind. Her depression and anxiety are cute little quirks, something she needs to be “saved” from, something that makes her “beautifully broken.” Consider a character like Effy Stonem on Skins, who is consistently portrayed as not just mentally ill and intriguing, but intriguing because she is mentally ill. Good mental illnesses are not really illnesses at all in TV-land. 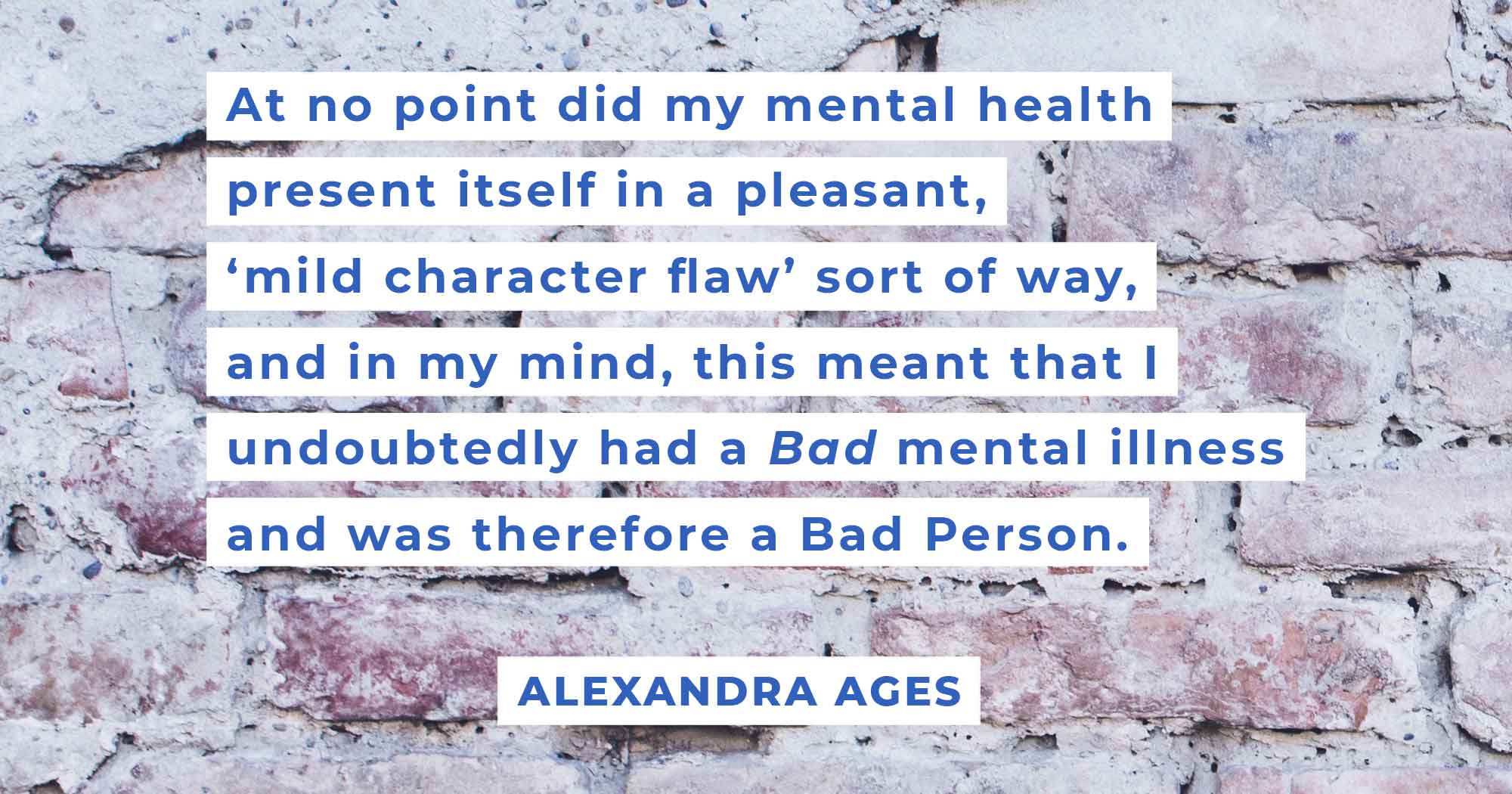 Next up in TV Mental Illnesses are the Bad Ones, lingering on the opposite side of the spectrum. These are generally things like schizophrenia and psychosis, or any sort of mental illness that presents itself in ways deemed less than socially acceptable. These illnesses are, again, what lazy writers use as plot device, because it’s nice and simple to say that the bad guy was schizophrenic and that’s why he did bad things. Bad mental illness equals scary, violent, and above all, dangerous people in the land of television and movies. Last, but not least, is TV OCD. This is the illness given to the quirky background characters; you know, the obsessive clean freaks, the germaphobes, the weird roommate.

Against the backdrop of this very comprehensive knowledge of mental illnesses, my own symptoms began to emerge. Specifically, intrusive thoughts started coming forward, and began to eat up more and more of my life. Typical teenage anxiety evolved, and by age 15, I found myself becoming steadily more preoccupied by intrusive thoughts about all the ways in which disaster was impending. I ignored them, or tried to, in large part because I was afraid. However, the thoughts came fast, and once they were there, they multiplied. With the obsession came, almost inevitably, the compulsions, the commands to do what was needed to make the bad thoughts go away. At no point did my mental health present itself in a pleasant, “mild character flaw” sort of way, and in my mind, this meant that I undoubtedly had a Bad mental illness and was therefore a Bad Person. I was scared, and ashamed, and so wrapped up in stereotypes about mental illnesses that it took a good three years of steadily declining mental health before I even considered getting help. 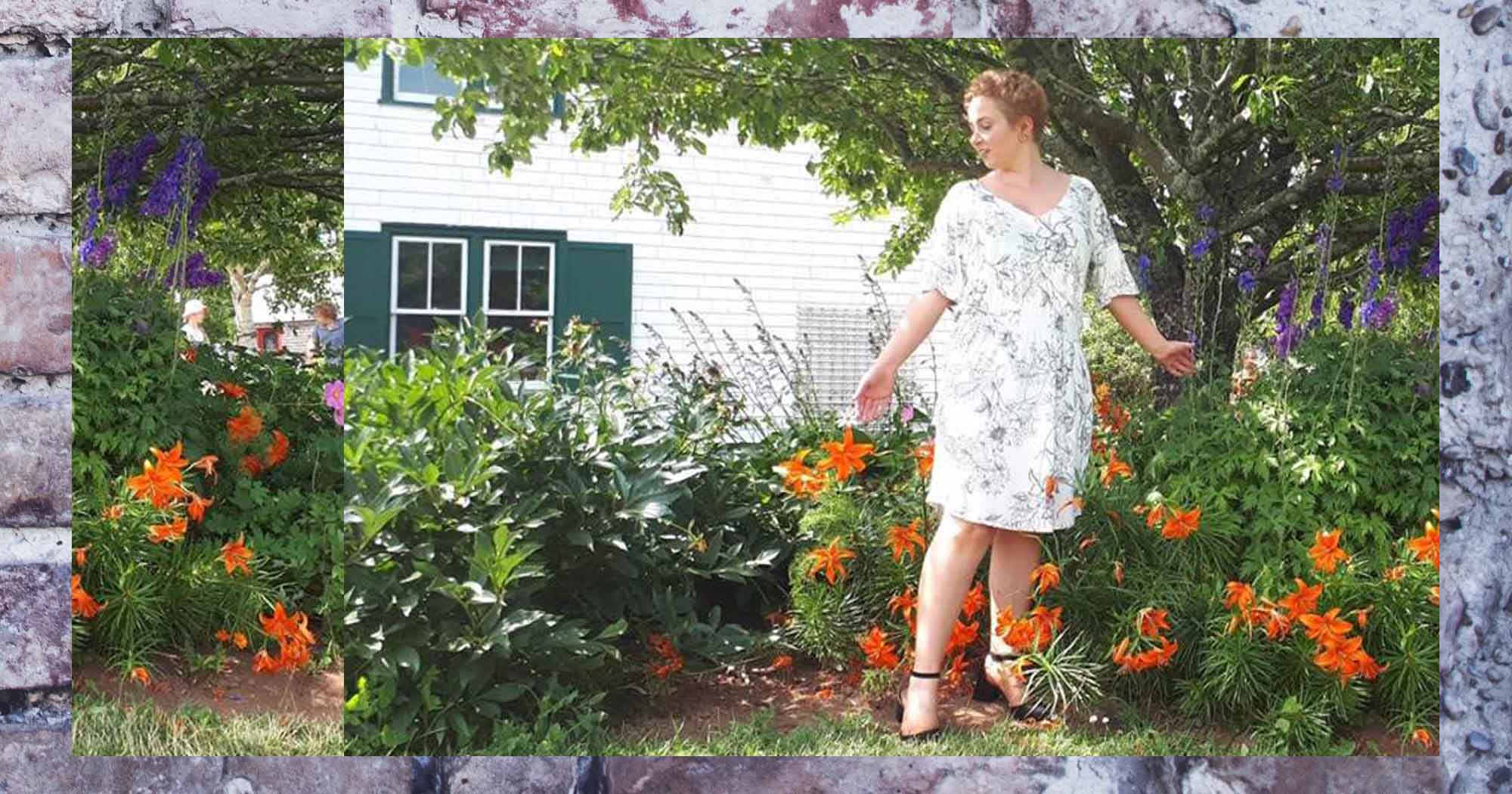 Eventually, it became clear to even me that some form of help was necessary. When I was 16, a school counselor spent three minutes listening to me describe how I felt, and promptly diagnosed me with simple social anxiety. “Maybe you should try meditating,” was the suggestion that I received. This made a lot of sense to me, because I still didn’t really understand the complexities of mental illness, or the fact that while meditating may work for certain people, every individual is unique and needs a unique treatment plan. For me, meditation was not enough. I would spend hours trying to quiet my mind, yet intrusive thoughts kept showing up, ruining any chance I thought I had of achieving some sense of calm. In a constant flow they would come, like creeping insects. In some ways, meditation at this point in my life actually made me feel worse; if I couldn’t even control my own mind for a simple five minutes of quiet contemplation, then what could I do? Fears and obsessions bloomed, and at 16, my mind felt like a weed-covered garden that I could never tame. I wanted a calm rose garden, but instead, I had an abandoned lot overcome with ivy.

From mundane to frightening, the whole array of obsessions and compulsions was there every single day, all the time. Even in my sleep, I would have the thoughts bubble through my dreams. I once woke up fourteen times in one night—I was positive that I had taken one painkiller too many, and that I was dying. In reality, all I’d done was take the recommended dose of Advil for a headache. 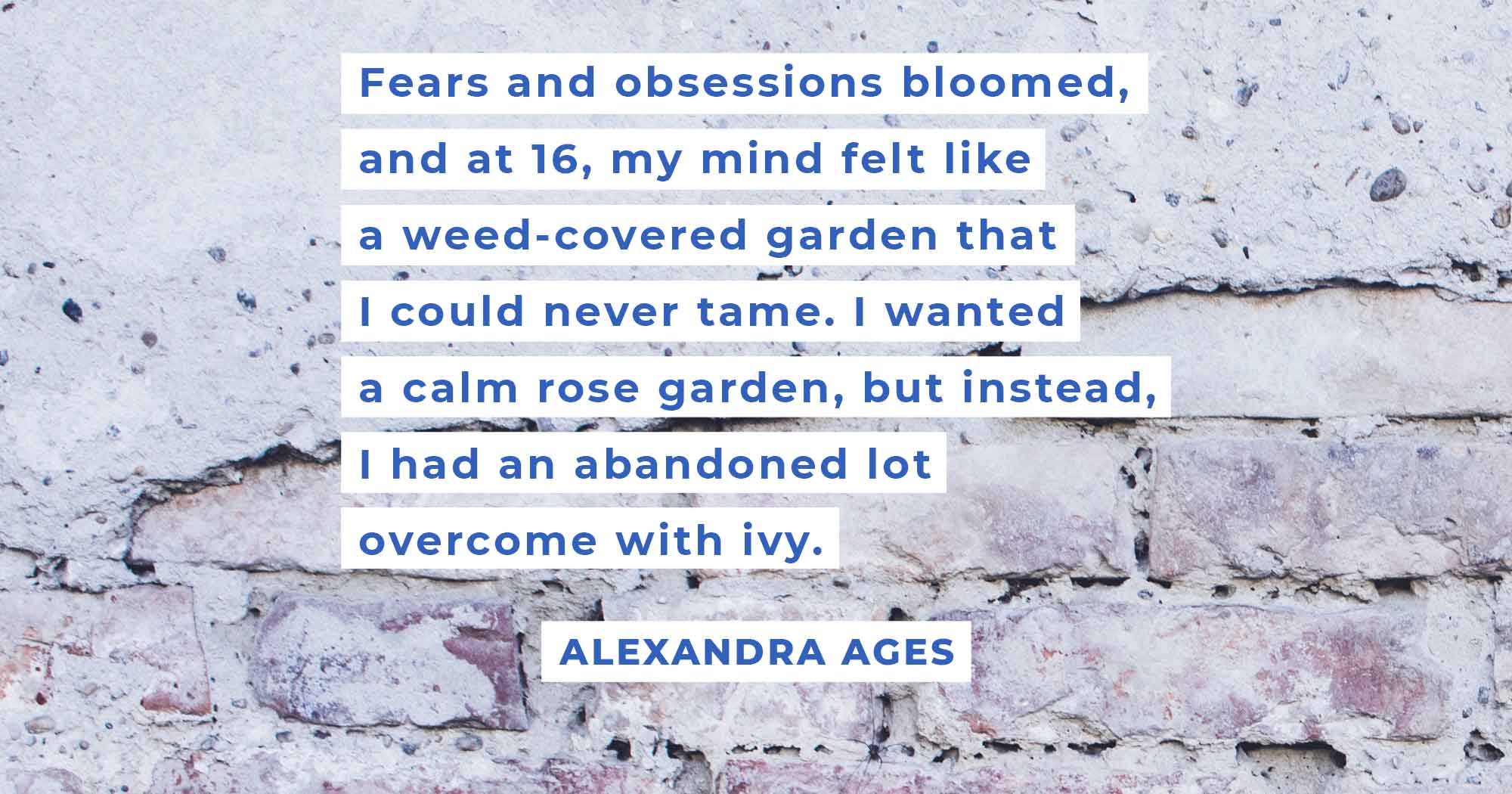 Despite the multitude of swirling anxieties that constantly clouded my mind, I accepted the idea that I just had “social anxiety” because it was easy and because it made me feel normal. I was not a “crazy person,” a clean freak who couldn’t leave their house, a person speaking to people who aren’t there, or a “depressed loser” who laid in bed all day. I was not a Bad Person with a Bad mental illness. Were my thoughts on mental illness deeply rooted in stigma and ridiculously problematic? Absolutely. Did those stigmas shape virtually all of my views on how I should “fix” my mental health? Absolutely. And so, I tried to meditate. To eat a bit better. To sleep earlier. To take more vitamins. To go outside more. To volunteer more. To just… be better. If I didn’t want to be one of the Bad People, I just had to try harder. But here’s the thing: A mental illness does not go away just because you think positive and eat a lot of fruit and do breathing exercises. By all means, lifestyle changes can help, and for some people a shift in behaviours can have a radically positive impact. However, at the end of the day, you can’t treat a chemical imbalance with green tea and time spent outdoors. For me, lifestyle changes were a bandaid; they helped certain symptoms, but did nothing for the underlying cause of my OCD. 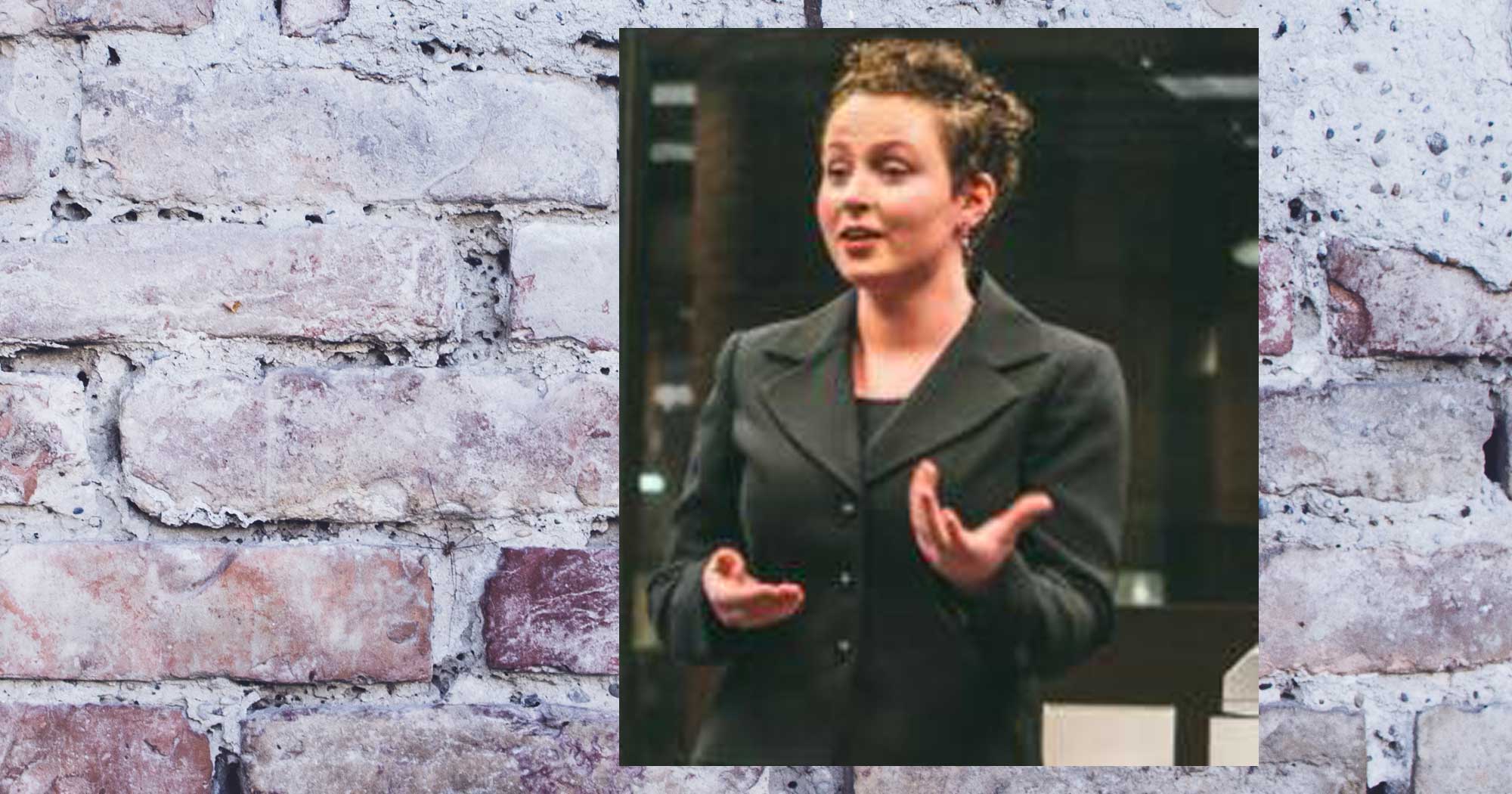 Still, I kept trying. I was going to be better. The bad thoughts would go away eventually. I just needed to work harder. At 17, I started university. There were people everywhere, so many strangers. I had just broken up with my long-term boyfriend, and my family had just left my childhood home, and I was at this terrifying new school, and every single thing in my life felt upside down and scary. The thoughts did not go away. I did not get better. Everything got worse. 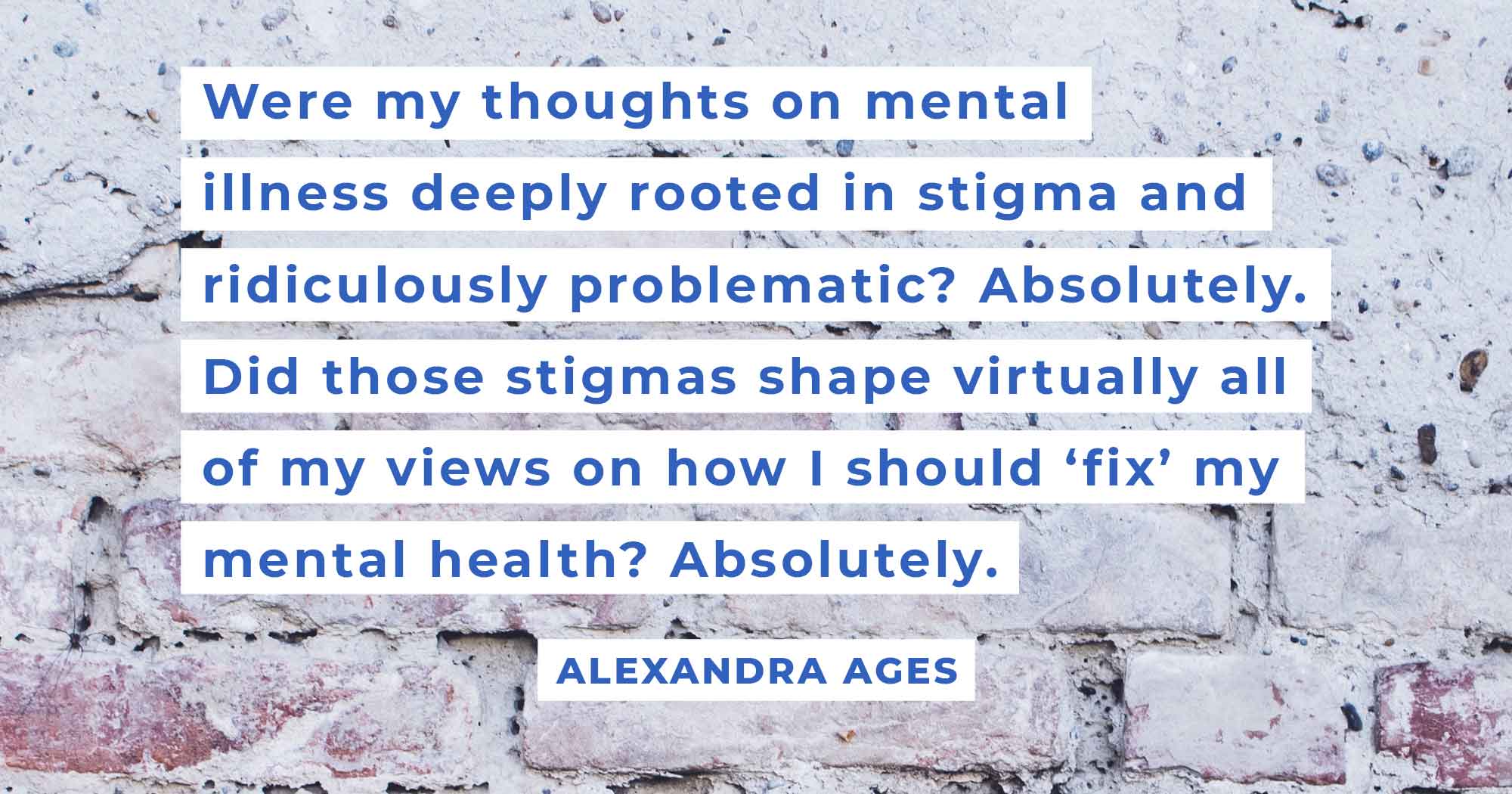 Finally, I decided it was too much. It was time to see a counselor. This time, the counselor truly listened to what I had to say, and provided me with a comprehensive diagnosis of OCD and anxiety. Surprisingly, it didn’t feel like a slap to the face, perhaps in part, because I didn’t consider OCD and anxiety to be as “bad” as certain other mental health conditions. Instead, all I felt was relief, because with an actual diagnosis, it meant that I had an actual, valid health issue. My problem wasn’t a lack of willpower, it was a lack of certain chemicals inside of my head. Not a character flaw, but a chemical flaw. Being diagnosed with OCD, I felt relieved. I had a name I could attach to the bad feelings, and, more importantly, I had a treatment plan.

I tried an antidepressant often used specifically in the context of treating OCD, as well as cognitive behavioural therapy. I focused on challenging my behaviours, and not immediately responding to intrusive thoughts by performing the compulsion that I thought they required. I started to feel happy, something I hadn’t genuinely felt in years, and slowly, I got better. Day by day, I began to feel like I was at least a little bit in control, like I was at least sort of functioning. It felt great. I felt great. 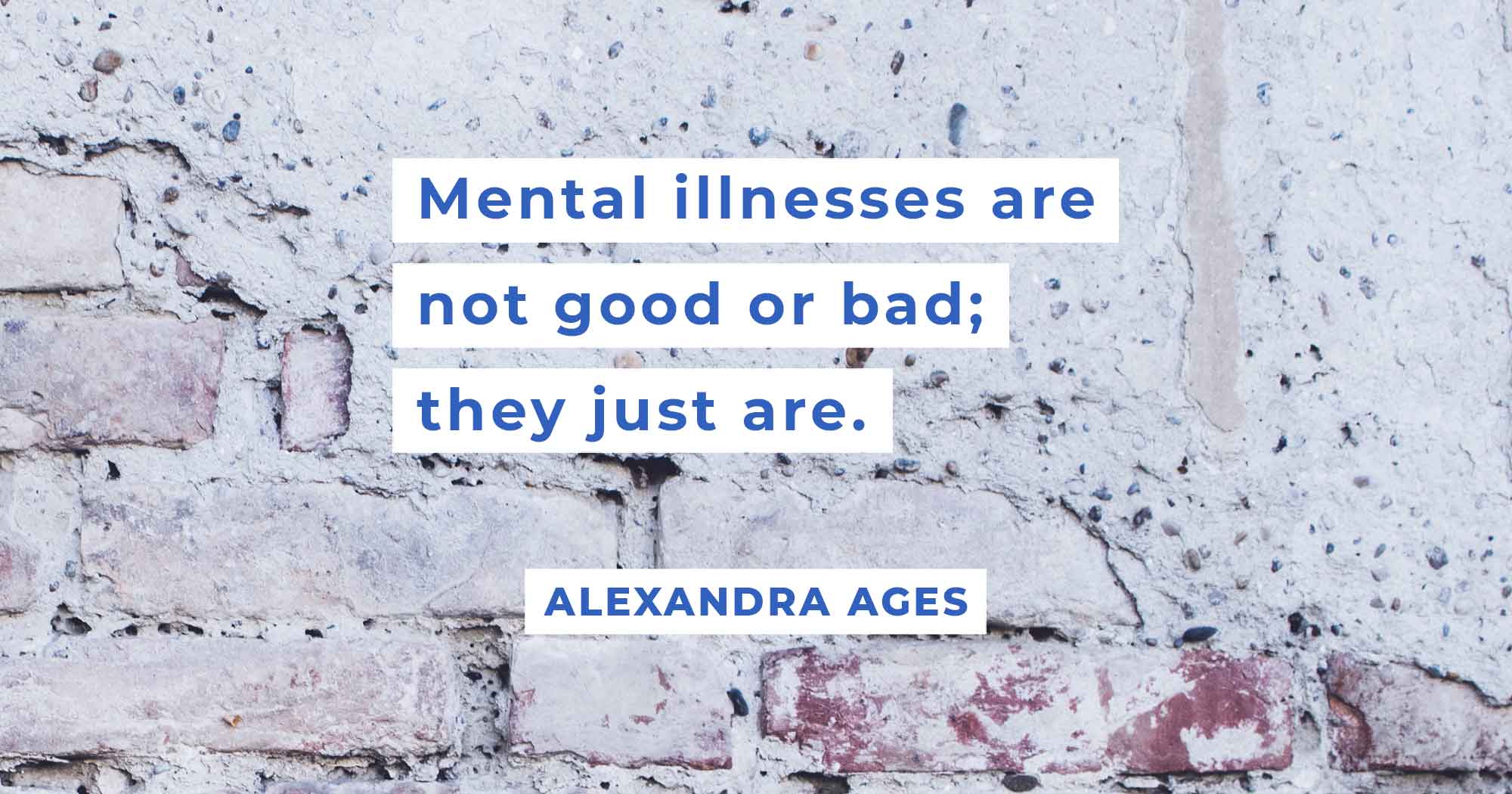 The idea that mental illness is a character flaw, something that can be done away with by thinking positive and living well, is complete and utter bullshit. Society has come a long way in regards to mental illness, but we still have so far to go. When I take my pills, it’s the same as a diabetic taking glucose: we are both treating a health issue. And when I see a therapist, I am not paying to whine about my issues, as some would suggest, but instead working to take control of my mental health and to solve my problems. By no means do I want to suggest that all people with mental health issues need medication and therapy, that’s just my path. But I do absolutely suggest that all of us, both those facing mental health issues and those who haven’t ever experienced such a thing, work together to lose the stigma that still surrounds mental illnesses. People with depression are not beautifully broken. People with OCD are not “crazy clean freaks.” People with schizophrenia are not violent, or scary. Mental illnesses are not good or bad; they just are. We need resources other than lazy TV writers to provide information about what mental health really is, and we need to teach young people in particular that they do not need to feel ashamed about it. Medication, therapy, and other methods of treating mental illnesses are all valid, and different approaches work for different people. But telling somebody only to “think positive and eat clean” is in no way helpful. Mental health is real health, and people with mental illnesses are not defective, lazy, frightening, or any of the other awful stereotypes associated with mental illness.

My name is Alexandra. I am a great student. I actively volunteer in my community. I have a steady job. And, before I go to bed each night, I take my antidepressants, because I have OCD and they allow me to achieve what I am capable of achieving. I have OCD, a mental illness that I see a therapist for, and I am just as smart, witty, beautiful, and capable as anyone else. I have OCD, and I will not hide it away like some dirty little secret, because my mental illness isn’t something to be ashamed of. 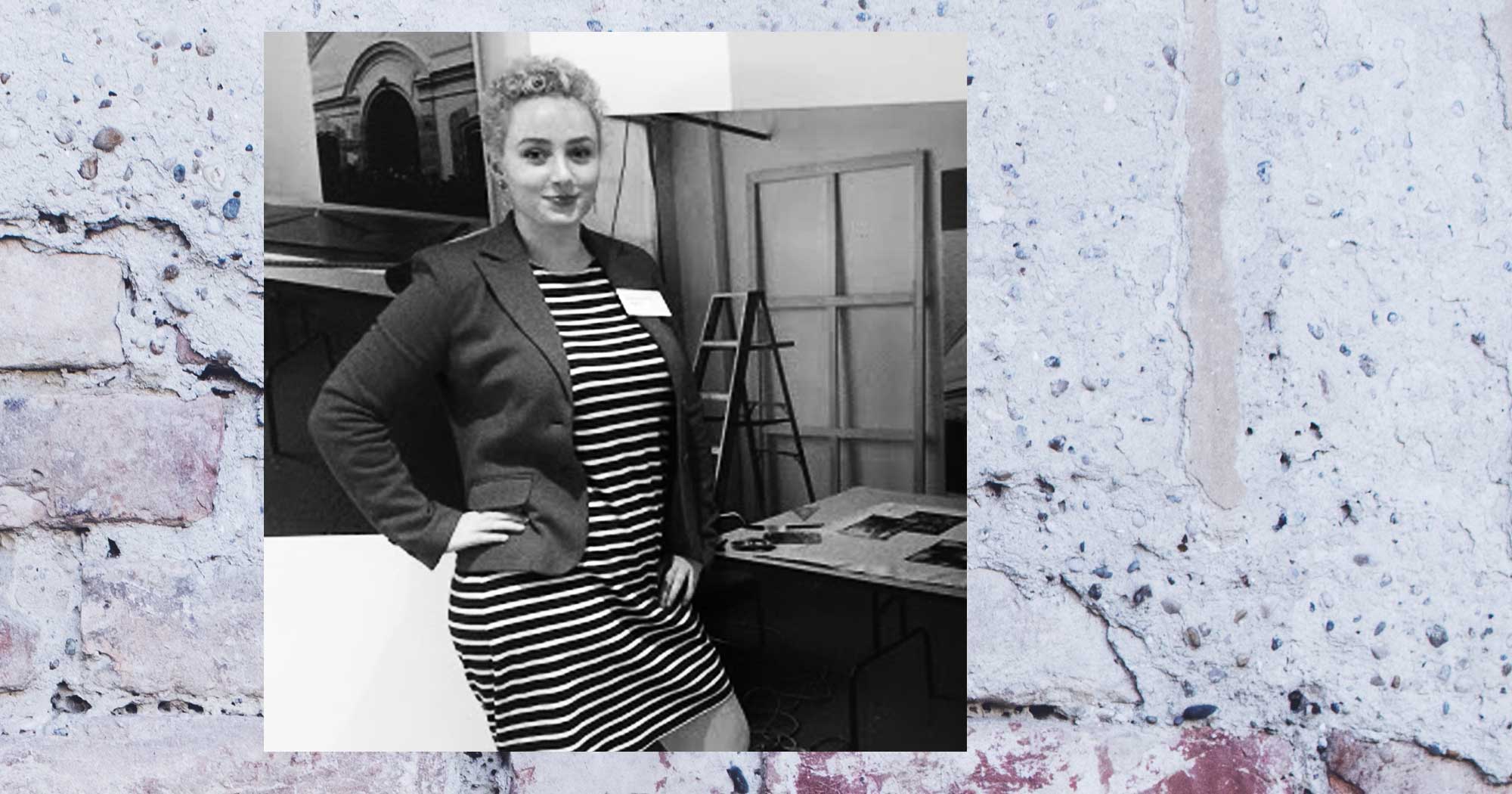 Alexandra is in her final semester at the University of Victoria, and will be graduating with a degree in history and applied ethics. Since finding a successful treatment plan for her OCD, Alexandra has had three different academic articles published, has helped to organize the City of Victoria's Women's March, and currently works as the coordinator for her school's food bank, the UVSS Food Bank and Free Store. In her spare time, she volunteers with the Students For Literacy Foundation as a classroom tutor and reading mentor, works with the UVic branch of Meal Exchange to promote food literacy and sustainability on campus, and is a passionate advocate for the UN's Sustainable Development Goals, with a focus on goals related to food security, literacy, and gender equality. Alexandra was also among the first cohort of "Girls on Boards," a national initiative to promote gender equality in leadership positions overseen by the G(irls)20 program.

I’m Being Listened To: A New Page in a Story of Anxiety and Depression

Bryan Long writes about his struggle with anxiety and depression from the perspective of a young man opening up to a provider for the very first time.