A Mom With PTSD: Journey Down The Rabbit Hole

A Mom With PTSD: Journey Down The Rabbit Hole 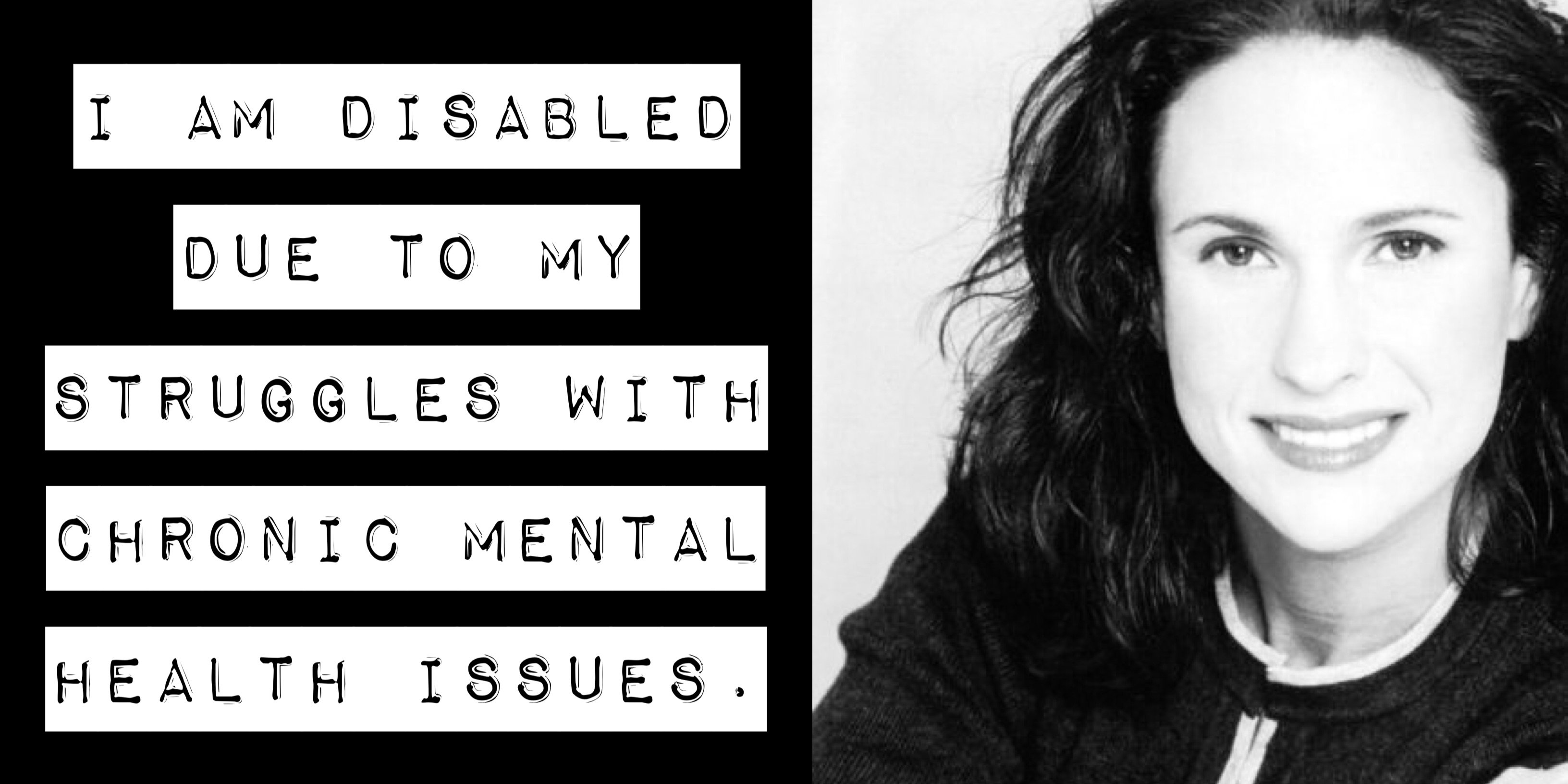 The first of three essays by Emilia in a series, this post contains descriptions of abuse. The artwork in this post was created by Emilia.

My name is Emilia. I’m 46 years old. I look perfectly healthy and “normal.” However, I’m actually disabled due to the fact that I struggle with serious and chronic mental health issues.

I wasn’t always this way, though.

I was born in New Jersey to Hungarian immigrant parents, the oldest girl and second of three children. To any outsider my upbringing was normal. We had our share of ups and downs. I suppose that I could say my parents did the best they could with the tools they had. At least now since they’ve both passed, this is how I am choosing to remember them.

I was a good student who graduated high school with high honors, and was a member of The National Honor Society, seventh in my class. For all their faults my parents taught us the virtues of honesty, hard-work, self-sufficiency, and honor. They taught us to love our country while still proudly maintaining close ties to our Hungarian roots. I was always a gregarious, quirky, and outspoken child. This used to land me in a bit of hot water on occasion as my teachers would comment “Good student, but she talks too much.” As I matured (or should I say got older) I learned to control myself . . . sometimes. *smile* 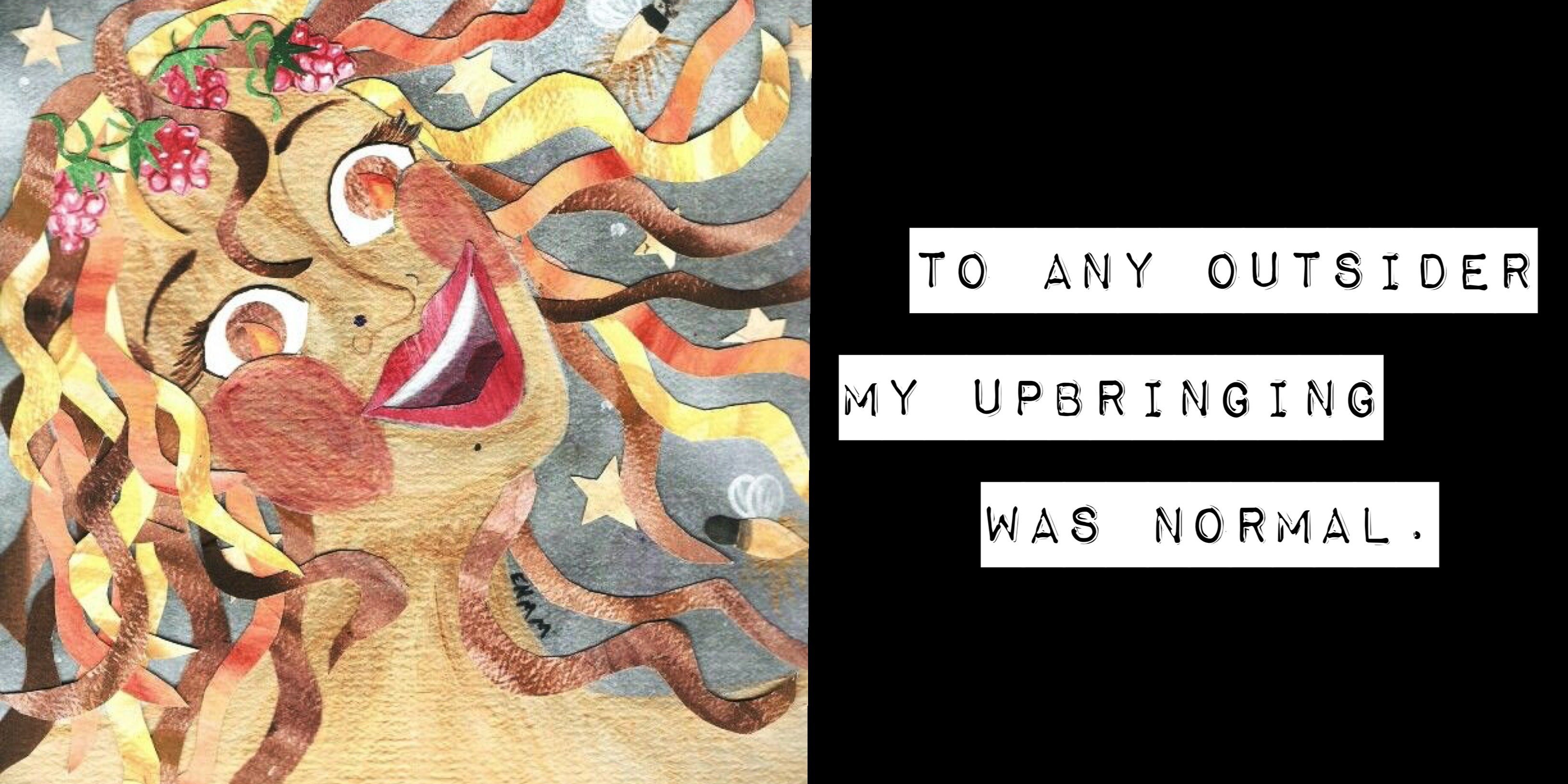 I graduated from high school, and, with a partial scholarship and student loans, went on to complete two years at Rutgers University. Sadly, I never finished. I decided to get married instead. I say “instead” because my first husband (we’ll call him “Dick”) was extremely intimidated by my earning a degree. He would repeat over and over, “If you graduate college, you won’t want me anymore.” I finally submitted to his trepidations. After we were married I left my family’s business and took a job as a secretary until I became pregnant at the age of 24 with our first child. I was to be thereafter, a stay-at-home-mother, partner to Dick in a business of our own.

My dreams were very simple. I wanted to be a kind, loving, adept mother, a faithful dutiful spouse and supportive partner in our business. As my children grew, I found myself wanting to accomplish more. I wanted so much to return to college to complete my education. But Dick was dead set against it.

So around the age of 30, I got the wacky idea that I would try to become a competitive bodybuilder and a fitness and swimwear model. I’m not exactly sure why Dick was somewhat supportive of these far-fetched notions of mine in the beginning. We did meet in a sweaty, seedy, bodybuilding gym (I loved it). Not only were we partners in life, but we were also training partners in the gym.

I believe that he was convinced that I could never, ever come close to becoming either a model or a competitive bodybuilder and would eventually get the wind knocked out of me and simply give up. Who in their right mind decides at the age of 30 after having four children that they would pursue such goals? But much to his chagrin (and everyone else’s), I succeeded! 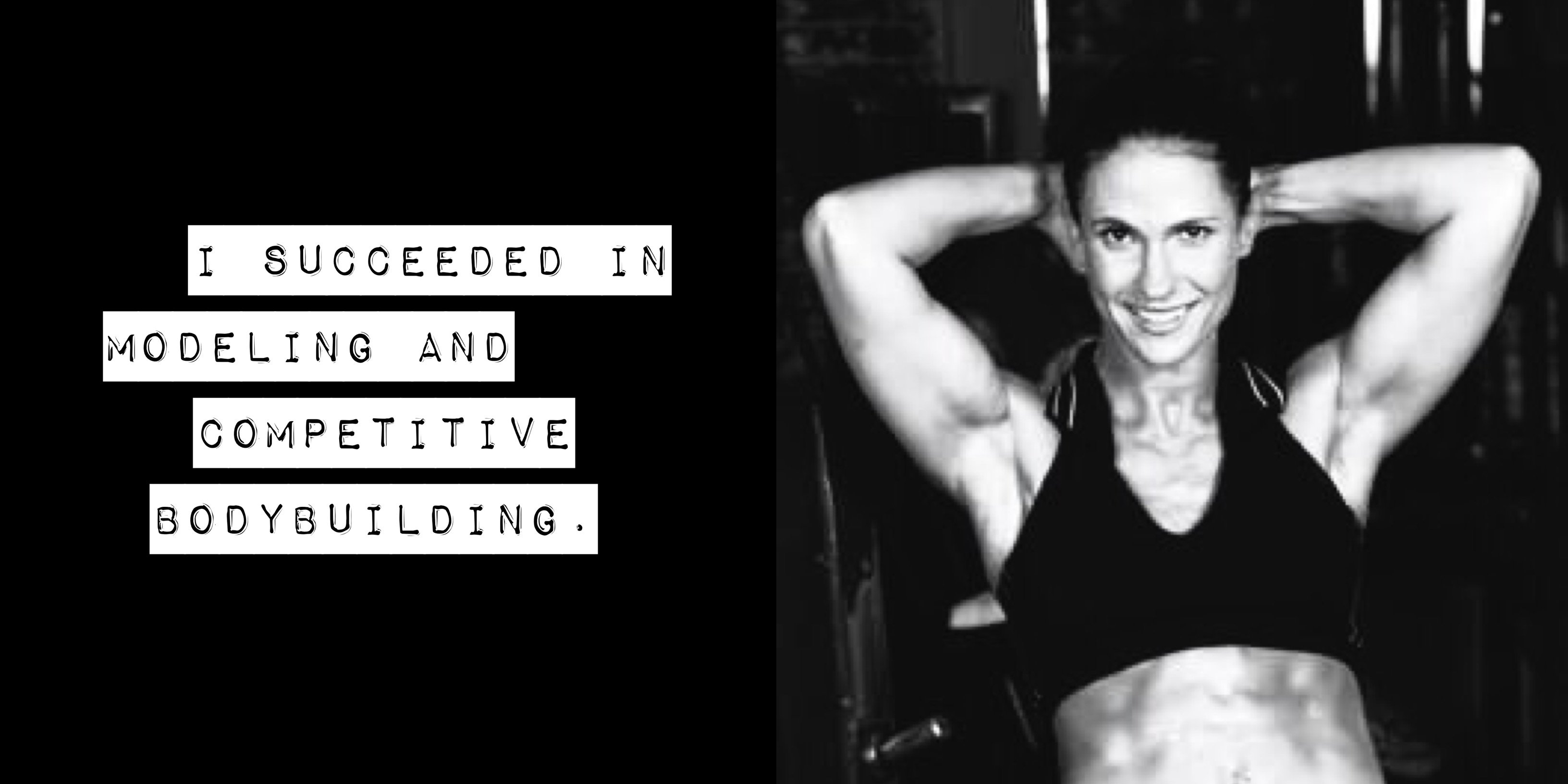 The more successful I became, the more resentful, possessive and angry he became. And so my marriage became ever more volatile. When our marriage was new and I was a stay-at-home-mother with any number of children constantly in tow, there would be the occasional jealous outburst. But as I began to actually gain work as a model, the possessiveness took on a life of its own.

After a 13 year relationship, I “earned” my then-husband’s wrath and received a beating. Dick and I had gotten into yet another verbal battle. But this night the all-too-common heated verbal altercation escalated and finally became physical. The fight ended in our little office just off of the living room when my head hit the commercial grade carpeting on the concrete slab floor with his knees on my chest, his fingers wrapped around my throat. In my mind, my first marriage came to a screeching halt that night sometime in the year 2000.

How does a person who spent the majority of their life perfectly mentally healthy have “their cars go off the rails”? To understand what brought me to the brink of insanity: the deepest, darkest hole from whence there seemed no rescue, we have to go back to the time when I was just nine years old.

BRUISED BUT NOT YET BROKEN

Since the age of nine, humanity has visited upon me one abuse after another: physical, sexual, emotional, and psychological traumas which tragically continue to present today due to Parental alienation.

The majority and most severe abuses were by those who were supposed to have loved me most, the people that I should have been able to trust implicitly — members of my family. I was molested, raped, beaten near death, and choked unconscious (on a few occasions). 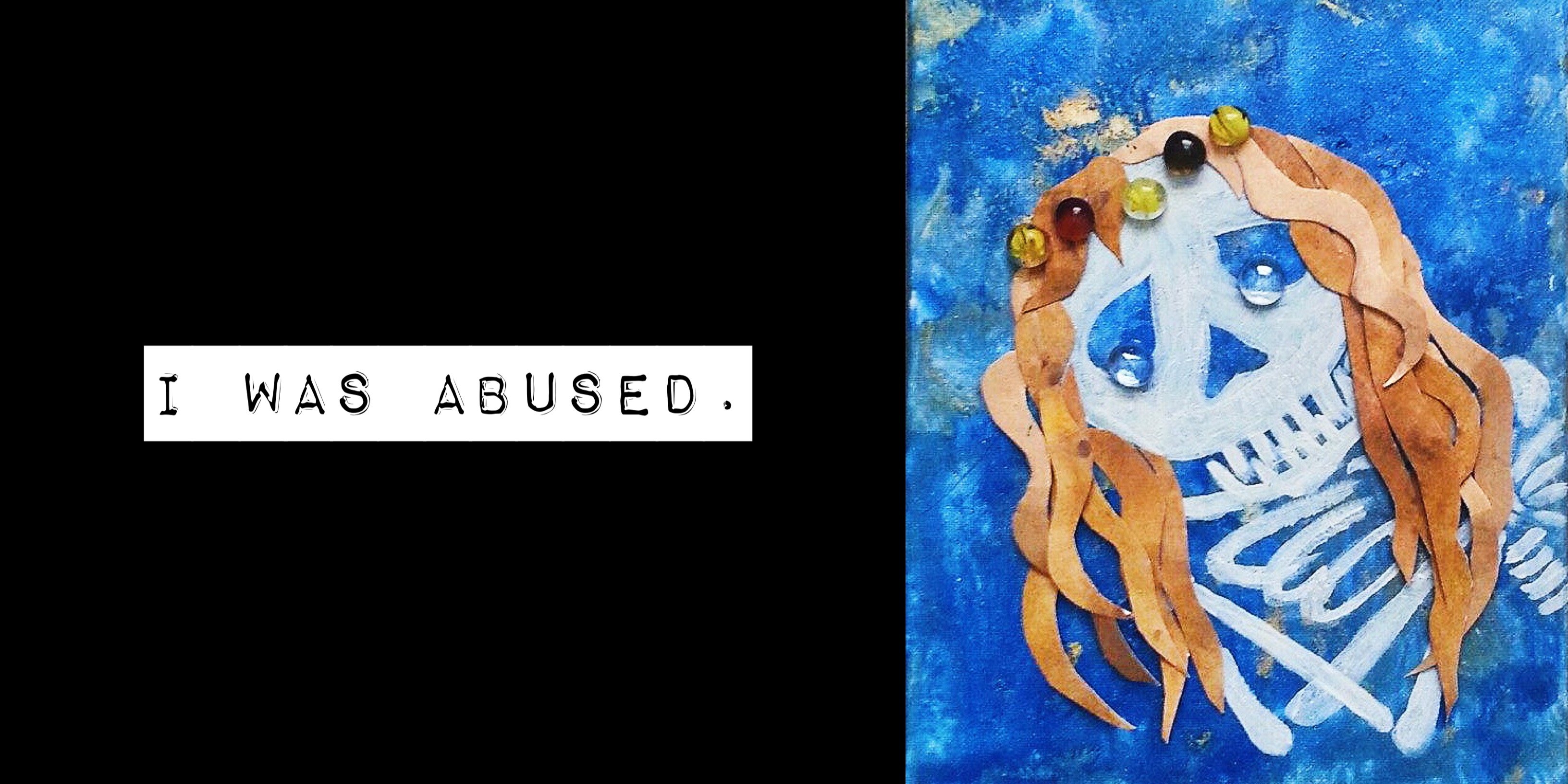 The first time I was molested was by a family friend at a public swimming pool while we were summering in Hungary. I frantically ran and told my mother. She did not protect me or comfort me or seek out the dirty old man who molested me. But to my absolute shock, she became angry with me and called me horrible names. She treated me differently from that day forward. Many years later I learned that she would often counsel my younger sister “to be different than I was because I had a dark, dirty, and evil soul.”

As I grew into adolescence, other abuses would be visited upon me. Because of my mother’s reaction when I told her the first time I was molested, I had no one left to run and tell. I had no one to protect me when I was again molested by a relative at the age of 12 while we were again summering in Hungary. And I certainly had no one to tell when I was raped by another family member at the age of 14 during a summer holiday in Hungary. As my mother looked on from the other side of a door with a glass window that she had locked so my aunts couldn’t intervene, my older brother beat me quite severely.

If I allow myself to think about it, to this day I can feel the back of my head being pounded into the heavy wooden bed frame while he straddled me, holding me down with one tightly closed hand while he kept punching me in the face with the brutal force of his other clenched fist. I’m not exactly sure how the beating ended.

I lost consciousness shortly after I saw my mother fighting my aunts, as she was trying to keep them from unlocking the door that she had locked. I was quite fortunate that my aunts were able to get a spare key. They were able to finally pull my brother off of me, I suppose.

I later learned that my brother was actually trying to kill me for “shaming the family name.” Our mother shared with him her suspicions that I had had sex that summer. She was partially correct in her suspicions. But I had no way to tell her that it was not by choice that I had lost my virginity, never mind exposing who it was that had taken it by force.

My father would choke me nearly unconscious when I was about 12 or 13 years old after he heard of alleged “shameful behavior” on my part. He had been told that I sat in a boy’s lap during a “Farsangi Bal” (Mardi Gras Dance) sponsored by our Hungarian community here in the United States. (Not that it should matter but it wasn’t me. It was another girl from our community.) I can still hear him saying the words (in Hungarian), “I’ll kill you, little girl, before I see you bring shame to this family’s name.” 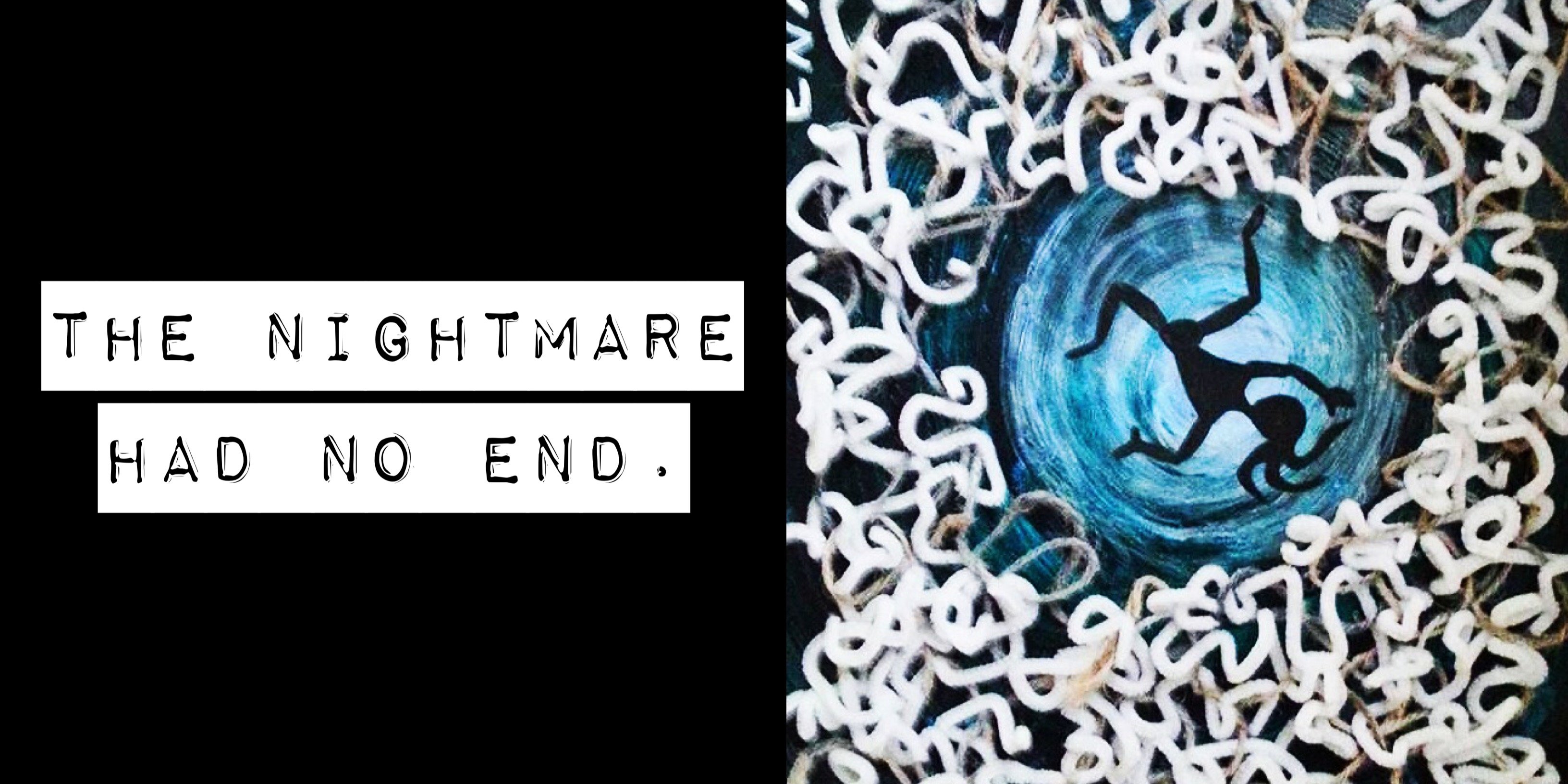 My older brother had once more brutally beaten me at age 17 because I came home drunk one evening after attending a fraternity party on Halloween. My parents were not home at the time so I suppose my brother felt compelled to take matters into his own hands as he was previously instructed to do by my mother. The details of how this night ended, how I came to wake up in the ER, who called the paramedics once my brother got scared because he couldn’t revive me . . . I suppose I’ll never know. But what I do recall is that no one ever spoke of this beating or the other beating I’d received from my brother in Hungary a few years earlier.

It was as if nothing ever happened.

Because my mother and father actually sanctioned most of the brutality I’d suffered citing “protection of or punishment for breaching family honor” I was significantly confused. How could people who were supposed to love and protect me treat me with such brutality for things that were done to me? When I was an innocent child, I was certainly incapable of “asking for” or “inviting” sexual acts. As an adolescent I definitely didn’t ask to be raped. And though coming home drunk at the age of 17 wasn’t a good thing to do, it certainly didn’t warrant a beating so severe that I had to be transported to the ER. My shame, guilt and self-loathing just continued to grow exponentially.

Finally, I was beaten unconscious by a stranger in a nightclub in Sayreville, NJ one evening in my early 20’s.

The second installment of Emilia’s story will be posted on Wednesday October 14. Sign up for our mailing list to get an email when we publish the next part of Emilia’s recovery story.

Emilia Zsuzsanna Rak is a writer and communications specialist based in Little Rock, Arkansas. She has been writing articles on the pursuit of health, wellness, fitness, modeling and an array of issues regarding parenting, family, relationships, domestic violence, abuse and the pursuit of self-esteem both online and in print for nearly ten years. She is returning to school with the goal of becoming an art therapist. She is also working on her memoir, "A Tough Nut to Crack." When asked for a few lines for her bio she wrote: "It's my sincere hope that I will leave this earth a better place than when I came into it. To sum up my feelings I'd like to quote my daughter, Nini. She said to me, ‘Mami, all of our pain and suffering and bad stuff that happened to us wasn't for nothing because some day we're going to help people.’" It turns out that Nini was right, because Emilia is now an honors student at the UALR School of Social Work pursuing her BSW, realizing the dreams that she and her girls could only hope they would ever see.