The Plight of the One-Person Mental Health Support System 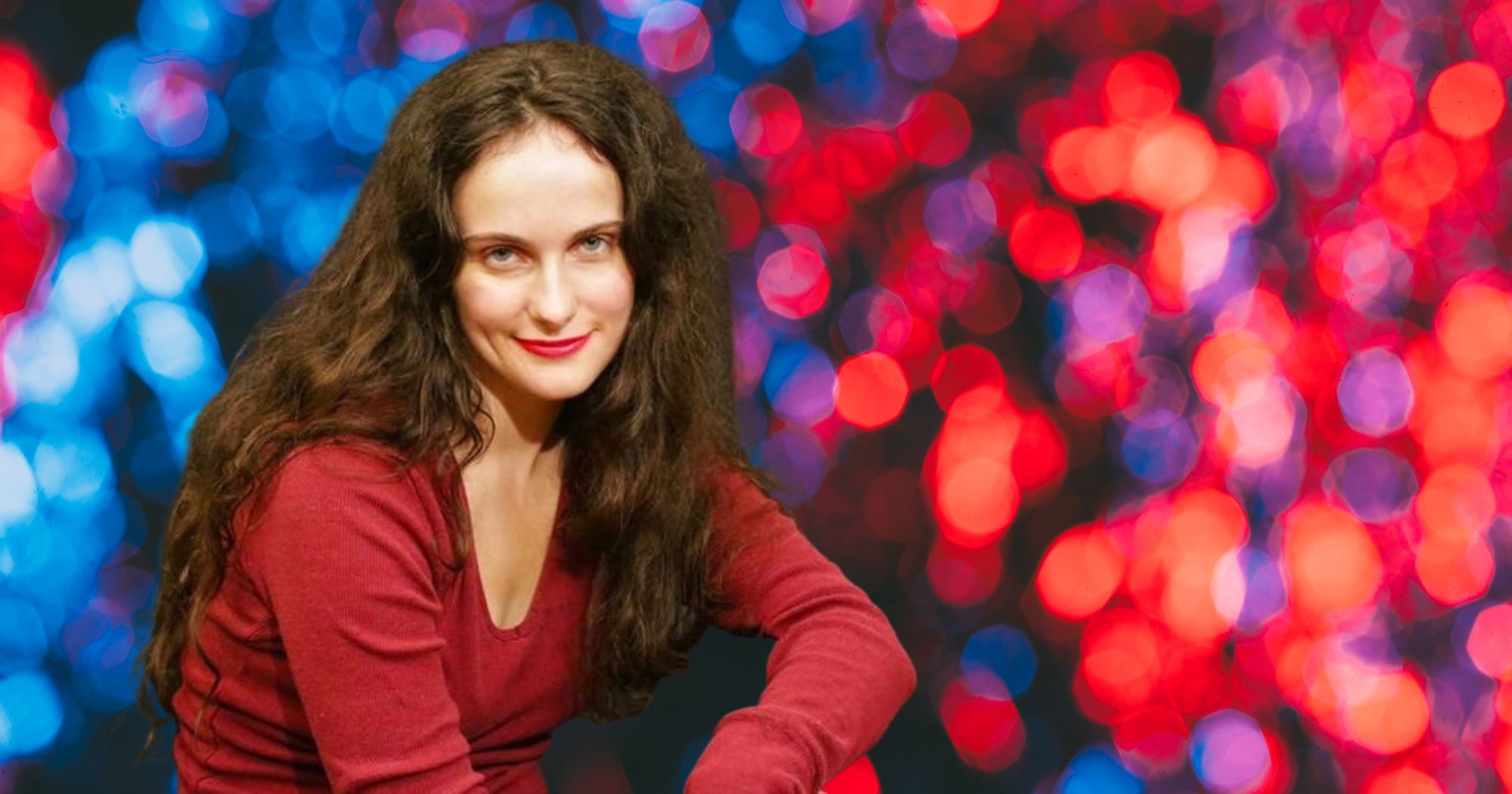 The Plight of the One-Person Mental Health Support System

How can I ask a person like that for help when anything I say may be considered the symptom of an illness or a disability? I’ve certainly tried, gotten a few diagnoses and a lot of hemming and hawing about a boatload more for my troubles, and I discovered that most therapy programs are built by and for cognitively normative individuals who can do things like get presentable to be around others every day and show up to a thing on time every week or every other week and remember appointments and things. People who don’t lose days at a time.

Is it too much to ask to have some walk-in hours that aren’t just for signing up?

It’s freezing today, the porch covered in a blanket of faded orange and brown leaves. Water in a discarded plastic container has frozen at just the first centimeter of surface. The air bit at my fingertips when I went out there, even at the pads of my already cold feet when I went out with tennis shoes, but sockless.

All five chickens were clustered inside the spare-board house, so I said goodnight and closed the door, slipping the wooden brace on top over it. Sometimes I sing the “sleepy chicken” song, but I was in haste since it was already dark, so there was no concert. I was shocked I could step outside when PTSD usually chokes my bravery to wander from the house at night unless it’s some place brightly lit or sparsely populated at any hour. 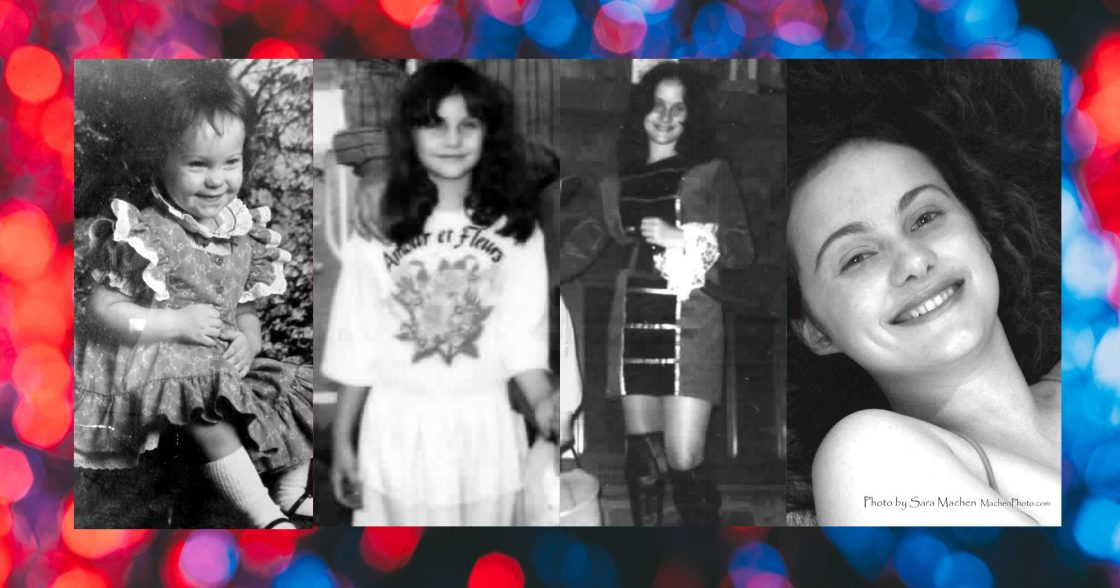 My god, you smell like a zoo animal’s vagina.

I don’t, I was just calling you a zoo animal and pointing out that the smell wafting up from your Tinkerbell pajama bottoms is that of your vagina, which wouldn’t be so bad if it weren’t a day old.

‘Alright, this is getting mean.’

How did we get here again?

I have no plans, but too many. They swamp my mind when I don’t take my ADHD meds. Maybe I just have too many people inside, each with their own tastes, preferences, triggers, and ambitions for life.

Primarily, we want to write. 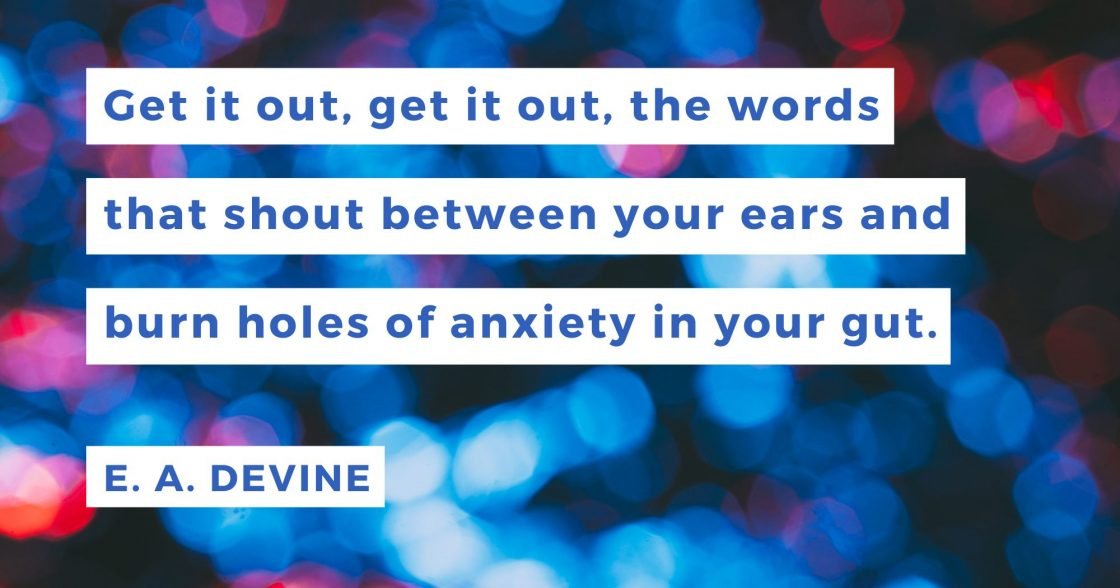 ​How happy to see them sometimes, I am. At least we all like to write, every day, thousands of words, so that could be a plan.

We need it, because there’s no way for us to function without it.

There’s a difference between someone who wants to write and someone who needs to write. Both can become good writers, but the one who needs it can’t function without it. My verbal communication breaks down, and the words become a spiraling vortex turned into a knot of anxiety in my chest, my gut, my heart that races when I first wake up, if I don’t release them all.

It’s too much, but I need it. We all do. None of us are ourselves without reading and writing.

Mom paces around the kitchen near my bedroom “door” (a blanket) and I sit in the dark in front of my screen because I need to, but also to avoid her. When you associate your mom with abuse and sexual abuse, every interaction can become squeamish and uncomfortable. I guess if she wanted me to spend time she shouldn’t have spilled encounters with her dad and my father to me before I was thirteen years old… and on and off, since. 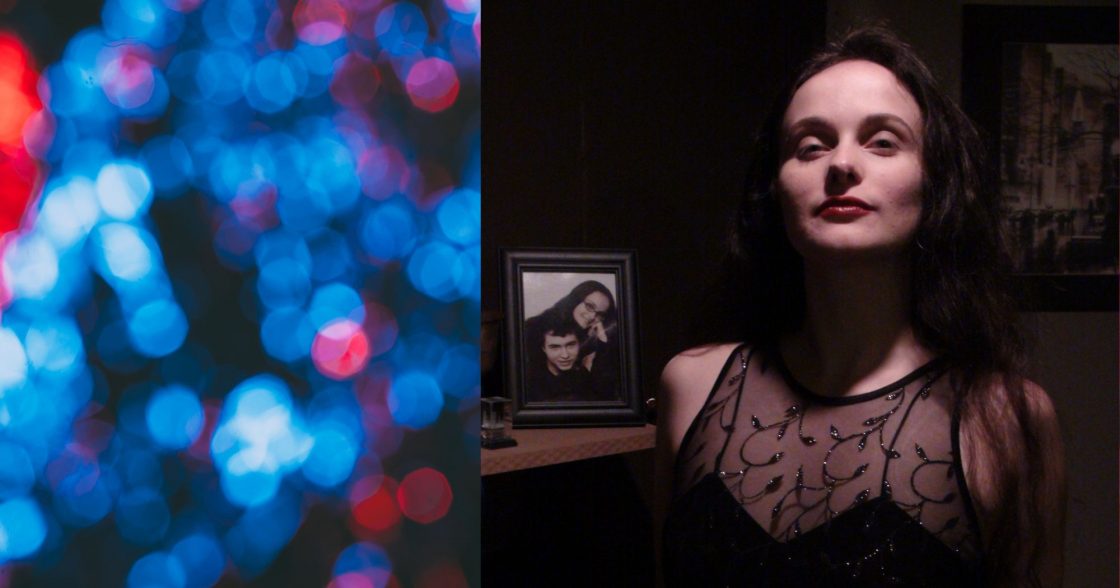 Or insisted on moving in with me and my boyfriend, the first man I ever found with either no ego at all, or not enough for me to destroy.

No, I don’t know how I’m even a little bit straight, either.

It might help a little that he’s on the submissive side.

I hurt when my mom hurts so sometimes I slam down the walls in my empathy around her so I won’t hurt. But then she’s all alone…very few friends, just my younger brother, Dustin, in his room playing games all the time.

Alone in the smallest room in the trailer with smoky air and a bed filling most of it, she sits and stares at shows on her computer and makes a database to track all the lottery numbers as if there were a way to predict random, which she believes after twenty mostly unsuccessful years. But, who knows? Maybe there is. She used to help build satellites. 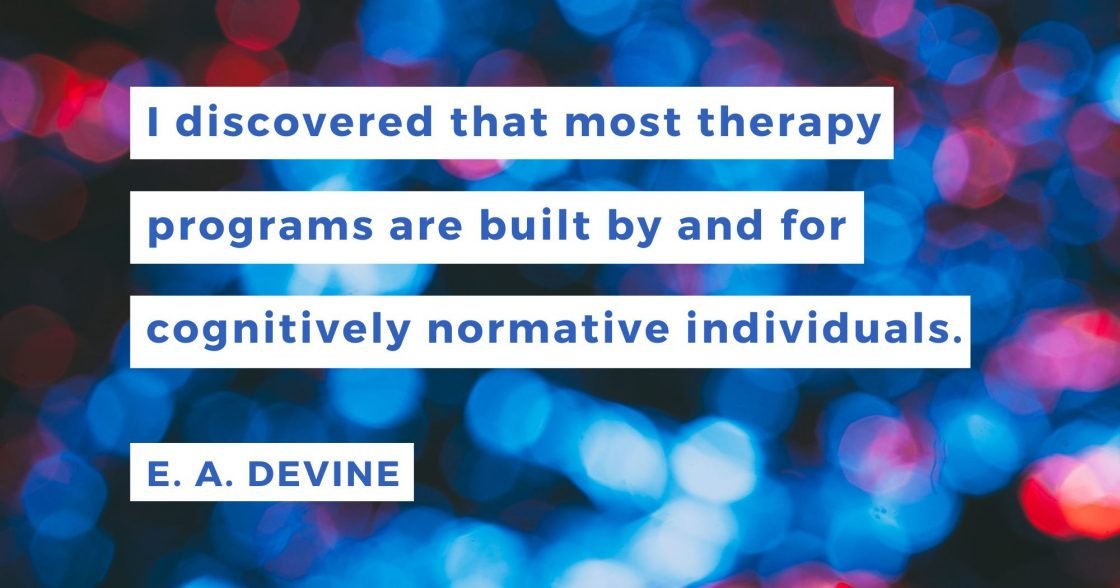 I sigh in the dark, hunched over one knee. My feet are freezing blocks of ice. I should consider putting exercise on the list and wearing the fuzzy slippers someone recently gave me: leopard print with red bows, so hideous, but useful. Considering I’m wearing black pajama bottoms with pictures of Tinkerbell on it that my mom bought me for Christmas, I don’t think I have much room to complain about ugly slippers.

I don’t care what people think of my appearance, because people dictating what is appropriate for me to wear is just another way to wrestle control from women via manipulation.

​I still do it sometimes, when I get desperate for money, which is all the time, because my symptoms of illness and incompatibility with people whose worlds are upheld by mass delusions are so extreme that I can’t go near people I work with after a few weeks, and my independent nature and demand that no one (especially men) give me orders about where to be, when, what to wear, or how to act, will reassert itself even if I need the check or cash.

Writing is the only chance I have, or I might as well roll up my life and smoke it like hash.

There’s nothing for me but the word. Not a religion, but a magic practice of mixing and matching, making sense of the senseless and senseless stories to appease me, not the masses. No one need demand it from me because it’s the thing I do without being told, the thing that holds me to the world just because it’s so damned fun to do. If I returned to the ooze or the atmosphere, how long would it be before I grew fingers again? 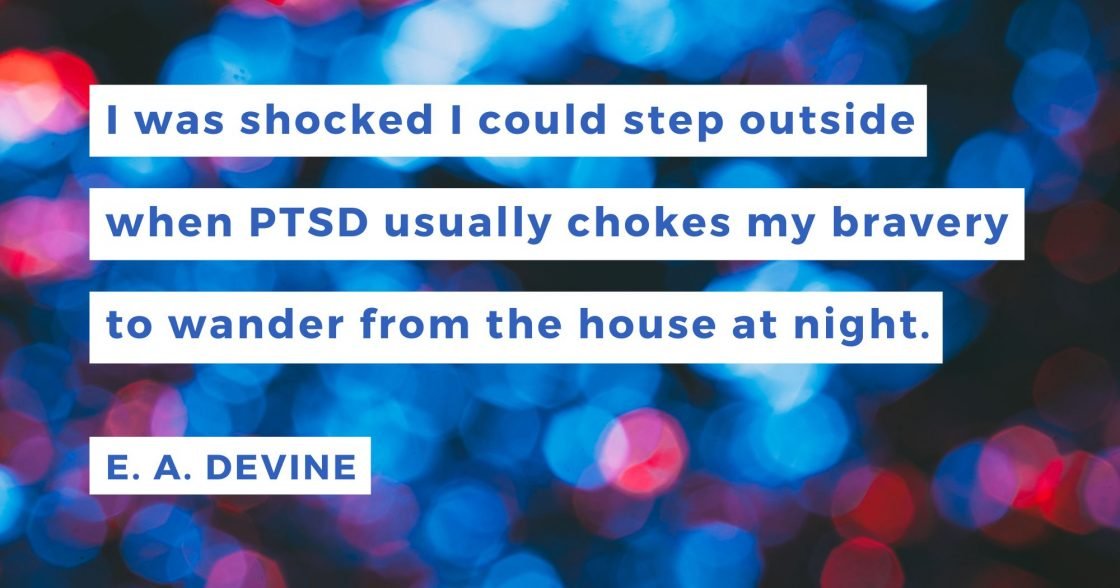 I’m hungry. My stomach burns with it. I’m also too lazy to leave the keyboard. My ADHD meds usually help with that, but lately I’ve been counting the hours I’ve had for myself and wanting nothing but writing for them.

And realizing, through my writing, that I have some serious problems to deal with and/or a serious need to escape my situation.

It’s a family tradition—to run away. My parents (my mom and stepdad) ran from Philadelphia, to Arizona, to Alabama, to Georgia, to Florida, back to Georgia again and never managed to escape themselves, at least not until my stepdad died of brain and lung cancer a few months ago.

At the same time, I’ve tried to root in one place on the front lines of misogyny in the United States, and coming back to Georgia and coming back again and again has just felt like an inability to leave a bad relationship.

To be honest, I wish I knew the way from here. I wish the many memories I have of trying to find help in the world of the blind had been filled with kindness. The beginning was, I think: Mrs. Estes and Mrs. Green who pulled me aside in a school in Tuscaloosa, Alabama and got me to talk, which led me down a long winding web of trying to find more help, and encountering misunderstandings common of the disabled and misunderstandings of reality we all run into, our own cycles and beliefs to which we cling.

So many unnecessary boundaries through policies that make getting help and staying in a program so difficult. Such a need for personal boundaries at home in ways that go beyond just running as fast as I can.

That was seven years ago. That was the beginning. You need to see the problems before you can come up with a plan. 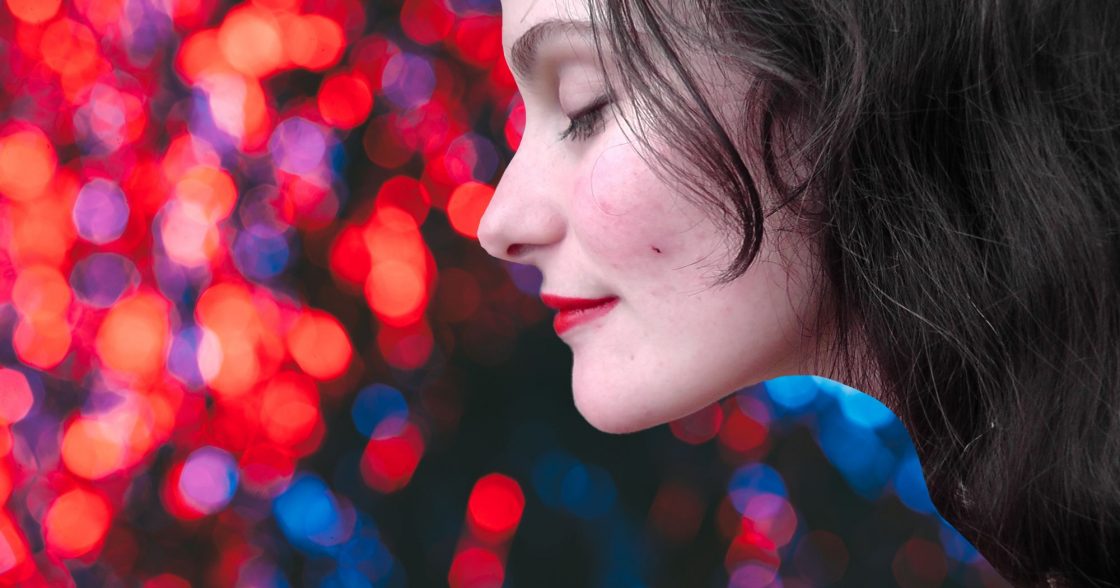 Kelly Schermerhorn, who lives with bipolar disorder, doesn’t count sheep to get to sleep; she plays baseball with Jesus to help keep her brain rested and healthy.