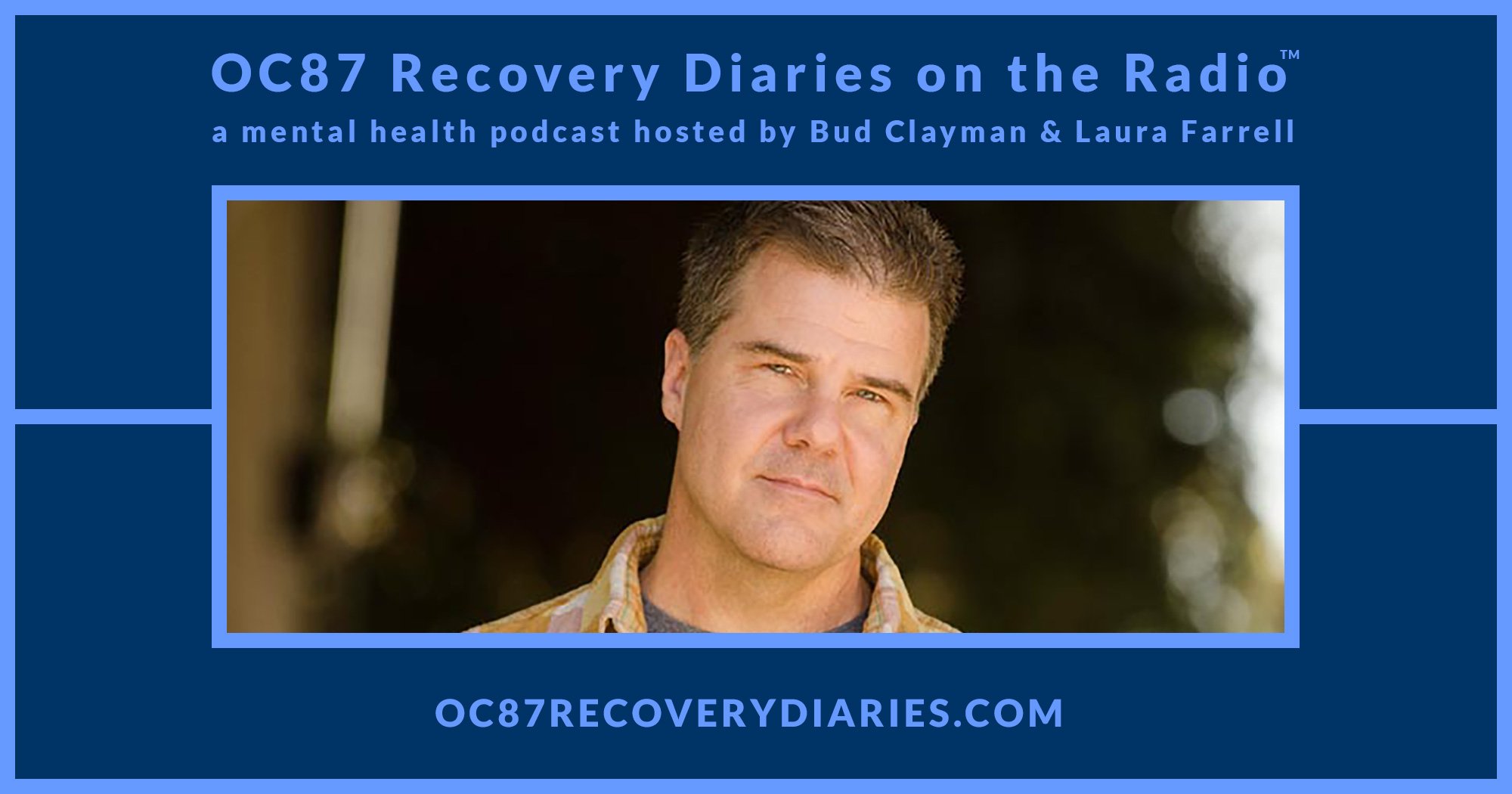 Paul Gilmartin has come a long way since doing stand-up comedy and hosting the popular cooking and entertainment TV show, Dinner and a Movie. Gilmartin, who was sexually traumatized as a child, has found new meaning in life despite his early adversity. He has come to realize that having fame, money, and fortune in Hollywood doesn’t necessarily make for a better life, but often makes for an empty life. 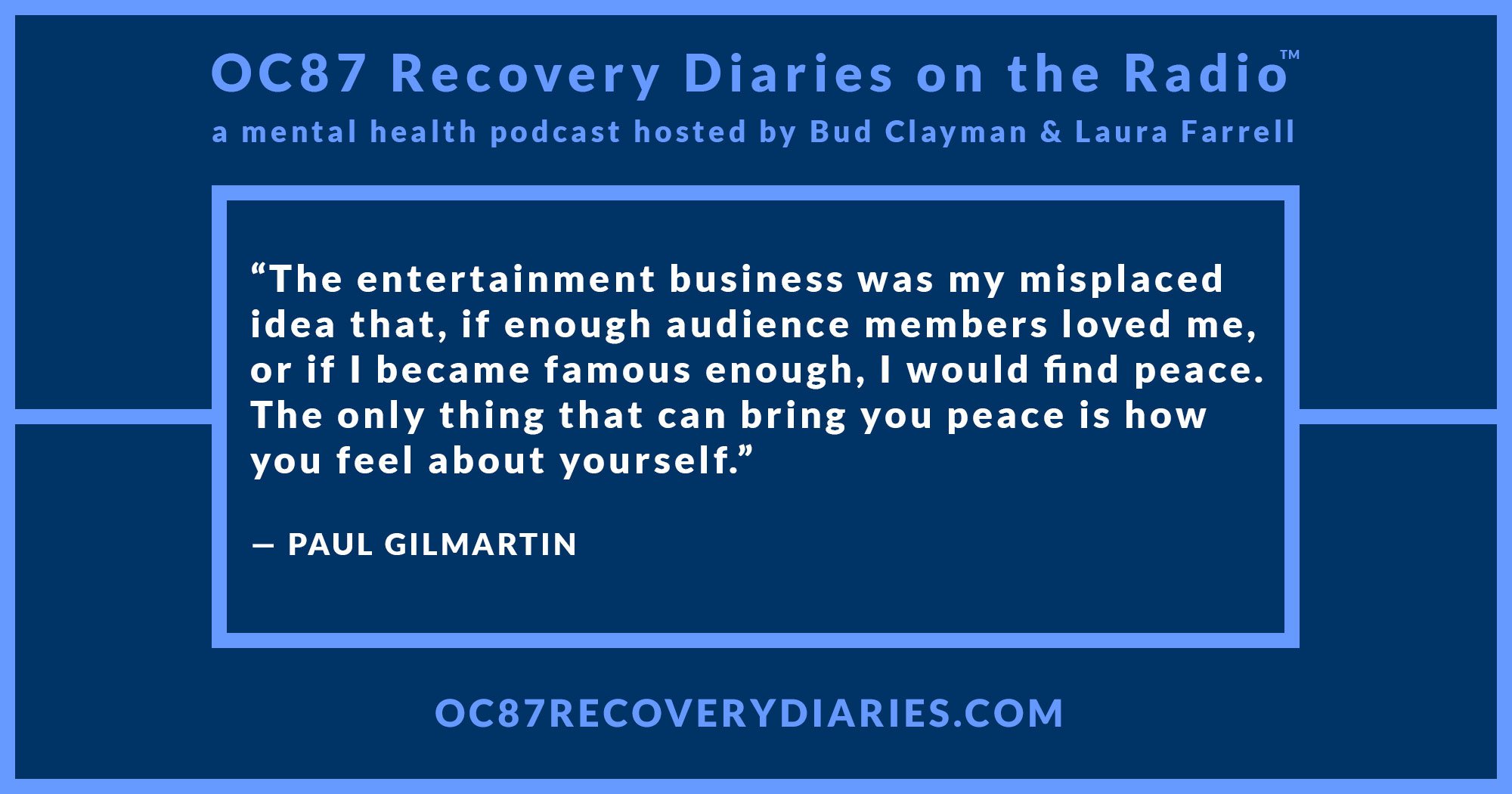 However, Gilmartin has found something far more meaningful than notoriety. Since 2011, he has hosted the hugely popular podcast, The Mental Illness Happy Hour. He loves doing the show because he has the artistic freedom that he didn’t have when he worked within the Hollywood studio system. The day-to-day, frustrating artistic compromises that can frequently exist in Hollywood are now absent for Gilmartin. On his podcast, he can pick and choose his guests, decide when to air (or not to air) a particular program, and, most importantly, he can provide a safe forum for the discussion of complex mental health issues.

On episode sixteen of OC87 Recovery Diaries on the Radio, we talk with Paul Gilmartin from his home in Los Angeles. During our conversation, Gilmartin opens up about the covert sexual abuse that he suffered at the hands of his mother when he was a child. That abuse is something that he came to terms with several years ago and now talks about openly.

Gilmartin offers a lot of hope for sexual abuse survivors. He is now able to attend a very valuable weekly support group for survivors of sexual trauma. He is able to reach out to people on the phone who are there for him, 24/7. Most significantly, Gilmartin has learned to have compassion for himself. These are all difficult things for anybody to achieve, let alone for those who have trauma backgrounds, as trust of others becomes a significant obstacle to overcome.

But Paul Gilmartin has overcome these obstacles, and he has conquered many of his demons. During the interview, he didn’t seem bitter or angry as he would have a right to be. Instead, he was friendly, reflective, and at peace.

What I learned most during this interview was that, no matter what happens in your life, you can re-form relationships and build trust again. Hurt and pain are hard to endure but, with connection to others and ourselves, we can withstand almost anything that life throws our way. 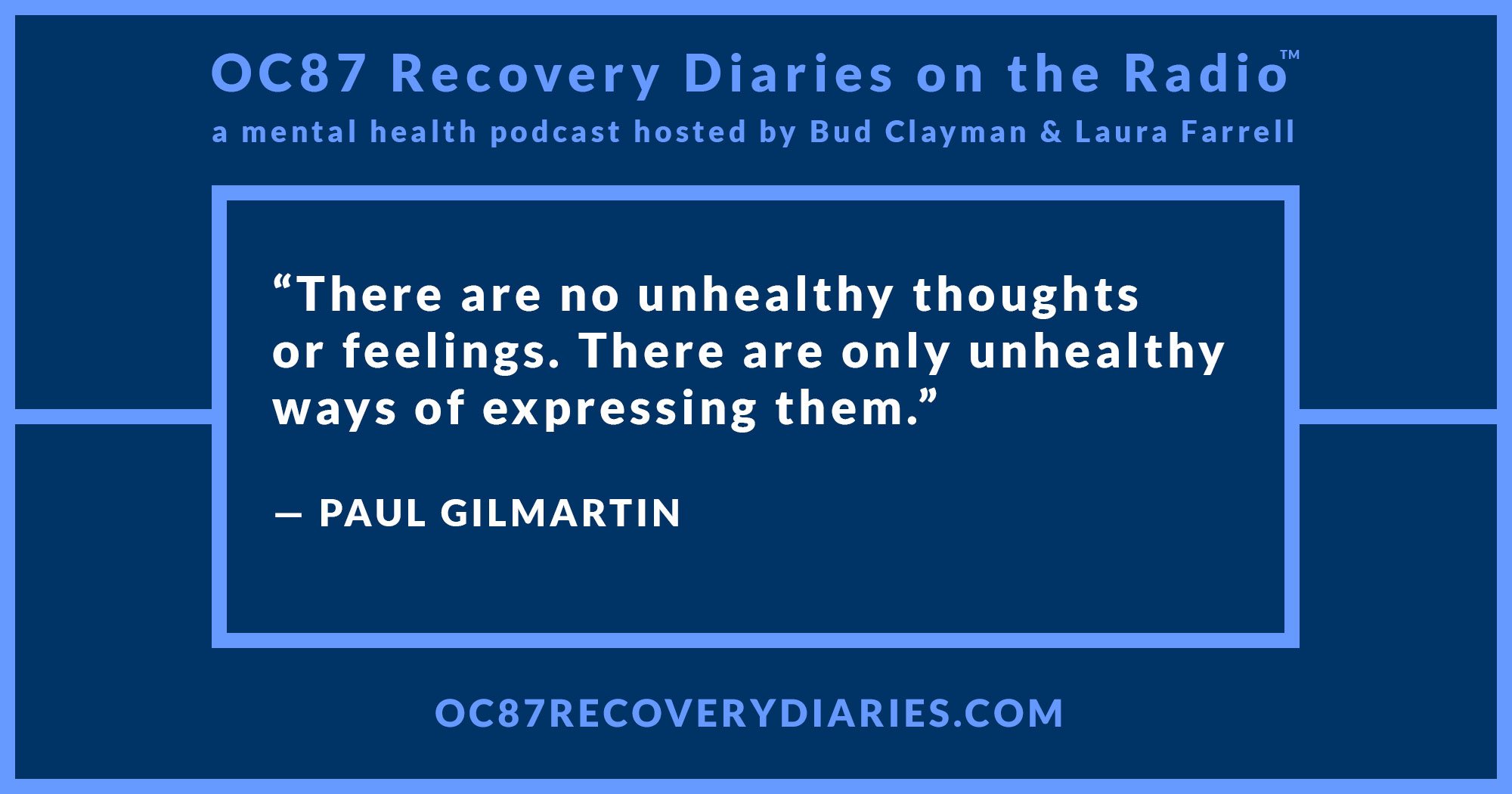 The memoir "Gorilla and the Bird" discusses how bipolar disorder affects work, family, and relationships. Podcast interview with Zack and his mom, Cindy.