Once Upon A Time: PTSD, Anxiety & Major Depression

Once Upon A Time: PTSD, Anxiety & Major Depression 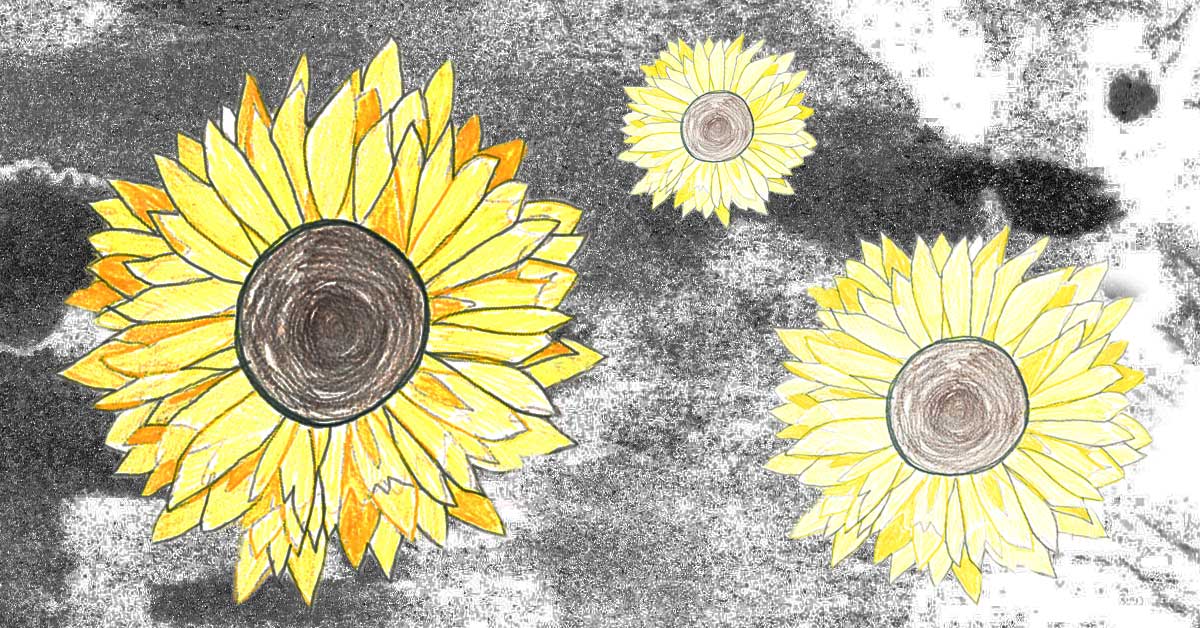 This is part one of Mary Rogers’ story. Follow this link to read part two.

I reside in Nevada County (Grass Valley, CA) and I often write about my struggles with major depressive disorder, post-traumatic stress disorder (PTSD), and anxiety disorders that often lead to panic attacks. I have been under the care of a psychiatrist and a therapist for most of my life dealing with the physical and psychological abuse and triggers I experienced as a child.

More recently, I underwent a slight psychological break. Determined to claw my way out of the darkness, I began to write about my journey and experiences (under the guidance of several behavioral health professionals).

Here is my story…

She was but a wee little thing, at the tender age of six, when her mother walked out of her life. She had an old soul about her, this young one. Everyone commented on her riveting gaze, as she had seen things that others have gone entire lifetimes and not endured. She had lived such a life, that she learned long ago to keep her eyes focused on the horizon. Surely, there would be better days and she held high hope for a better tomorrow. 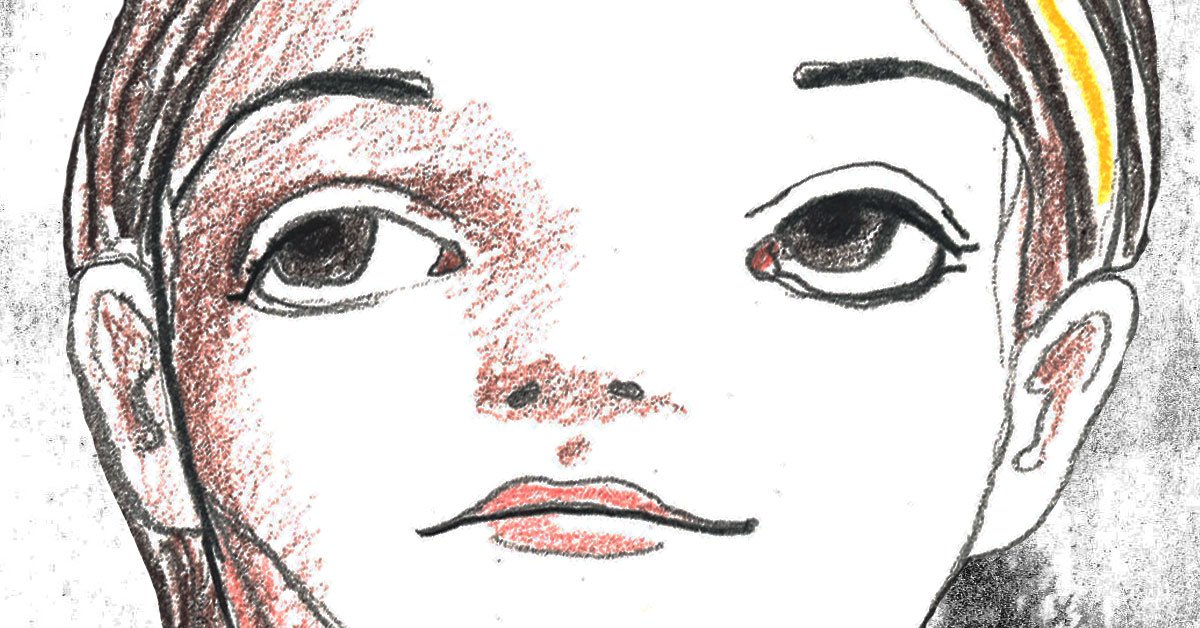 As time marched forward, she found herself growing from a child into a young adult. The transition through this time had been difficult, to say the least. Her world held an occasional dandelion where darkness seemed to abound. Struggling with a life she was terrified and ashamed to confess, she continued on — day-by-endless day. Dandelions were soon replaced with dead roses and cacti. 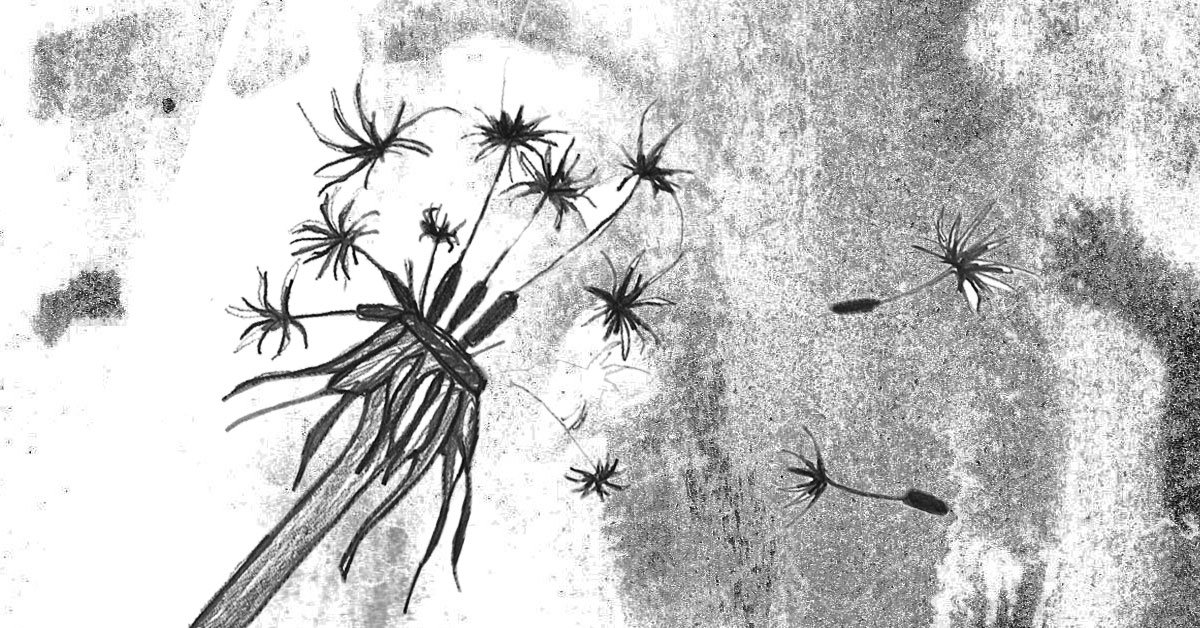 Under threat, she learned to let her mind wander. She still dreamed of better tomorrows but her clarity was growing shrouded amidst the dark fog of her mind. She still held on to hope and treated it like a mighty flower growing and expanding inside her breast — like a sunflower searching for the light. This seemed to make it easier to endure the abuse: the constant beatings, the verbal slurs, the dinners consisting of canned dog food, vomit, and other bodily fluids that met the madness of the dark temptress. 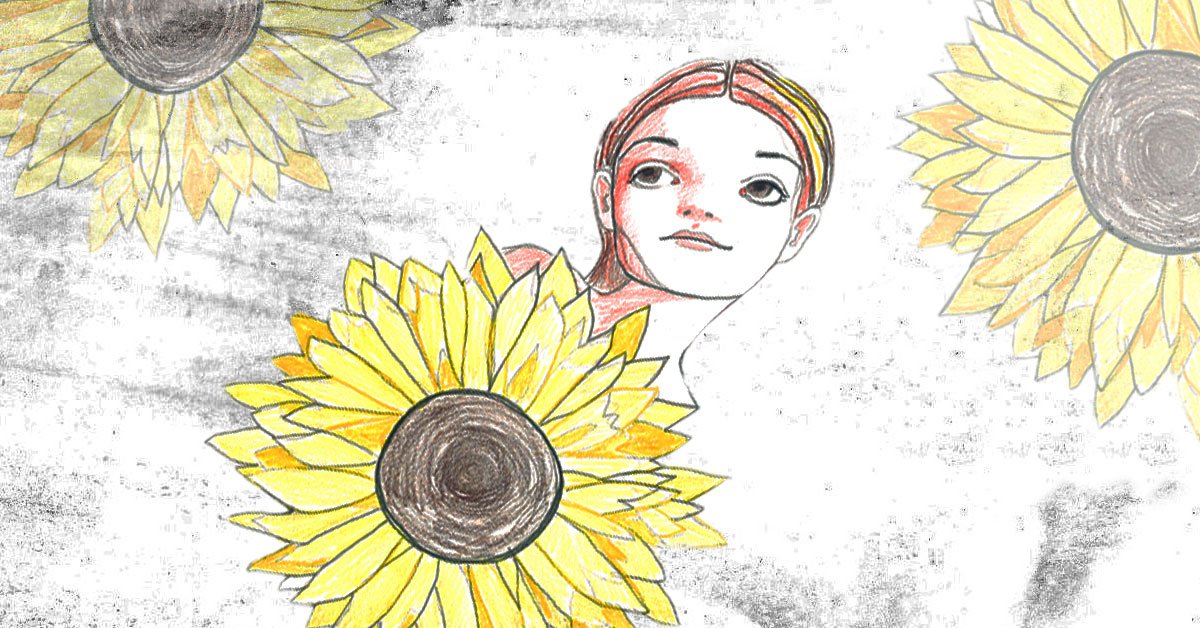 She learned to find comfort in a pretend world all of her own. She would create and this would bring calmness and peace. She buried her long locks in books and journals. She created a secret garden, safe and secure within her mind. This is where she learned to go when she was forced to don costume changes, the suckling of an adult’s breast, and a photoshoot made to delight the mad. 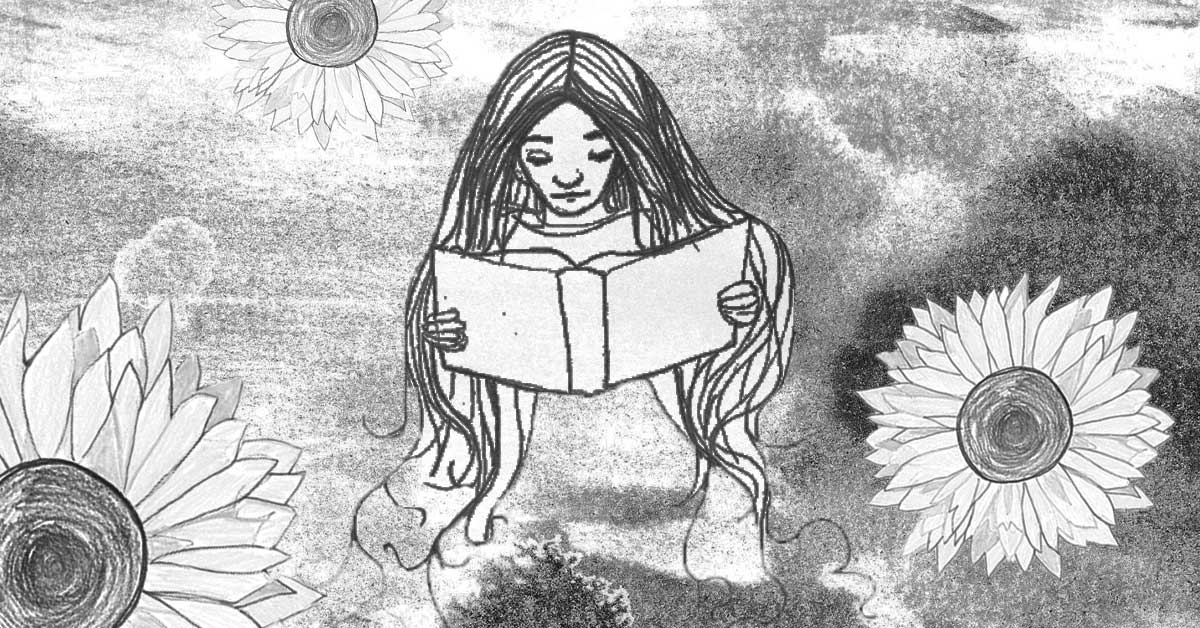 Then the day came where all light had left the land. She found herself trapped in the dark confines of her mind. The water fountain that flowed so vibrant in her dreams was now dried up. The plaster cracked from overgrown tree roots. The grand castle she had erected in her mind had crumbled and all that stood was a remnant of a structure that once was — great columns overgrown with moss. Her secret garden, now a serpent’s den, was no longer a safe place to play. 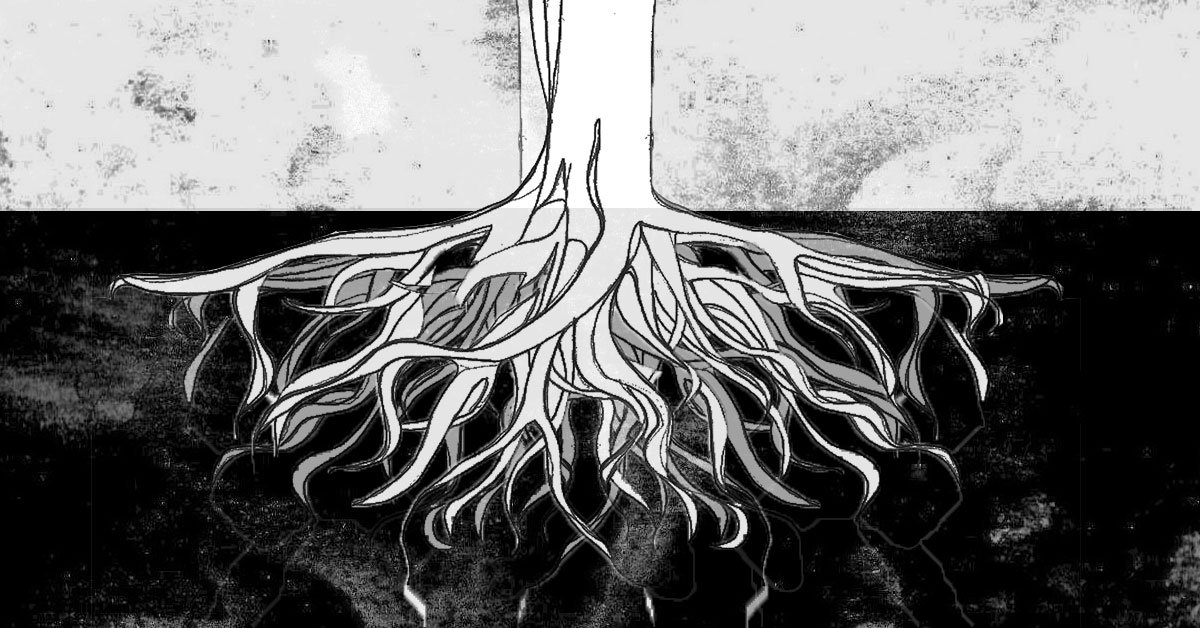 She realized that where she was once able to see the horizon, she now only saw thick fog rolling through a dense, dark forest. Cockroaches and nicotine stained walls. Where she once heard laughter, she now heard a million bats in flight. Holding herself tight, she realized she was so alone in this empty, dark world. The cold bitter lick of isolation tried to console her amidst the darkness.

The day came where she plucked this flower from her breast, this thing she called hope. She cried rivers of tears as she realized hope was bullshit and surely God must hate her. She had read her bible and studied it since she was but two. She grew to realize that she was a mistake composed of God’s wrath and surely no one would ever love her in a way that she could feel safe. Without hesitation, she decided this life would no longer do. With great resolve, she emptied a bottle of sleeping pills and swallowed them without regret.

Surely, this was a desperate act, but she was tired, oh so very tired. She was done stumbling in the dark without a light switch in sight. She was tired of being bruised. She needed a life jacket to cling to, but in the swells of life, she slowly followed the tide and let it pull her under. 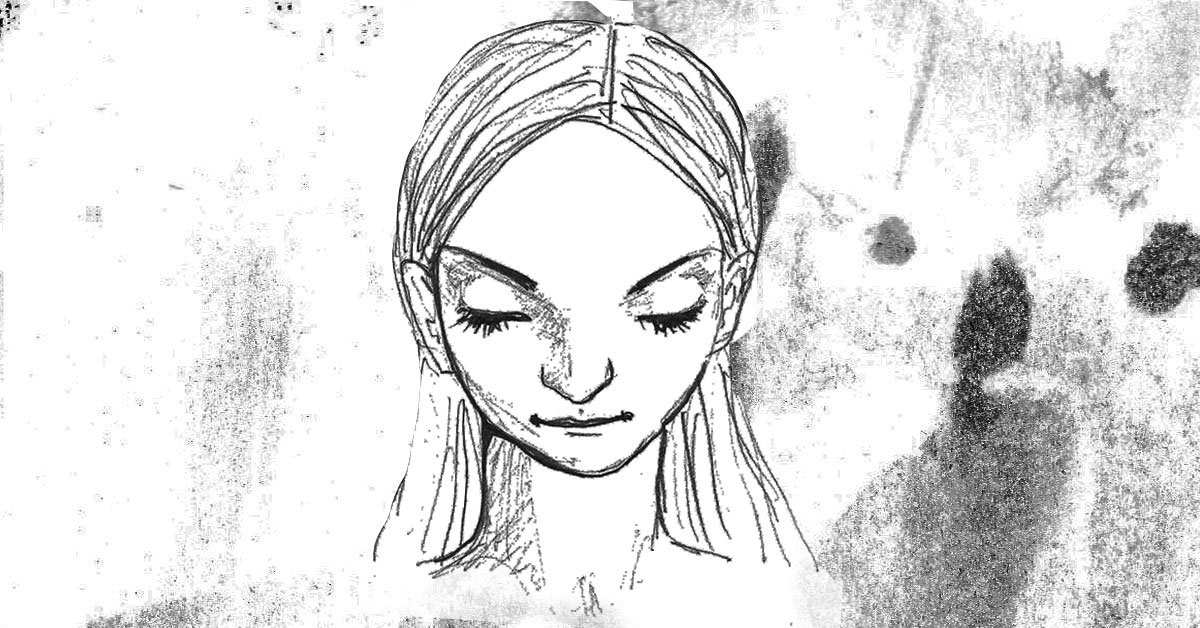 She was found within the hour and had the contents of her stomach pumped and filled with charcoal. She would make this attempt again, and yet again. She was desperate. She was lost. She realized hope or faith no longer grew in her belly — not even a mustard seed.

I heard her heart beating in an animal like panic.

The candle’s flame seemed to glow brighter — its shadow dancing in anticipation of what was yet to come. Out of the darkness, her eyes resonated within me — perpetuating rage and darting with fear. I could smell her sweat. A feral wild thing about to escape. That which began as a whimper quickly became a guttural scream of madness — raw and familiar — an exorcism of sorts.

The hair on my arms stood on end. My head went light as my heart started to race. In one swift movement, everything came crashing down around me. In agony, I realized I was bleeding. Was I cut? Was I injured? Looking at my reflection, I realized I was alone.

I had shattered the mirror and found an odd sort of comfort in the distorted image of myself. She was I and I was her. We were one.

“Right now I want a word that describes the feeling we get — a cold, sick feeling deep down inside — when we know something is happening that will change us — we don’t want it to — but we can’t stop it. And we know, for the first time, that there will now be a before and an after, a was and a will be. And that we will never again be quite the same person we were.

“I imagine it’s the feeling Eve had as she bit into the apple, or Hamlet when he saw his father’s ghost or Jesus as a boy, right after someone sat him down and told him his pa wasn’t a carpenter after all.” ~ Jennifer Donnelly, A Gathering Light

For me, this was that moment.

As I gazed at my shattered reflection and homicidal hooded stare, I knew with clarity that this was that moment. I knew that there would now be a before and an after, a was and a will be. I have always trudged the line in murky water, but this was an all-consuming darkness.

I was caught in a landslide — my own downward spiral.

I was the cracked mirror of my own dreams. 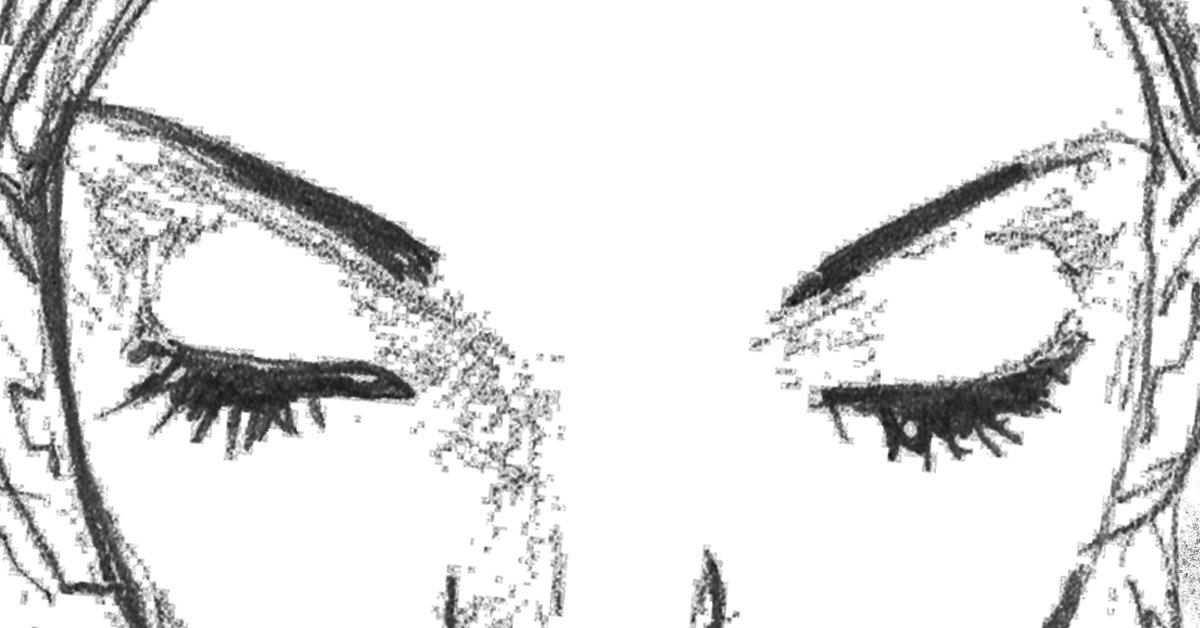 Mary Rogers finds inspiration in nature, Karmic Reciprocity, self reflection, human nature and anything that enlivens the ether. You can find her star gazing and cloud chasing on a Monday or sipping hot chai in mid-July. She is about contradiction, animation and love. She is on her journey of self-reflection through her best artistic expression. She is a dreamer, a high achiever and can often be found on a hike, watching waves crash, hula hooping, disc golfing, or planning her next big adventure. She is an assistant at houseofcitrine.com, founder of lotusgypsysoul.com and is a columnist at elephant journal.com and huffingtonpost.com.