Sincerely, Madness: A Marine Confronts Rape and Self-Harm to find Strength and Hope 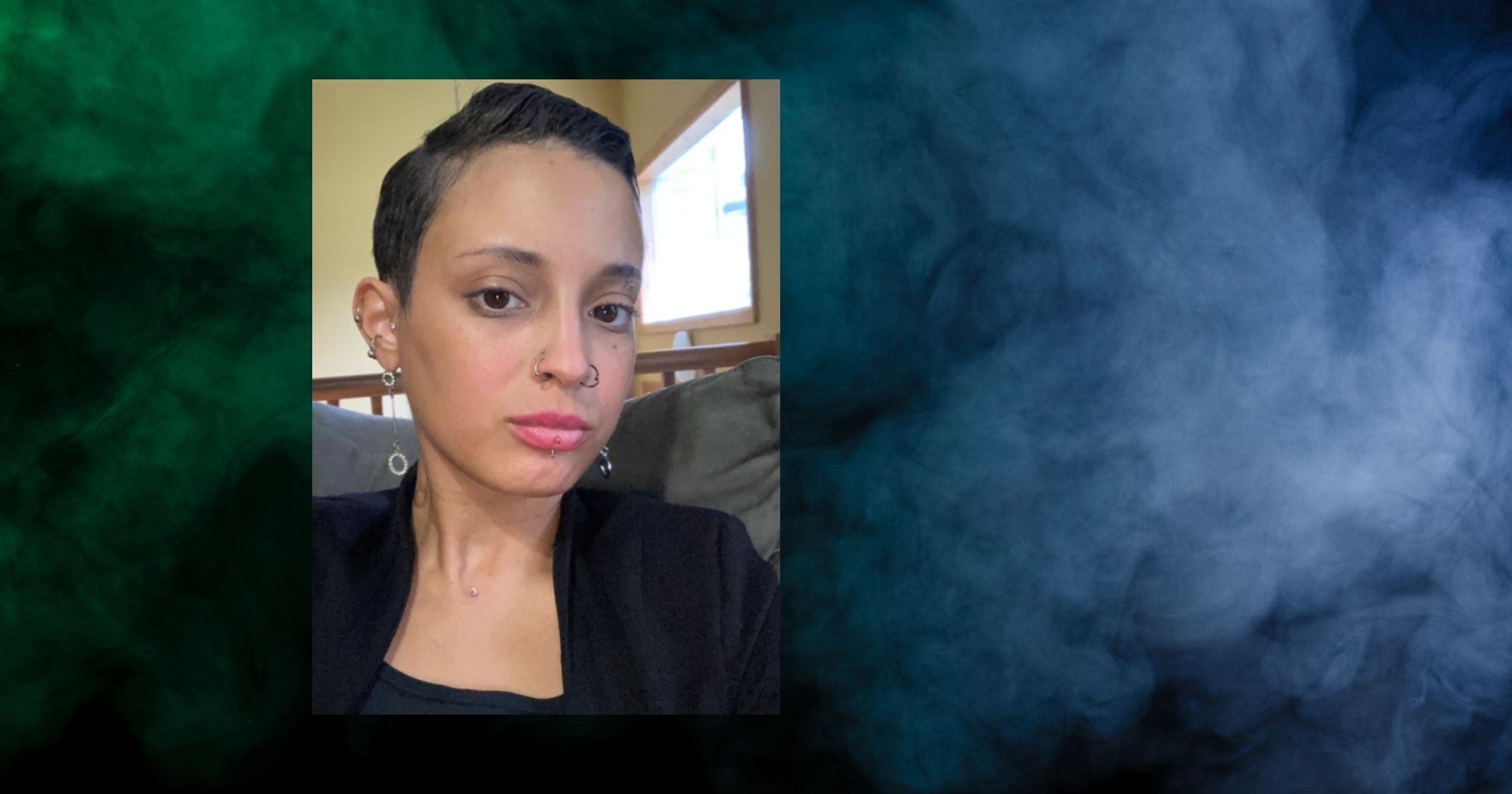 Sincerely, Madness: A Marine Confronts Rape and Self-Harm to find Strength and Hope

I did it again. And again. I will not stop. It is almost becoming a habit; it has been for years. It comes and goes, but I am afraid this time I might just go deep enough to bleed out. I am slowly deteriorating; my ship is sinking, and I have lost all forms of healthy communication. My body is decorated with cuts and bruises; but when did it all begin? I am sure it was after the first incident, only worsening after the second. I am now faced with another challenge, and this one has been by far the worst. The mutilation is endless, and I am slowly losing grip; my life’s handlebars are slippery, and I can no longer hold on. I use my stationary bike whenever I am at the brink of a breakdown, whenever I feel I might just swallow a bunch of pills and take them down with vodka. This is what my life has been; this is what my life is like now. 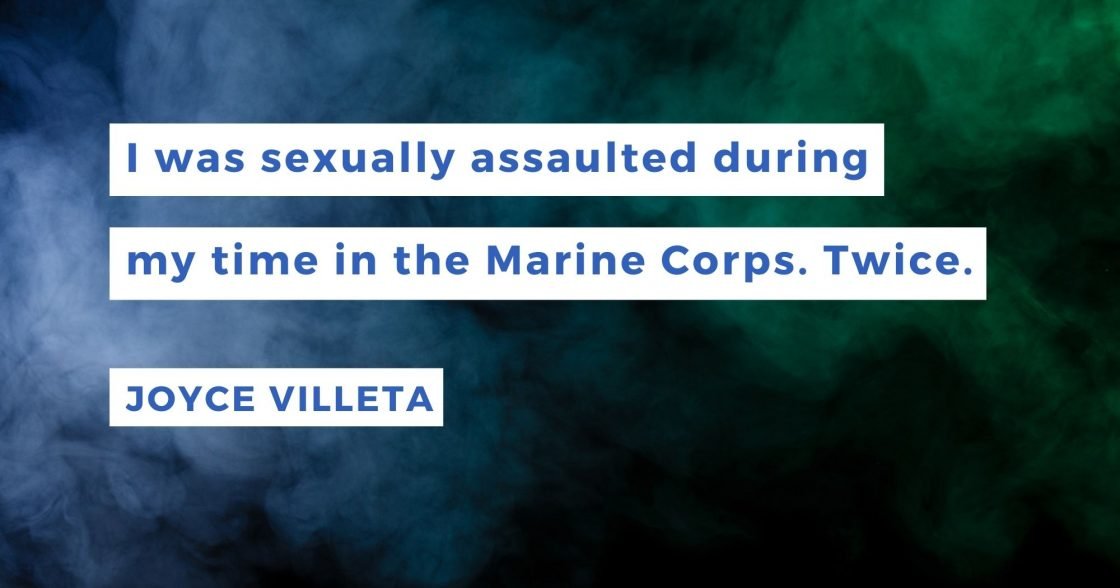 I was sexually assaulted during my time in the Marine Corps. Twice. The first time, it took many years to realize what happened. I was drunk one night, hanging out with my fellow Privates and Lance Corporals. Somehow, a Sergeant snaked his way into our gathering and spotted me right away. He kept telling me how he liked my New York accent, even though I did not have one. His perverted eyes sized me up and he just waited; he waited for me to keep abusing Jack Daniels. The following morning, I had no recollection of the events leading to where I was at that moment, laying naked in my bed. I had but one single memory; Sergeant Pervert walked me to my room. I remember him kissing me and trying to persuade me into letting him enter my room. I blacked out. I tried convincing myself that nothing happened and that I felt normal, although I did not; I was sore, and I was bleeding. But denial took over, and I put the entire event behind me. I discovered a brand-new way to deal with the emotions I attempted to conceal. I knew exactly what occurred that night. And so, I picked up a box cutter I had to use for work and turned it on myself. The sight of my blood trickling down soothed me; it tamed my anger, my fury. I was going to be fine. 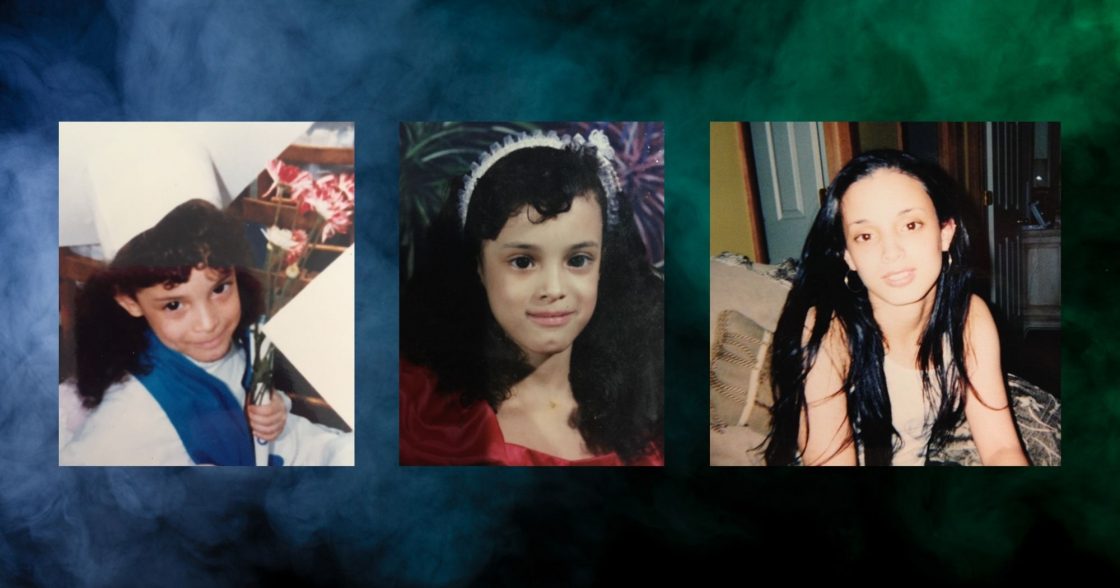 Two years later, I found myself in another terrifying situation. The cutting was less frequent; my spirit was somewhat repaired. I was in Hawthorne, Nevada, completing some training. I was assigned fire watch one evening, along with a Corporal from another unit. Right away, the guy struck me as a lascivious jerk. His skin crawling stares undressed me; I felt vulnerable. I was a protector of our nation, yet I was in danger from one of my own. We were supposed to stay in a vehicle the whole night. We first sat in awkward silence; then he asked very personal questions, sexual questions. Uncomfortable, I walked out the car and headed toward a porta-john. Once inside, I heard him pacing around, waiting for me. I tried to call the others, but all the guys were in town getting drunk; I was trapped. Finally, I heard silence. I dared step out, and I wish I had not. What happened in that vehicle took control of many years of my life. I awoke to him having his way with me. What really stuck with me was my walk back to the barracks. I sure was not going to take a ride back with that piece of shit, so I walked; it was a very cold morning in the middle of the desert. As soon as I reached the door, I broke down. It was the longest shower I have ever taken. I scrubbed the filth away, the shame, the loss of control was stripped away from me that morning. The anger took full possession of me; I was no longer in denial. I knew what happened two years before, and I knew exactly what happened this time. My body was no longer clean. I needed to punish myself. I needed to refrain from hurting others; and so, I dug the blade in, and sliced away the fury. 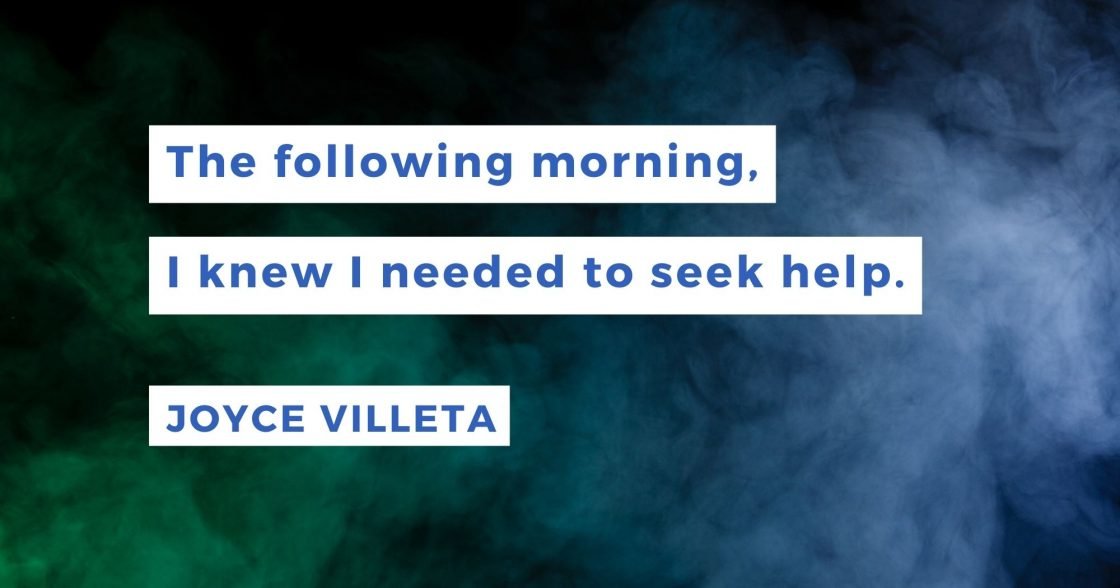 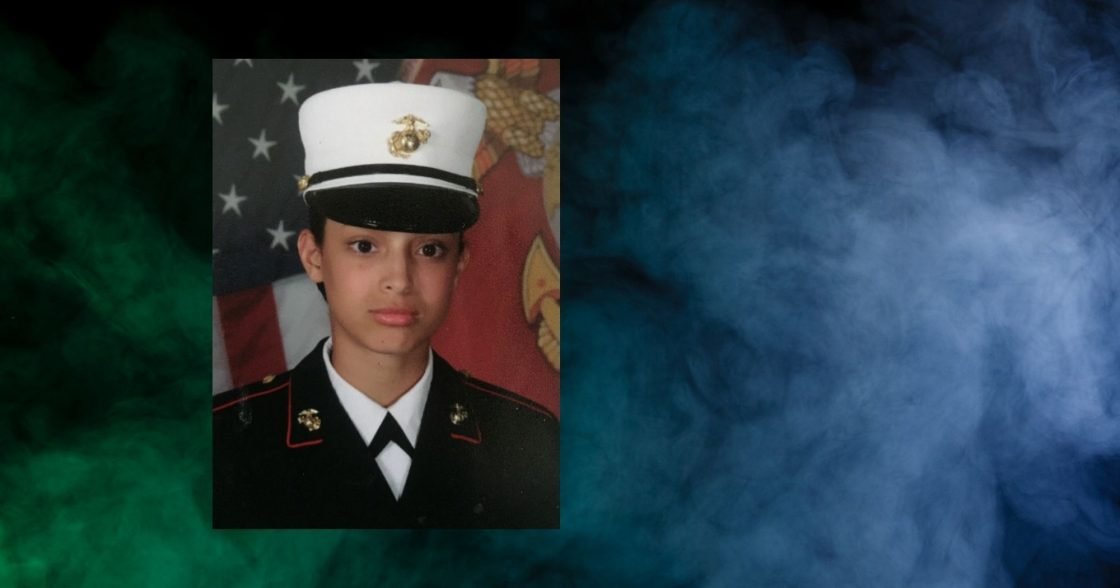 ​The jagged edge became a part of me. It soon became bruising. I punched my arms and thighs; when I did, I punched hard. It throbbed, I smiled, I cried. The bruises were so pretty; green and brown all over. I was covered like a battered woman. I was a battered woman; by my own hand. My hateful heart was diseased by a poison that was slowly killing me.

Years went by and the urge to self-mutilate was finally beginning to diminish. Right when I thought I was being given a break, I was hit with a curveball. I became pregnant. I never had an interest in becoming a mother, but I soon embraced the idea, since it felt different having something growing inside. It was a temporary miracle. I miscarried at six weeks; it was the most painful experience, both mentally and physically. The contractions were unforgiving. Five long hours of agony, abandonment, and fear; it was unreal. I was left alone with no comfort. The nights of endless sorrow transformed into anger, and through that anger, my cuts worsened. The gashes at the bottom of my legs and feet were deep and long. I went in too deep once; I felt the streams of warmth dripping down in large amounts. A pool formed at the bottom of my feet, causing me to almost slip. And slipped I did… into a sinkhole of emotions.

Then came the night that woke me from this endless loop of torture. An entire bottle of sleeping pills. I consumed the blue little pills, swallowing them in huge amounts. I mounted my bike and completed a cardio session. It was a good session. I had tons of energy. I felt nothing yet. Of course, it then hit me unexpectedly. It started with the voices; I can clearly hear my sister and niece talking in the next room, except they were asleep. What followed was even more terrifying… dark figures moved toward me, as though taunting me to join the other side, welcoming me to my destiny. I tried walking but had no balance. Everything moved. I tried lying in bed, but my back muscles contracted, causing me to tense up and thus being unable to relax. It was a nightmare within a nightmare, and I was wide awake. The following morning, I knew I needed to seek help; I knew that, although the previous night was horrific, there was no telling when I would try it again. 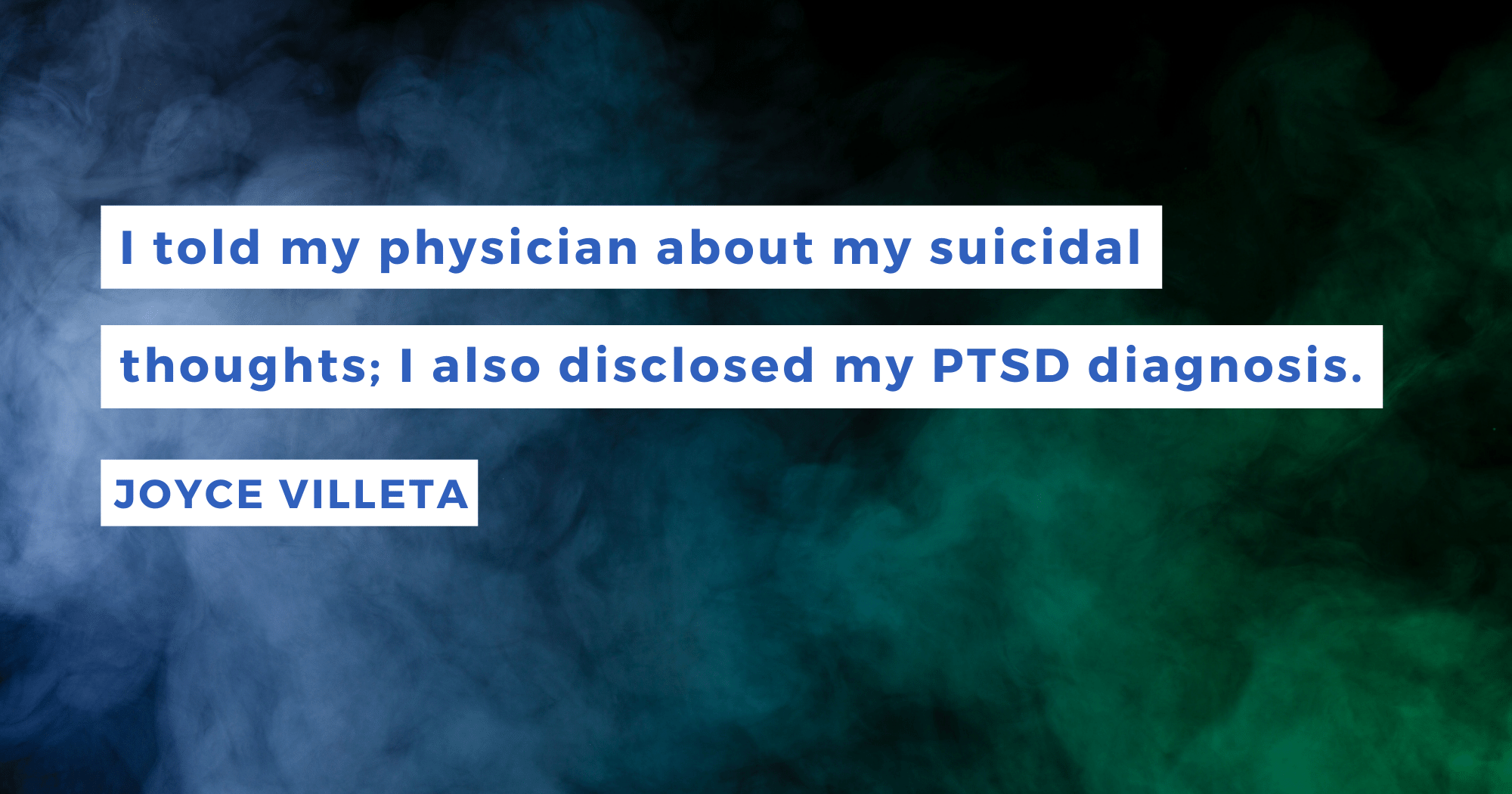 ​I was conveniently scheduled for my yearly physical a few days after the incident. I told my physician about my suicidal thoughts; I also disclosed my PTSD diagnosis I received during my mental health assessment needed to receive disability benefits from the Department of Veterans Affairs. However, I held back the complete truth; I failed to tell her I was a great danger to myself, because I panicked when told I would be taken away if such threat were present. It terrified me. I was referred to a therapist. I now go on a weekly basis. I have been journaling a lot lately, writing down my dreams and nightmares, my scary thoughts, and all the things keeping me alive and grounded. 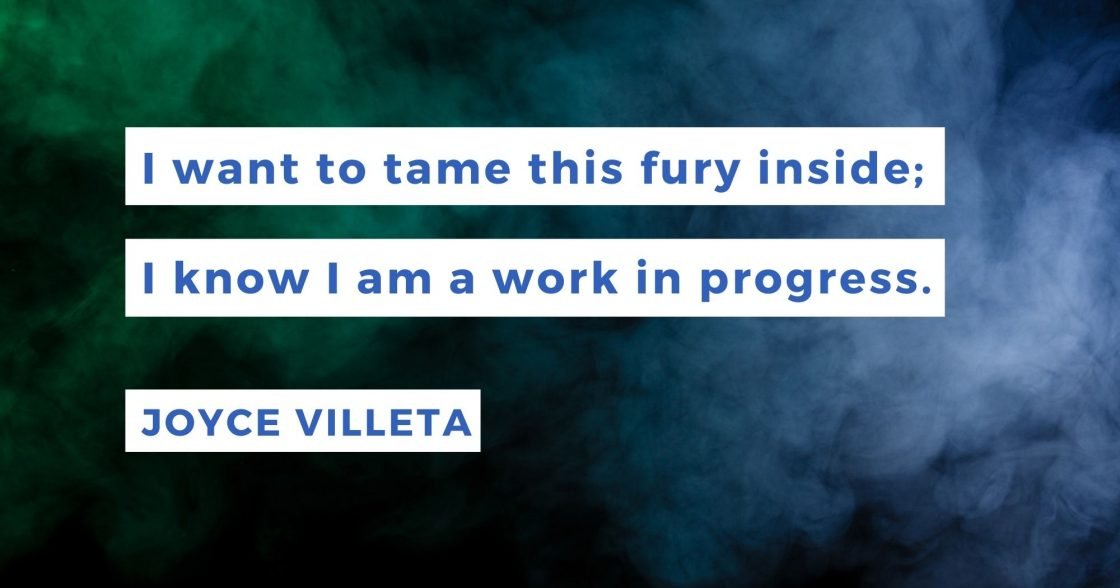 It is almost summer now, and I have been doing somewhat better. I still use my bike during those moments my madness visits me. The blade watches me every day; it is covered in dried blood, my blood. The stains on the floor remain. The bleeding in my heart persists. The temptation to continue slashing and punching becomes stronger each day. I want to tame this fury inside; I know I am a work in progress, but it feels as though this madness has taken over, it speaks on my behalf. I am no longer me, but a hollow body, consumed by the product of my traumas. But hope still lingers; maybe the pain to me will cease. Maybe this is the last of it. My urging hands are tired; my aching soul can hurt no longer. Perhaps another cut, a parting cut, will end it all. Just once more. Actually… I will go ride my bike instead. 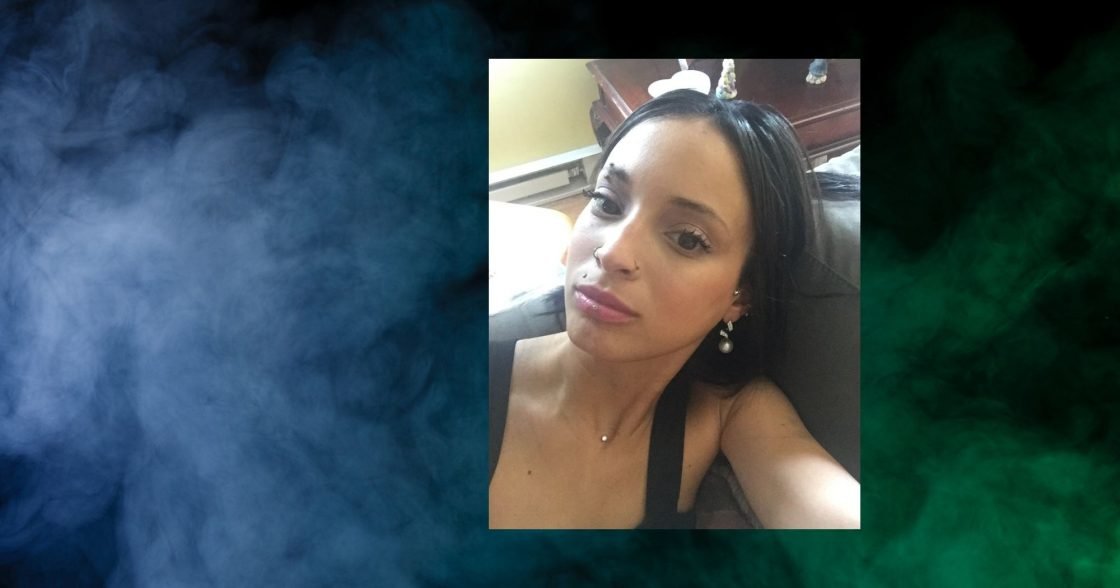 Joyce Villeta is a 36-year-old poet and writer of several short romance stories. She’s decided to focus on sharing her personal experiences in hopes of reaching those in similar circumstances. During her time in the United States Marine Corps, she was diagnosed with PTSD after two traumatic events. She now resides in East Stroudsburg, PA, and will continue using her writing as a therapeutic tool.

Kate’s eating disorder started with a desire to control her body and quickly spiraled into something else, learning to reconnect to her body, Kate found her way to healing.