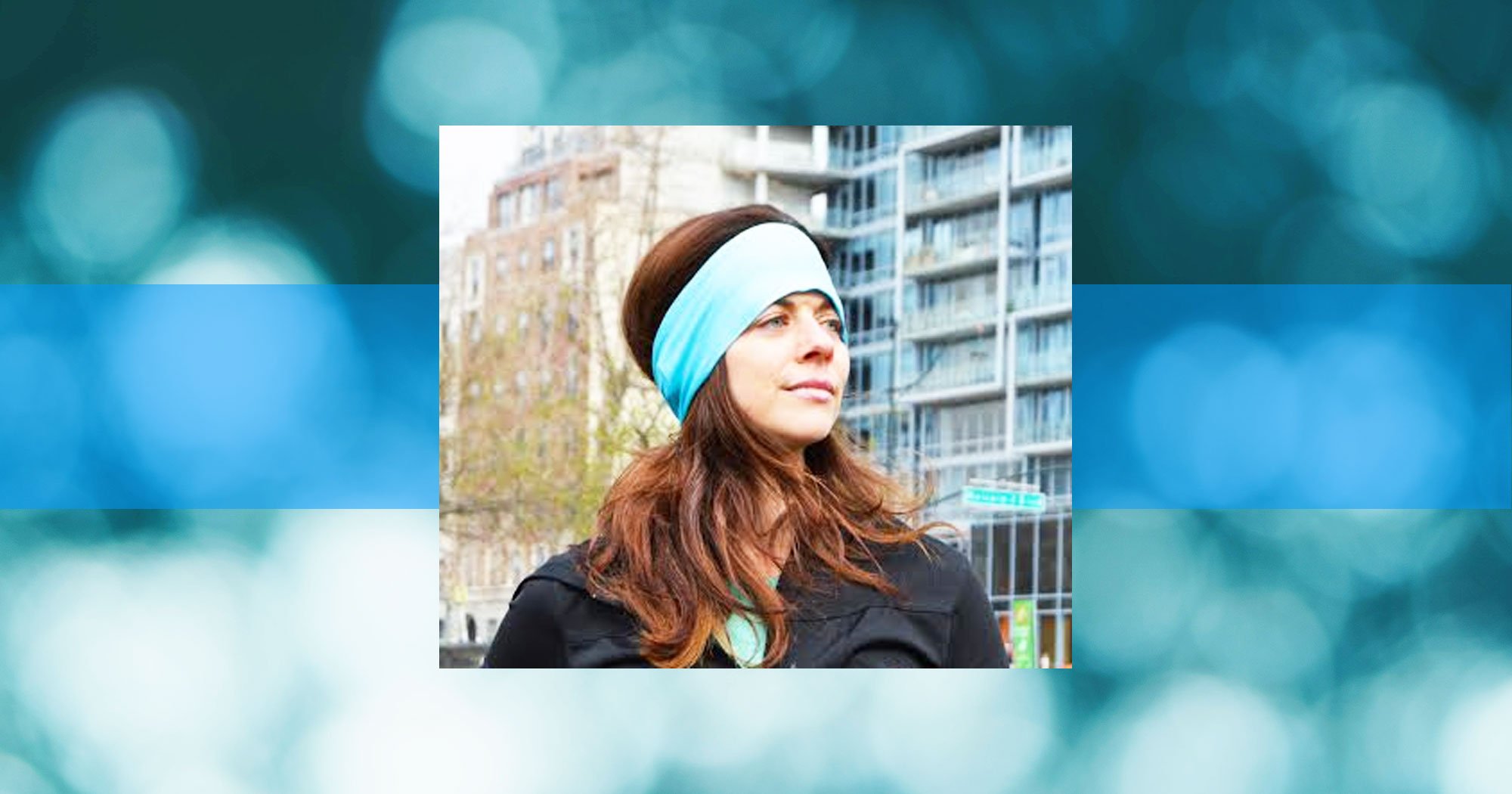 Manic Kingdom begins with some sage advice, in the form of a note, written by Dr. Erin K. Stair’s sister to her as she was was on the cusp of entering med school:

“Try not to be weird. Blend in, make friends, and don’t be all Emily Dickinson-ish. Talk to normal people and make normal friends. Maybe you’ll meet a nice, normal guy. And don’t make too many jokes. Guys don’t date the class down. This is the beginning of an amazing experience for you.”

As I got deeper and deeper into the pages of this harrowing, breathless, and beautiful journey, I found myself flipping back to the book’s first page, the one that contained the counsel of the author’s sister. What words would the Stair’s older sister have said to her, sororally cautious or openly condemnatory, about sitting down to write this book and share this story with the world?

I think it would have been a longer note. That said, I’m glad that Stair found the strength to disregard whatever well-intentioned advice or flashing warnings that may have been lighting up in her head as she churned out this fast-paced true story. “True,” Stair writes, “to my memory.” As with all “true stories”, the work is not completely nonfiction, and Stair is up-front about that. This in no way diminishes the thrill of the read, nor will it slow down your pace—most people I know devour the book in 24 hours.

An early edition of Manic Kingdom was written under the pseudonym “E.e.K.S.” (In February, Stair re-released the book with a bold new cover, and a bold decision to publish under her real and full name.) She also published under her credentials: medical doctor, Master of Public Health, so we know that, despite her wild ride, she eventually, made it through medical school—and beyond. It was a small measure of comfort while going through the pages of this at times painful and shocking story.

We meet Stair (referred to as “Becka” in the book) as a med school newbie, acutely aware of the daunting academic and social challenges that await her—with her sister’s advice probably ringing, at times, in her ears. Becka is thrown an extra curve-ball when the mental health of her roommate, Chase, begins to deteriorate. Chase experiences classic signs of a psychotic break/onset of schizophrenia, accusing Becka of invading his privacy via his computer, placing a video camera inside their television, and accusing her of prostitution. Chase’s paranoid behavior grows increasingly erratic and he, un-diagnosed and un-medicated, becomes unhinged to the point where he allegedly tampers with her vehicle, causing an accident that could have killed Becka. Her family moves her out of the living situation, but Becka has reached the point of no return: severely impacted by stress, an eating disorder, depression, and bristling against what she views as a medical profession mishandling the people it is designed to treat, she walks into the dean’s office and tells him she’s leaving med school. He is bewildered, and advises this young woman, who is neck-deep in her psych rotation, to see the school psychiatrist. 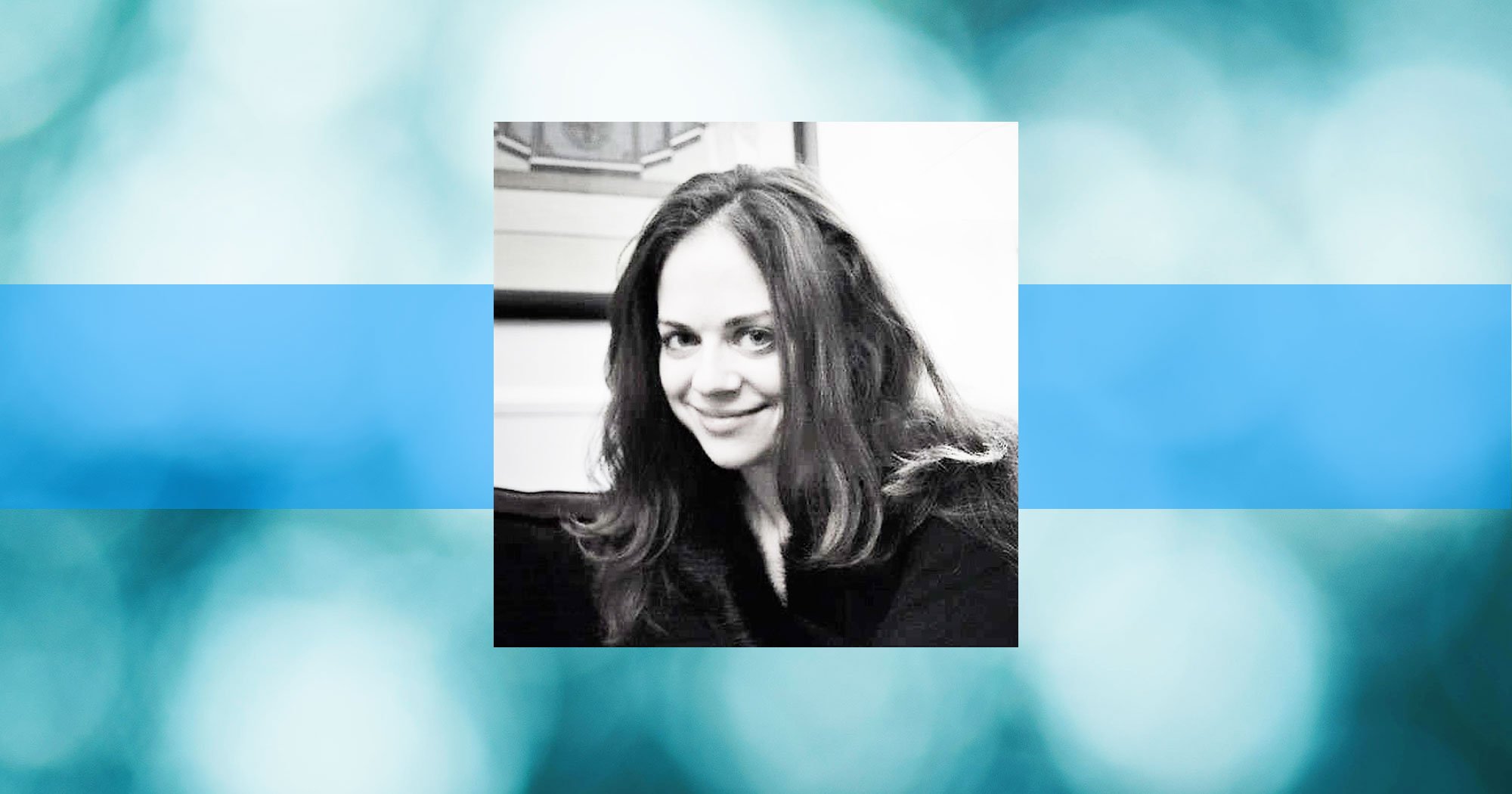 “I already saw a shrink, and I’m already on drugs.”

“Prescribed, sorry. I’m on an antidepressant.”

It’s moments like these that make this book a stand-out: Stair has an ability to inject humor—dry, incongruous, head-slightly-cocked humor—into a desperately sad and painful situation. She allows Becka to stare at herself in a malodorous, public bathroom mirror after a particularly rough day, and not turn the self-evaluation into a pity-party, but, instead, to compare her eyebrows to pubic hair. But there is also deft internal critique going on here that goes far beyond the puffy eyes in the mirror. Later on in the book, when Becka flees her school and her life, forsaking it for adventures unknown in California, she quietly and keenly observes herself as she interacts with her newly-acquired romantic partner and workout buddy, King. Their conversation turns briefly one night to slavery, and she writes,

“I nod in agreement while picturing hundreds of estranged Africans singing cadances while picking cotton. It makes me sad. King says something else about cotton and Africans, but I don’t respond. He’s black. I’m white with a million guilt complexes. It’s best to avoid any sort of slavery talk.”

I won’t say too much about Becka’s time with King, but, suffice it to say, that’s where the “harrowing” part of her journey comes in. It isn’t all traumatic, just as a life or a story isn’t all good, or all bad. It’s somewhere in the middle, and Stair, through Becka, and through reflecting about this part of her life as a writer, is learning about that: that place in the middle while thoroughly ensconced within the throes of her own Manic Kingdom. 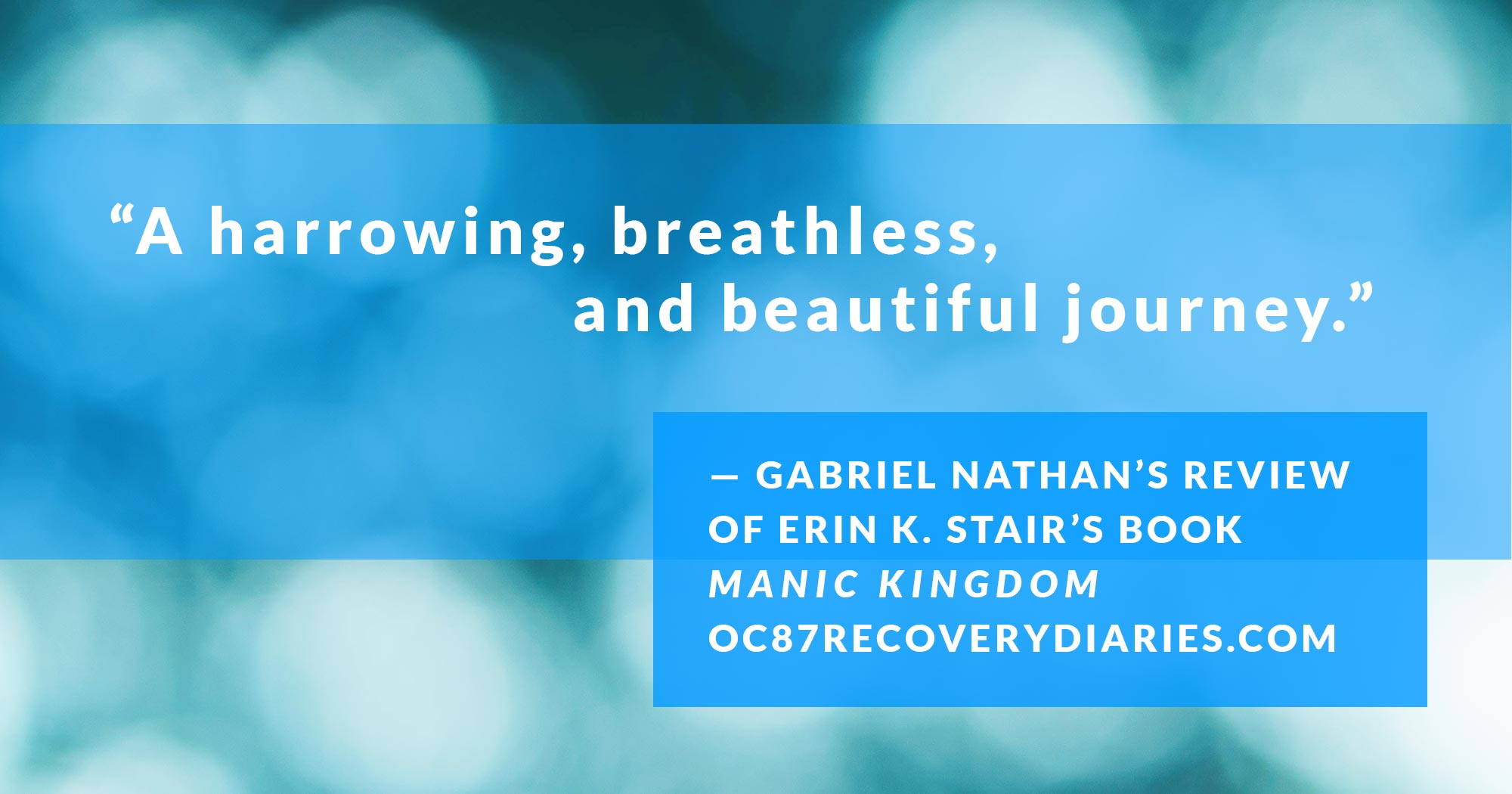 If I have one criticism, it is Becka’s passivity which, arguably, was exacerbated by her entry into her own “manic kingdom.” Like another famous adventurer protagonist (also, I might add, also possesses prominent eyebrows), Harry Potter, things happen to Becka, she does very little to impact the direction of her story and her life until it nearly costs her her life. It is at that moment where the reader inhales a gasp of air and says, “Thank GOD! Finally!” Reading the book, even early on, we want Becka to say more, do more, be assertive, be bold, be… careful. We are scared for her, we do not trust her judgment, we want everything to turn out okay, and that is because we have bonded with this character, which is a great achievement in a novel. Becka is a bit lost, like most of us, and she has a disturbing inability to see what is right in front of her (also like most of us). You do want to violently shake her at times, but in a caring way. Because we delude ourselves into thinking that we know better, we would be more perceptive, more bold, able to break free of the insidious and seductive grip of our own manic kingdom.

Manic Kingdom touches on many imperative issues of our time: the desire to scream, “FUCK IT” and run, terrorized, away from everything that we know, trust, and hold dear in our own lives, and the book realizes the ferocious clutch of mental illness that can latch onto any of us at any time and take control of the wheel. The continuously pressing problem of physician burnout also receives an unflinching spotlight; as well it should. Manic Kingdom treats its subjects and its issues with sensitivity and honesty, and Stair does not spare herself the critical examination essential to uncovering an individual’s own truth. She leaves Becka’s mental health challenges as ambiguous, stating,

“I don’t feel like my mind fits an exact diagnosis. My mind, like everyone’s mind, is a mysterious, vast world that’s barely been explored. How could it fit under one confining category?”

Stair isn’t much for labels, but she is a champion, and beneficiary, of second chances. We are, in this reviewer’s opinion, not very much a second-chance society, as much as we might like to think otherwise of ourselves. We love when politicians and celebrities fall from grace, and get off on shaming them on Facebook. We like to call jails and prisons “correctional facilities”, but that’s just so we can sleep at night. We are a punitive, “well—you made a bad choice, now live with it” people. Through Stair’s exploration of the three significant characters in this book: Becka, King, and Chase, she presents a case for deep, introspective questioning of our stories, our values, and our capacity for change, understanding, growth, and recovery. Human frailty is a very real thing.

This book comes at you like a punch in the dark, and it throws its fair share of left hooks, but you’ll be better off after spending some time in the ring with Dr. Erin K. Stair in the Manic Kingdom.

Erin K. Stair, MD, MPH lives in New York City and runs Blooming Wellness, a holistic health hub dedicated to disease prevention and promoting mental and physical well-being. You can learn more about her at bloomingwellness.com. You can purchase Manic Kingdom here. The book is 294 pages long and is published by Gray Productions. 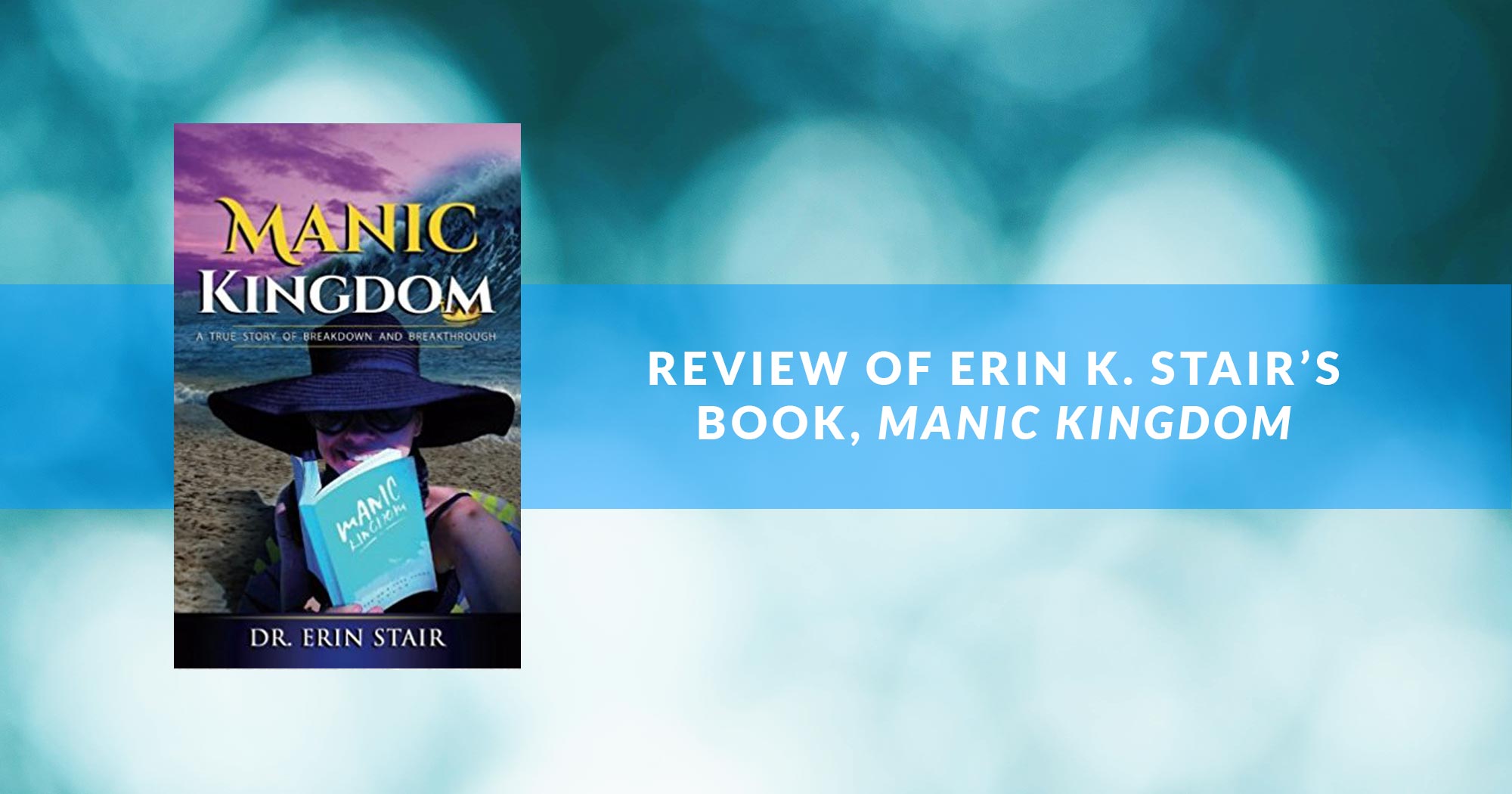 Gabe is an author, editor, actor, playwright, director and a lover of commas. For five years, he worked at Montgomery County Emergency Service, Inc. (MCES), a non-profit crisis psychiatric hospital in the capacity of Allied Therapist and, later, as Development Specialist. At MCES, he created innovative programs such as a psychiatric visiting nurse program, a suicide prevention collaboration with SEPTA, and an Inpatient Concert Series that brought professional performing artists to entertain the patients and enrich their inpatient experience. While at MCES, Gabe also produced and directed a full-scale production of Thornton Wilder’s Our Town with the staff of the hospital, as an exercise in teamwork, empathy-building, and creative expression. He lives in a suburb of Philadelphia with his wife, twins and a basset hound named Tennessee.