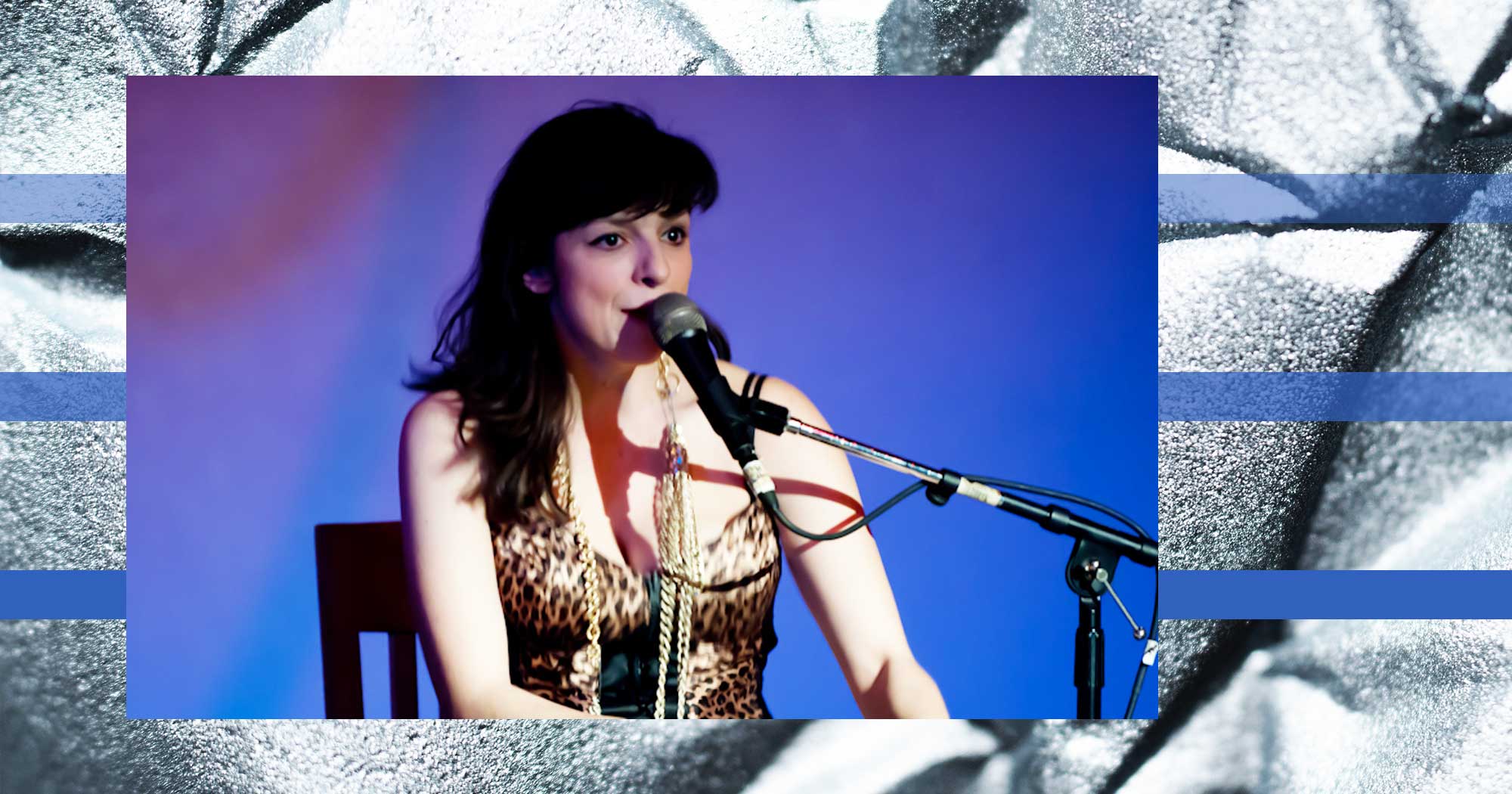 You’re Manic Bipolar – The Line Between Audience and Stage

The line that divides an audience from the stage is a powerful one. Sometimes, it’s a raised platform. Sometimes, it’s a spotlight. And sometimes it’s simply one person facing a hundred others; just one person with a mic, peering into hundreds of judging eyes, and delivering whatever cockamamie thoughts they’ve developed in the privacy of their bedroom. Of course, if someone saw us in our bedrooms, talking to ourselves, muttering the lyrics to songs, or practicing poses in the mirror, they’d call us crazy. But when we’re on stage, they applaud.

Years ago, in college, a doctor listened to me for less than five minutes and said, ‘you’re manic bipolar’, and then looked down at her clipboard, checking off a box. She said it like it was a bad thing. Like something was wrong with me. Sure, I had had a hard time sleeping and was writing deep into the morning hours. And, sure, I’d realized that the line between me and the other ‘normal’ students was tenuous at best. But when I asked her how she could tell, she said, ‘You speak too fast.’ 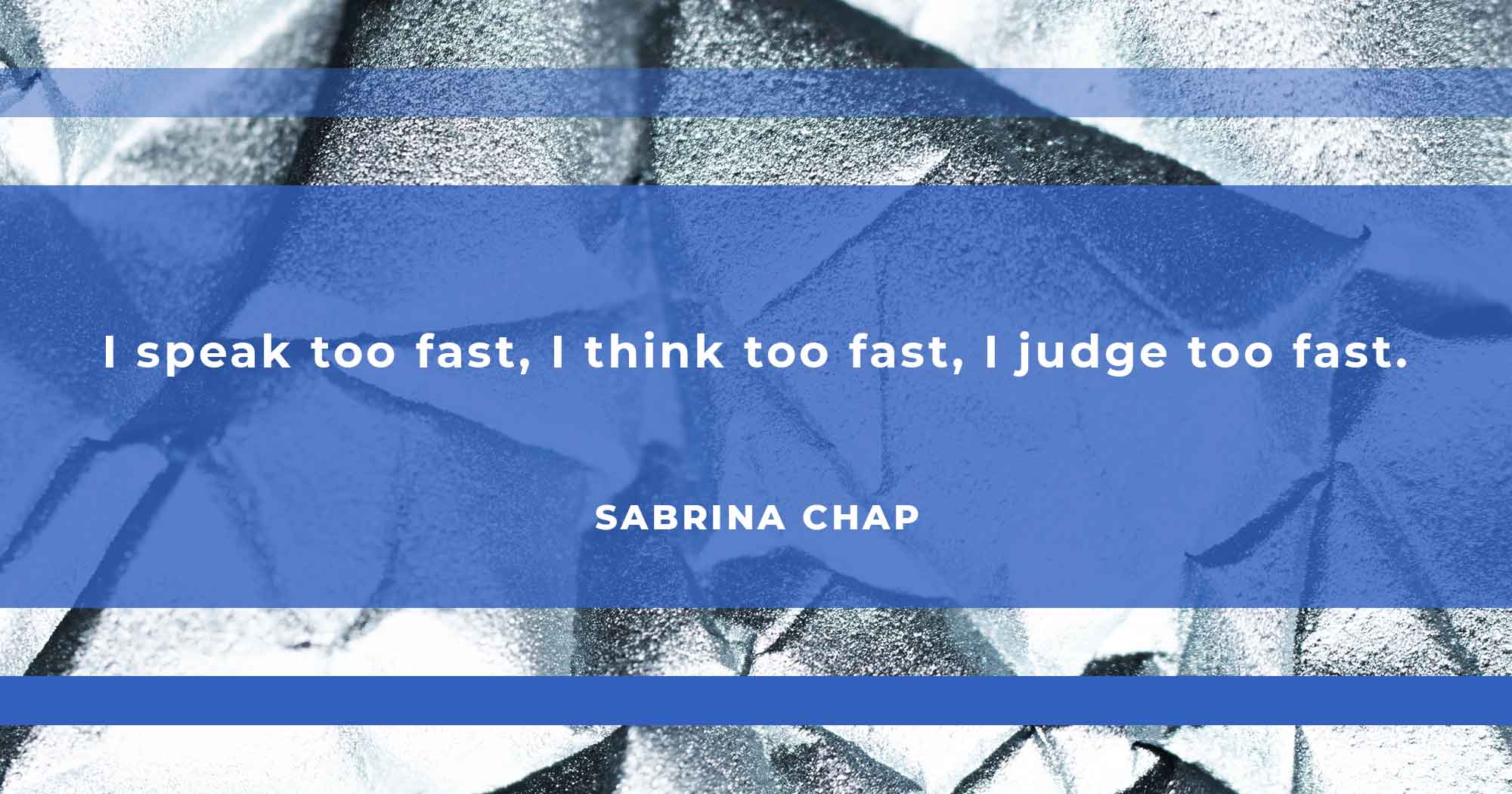 I always speak too fast.

I speak too fast, I think too fast, I judge too fast, and my feelings may go deeper and higher than most people with basic 9-5 jobs. But is that a bad thing? Well, it depends on where you’re standing.

In this video clip, I’m performing a song I wrote called, ‘Freaks’ based on the book Geek Love. It’s the first time I performed the song, and I’m not wild about sharing this performance. However, I share it now to illustrate the line between stage and audience, and how I later realized that, indeed, my perceptions were indeed quicker than most.

There was a group of men seated towards the front, who’d been heckling the acts throughout the show. They were mostly entertaining themselves, and not being funny at all. At one point, they said something to me. I remember, in the moment, deciding if I should respond or not. I turned it over in my head, thought about it (which I rarely do, I never think before I speak), decided it was too late to respond, and then responded anyway. In my head, it felt like at least forty-five seconds had passed between them speaking and me responding. Looking back at the tape later, I realized that I responded so fast, I almost cut them off. They had hardly finished their sentences. 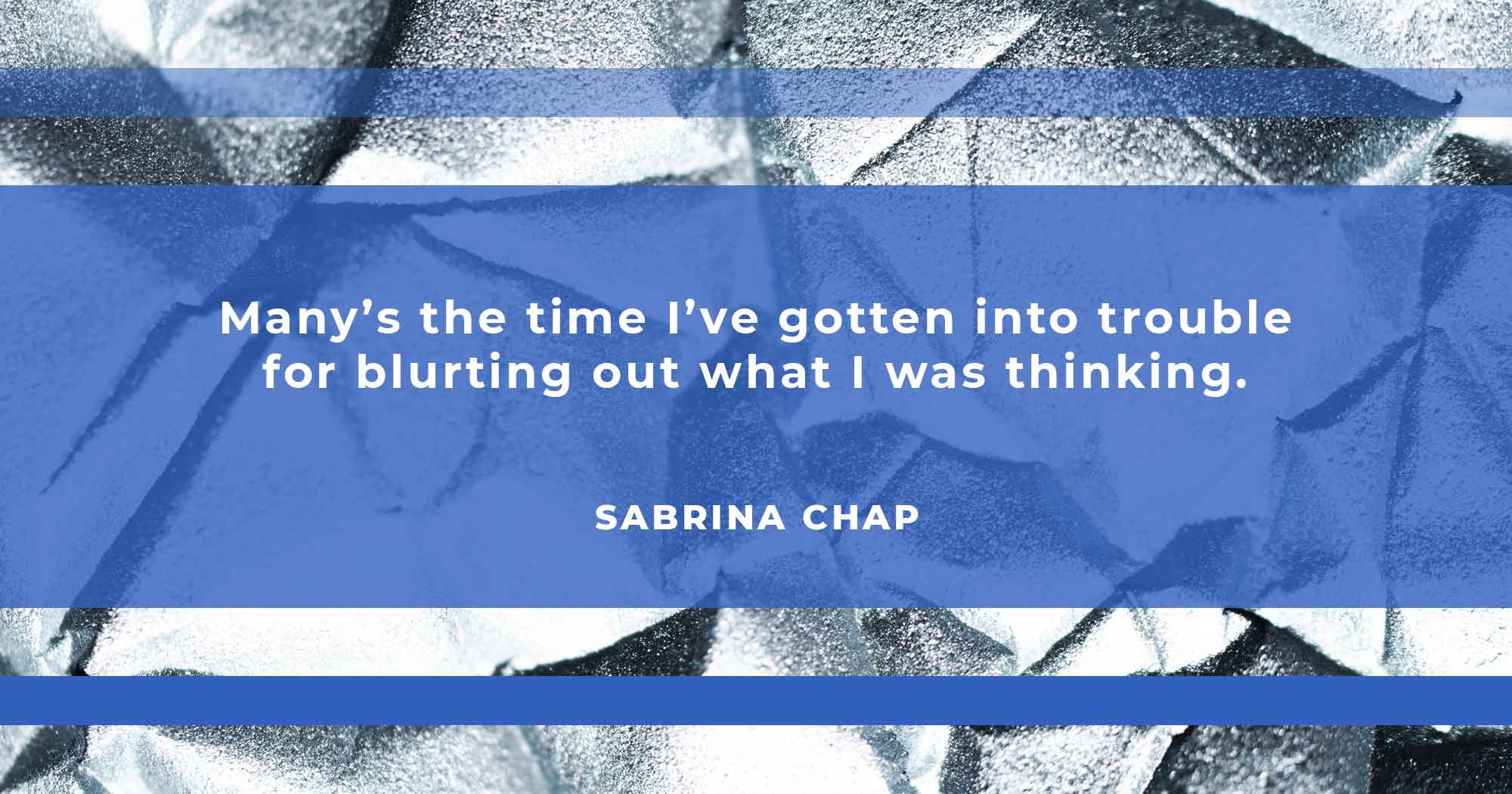 In the ‘normal’ world, this quick, honest reaction is something that wouldn’t go over very well. Many’s the time I’ve gotten in trouble for blurting out what I was thinking. However, once I began performing on-stage, it was interesting: my quick responses, my hyper-sensitivity and awareness were seen as some sort of super power. People often respond with joy and laughter when I use these powers on-stage. Off-stage, these non-polite responses would never be accepted. In fact, they would be diagnosed.

Listening to my song, The Denial Rag, most people laugh. It’s a patter song, a brisk tempo song crammed with a ton of words. In it, I’m a woman who’s pretending she’s not sleeping with some man’s sister. It’s an anxious denial of , all the while alluding to the fact that she is, indeed, bedding the sis. When I perform it, people laugh at the anxiety, at the fast-paced denial. However, the ability to think and respond in such a patter would again, be deemed as weird, or ‘off’ in someone if they did it in real life.

Most people would say, ‘Well yeah, but that’s because when you’re on-stage, you’re playing a character.’ However, as the writer of my own songs, all of the characters I write from are inspired by my real life, and my real abilities. Yes, I am able to talk and think that fast. On-stage, what others may deem as signs of a ‘mental illness’ are often seen as ‘talent’. 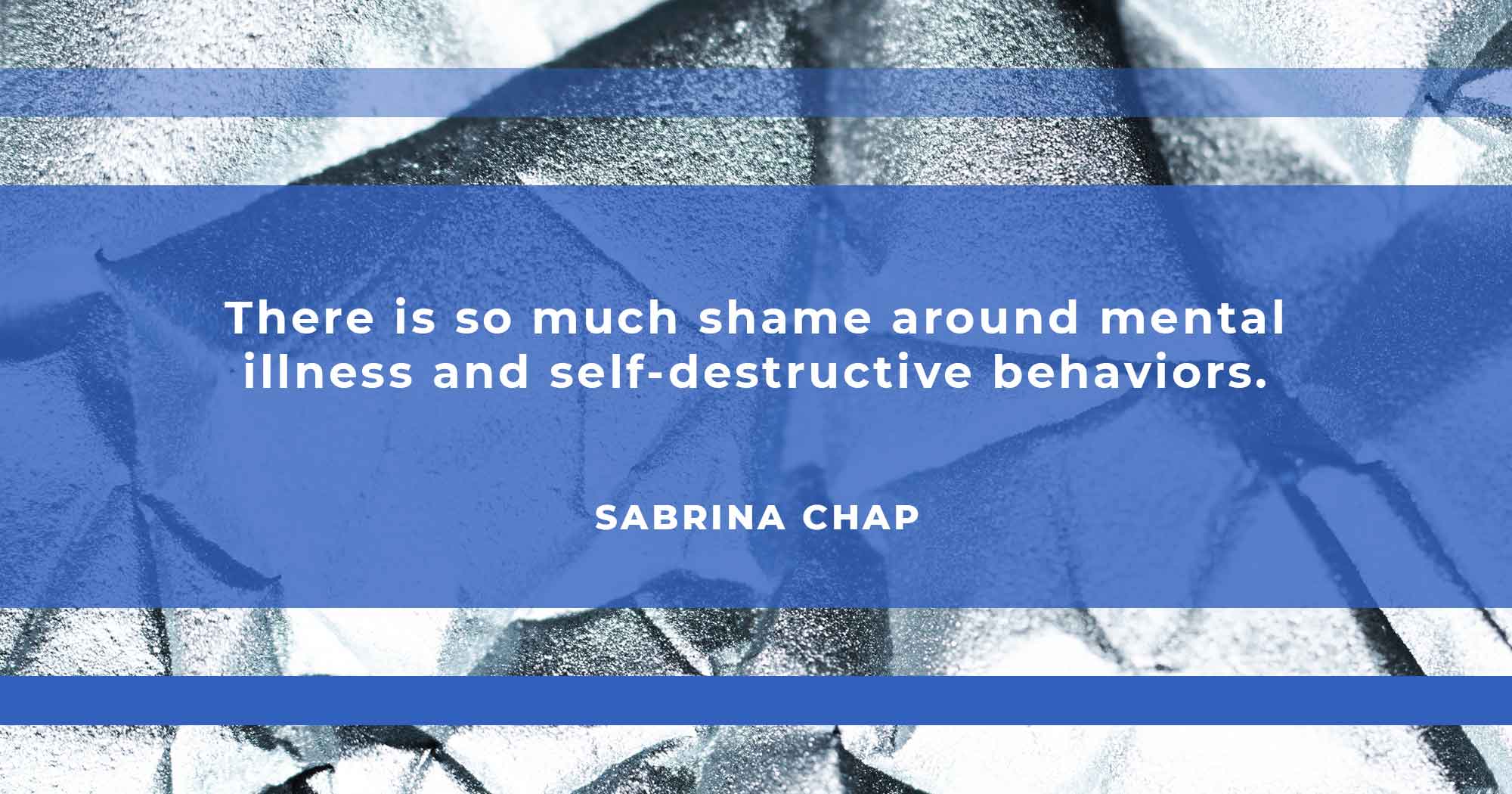 So what is this line? How do we cross it, as artists? Artists who do strange things in our bedrooms at night, aching to plunge further into unnamable feelings in hopes of translating them into something palatable for those who wish they could go that deep?

Years ago, I asked my favorite artists to talk about their experiences on mental health and creativity. This was for my book, Live Through This: On Creativity and Self-Destruction, where I asked a wide array of artists, (dancers, composers, writers, cartoonists and more) about the relationship between their self-destructive and creative impulses. In editing the book, and working intensely with most of the artists to tell their story, I began unraveling themes that coincided with both creative and destructive acts. 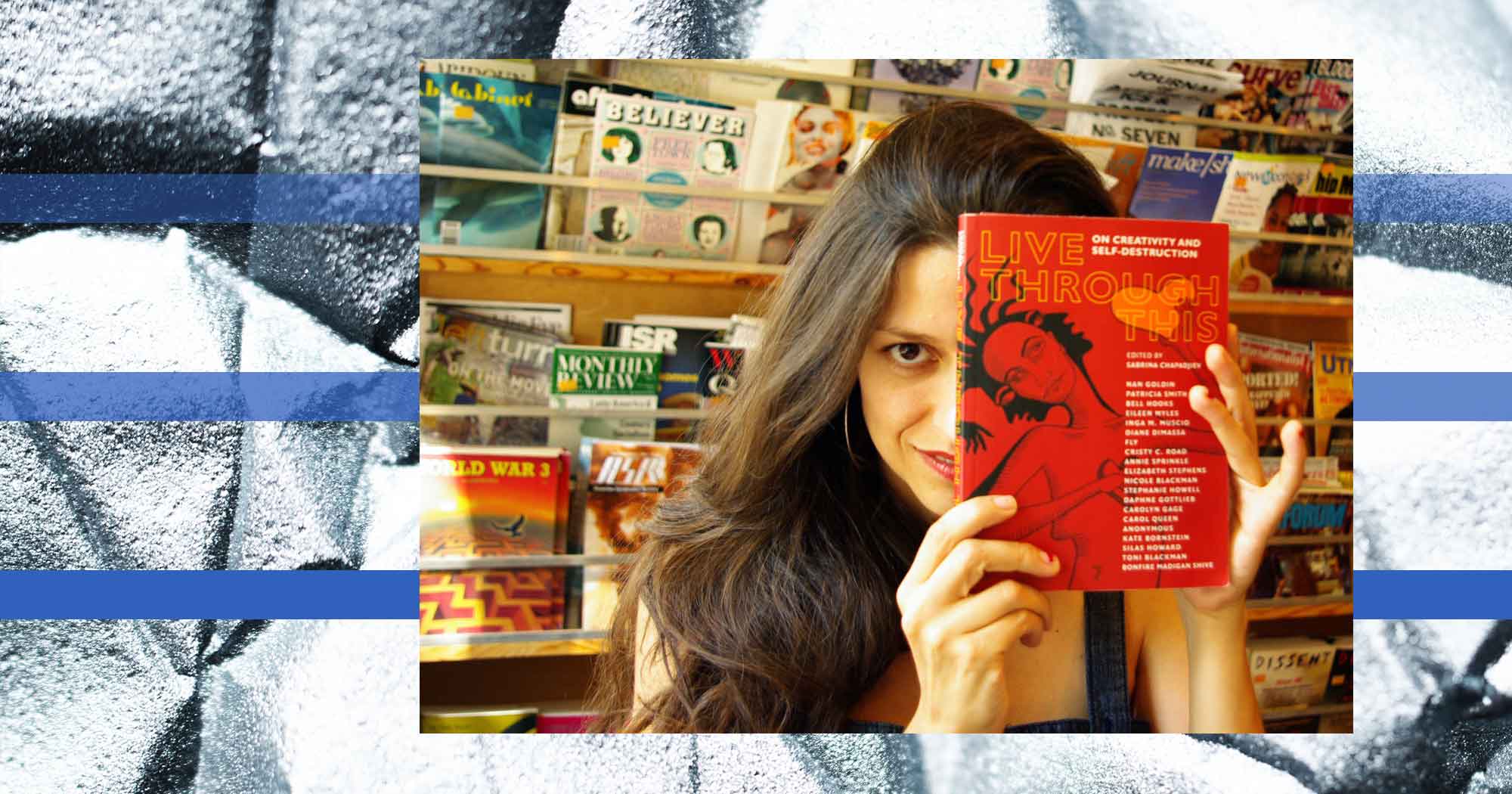 When I initially approached people to participate in the book, most of them said, ‘no.’ Like me, they had been scarred by too many who wanted to either shame their self-destructive behaviors, categorize them, or have those behaviors or incidents define their work. However, the more I worked with them and talked to them, they realized I wasn’t attempting to exploit their experiences. Instead, I allowed them to talk freely, without shame or restriction, and with boundaries set in place so they could feel safe to tell their story. 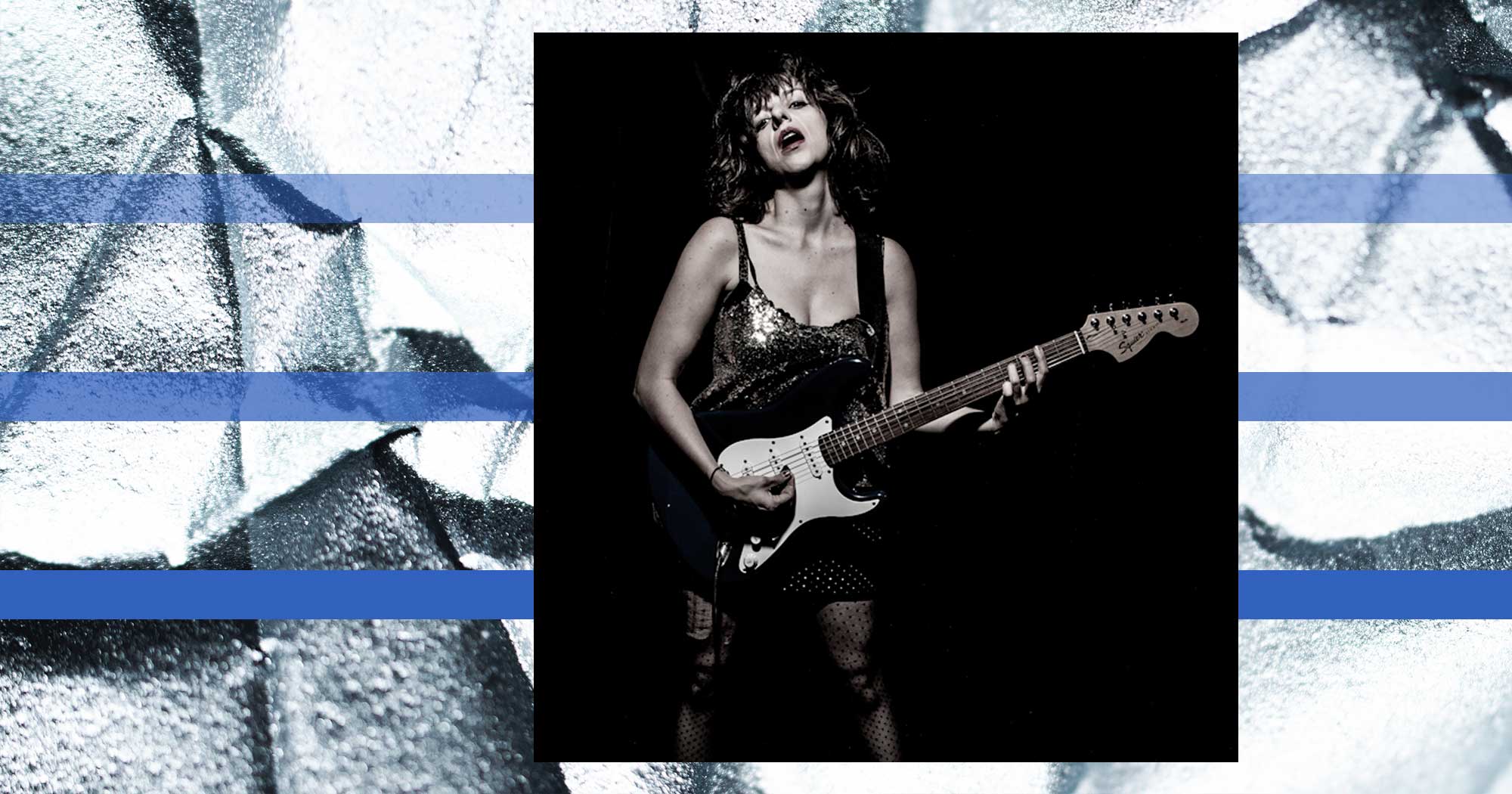 For years now, I’ve used what I’ve learned in working on this book, to lecture in colleges on the power inherent in self-destructive acts. I love doing it, and it gives me great joy to attack the stigmas surrounding mental health. Because there is so much shame around mental illness and self-destructive behaviors. It is deemed bad. Shameful. Weak. Like something is wrong with you. Like you’re a box to be checked on a clipboard.

But sometimes, when I speak, I see hope in some of the students’ eyes. Because, for once, someone isn’t telling them that something is wrong with them. Or that they’re weak. Or they’re small enough to fit in a box. Someone is saying, ‘You’re more powerful than you know. And, once you learn how to wield your powers, trust me. They’ll applaud.’ 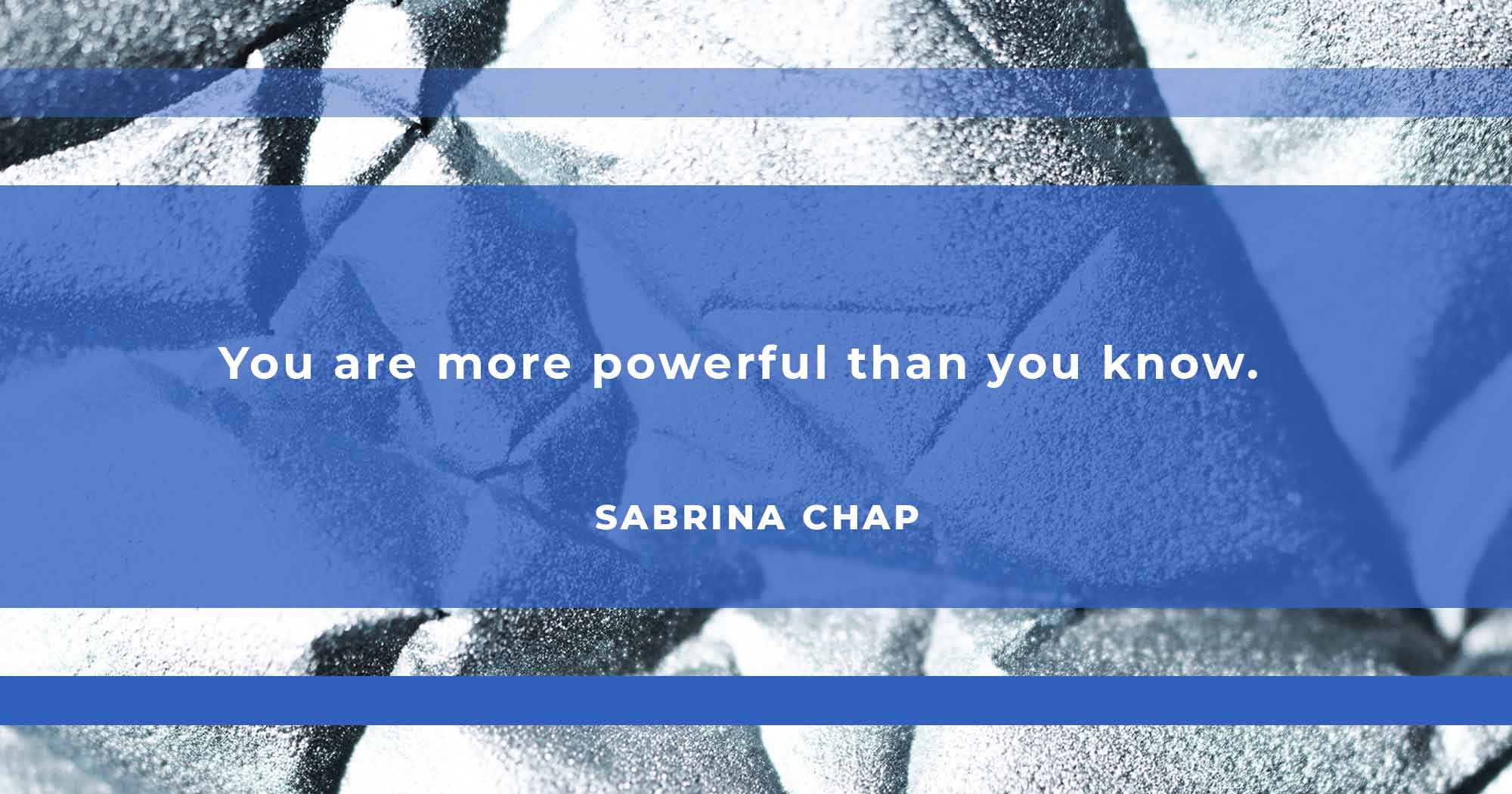 Sabrina Chap is a mental health activist and lecturer. She’s the editor of Live Through This: On Creativity and Self-Destruction and founder of Letters to the Revolution. As a musical artist, she tours internationally, and has released two acclaimed CDs, Oompa! and We Are the Parade. For college bookings and other matters, find her at sabrinachap.com.