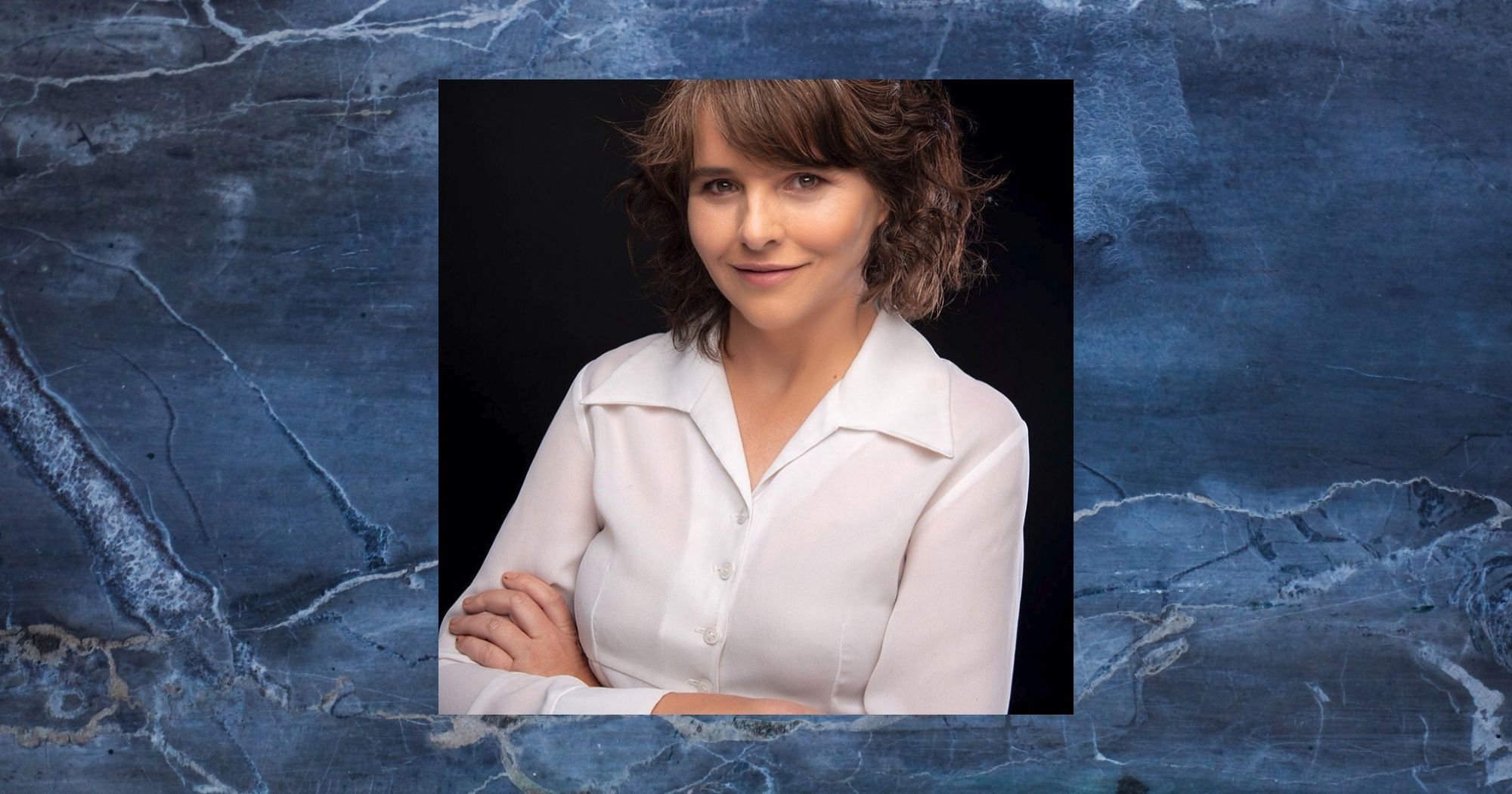 I lived my life like a square peg in a round hole. I gave up an early, promising relationship I desperately wanted because I was too scared to express how I felt. I tried hard to fit in with city life even though I always wanted to move some place quieter. I didn’t share what I needed and constantly tried to meet the needs of others. I thought I wanted to make the world a better place, that I wanted to be a good person, but I didn’t start with my own needs. I couldn’t, because I didn’t know what those needs were.

When I was young, I read the story of Little Buddha. In this story, Little Buddha spent a great deal of time looking for his keys outside of his home. He couldn’t find them and, after a while, his friend came to help him. After neither had any luck, his friend asked where he might have last seen the keys. 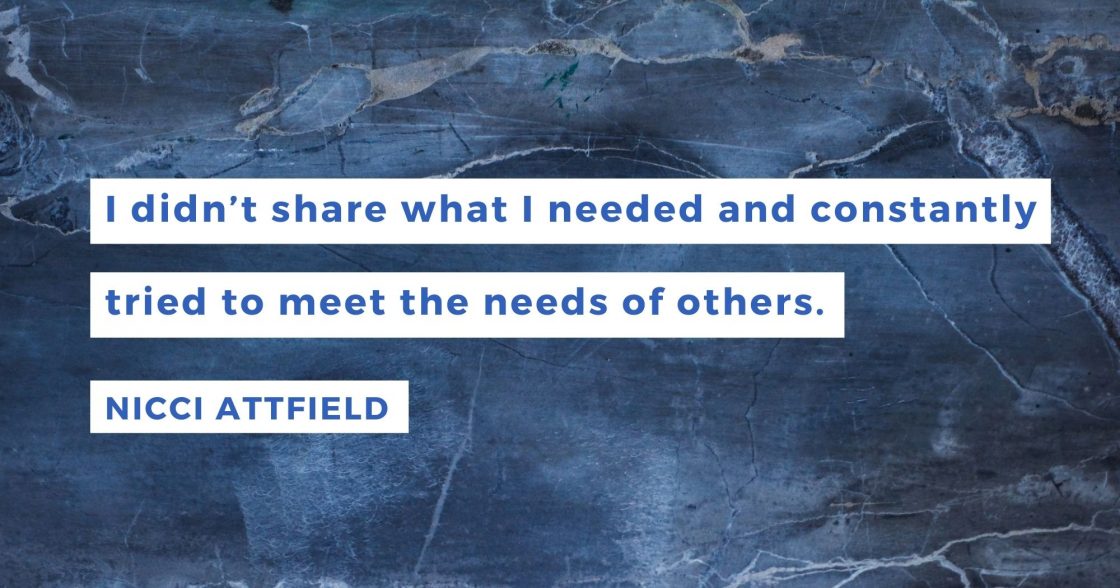 “Oh, they are inside,” Little Buddha replied.

“Well then why are we looking for them outside?” his friend asked.

“Oh, well it’s easier this way,” answered Little Buddha. “It’s scary inside and I don’t really want to go there.”

While I laughed at this story, I too had a tendency to look for the answers outside of myself. It was this tendency that lead to constant, free-floating anxiety and later on, panic attacks.

I’d always had a tendency towards episodic bouts of anxiety but, one day, I noticed that it had become constant, like an irritable, nagging, and wearing companion. At first, I tried to push it aside, but it wasn’t going anywhere. Sometimes it could spoil my day. There was no relief. Once one problem was resolved, I could—and did—always imagine another one. I had left the pot on the stove. I could see the food simmering, drying out, and starting to burn. The dog would be harmed by the smoke. He was running around the house looking for an escape from toxic, acrid air. He wouldn’t find one. His throat would burn! The kitchen would burn! The house would burn! The neighborhood would burn!

“Okay. Phew, what a relief. But what if a burglar comes in and the dog gets out and runs into the road? He could get hurt….” 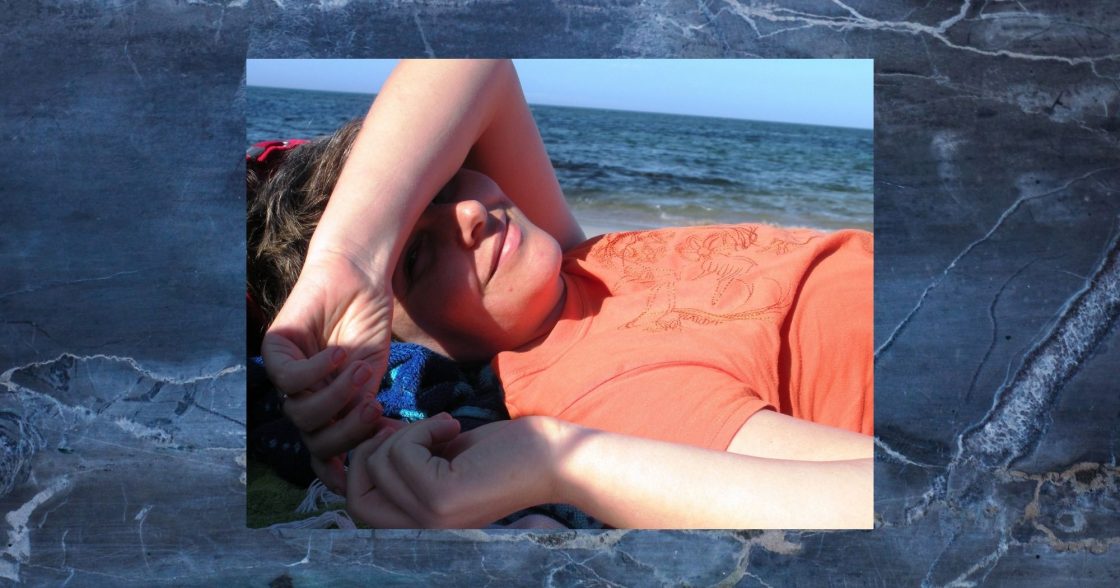 I knew I was being irrational. Illogical. Catastrophic. I couldn’t help it. The incessant fears and doubts were too overwhelming to ignore.

I didn’t want to go to therapy. My dad had been to therapy, on and off, and it hadn’t seemed to help. He struggled with what I now believe were bouts of depression. When I was younger, I didn’t understand the stigma attached to therapy. I think this prevented him from sticking with it long enough to truly heal. When a doctor recommended I go, I was terrified. I thought he was saying I had deep problems that might never get better. But he wasn’t saying that—he was saying that my anxiety was intense. He was worried I would become depressed if I left it any longer. 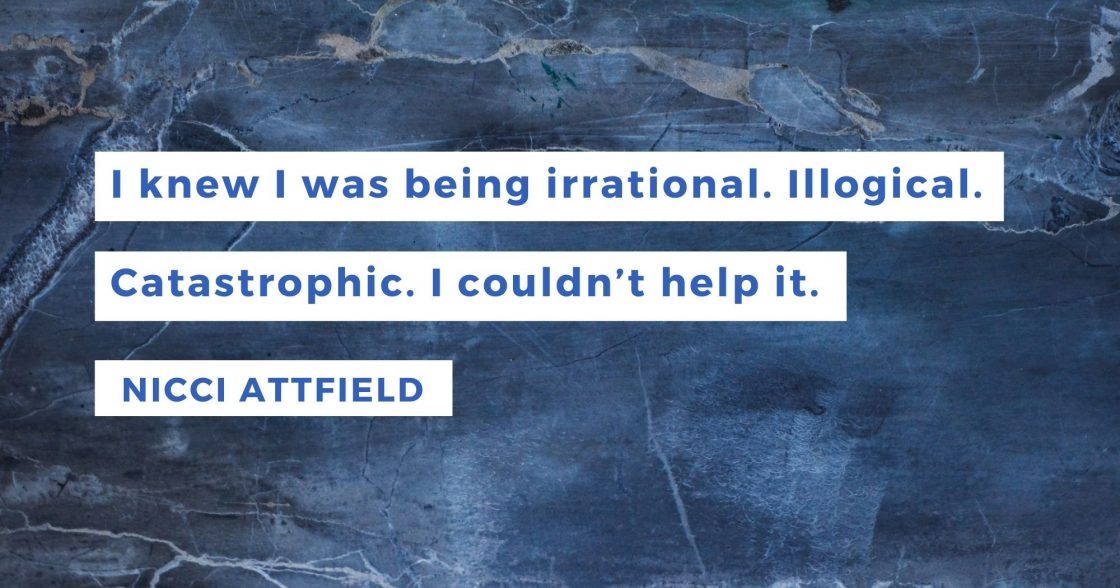 Once I finally went, therapy helped me to find my voice. I’d always been very quiet and didn’t talk a lot about what I needed. I’d usually search for my answers in books. I often felt at war with myself. By going to therapy, I learned to talk and, once I started speaking, I didn’t stop. My problems, however, didn’t magically disappear. Initially (because I was always looking for my keys while they were inside) I thought the therapist would tell me how to solve my problems and all would be well. Instead, he started to ask me what I wanted for myself. This, initially, was very frustrating. I was scared that, if I were to acknowledge how unhappy I felt, I would need to make frightening changes. I fought all of my own desires and longings. I wanted to feel understood the way I had with Jacques, the friend I’d secretly loved. I also wanted to move out of the city. I wanted to find a creative way of working. Not knowing how to ask for what I wanted made me feel powerless. I felt as though I would never achieve my goals because I just couldn’t put myself out into the world. I knew therapy would help. That it was probably the only thing which could help. And so I kept going.

​In 2016, my dad died and I started to have panic attacks. When they first came, I didn’t know what they were. I thought something was physically very wrong. The level of anxiety and dread was terrifying. I remember asking one of my friends, a psychologist, whether she sometimes felt this way. I wanted to believe my feelings of dread were normal and would eventually go away on their own. She said she didn’t feel this way and I started to worry about what was happening to me. I dreaded the attacks. I would feel dizzy. I couldn’t catch my breath. One night, I was sure I was having a heart attack. I later learned that these attacks were related to fear, not of death, but of not having lived a life I wanted. 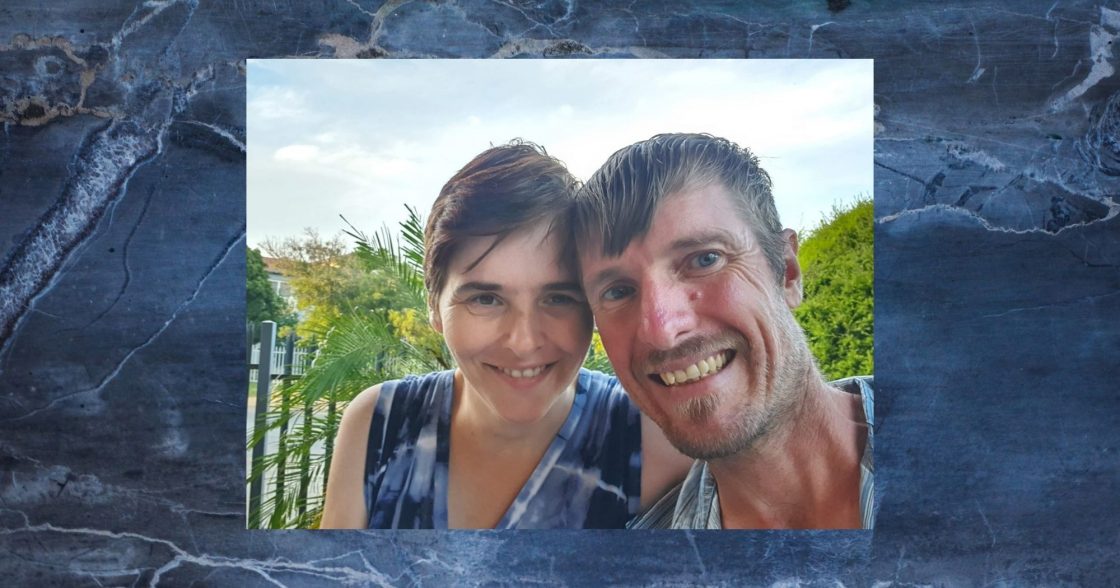 I still wasn’t ready to admit that I needed to make changes. I downloaded a couple of apps on my iPad. I had a self-meditation app which would take me into a relaxing setting. I had an app which helped me to breathe slowly and deeply. I also had one which worked with brain waves. All of them helped to reduce the intensity of my anxiety but they didn’t resolve the problem. I tried supplements and even nutritional changes.

It was with a psychiatrist’s help that I was able to overcome my fear of change. She put me on beta-blockers and SSRI’s. I was scared. I’d read that SSRI’s could be addictive and difficult to withdraw from. I was worried that they would be a placebo. I was worried about side effects. I was worried that I was failing if I couldn’t treat the problem naturally. My psychiatrist explained that I could wean myself off the medication. If there were still symptoms, this might mean the problem was not yet cured. She was very kind and seemed to be completely in control, which made me feel better. She spoke about the quality of life I could have while on the medication and I did want to feel better. 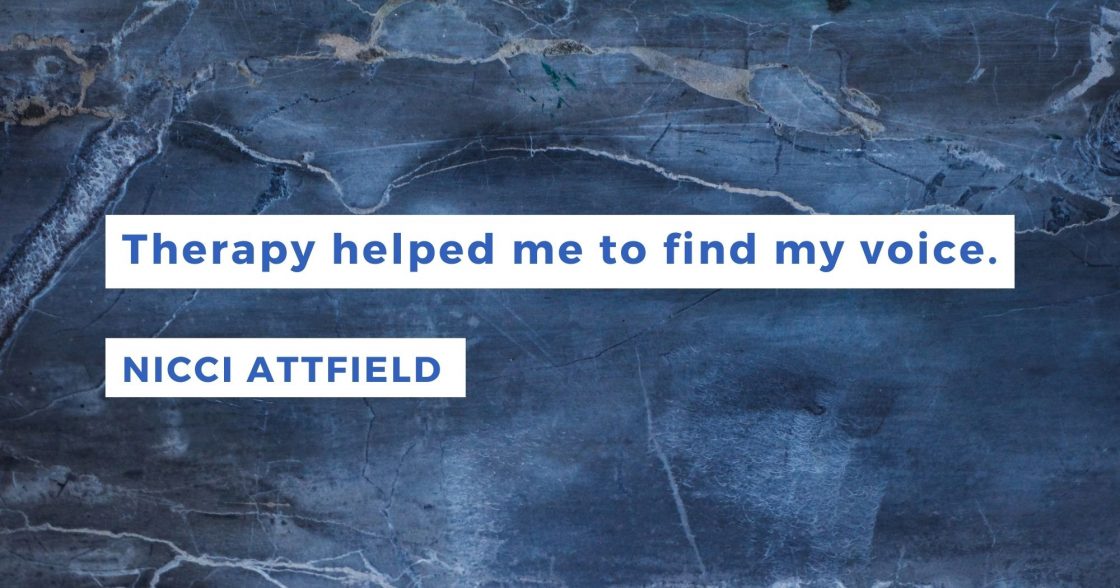 The medication made a massive difference. It reduced my anxiety and fear so that I could start speaking about what was really bothering me. I started to talk about how I wanted a different life and how I didn’t know how I could achieve my goals in the space I was in. My therapist understood. He gave me a safe space to speak out about what I truly felt. When I began to see what I wanted, I was able to shape a new life. I gradually came off medication.

Change is always hard. Therapy helped me to trust myself enough to guide my own life. My therapist didn’t need me to adjust to a life I was unhappy with and so I was free to explore. I realised that by communicating and sharing what I needed, I was able to have honest conversations. No more second-guessing what other people needed. No more trying to squash down my own feelings and desires. 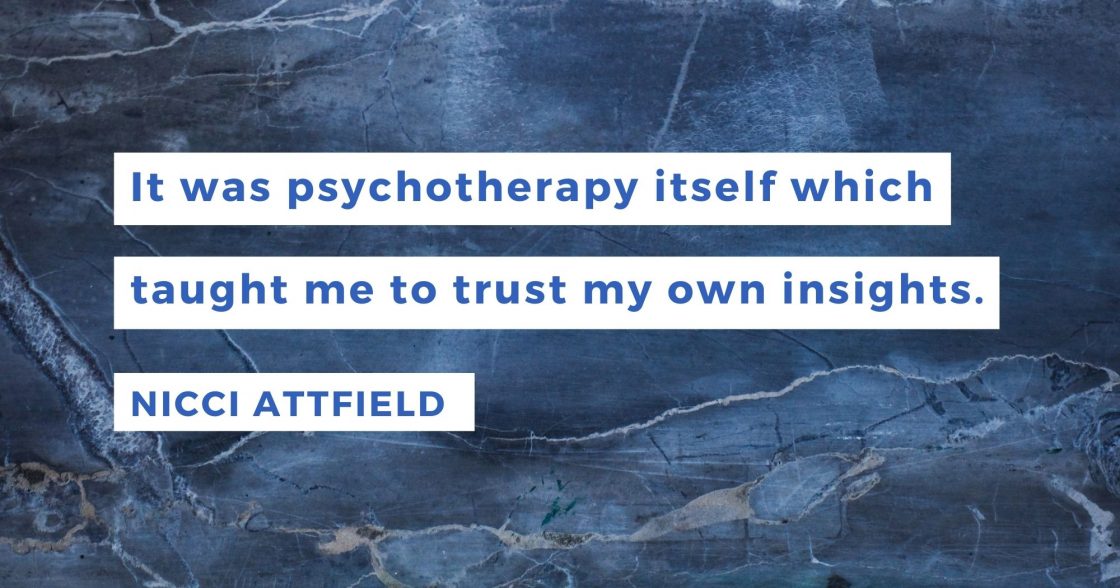 This meant that when I re-connected with my partner, Jacques, I was able to share my love for him. Because I accepted all of my feelings, there was no need to keep anything from him, no reasons to remain hidden. I could understand the importance of honesty in a relationship and the value of communication. Jacques didn’t need to guess what was going on. This meant that we were able to build a fulfilling relationship. I have been able to have the relationships I had always wanted. I was able to improve my relationship with my first child, Danny. Jacques and I also have a baby girl, Ava.

Therapy showed me the gaps which exist within my life in a way I’d never seen before. Anxiety showed me something was wrong, but I never knew exactly what it was. It may have been a signal, but it was psychotherapy itself which taught me to trust my own insights. I no longer feel like a square peg in a round hole. Trusting my therapist enabled me to trust myself. It was the willingness to use my own insights to guide me through some dark and scary places that have brought me happiness today. 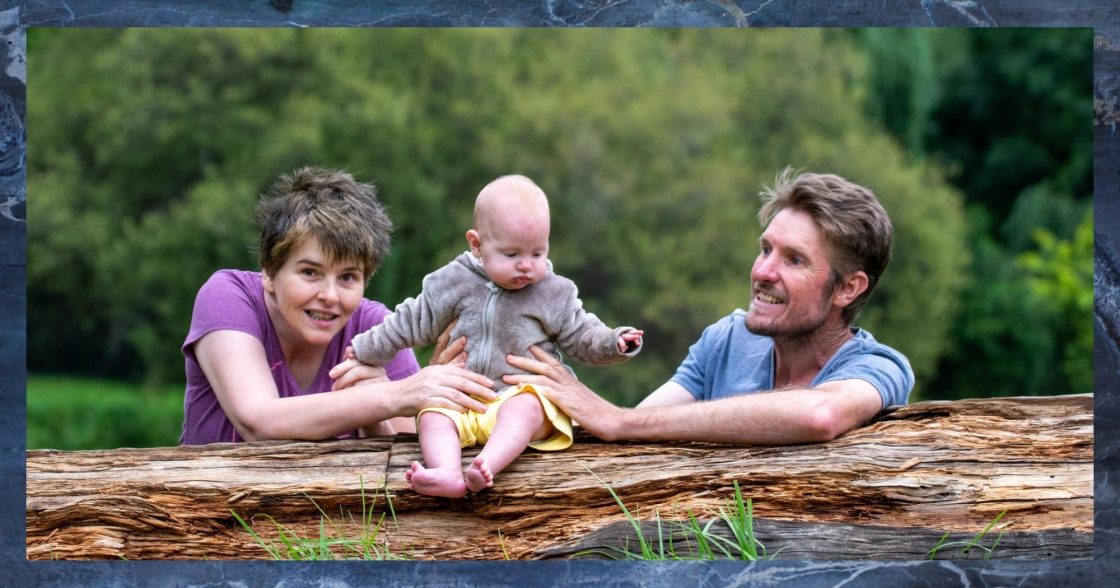 I was scared that, by embarking on a therapeutic journey, I would be admitting that I couldn’t control my life and that it was falling apart. Instead, therapy brought me the gift of self, and the ability to share that self with my family. I couldn’t have asked for more. I don’t believe that I was cured from anxiety. I still have anxious moments and I know I have to speak through them and identify what is wrong. Instead, I think anxiety helped me to birth a new self by taking me on a journey through darkness. The journey was terrifying and I was quite unprepared for its peaks and valleys. But it brought me home—home to myself.

Nicci Attfield is a mother to Ava and Danny. She and her partner, Jacques, live on a farm outside of Johannesburg. Nicci still reads but has learned to put her own words into the world, and works as a freelance writer. She loves coffee, books, rainy afternoons and spending time outside. Nicci has an honours in psychology and a masters in diversity studies. She would recommend therapy to anyone willing to try it. You can follow Nicci at twitter.com/nicciat and read some of her other work at muckrack.com/nicci-attfield-freelancewriter.

Shortly after her first hospitalization and diagnosis of bipolar, Jocelyn fell into a deep depression. While in the hospital, Jocelyn was guided by the beauty of an orchid, sitting on her window sill. Jocelyn found ways to find beauty day to day to help cope with depression and diagnosis, along with therapy and medication. Read more about her story!