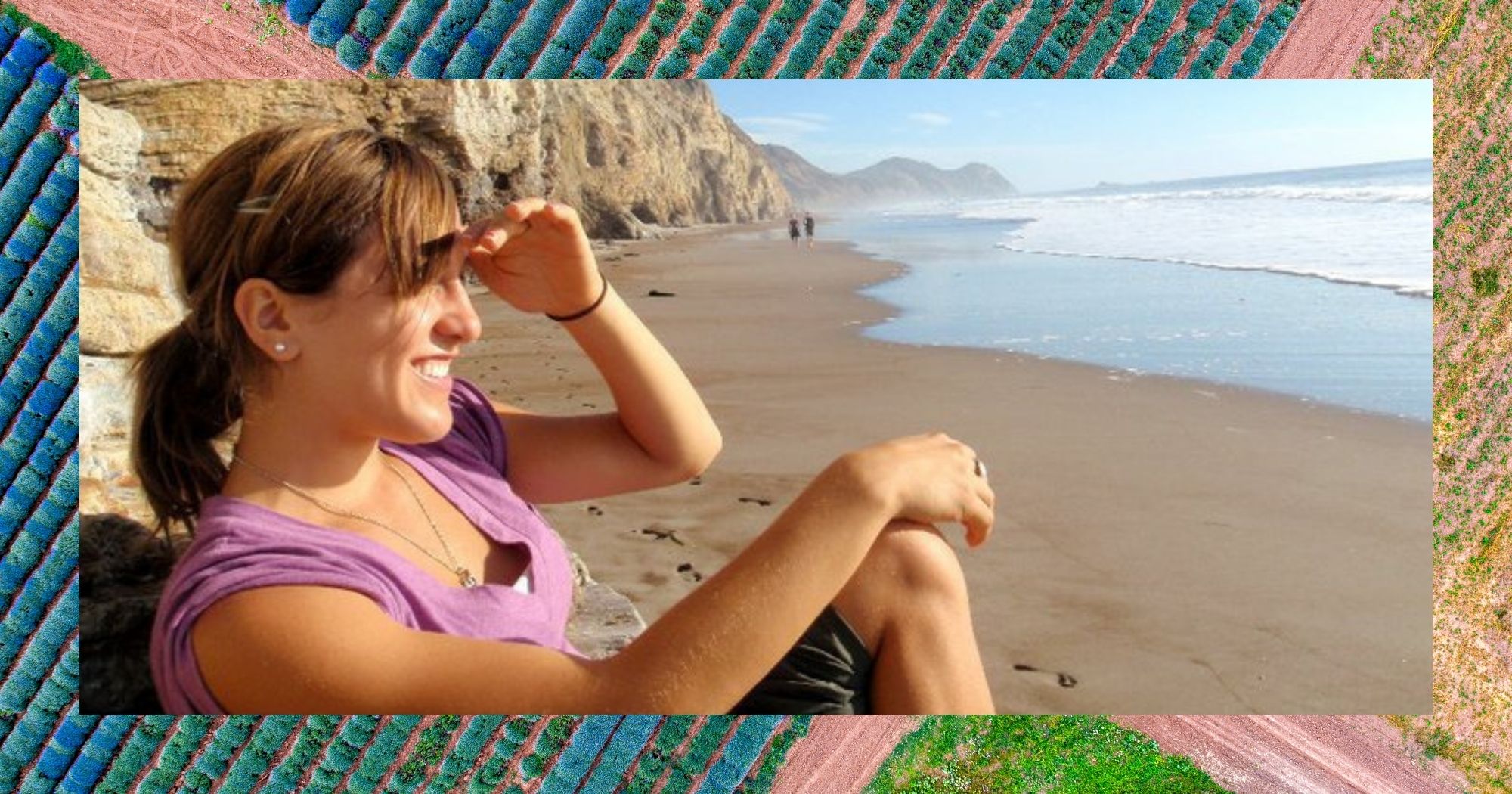 Astroturf clung to the back of my navy blue Adidas shorts as I reached for my hamstrings. My 15-year-old-self watched as Kara and Jean circled the track once more, their shoeless feet rising and falling against the astroturf. One lap after another after another.

Isn’t that like their…fifteenth one? How do they DO that? I privately marveled. Who would WANT to?

My favorite sports in elementary school had always been team ones. I loved it when we played kickball, or when I returned home from school with sore and reddened wrists after smacking volleyballs around. Scooter hockey, where we’d wheel across the gym floors chasing around a small, scuffed-up black puck, also thrilled me.

At the time, these activities appealed to me far more than running. I didn’t understand the people who ran for “fun.” To me, running was obligatory. When gym teachers assigned us elementary schoolers the dreaded mile, I’d jog two laps then stop halfway through before starting up again. Some days I might fake a lap (a few of the girls and I hid behind the water fountain before re-joining the pack, pretending that we too were on our third).

That all changed when, one day, in search of an excuse to avoid social interaction with a group of girls with whom I didn’t click, I started running around the track—barefoot, the way I’d seen the varsity girls do. 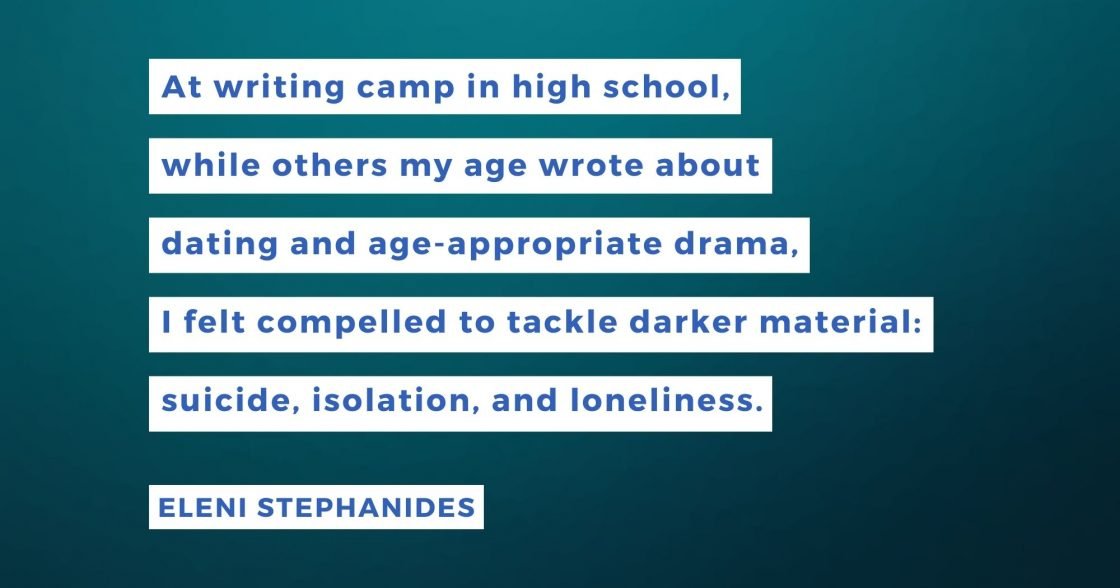 Hellish as the first few laps felt, a strange thing happened on the fourth: it stopped feeling effortful; and hellish. I no longer felt like I was dragging my body around. Instead it felt like my feet against the rubbery track had unleashed a Hermese, who now flitted through the air carrying me along on his winged shoulders; some invisible, golden engine-like light propelled me from within.

It was then that the mystery behind why Kara and Jean ran so incessantly suddenly and effortlessly unlocked. What I didn’t understand now is how they could ever bring themselves to stop. I certainly couldn’t seem to—after twenty laps, I wanted to keep going.

An hour later, soaked in sweat and feeling weightless, I brought my feet to a halt. As I gathered my belongings and prepared to walk home for the day, my limbs felt like Jell-O. My head buzzed with what I’d later learn were an avalanche of endorphins being released. The fog in my brain had lifted.

“I feel like I can do anything!” an excited voice inside me proclaimed.

This new elation followed me home, where I behaved pleasantly at dinner, completed all my homework within an hour, and slept soundly that night.

From that point on, running turned from an obligatory punishment to an activity in which I willingly engaged.

The next day I told Coach Al that I wanted to switch from sprinting to distance running. And in the coming weeks I watched as this activity I’d once scorned and dreaded—one that had ranked about as high on my list of preferred activities as scrubbing toilets— became one that was now right up there with binging on Sour Punch straws and watching The O.C. 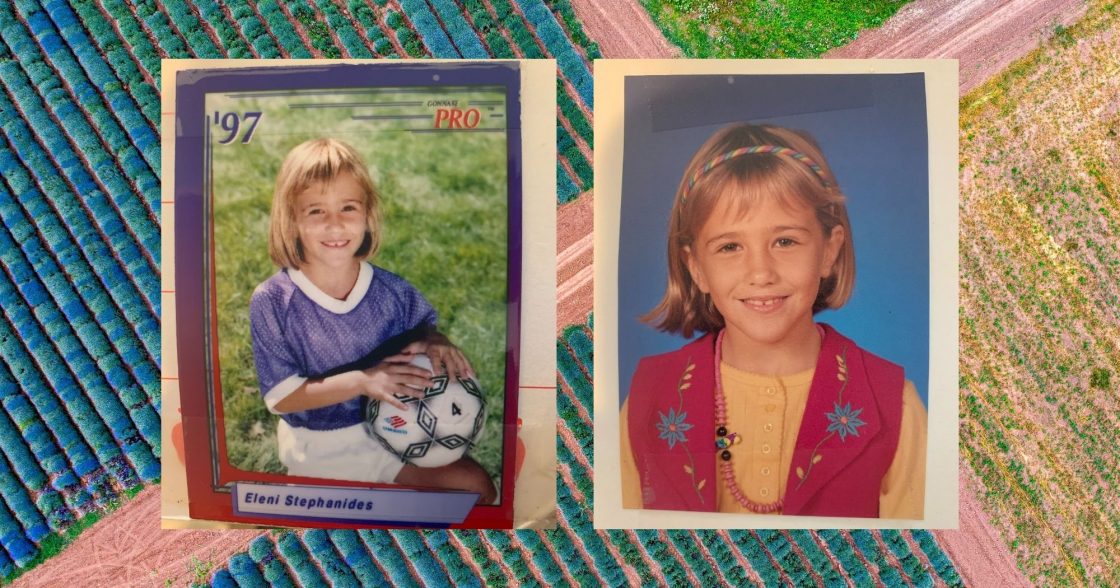 My struggle with depression dates as far back as seventh grade. When writing about it, I described “him” as a beast who devours your soul and leaves behind a shell. Interpersonal issues, academic struggles, and beginning (unwanted to me) reckonings of same-sex attractions all fanned the flames of the dark beast.

At writing camp in high school, while others my age wrote about dating and age-appropriate drama, I felt compelled to tackle darker material: suicide, isolation, and loneliness. The more chrono-normative subjects embraced by my peers felt far-off and unrelatable to me, existing on a separate plane from where my own head was at.

Depression was being jolted awake several times through the night with a racing mind, or waking early and not being able to go back to sleep. It was sitting amongst a group of friends trying to stay present but continuing to be pulled under by thoughts of what’s the point of all this? 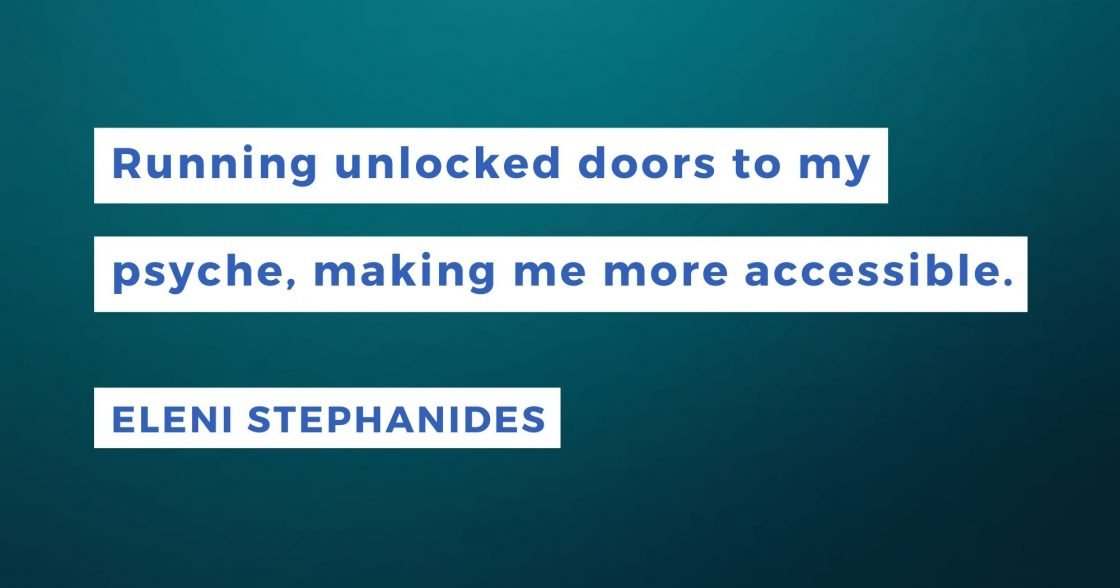 It was sitting in class thinking, none of what we’re writing matters. All of these perfunctory daily actions won’t rescue us from our fate.

Many days I skipped class (without my parents’ knowledge) because I just couldn’t bring myself to be around others. My parents would wake me up, I’d get out of bed and go through the motions of getting ready—put on my clothes, brush my teeth, maybe eat a little something—then crawl back into bed as soon as they left for work.

I felt no qualms about this, figuring that no one would even notice my absence, much less miss my presence.

Quiet, stoic, and somewhat shut down was my default state in high school, but running a lap or two around Lake Merritt left me looser and more talkative. I could joke with my teammates afterwards. Running unlocked doors to my psyche, making me more accessible. It seemed to pull my personality out from beneath the debris of depression, then sand off the shards of anxiety before depositing a presentable and lucid self to those around me.

Running became the activity I craved. It was the outlet I would continue to turn to for years on end. I considered it a fundamental part of my identity.

When running, you’re only competing with yourself. You didn’t even have to do that though—not if you didn’t want to. Though I’d been fiercely competitive as a child, I’d lost that spirit by the start of high school (around the same time that depression threw a cloud over everything). This made running an appealing option. I still to this day don’t track how many miles I run— only how I feel afterwards. 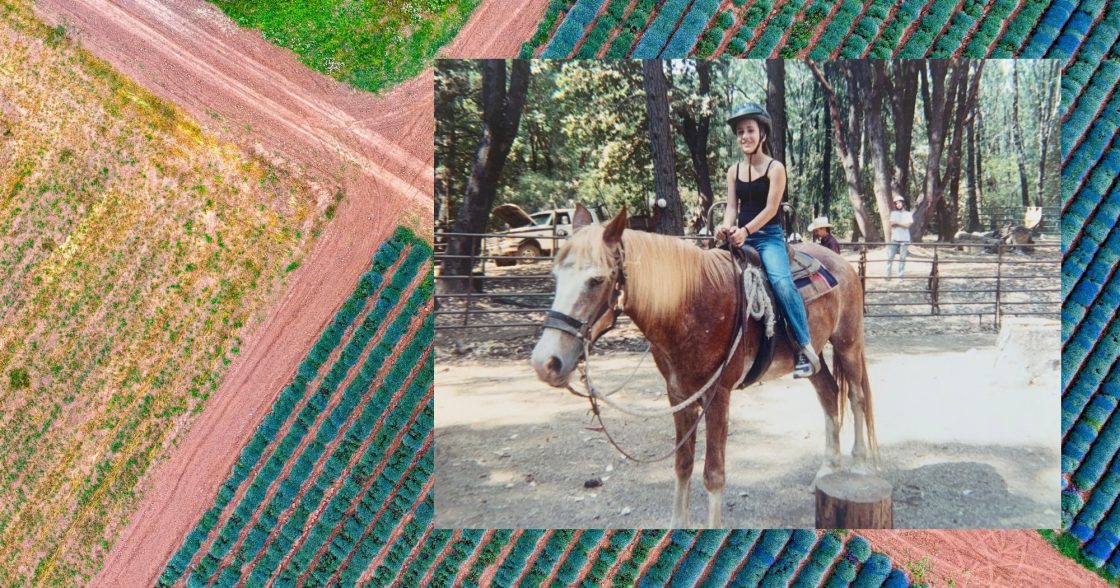 Though I no longer run to the same extent that I used to, I remain fit and still value exercise. My workouts now take the form of a combination of running and quick walking, or walking briskly up hiking trails. I like to mix my runs up by practicing on different terrain.

I recall a recent one on the beach, wherein the waves foamed on the sand and baby seagulls puttered behind their moms. At times the waves overturned them, forcing them to regain their footing.

I remember leaving footprints in the sand as I ran. Their size would change depending on the thoughts I was having— bigger and more erratic when they hit against a jagged realization; more contained when I allowed the sound of the waves to replace the din of mental scampering. 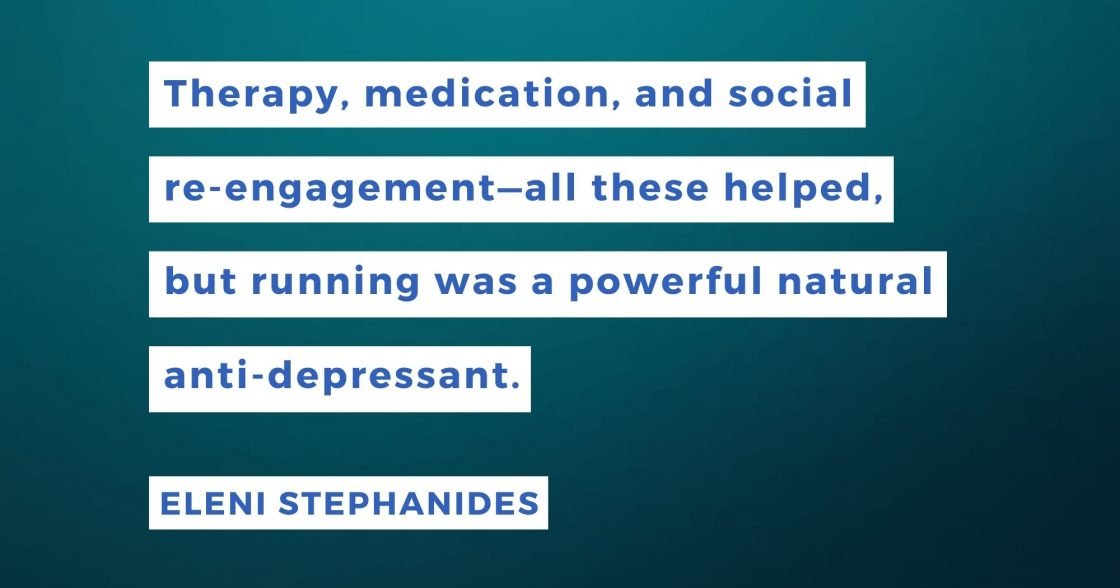 For those who struggle with depression and anxiety, running and exercise in general can be such valuable and healing outlets.

Therapy, medication, and social re-engagement— all these helped, but running was a powerful natural anti-depressant. It changed the way I saw myself and moved through the world. It literally helped me shed some of the weight of the trauma and baggage I’d been carrying around. It lifted some of the fog occluding my vision. It didn’t eliminate my problems entirely, not by any means—but it did hone my ability to cope with and confront them, by helping me to see more clearly and move with greater ease through the world.

Spending more time moving out in nature, and less on scrolling through social media letting the algorithms siphon my brain-power, is something I continue to find extremely beneficial to my mental health.

Even before the pandemic, I relished in finding ways to turn the planet into my own workout space (in a way that was respectful to Her and left things as I’d found them). I’ve done crunches lying against a smooth desert stone above cacti, while a hawk glided languidly through the sky overhead (in Palm Springs). I’ve run barefoot on the beach in Eureka, the breeze cool against my skin and the undisturbed sand pristine beneath my feet. The fresh green grass at many parks has beckoned me into yoga poses, stretches, and ab circuits. 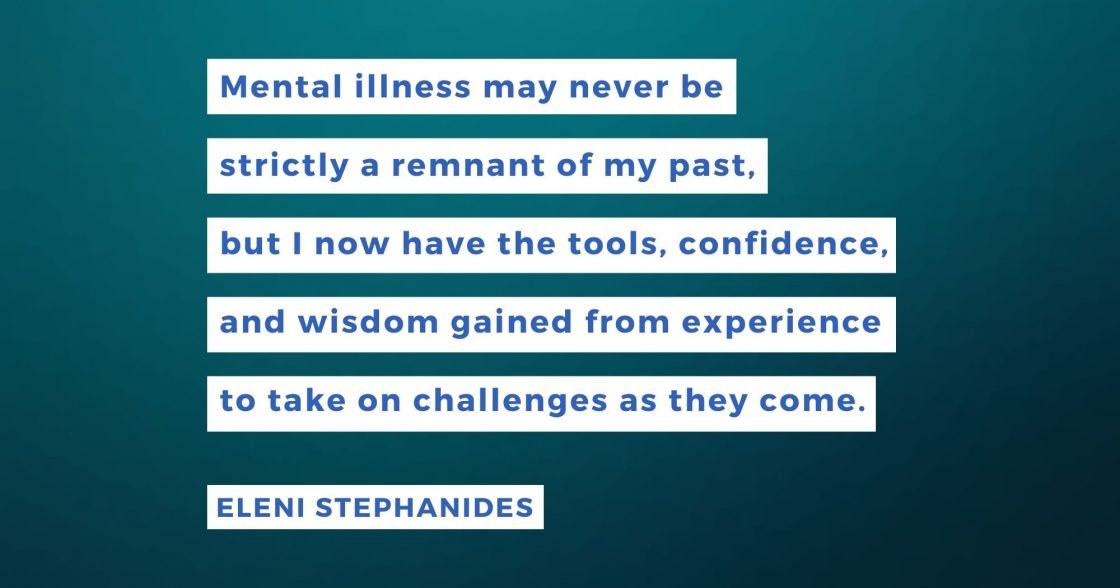 Exercise continues to be an integral component of my emotional self-maintenance, as does sleep, nutrition, and maintaining social connections. When stressors build up and begin to accumulate inside me, going running is like taking out the trash. Additionally, in October of 2020 I was diagnosed with Celiac disease—an autoimmune condition wherein ingestion of gluten results in the body attacking its small intestine. Doctors say I may have had it my entire life. Undiagnosed Celiac can lead to a host of other issues, depression included (eighty percent of the feel-good neurotransmitter serotonin is produced in the gut, meaning small intestinal injury can lead to mental health problems). The sneaky condition presents differently from person to person. Not everyone suffers from digestive symptoms. Some people have no symptoms at all, or “silent Celiac disease.” It’s also estimated that up to eighty percent of people with the illness are unaware that they have it. 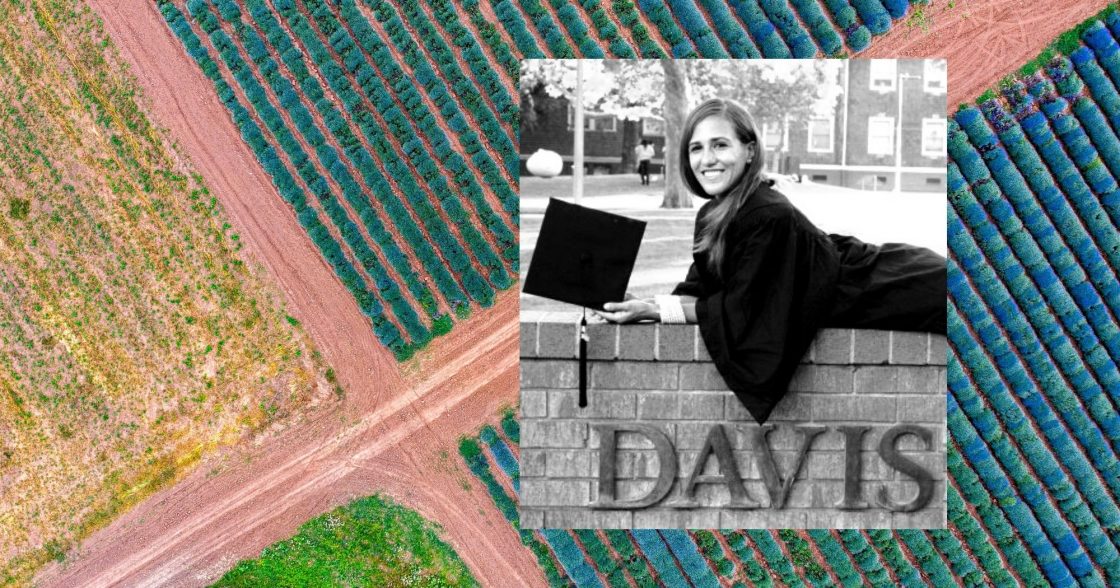 I’m grateful that the diagnosis has taught me more about nutritious eating and health in general—particularly the pivotal role that our guts play in our overall well-being, as well as the link between mental and physical health through insights on the gut-brain connection. I’ve also continued with therapy to tackle childhood relational trauma and the ways in which it continues to show up in my present behavior and relational decisions. This will likely be ongoing.

Though it would be nice to wrap this up with a shiny bow and categorize my life into a tidy before and after narrative, this feels disingenuous. What I can say is that mental illness may never be strictly a remnant of my past, but I now have the tools, confidence, and wisdom gained from experience to take on challenges as they come. These days I am a mixture of hopeful and grateful. Hopeful that my 30s might feel calmer and more navigable than my earlier years did. Grateful for the chance to live a healthier life than I’ve ever lived before. As Alicia Keys wrote in her memoir, “Bliss is a beautiful destination, but you can often only reach its shores after a turning point.”

Eleni is a Spanish interpreter and freelance writer living in Oakland, CA. In her spare time she enjoys wandering through nature, reading psychology and mindfulness content, speaking Spanish, and petting cats. You can follow her on IG @eleni_steph_writer and you can check out her writing on Medium.com.

As someone who lives with panic disorder, OCD and anxiety, Caitlin Irish is uniquely positioned to help people as a psychiatric nurse, and uniquely challenged.