A Screenwriter’s Story – Living With Autism 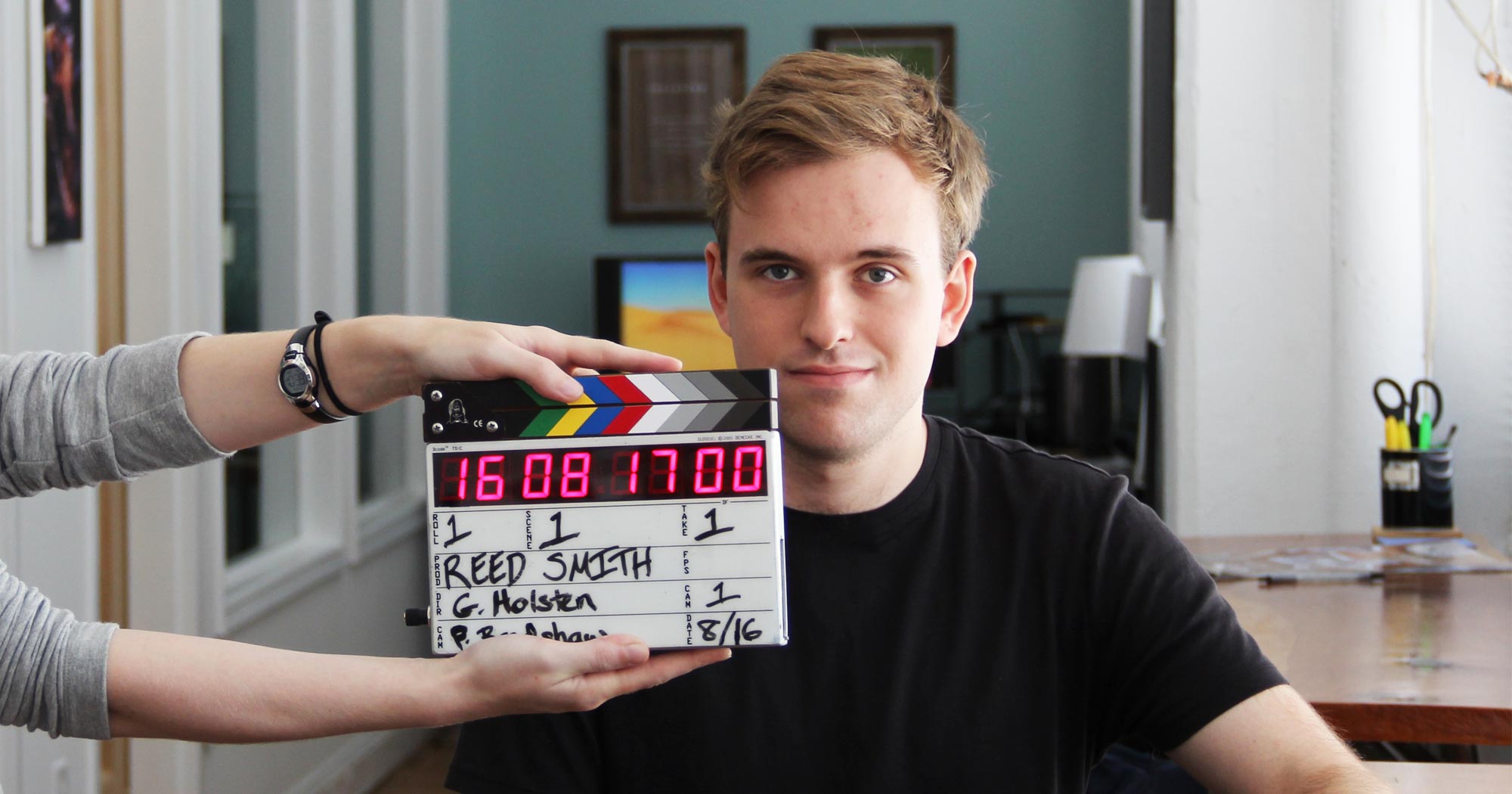 I first met Reed Smith early in 2017. It was an informational interview – Reed was graduating from college and was beginning to think about a life in the world of film. He told me about his life-long passion for the medium, and then wanted to know about my career as a documentary filmmaker. “Why are you not as famous as Errol Morris?” he asked. Reed is an inquisitive soul, and his directness is refreshing. Although I didn’t come up with a satisfying response, I was immediately charmed, and thought that I’d like to get to know him better. I asked him to be a production intern for the summer.

I was further charmed when he told me about his screenplay, Hollywood’s Aspergian Mind, about a young screenwriter who tangles with not-so-trusting Hollywood producer types. Like Reed, the main character in the screenplay, Ryan, lives with autism.

“I always had this concept of a guy who gets his screenplay stolen, which first came from the movie Big Fat Liar. I hoped to create my own type of movie with that concept and make more of a Hollywood satire out of it.”

One big difference is that Reed’s main character – a fully developed character with hopes, dreams, problems and relationships – would have autism.

“I think a lot of (writers) put a little bit of themselves into their works. I do think that having autism is an interesting part of who I am. So I am hoping this will gain some kind of a deeper awareness . . . it is showing an autistic character who is very different from other autistic characters.”

Reed’s journey with autism may, in fact, be a plus for life as a screenwriter. He works hard, on a daily basis, to understand someone’s intentions, an insight that perhaps is good for character development.

“I feel like that is an area where my autism has helped me, since I think in some ways I think I try harder than people who don’t have autism . . . and that always gives me a vivid sense of how I can develop my own characters.” 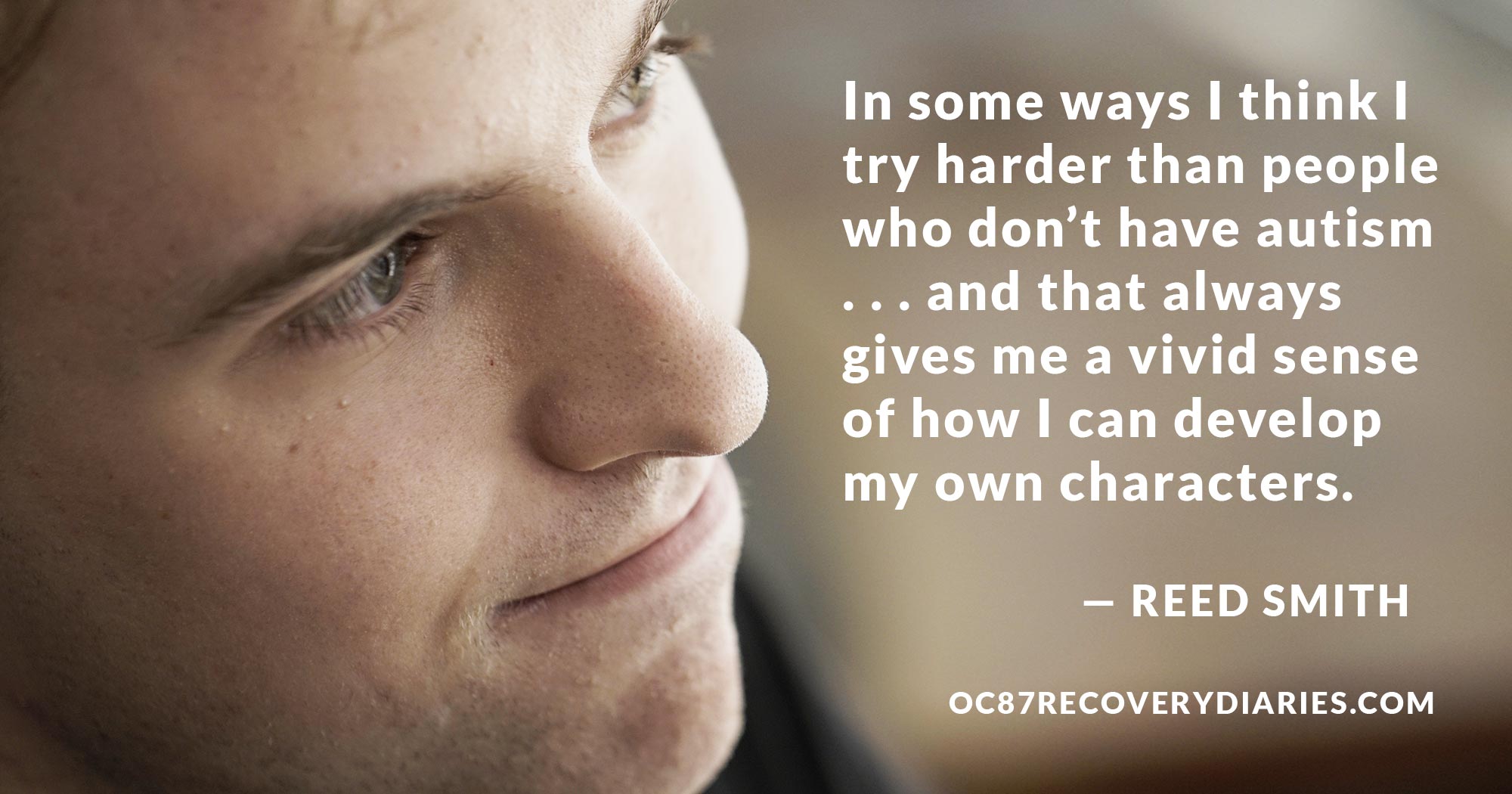 “I would like to see what they call a “hyperlink film,” one that tells multiple different stories, which is a film style that Robert Altman first invented with Nashville, where you would get a sense of these multiple different kinds of autistic characters.”

For Reed, Hollywood’s Aspergian Mind is a dream that is, perhaps, a long way off from being realized. However, OC87 Recovery Diaries invited a group of talented actors in for a table read of scenes from the screenplay and wove some of those scenes into this accompanying video. I hope you enjoy meeting Reed as much as I have. 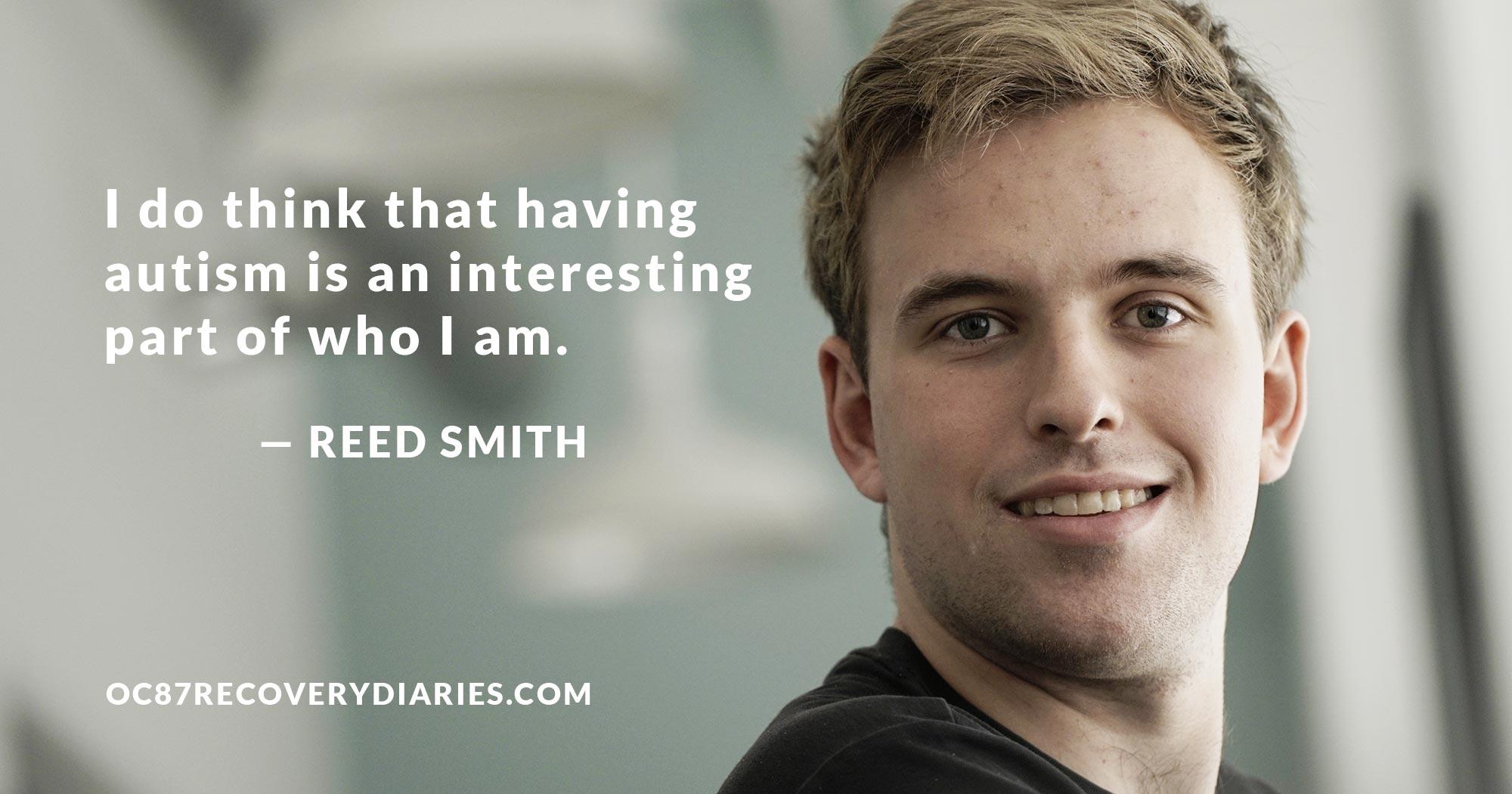 In this short film, Rob Davis shares his journey as a police officer who lives with trauma and PTSD.