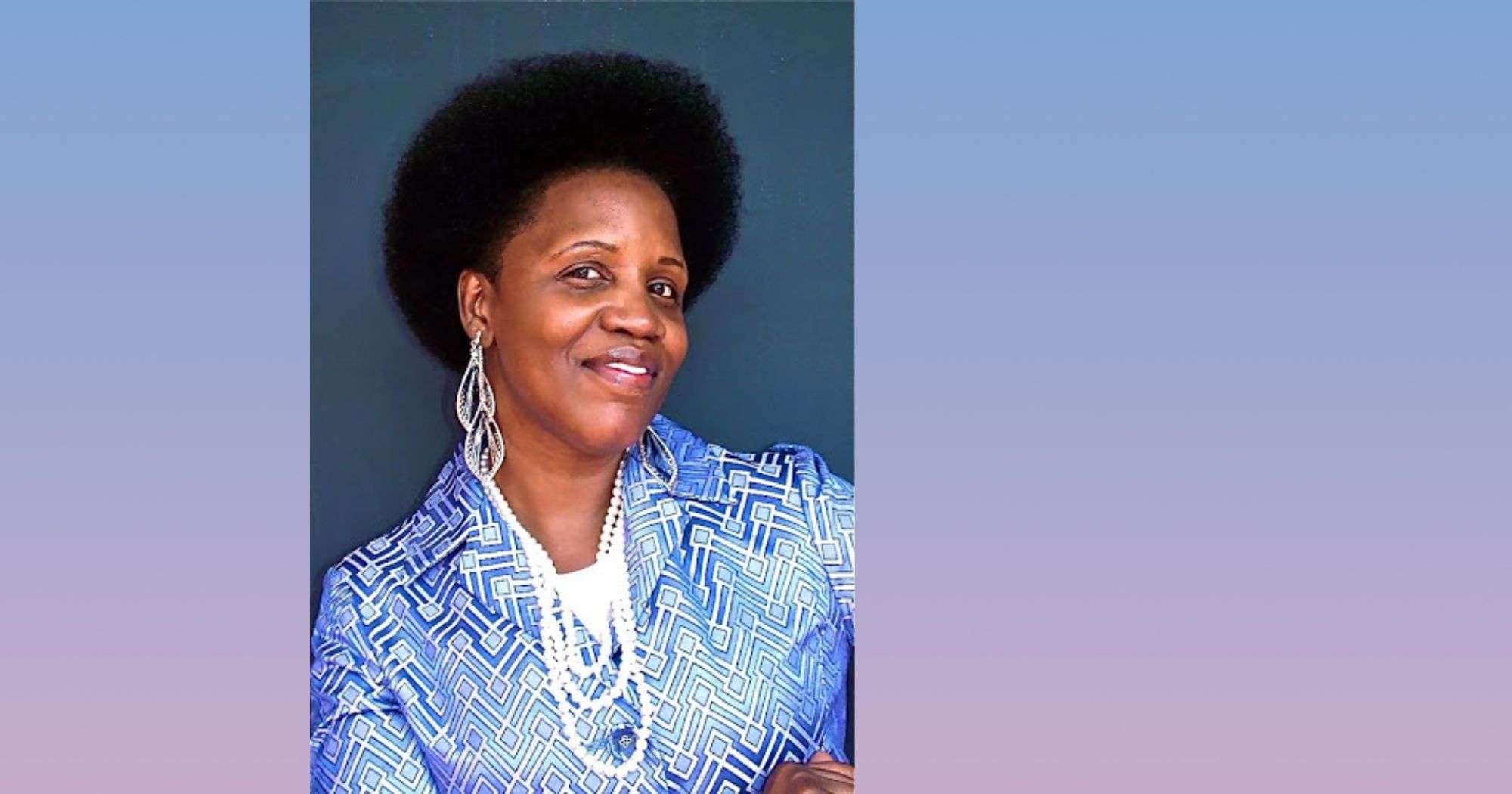 When I walk into a room, my presence, stature, and big ass afro commands attention! It wasn’t always that way—I didn’t want anyone to see me or my scars. My scars told a story of abuse, defeat, and shame, and were off limits to the viewing eyes. I grew up in a home where children were seen and not heard and if, for some reason, you were seen; you may become a victim of abuse in one form or another.

My mom had five girls by the time she was twenty-three and that alone was a magnet for predators. She was not well-educated at that time and had her own demons and unaddressed trauma. Her life was filled with abuse, violence, and neglect– which she passed down to my sisters and I like grandmother’s pearls. We moved a lot and ended up being in a home with an uncle who I had to fight off on a regular basis. He would suck on this hard butterscotch candy while fondling me and to this date, I hate the smell of butterscotch. 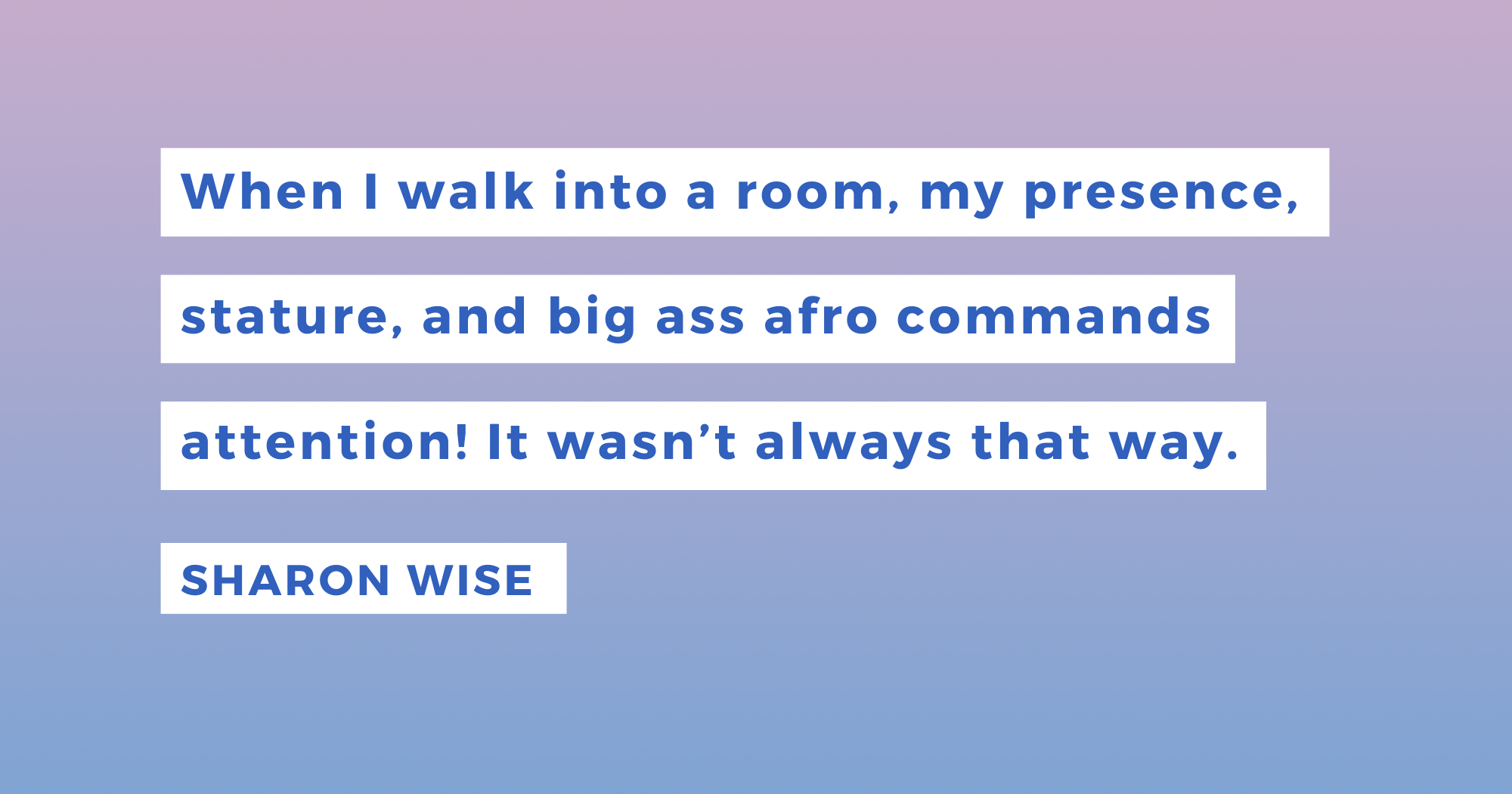 I will never forget the night my mom “ran” from Indianapolis, Indiana where we were all born, covered in blood from head to toe. My mom was beautiful, with fair skin, long black hair, and a perfect smile. But for some reason, her like me, or me like her, she attracted some of the most violent men this side of Texas. My mother ran in the house screaming to my older sisters, “Get up girls, get up, throw a few things in a bag and run!” Before I knew it, here comes my stepfather with a gun in his hand chasing her while screaming insults and vulgarities.

By the time they reached the top of the stairs, I was waiting to defend my mother. I had built up enough courage in my five-year-old body to fight him. I was ready for the bully who hurt my mom. When he saw me, he yelled for me to go back to bed, but there was no chance in hell I would do that. He had her by the hair and was punching her. I screamed, “Daddy don’t kill mommy, kill me instead!” He stopped and looked up at me, fell to the floor and began crying. He grabbed me and put me in his arms and said, “Daddy sorry. Your mom makes me do this.”

At that point I was hooked. I was hooked on violence served up as love and black eyes in return for a mink coat. While he lay weeping on the floor covered in my mother’s blood, my screams and his tears, my mom was able to gather my sisters and I, call a taxi and off to the Greyhound Bus Station we went. With five little scared girls in their pajamas in tow, everything we owned packed in three small suitcases, three hours later we pulled up in Chicago.

​We moved into my uncle’s house that he shared with his wife and three children. What I didn’t know was that he was a pedophile. We stayed with them about two years and I slept with my mom each night making certain no one bothered her. With her working nights she was not there to make certain no one bothered me. I blamed her for years for allowing me to get molested.

We soon had our own place but my mom was still choosing men who would hurt her and at nine years old I began running away from home to escape from my uncle. I hated him and I loved him. I hated him because of what he was doing to me and my sisters. I loved him because I had not seen my mother smile without a bruise over her mouth and he provided us a place to stay and had found my mom a job. 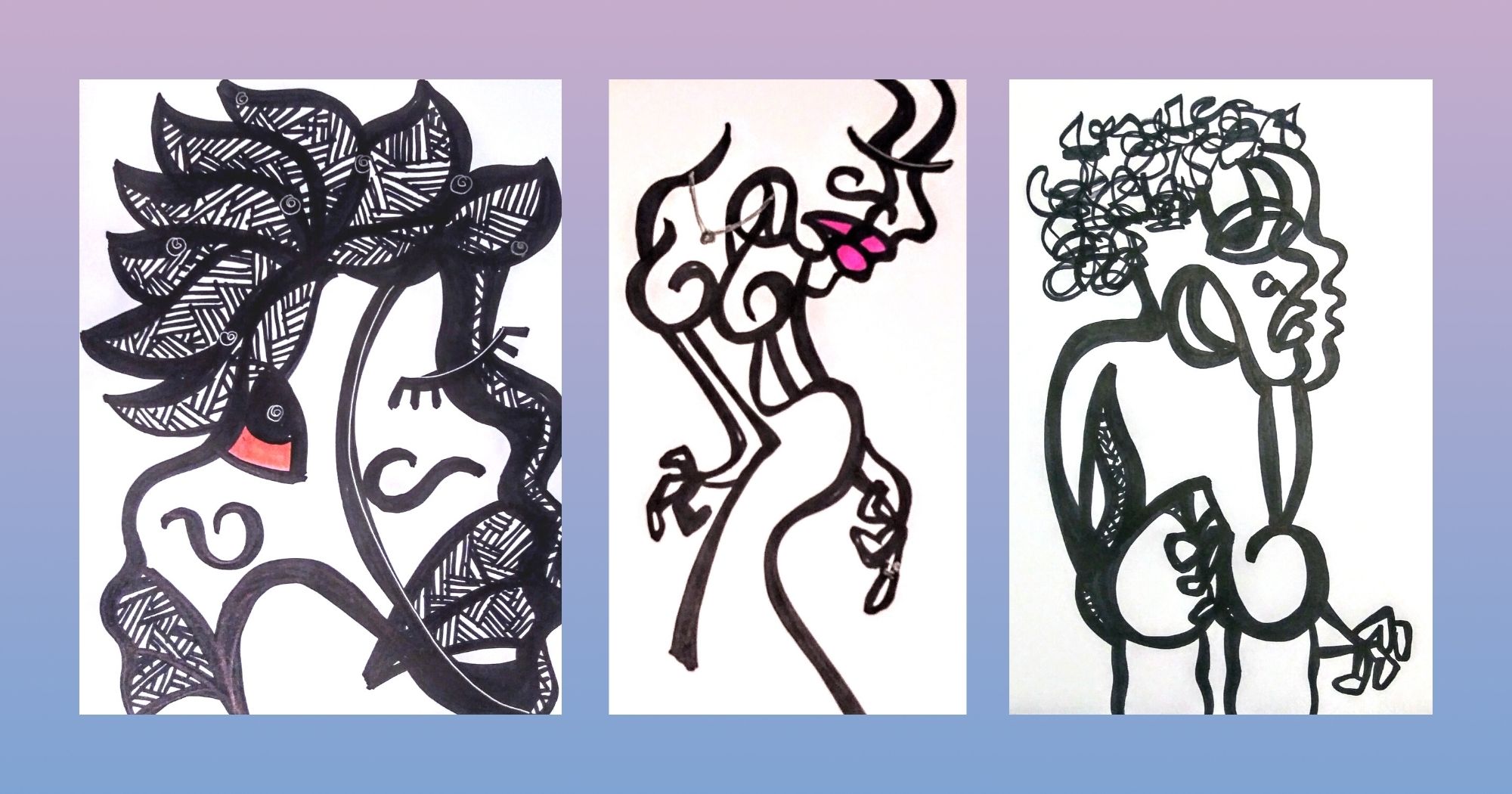 As I got older, I began to practice self-harm, cutting and burning myself, all in the name of “feeling alive.”

When I would feel that warm blood or touch the burn marks on my legs, I felt alive. I could control when I cut or burned myself, but not the men coming into my room. Cutting became my new best friend and a go-to drink when I was feeling the most hurt and wanted the hurt to stop. 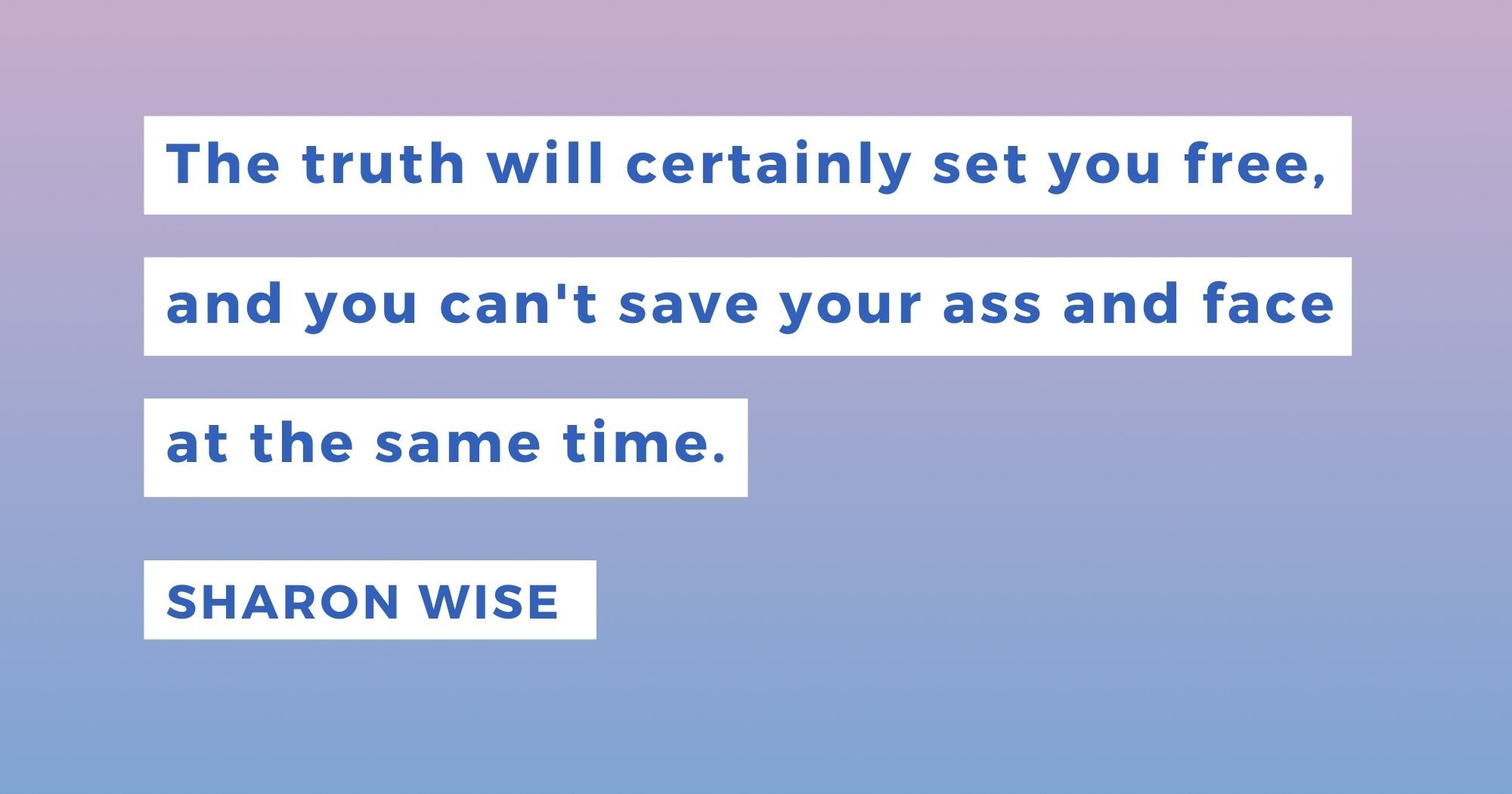 My stepfather began getting us for holidays when I was about eleven years old. We would go back to Indianapolis and stay with him and different women. I was a slave to them because it was as if I was there to clean up, watch their children and of course be a sex tool for some drunk friend or family member who would come in my room once everyone passed out.

I began hanging out with boys, staying out, and doing drugs mostly because of shame. Since I was abused and was abusing myself in so many ways, the internal and external scars became glaring. I would intentionally seek out people who would emotionally and physically abuse me. My best friends were girls who slept with my boyfriend and stole things from me. It didn’t matter how they treated me as long as they were willing to be around me.

​By the time I was twenty years old; I was using so many drugs, I’d lost all parental rights for my two children, had an arrest record, and was homeless and panhandling on the streets. I had visible track marks from shooting dope in my arms and legs, cuts and burns from self-harm, and missing teeth from getting beaten up.

My internal scars were much deeper.

Despite it all, I wanted to heal but had no idea how. After a few more jails and institutions, I was introduced to psychotherapy and my life, so I thought, got progressively better. 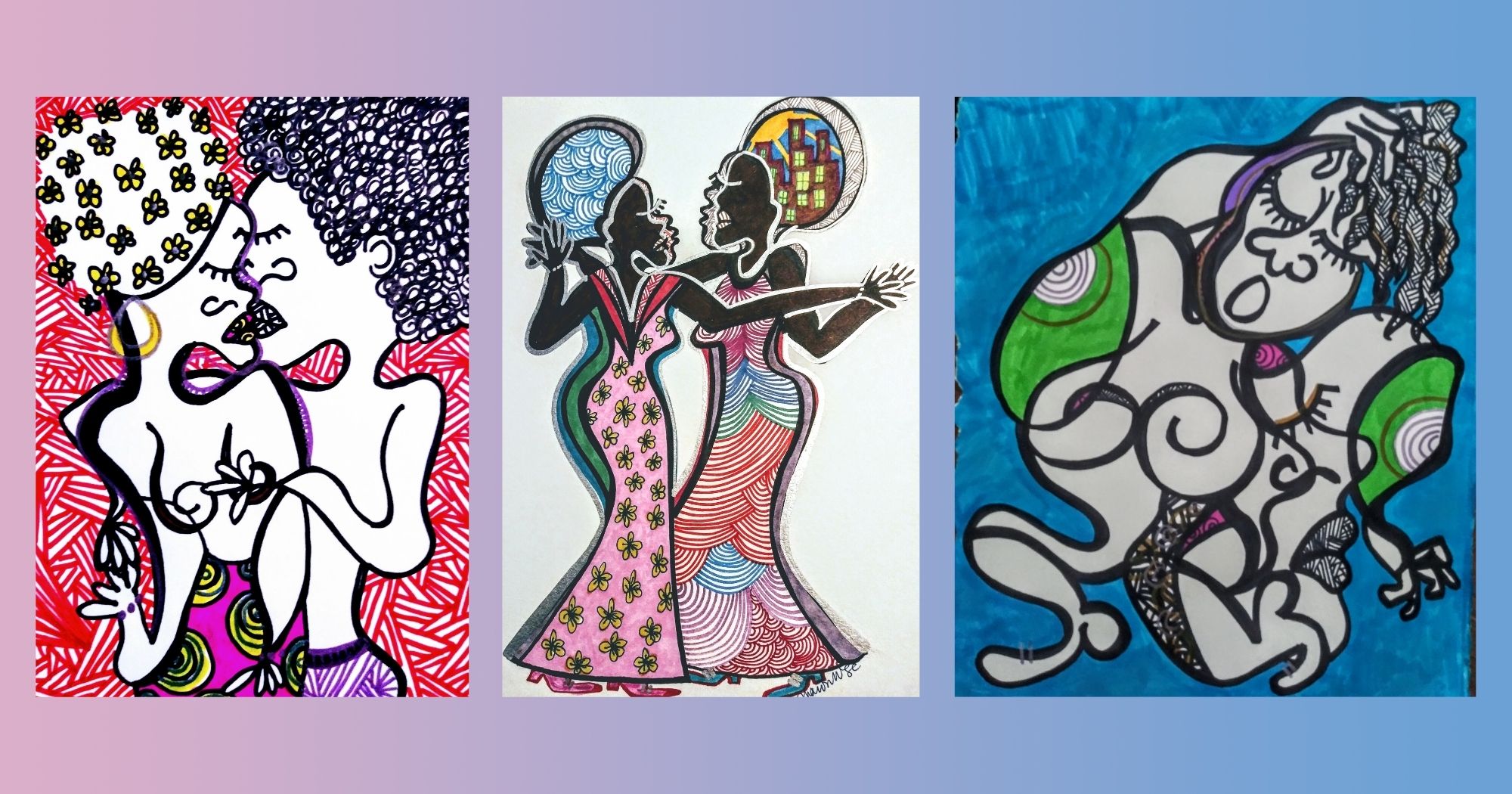 I went to visit my new probation officer and she had this map on the walls with red circles. There was a federal program to move formerly incarcerated women around the USA to give them an “environmental change.” The map was of the states that were taking women from around the country. When I heard about the program and decided to go forward, I stood up in her office, closed my eyes, turned around three times and then placed my finger on one of those red circles, landing on DC.

After the rare chance to relocate to the Nation’s Capital, I began to address my substance use, homelessness, lack of education and unemployment. I found out those things were easy to get but there was a part of me that was not getting any sunlight. 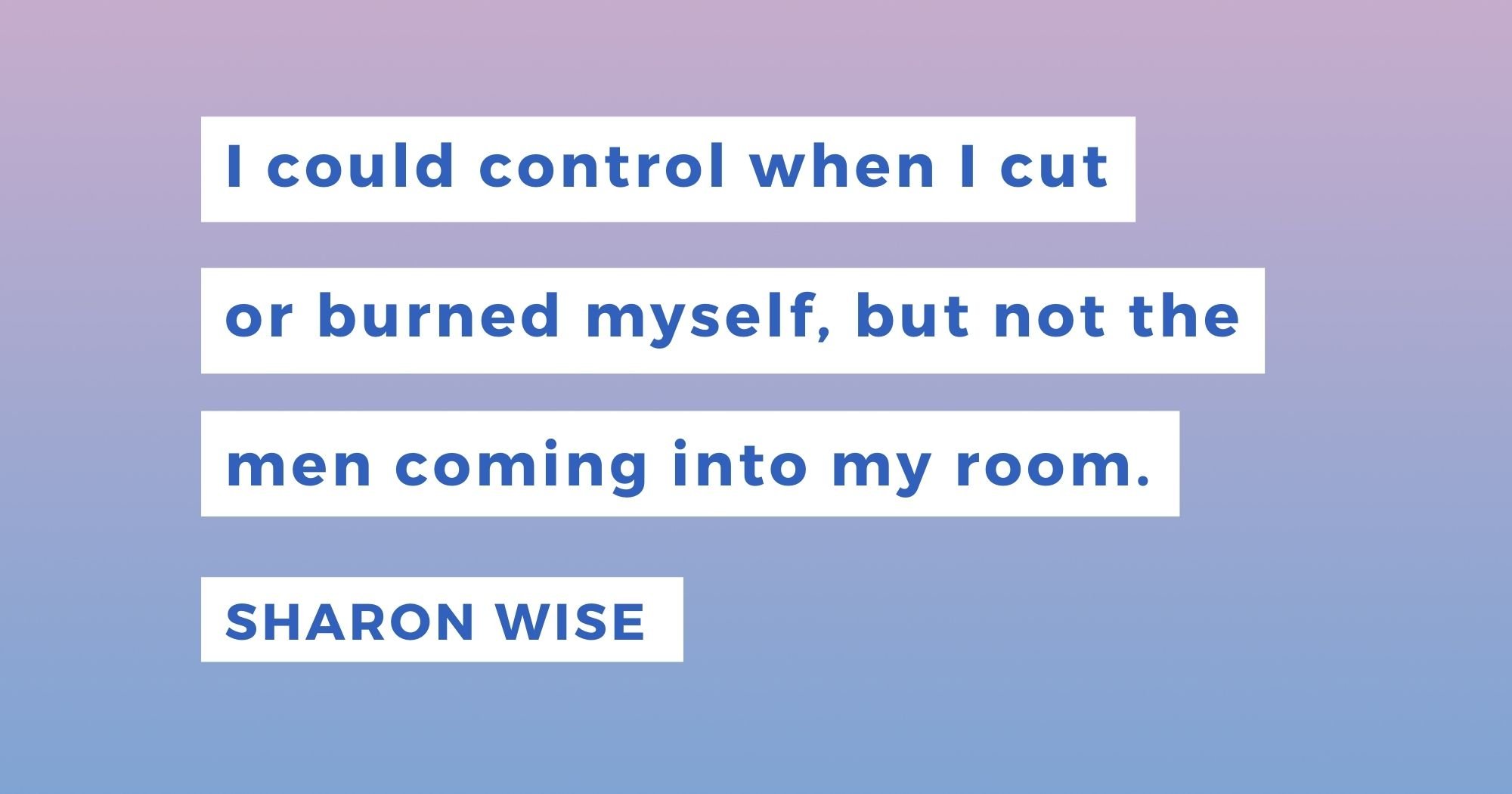 Although I was dealing with the surface topics of my life in psychotherapy, I had some old roots that began to spring up like gray hairs. I began dating a young man and the issue of children came up and he asked me if I had any. At first I thought to lie, but decided I could no longer hide behind my past if I wanted to gain a better future. The truth will certainly set you free, and you can’t save your ass and face at the same time. I told him that I had a past and my children ended up in foster care.

His reactions of shock and the things he called me and said to me made me feel like cutting myself, and at that time it had been years since I did. But it also woke something up in me: the feeling of emptiness from losing my children. I contacted my mom who helped me get the paperwork completed and got my son back full time. I was excited, but the old behaviors, wanting to practice self-harm were back. Self-harm isn’t always physical, it can be emotional, and lots of mine was. My practice became seeking someone out to victimize me in the area in which I hurt the most, lack of love, emotional security, and self-confidence.

​I have won awards for writing and community service all over the world and sat at lunch with people we all see on television and film. But for some reason my life is so lonely. It has been fifteen years since I have been in a relationship of any kind. I have wonderful friends that love me and that make certain I know they “feel me,” but I don’t have that special someone who you think about their smile or you smell them long after you leave their presence.

After years of being used, I wanted to clean my body of all the men who touched me and hurt me, so I became abstinent. 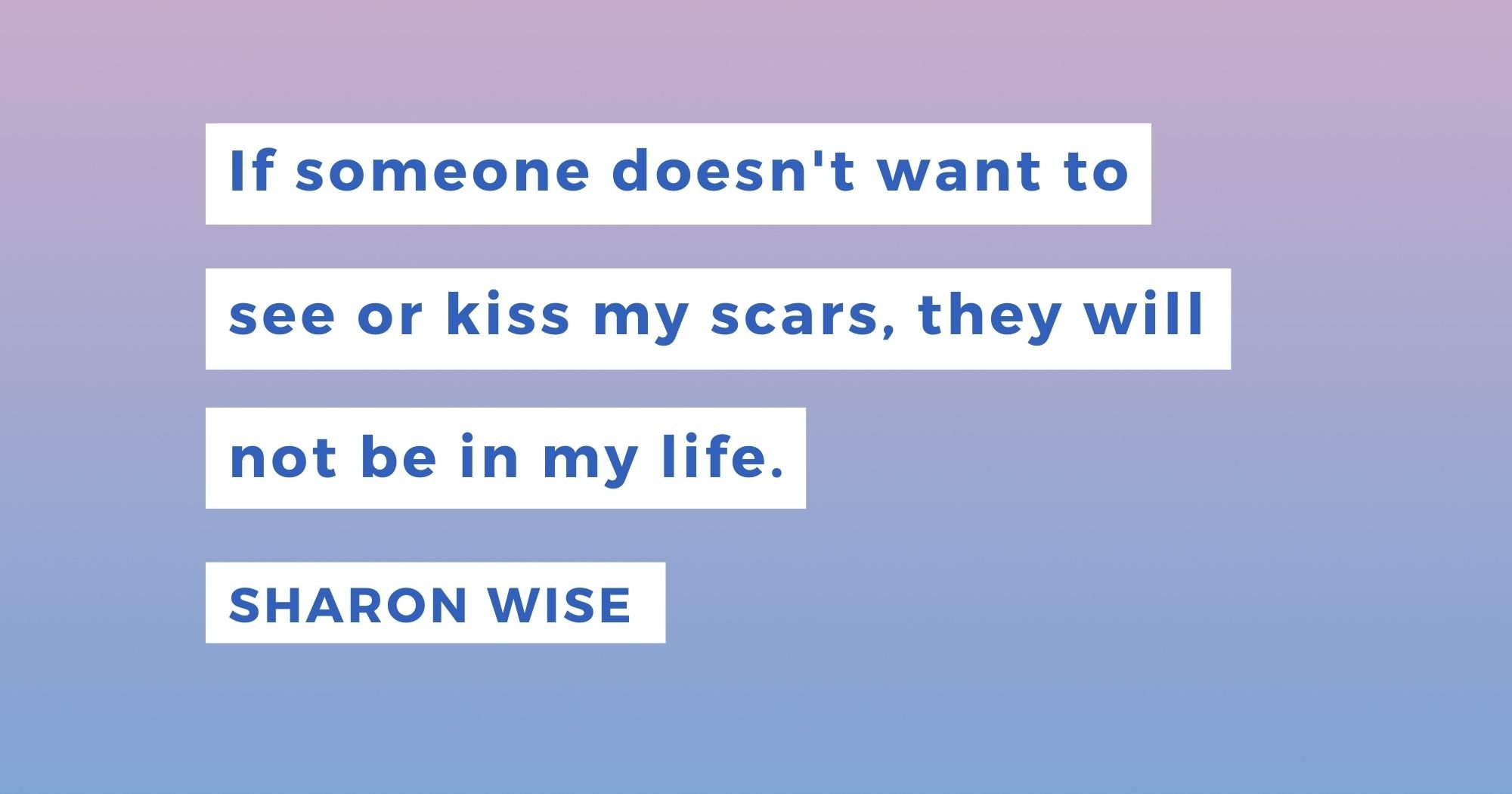 Just prior to that, I had a man in my life who was emotionally and verbally abusive. Once we went out and several people commented about my dress and the glass beads I placed in my hair. He smiled with everyone who was brandishing the compliments, but the car ride home was silent. I kept asking what the matter was, but he said nothing. When we arrived in front of my door, he screamed at me and scolded me like some school girl.

“The next time some guy gives you a compliment, you tell them you are with me!”

I looked at him and for the first time in the seven years I was involved with him and said, “You were there, why didn’t you tell them I was with you?” 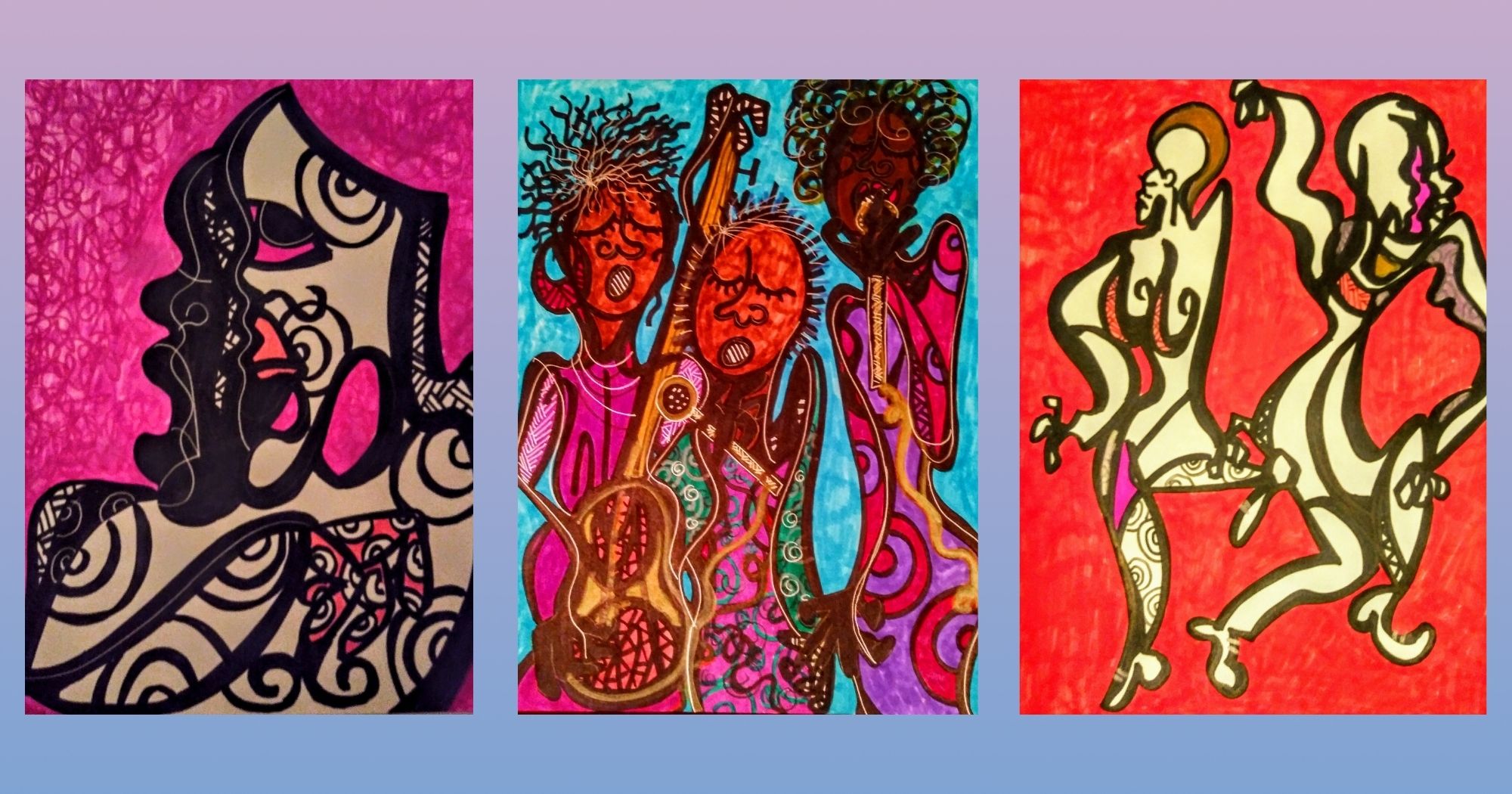 I then got out of his car and never called him again. He would call me with the sweet nothings and the “nothings” were loud and clear. I should’ve seen the signs sooner. I always thought “with all of the scars, cuts and bruises on my body, he still wants to be with me.” I didn’t care if he abused me because I “abused me” too. I thought I deserved it.

When I got out of his car that evening, I never looked back and began to journal about that night. I wrote down how I felt, how I smelled, and how I got out of this degrading cycle of being with someone who doesn’t love my scars like I do or ought to! It used to be, I would not reveal my scars or share my real last name because I felt if someone saw them or knew about them they would not want to be around me. Now I am fearless and wear short sleeves, dresses, and shorts for the world to see the beautiful scars that are now pieces of art. I have sold my art and it hangs all over the world which gives me a new found confidence. If someone doesn’t want to see or kiss my scars, they will not be in my life.

Sharon calls herself a “Surviving Spirit”. Through advocacy she’s shaped policies and laws that serve others to include her homeless outreach. As a Consultant her clientele includes national partners and she’s won awards that speak directly to her work and accomplishments. Sharon works with her son Theodore “DJSwagg” Wesby, III, as a Writer for Independent Artist. Sharon is a filmmaker and author of several children’s books.