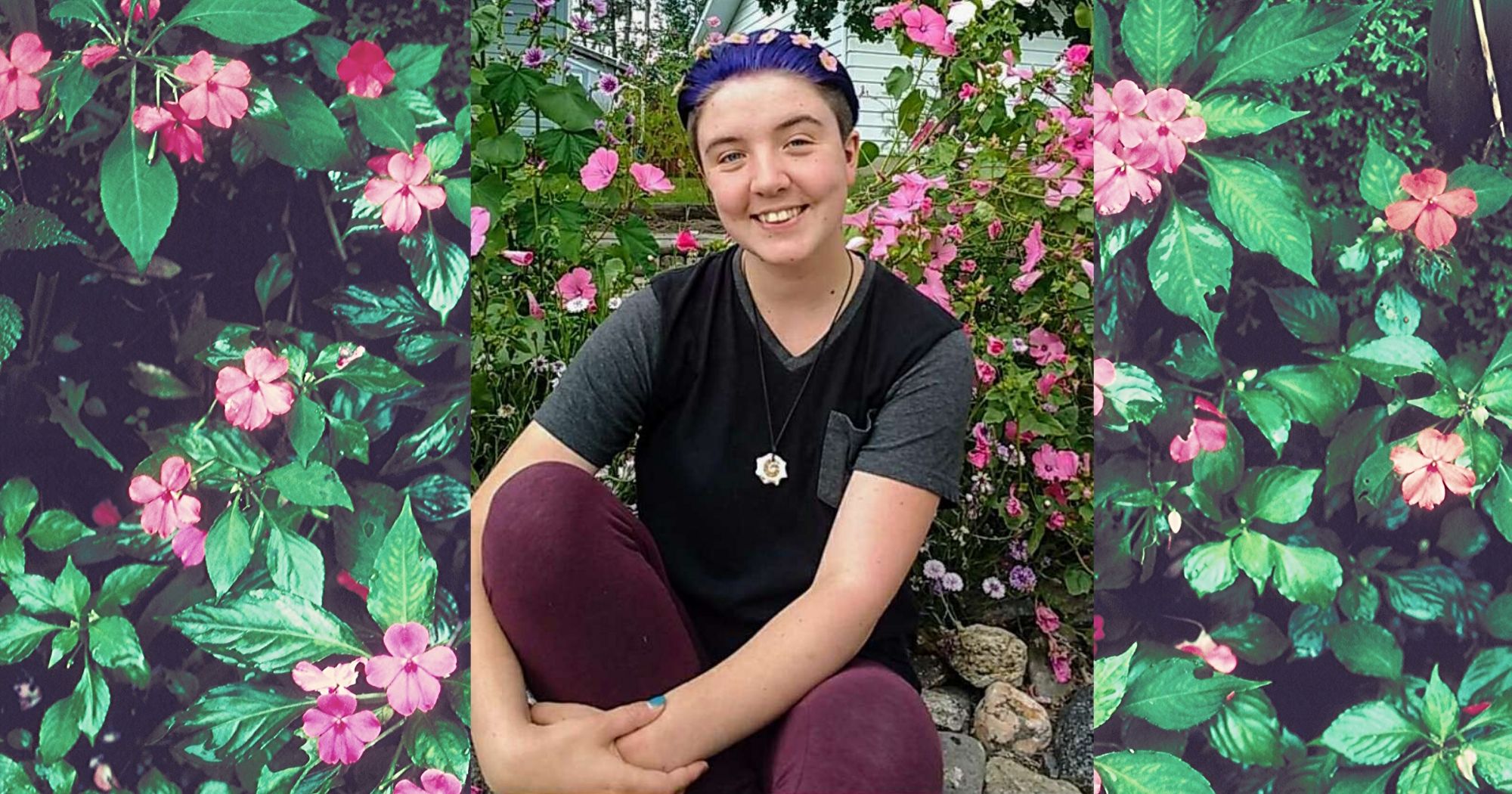 That’s The Tea on OCD: Learning to Live with Obsessive Compulsive Disorder

My name is Hannah Rose. I’m an aspiring author and a first-year university student. I have blue eyes, a really loud laugh, and… oh, yeah; a chronic mental illness that messes with my head pretty much constantly. Wanna be friends?

I’ve had OCD my whole life, but I didn’t realize it until last year. Growing up, I didn’t think that my habits were unusual. It seemed normal to like some numbers more than others (when I listened to music, it had to be at volume intervals of five), or to need to make things “even” (ten right-footed jumps would necessitate ten left-footed jumps, or else…). I told myself that all of these things were just quirks, and they weren’t any cause for concern. I was able to believe that for sixteen years. 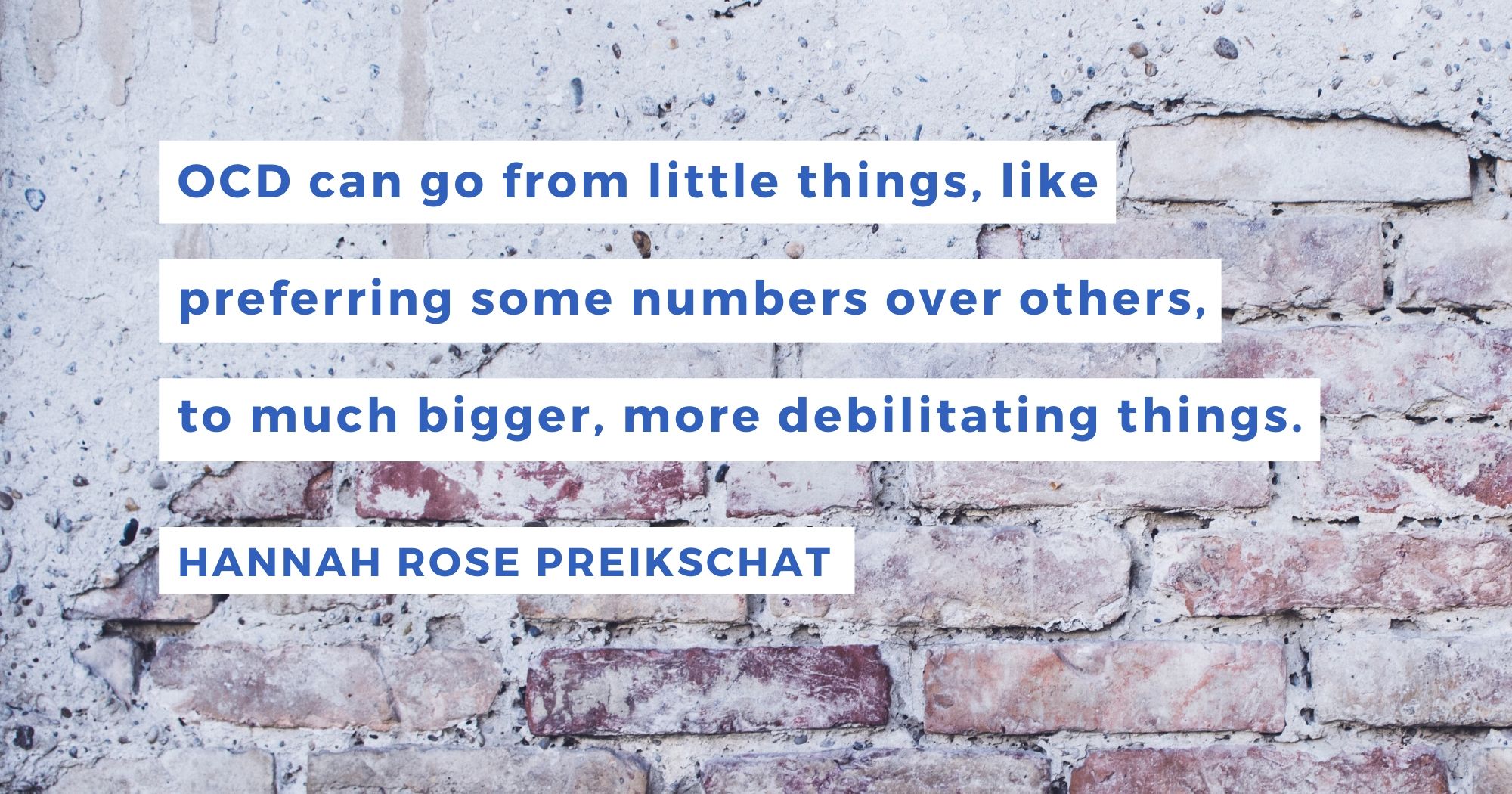 Sometimes, when a person has OCD, some triggering event can make it much more noticeable than it was before. OCD can go from little things, like preferring some numbers over others, to much bigger, more debilitating things. My OCD was like that. Last summer, when I was sixteen, I had a lot going on. I was in the midst of relationship problems, friendship problems, and a whole bunch of other problems. I wasn’t getting along with my family, I didn’t like myself all that much, I was angry and defensive a lot of the time. I can’t really pinpoint which of these things was a trigger for my OCD; it might have been a combination of all of them. Regardless, one day something in my head changed and I suddenly found myself in a very dark place.

I have a kind of OCD called Pure O, which is where most of my compulsions are in my head. Some people with OCD turn the lights off and on a certain number of times before walking into a room, or they might brush their teeth twenty times a day. For me, things became very thought-based. My obsessions were extremely disturbing intrusive thoughts (mostly centred on harming myself or others). My compulsion was a need for constant reassurance. Every time an intrusive thought popped into my head (for example, “I’m going to drive into the ditch going 100 km/h” or “I’m going to stab somebody with a kitchen knife”), I’d aggressively try to counteract it with thoughts like, “I would never do that” or, “I’m a good person” or something else along these lines. What I didn’t know at the time was that, when you try to get rid of thoughts, they come back more aggressively and more frequently. 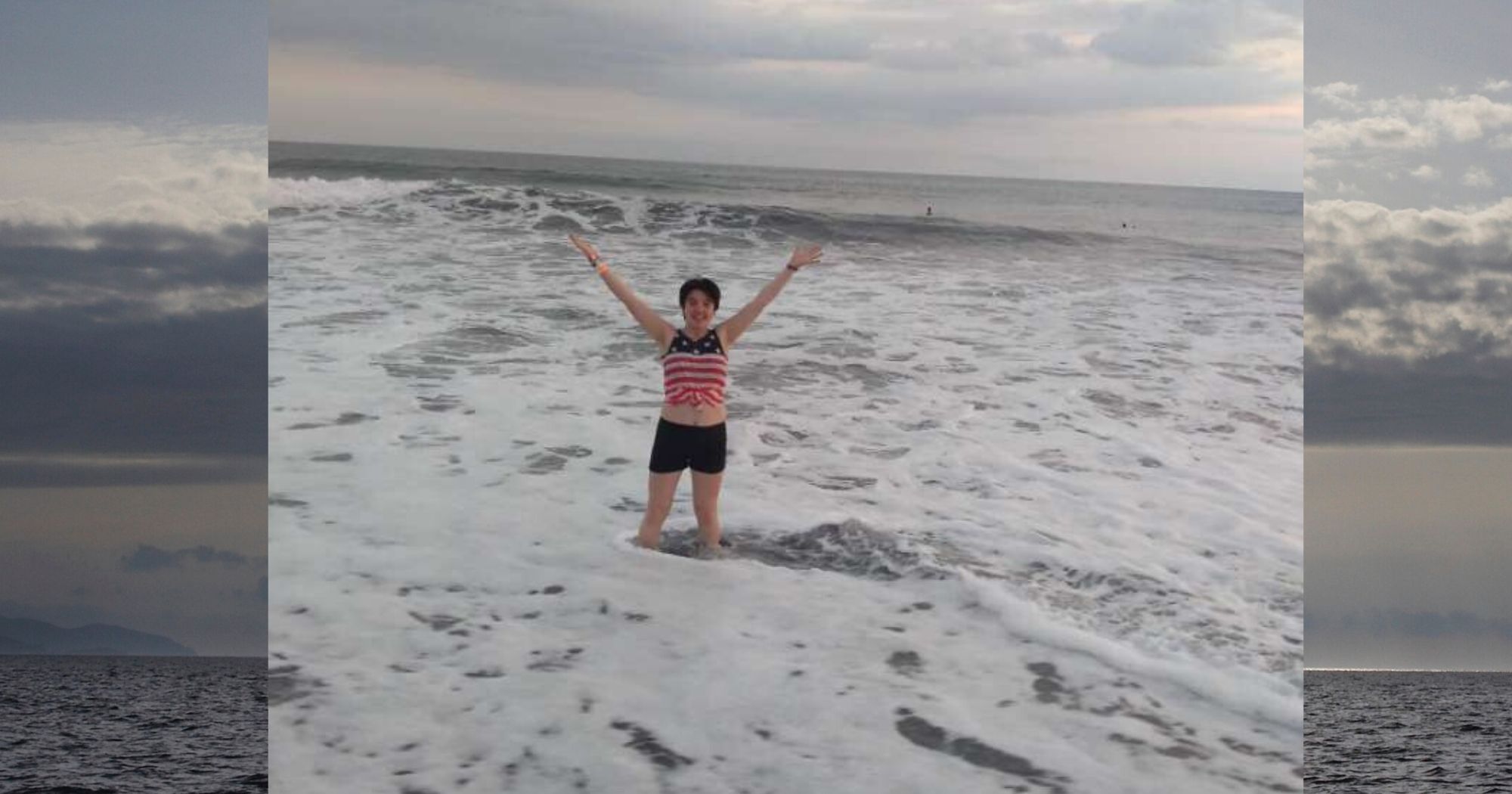 I had actually started seeing a therapist a few weeks before my OCD got really bad, because of all the stuff going on in my life (like the relationship problems and self-esteem issues). I still cannot believe how lucky I was to get such an amazing therapist. She was incredibly good at making me feel heard, and I felt comfortable enough around her to tell her about my intrusive thoughts when they started to occur. I had been doing some research on the internet about the kinds of thoughts that I was having, so I was able to tell her that I was pretty sure I had OCD. My therapist got me to start Cognitive Behavioural Therapy (which is used to combat thought distortions, such as “I am a horrible person” or “things will never get better”) and Exposure Response Therapy (which is basically exposing you to things that your OCD makes you scared of, such as knives, until the fear of that thing goes away). She also got me an appointment with a psychiatrist who gave me an official diagnosis for my OCD. 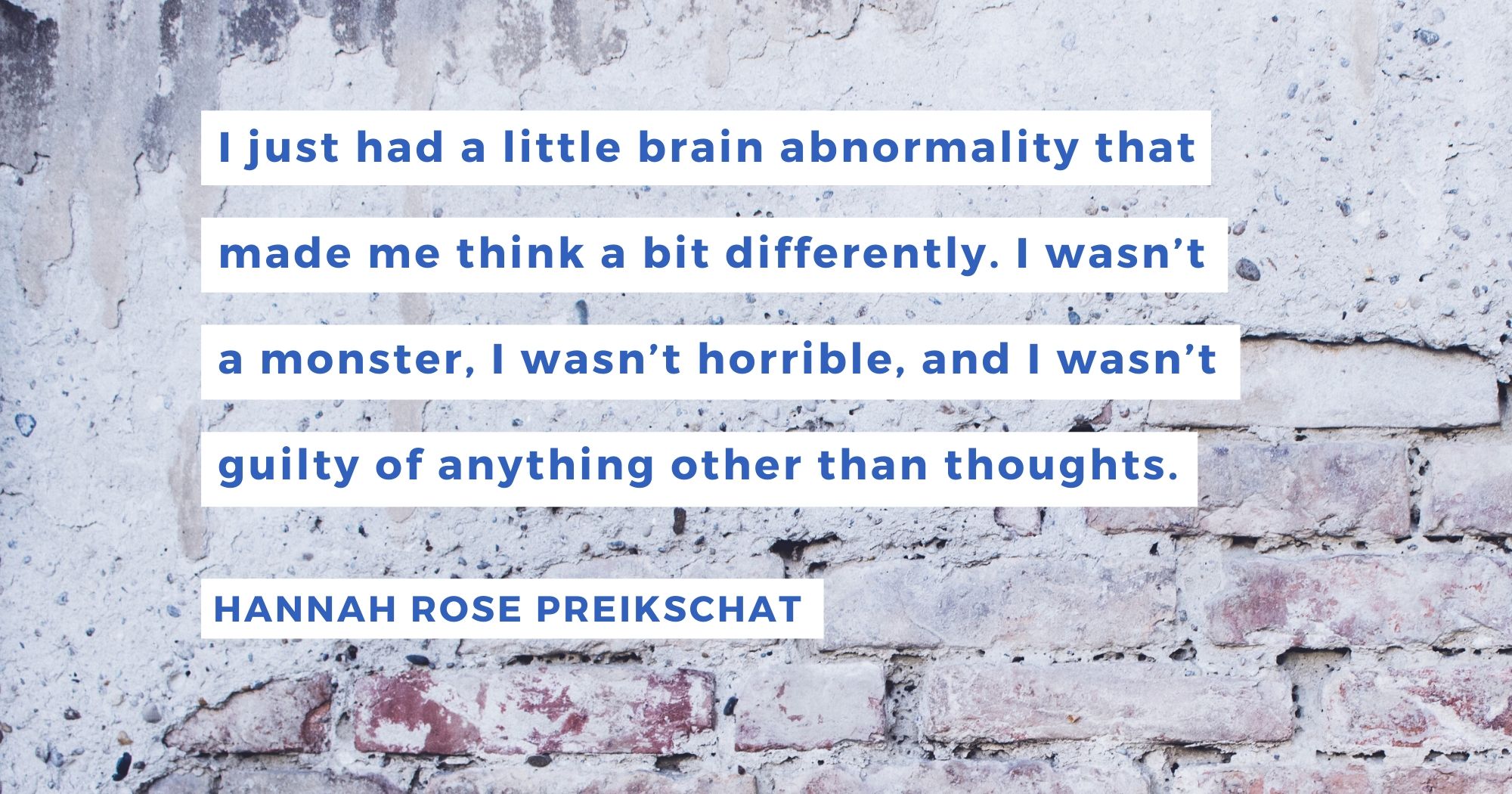 When I got the diagnosis, I thought that the worst was behind me. It felt so good to know that I wasn’t having intrusive thoughts because I was a bad person, or because I wanted to actually do the things I was thinking about. I just had a little brain abnormality that made me think a bit differently. I wasn’t a monster, I wasn’t horrible, and I wasn’t guilty of anything other than thoughts. Knowing all of these things, I felt pretty confident that I’d “get better” right away. Now that I knew that the thoughts in my head didn’t actually represent who I was, I thought they’d be easy to ignore and I’d be back to living my normal teenage life again.

Unfortunately, I learned very quickly that OCD, like many things in life, gets worse before it gets better. As I started going to therapy and I practiced “sitting” with my thoughts instead of trying to force them out of my head, my OCD symptoms got much worse. New intrusive thoughts began coming into my head, often even stronger and more disturbing than the old ones. I felt stressed all the time, I was so worried that I was going to hurt someone or do something “bad”. I had a hard time falling asleep, and I couldn’t eat sometimes because I was so anxious. I started to think that maybe I didn’t have OCD, maybe these thoughts really were mine, because if it was OCD wouldn’t therapy be helping? Wouldn’t I be getting better instead of getting worse? 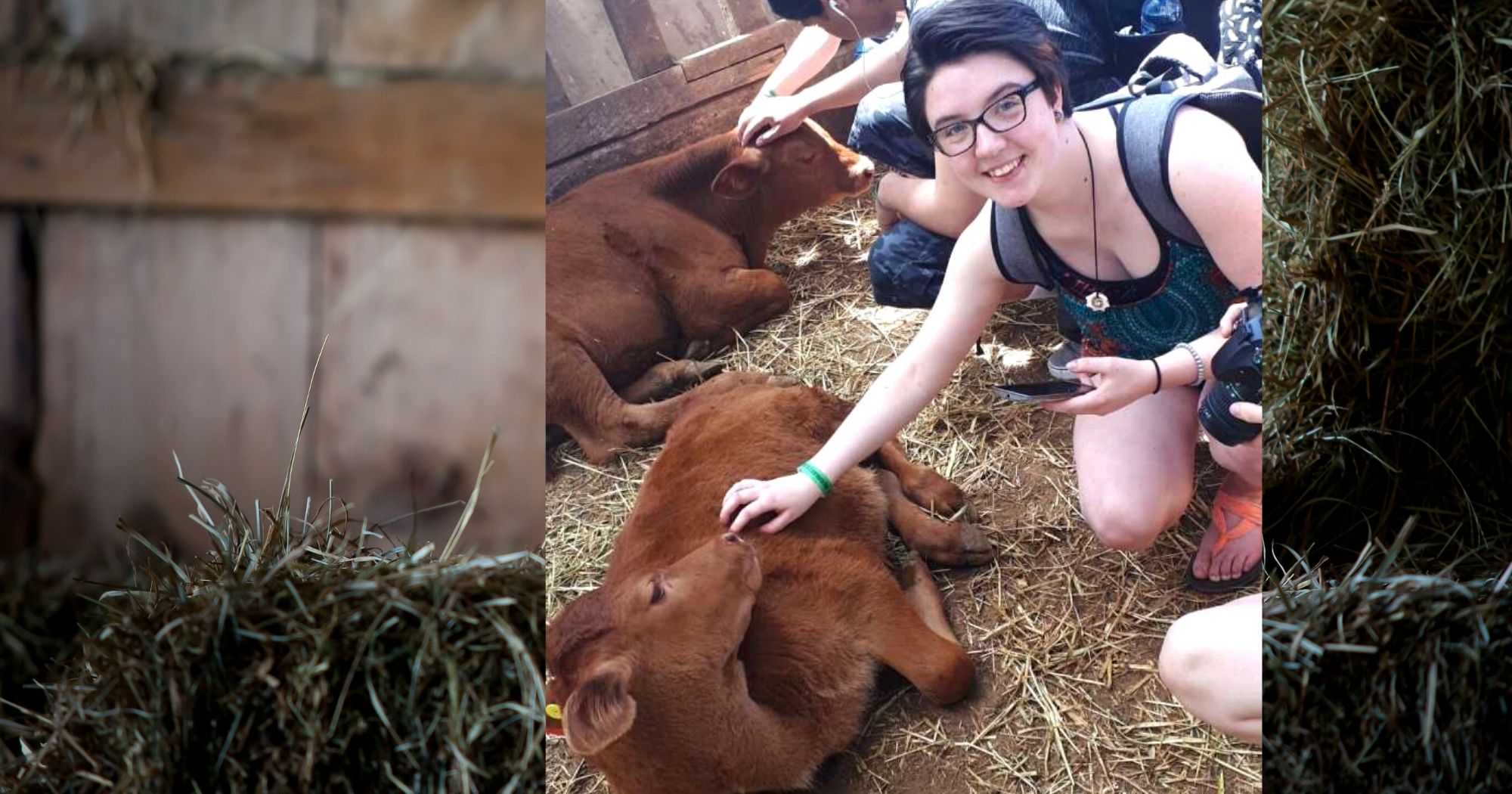 I think that, if you asked a lot of people who know me, they would tell you that they actually didn’t know anything was wrong with me last year. Some probably still don’t know. I didn’t know how to explain to other people what OCD was doing to me, but I was also scared of what they would think of me if I told them. We have come a long way in destigmatizing mental illness, but there are still a lot of negative connotations surrounding diagnoses like mine. I felt like, if I told people about my OCD, they would either pity me or be scared of me and both of those would feel horrible. So, for the most part, I kept it to myself. I suffered in silence, I isolated myself a little bit, and, to be completely honest, a lot of last winter is a blur because I was so focused on holding it together all the time that I didn’t really take much time to enjoy anything. I cried a lot, I wasn’t getting enough sleep, I lacked motivation, and my moods fluctuated. I was anxious most of the time, and I had a hard time paying attention to things because I was so intent on trying to quiet down my thoughts. A lot of the time, I just felt empty. I felt like I was just playing a part that people wanted me to play, instead of actually living. I smiled and joked as much as I could but, usually, my heart wasn’t in it. 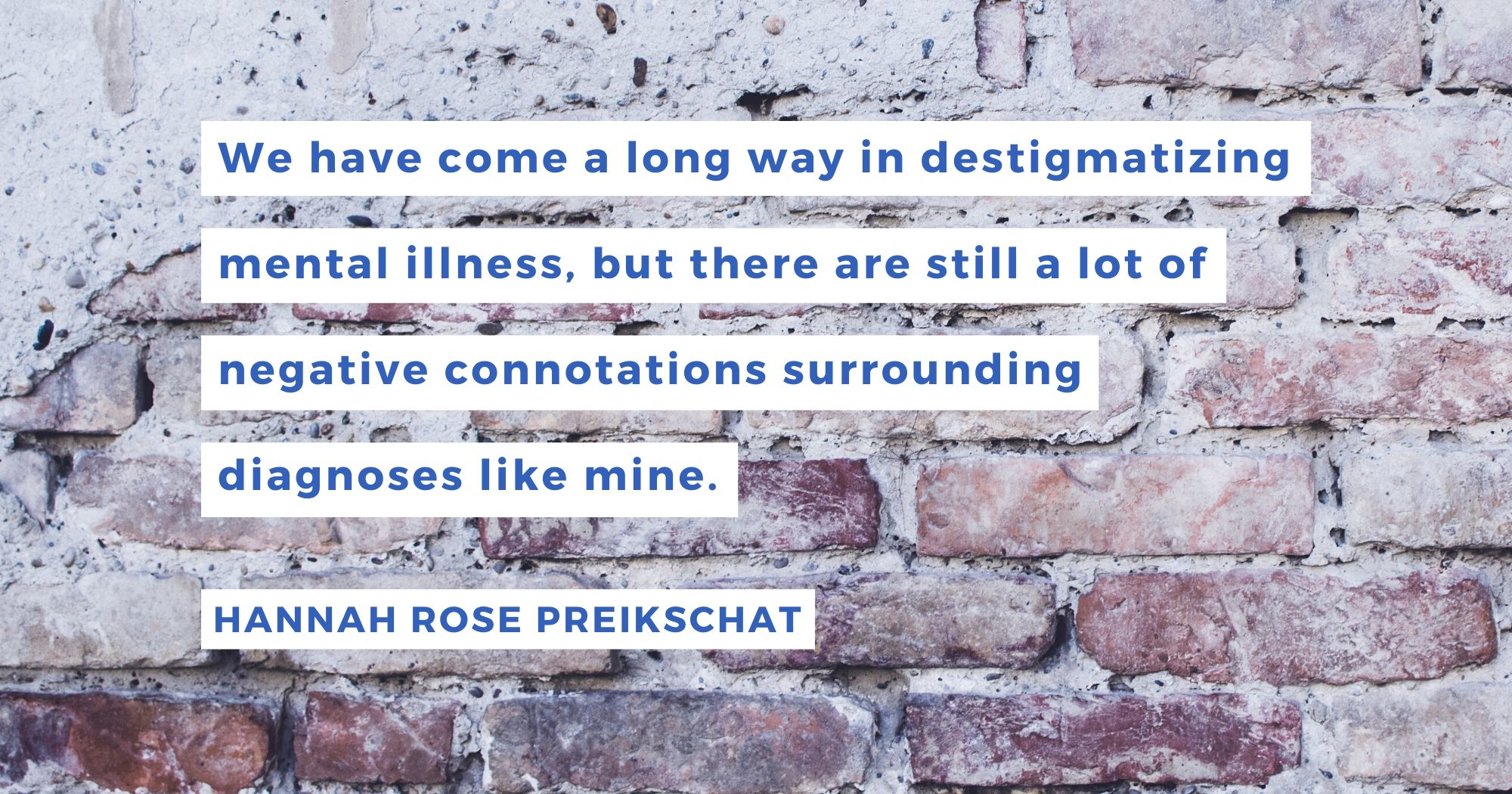 Recovery was a very slow process for me and it usually felt like I wasn’t making progress at all. Sometimes I thought that things were getting better and then, suddenly, I’d be right back at square one. I don’t know when things began improving, or when OCD stopped having such a powerful hold on my life. However, now that it’s been around a year since my diagnosis, I can look back at who I was then and see how much I have improved. For one thing, I don’t find OCD as painful to talk about anymore. I have told my family and most of my close friends that I have it, and it doesn’t feel like such a shameful thing to have anymore. I have written poems about my OCD as well as a website article, and I’m currently thinking about writing a novel where the main character has OCD. As much as I’d love if my OCD just suddenly went away someday, I’m also coming to realize that mental illness is not a shameful thing to have.

There are so many other little ways that I notice my recovery every single day. I’m becoming more and more capable of sitting with my intrusive thoughts instead of trying to push them out of my head. I no longer avoid people or situations when I’m scared that I will hurt someone or do something wrong. I had my last therapy appointment a few months ago. I’ve been able to make lifestyle changes (for example, getting more sleep and journaling) that have made my OCD more manageable. All of these may sound like little things, but they are huge accomplishments compared to where I was a year ago. 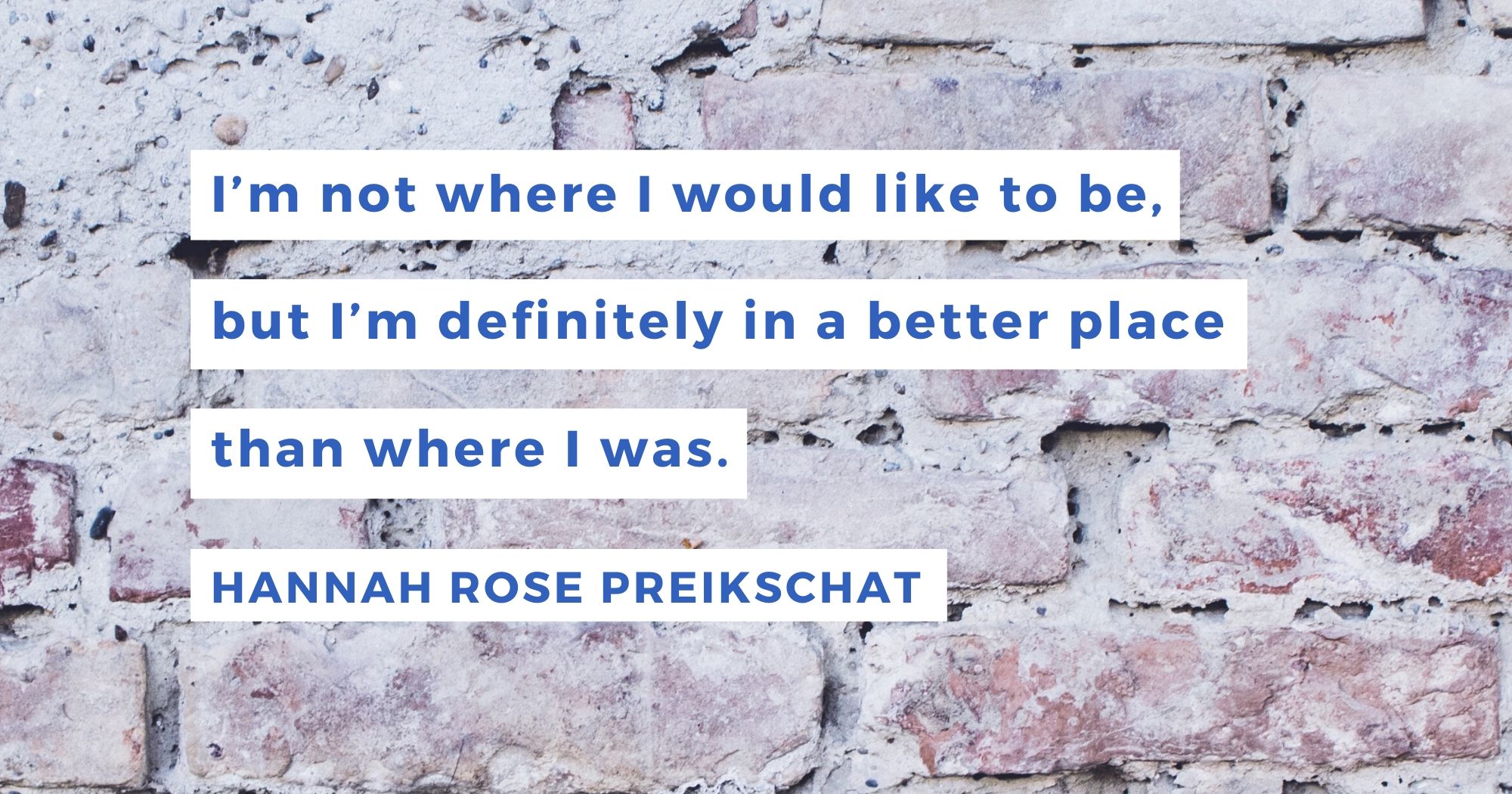 I still wish that I was further along in my recovery all the time. It would be nice if I wasn’t scared of relapses, or of encountering a new trigger that might set off a whole new round of intrusive thoughts. There’s still days when I’m worried that it’s not OCD, and that I’m just a bad person. I’m not where I would like to be, but I’m definitely in a better place than where I was. 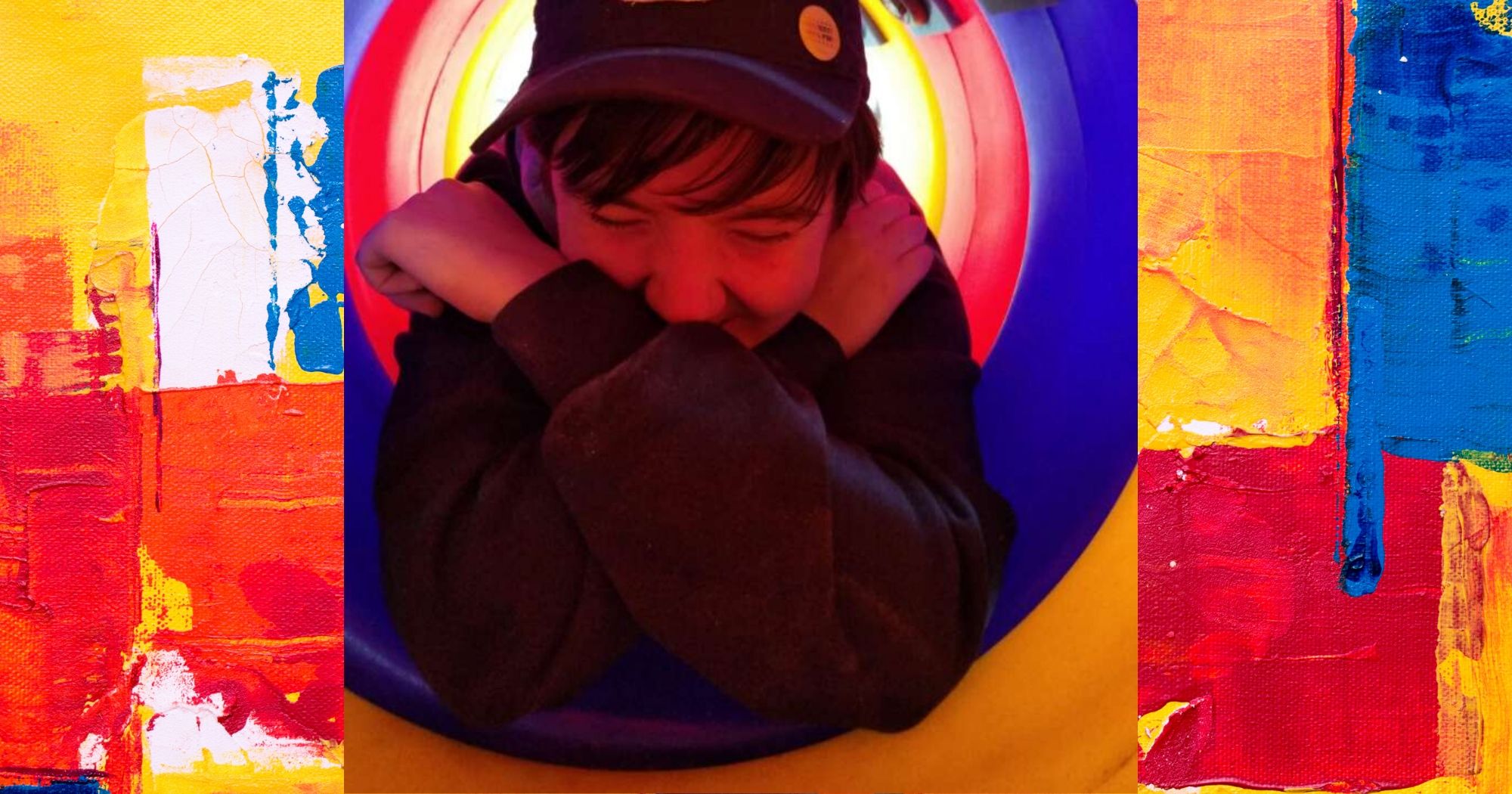 OCD still affects my life every single day. I still regularly deal with intrusive thoughts; I still get overwhelmed and cry sometimes because mental illness can be a lot to deal with. There are still times when OCD is so exhausting that I just need to have a nap or watch TV for a while and take some time to recharge. I don’t think that these things will ever go away completely. After all, OCD is chronic. I’m going to be overcoming it for the rest of my life. However, I am optimistic that I will continue to improve and OCD will become easier and easier to manage. For the first time in over a year, I am excited to find out what the future will hold for me.

Hannah is a teenager/sleep enthusiast/writer extraordinaire living in northern Saskatchewan. Her biggest interest is writing poetry, and she often writes about her experiences with mental health and mental illness. In the future Hannah is hoping to travel, learn how to play the piano, and write a lot of books.

For Rachel Davis, a doctor with OCD, every moment of every day is about managing her symptoms so she can function, live, and thrive.