Kevin Hines Teaches Us That Being Well is an Art in Suicide: The Ripple Effect - OC87 Recovery Diaries 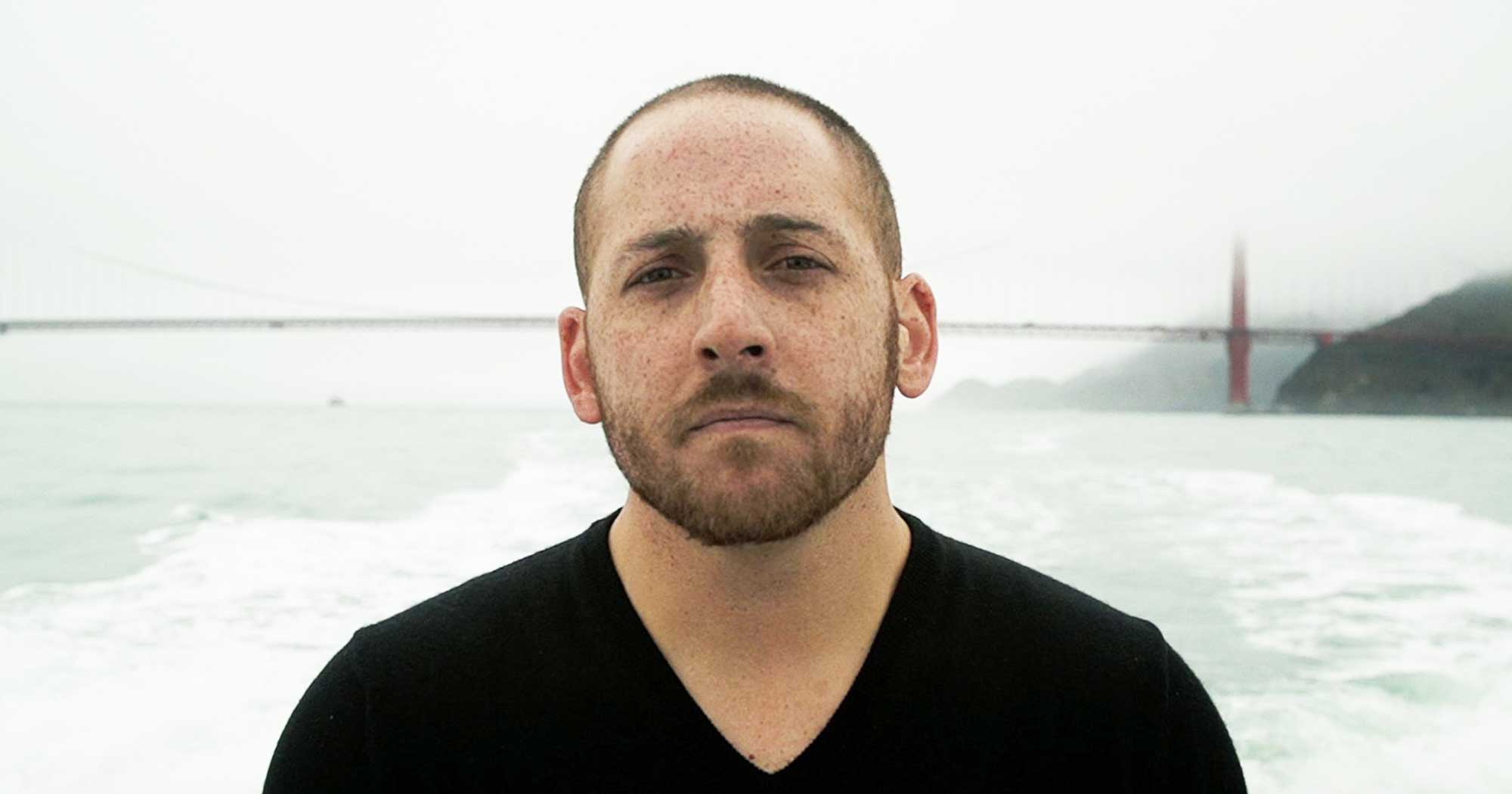 There’s an epidemic that takes hundreds of thousands of lives in every part of the globe, and Kevin Hines feels it isn’t talked about enough. Taking almost 800,000 lives a year, the epidemic is suicide, something Hines knows about first-hand. In Suicide: The Ripple Effect, Hines recounts the tale of his suicide attempt when he was nineteen years old, and then embarks on a journey to offer hope to others who may be struggling, and to hear stories from mental health advocates like him.

The film opens with a long scene juxtaposing images of the Golden Gate Bridge along with Hines’ retelling of his suicide attempt in September, 2000, when he leapt off the bridge, falling over 200 feet into chilling water after years of battling depression and bipolar disorder. Hines is part of the fraction of a percent of jumpers who have survived this fall, after being rescued by the Coast Guard with a broken back. This story serves as sort of the backbone of the film, with many scenes weaved throughout the film of Hines reflecting on that day.

The only problem with that backbone, however, is that it is more of an anecdote—albeit, a very a poignant and powerful anecdote—rather than a force that can carry an entire film. This is the primary problem with the film: it is unfocused, without a concrete mission statement, so it drags in multiple directions without really answering a central question.

And perhaps that is unfair to Hines, for whom this was a debut as a writer and director. It is important to ask ourselves, as a society; what may we expect out of mental health advocates? Obviously he can’t be expected to solve the issue of suicide in the world. He can only speak to his experience and what helped him recover. Other than that, he can seek out experts and other advocates, and listen. So that’s what he does. Hines dedicates a healthy portion of the film to travelling the world, and hearing what others have to say to about the ways people can help combat this epidemic.

That’s one of Hines’ main points—most people aren’t talking enough about this epidemic. We aren’t listening to those who are in pain. That manifests itself in a few ways. The first is that many people are scared to talk about suicide and mental illness. No one brings it up (neither individuals with mental illness nor their support system) until it’s too late. Is it taboo to speak about? Too uncomfortable? Most of the speakers in the film make the point that society needs to become much more comfortable sharing struggles of mental illness, a message that we also stand by at OC87 Recovery Diaries, where we try to dismantle stigma surrounding the topic.

The other half of that, however, that is immensely useful to a viewer of the film, is that Hines and others repeatedly encourage others to reach out, unprompted, and ask their loved ones if everything is okay, even when they seem fine. This is a wonderful, practical tool for people to walk of the film thinking about. Without this message, the film probably would have felt a bit unproductive. It already felt a bit disjointed, but having that common message appear organically across a number of interviews makes it flow a bit better. 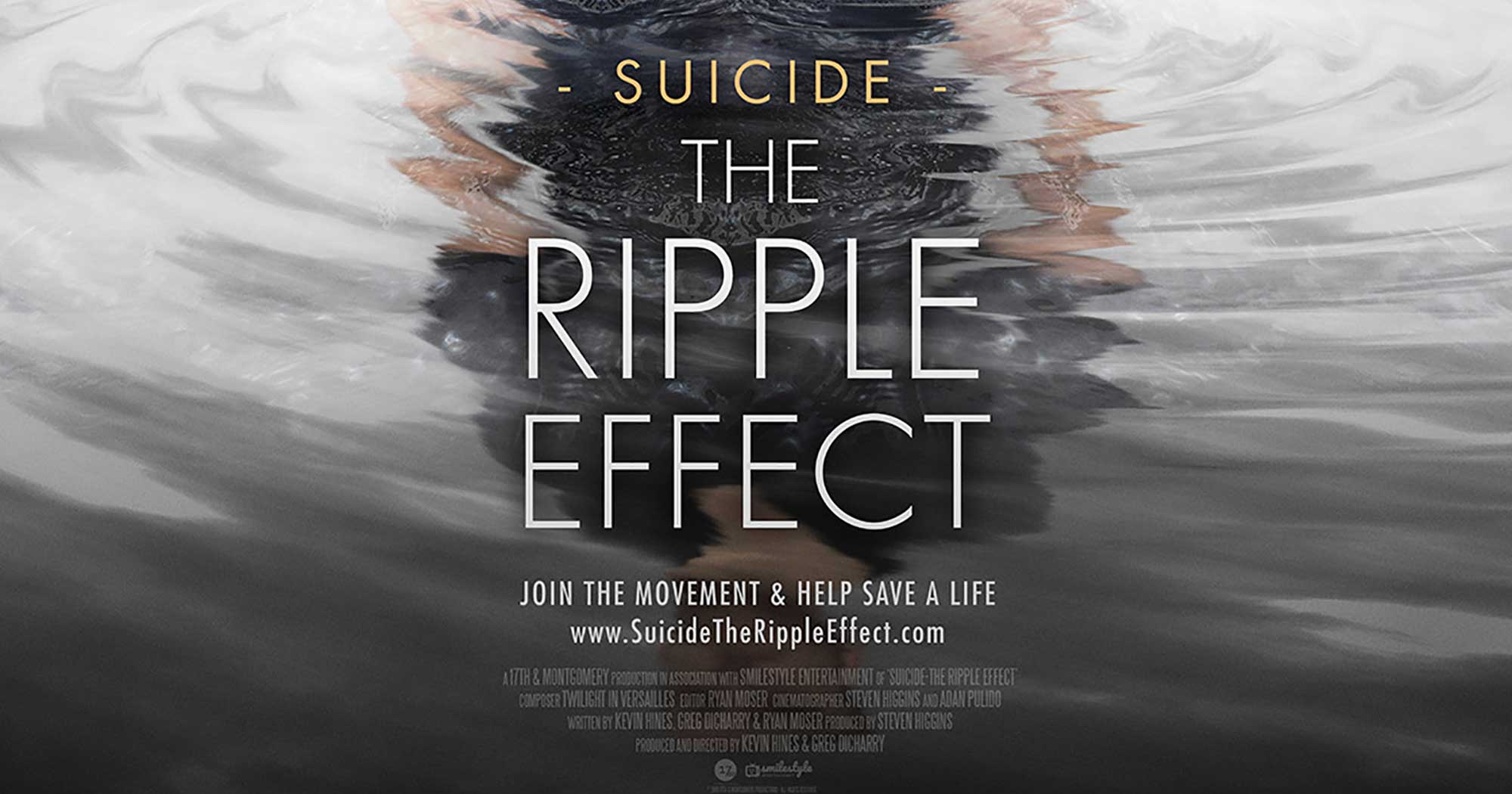 The only way Hines could have improved on this, was if he (or even better, an expert) offered more of a technique for what to do once someone has said, “no, I am not okay.” The film and its website offer numerous outside resources, but no script of how to act in this situation.

One of the most heartbreaking parts of the film is the recurring theme of guilt; from survivors for worrying those around them, as well as guilt from family members and friends who felt they failed. So many times in the movie, Hines listens to people say some variation of, “what could I have done differently?” Hines does a wonderful job of being an active and sensitive listener, who inspires others to open up. He gives a few definitions to “the ripple effect” of suicide, one of those ripples is the sadness and guilt that reverberates after a suicide. His other definition is a more positive ripple, where he uses his suicide attempt as an opportunity to benefit the world.

That’s another example of one of the problems with the film, though. The fact “the ripple effect” isn’t even explicitly defined means that the film has no compass pointing North. It’s more of a premise without a goal. 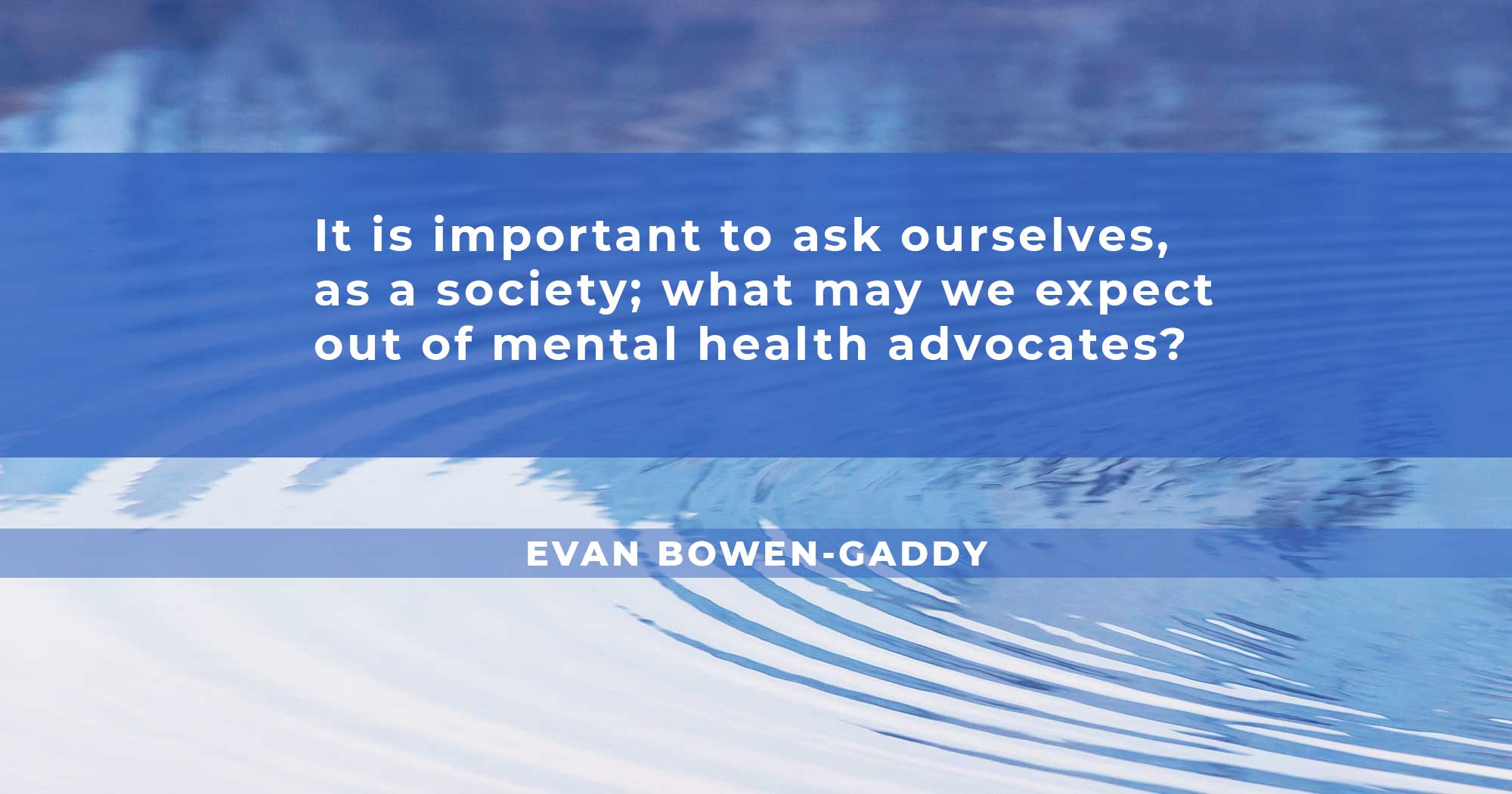 Hines does bookend the film with the story of a campaign to put protective nets under the Golden Gate Bridge, but it feels like more an afterthought than a guiding narrative for the film. Only one or two scenes touch on his (and others’) attempts to convince the city of San Francisco to put nets under the bridge, then, suddenly, the final scene depicts their victory as if it was the point of the film.

It’s hard to give Hines too much trouble for these flaws. He shares a lot of good stories and inspires many people throughout the film. As previously mentioned, he also offers up some positive tools for people to take home and improve their lives and the lives of those around them. It’s just that the film probably could have been episodic or some other format rather than trying to be a linear film.

Other technical problems included small things, like sound mixing. Sometimes the subjects of an interview are completely drowned out by swelling, intense music. Viewers are smart; they know the topics at hand are serious and upsetting and don’t need a soundtrack at every turn to remind them.

The cinematography was very impressive. The standout examples are views of the Golden Gate Bridge against stories from the Coast Guard, which help put the viewer in the headspace of one of these rescue missions. Another visual aspect that stuck out was the camera work in each interview. It seemed Hines and the other director, Greg Dicharry, set up at least three cameras in every interview, allowing for some movement and perspective-change in an otherwise static film.

Hines should be proud of this as his first attempt at a film. It probably doesn’t need to be in the feature film medium specifically, and dragged a bit because of that, but this doesn’t necessarily harm the messages he is trying to spread. We need to talk about mental health more often, even when unprompted. “Being well is an art,” he says, at one point in the film. It’s just that finding the proper way to tackle that art is an awfully big question, so Hines did himself a disservice by not choosing a more specific question. 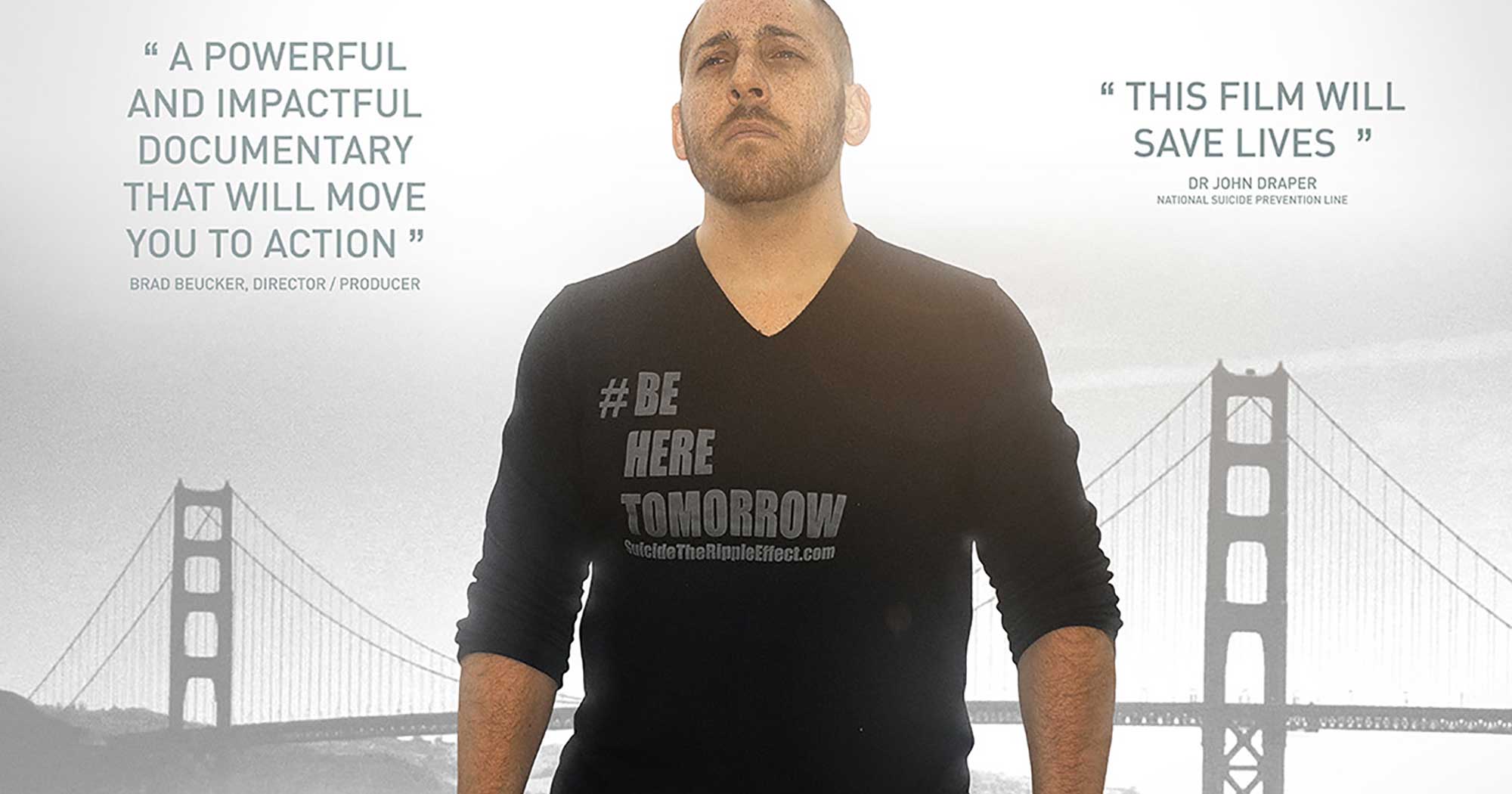 Find a screening near you »

Evan is a freelance writer based in South Philadelphia who enjoys covering data-driven stories as well as science stories. He is a recent graduate from Pitt with degrees in astronomy and English who currently interns with WHYY’s PlanPhilly. In the past, he has contributed to PublicSource, Pitt Med Magazine, and Drexel Magazine. This past year, he won a Student Keystone Press Award for some of his work with The Pitt News. When he’s bored, he tries to write fiction.

Ellen Forney has written a second graphic novel, Rock Steady: Brilliant Advice from my Bipolar Life, which leads the reader through her healing process.