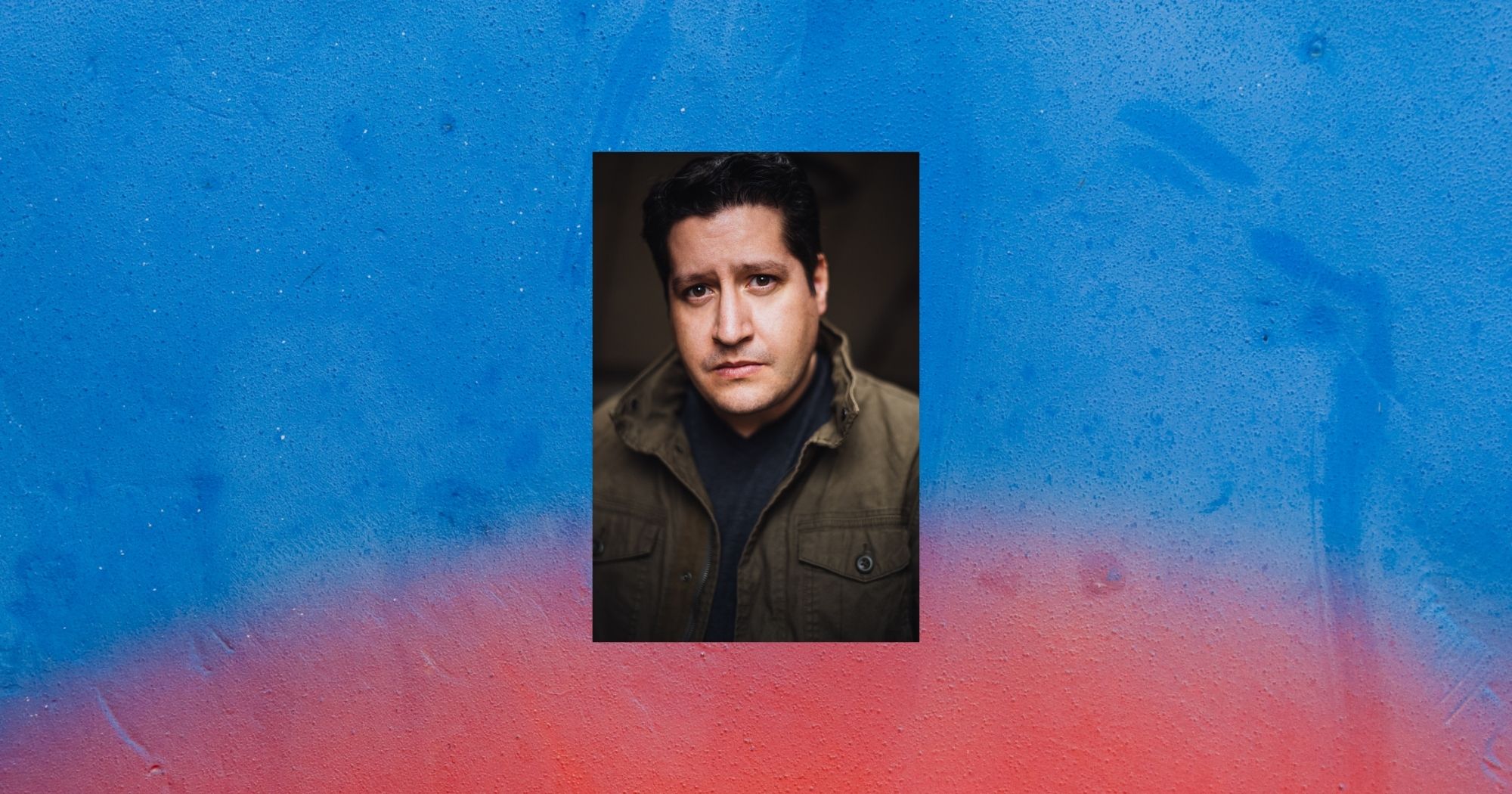 A year ago, I wrote about the day I became suicidal, and the subsequent months after, when I texted the National Suicide Prevention Lifeline and got help. I’ve been living with a bipolar diagnosis and I’ve been medicated for fifteen months. In addition—six months ago, I began taking medication to treat anxiety.

In the interim, I’ve gained fifty pounds. My sex drive has turned into more of a sex razor scooter ride. You could ascribe a lot of that to the pandemic. Like most people, I’ve been trapped in my apartment for the past year, severely limiting my exercise, social interactions, and thousands of steps lost from day-to-day normalcy.

I miss the smell of breakfast wafting over midtown every morning. I miss squeezing in a coffee catch-up with friends in the midst of a hectic day. I miss killing time somewhere before the next thing. Hell, I even miss hearing “It’s showtime” on a crowded subway. 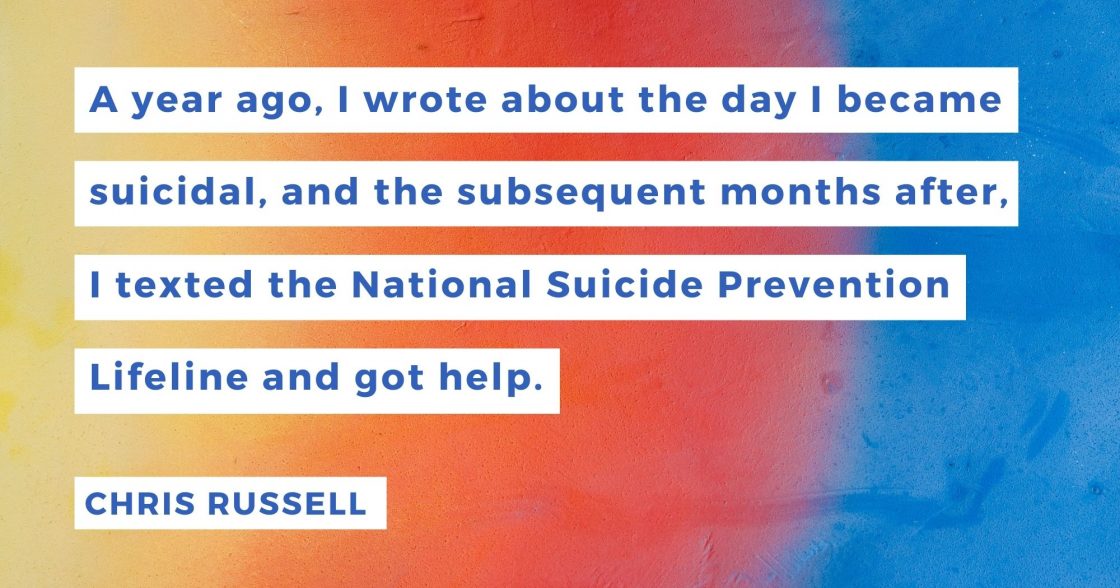 Those little nuggets of daily interactions have been replaced with the amplifying of all the imperfections of my living space—construction outside my building, an upstairs neighbor working their 3-11 shift from home, taking phone calls all night, with their voice thundering over my girlfriend and I, as we attempt to enjoy The Sopranos in peace. Every time I hear music outside my window, I feel shivers down my spine, I feel my heart start racing, the anxiety snake slithering up my leg.

It’s truly difficult to assess whether or not my mood stabilizer and my anxiolytic have taken effect. So, here I am, writing it down. Have I been suicidal since September 30, 2019, the day I called the Lifeline and got help? No. Thank God. Have I spent days unable to do anything more than lie in bed, and, maybe muster the motivation to stagger over to the couch? Too many to count.

Have I had panic attacks because my superintendent had his family in the courtyard area, while playing music at a reasonable volume, thinking that “they were going to be down there forever and what if in three years my girlfriend and I have a baby and it’s trying to take a nap and these motherfuckers are down there playing music and what the fuck isn’t he supposed to make us feel safe how could he do this to us…?” I think the answer is obviously yes.

In the “real” world (I put that in quotations because, well, what exactly is the “real” world now?), these pockets of anger, anxiety, and depression would likely be triggered by things like a belligerent guest at a party I’m bartending, a threatening character on the subway, and, I don’t know…life?

I got medicated in November 2019. It generally takes four to six weeks for mood stabilizers to take full effect. I lived on my meds in the previous world for about two months before the pandemic. I really wish I had more time with it, because I was truly beginning to see the progress. I’m grateful for the timing because the challenges of this past year may very well have been unsustainable without the aid of my meds. 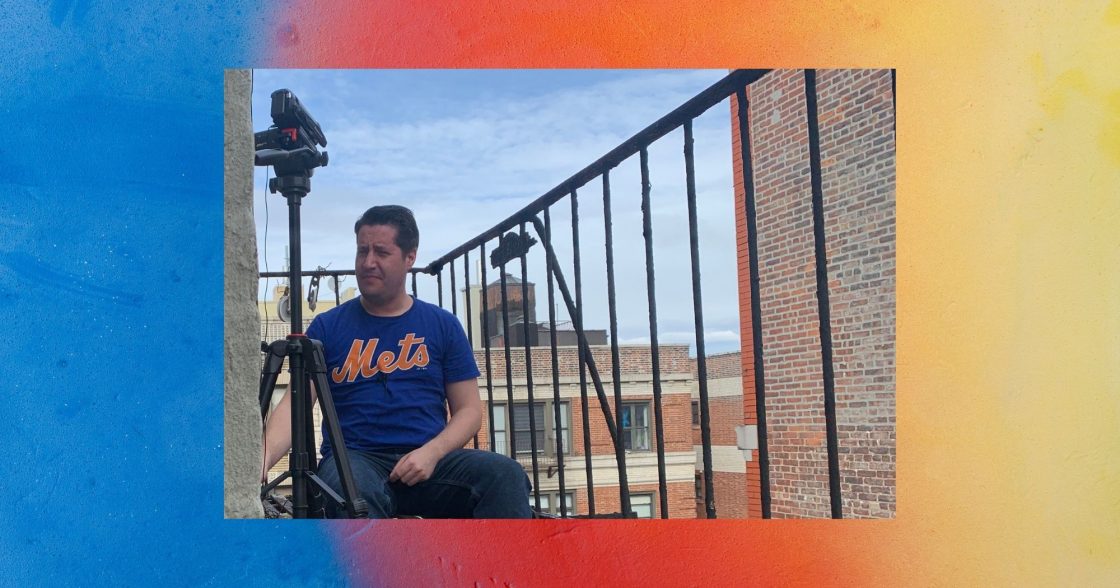 When I was 28, I was experiencing severe mood swings at work. Working as a doorman at a busy hotel in midtown Manhattan, I had a major inferiority complex and thirst for confrontation. I was recommended by a union counselor to see a psychiatrist due to my family history of bipolar disorder, depression, and addiction. The first doctor I saw threw a bipolar diagnosis at me while barely looking up from his computer. “Family history” was all he needed to hear.

What I needed to hear was “No, you’re just in the wrong job,” so I sought a second opinion. I went in with my answers slightly modified, less branches of the family tree linking me to my illness. The doctor grilled me for the amount of alcoholic beverages I had per day, but alas, did not believe I was bipolar. He sent me on my merry way, with an absolutely loaded cannon of unchecked issues. 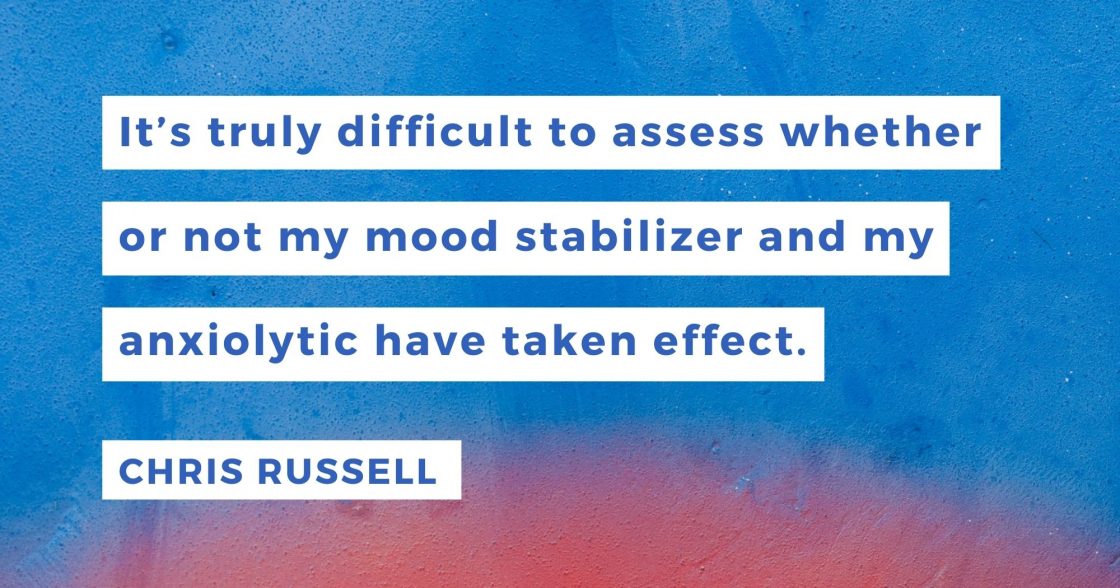 What I thought at 28: I’m a writer. How could I possibly start taking medication? That will stifle all of the wonderful things that flow through my fingertips when I spend all night in front of my computer, perseverating while writing a story about how my anger and unpredictability got me into yet another fight at work. I’m an actor. I need to be able to tap into my emotions. They are my bread and butter. I cannot risk numbing them.

What I learned at 35: Medication does not block me as a writer or actor. In fact, after writing or acting in a scene about something triggering, I’m able to tap out and remove myself once it’s over. I can still cry, recall feelings and sensations, and put myself in any place I want. My training and experience never went anywhere. What left were the unsafe methods in which I would use to produce these feelings. The constant self-punishment that was sometimes impossible to discern myself from before I got medicated.

What I thought at 28: I don’t want meds to turn me into a zombie, an emotionless drone who floats through life not feeling anything. I need to feel things. 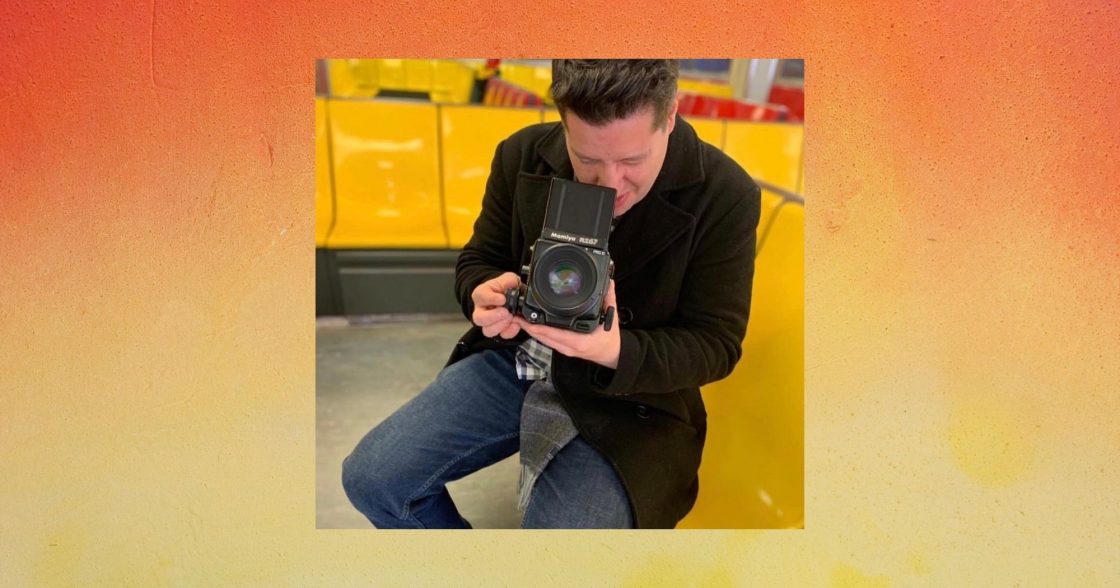 What I learned at 35: Sorry, fucko, but you still feel every goddamn thing that passes through you. In fact, you feel them ever more now. Why? Because it’s all slowed down. Years of psychotherapy, journaling, and now medication have given me the tools to realize these feelings as they happen. They allow me to witness it, instead of letting it consume me.

What I thought at 28: A bipolar diagnosis goes on my permanent record, and I’ll never get another job.

What I learned at 35: What permanent record?

What I thought at 28: Bipolar people in movies go off their meds and burn everything to the ground, that’s not me! 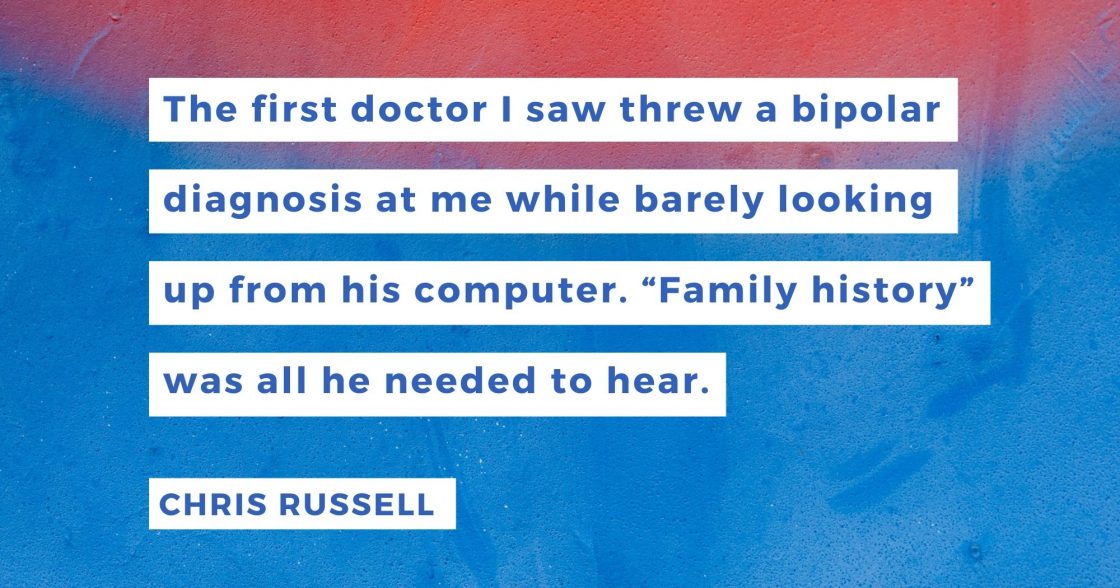 What I learned at 35: Okay, lots to unpack here. First of all, yes, there are people out there who stop taking their medication and act destructively. I’ve seen it firsthand with people I love. It’s scary. I can’t speak as a medical professional, but I can speak as an artist:

The portrayal of people with bipolar disorder in film and television is perpetually problematic. It’s far too often that a character struggling with a mental illness serves as the albatross to move the plot forward, and far too often their “going off their meds” is something that heightens the stakes.

I revisited my favorite television series of all time, Six Feet Under, while in quarantine. Seeing it through a much different lens than when the show wrapped in 2005, I was shocked to see how often the character Billy’s mental illness was used as the antagonist for an array of chaotic moments throughout the series, with the threat of going off his medication constantly looming. Hell, Netflix dropped a documentary this year called Crime Scene: The Vanishing at the Cecil Hotel, which spends three hours building up some faux ghost story, perpetuated by a bunch of idiot YouTubers, only to exploit a dead young woman’s bipolar disorder, treating her illness like a third-act, horror movie plot-twist, making sure to check every stigmatizing stereotype box along the way.

As long as the entertainment industry treats mental illness like Chekhov’s gun, people who live with it will be hard-pressed to feel comfortable speaking openly about it. 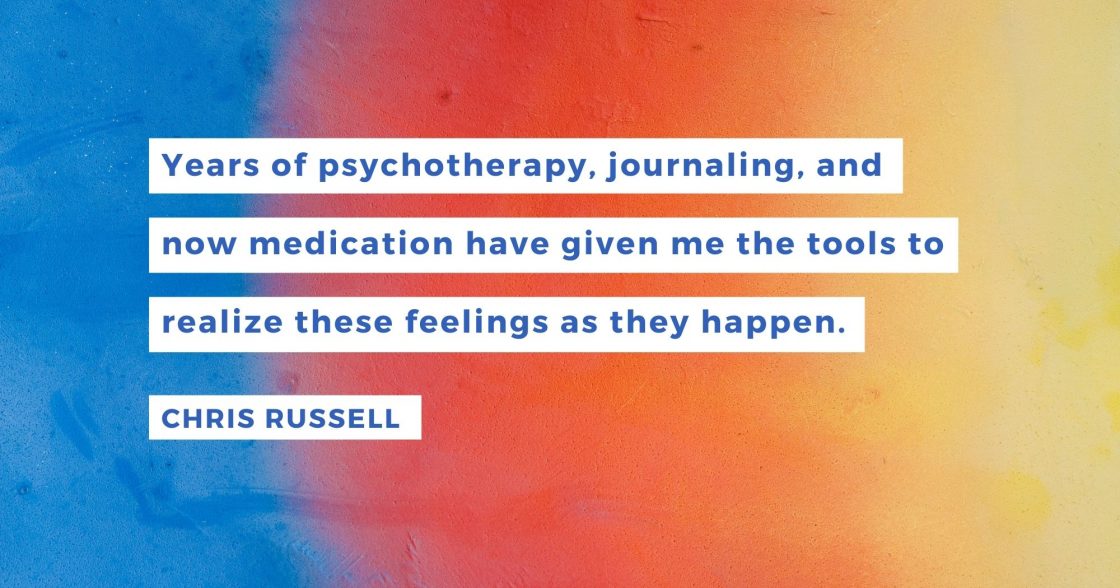 I don’t have all the answers. Never will. I quit my job on a whim to pursue a career as an artist in 2016 and racked up almost $20,000 in credit card debt in the process. Was it a bold move that paid off? Yes. Was it a sneaky form of mania? I think so, looking back on it. Since I started taking my medication, I can count on one hand the amount of times I used my credit card for something unnecessary, while paying off thousands of dollars worth of debt. (Wait…Should I have prefaced that with “I’m not an accountant”?)

I’ve committed to this life—making peace with my diagnosis while doing what is in my power to treat it—not skipping doses of my medicine, speaking regularly to a therapist, journaling every day, and talking openly about it… and, you know, diet and exercise stuff.

As I type this, my social media feeds are being flooded with “One Year Later” posts regarding the early stages of a full-blown coronavirus lockdown. Since the day I was saved by the National Suicide Prevention Lifeline, the term “One Year Later” breathes new life. While I yearn to gain back those thousands of steps per day, time-killing coffees, and little slices of New Yorker life that feel oh, so close to coming back, I feel an enormous sense of pride and gratitude that I am here, getting the opportunity to write about my One Year Later. 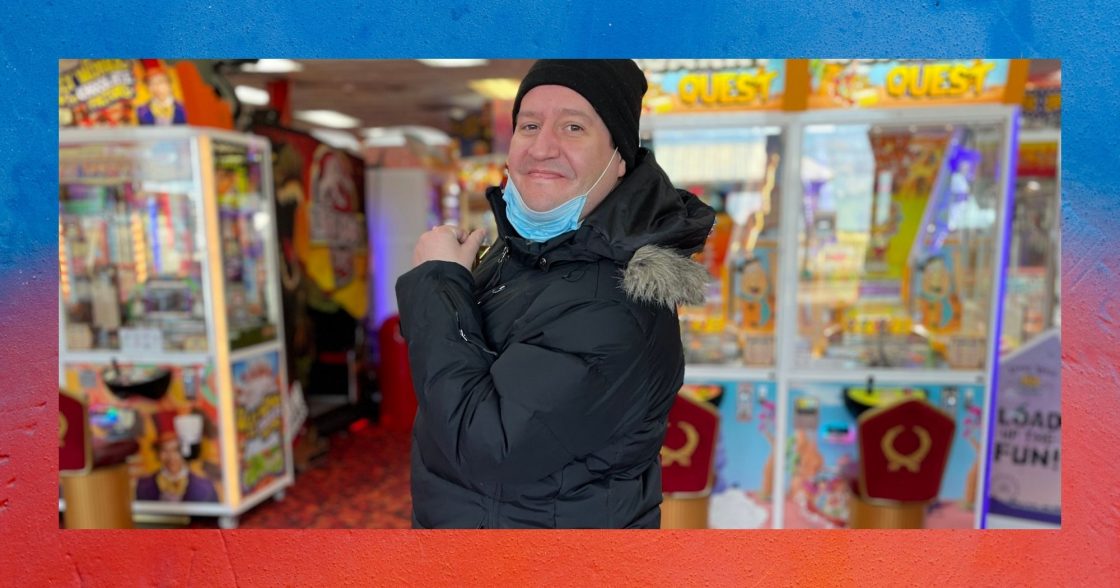 Chris Russell is an actor, filmmaker, and acting coach. Recent TV credits include Hulu's Wu-Tang: An American Saga, HBO's The Deuce, and NBC's Law and Order: SVU. Recently, he launched a podcast, 40 Under 40, which explores beloved movies that score under 40% on Rotten Tomatoes, and The Doorman, an audio series about his five years working as a Doorman in a Times Square hotel. When he's not acting or creating, Chris painstakingly roots for the New York Mets, teaches a popular acting class, and does private coaching with actors.

Years of traditional therapy didn’t do much to quell Daniela Silva’s existential dread and fear of smiling. It took a dose Freud to spur her journey forward.