The logline on IMDb (the International Movie Database) for The Love Bug is simple: A race car driver becomes a champion with a Volkswagen Beetle with a mind of its own. But for OC87 Recovery Diaries Editor-in-Chief Gabe Nathan, it’s a bit more complicated.

You see, Gabe was five years old when he first saw The Love Bug and, man, was he bitten. He describes that first viewing as “utter magic.” Something was deposited in his brain as he sat there, watching the Disney film about a car with tons of personality, and the humans whose lives became entangled in its journey. Since, he’s had a life-long passion for Volkswagens—and a special fondness for the one with “53” painted on its hood. 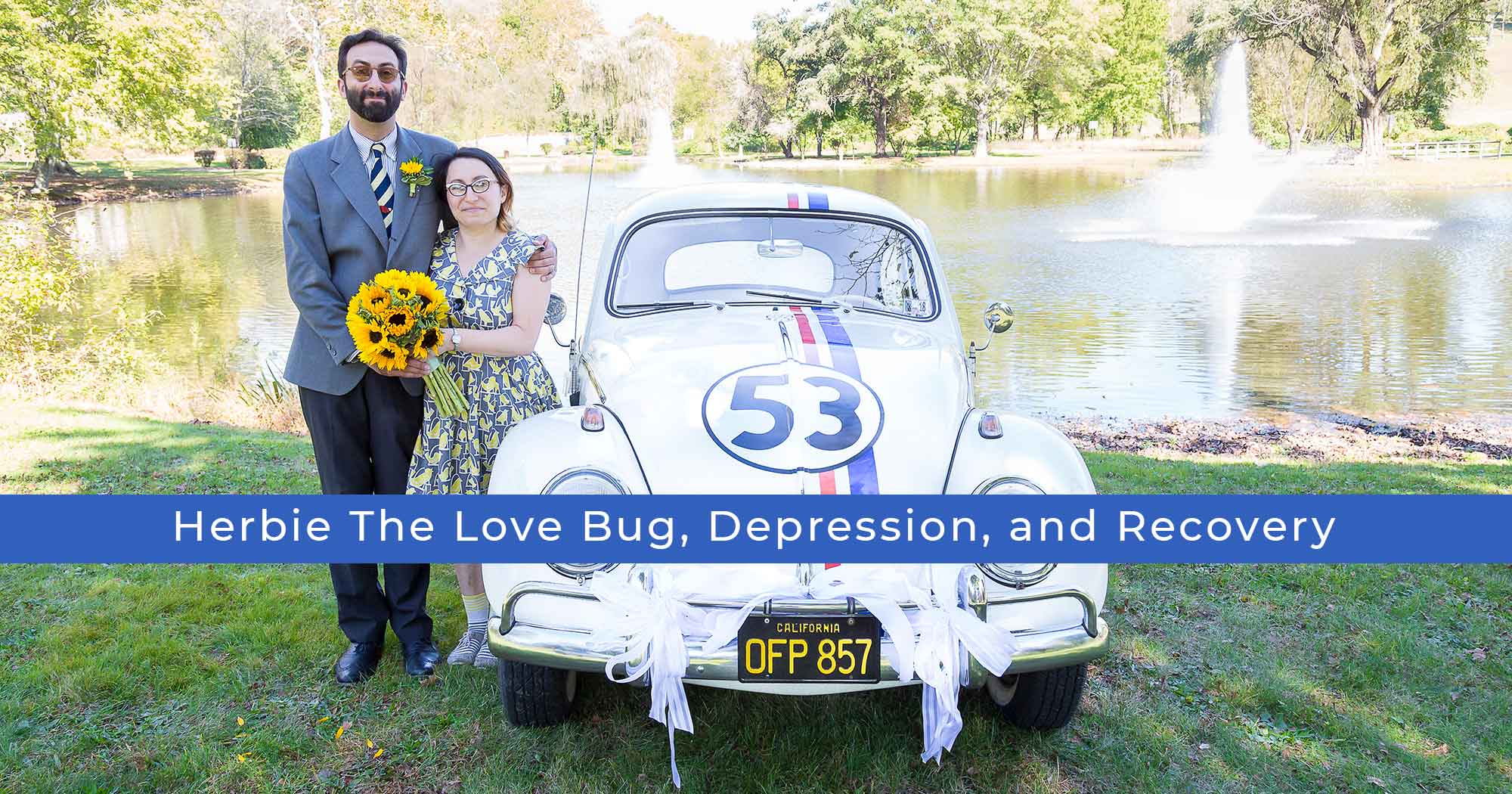 Many years later, Gabe is a grown man; a gifted actor, theater director, and writer. And he still loves Volkswagens. Throughout his life, Gabe has wrestled with depression. Soon after the recent presidential election, that depression intensified. Gabe and his wife, Abi, were both feeling despondent, and decided to take some action to combat their feelings of hopelessness. As a gift to each other, they purchased a 1963 Volkswagen Beetle, did some necessary repairs to the car and created the graphics for the car that turned it into a moving homage to the original Herbie. Classic car collectors have a choice: restore their car to near-factory conditions and take it to a car show or two when the weather’s pitch-perfect; or accept their vehicle with its flaws and its impracticalities: and drive it as much as possible. Gabe and Abi choose the latter.

“I was hoping that Herbie would bring us some joy.”

And joy is what happens when Gabe and Herbie take to the road. Everywhere they go, people stop and stare and smile. More often than not, they take a photograph. Most importantly, however, they talk. They want to share their memories about the film, about Volkswagens in their past, about how happy it made them feel to see this car driving down the street, or parked in their supermarket parking lot. Not only does it lift the spirits of folks around him, it is doing wonders in terms of lifting Gabe’s depression, and his ability to interact with people. 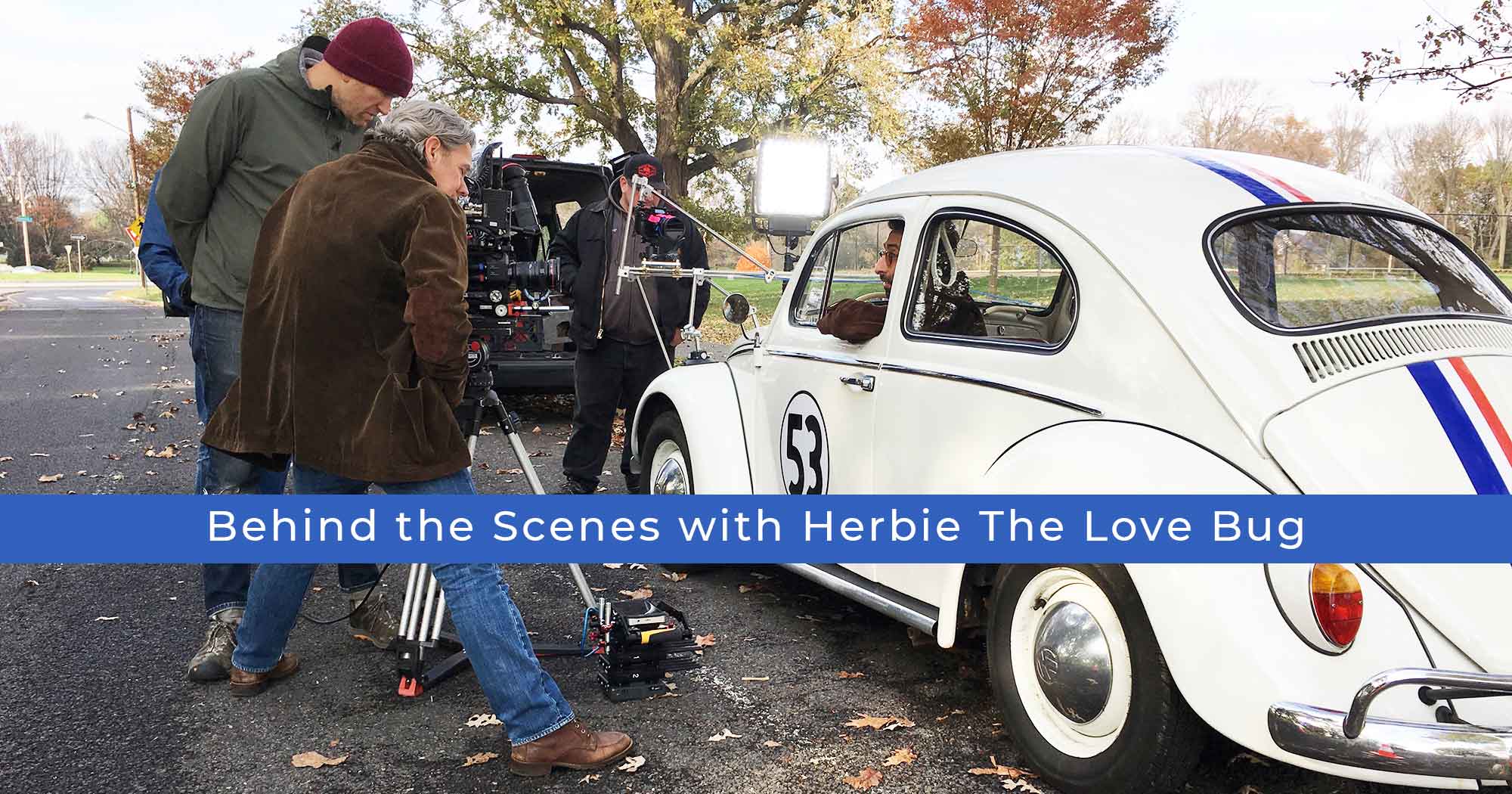 “I’m a really shy person. I’m very socially awkward. At least that’s what I think about myself. I have a very hard time communicating with people verbally, socially and making small talk. Herbie does not allow you to hide. Herbie forces you to be out with people. He makes you want to be out with people because people are so excited to talk about the car and ask you questions and share their memories of the film or of the Beetle they used to own, their family. He makes me want to be out and about talking to people. That is not something that I do or that I have any desire to do without him. So he’s made me more social. He’s made me more extroverted. He’s made me more of a people person, and that’s a pretty amazing thing for a car to do.”

Gabe encourages everyone to “find their own Herbie”—that thing that you feel passionate about, that gives—as well as takes—positive energy—in order to create a sense of purpose in life.

Take a few minutes and watch Gabe and Herbie as they tool around town. You’ll be glad you did. It’s hard not to smile as you watch a man and a car help the total strangers they encounter forget about the weighty problems of the world for a moment, just by driving by. 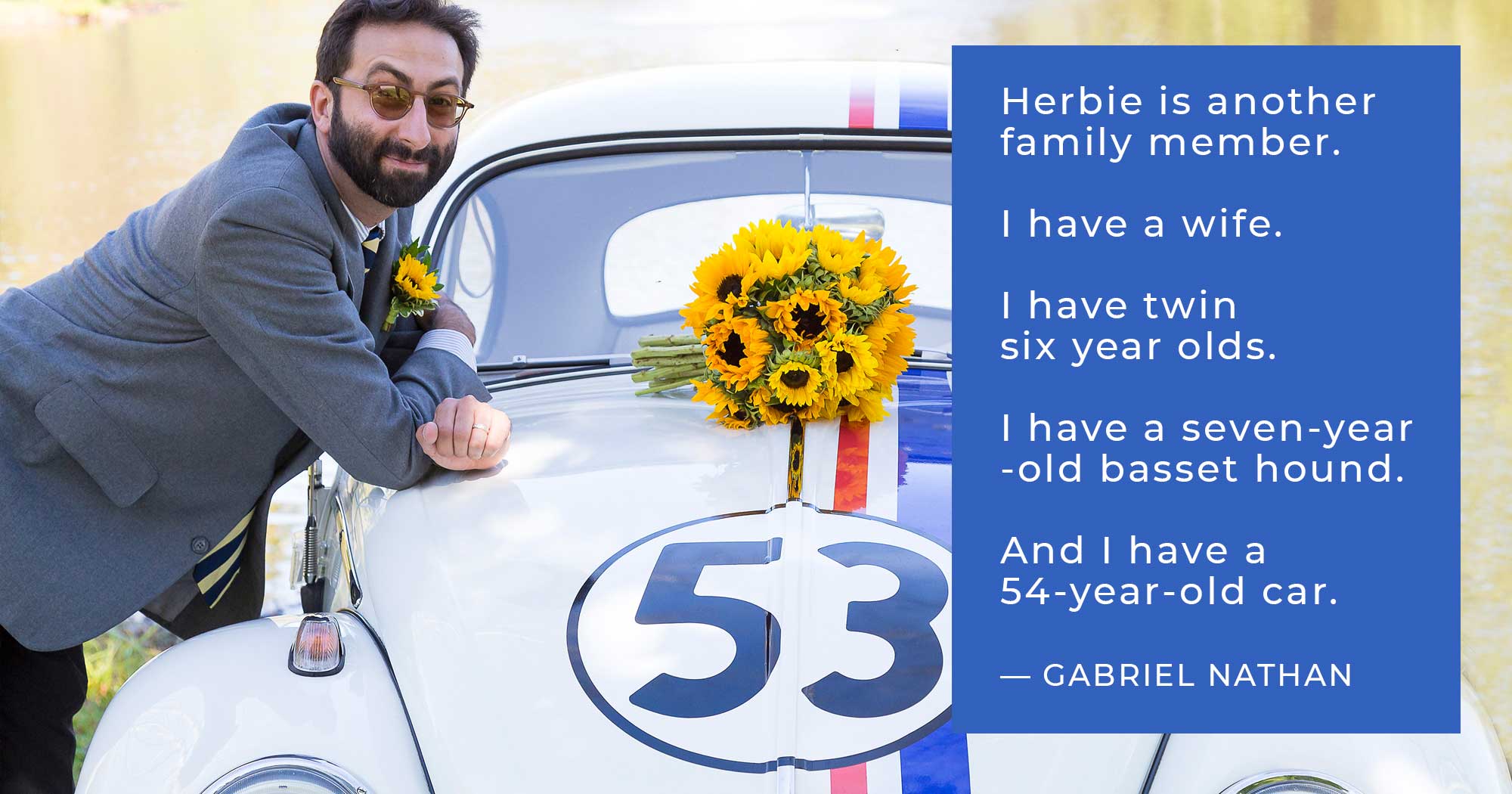 Pinar Tarhan is a writer from Turkey who lives with Purely Obsessional OCD, also known as Pure O, and shares about her mental health recovery.