B was 16 years old when he was shot. By his best friend. With his own gun. His friend was joking around when the gun went off and a bullet went through B’s neck. It clipped his spinal cord. It was an accident that changed the trajectory of B’s life.

B is actually Steven Smith. (Since he was a kid, he has been known by the first letter of his middle name, Brian). Today, B is a motivational speaker, mentor, author and anti-gun violence advocate. He’s also an awesome storyteller who shares his journey of recovery in the latest of our four-part series “Beyond the Bullet: Gunshot Violence Survivors Speak.” The series presents members of the Gun Violence Survivors’ Support Group, based in Philadelphia, who tell of their journeys of pain and healing, isolation and community, and, most beautifully, stories of recovery, love and support.

Why did B have a gun in the first place? Well, B says, it was in his house because he was a player “in the game” of selling drugs.

Now paralyzed, B found himself drowning in depression, frustration, and anger. He was 16 years old, unable to walk and breathe on his own, and mad at the world. He didn’t have any interest in participating in therapies that would help him try to make the most of his new life.

However, B had a turning point when a caregiver at the recovery community pushed him to reconsider. Her tough love did the trick.

He returned to school and began to build his new life. Through years of hard work, B now focuses on the positive energy that he wants to share with the world. Today B is uncle to 14 nieces and nephews, host of the podcast “Ya Connect,” and a volunteer mentor for people who are new to spinal cord injuries. He also travels around to high schools to share his story to promote gun violence awareness and help prevent another tragedy.

“I think about people that have it worse than me. I’m fine. I tell people, don’t let the wheelchair and the ventilator fool you. I’m fine.”

“I want my legacy to be that I was a fighter.”

I hope you enjoy listening to and learning from B as much as I have. If you want to learn more about him, check out his website: blessed4greatness.com.

All of the voices in this series deserve our attention. Their lives are the window into the very human suffering that gun violence has on our society, and their stories are filled with a strength and resilience that is awe-inspiring. 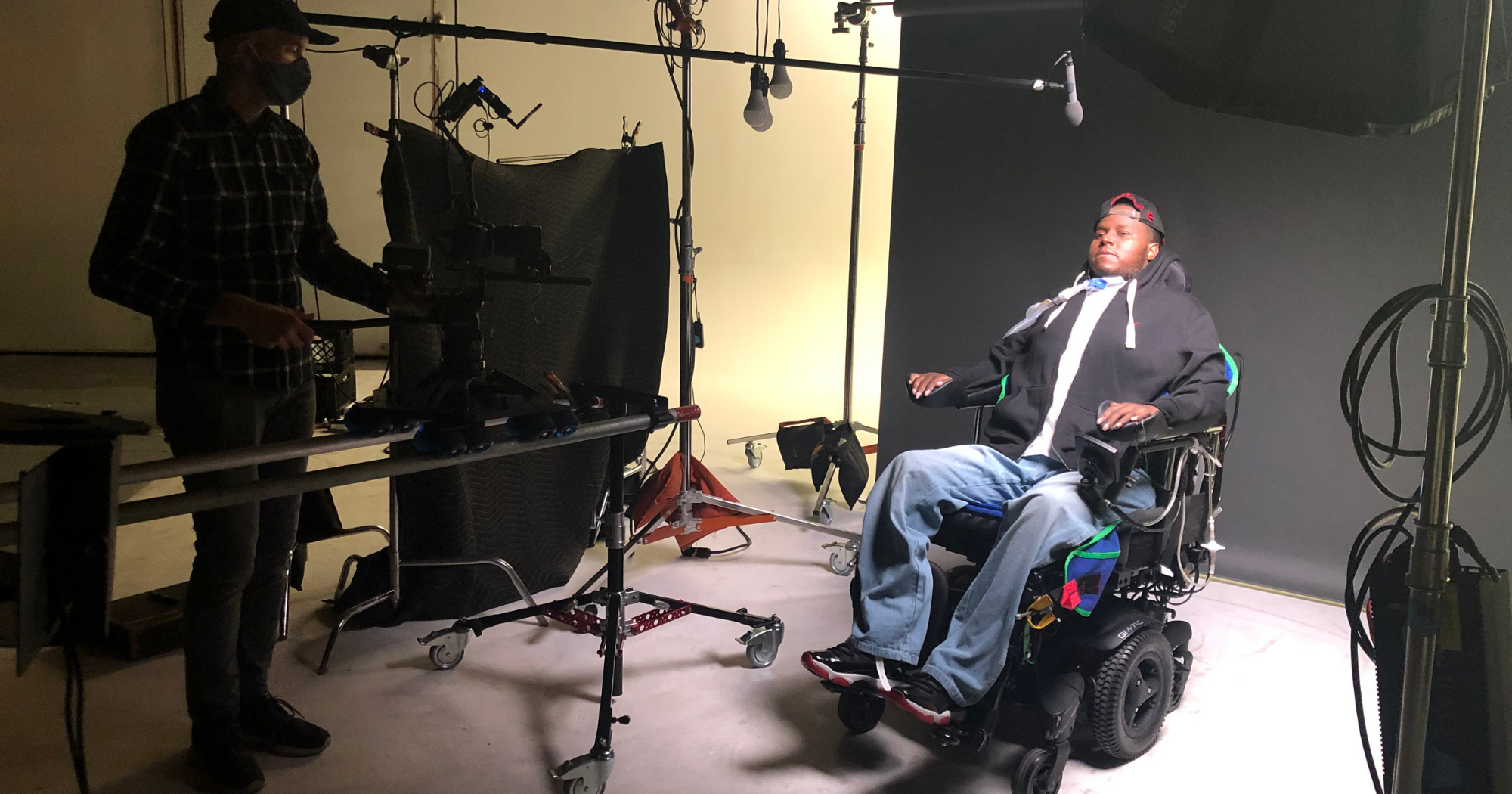 Jalil Frazier was shot trying to prevent a robbery. He is a member of a support group for gunshot violence survivors who speaks about his journey.