A Flight Attendant with OCD Grounds Herself During COVID-19 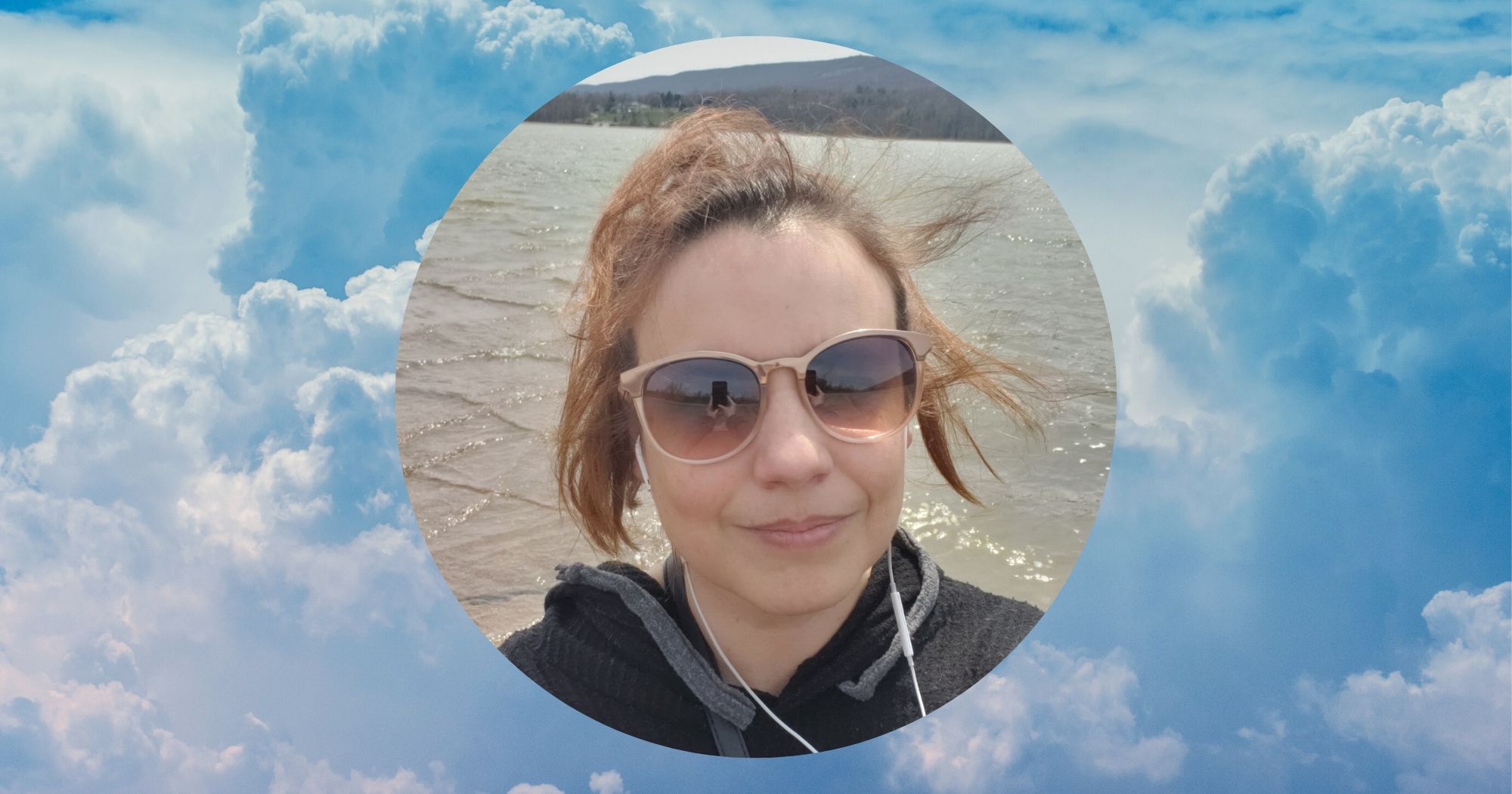 A Flight Attendant with OCD Grounds Herself During COVID-19

The sun has just begun to set in small-town Pennsylvania. The air is warmer than usual for an early March evening. I pop in my earbuds and let the rock music flow through me like waves in the stream. I have been visiting parks nearly every day for the past three weeks since I have been off work.

I pass a couple of ducks shaking and waddling near the waterfront. Kids swoosh by on their bikes while dogs jump at their feet, trying to keep up. I pass women and men in sweat suits talking softly, standing the recommended six feet apart. My lungs drink in the fresh air mixed with the scent of barbequed burgers and fried pierogis from the food truck while the beat from my iPod pulses in my ears.

I start to pick up speed and I run for a while; the burn in my legs feels good and I am thankful that my lungs can fill to capacity. All the emotions ebb away and I can ground and drink in the sights before me, Elton John’s Sad Songs Say So Much filling my spirits. I feel healthy and alive. In these moments; I feel good.

Everyone in the world knows that a global pandemic is going on but everyday life continues on with a sometimes eerie consistency. 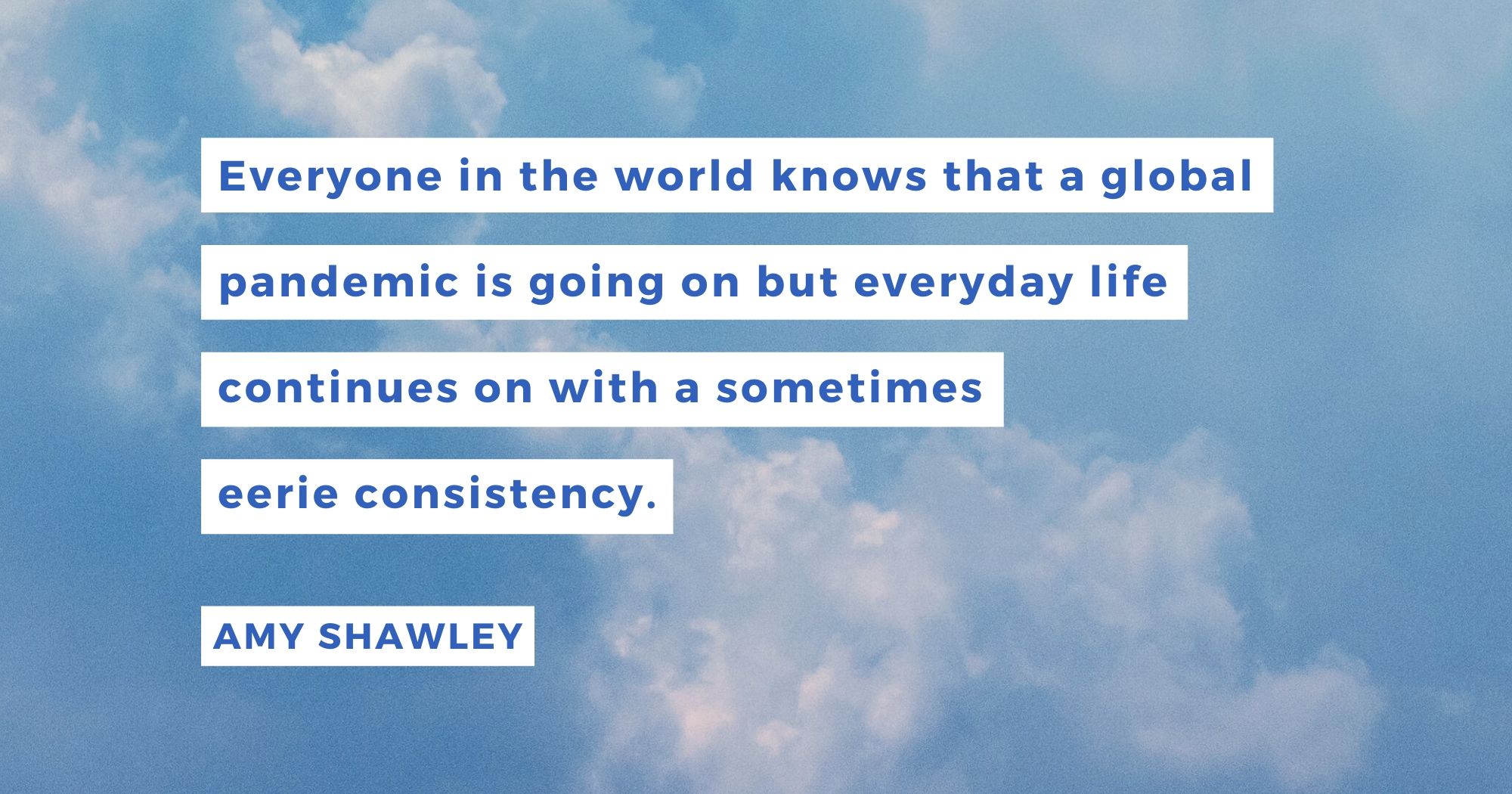 I am a flight attendant. I don’t say I “work as a flight attendant” because this job isn’t just a job; it is who I have become. Being a member of a flight crew is like being part of a family. Since we don’t have access to our real families—we’re away for three, four, or five days at a time—when we see other pilots and flight attendants, we smile knowingly in our secret language that outsiders, the flying public, or “pax” as we call them, will never understand. Being so far away from our homes, from our loved ones, often takes a toll and can be quite lonely. We spend hours in hotel rooms in strange cities on holidays and weekends so, even though we’re strangers, we share an instant bond and we often share dinner as a “family” though we may not each again for a long time.

I first became aware of the dangers of COVID-19 when I was visiting my daughter in England; (seeing her with greater frequency was, if I’m honest, the real reason I became a flight attendant). I had of, course, heard of the mysterious illness that originated in China, and I wiped down my tray table on the plane and Lysoled my hotel room but, like a lot of people, I never imagined that this virus could become a global pandemic. My daughter and I had a wonderful visit but, when it was time to leave and she was driven away, I never thought that I may not know when I could see her again.

Like many Americans, I never thought life would become as it has. President Trump told us the virus was no big deal, just the flu and it would all be gone soon enough—after all, Spring was on the way.

Of course, it got worse. I was in Albany, New York, on a work trip, when it hit me so hard my breath caught in my throat. This virus was spreading faster than anyone had imagined and we were all at risk, especially the elderly and the frail—my parents with their underlying health conditions. Thousands have died worldwide, and there could be many, many more. 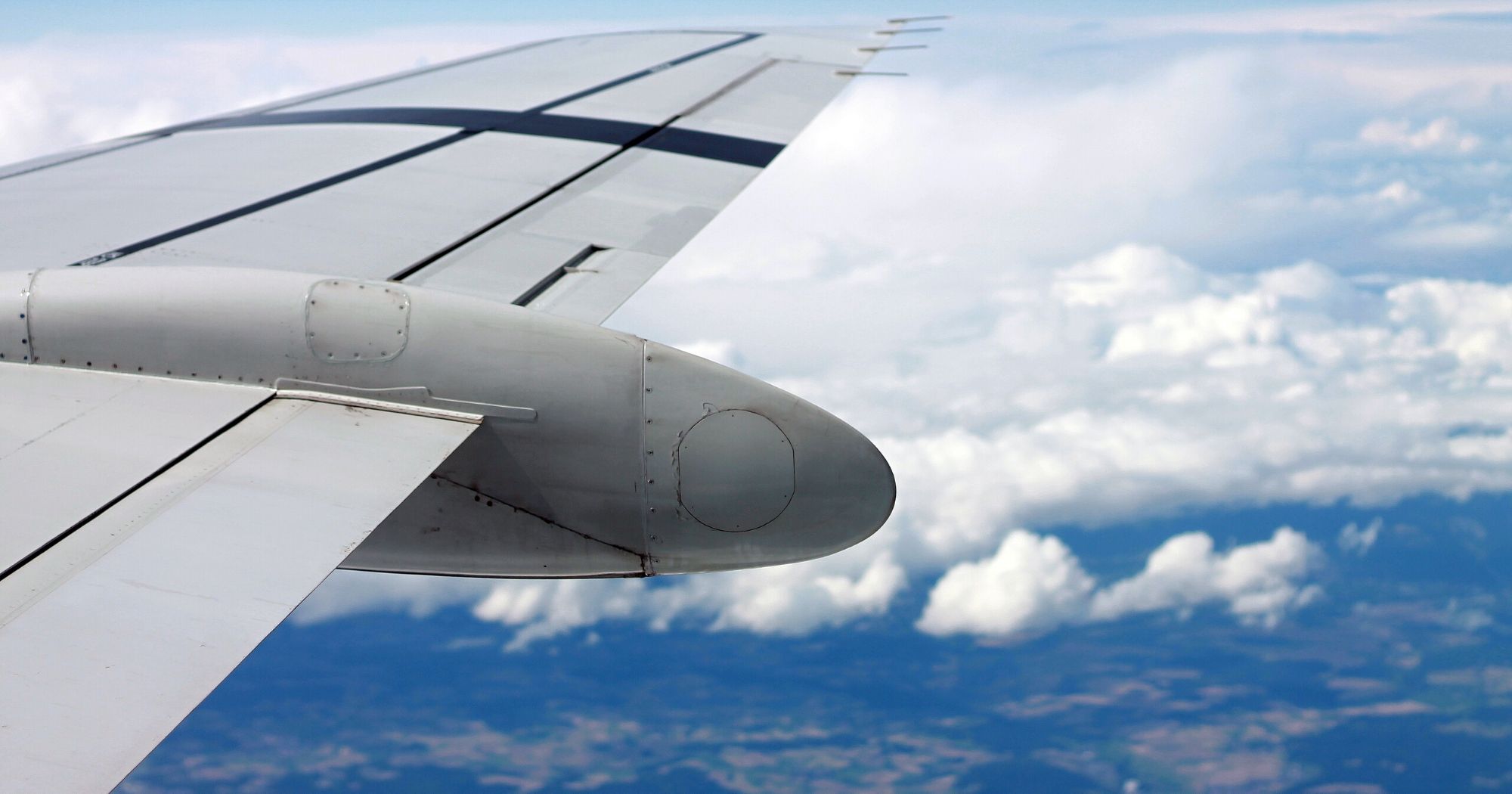 When I first returned from England nearly five years ago, my parents took me with nothing more than a suitcase. I was always very close to my parents and while I longed to travel and see the world, I missed them terribly when I was away. It was difficult seeing them only a couple times a year and I missed my hometown and small town America. At age forty, after ten years of living abroad, after a failed marriage and without custody of my daughter; here I was, back at my parents’ house. My ultimate goal was to have my daughter live with me in America but, sadly, I lost in court. My parents gave me food, shelter, everything; how could I gamble with giving them this terrible virus with my very high risk flight attendant career? 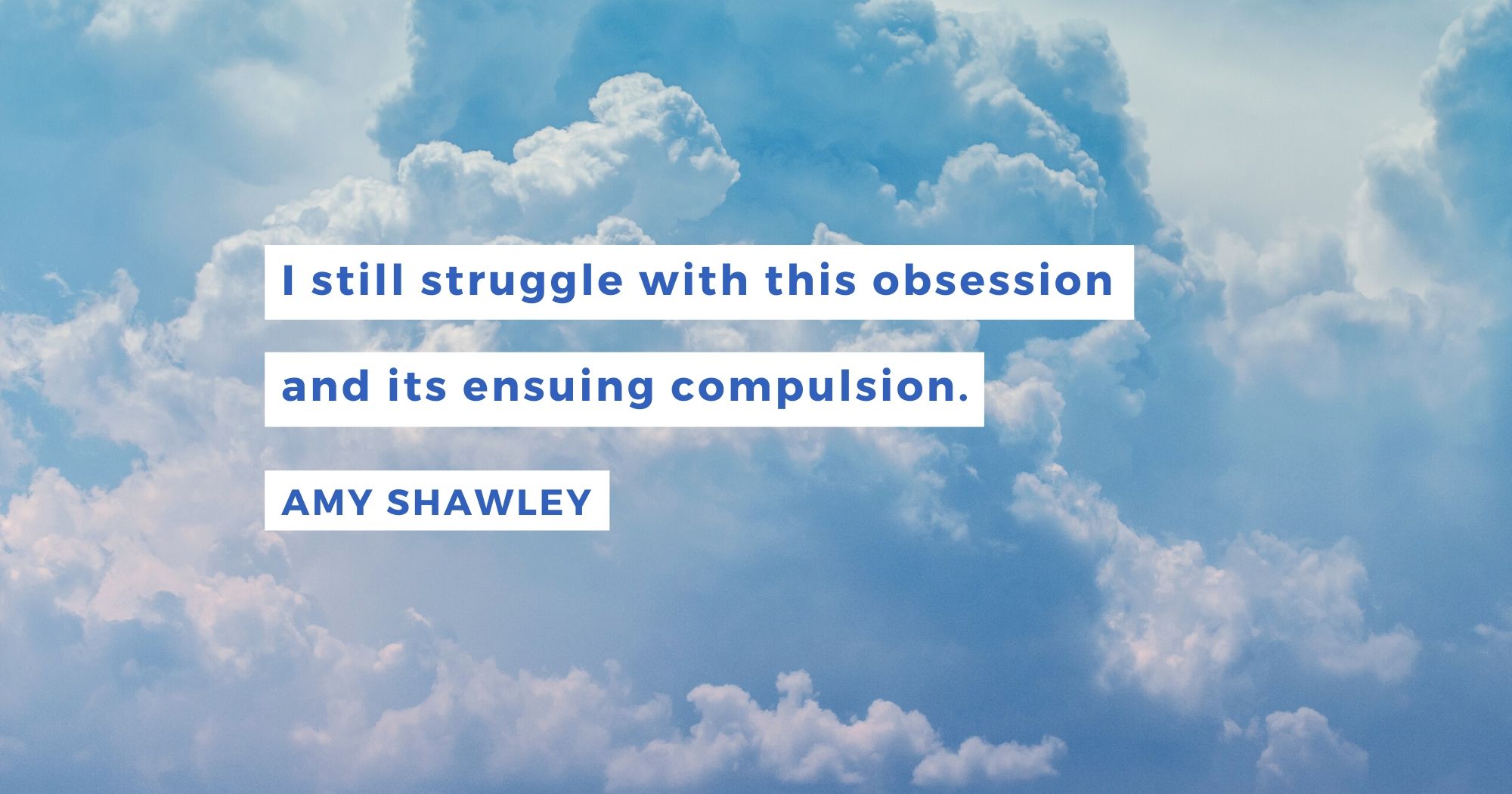 When I was a little girl, I developed what was later diagnosed as anxiety and obsessive-compulsive disorder. I was at a sleepover with a girlfriend when her mother told the story of someone she knew who had choked on a piece of steak. Around that time, my step-grandfather passed away. I wasn’t very close to him but I have vivid memories of seeing the body, he was in his military uniform and he looked as if he were sleeping, but his chest wasn’t moving. I can still smell the flowers, the heavy scent of roses, a scent that will forever remind me of death, and the smelling salts near the coffin. Would I pass out and need to be revived? Death was too close and real for me at aged ten.

After hearing the choking story, I struggled with eating and swallowing became very difficult.  All I could think was; I’m going to choke; I’m going to die.

I still struggle with this obsession and its ensuing compulsion. When I moved back home, the only baggage (other than my one suitcase) I brought with me was emotional; I needed a therapist for my custody battle and seeing this therapist was the best thing I ever did for myself. I had other psychologists and psychiatrists but I never connected with them and therapy failed me for years, but Teresa was a lifesaver and has helped me like no one has. I have come a long way from the broken woman who returned home from abroad five years ago without my daughter. I have learned to breathe and ground during anxiety and panic attacks even during the scariest moments on my job; emergencies and severe turbulence. I’ve learned to smile and lead others with my bravery. But when COVID-19 came out, my OCD turned into a fear of germs. 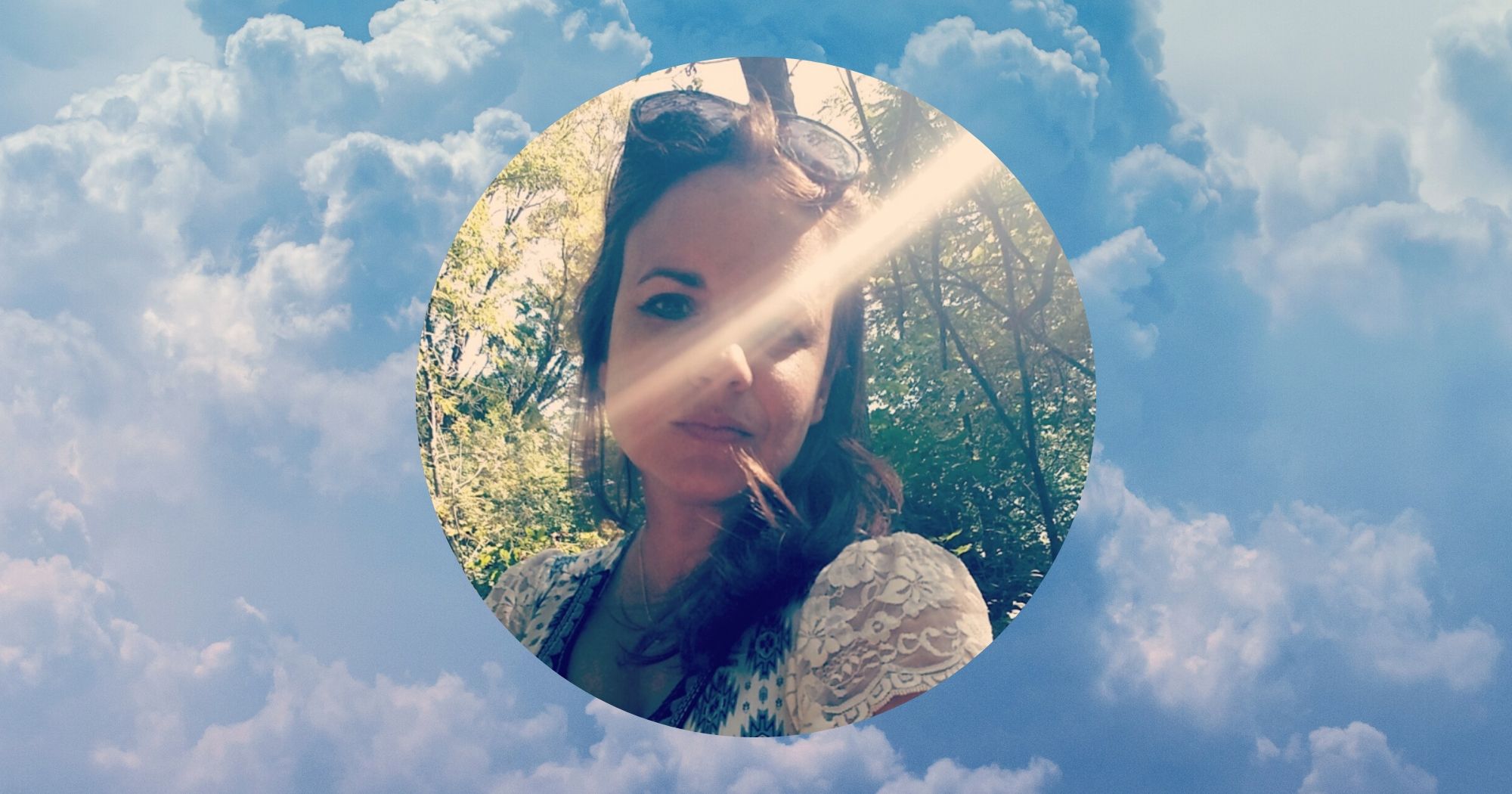 On the plane I was always protective and conscious of germs. My first year as a flight attendant I got sick so often—just annoying sniffles—but after that I became overly conscious of germs and staying healthy. After all, if I lost the job I would no longer have flight benefits to visit my daughter. I was extremely careful.

However, as things worsened with COVID-19, I suddenly became even more fearful. 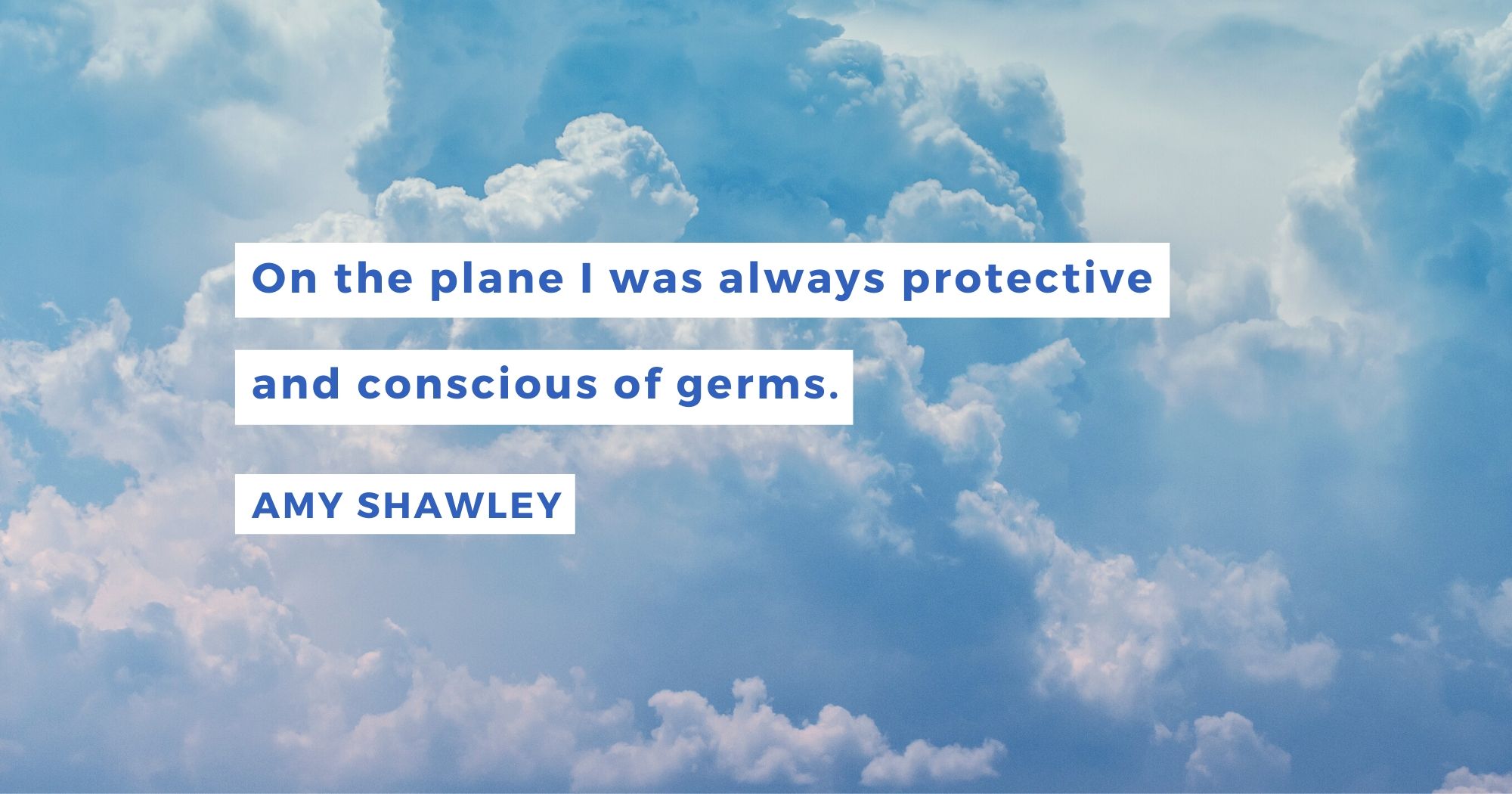 I had only one short flight to work from Albany to Philadelphia the day following the President’s speech when he finally told the truth and realized how deadly this virus could become. On the plane, I went through an entire box of rubber gloves and my hands were raw from the amount of Clorox wipes I used. I became afraid to touch anything. When my plane landed and I arrived home I felt so relieved.

As the news was getting scarier, I agonized over returning to work. I managed to swap out of a two day trip but when the time came and I could no longer change my schedule I was up late at night crying, racked with guilt and agonizing over the fact I may very well bring home a virus that my feeble parents couldn’t survive. I felt as the walls were caving in; my job was in jeopardy, when could I go see my daughter again?

My psychologist, Teresa, texted me the next morning asking if I was okay. She was very concerned about me and the financial state of the airlines. Luckily, she had a cancellation and we were able to meet. I had been doing so well before all of this hit and, now, she was concerned about my state of mind. We decided that my best course of action would be to use sick time due to my anxiety and OCD. I had never taken time off for any of my mental ailments. She helped me realize that mental illnesses were just as detrimental as physical ones and there was no way I could work at that moment. During my session with her my breathing was labored and I sanitized my dry, red hands three times just sitting in her office.

I have now been off work for a little while. Things have worsened as far as the pandemic, and the unknown as to what may happen is alarming to everyone in the world, but I’m feeling okay; calm, grounded. 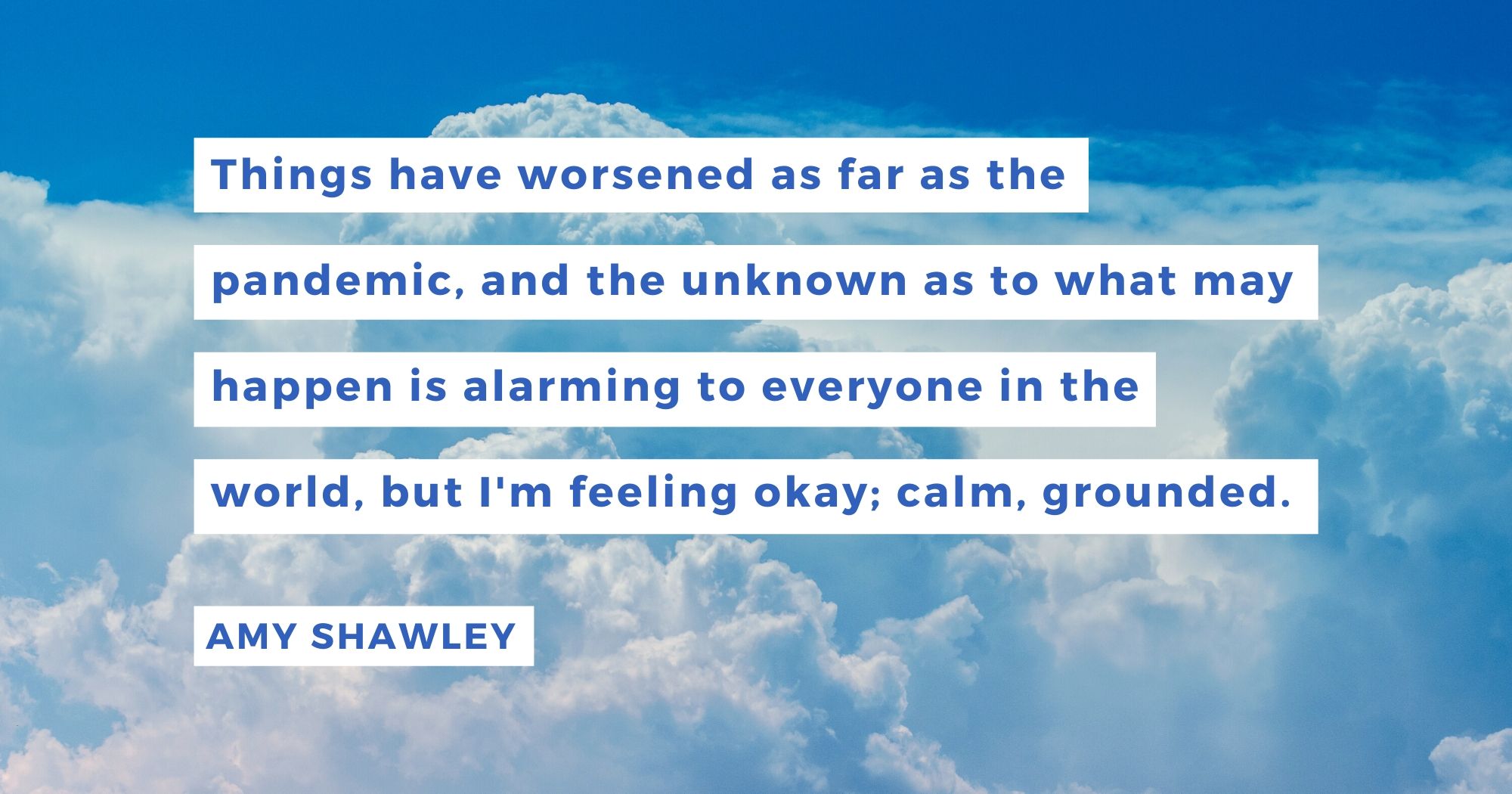 I’ve spoken to friends working on the line and while being a flight attendant is a dangerous job, it’s more about not giving in to fear. There have been times as a teenager and adult when my symptoms were alleviated by medication, but I disliked the side-effects and have managed medication-free for many years. I regularly see Teresa and I have learned to “ground” by becoming one with nature, music, writing and deep breathing have also helped. If I do feel panicky on the plane I am able to breathe and work through it. While I do still get anxiety and OCD symptoms at times, I know how to calm myself as I’ve done many times during turbulence and emergencies in the air.

Though challenging, this experience also hasn’t been entirely negative. Yes, being cooped up with my parents has been trying at times, I am thankful to spend some quality time with them and care for them; memories I believe I’ll one day treasure. And though it’s very hard with my daughter thousands of miles away, we have been video chatting more frequently. I’ve been able to discover the tranquility of nature, the beauty of creation and soft rolling waves. I’ve been able to write and concentrate on the current situation a distraction from more painful memories. 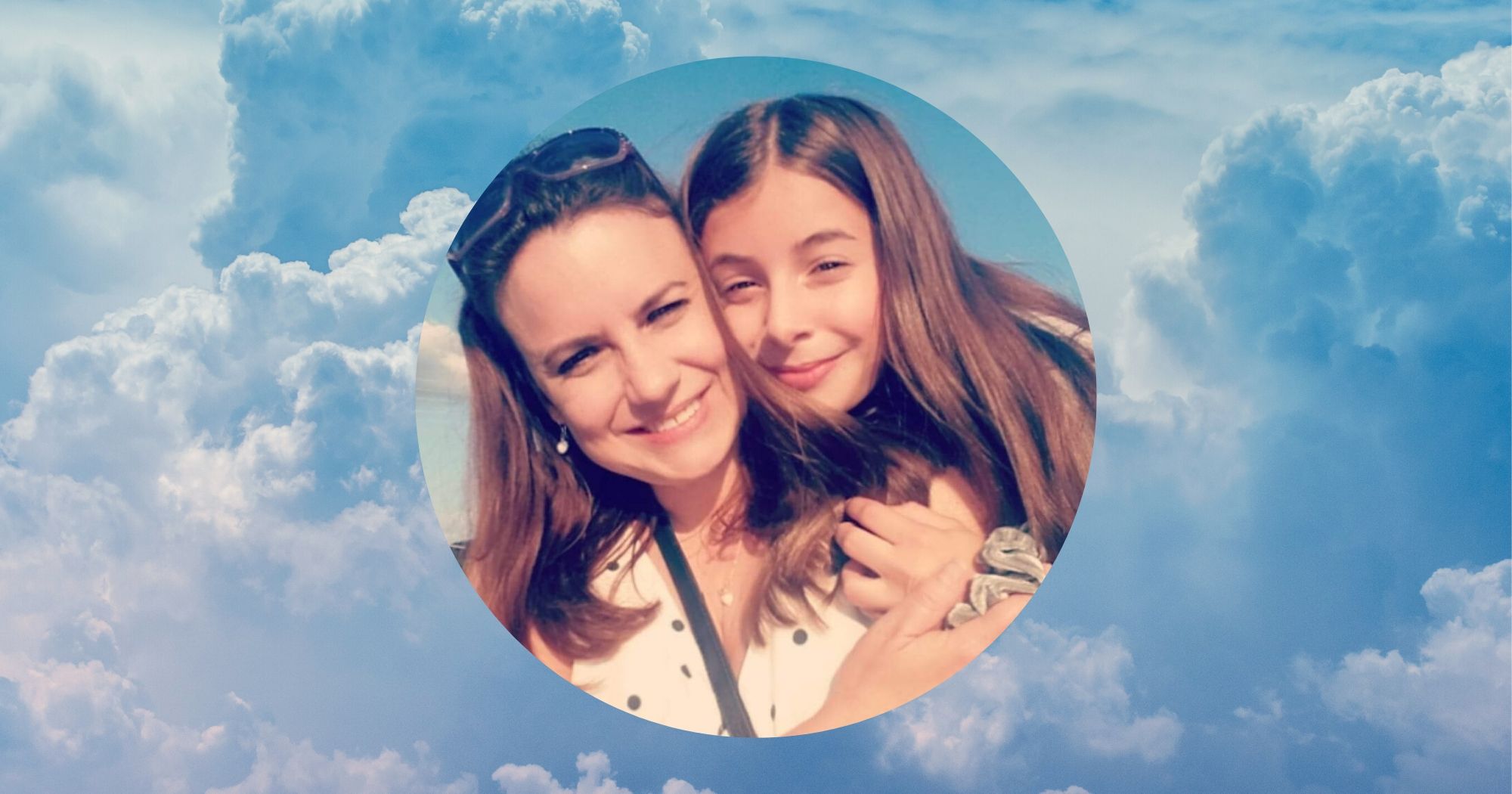 I know that I’m not the only one struggling right now. Many of the television stations have come up with the slogan “We’re All in This Together” And, truly, we are; especially those of us with mental health issues.

I’m not sure if I’ll go back to work, in few weeks or next month, but I will go back and I’ll come out of this stronger than ever. I’ve come so far in my life that I’m not going to let a virus stop me from living my dream job or seeing my daughter. It will be over soon and when the dust settles we will all emerge more capable than ever.

Amy Shawley graduated with a degree in English and Creative Writing from the Pennsylvania State University. She began writing at the age of 8 after falling in love with Judy Blume's novels. She has always longed to see the world. Amy moved to England where she had her first child, but homesickness and cultural differences exacerbated her depression and anxiety, and she had no choice but to return home. Today, she is a flight attendant and has recently been able to write again after painful memories made it impossible to focus for many years.

Casey Cannizzaro is a brilliant writer who lives in a world of addiction and bipolar disorder, both of which he fights every single day, with every breath.