Finding Work and Making Money as a Person with Mental Illness 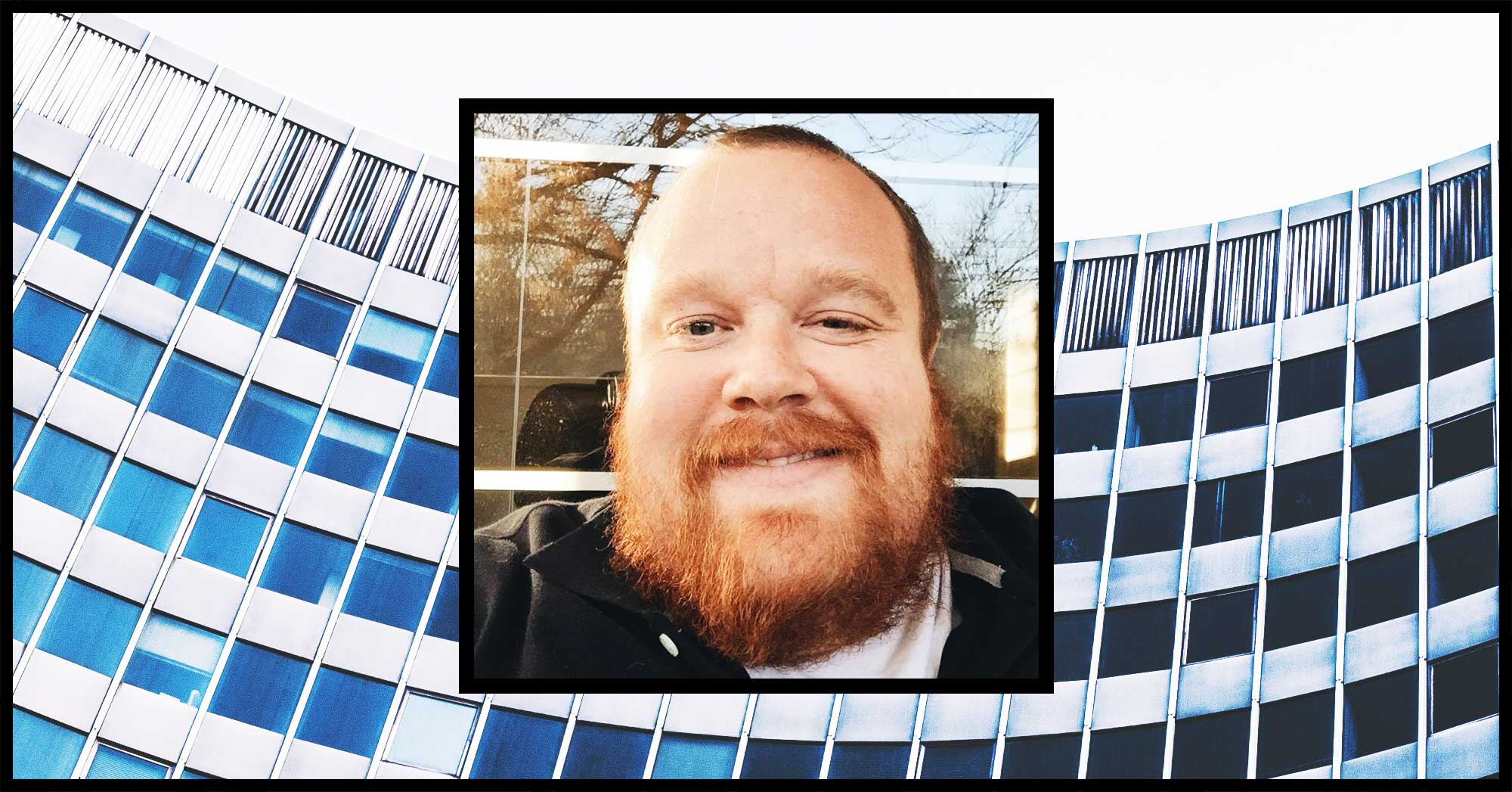 I feel like I’ve been blessed. Many people sit around and dream about seeing their name in print; published and widely read. My funny childhood stories that I would write for class opened the door to writing gigs for my high school and college newspapers. Finally, in the real world, I’ve written for a number of publications. However, in spite of my good fortune in the regard of writing, my schizophrenia diagnosis seemed to dry up my pen for several years. I was scared that the words wouldn’t return.

I had to wrap my head around the idea of doing something — something with schedules and deadlines and bosses — again. After being diagnosed with a serious, chronic illness like schizophrenia, it’s hard to find any purpose in life; I know that from experience. You can get so crushed, so thrown off by your diagnosis that the idea of working doesn’t seem like a reality. For many, it’s not; evinced by the existence of Social Security Disability.

Working a so-called “regular job” while negotiating the challenges and hardships of mental illness can be frustrating, embarrassing, and exhausting. If you have an SPMI (serious and persistent mental illness) and are contemplating re-entering the workforce, there are some things you should think about, and I’m happy to share some of my experiences with you. 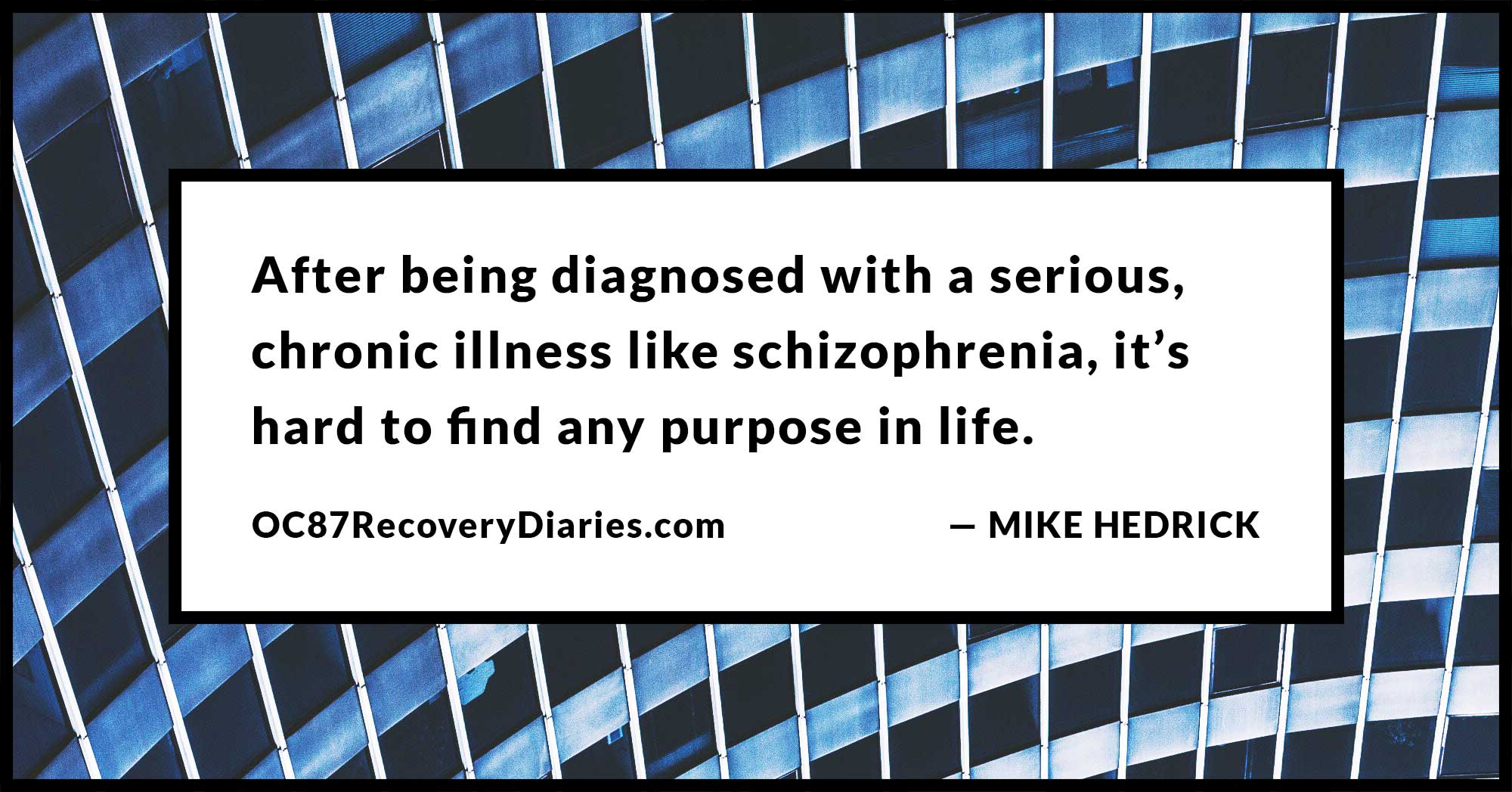 Shortly after I was diagnosed, I got a full-time job as a reporter at a small newspaper in the town of Estes Park, CO. This town is the gateway to Rocky Mountain National Park and many times my stories would have me going into the park to report on park-related situations, such as fire mitigation measures or beetle kills. True, it wasn’t the bleeds-it-leads, fast-paced content of the New York Daily News, but I enjoyed it.

I could barely force myself out of bed in the morning, and my work suffered because of paranoia, apathy, and the inability to see the importance of any of my writing assignments. On top of that, my essential hourly smoke breaks had my boss questioning my commitment. I was afraid to talk to any of my coworkers for fear that they were plotting against me. This idea arose more and more frequently as another writer and I competed over stories, which, despite my delusional state, was actually happening. The cherry on top was that, as a reporter, I was required to interview people around the community and my paranoia made that nearly impossible to accomplish. Here’s how my “interview process” went:

First, I’d need to sit in my car and smoke just to hype myself up. Eventually, after a few cigs, I’d gather enough courage to go in, find the interview subject, and begin. However, as the person would talk, I would struggle with basic human behaviors, like where to look and what to do with my body. Take notes or eye contact, take notes or eye contact. I could barely concentrate on what they were saying, and I would often forget about taking notes. At some point, I sucked it up and bought a voice recorder. That worked for a bit, but I often prematurely ended interviews, just to get them over and done, with little actual content acquired. Real conversations rarely happened and, after each interview, I’d worry for hours about how I acted and if the person I had interviewed thought I was strange. A couple months later, that job ended as amiably as a job could with both my boss and I agreeing that it just “wasn’t a good fit.” 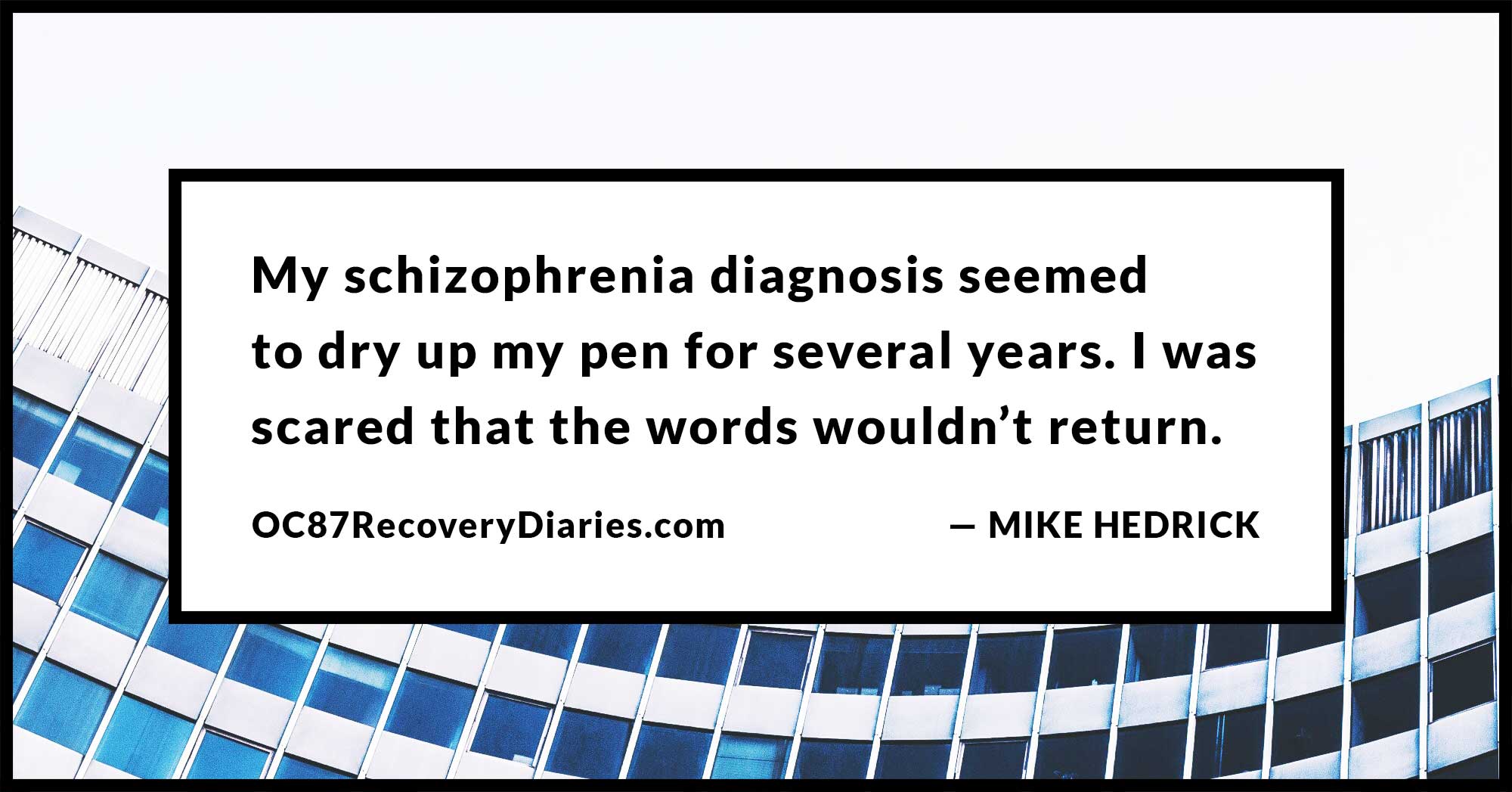 The truth of it was that I was in no way prepared to enter the workforce so soon after my diagnosis. I needed to take it easy on myself in terms of work. I needed to be able to do it on my own terms because I knew that I’d never be able to survive in a high stress, nine-to-five office job. I’ve talked about stress being a light switch for symptoms and this and most jobs are no different in their ability to lay on stress. During my time in Estes Park, I vacillated between paranoia and a severe depression and, when time came for me to find another job; I had no choice but to just tell my parents that I couldn’t do it. I just couldn’t. They tried their best to persuade me to stick it out but I knew that it was impossible. And for the next year, much to the chagrin of my parents, I lived on my college savings as we initiated the process of receiving disability.

Shortly thereafter, I started my first blog, One Peaceful Life. There, in my own time and on my own terms, I wrote about living with mental illness. I needed to decompress everything and to get the things I was feeling out of my head, things like the ever-present fear of what people were thinking about me and whether any of that had any basis in reality. I wrestled with the idea that the government was using the media to send me messages. The blog itself was bare-bones, using a very basic web editing program and, while I would have liked to have had a following, I only ever got one comment– from someone who advised me to stop taking my meds. Obviously, he wasn’t reading too closely!

I struggled for a few years as my Social Security and benefits kicked in and I’d spend my time watching TV and working on my first book. That was what I needed: a low stress activity I could do where I could feel like I was being productive but also handle. If there’s a perfect job for anybody with a mental illness it would be something like that where they can do their work on their own time without a lot of outside influence and stress. It would be something they could feel good about doing but without too many demands. 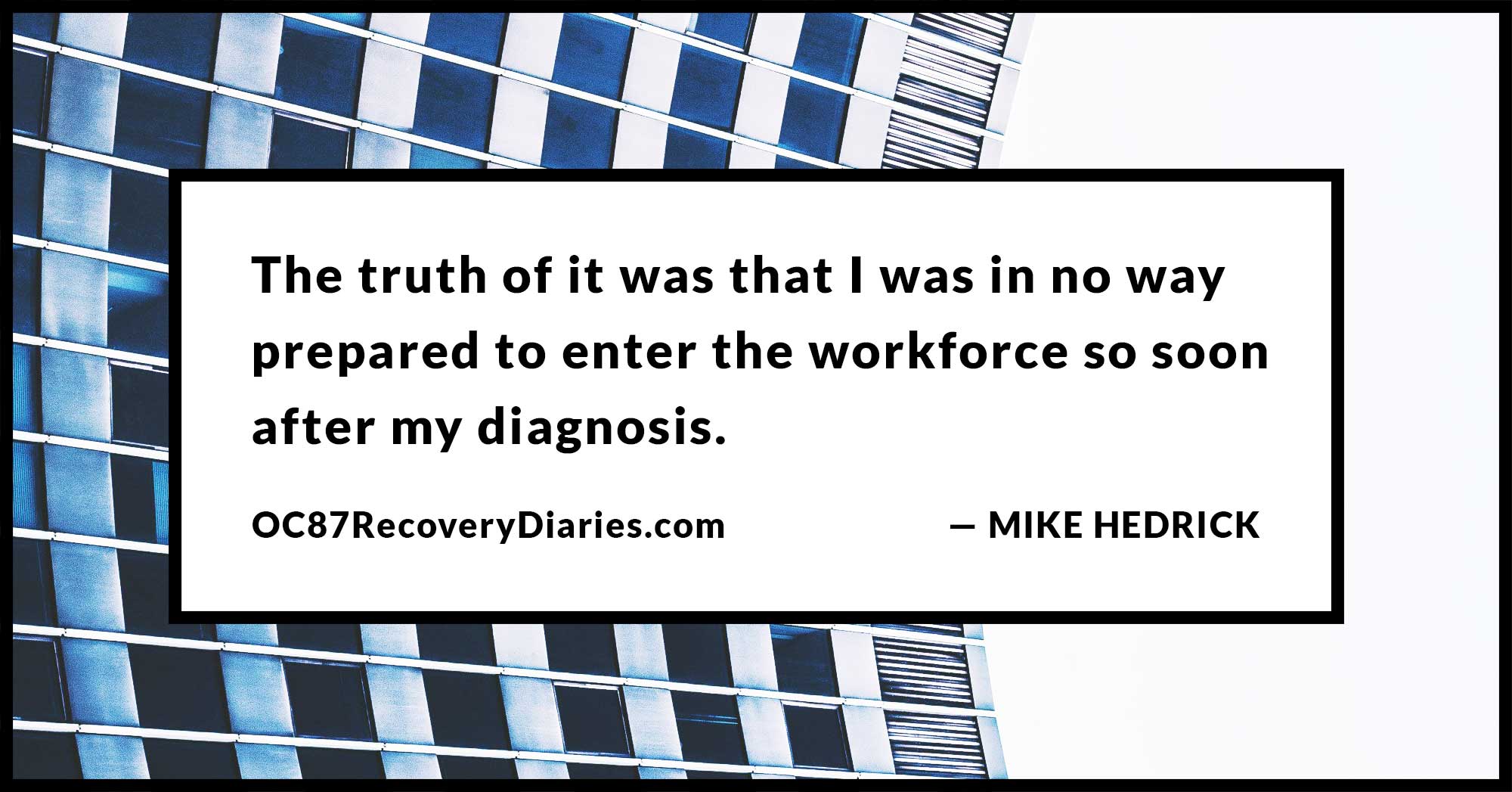 For me, writing is the ideal job, and I think it was the perfect solution to the idea of working. I’d recommend a writing career to anyone regardless but the ability to work on my own time at my own pace was a lifesaver for me. There have been challenges with that too, though; it took several years for to me to get to a point where I was making money and even then it was measly, and hit-or-miss. I kept working though, I kept telling my story and eventually, on somewhat bold larks, I’d send pitches to big newspapers and magazines. I can remember how thrilled I was when Salon.com accepted my pitch. It was a turning point. That’s how it goes, though, work is work and you have to keep doing it to get anywhere meaningful. That’s the same lesson anybody learns, mental illness or not.

I realize not everyone can write or have a job with such freedom. Some people have no choice but to take whatever comes and work in a more structured environment. As much as I’d like to say you need to be afforded the freedom to work when you can I realize that can’t be a reality for everyone. As much as I’m wary of disclosing at work, it might be good to disclose to your boss to get the consideration you need. Another extremely valuable resource for you may be the vocational rehabilitation services offered in your community; they will work with you to find you a job that fits your skill-set, aptitudes, and illness constraints.

I think the important thing is having space and time to work on something at your own pace, without undue stress and if more jobs could be like that people with mental illness might have an easier time. The key is gg something that fits, and there are resources for that like workforce organizations in your city and in your mental health community. Working and providing for yourself is one of the major tenets of recovery and getting there is a process, just like anything else, but if you take your time and build on your strengths, you’ll get to a point where you’re working and proud. 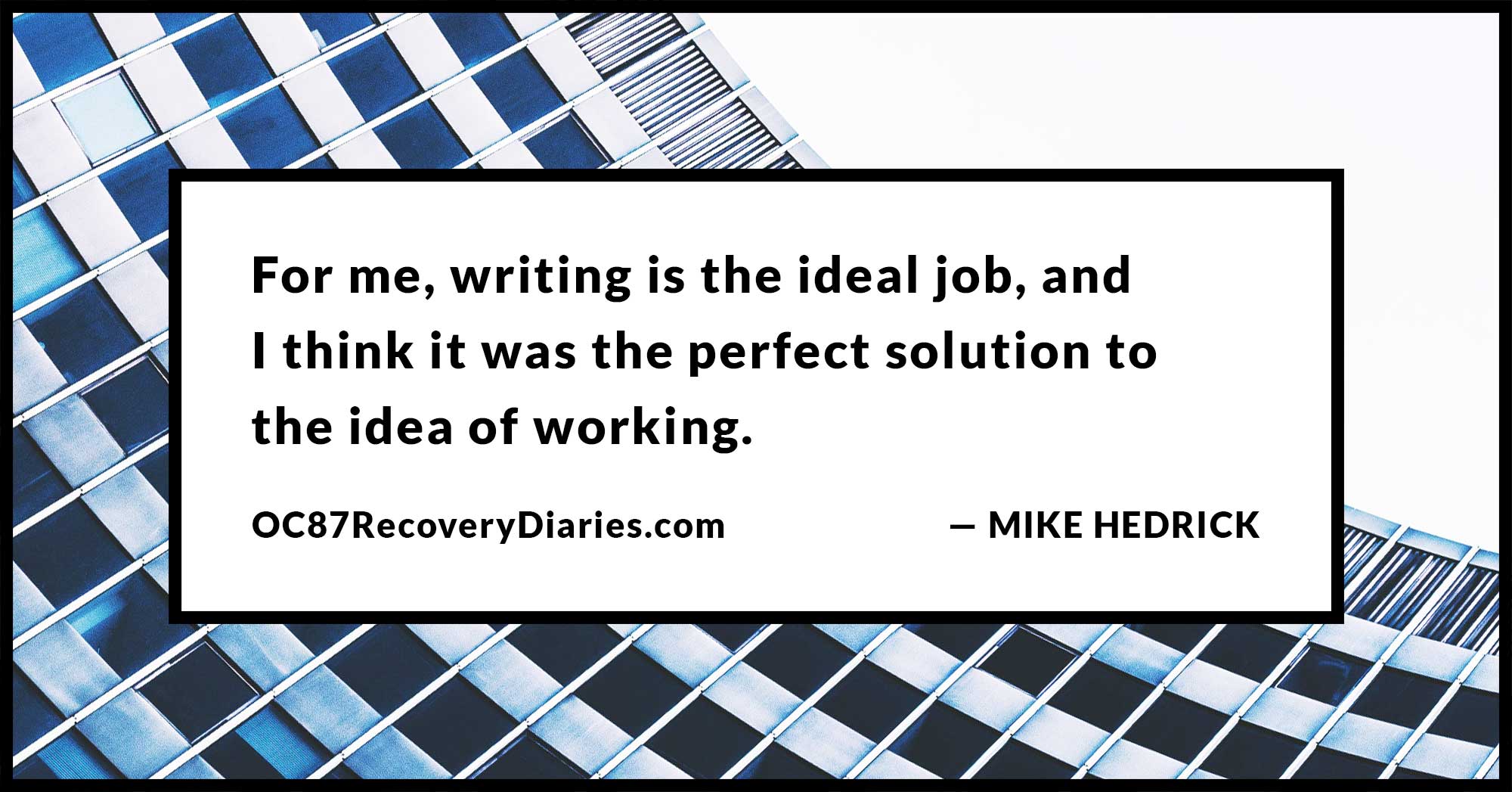 Stepping away reminds you that you are human; another hard lesson. It took me years to realize that I am a valid human being despite my illness.