Depression & Anxiety Gripped My Father; COVID Nearly Took Him Away 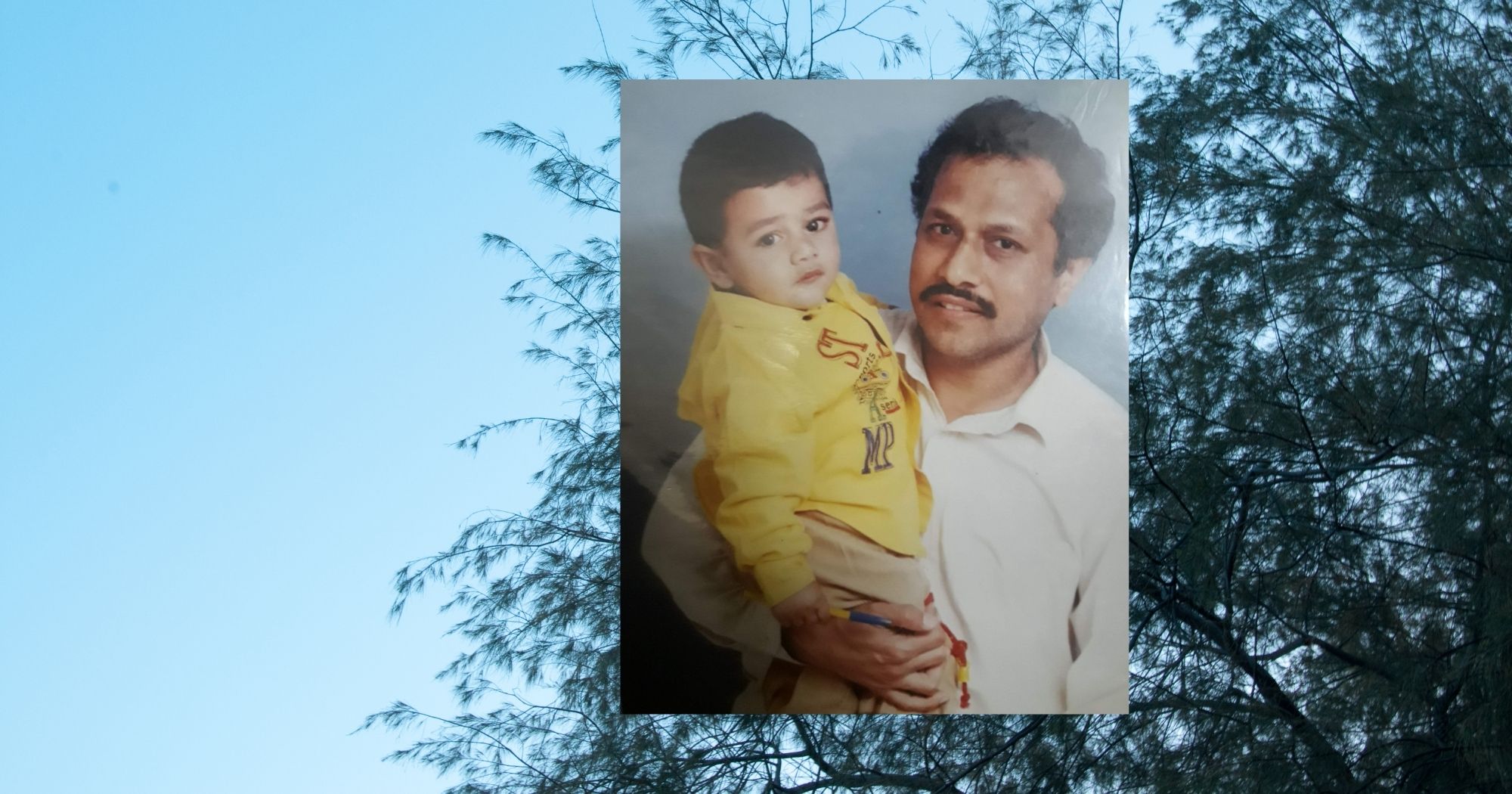 ​I sensed it had come too early. In a rush, it turned the pages of his life too fast. His body was giving up, his flesh merely grasping his bones. He had given in to the will of death itself. It made him wilt and collapse, physically, for me to realize this change. The mystic that lived within me warned, threatened, and predicted the worst. His shrunken figure, his wrinkled hands in mine—contemplating the future without him. I felt selfish, and yet my darkest deepest subconscious kept whispering, ‘you have done all you can, embrace it.’

No, my father didn’t get COVID-19, just its side effect, a wicked one. He took a pill and entered the matrix. Correction, he took more than one pill, more than his prescribed pills, and hit the matrix. The occasionally sarcastic, always joyful man I once knew suddenly became too aggressive and then suddenly fell into complete silence. His veins had never sketched out such a clear map from head to toe. It was scary to witness. Why would he do this to himself?

Perhaps to settle the mind games. 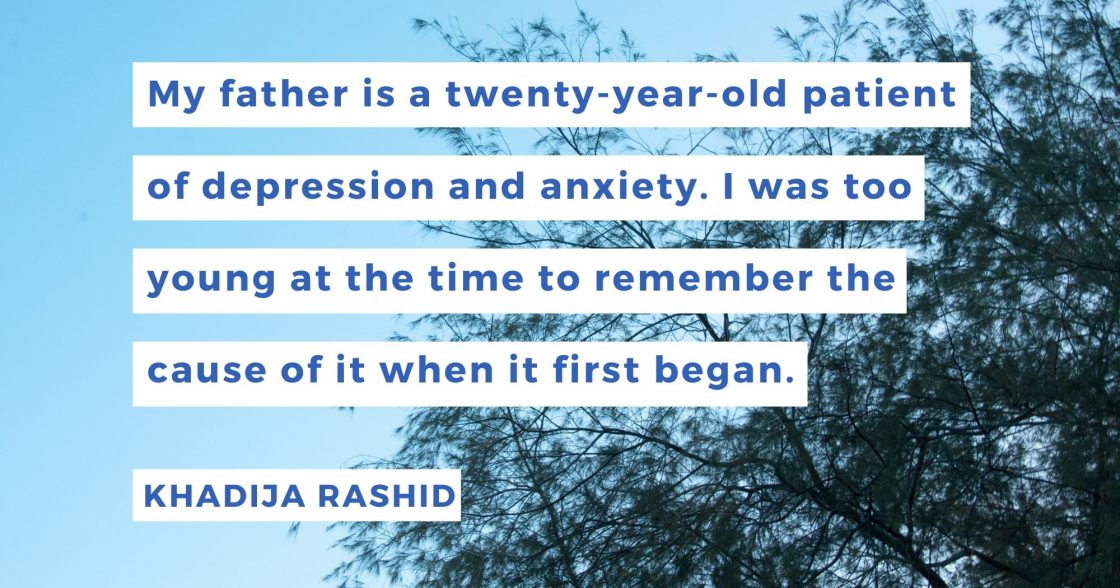 My father is a twenty-year-old patient of depression and anxiety. I was too young at the time to remember the cause of it when it first began. He has been on medication for a long time. Just before the pandemic hit, he retired from his office. The sudden change of routine and feeling of purposelessness in his life was where his depression re-emerged and started building. Before this sudden attack, he typically seemed annoyed. He acted as if he was retired from the world as well. Nothing seemed to interest him. At the same time, his feet suddenly started swelling. Since it had happened to a relative, they suggested we take him to a nephrologist. Though an expert in his work, the doctor didn’t understand my father’s mental state. And when most of my father’s initial reports were clear he assuredly said to his face that he might have COVID. That day when we got home, my father quarantined in his room until we got his COVID test report back. The next day, when I went into his room with negative test results, I found an empty blister of Anzet on his table.

His otherwise sane but anxious mind foretold he might have COVID-19 and he believed it. And though he seemed as calm as the sea, it was because he took an overdose of medication to calm the tsunami inside. The scary thing was we didn’t recognize it until the attack. It was hard to tell, he acted normally and didn’t talk about his mental state or fears. Generally, he was an overthinker, mostly these thoughts took him down a negative path. Otherwise, he never showed signs of depression, he was very punctual and responsible; a cheerful guy who always had a smile on his face. 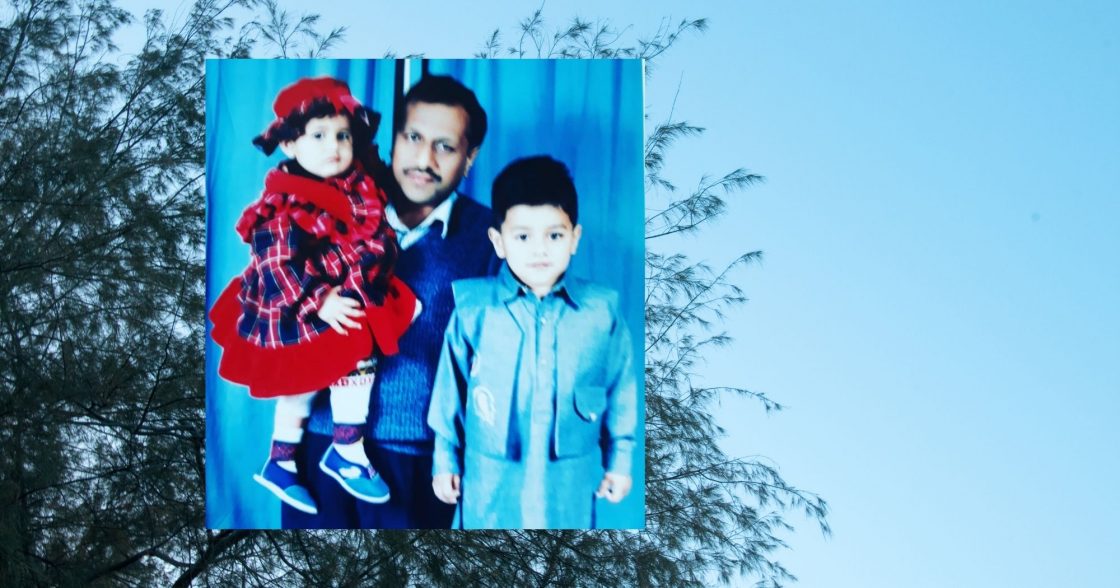 Going the extra mile, I have seen my parents leave early in the morning for the office and come late in the evening. I would pace outside, keeping an eye on the road, waiting for a blurry image of my mom and dad to appear from the wagon, walking towards me, and I would dash in a frenzy to them. Naturally, their retirement sounded promising. The wise fate must have made up for the past, all the time we didn’t get to spend with them- it did, in unexpected ways.

I thought we would get more time to spend together as a family but as soon as my father retired, as the pandemic hit and his depression spiked.  Most of his after-retirement period, we spent in doctor’s offices for appointments.  We took walks to keep him busy and his mind still. He went to masjid for prayer five times daily.  He busied himself with household duties. But slowly as his depression increased, he lost interest in all activities.

Ever seen black magic? I assumed it would be close to what I saw my father become in a matter of days. Bewitched, in a trance, possessed, he lost his state of mind and went into a state of delirium.  It started with excessive vomiting; his body didn’t even retain water. Afterwards, he lost his appetite and at night, he roamed around the house. He never said no to food; the more the merrier. It was his first rebellion against eating that became a red flag. He would tightly press his lips and clamp his jaws to not let even a sip of water from going down. If I tricked him into opening his mouth, he would let it sit there, salivating, till he got a chance to spit it out.

My father perceived it obligatory to comment and loved to give his opinion. He would have his ears up even when he looked asleep. It used to be that I would be questioning my mom but receiving answers from my dad, now, his silence was unbearable. He didn’t look at me, even when I called him, “Baba.” 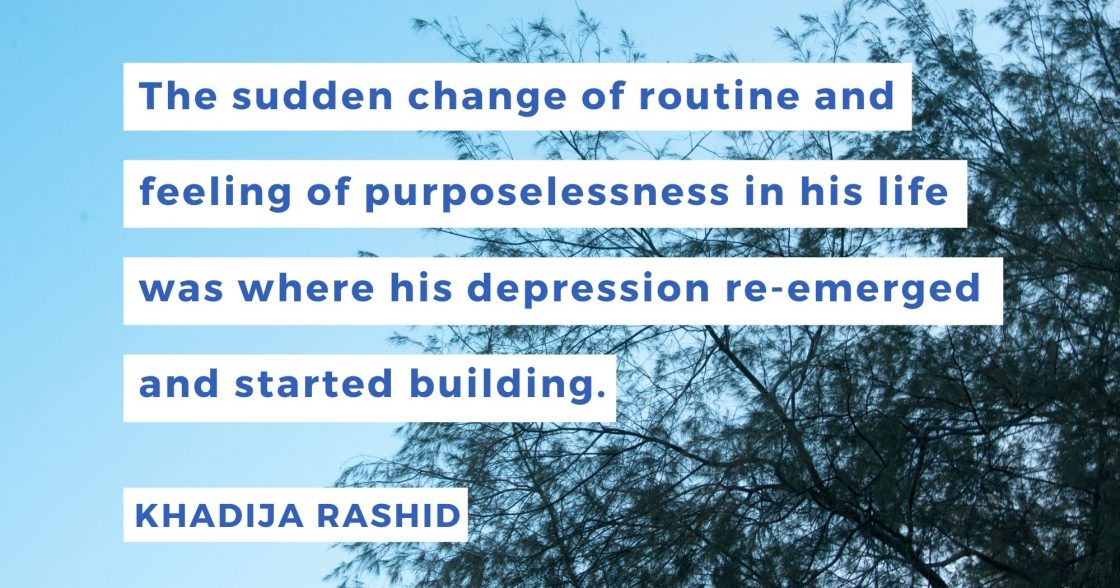 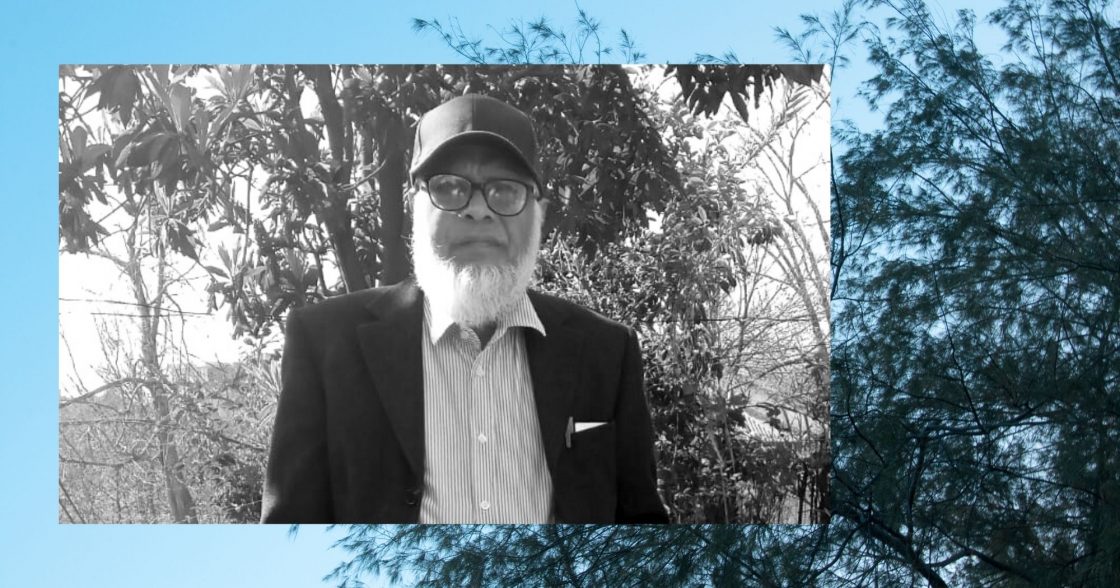 ​”I need blood, just get me some, I’ll be fine,” repeatedly he asked and asked, “why won’t you get me some blood, just get me some, I’ll be fine,” he kept going, his eyes barely open. After his attack he kept repeating these lines, he had a low blood count in a recent report and he thought if we get him some blood, he’d be fine. He kept saying that line like a recorder when we took him to his previous psychologist. He stumbled trying to stand, his shoe skidded on the floor, and he kept shrugging up his trouser and shirt—I felt the pity of what a family moving through difference.

When we got back from the psychologist, I held him tightly; he wanted to let go and run away. He would squeeze my hand, then he jerked to loosen my grip, and if I let go, he would try to run out of the house. That moment is alive in my head—I called my brother, ‘”dad isn’t in his room.” The main door was locked and when I heard the metal roof door clink; I ran to the stairs, screaming out my brother’s name. Episodes like such were rare, but each time got more intense than the previous. He wanted to get away from us, we were always attempting to make him eat, drink or take medication. He wanted to be left alone. We were just thinking of keeping him safe but internally I hoped it would end soon or I thought I would have a nervous breakdown.

After getting a relaxant injection, he would get a little sleep. I realized his place in my life in those days. My father has been the most concerned person about my education and upbringing. I always had his support and it was missing during this time. I needed him the most, and his condition crippled me. Still, I am a lucky person; I had other support. But without my father’s presence in the way I was accustomed to I at first felt horrified because he took care of everything and made it seem effortless. We couldn’t handle it like he did. My studies lagged, I couldn’t focus. In the process, I think we as a family became a little responsible and self-reliant. 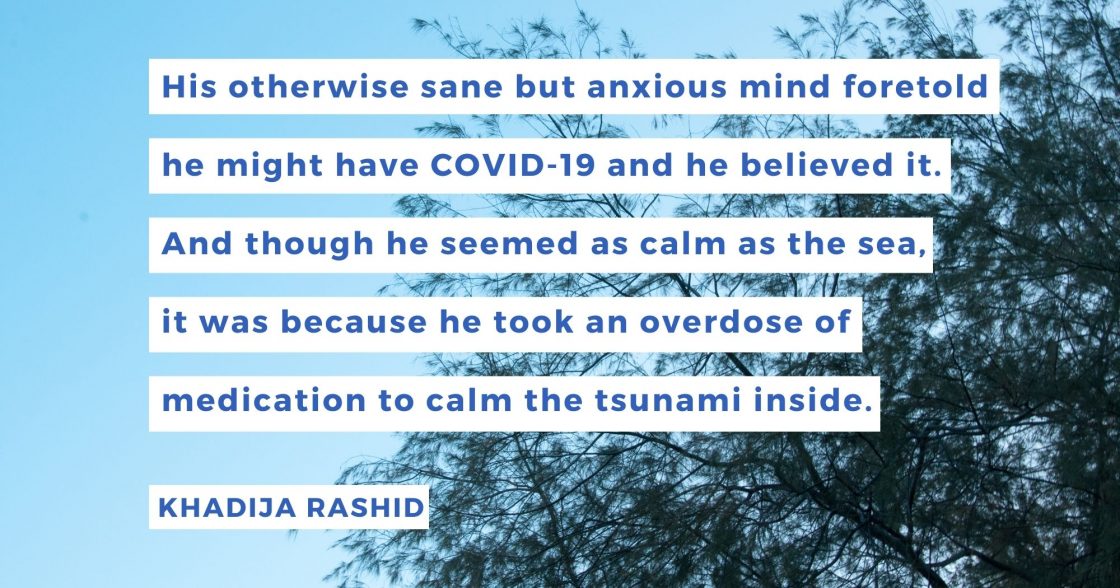 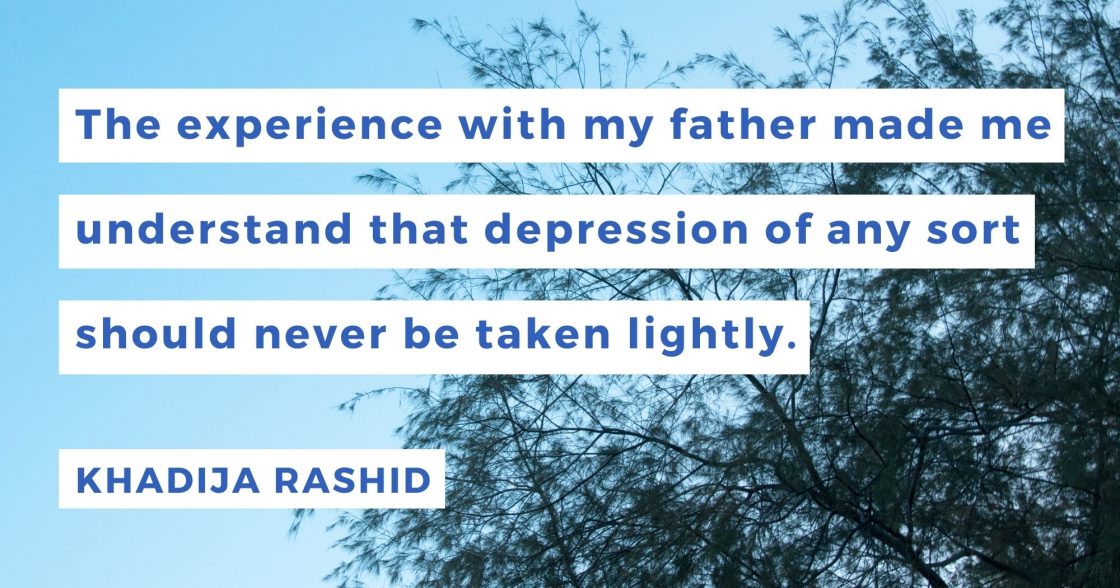 ​It was Ramzan when he got sick and then, there was EID, the most memorable day. It wasn’t a dress, the mehndi, or the food that made that time a highlight. It was my last semester of my Master’s degree and my colleagues were special to me. It was the warmth of these close friends, served with lame jokes and clumsy humor that made this holiday memorable. That call in the evening, my friends called me daily to ask how was I doing, those senseless remarks who was making these remarks my friends made to cheer me up, “nice dress, you look pretty,” though I didn’t get a new dress and I looked awful with those tangles that I didn’t have time to comb. Humor had done me a great deal. The sillier it was, the lighter I felt. “Are you ok?” someone would ask every time my last thread of hope was about to break, and I’d cling on just a little longer. Their support was unexpected and it gave me a lot of courage and hope.

Getting my father admitted to a hospital seemed rational and risky. The past and present both haunted us; in my country, it’s better to die at home, contented, at your own time, than to die at a hospital, miserable, before time. For my father, already being close to death, we took the risk. Due to his condition, he wouldn’t eat, drink and was shrinking day by day. It felt like death was near. I wouldn’t say I was anticipating his death but my grandmother before her death wouldn’t eat or drink either and shrunk to bones in a few days. The similarity between them made me worry. I kept myself from thinking about that aspect in an attempt to stay positive.

A friendly physiatrist, Dr. Burns, as we called him, gave my father the right pill and pulled him out of the matrix. It’s been a year now, he has settled, and oh my! I love my average mind now. It does so much—without corrupting my system with its evil mind games.

The experience with my father made me understand that depression of any sort should never be taken lightly. At times I lost my temper, I cried and yelled at how helpless we were. At times I felt mad as if he was faking his depression, but he was not in his senses and that had to be dealt with care. Now that my father is okay, I feel some relief. He doesn’t remember his state of delirium or as I call it being in the matrix. His condition really tested my perseverance, I thought I was patient but there were moments I lost myself. It has left me with much forbearance and understanding. When my father didn’t eat or talk, it drove me crazy, I would storm out of the room. Now looking back, I can’t believe we got through all that. I never thought I would have the courage to face a situation like this. Though we experience a difference of opinion in my family that oftentimes leads to arguments, the way we got through this time together was with connection and care. I can’t thank my family enough, and every friend and person who was there for us. We found our way outside of the mind games, together. 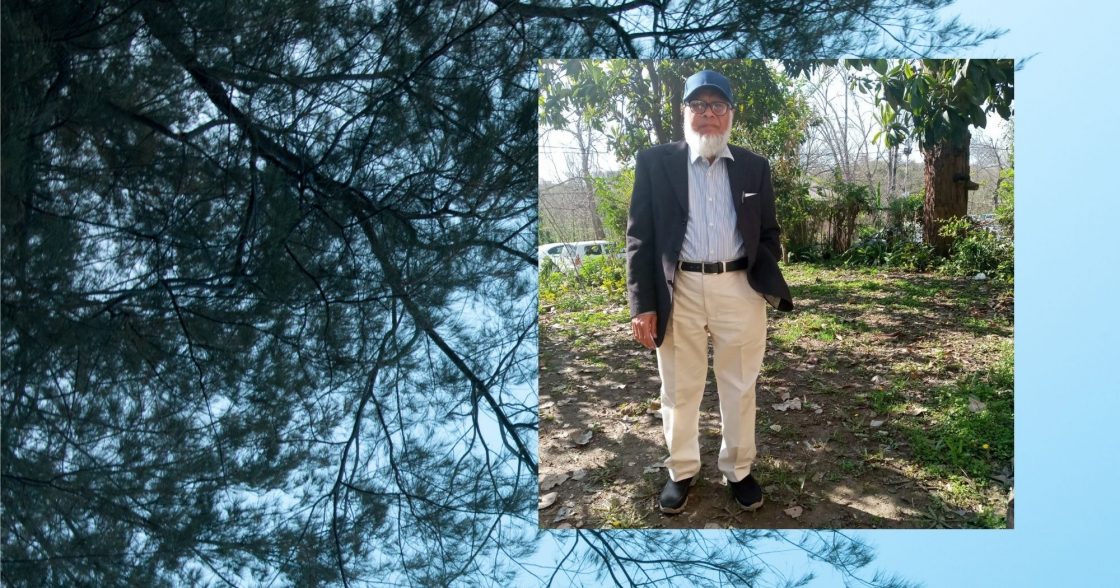 Khadija Rashid has a Masters in theoretical physics and lives in Islamabad, Pakistan. After her degree she had a knack for writing and took courses in writing. She writes flash fiction, narrative essays and short stories. One of her flash fiction stories has been published by the wingless dreamer in "Dreamstones of summer". She also loves writing non-fiction on Medium. You can check her writings on: khadijarashid.medium.com.

Third in a series of films that presents poetry for mental health wellbeing.