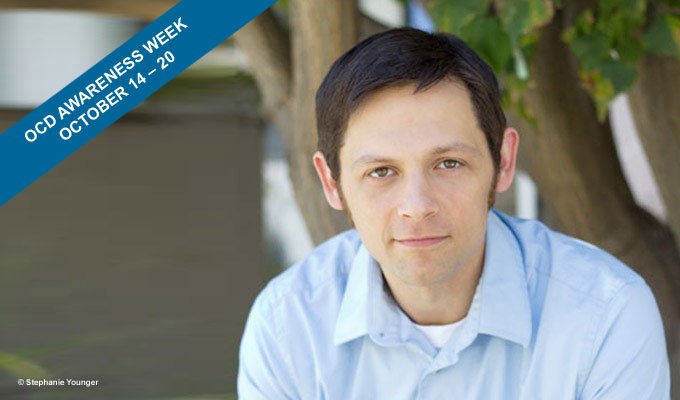 This is part one of a four part interview with Bud Clayman and Jon Hershfield.

Bud Clayman: I’m going to jump right in. What is Obsessive Compulsive Disorder? Please define it for me.

Jon Hershfield: That’s an easy one. That’s what I work with all day, every day.

Obsessive Compulsive Disorder is one of the disorders that’s easily defined by its own name. So you have obsessions which are unwanted, intrusive thoughts – sometimes[they] come with images, feelings, impulses urges but[they] are generally referred to as thoughts.

You have compulsions which are behaviors or rituals that you engage in to relieve the discomfort associated with having those unwanted thoughts. And then you’ve got this word disorder which basically means it’s sort of an exaggeration of a normal experience.

So if you were to look in the DSM, what you would see is that one of the criteria is that dealing with these obsessions and compulsions take more than an hour of your time every day. The average OCD sufferer would probably be reading this interview going, “An hour? That sounds nice.”

So [with] Obsessive Compulsive Disorder, you have obsessions, you have compulsions, and they create this kind of cycle, this loop, and dealing with those unwanted, intrusive thoughts and trying to respond to them in such a way that relieves your discomfort is consuming a significant part of your day.

Bud Clayman: What are the various types of obsessions or intrusive thoughts that people might have?

Jon Hershfield: Well, they can pretty much run the gamut only because it’s sort of up to you what you decide is an acceptable or unacceptable thought to have. As a psychiatric illness, there’s so many different ways of looking at where this is coming from, genetic, learned, experiential, and you can pretty much have an obsession about anything.

But I can tell you some of the more common ones that I see during treatment. The most familiarized in the media would be contamination obsession. It’s sort of easy to portray on film.

This would be an obsessive concern with cleanliness, with germs, a fear of getting sick, a fear of being disgusted by things that you associate with disgust, things related to the toilet, bodily fluids, substances, chemicals, etcetera, etcetera. The compulsions would be varying degrees of avoidance and trying to clean and trying to neutralize whatever it is you think has gotten on you that you might spread or you might get in your body.

Other common obsessions that you probably don’t see as popularized in the media would be obsessions where a lot of the related compulsions are a little bit harder to notice, they’re a little bit more covert. So this would be bad thought-types of obsessions. Harm obsession is very common. [This is] intrusive thought[s] of a violent or aggressive nature. What if I were to hurt a family member or what if I were to push a stranger off a ledge or self-harm obsessions. What’s to stop me from hurting myself?

Relationship obsessions are also very common. What if I’m not with the right person? How do I know I’m not in denial? What if I don’t really love my wife? Or what if I love my husband and it’s fake somehow or wrong somehow?

Religious obsession is another common one. Scrupulosity, how do I know for sure that I’m connected to my faith or that I’m not practicing my faith the wrong way? What if this intrusive thought is blasphemous and I’m going to be punished for it?

I think that hits the most common ones.

Bud Clayman: As you know from the [film] OC87 that I did, I suffer from Harm OCD. I wanted to focus on that a bit. Can you go more into what Harm OCD is and how it’s treated and especially can you talk about what’s known as exposure response prevention and how cognitive behavior therapy comes into play with that disease?

Jon Hershfield: Absolutely. So as I mentioned before, Harm OCD is a really common form of OCD although a lot of people are apprehensive about getting treatment because, you know, the core of the fear is what if I’m essentially a closeted sociopath. What if these intrusive thoughts that might be hammering you all day, you look at a person, you think, “I want to hurt that person. I want to stab that person,” or, “What if I just pushed that person?” Then you think, “Well, wait a minute. That’s not who I am. That’s not what I want. Why am I having these thoughts?” The moment you start asking yourself why you are having these thoughts, you’re already sent down this path of trying to investigate, explain to yourself, rationalize to yourself that you’re a good person.

Because this really doesn’t give you a sense of certainty that you would never cause harm to another human being, you end up on this endless quest for certainty, [and do] compulsions. A common compulsion in Harm OCD would typically be things that involve avoiding being around people, neutralizing your thoughts, repeatedly telling yourself self-reassuring things. “I would never do that. I’m not a bad person,” and avoiding any triggering media, the news, knives, and weapons, and things like that and various other sort of mental rituals [such as] trying to force yourself to think positive thoughts of safety as a direct response to the negative and intrusive thoughts about hurting. 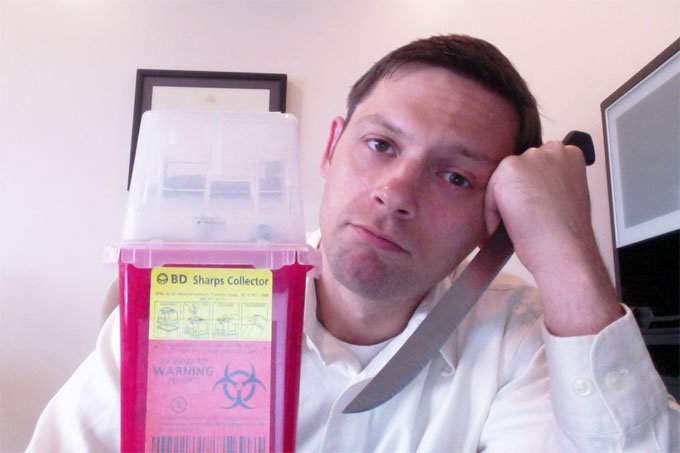 Jon Hershfield: No, it actually backfires because you already know in your heart of hearts that you’re a pretty much normal, decent human being that doesn’t have any desire to hurt anyone.

Bud Clayman: Let me just stop you for a second because I [have] a lot of anger issues so how would that come into play there because sometimes I don’t know that I’m a good human being.

Jon Hershfield: Well, ‘know’ is a tricky word. What I mean – when we say we know something, we’re basing it on evidence. “I know the sky is blue because every time I look up there, it seems to be blue to me.” That’s enough for me to say that I know and yet it’s not something I can really prove with 100% certainty. When we say, “I know I don’t want to hurt anyone,” it’s sort of, “Well, let’s look at the evidence. Do you have a long history of physically attacking people? Do you get pleasure out of physically attacking someone?”

Jon Hershfield: So okay, if there’s not a lot of evidence but we have these thoughts –

Bud Clayman: But sometimes I’d like to – I think that’s what worries me. And after that [it] gets hooked into my OCD.

Jon Hershfield: Well, this is something that you would probably want to work on with your therapist because the notion of liking a thought or even liking the experience of anger is still not providing any evidence of what you would actually do given the opportunity.

I recently, on a whim decided to buy the game, “Grand Theft Auto Five.” I’ve been toying around with it for a little bit and probably my favorite thing to do is get up on a rooftop with a sniper gun and just take out innocent people.

Jon Hershfield: I don’t know, but it seems to give me pleasure. This is not an indicator of what I’m going to do at work today. I presume. So this notion of liking a thought that’s incongruent with your identity, a lot of OCD sufferers really get caught up because they want certainty and they can’t have it. It’s not a thing that exists.

So, you’re having this thought and it’s trying to get through you. It’s trying to go through a pathway in your mind along with other thoughts like what’s for breakfast and what day is it and when’s this bus coming and things like that. You’re putting up a roadblock. You’re saying, “This thought can’t be in my mind because if this thought’s in my mind, it means that I’m going to do something bad and I could never live with myself if I did something bad.”

When you put up that roadblock, you start to feel discomfort. You start to feel anxiety because the thought gets stuck. So, one of the main treatment protocols that we use in treating OCD is exposure with response prevention which is a part of cognitive behavioral therapy. What it means is you come up with strategies to expose yourself to these unwanted thoughts, basically bring the thought into your presence on purpose and then you experience the discomfort that it causes you.

Then you try to prevent the response of a ritual or a compulsion which would be to reassure yourself or to shut the thought down or avoid what’s causing the thought and what that does, although it’s a very uncomfortable experience, is it forces you to let that thought go through you. It’s basically – you know, you’re saying, “You shall not pass – okay, fine. You can pass.”

But exposure therapy is very hard to do. You really need to have a plan. You need to really kind of structure a plan of how you’re going to gradually expose yourself to this thing that you’re afraid of and a lot of times that really requires the help of a true provider that specializes in OCD which is not to say they can’t necessarily be done on your own. But it certainly can help to have an outsider’s perspective who really understands OCD.

Follow this link to read the next three parts of this series. Bud Clayman’s interview with Jon Hershfield continues as we talk about Cognitive Behavioral Therapy, medication, OCD misconceptions, and mindfulness.

Jon Hershfield, MFT is a psychotherapist in private practice in Los Angeles and the associate director of the UCLA Child OCD Intensive Outpatient Program.

This installment of our mental health resources column highlights Instagram mental health from authors who have appeared on OC87 Recovery Diaries.