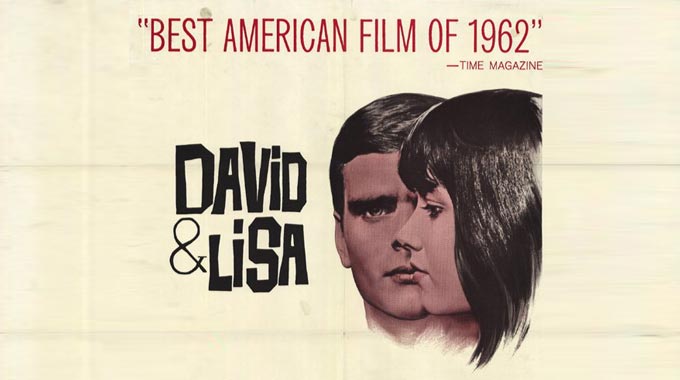 While I haven’t been diagnosed with Haphephobia (a fear of having your personal space violated), I do have a tough time being hugged. For me a hug—or the threat of being hugged—is more a threat of intimacy, even if it means just being close with somebody, whether on a romantic level or just as a friend. 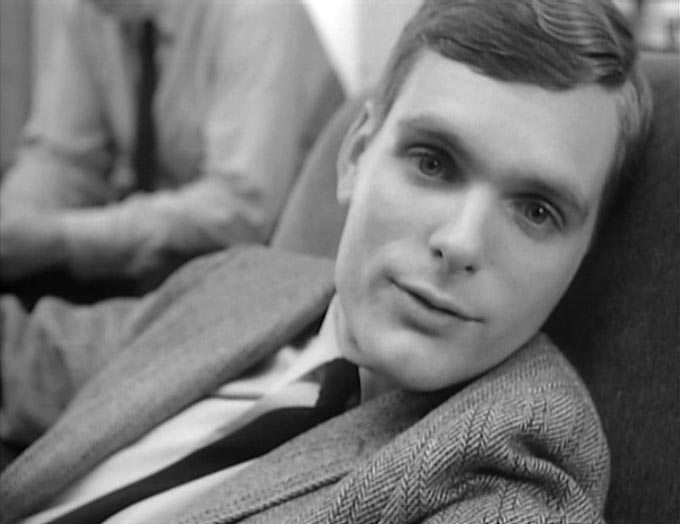 Such is the case of the character, David Clemens, in the excellent film David and Lisa which first came out in the early sixties. David does suffer from Haphephobia. Haphephobia is similar to “contamination OCD” in that a person who suffers from this and has had his or her personal space violated may feel “contaminated” by thoughts about the perceived violation. The victim will then probably engage in rituals, or behaviors, that will allow them to feel “clean” and safe. They may choose to avoid people for long periods of time if they feel it will bring about a reduction in anxiety. This is akin to hand washing rituals that those with “contamination OCD” use frequently. These sufferers will wash and wash their hands until they get a reduction in their stress level brought about by the contact with germs.

As I was watching David and Lisa, I still saw a lot of myself in David. When he goes to a residential treatment center, someone accidentally brushes against him and he goes into a rage, wanting to separate himself from the rest of the community. A similar fear of closeness happened when I entered my own first residential treatment home. I was thirty-one years old. I wasn’t sleeping at night and I wasn’t sleeping during the day. My insurance had run out on the daytime treatment program I was attending, and my bipolar disorder (undiagnosed at the time) was kicking in high gear! I also had trouble working at a job, as concentration was very difficult for me because of the mood swings I was experiencing.

When everyone would gather for community dinner, I would purposely make myself sit alone at a separate table. I knew instinctively it was not what I really wanted but my rules for remaining distant and remote from people commanded me to stay apart. I didn’t hear voices or anything like that but I did create a strict set of rules for myself, and remaining isolated was one of those armored boundaries I had trouble breaking. Luckily, the treatment center helped by encouraging me in non- threatening ways to eat dinners with the rest of the therapeutic community, which I did. I also made many friends and on the last day of my stay I didn’t want to leave. (My insurance ran out—but that is another story to which many people can relate.)

David and Lisa stars Keir Dullea (who would later go on to star in the sci-fi epic, 2001: A Space Odyssey) and Janet Margolin as the young Lisa who suffers from split personality disorder. Personality number one is Lisa, who is only four years old and can only speak in rhymes. Her second personality is Muriel, who can only communicate through writing. Despite Lisa’s disability she can relate to others (unlike David), and they take a liking to each other. She brings him out of his shell. It’s a charming relationship only made better by the portrayal offered by Dullea and Margolin and brought to realization by the excellent director, Frank Perry. 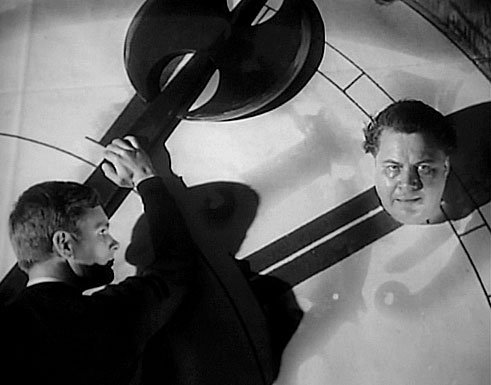 There are also some startling visual scenes in the film that I credit to Perry, Cinematographer, Leonard Hirschfield and screenwriter, Eleanor Perry (the director’s wife). One scene in particular has to do with a giant clock. Often, when David gets angry with someone for violating his personal space either emotionally or physically, he has a recurring dream where that person’s head is usually sticking out of the number two position of a huge timepiece. David is then in total control and with great effort , he manages to move the clock’s hands downward to decapitate the violator’s head. There are no executions seen in the film but as the camera cuts away or David wakes up in a pool of sweat, we are left to feel David’s anger in a striking visual way.

I have often had my own visualizations of hurting people who make me angry. I’ll think of blowing the violator’s head away with a gun. In my mind I just pick up the gun, hold it close to the person’s temple and pull the trigger. The next thing I hear are two large pops and the person’s head explodes. This has been a coping problem for me with my battle with “harm OCD.” People like me who have these conditions are often afraid they are going to act on their thoughts! When that occurs, it creates a high level of anxiety and causes someone like myself to not go out and instead, isolate. And as my doctors have told me, nobody gets one hundred percent certainty that they won’t act! I might then try and gain reassurance by telling myself that I am a compassionate person and am able to feel guilt every day when I do something inappropriate or wrong. (This last step is complicated because I also have Asperger’s, and I have trouble feeling things.) But the OCD mind can defeat that by saying, “Well what if you get so angry that you don’t act compassionate?” It’s an endless, vicious circle.

One of the goals of treatment for “harm OCD” is to learn to live with the thoughts. The more you try and kick them out, because of the nature of our minds, the more they’ll stick. Another important goal of treatment for “harm OCD” is to accept that if you do act out then you’ll have to cope with it. You have to live with the risk that if you stab someone to death you will probably spend the rest of your life in prison. But the endless rituals (reassuring ways to avoid the anxiety of possibly killing someone) can become their own prison for the sufferer of “harm OCD”! 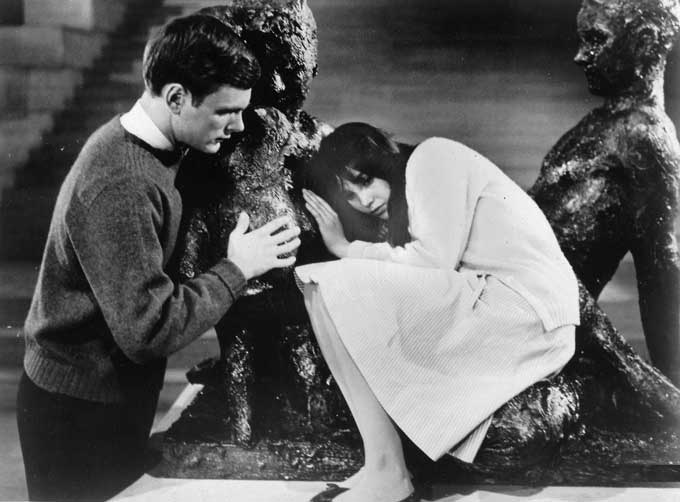 David doesn’t suffer from “harm OCD” but he does live in an emotional prison. However, as the film progresses, David works with his psychiatrist and gradually he learns to trust people again. In the last scene of the film, he actually allows Lisa to hold his hand. She has run away from the home because of a misunderstanding and she is lost and distraught. David realizes this and his fondness for her outweighs his need to remain safe.

In some respects, I am experiencing some of the same revelations that David has in David and Lisa. Until recently, I had led a very isolated life and would pick and choose people with so much rigidity and judgment that I would often reject someone who could have been a good friend, which I deeply regret. My need to be in constant control for fear of being hurt by someone usually prevailed. In other words, those armored boundaries were too strong for my own good. 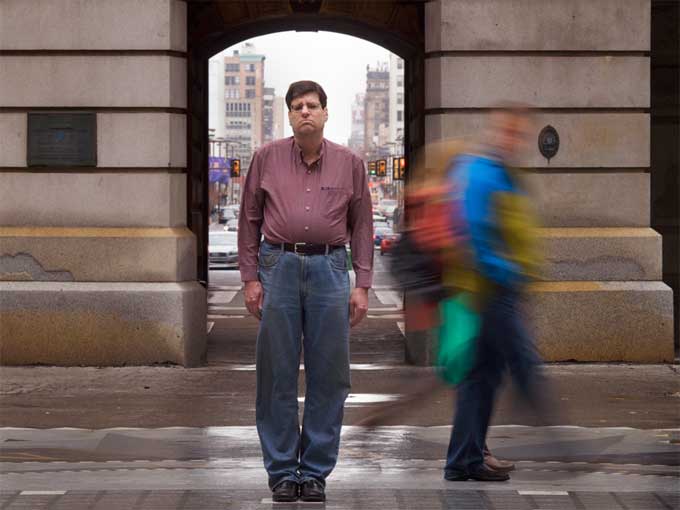 But, as I was eating dinner alone at home, about two weeks ago, I felt like I had hit a wall. I could go no further. I could isolate no longer, especially, romantically. When I was hurt many years ago by a friend’s sarcastic comment (we have since mended the ways through the making of the movie OC87) I shut down all of my feelings for people and life. But there is an obvious consequence for doing this: intense loneliness and a lack of empathy for others. Although I attribute some of this experience to my Asperger’s Disorder, it is also brought about by plain hurt and a need to survive and self protect. And in my case overprotect! I realized on that Saturday night a few weeks ago that I felt I could protect myself no longer and felt something akin to a door opening inside me. As I write this essay, I have already had lunch and dinner with three people in a four-day span and will meet with three other people in the next week. I don’t think I have done this much socializing since I was in that residential treatment program many years ago and that was forced socialization. Now, my social calendar is filling up by choice and it feels great to be out there amongst the living again.

I am beginning to trust in people and life like I did when I was younger, before the hurt occurred. Only this time, I know how to take care of myself in case I get burnt again and that could certainly happen as one becomes more open and vulnerable.

There is definitely more to the David and Lisa story as Theodore Isaac Rubin wrote a sequel to his novel of the same name in 1986. In the later storyline, David is a doctor at the institution where he first encountered Lisa. Lisa contacts him and they resume their relationship, although David is still ensconced in that therapeutic world.

This also resonates with me. I have been a patient who has been deep into therapy for many years, often using therapy as an end itself, rather than a means to get better and feel safe in the world. I have often questioned whether or not the therapy was working if I was only feeling safe in the doctor’s office and not in the outside world? But these last three days and the notion of what will follow are a rebirth for me. They are confirming what I suspected all along: if I stay in therapy long enough and with the right therapeutic “teachers,” I will feel safe again outside of their jurisdiction. And that’s been happening. I have often felt like I wanted to be a doctor like David to help others as I’ve been helped. I don’t know if that will happen—I don’t know if I have the dedication and strength to do that—but helping people in some capacity is certainly something I want to do, as is the case with many of us who have come through this hell called mental illness.

It’s been a long journey but therapy, friends and the financial means to survive in this world have all proved beneficial. David encounters this same support and it allows him to thrive as well.

David and Lisa is available on Netflix.

Obsessive Compulsive Disorder is one of the disorders that's easily defined by its own name. So you have obsessions which are unwanted, intrusive thoughts