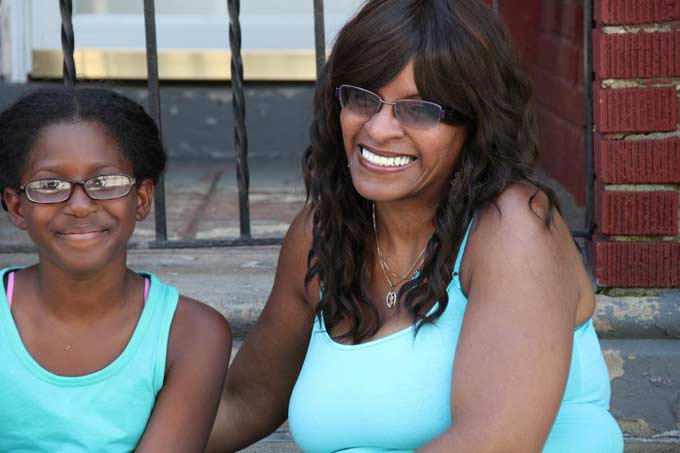 “Stigma is an ugly word. It makes me very angry inside. Because people don’t understand. When you say ‘depression,’ they look at you — they try to see it on your face. ‘I don’t see it,’ they say. Well you can’t. So, I want to put a face to it, and it’s not the face that you think it is.” —Darlene Holmes Malone

When you look at Darlene Holmes Malone today, you see a vibrant, confident and beautiful woman who gathers strength in life by helping others. What doesn’t show is the difficult and delicate path of her life — a journey tangled with abuse, depression, other mental health challenges, and alcoholism. 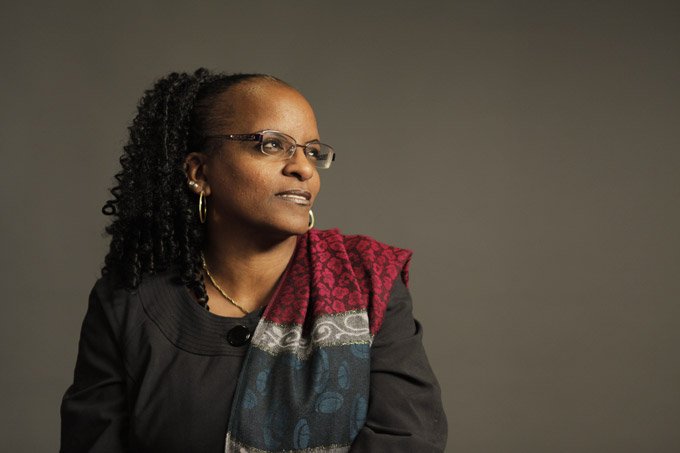 She is a wonder. Not only is Darlene a graduate of the program at the Germantown Recovery Community (GRC) — part of NHS Human Services in Philadelphia, PA, she now volunteers at GRC’s Hollywood Beauty Salon. In addition to her work cutting hair and doing nails, she designs and sells her own jewelry, and she’s working on coursework that will get her to college. She is also a woman who recognizes the power of her story, and wants to use her life as an example to help others recognize their own inner beauty and worth.

For over three years now, I have worked in creative collaboration with Germantown Recovery Community members, who imaginatively share the Hollywood Beauty Salon’s story and their own powerful narratives of transformation to create Hollywood Beauty Salon, a feature-length documentary film of the same name. Our film portrays the hopes, dreams and adventures of the participants as they gather in the salon — and journey out into the world — supporting one another in their recovery. 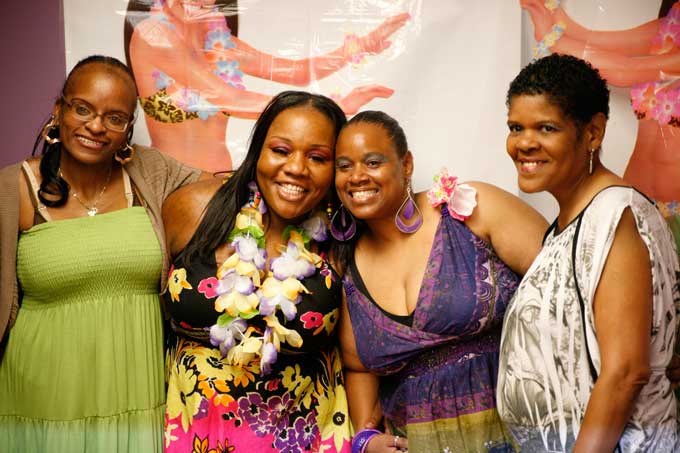 In our initial workshops, participants brainstormed about scenes that would accurately depict their journeys of recovery. Darlene spoke about the wish to speak to herself when she was a young child, a victim of abuse and neglect by the foster care parents who were entrusted with her health and welfare. The scars of childhood run deep, and Darlene’s amazing idea was to bravely face those dark years head on, by having a conversation with “young Darlene,” or “Dee” as she used to be called.

My pain has made me a very strong person. And it still hurts sometimes. But it makes me fight it even more because I’m determined to get better.

Darlene stated that her wish to speak to young “Dee” stems from the awareness (which took her many years to realize) that she was not responsible for the things that happened to her as a child. They were the result of bad choices made by the grownups who were in charge of her well-being.

Darlene wanted to share a simple and powerful message with herself. 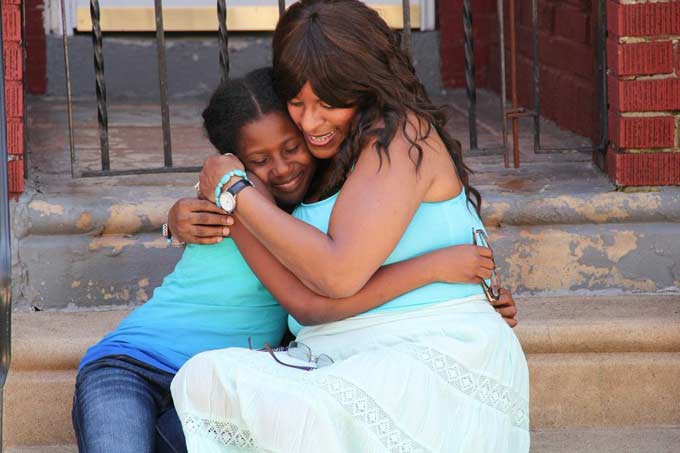 The script was improvised in an emotional workshop at the Hollywood Beauty Salon. There was an equally emotional casting session to find the young actress who would play “Dee.” And finally, on one very, very hot summer morning in Philadelphia, we filmed the scene in the same neighborhood in which Darlene experienced those years of neglect and shame.

I’ve been told that this exercise — having a conversation with yourself as a young person, or talking to your “inner child” — is one used in therapy. In fact, a quick Google search for “inner child therapy” comes up with hundreds of links to discussions about therapy and psychotherapy techniques. It makes sense — we were all once children, and that child still dwells within us. Psychologists note that a lack of consciousness related to our own inner child is precisely where so many behavioral, emotional and relationship difficulties stem from. We are encouraged to create a healthy relationship between our adult self and our inner child.

Darlene’s desire to talk to her young self germinated from a place of deep personal pain, and has grown into something very beautiful. But it wasn’t easy. Many tears went into each step of production. I am grateful that she was willing to take such big and bold steps to help make the film possible. Watching her performance fills me with deep sadness — sadness that any child should live with such pain and neglect — but I am also filled with great warmth and hope.

My reason for participating in the film is to help every women, man, boy, girl, or adult out there that suffers with self esteem issues and let them know that, you’re not alone.

There are many lessons about life to be shared by people who have lived so much, but who have rarely been asked about their experience. Even more rare is the opportunity to use a creative medium like film to explore their lived experience, and portray worlds real and imagined. 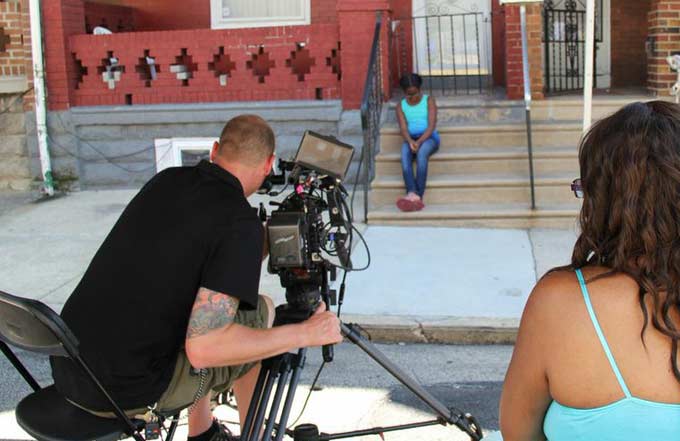 On set with little Dee (Tamika Tukes) and Darlene

Darlene’s story is just one of many told in this upcoming feature-length documentary about the Hollywood Beauty Salon titled, imaginatively, Hollywood Beauty Salon (the website for the film is hollywoodbeautysalonmovie.com). This colorful and inspiring feature-length documentary is about surviving mental illness and violence, struggling with loss, finding courage for recovery, and discovering the beauty inside each one of us.

Hope is feeling within that I give myself that I know tomorrow is a new day — which is a key word that I live by. I can have a bad day yesterday, and I always tell myself, today’s a new day. Whatever the problem, whatever is going on, and I even say it in my prayer, “Lord, okay, today’s a new day.” 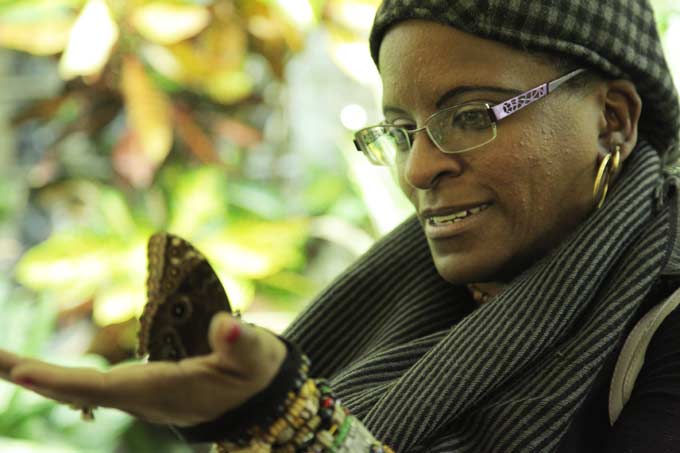 Healing Hurt People works with young people in Philadelphia who are seen in the emergency room for violent injuries (gunshot, stab, or assault wounds).