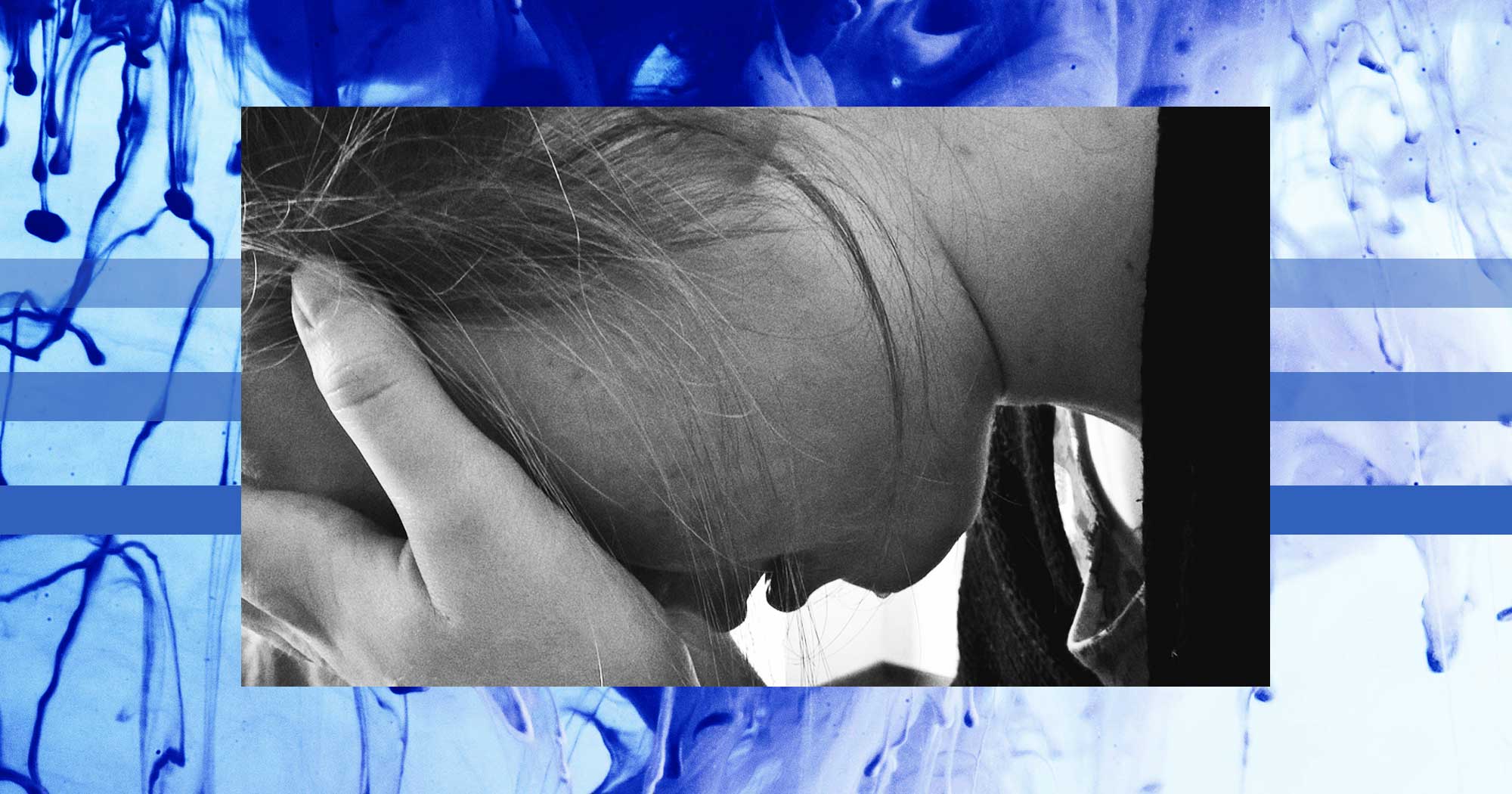 Plaster, it turns out, is difficult to repair.

That’s why the holes I put in the wall, some with my fists and some with a crystal doorknob as I slammed the door open in rage, still show evidence of last year’s adult tantrums. I don’t like to remember or admit that I acted this way: sometimes screaming uncontrollably until I lost my voice, other times collapsing for hours into an inconsolable heap on the bathroom floor. I can see now, of course, that these were not acceptable responses to domestic conflict, or really to any stimulus.

My relationship certainly had significant problems—the State of California calls them “Irreconcilable Differences,”—a gaping lack of fulfillment of my needs, and empty promises. My relationship felt as pointless as my job and everything else in my life.

It’s awfully nice to be free of that relationship, of that job, and living with my new guy on a beach in Spain now.

At around age twelve, I was forced into family therapy because, in a similar pattern, the legitimate problems in family relationships were exacerbated by my screaming tantrums and slamming doors. Sometimes my parents grew tired enough of this behavior that they took my door away, off its hinges and into the basement.

In therapy, I grudgingly completed a boring questionnaire on a boxy computer. The questions were surprisingly transparent (“Do you think about death?”). So I laughed when they diagnosed me with depression and, with my preteen arms crossed on a too-deep red tufted couch, I sneered and firmly informed everyone that I knew what they were doing, I didn’t have depression, I would never take their medication, and I’d always find a way around their attempts to make me do so. They knew I meant it.

For the next ten years or so, I lived with that denial as the truth. In my mid-twenties, though, I noticed disturbing symptoms in myself, such as these enraged, tornado-like reactions to small disagreements.

I self-diagnosed, then self-treated. Eating better, more regularly. Exercise. Therapy. Natural supplements. Meditation, or at least fidgeting around attempting it. Volunteering. Motorcycles. Yoga. A support system of friends ready to spring into action. These interventions all helped—in their own ways—but, ultimately, became less effective over time. My angry episodes worsened. My lack of control over my anger at slight annoyances got me physically attacked several times—like the instance when I made an unpleasant face at a woman who’d almost flattened me and my dogs with her car. When I snapped back retorts to her nasty comments, she stalked me down the street and punched me in the back of the head. My mini poodles disappointed me with their distinct lack of heroics.

When I finally saw a psychiatrist, she expressed surprise that I was still alive, having been afflicted with depression for so long without medical treatment.

“Depression is like any other health issue,” she asserted matter-of-factly, as if I should have already known this. “It gets worse with age. Did you expect it to just get better?” I dropped my head, avoiding her gaze. I had expected that, actually.

She gave me drugs. This time I took them. 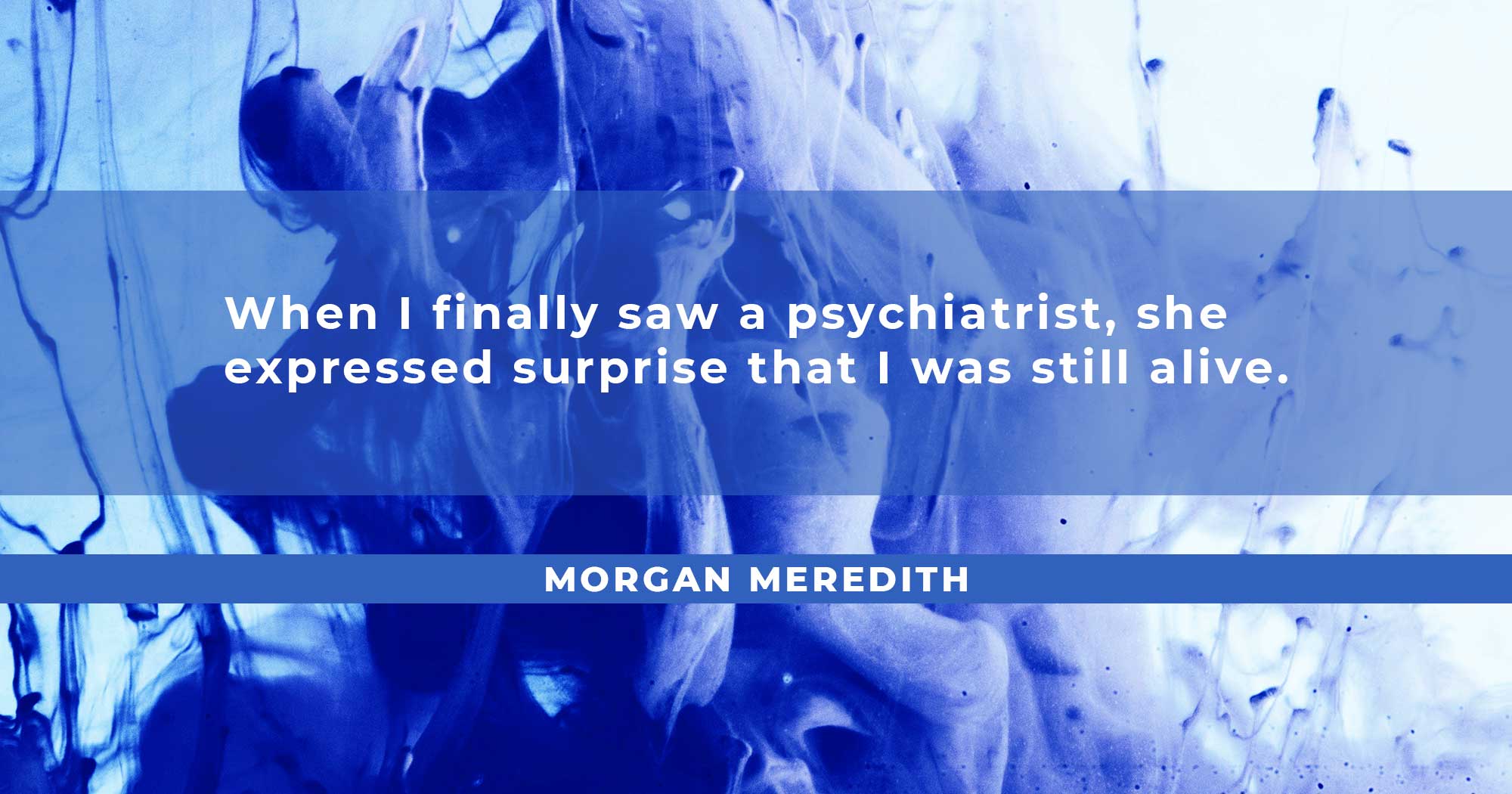 I endured months of side-effects: weight gain, weight loss, migraines, nausea, strange rashes, lethargy, not sleeping, sleeping too much, muscle aches. My depression symptoms also worsened: I was moody, too anxious to get out of my Prius at work and often escaping to the bathroom to cry, while occasional suicidal ideation became full-on contemplation of exactly how to create a suicide-by-cop scenario in idyllic Santa Monica on my way home. The drugs hitting their threshold, feeling for months like a brand-new person without the anger and irritability, then a debilitating crash when my meds “pooped out” (the medical term delivered, straight-faced, by my grey-haired psychiatrist). Losing so-called “friends”, whose parting words included gems like, “Sorry, Morgan, we just can’t be friends until you’re cured of this. Good luck!” and “If I’m there for you through this, you owe me.” Starting over with the pharmaceutical search.

Finally, I found a compatible medication combination and my health improved. My outbursts subsided; my irritability lowered. Waiting in line seemed less intolerable to me. I even stopped being sensitive to high-pitched noises. In fact, everything in life looked hopeful… except my relationship and my job. Both seemed far worse.

“With depression,” the doctor explained in her gravelly tone, “it’s like you’re sitting on the ground and someone is shoveling dirt all over you. You don’t mind; you may not even notice. Once you emerge, though, you don’t let that person cover you in dirt anymore.”

She tilted her head forward and peered at me over thin grey bifocals, eyes squinting to measure whether I got the impact. “Your relationship is suffering now because you’re coming out of the depression, standing up for what you want.” A pregnant pause, from a woman who worked for decades as a psychiatrist in a penitentiary, seems extra serious somehow. “You’ll be getting divorced soon.”

Though I argued that day, she was right. 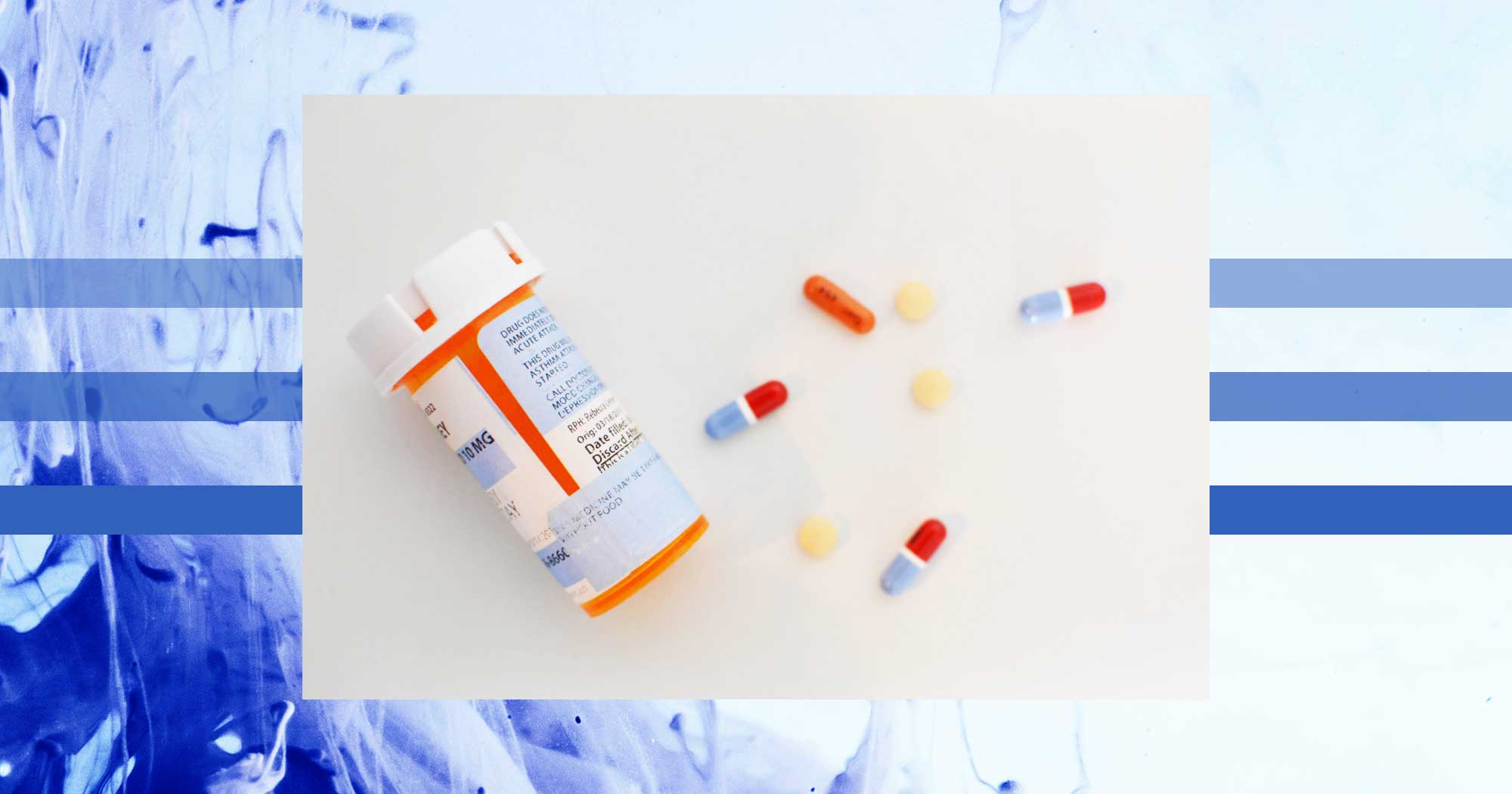 While healing, I re-evaluated every aspect of life. My job wasn’t serving me, so I left. I finally saw the truth about my eight-year relationship, that no matter how many more years I patiently waited, no matter how many more counselors or books or retreats I found us, the situation wouldn’t shift. Leaning back in an antique wooden chair I’d lovingly filled the dining room with in better times; he stared coldly into my eyes and stated flatly, “Your depression makes me scared to talk to you.”

We “took a break”, which I think we both knew was permanent.

I was immediately and enthusiastically hired for a new job where I felt not abused, but appreciated. I tentatively entered into a new relationship, one where my occasional breakdowns don’t come with admonishments like, “Are you taking your medicine? What’s wrong with you? Who even are you right now?”, but instead elicit empathy. “It’s ok for you to feel like this,” he assures me, gently stroking my hair while I cry for no reason as if I’m mourning the death of a best friend. “You haven’t felt like this in a while,” he offers. “You’re doing great.”

And a few months ago, he asked me the big question.

“I want to travel the world,” he began solemnly over juicy home-cooked chicken, “and I want you to do it with me.”

I said yes. I said it immediately, without thinking. 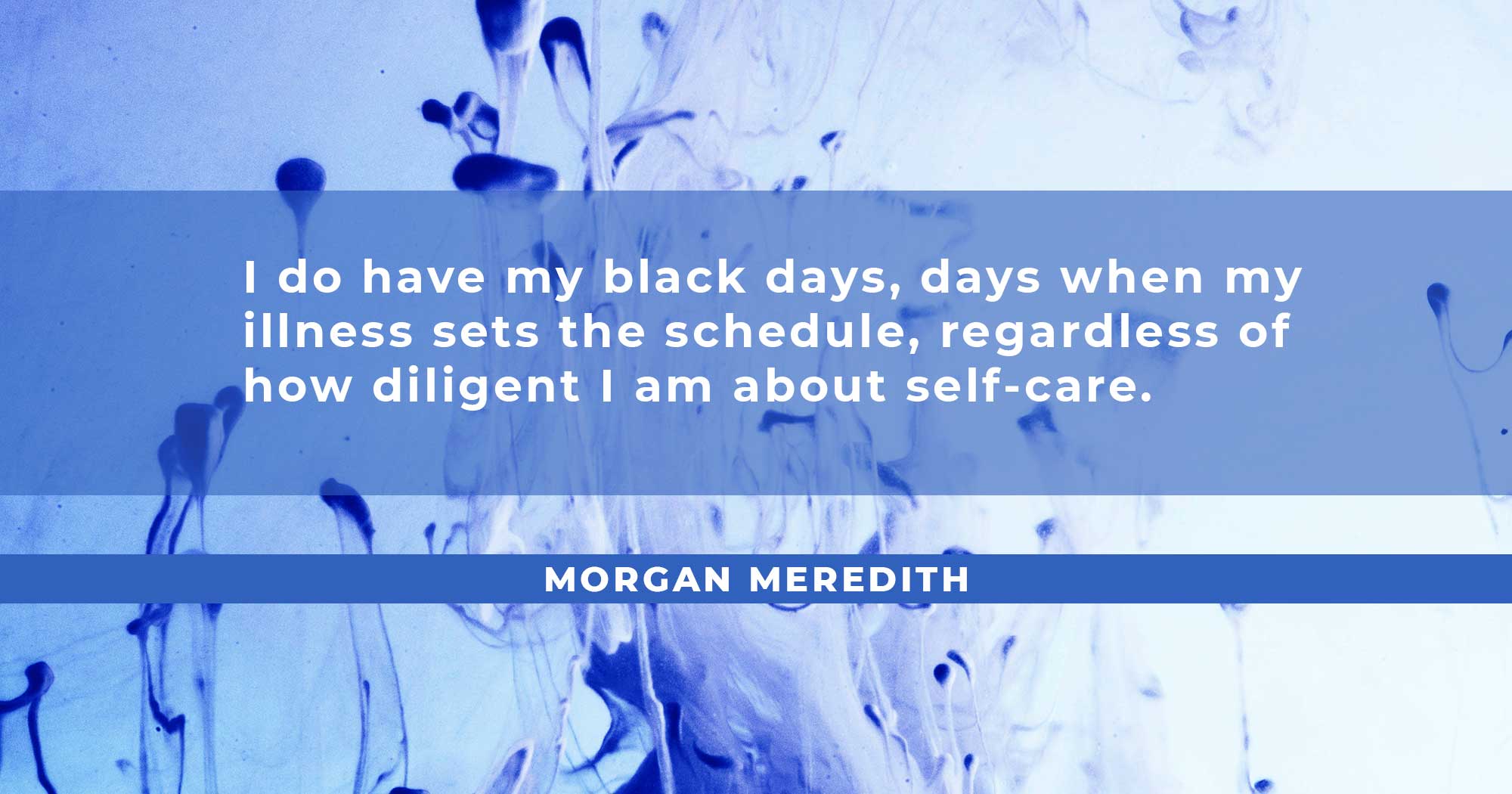 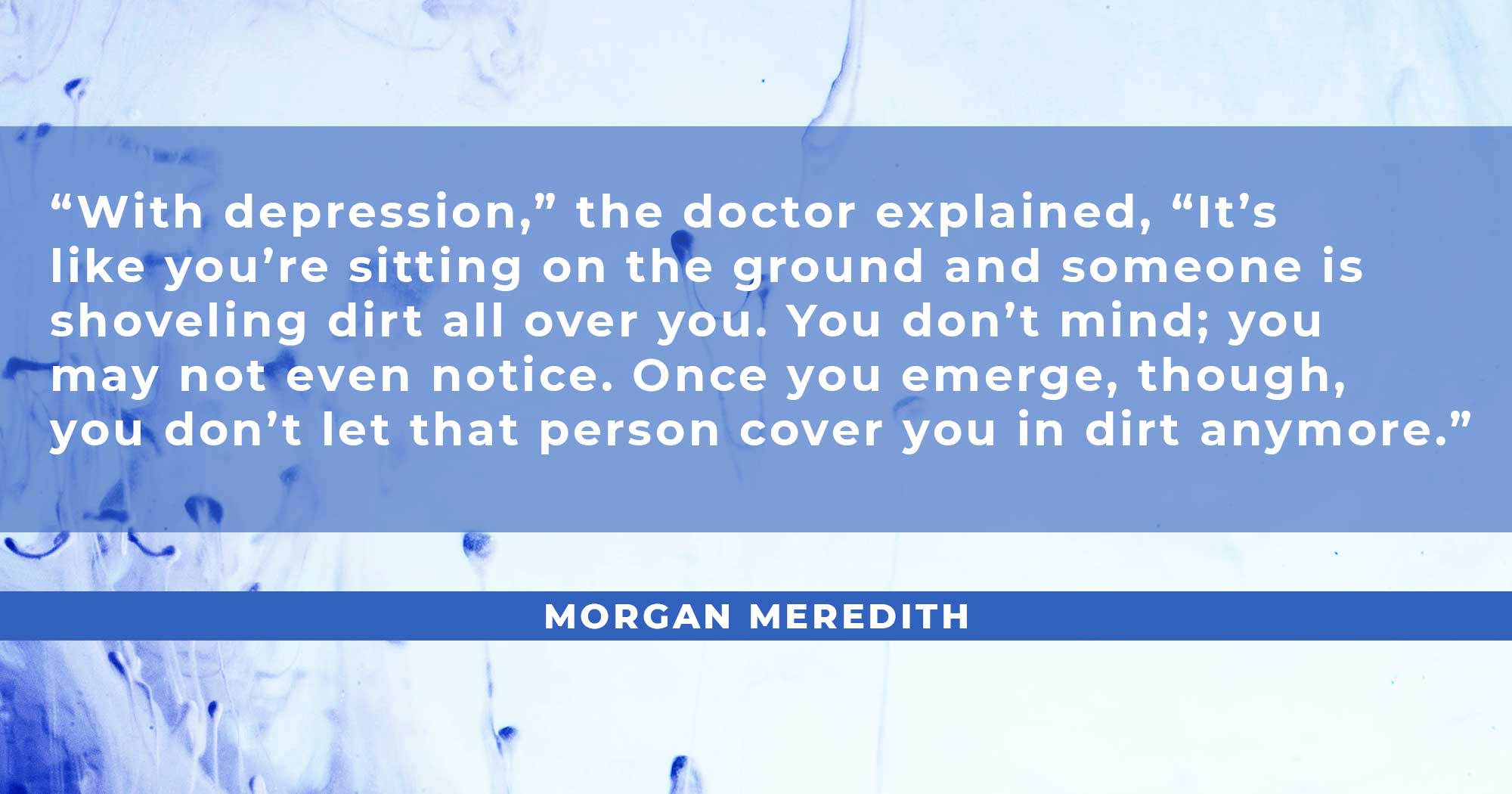 The heavy lifting to create this new life sapped my energy throughout those next months. Cohabitating awkwardly with my ex for financial reasons, being pressured to allow uncomfortable situations and people into my personal living space. Resorting to Craigslist to find a renter for my room (sorry but no, the holes in the wall don’t get you a discount). Quitting my job (the good one) with nothing steady lined up. Saying potentially indefinite goodbyes to friends, family, home, country. I survived, though, and my present happiness was worth the struggle.

Today is a good day for me. I do have my black days, days when my illness sets the schedule, regardless of how diligent I am about self-care. Days when the only attraction I see in Bangkok is the underside of the blanket in my hotel, or when I’m so anxious on a scuba dive in the Maldives that I splash back to the boat only twenty breaths after jumping from the boat. I’ve learned to accept that I’ll likely always have these, hopefully with less frequency and intensity over time, and that traveling indefinitely with mental illness simply takes more work than living as a neurotypical nomad.

And this has become my passion: helping others break beyond perceived boundaries, beyond messages like “you’re too sick,” to choose a designed life. You can leave those holes in the plaster and their memories behind, and start again. It won’t always be easy, but you can. 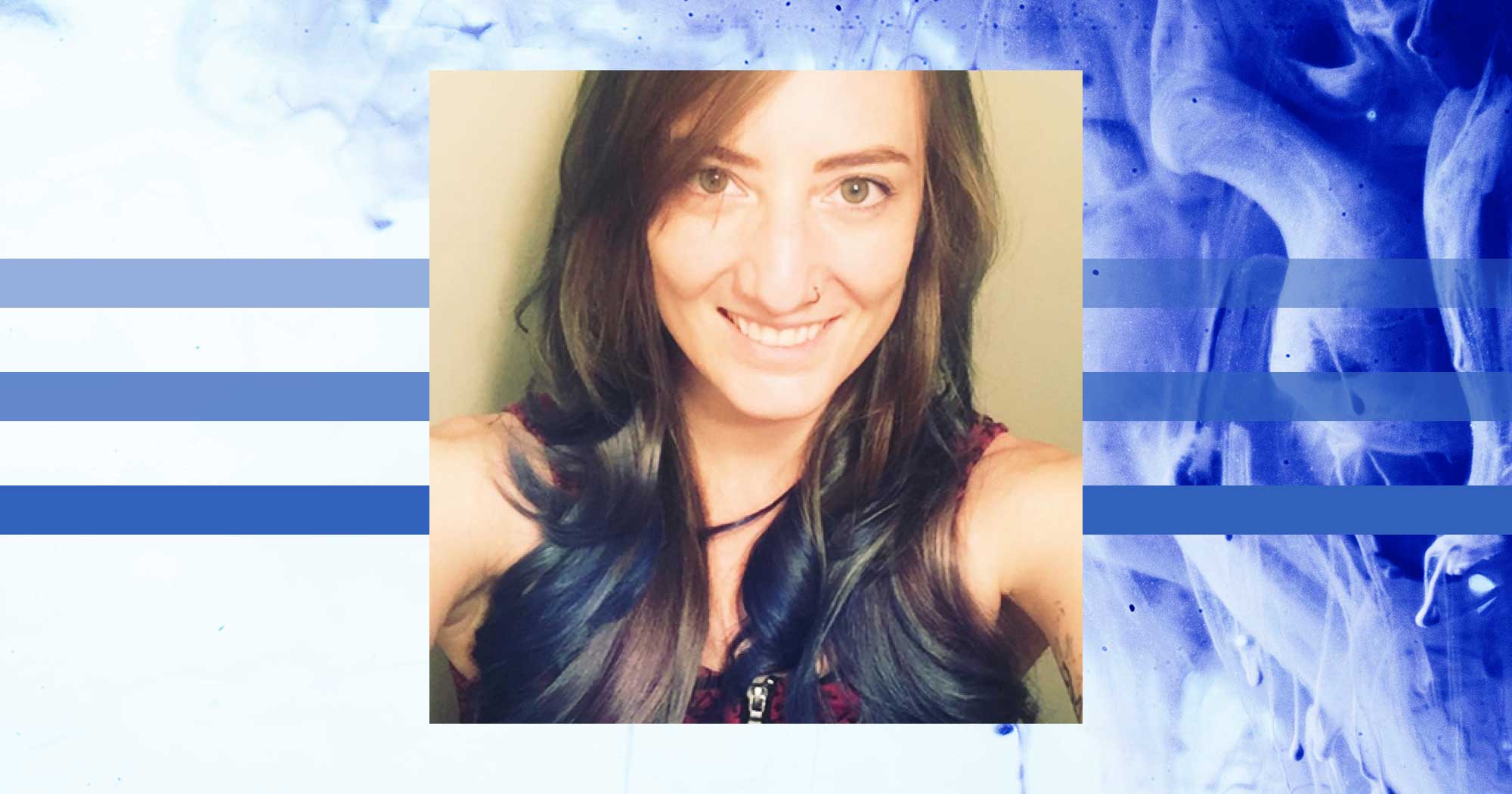 Morgan writes about mental health, travel, and tech, based on her own experiences as a digital nomad with depression. She advocates destigmatizing mental illness and Living a Blissful Life . Hire Morgan for your project or speaking engagement at iammorgan.com.

These images of mental in pictures are not what the public wants people to show. They are reality. They are dirty, messy, uninhibited, and true.